51 Unique + Unusual Things to Do in Budapest | Hungary 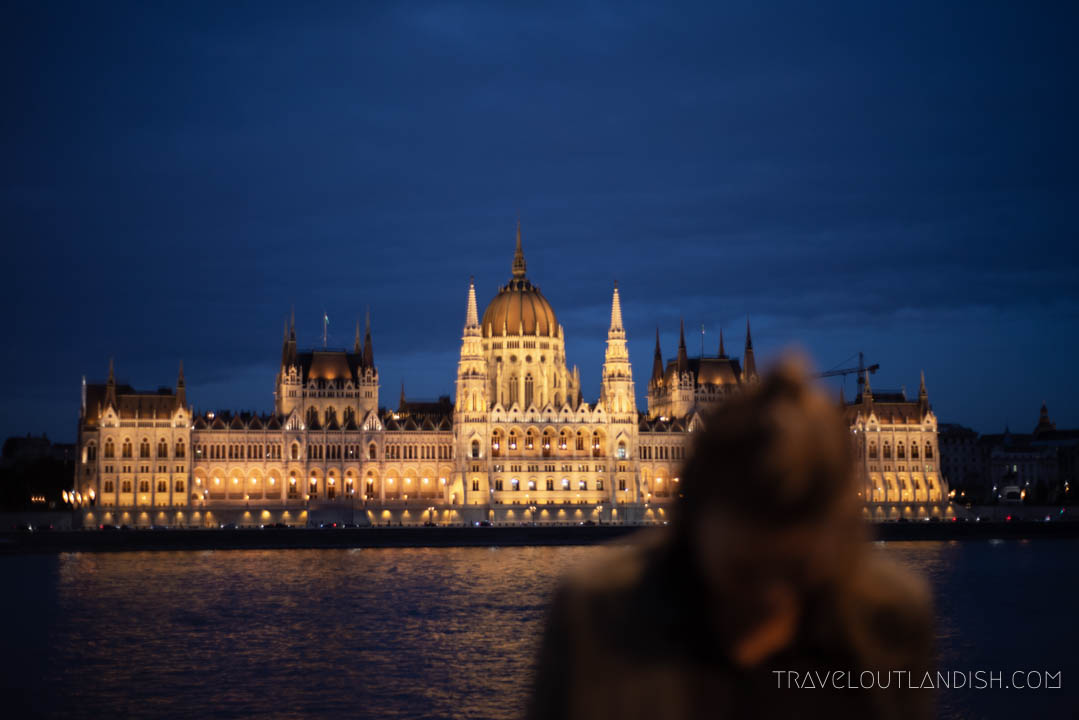 Before getting to Budapest, my picture of the city was limited to an image stock photo websites must have sold hundreds of times. The photo of was Budapest just around sunset. It gazed down at a wide stretch of the Danube that dipped under the Széchenyi Chain Bridge and wound past the Hungarian Parliament with its gothic towers. The city was lightly illuminated and it was for sure pretty enough for a postcard. But what the hell goes on in Budapest beyond the skyline?

1. Rent a MOL Bubi bike to explore the city. 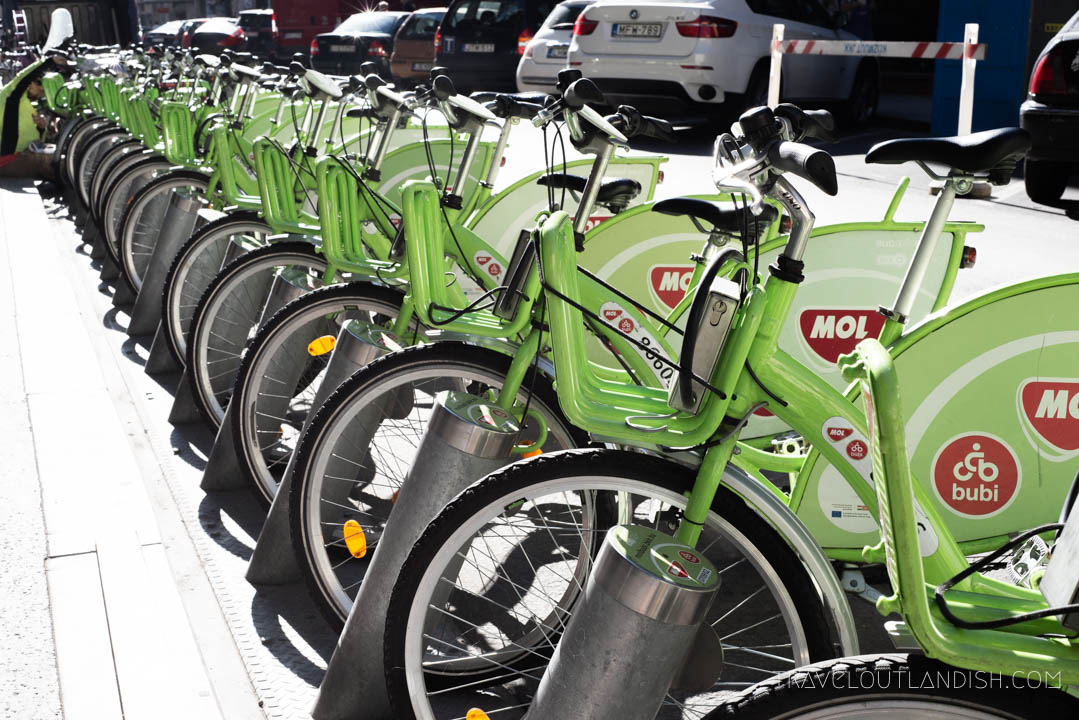 2. Grab a beach chair and spend a day on the Danube at Római-part.

3. Take a ride on the Budapest Castle Hill Funicular.

4. Take a peek inside the Metropolitan Ervin Szabó Library.

5. Catch a film at one of the city’s many indie cinemas like the funky Művész Mozi or kitschy Corvin Cinema.

6. Go for a round in the lazy river at the very famous Széchenyi Thermal Baths. 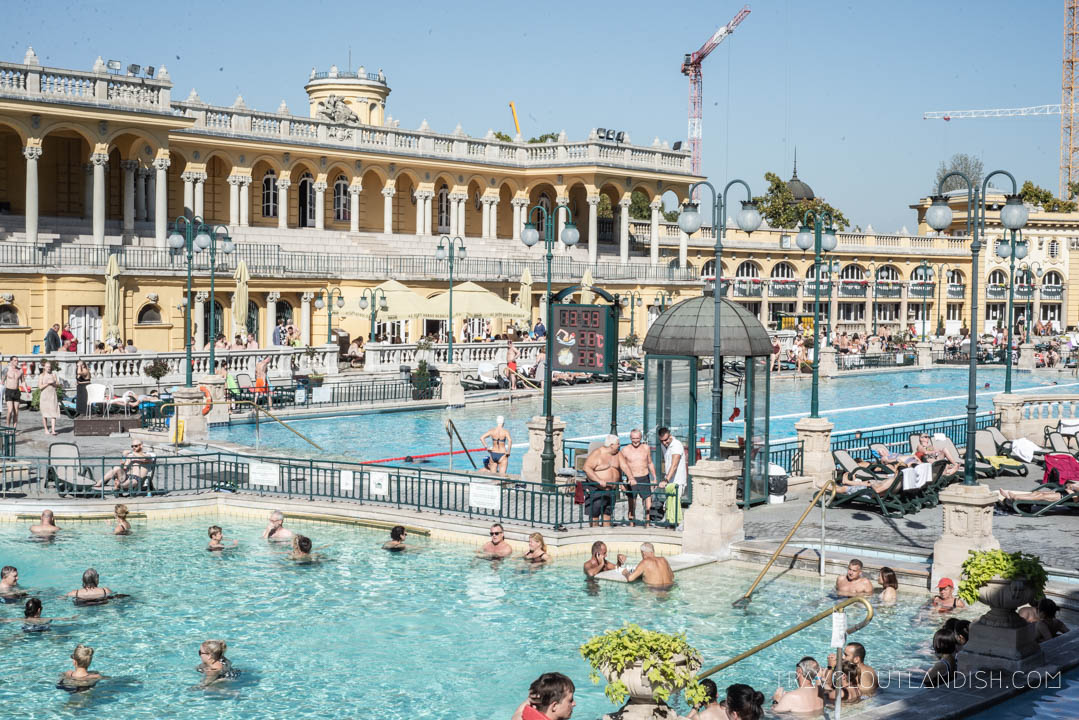 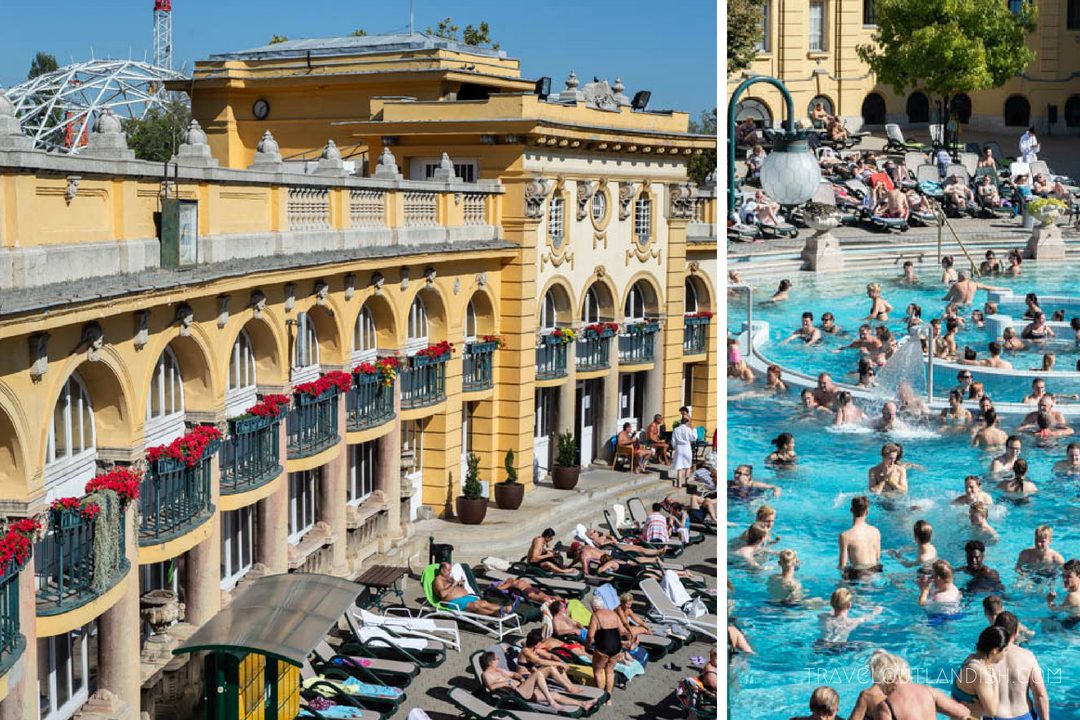 7. Or go for a soak at Veli Bej Baths – one of Budapest’s lesser-known thermal baths.

8. Head to Downdog Yoga Studio for a quick yoga class.

10. Scale Gellert Hill for the best photo opp of the Hungarian Parliament Building.

11. Rent a golf cart and ride around Margaret Island.

13. Explore the city’s street art on a walk through the Jewish Quarter (17€). 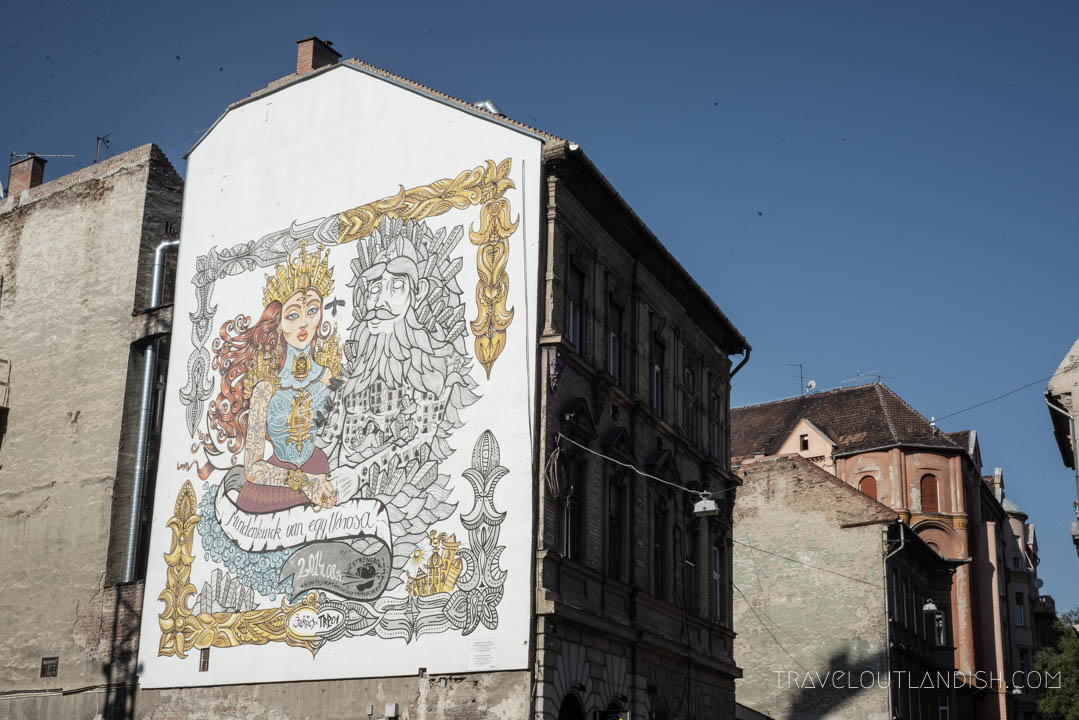 14. Catch up on emails at Kubik Coworking Budapest.

15. Catch a rock, indie, or electronic show at Dürer Kert.

16. Hang out in District VIII for the day.

17. Learn about the fascist and communist regimes at the House of Terror.

18. Grab a Budapest Card and get your transport and admission to some of the city’s main sights paid for up front (€22).

20. Sample and shop paprika at the Central Market Hall.

21. Get a modern take on Hungarian classics like Lángos, Kürtügkalac, and Kolbasz at Street Food Karavan. 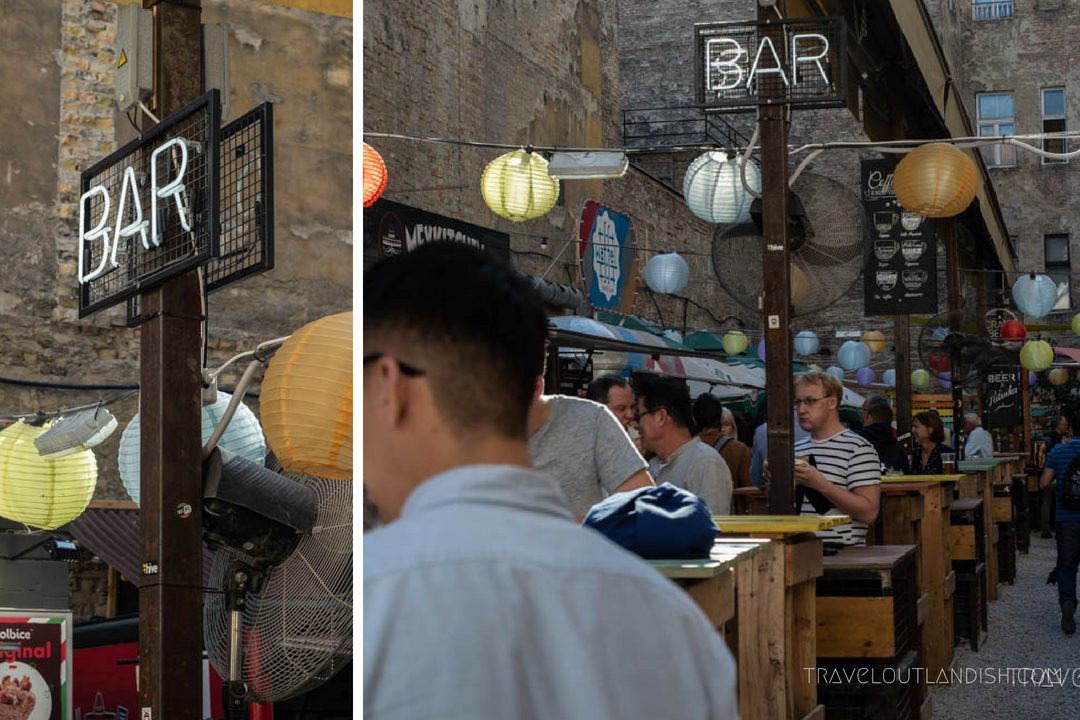 22. Get lunch at the alternative bar and community space, Gólya Presszó.

23. Taste Mangalica, the meat of a wooly pig, that is often referred to as “the kobe beef of pork.”

24. Dip into Fülemüle Étterem for an order of roast duck and latkes.

25. Sit down for a spicy bowl of Noodles at Funky Pho. 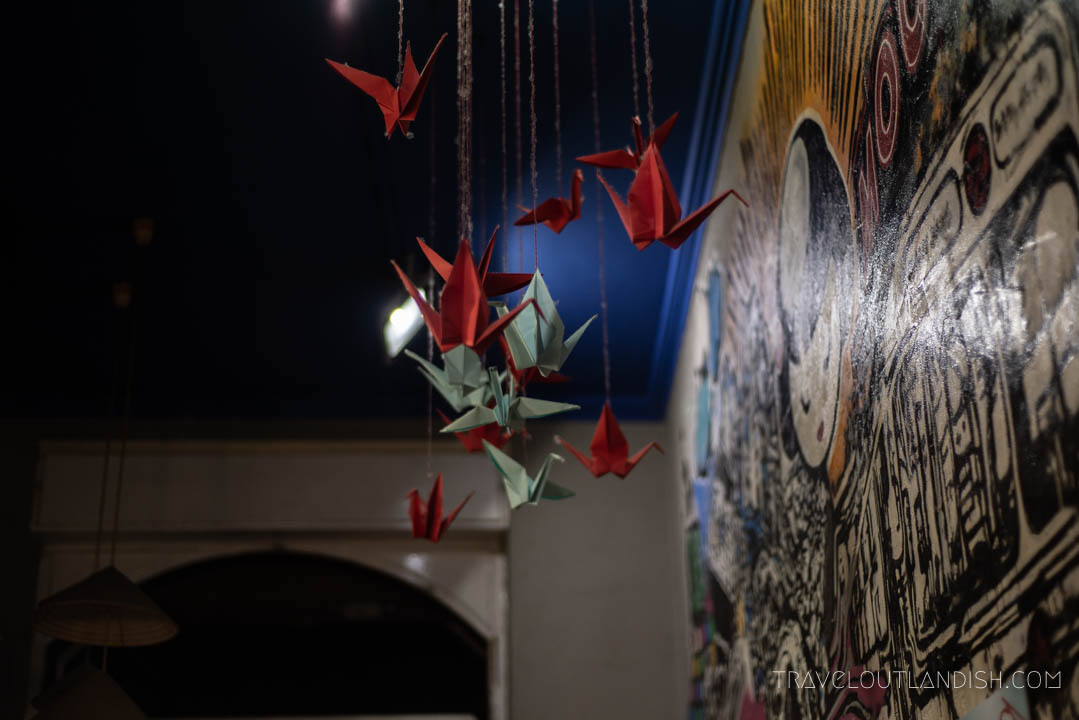 26. Grab a spot of contemporary Mediterranean food at DOBRUMBA.

27. Shop tea, condiments, or other exotic foods at Ázsia Bt.

28. Order a Kürtöskalács, or chimney cake, rolled in cinnamon sugar then watch the plume of steam escape the bag.

29. Want all the benefits of a thermal bath without disrobing? Stop by Rudas Ivócsarnok where you fill a bottle for around €.10 and actually drink from the thermal springs.

30. Finish your meal off with the herbal digestif Unicum.

31. Sink in for a beer at the quirkily decorated Púder Bárszínház.

32. Tack up your receipt at the very-cluttered-very-famous For Sale Pub.

33. Stop by Élesztő ruin bar and sample some of the 20+ craft beers they have on tap. 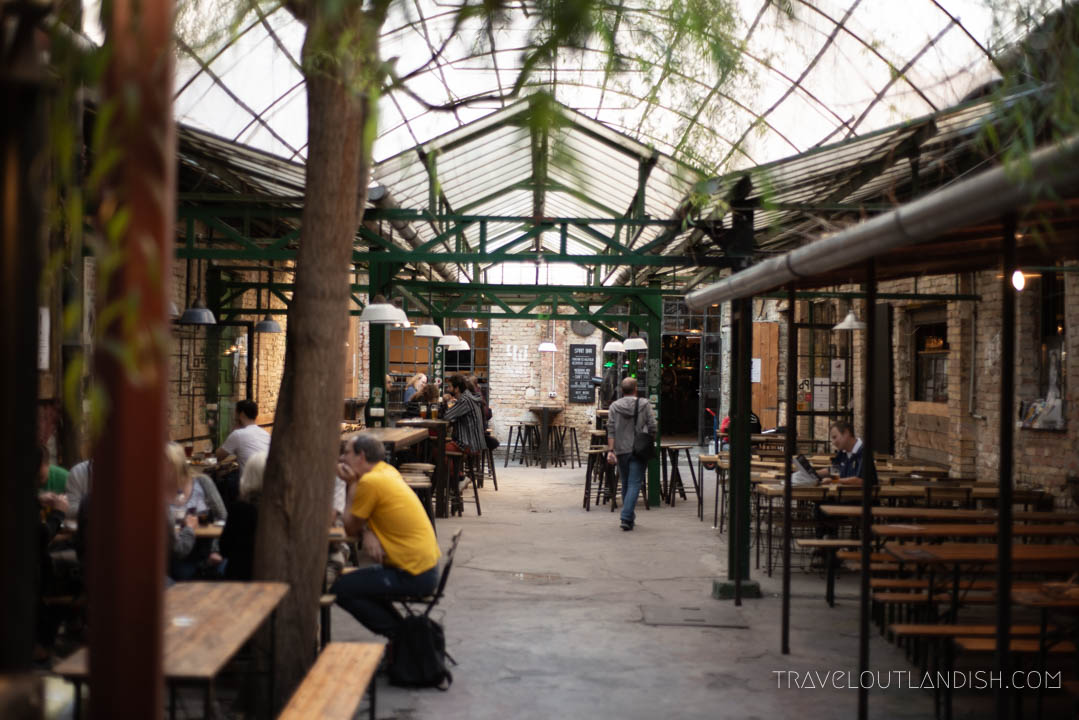 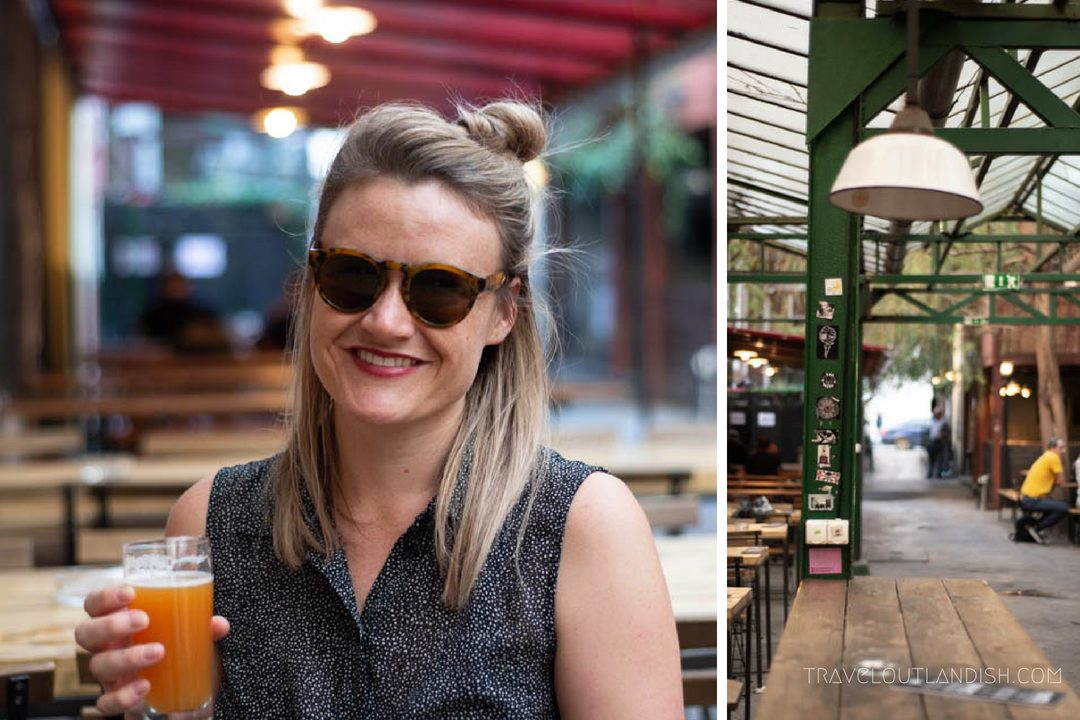 34. Sit for a beer in the middle of City Park at Kertem.

35. Join the party with margaritas and tacos at Ellato Kert.

36. Grab an espresso at the communist-era bar, Bambi Eszpresszó.

37. Don a mask for Busójárás to commemorate the triumphant return of the Šokci people (February).

38. Get to Hollókő around Easter to witness the particularly strange Hungarian tradition of men throwing buckets of water on women after reading them Easter poems (April).

40. Head for the [Buda] Hills and take the Zugliget chairlift to the top.

41. Catch the train to Bratislava, Vienna, or Krakow.

43. Explore the country on the 1,128 km walking trail that connects Austria and Slovakia.

44. Head to Újlipótváros to flip some balls in the Pinball Museum.

45. Swing by Szimpla on a Sunday for the Szimpla Sunday Farmers’ Market. 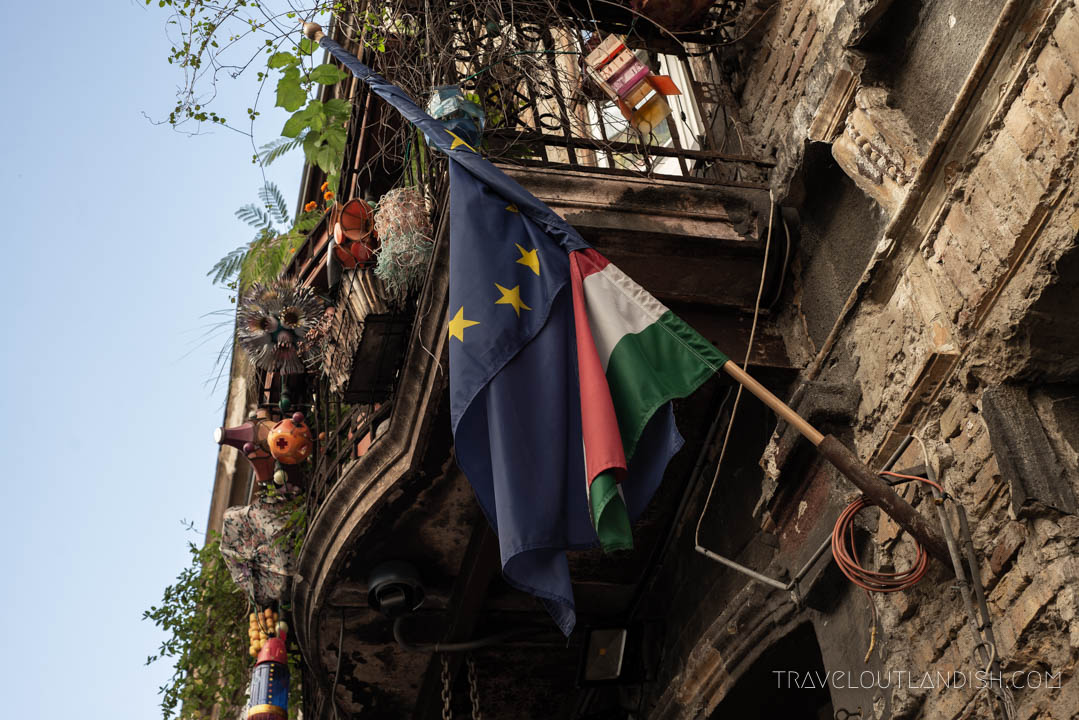 47. Tuck into Cirkó Gejzír, the cinema that claims to be the smallest in Europe.

48. Get a little drunk at one of the infamous “Sparties” at Szechenyi Baths.

49. Walk across all eight of the city’s bridges. 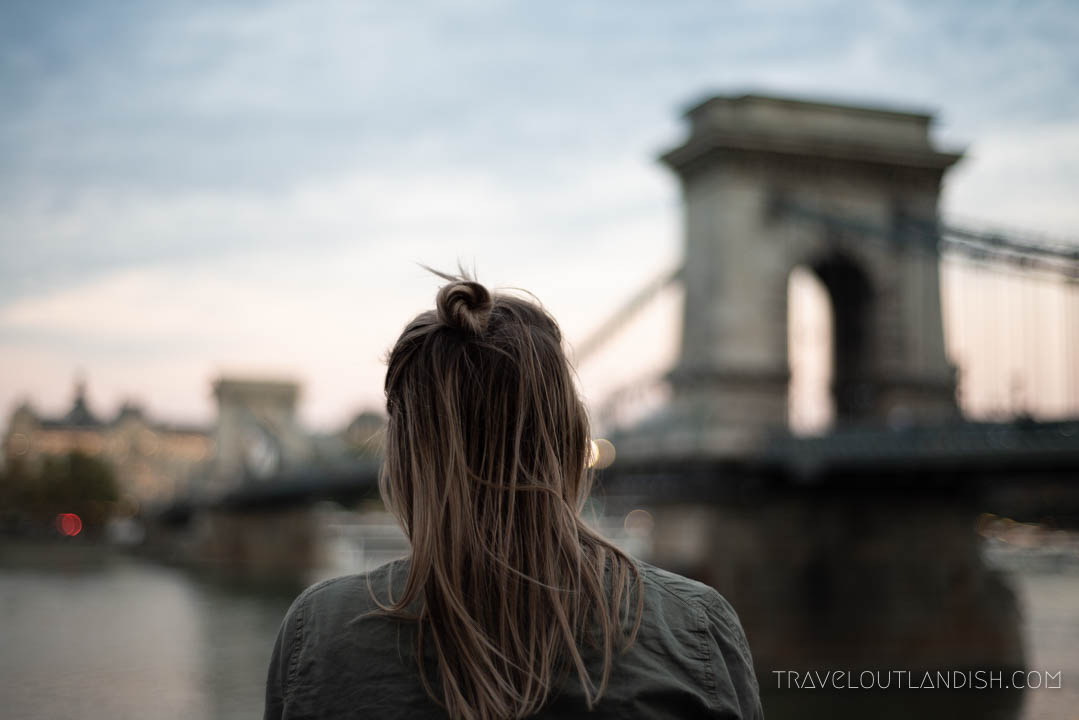 50. Read the poetry scrawled on the walls of Deák Ferenc Tér Metro Station 3.

51. Make up some drinking game around the stag parties you see on Kazinczy Street.

Where to Stay in Budapest

Looking to stay strange during your trip? Check out these unique accommodations or hotels in Budapest:

Pest-Buda | There are just 10 rooms in the Pest-Buda design hotel, but the reason it’s worth mentioning is that it’s really damn cool. The building itself has been around since 1696. Inside the hotel, you’ll find rustic furniture, clever design elements, baroque ceilings, and a pretty incredible spiral staircase that lends it its very Budapest character. Double rooms start from 240€.

Lavender Circus Hostel | Don’t let the “hostel” part fool you. While the place is far from luxury, Lavender Circus Hostel isn’t white linens and bunk beds either. Instead, you can expect bohemian-style property decorated with hand-painted murals and eclectic furnishings. Double rooms start from 102€.

Airbnb | To stay like a local, spend some time on Airbnb searching for apartments in the Jewish Quarter or District VIII. You can find everything from apartments to lofts and the places are a whole lot homier than a hotel. New to Airbnb? Get $40 off your first stay or explore other properties from $50. 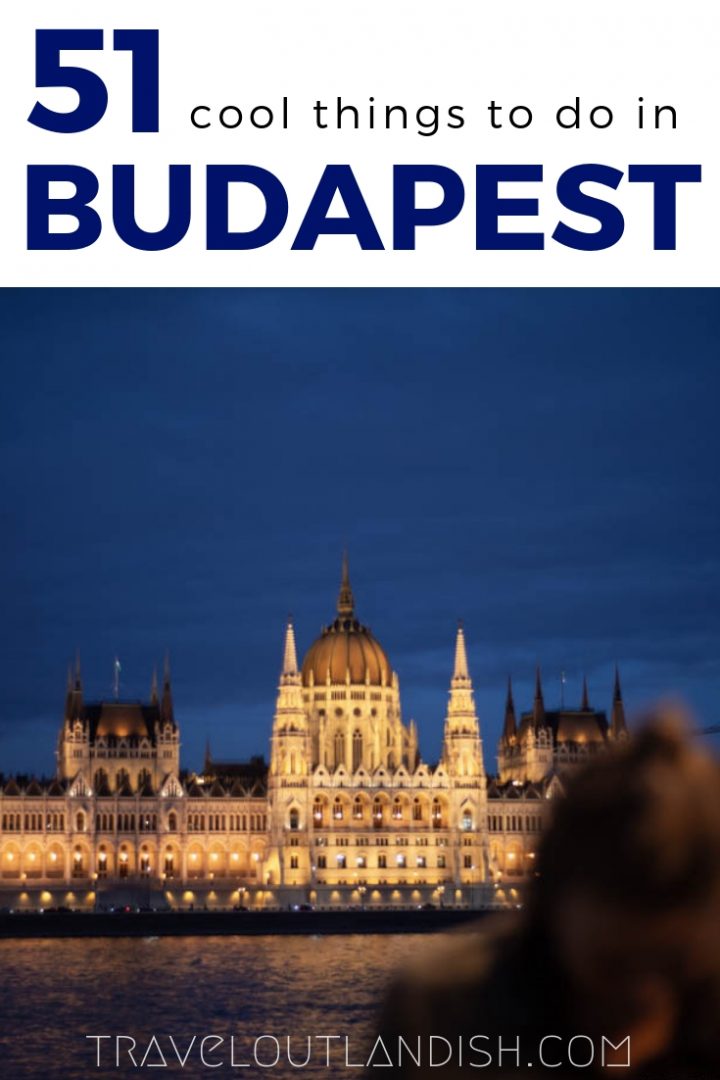