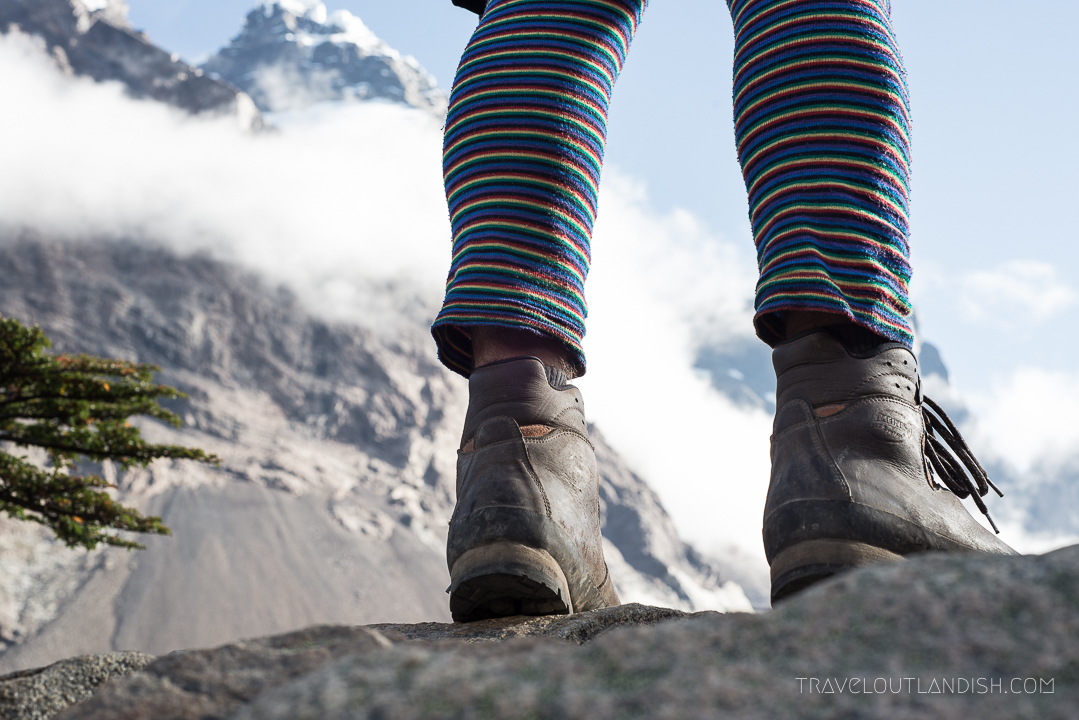 You can see it by horseback, day trip, or even by airplane if you’re feeling really lazy. But anyone who has taken one of the trekking routes to Torres del Paine is in on a secret. A heavy pack, too many days of instant oatmeal, and cold nights of camping are the very things that make sunrise at Torres del Paine worth it.

Navigating the trail is the easy part – there is really just one path to follow through Torres del Paine. But it’s choosing between the Torres del Paine trekking routes that can be seriously tiresome. The maps show vaguely defined distances and seemingly impossible trekking times. The internet is full of outdated information and booking your campsites for Torres del Paine can be kind of a disaster.  You’ll need to pack the right stuff for the insane weather. But eventually, there comes a point where you just have to go for it.

Planning your trip to Torres del Paine? Below, you’ll find a map of the park, the most popular trekking routes for the W-Trek, the O Circuit, and the Q with suggested campsites to stay in along the way. 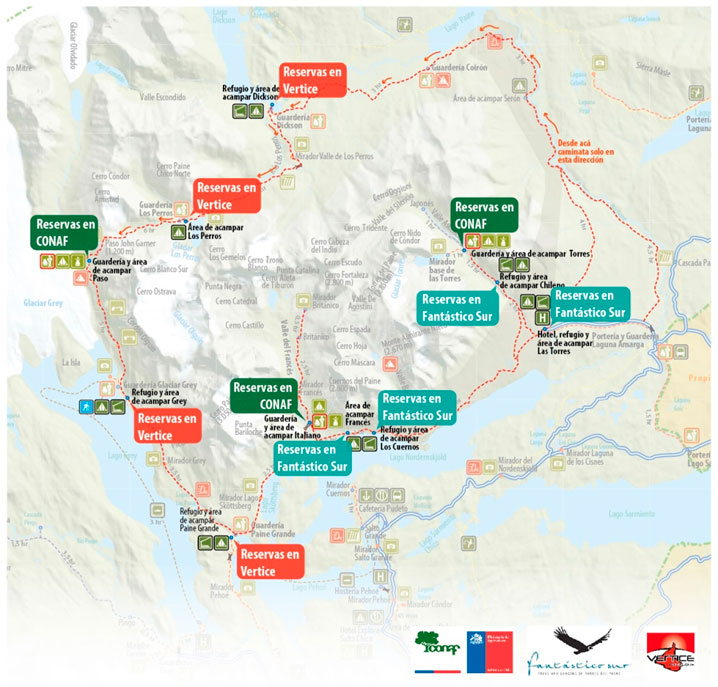 With just 5 days to spare, you can experience the highlights of Torres del Paine National Park (Glacier Gray, Valle Francés, and Torres del Paine). The W-Trek is easy enough, and the campsites are strategically placed so you can do most of your hikes with nothing besides a daypack. The campsites and refugios are quite comfortable, and you’ll have access to indoor areas, electricity, and hot showers at most of them.

Best for: Hikers with limited time or trekking experience

The Reverse W-Trek has many of the same features as the Classic W, but rather than starting with the ferry to Paine Grande, you’ll camp your first day beneath the Torres del Paine.

Best for: Hikers that want to trek the W, but can’t book campsites for their preferred dates or who might need to stop early due to injury. 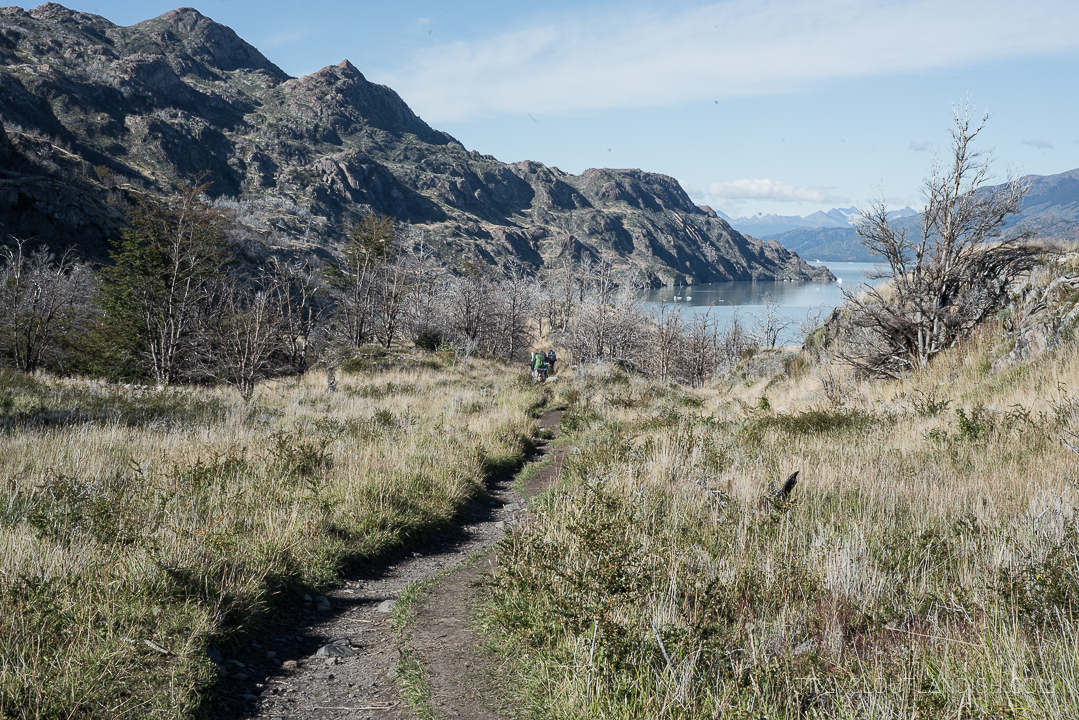 Pros of the W-Trek:

Cons of the W-Trek:

The O Circuit is the trekking route in Torres del Paine that offers a glimpse into the less-traveled backcountry. You’ll get to experience all the park’s highlights, but you’ll also have a bit of solitude as you pass grassy meadows, lakes, and less accessible glaciers and mountains. The O Circuit is best with 8 days, but if you’re short on time and a very fit hiker, it can be done in as little as 6 days.

The campsites on the backside are privately owned and much simpler than those on the W-Trek. While there are various routes available based on where you camp, the O can only be hiked in one direction and the path is clearly defined. You’ll need to bring everything you need with you and prepare for limited facilities. Perhaps the best part of the O Circuit is finishing up and feeling like you EARNED IT.

Best for: Hikers with some experience (capable of hiking 6-11 hour days) and plenty of time.

Read more: An Outlandish Guide to the O Circuit

The Short O Circuit can be completed in 7 days. Rather than taking it slow, you’ll want to get an early start most days and prepare for a couple of 30km+ hikes.

Best for: Fit hikers that are short on time or unable to book all campsites. 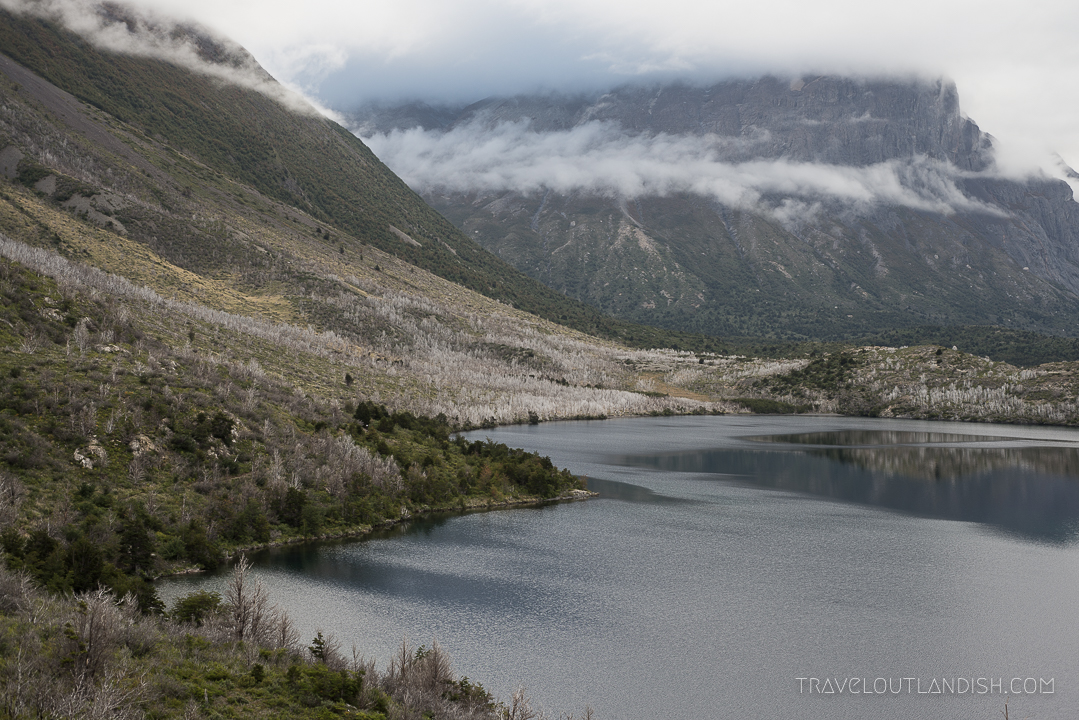 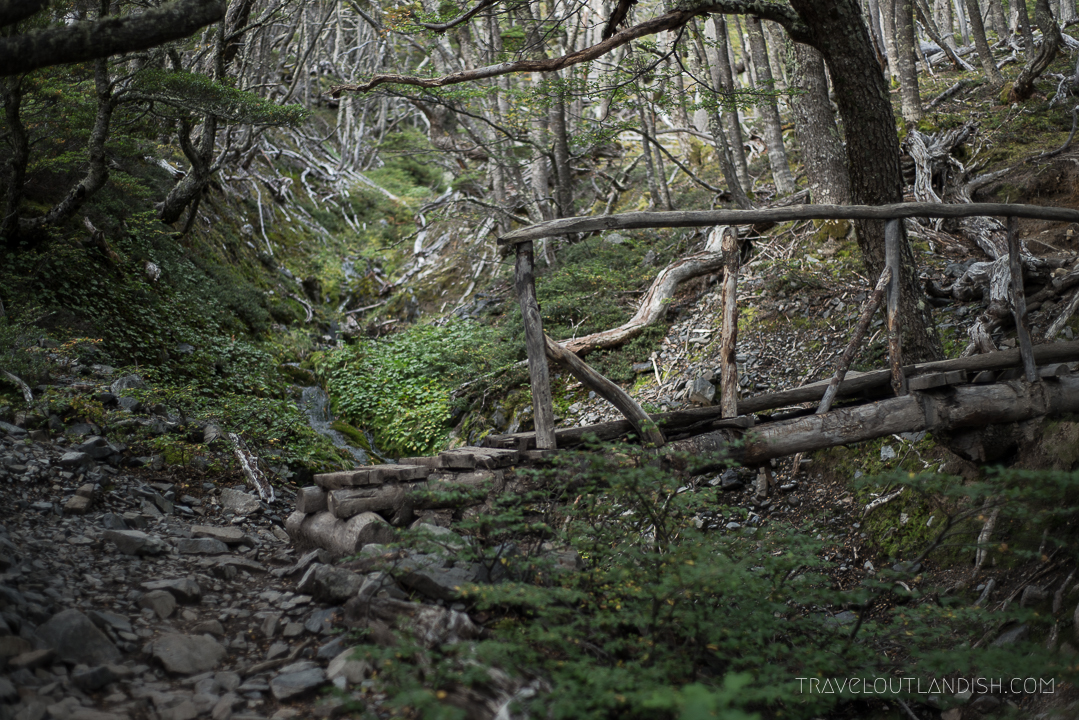 The longest route in the park is the Q – a trek that starts with a hike alongside Lago Pehoé before joining with the O Circuit. To begin the Q, you’ll take the bus to the third stop in Torres del Paine.

Best for: Hikers with extra time that want to maximize their time in the park.

Pros of the O Circuit or Q Circuit:

Cons of the O Circuit or Q Circuit:

Where to Stay in Puerto Natales

Need a place to stay before your trek? Here are some of the best hotels in Puerto Natales where you can rest before you go.

Refugio Hoshken | Refugio Hoshken inexplicably brings cool people together.  It’s a basic spot but the vibe is right, the staff is super friendly, and they’ll even let you leave your stuff in storage while you undertake your trek! Dorms from $14.

The Singing Lamb | The Singing Lamb is quite simple but spacious common areas and its location just five blocks from the bus station makes it the go-to hostel in Puerto Natales.  Double rooms start from €51. 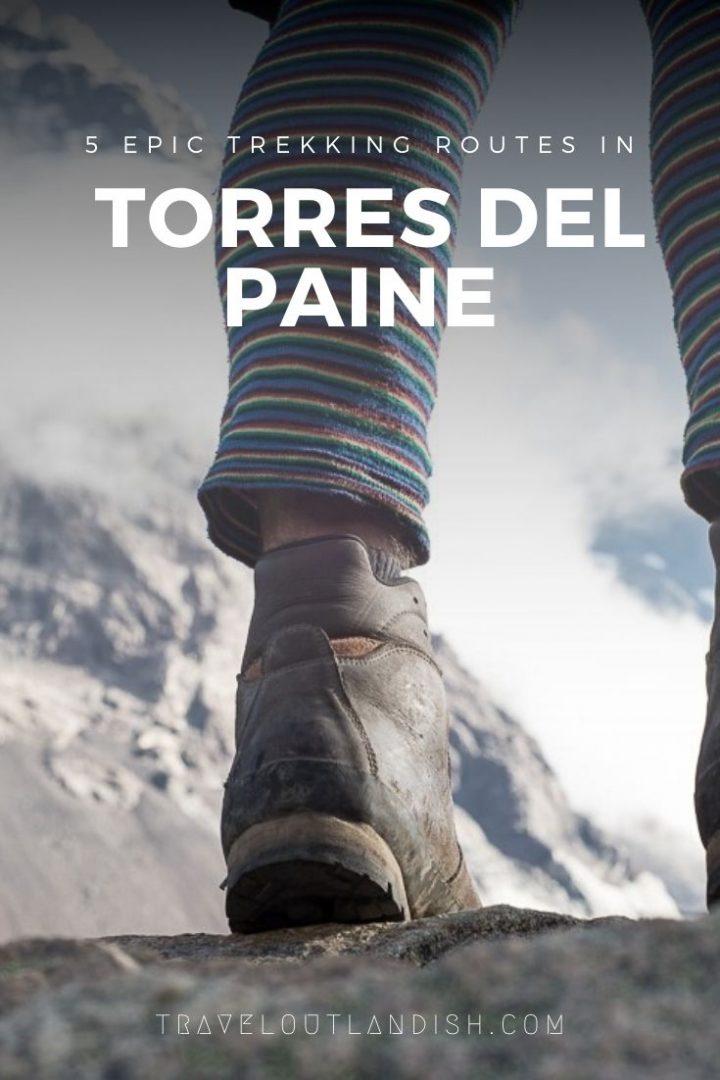 Have you been? Which of these Torres del Paine trekking routes would you recommend to people planning their trip? And if you’re traveling in Patagonia… 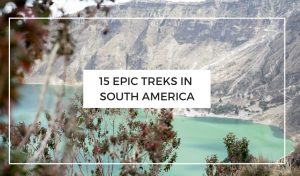 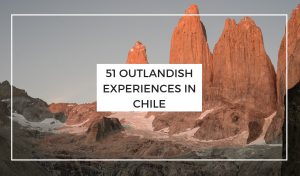 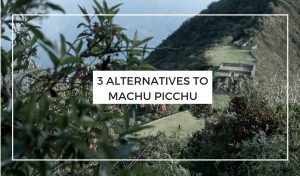 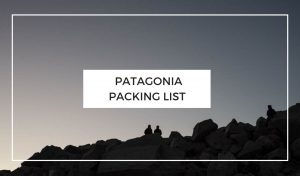