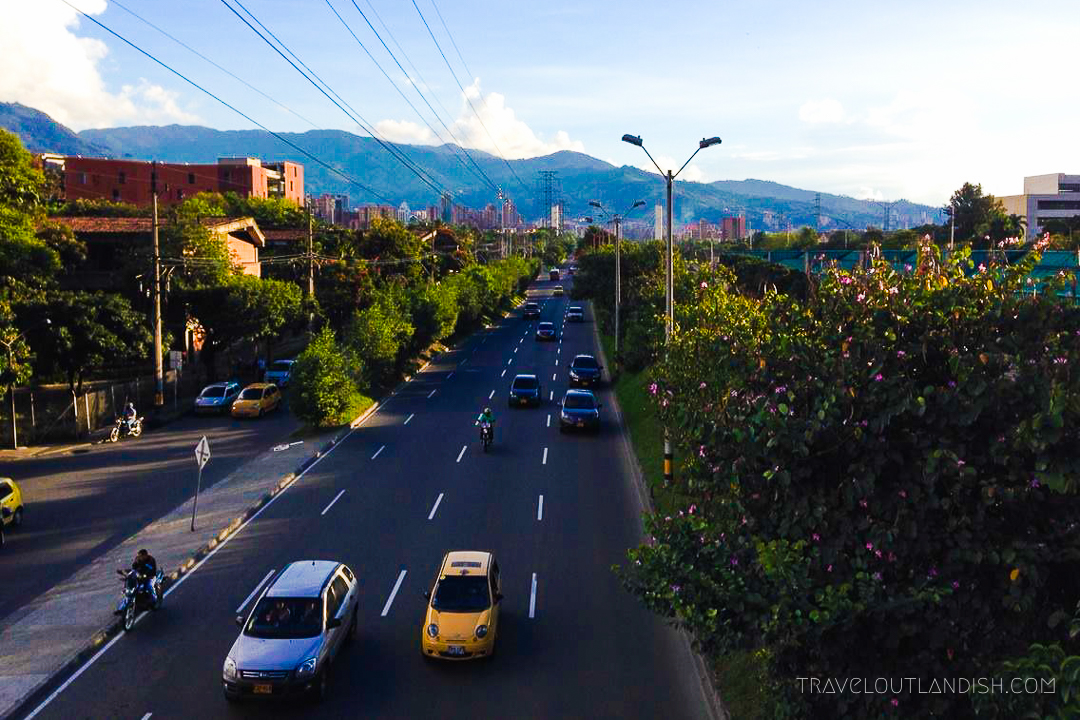 Medellín isn’t like it used to be. A city once tangled up in an urban war has made an impressive resurgence since the late 90’s. It has since rebuilt and is more stunning than ever. A menacing reputation has been rebranded with the help of single origin coffee shops and trendy restaurants. Its economic indicators are moving in all the right directions with a falling poverty rate and increasing life expectancy. Medellín may just ready to have its time, and the list of things to do in Medellín for the curious traveler is growing by the day. 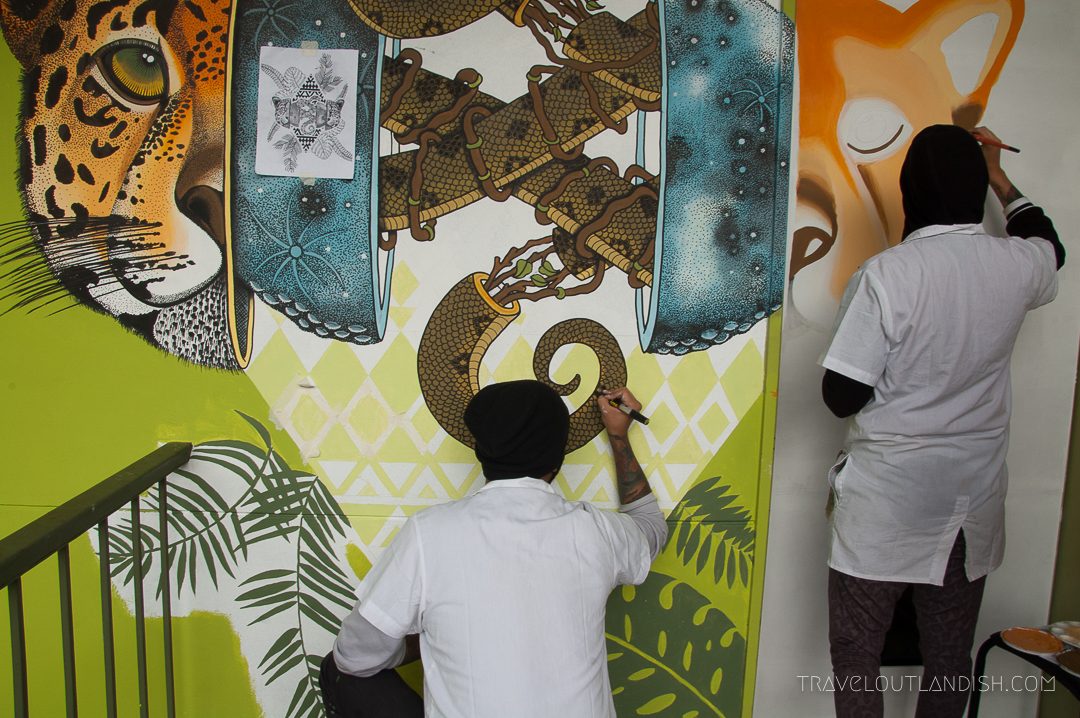 Medellín is the kind of city that you may love or hate depending on the weather, how close your hostel bed is to the highway, or how many extra turns your taxi driver makes while your meter runs up… not like we’re speaking from experience or anything. It doesn’t really matter whether or not we loved it because the sometimes gritty, oftentimes bougie city full of elephantine Botero’s, Pablo Escobar lore, and high energy nightclubs will, at least, leave an impression. And that’s worth seeking.Headed to Medellín? Here are 8 essential things to do in Medellín!

the 8 best travel experiences + things to do in Medellín

1. Fall under the influence of Boterismo

Fernando Botero has had tremendous impact on the public art scene of Medellín. “Los Gordos” are his rotund figures sculpted and painted throughout the city. Pay a visit to Museo de Antioquia where more than 100 of his paintings are on display, and to the nearby Plaza Botero filled with 23 of his larger than life sculptures. Our personal favorites were the Boy on Horse and Mona Lisa paintings. Tip: Admission to Museo de Antioquia costs around $6. Browse the full collection in advance to ensure you don’t miss a thing! 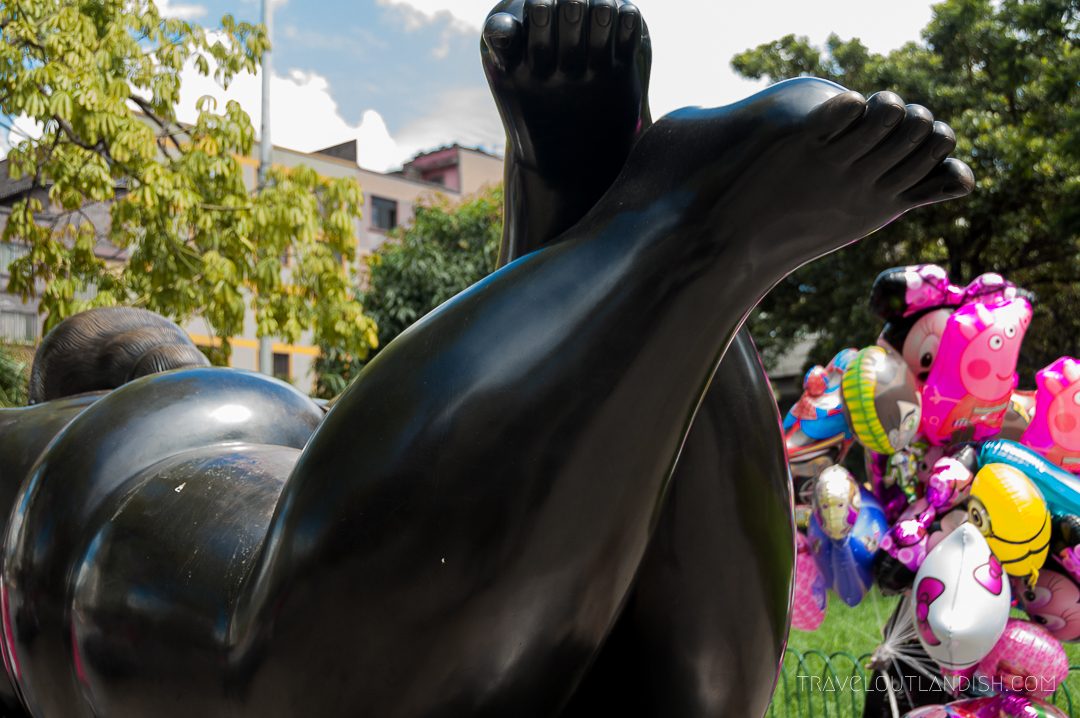 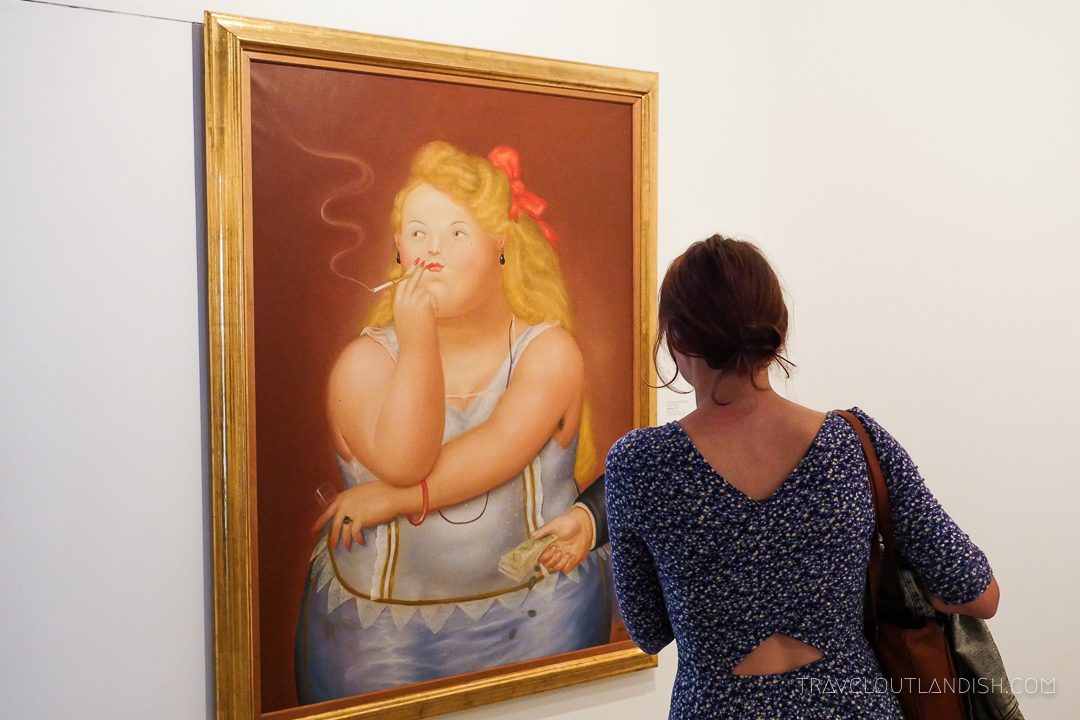 2. Cheer on Atlético Nacional at a Colombian Soccer Game

South Americans are all about soccer. One of the very best ways to experience local culture and Paisa pride is to grab tickets to an Atlético Nacional game at Estadio Atanasio Girardot. The true fans will sit behind the goal, but we’d recommend going for mid-level seats to minimize chaos. Tip: Tickets cost between $5-$25. They don’t sell or allow beer in the stadium, so grab some ahead of time. 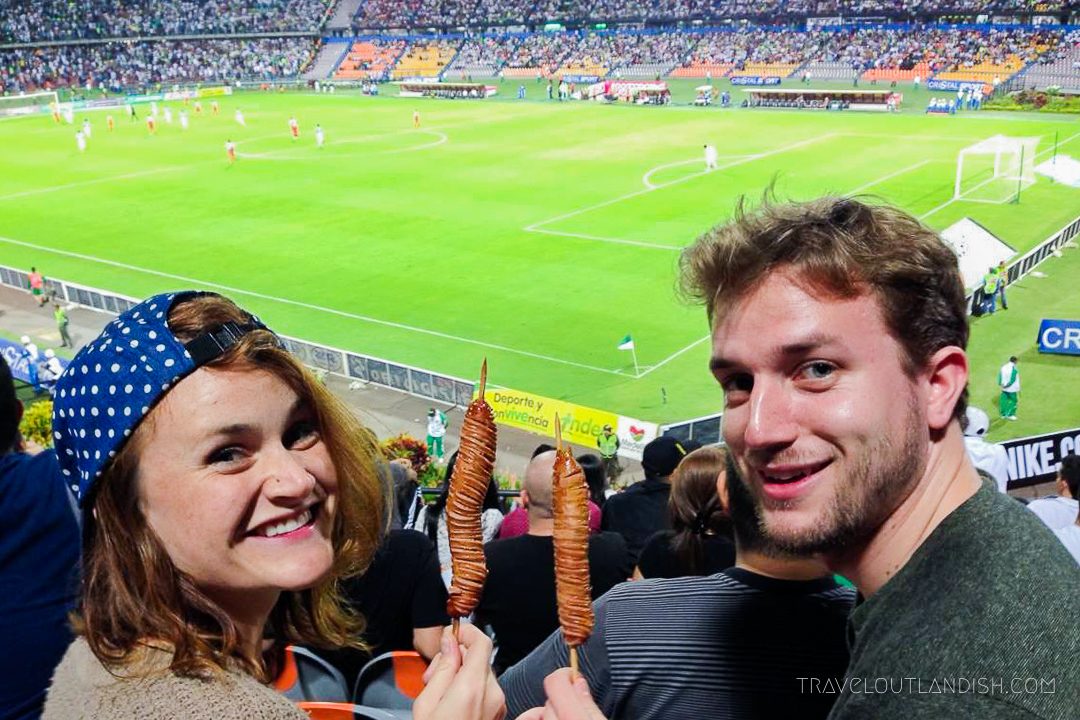 The most terrifying hotdogs we ever ate.

While it’s technically just public transport, Medellín’s teleférico has been called one of the world’s best sightseeing tours. The teleférico was designed to give Medellín’s poorest neighborhoods better access to the city. It just so happens that the city sits in a valley and the favelas climbing up the mountainsides make for a spectacular view. For just the cost of a metro ticket, you can spend hours cruising over the city and checking out the neighborhoods below. Tip: For more details on the cost of things in Medellín and beyond, check out this Colombia Travel Guide from The Broke Backpacker. 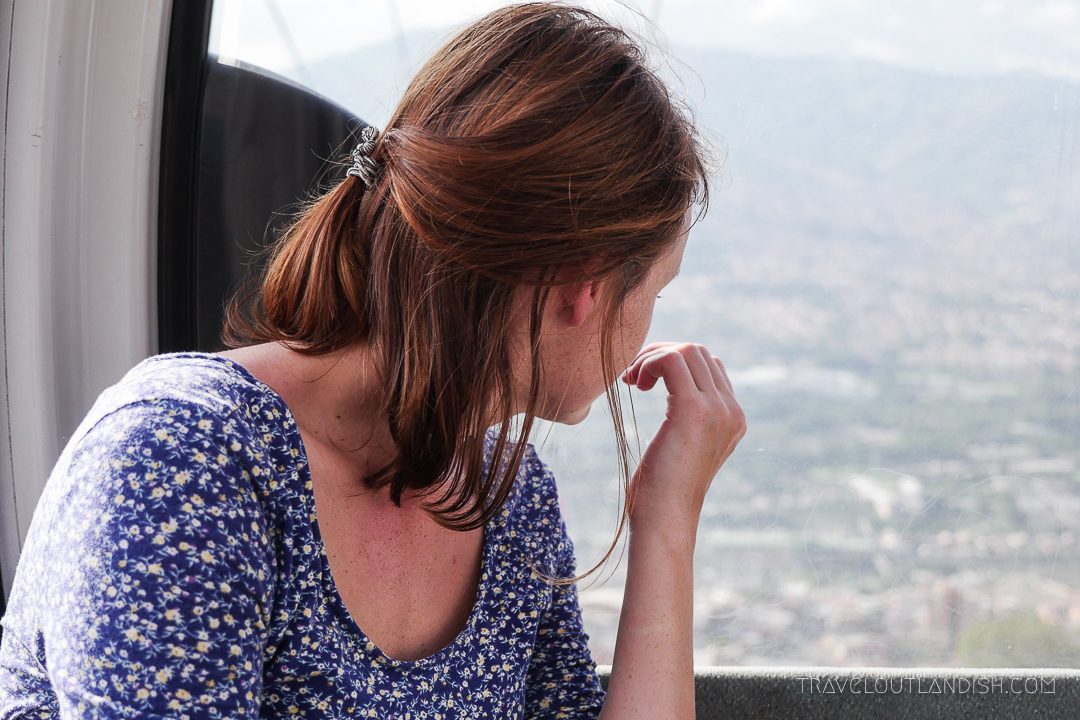 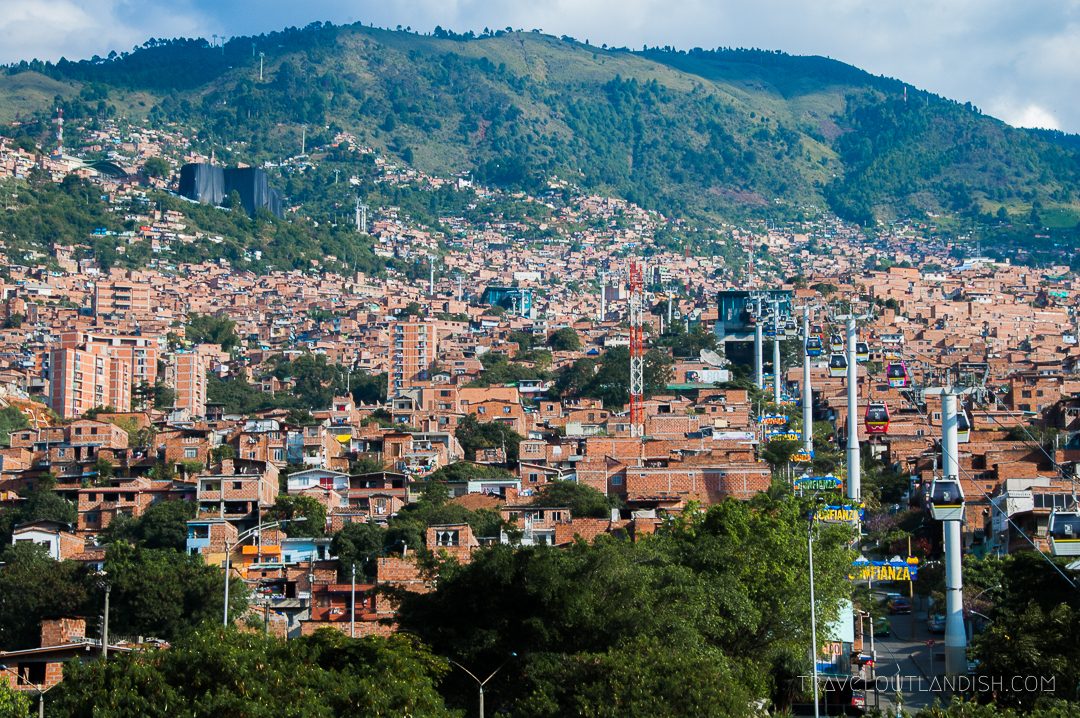 4. Order up a Bandeja Paisa

You better hope you’re hungry when you sit down for the best in Colombian food. Bandeja Paisa is a platter typical to Colombia’s Antioquia region, and one big heart attack waiting to happen. The dish starts out simple enough with red beans and rice, but things get artery-blocking when the platter is filled with ground meat, chicharrón, black pudding, chorizo, a fried egg, an avocado slice, and an arepa for good measure. Tip: Share this dish with a traveling companion, or live with the consequences.

Salsa in Colombia is no joke. While Medellín isn’t quite the salsa hub that Cali is, you can still spend your free time working on your footwork. Check out one of the salsa studios in Medellín (Santo Baile, Baila Latino and dancefree) or stay at the hostels in Medellin with free salsa lessons (Wandering Paisa and Happy Buddha). Once you’ve got the basics down, head to any of the best salsa bars in Medellín (El Tibiri, Son Havana, and Eslabon Prendido) for some Aguila and a whole lot of fun.

Anyone else a Narcos fan? At the peak of the Medellín Cartel, the city had the world’s highest murder rate — 380 per 100,000 people. In order to fully understand Medellín today, it is important to also understand its unsteady development. On a Pablo Escobar Tour of Medellín, you’ll explore the rise and fall of the cartel before joining Pablo’s brother for a cup of instant coffee while he tells you about his cure for HIV. We can say that last part secured this as one of the most bizarre things to do in Medellín, or the world, really. Tip: There are tons of Pablo Escobar Tours in Medellín, but only the Paisa Road tour will take you to the home of Roberto Escobar. Day tours cost about $30. 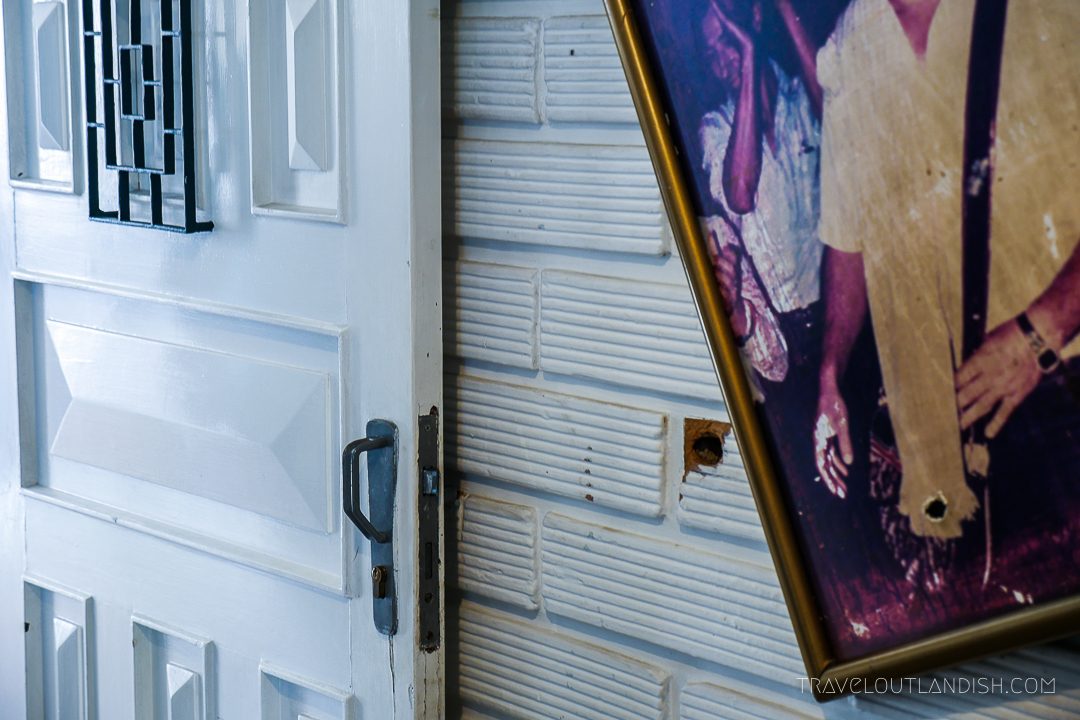 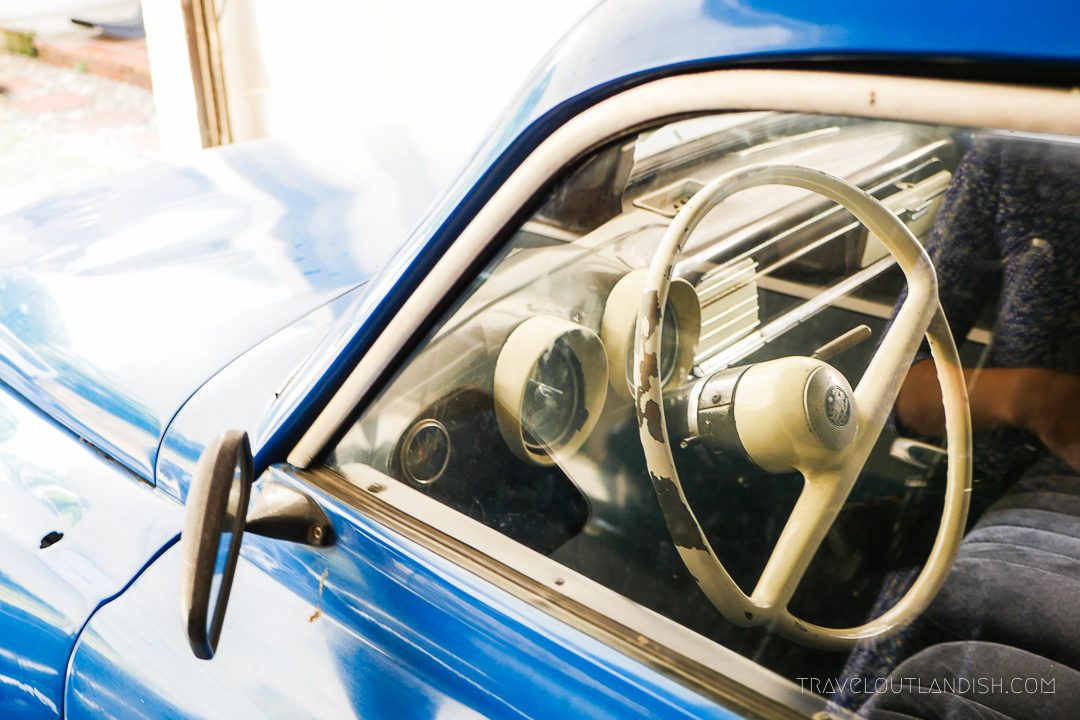 7. Stay up all night

Medellín is famed for its nightlife and club scene. Parque Lleras is the neighborhood to visit if you’re feeling fancy, with Poblado and Centro coming in close second. Some of the local favorite clubs are Dulce Jesús Mío, Babylon, and Dalí, but you can find bars and clubs just about anywhere in the city. Tip: Most good nights out will involve some aguardiente (fire water), dancing, and a very late bed time, so be sure that you leave your valuables behind.

8. Get into the Christmas spirit with El Alumbrado

Colombian summer may not sound like the perfect setting for a white Christmas, but Medellín sure does try. El Alumbrado transforms Medellín into a neon-lit Disneyworld with hundreds of miles of Christmas lights strung throughout the city. If you’re in Medellín during December, grab your camera and check out the tremendous light displays. Tip: El Alumbrado traditionally begins on December 7th, but lights are up early December-early January. 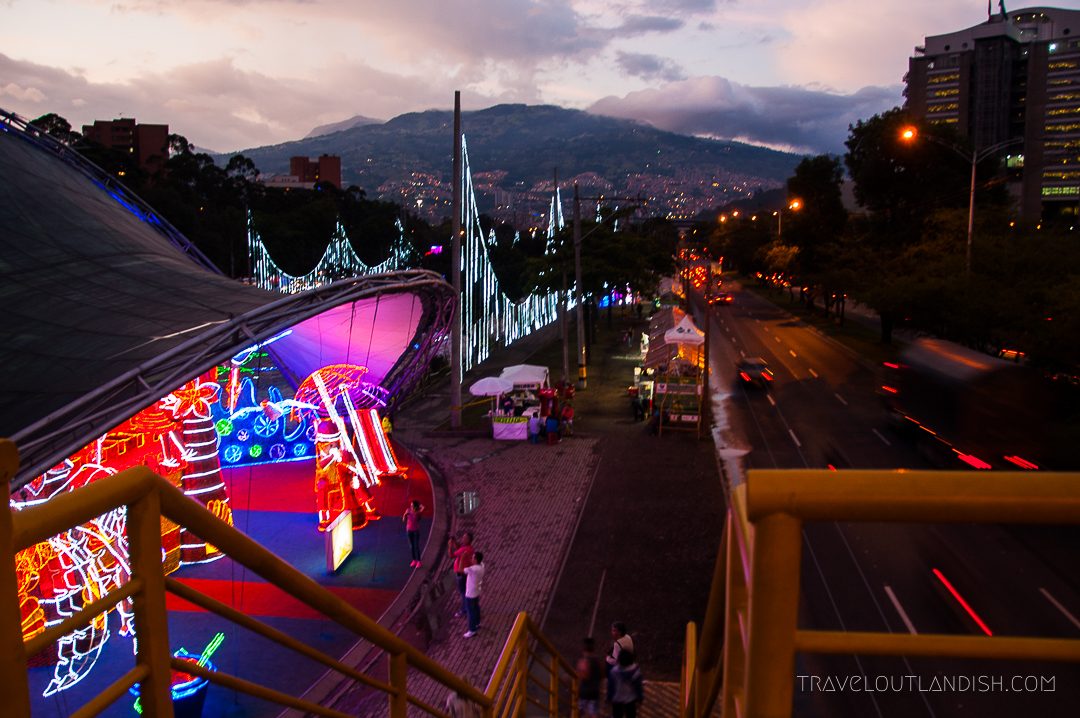 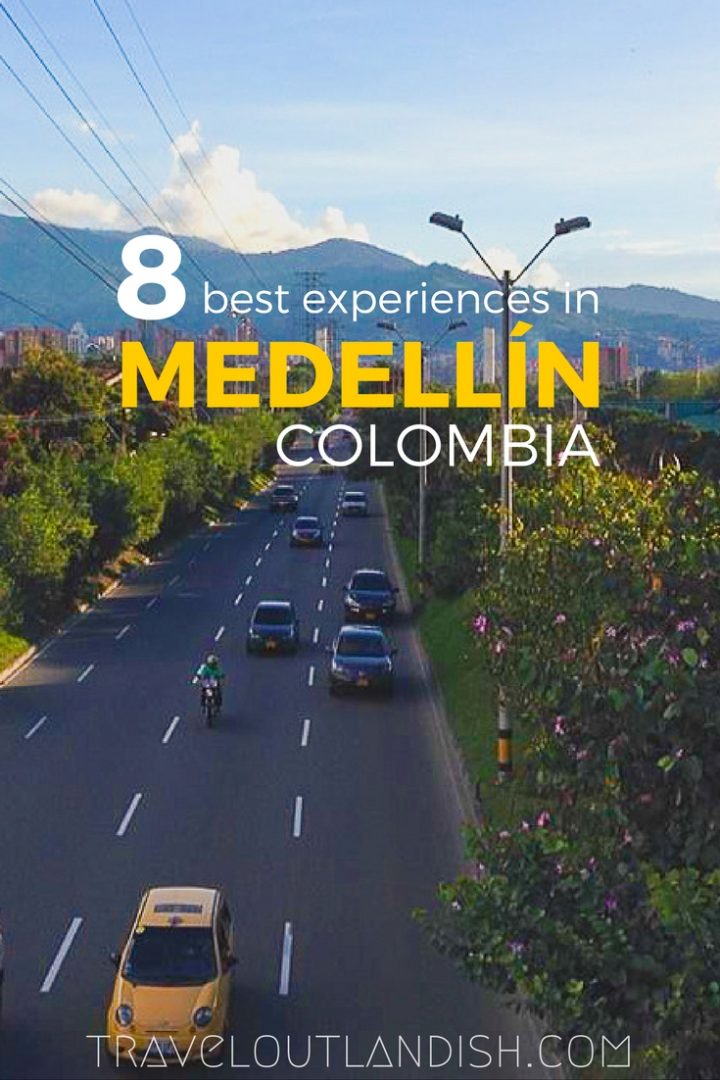 Have you been? What are your favorite experiences and things to do in Medellín?