Teufelsberg: No One Listens Better than the NSA | Germany 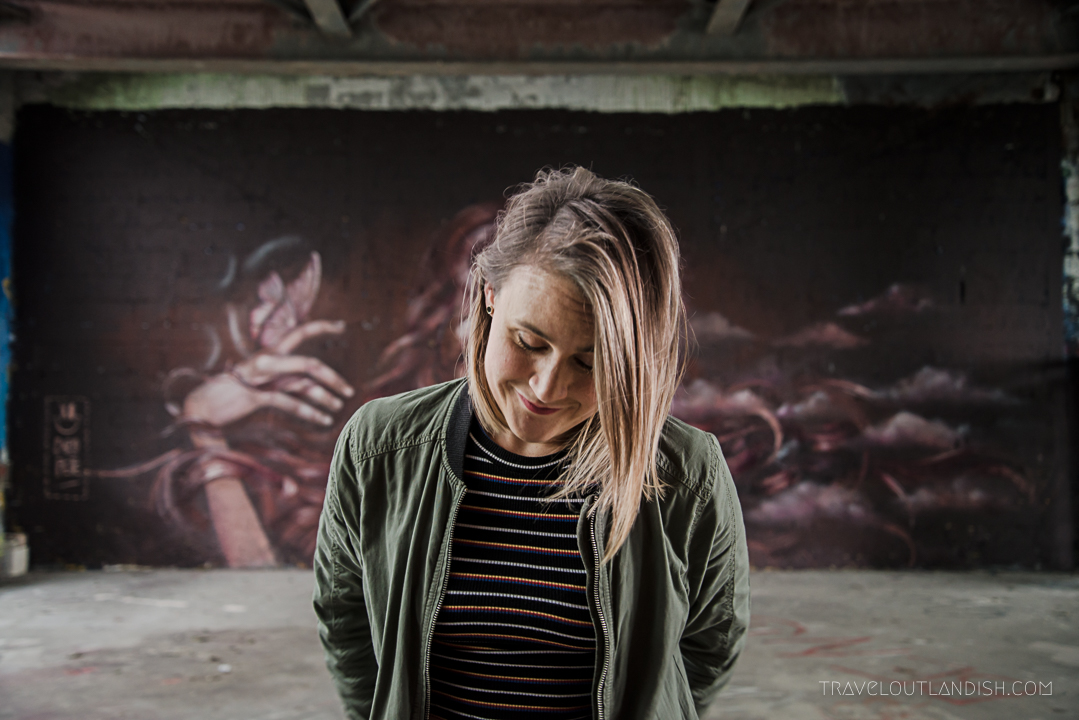 Berlin was still devastated from WWII in 1957, and you’ll find a mountain of rubble in Grunewald Forest to prove it. Debris too much to bury and too heavy to move was instead piled into a mound; On top of a Nazi military-technical college, at that. They called it Teufelsberg (Devil’s Mountain).

Since its construction, Teufelsberg has served many purposes. For a time, it was equipped with ski jumps, but the jumps began to decay after 30 years of non-use. Next, it served as an NSA Listening Station. In 1963, US Allied forces selected Teufelsberg as a superior vantage point for listening in on Communist communications. The structure was abandoned after the Berlin Wall fell in 1989. In the 1990’s, investors bought the site with plans to build a hotel and apartments, but the project was deemed unprofitable, so they never built. There have been talks of both preserving and destroying the harrowing reminder of  history, but the towers of Teufelsberg still stand. And today, where there was once ruin, there are murals. Closets overflow with unused supplies, and there are only beams where walls once stood. You tread through fields of shattered glass and concrete crumble. Handrails rust and canvas shelters have become weathered with time. But there’s no denying that in spite of the destruction, Teufelsberg is kind of lovely in its decay. The site is urban exploring Berlin at its best.

Below, you’ll find photos and more information on urban exploring in Berlin. Trying to move to Berlin? Here’s everything you need to know. 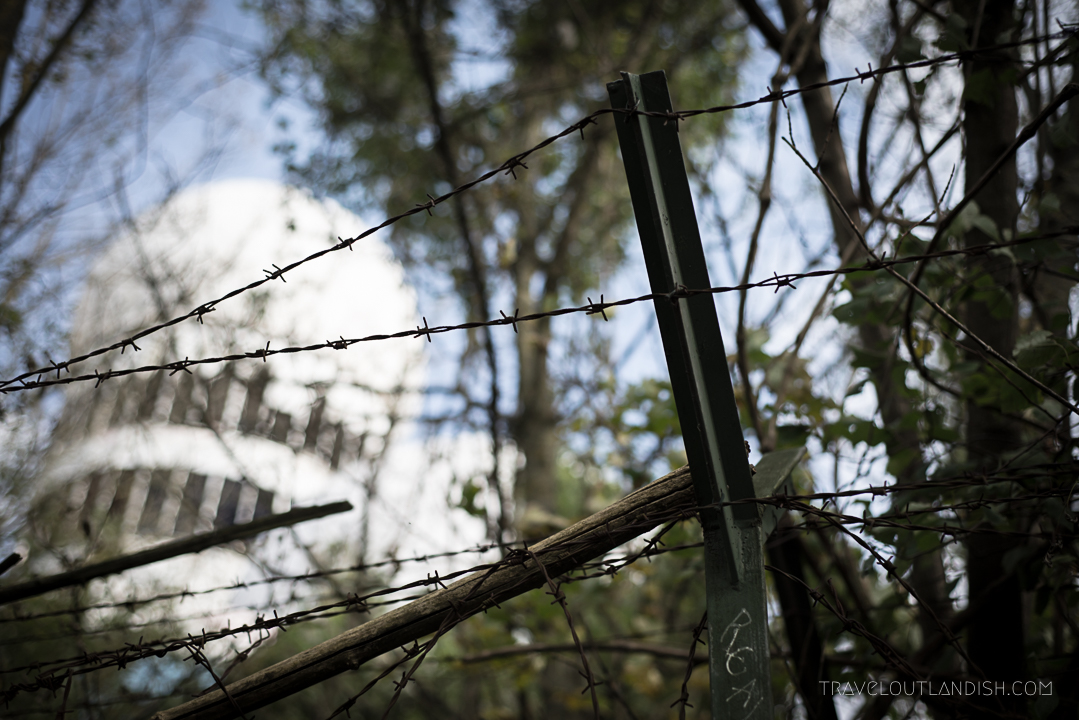 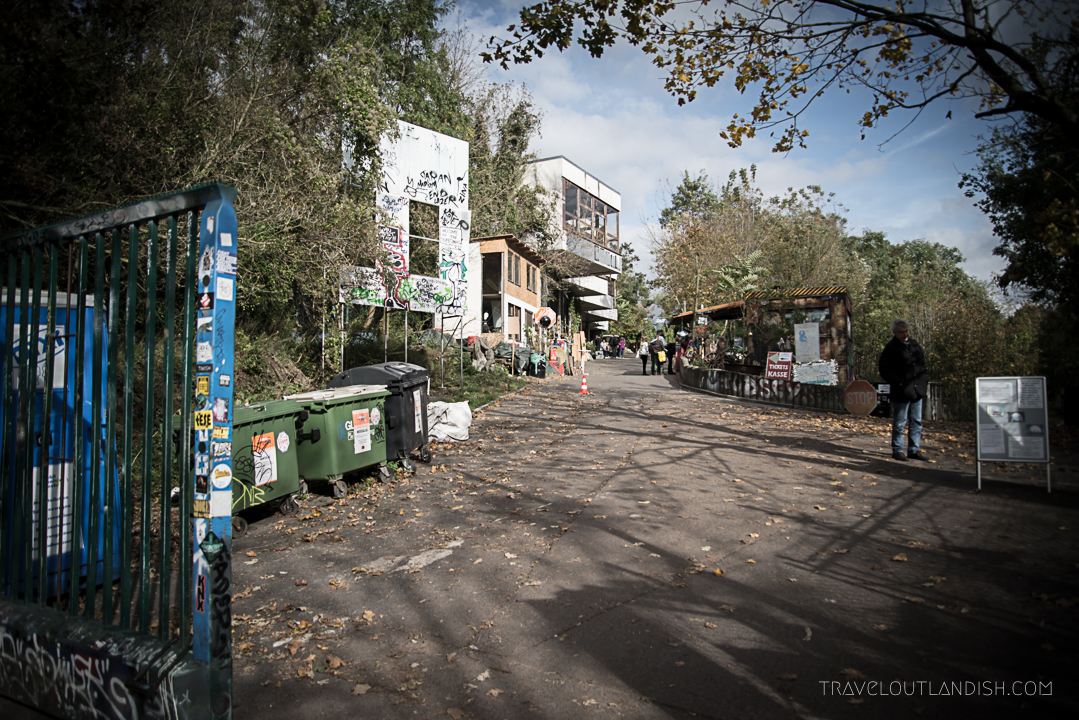 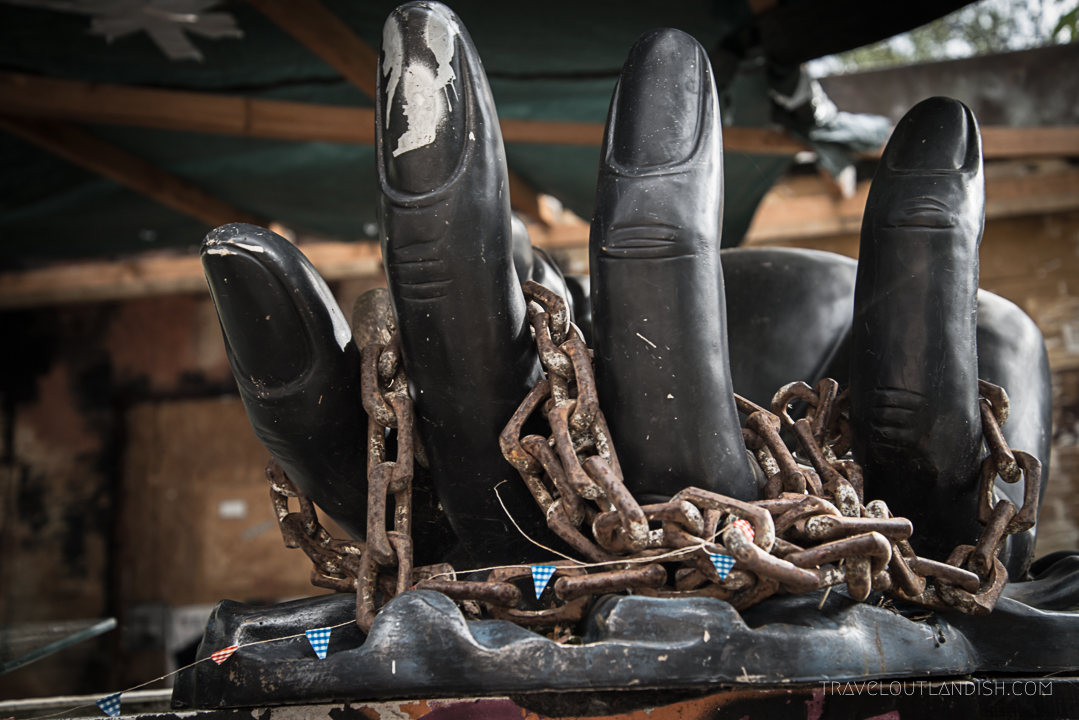 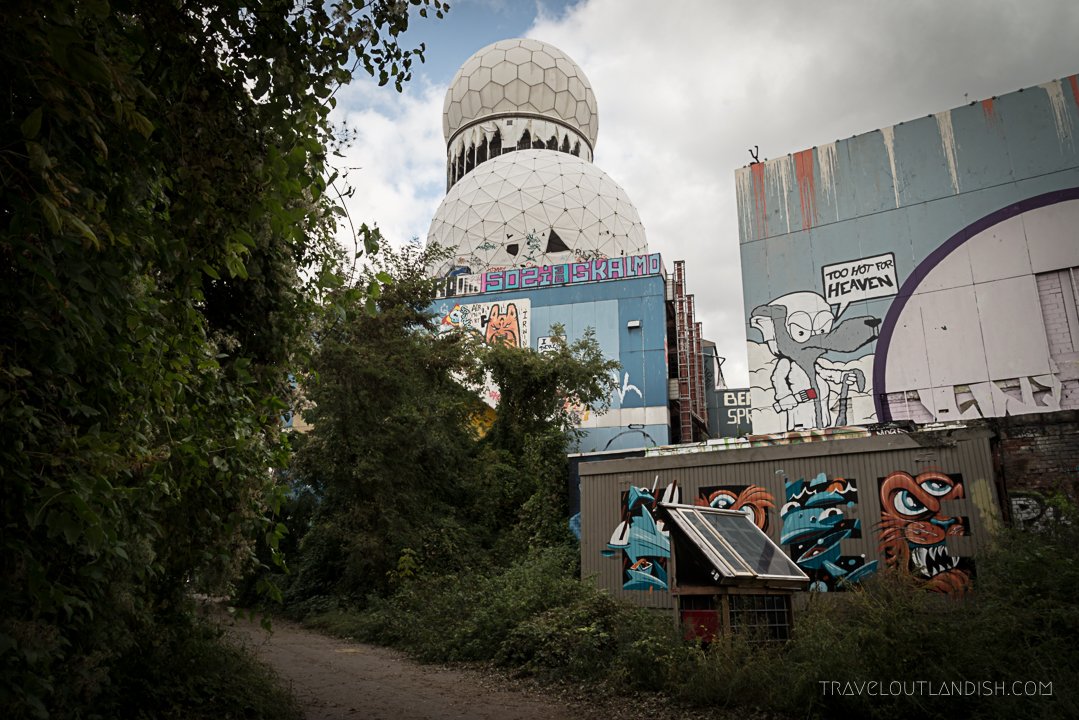 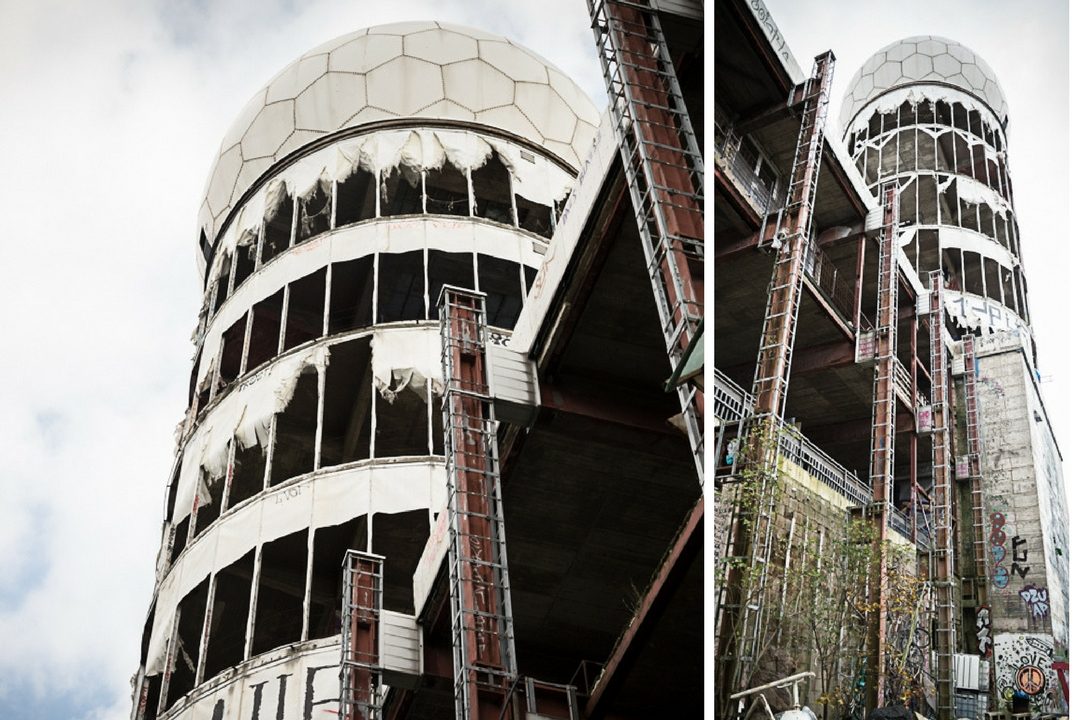 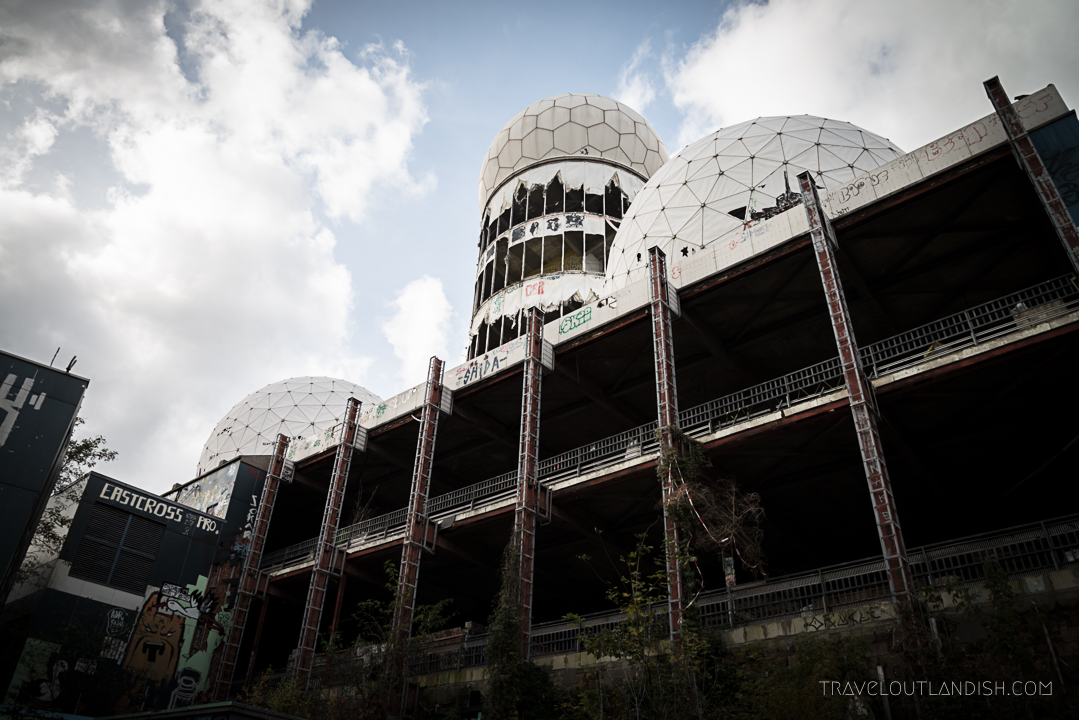 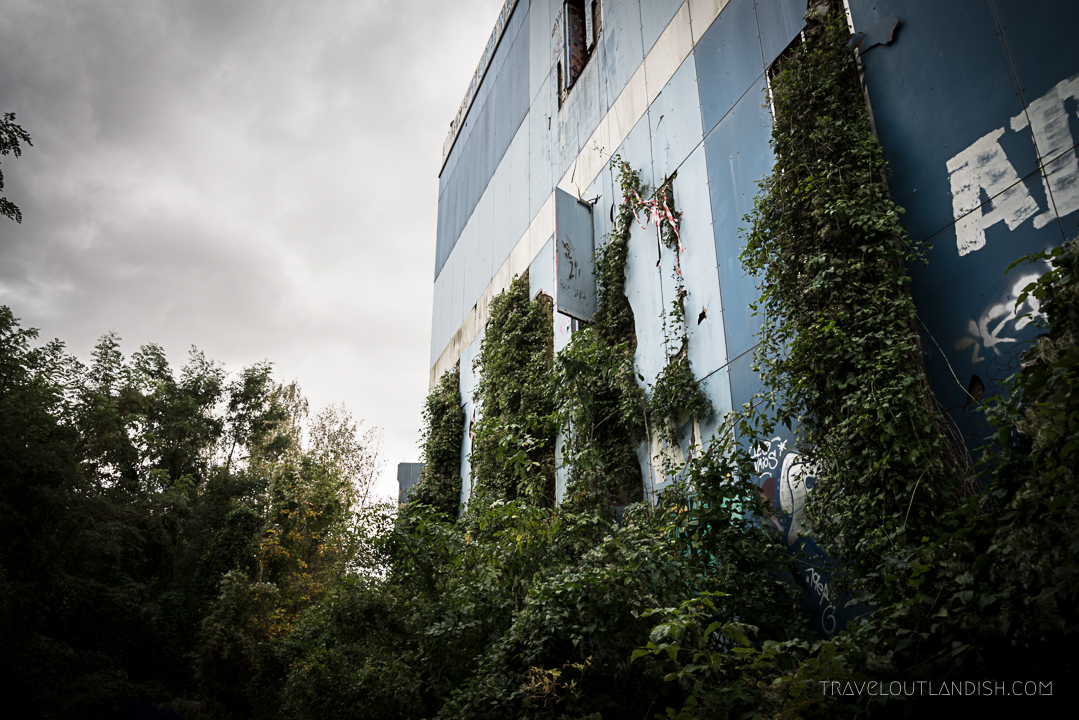 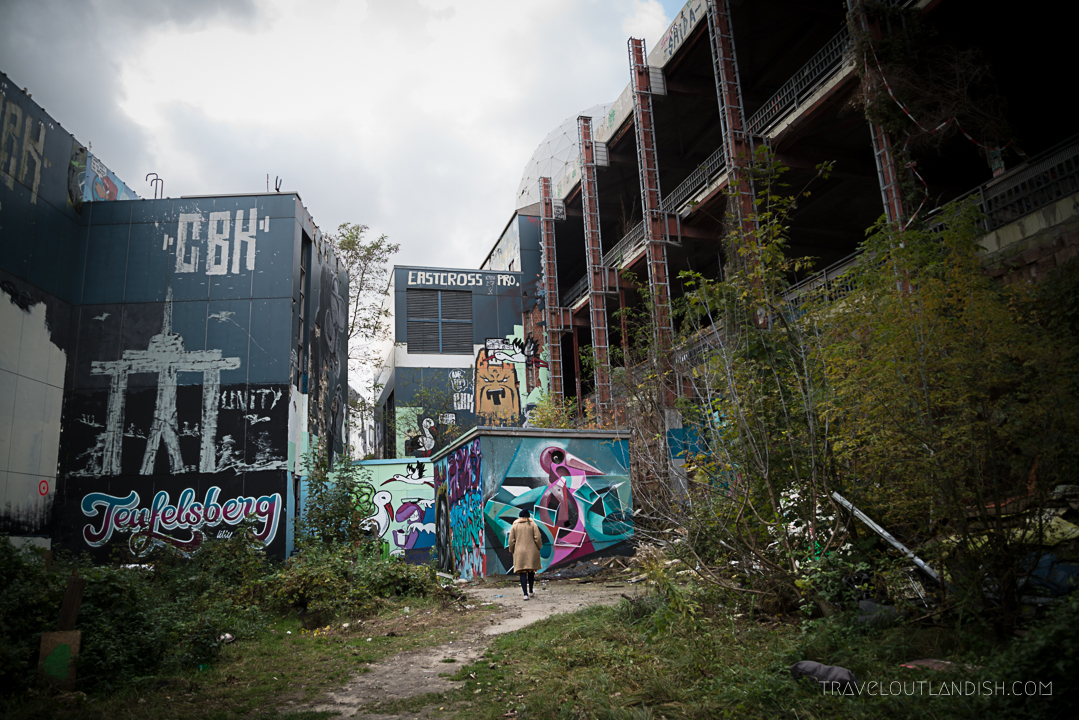 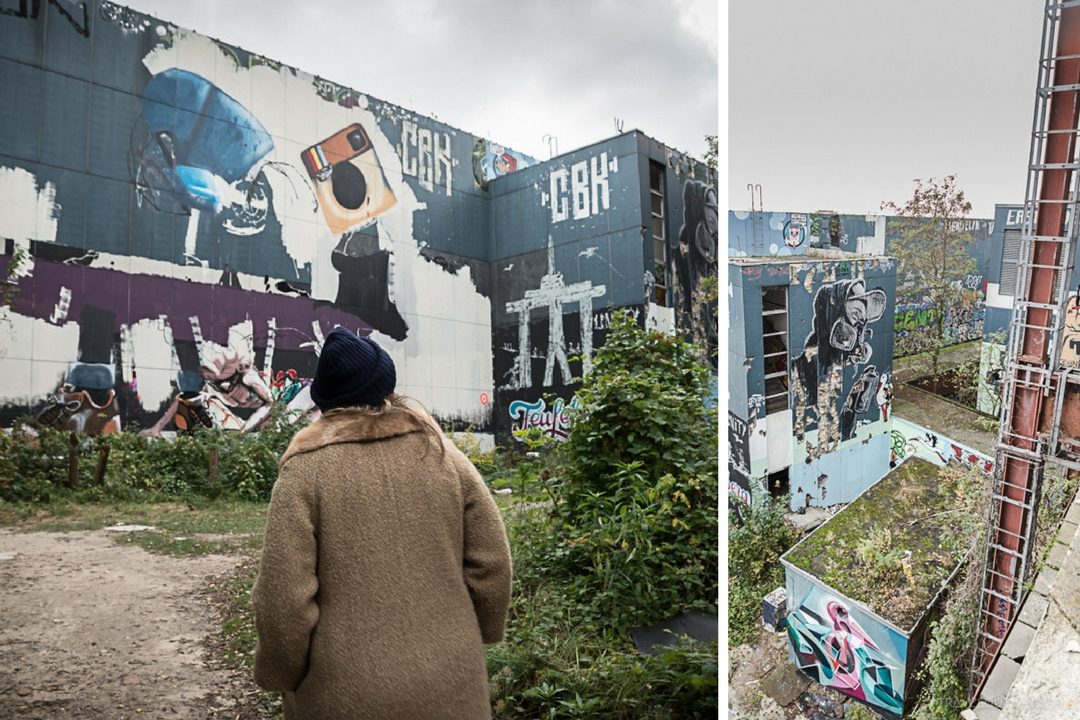 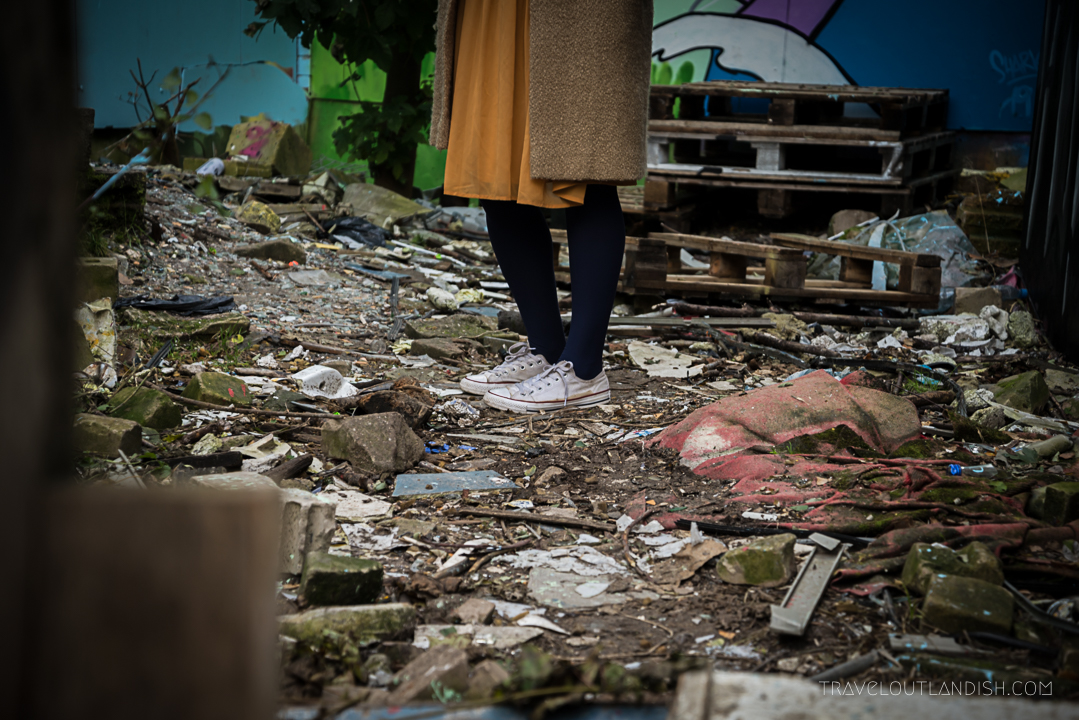 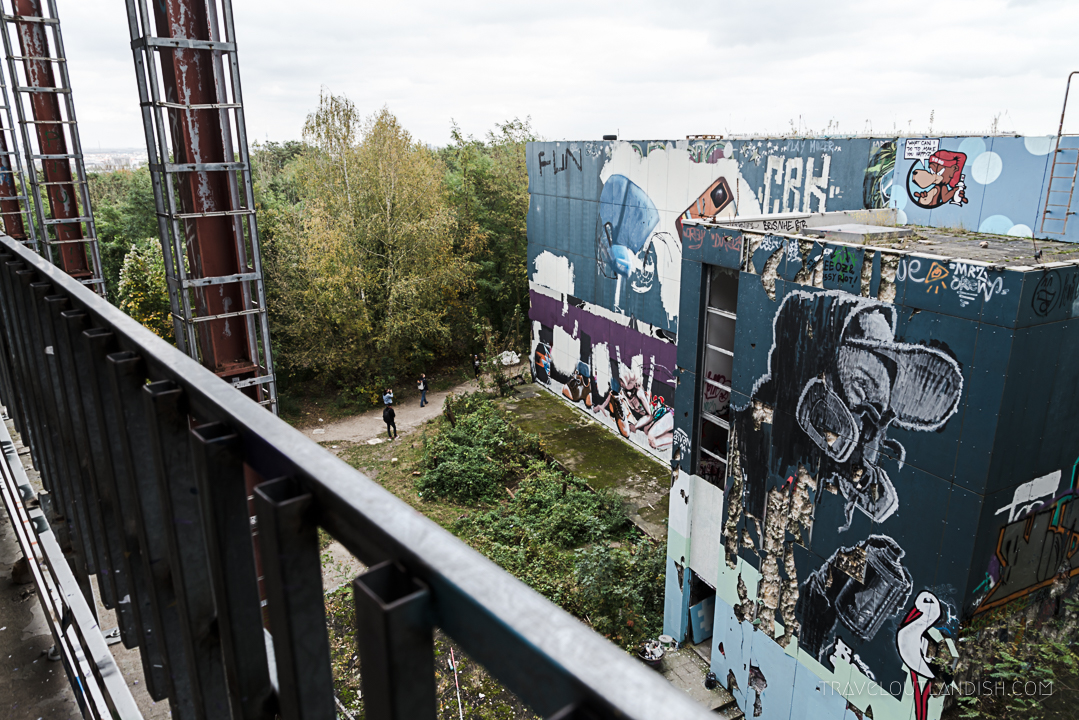 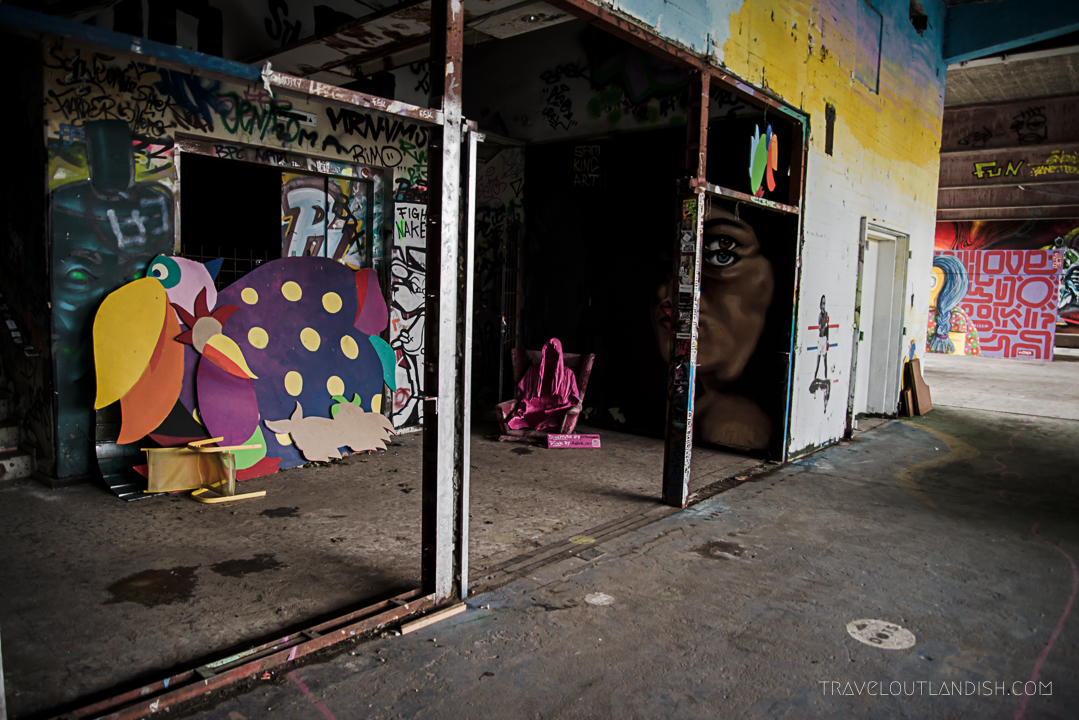 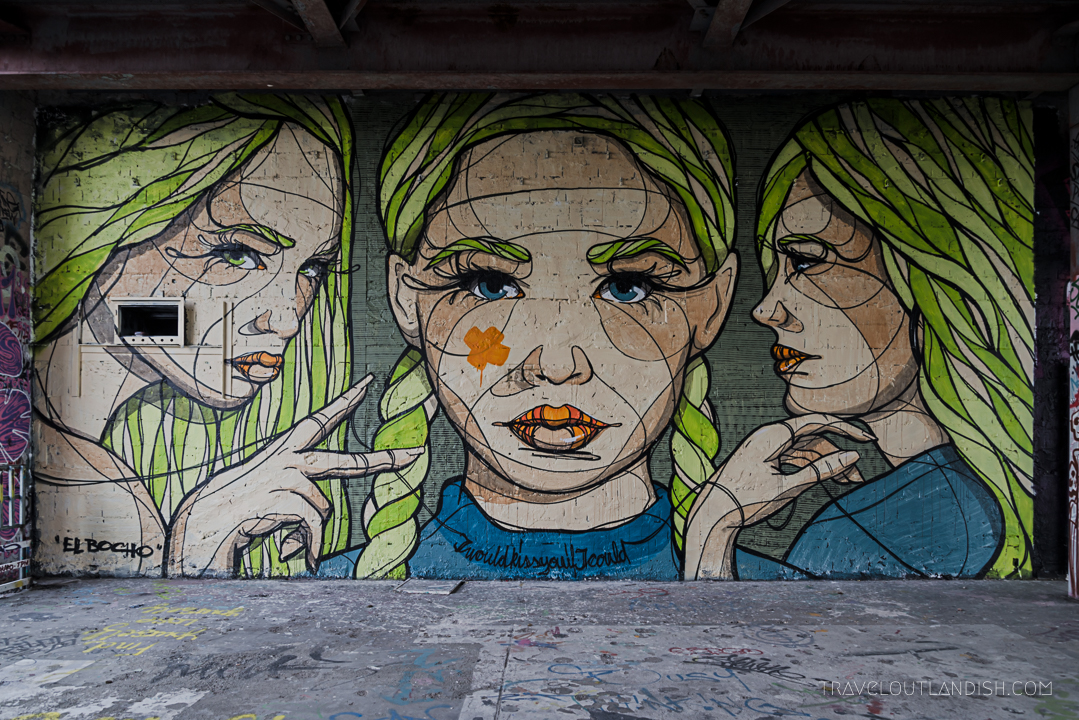 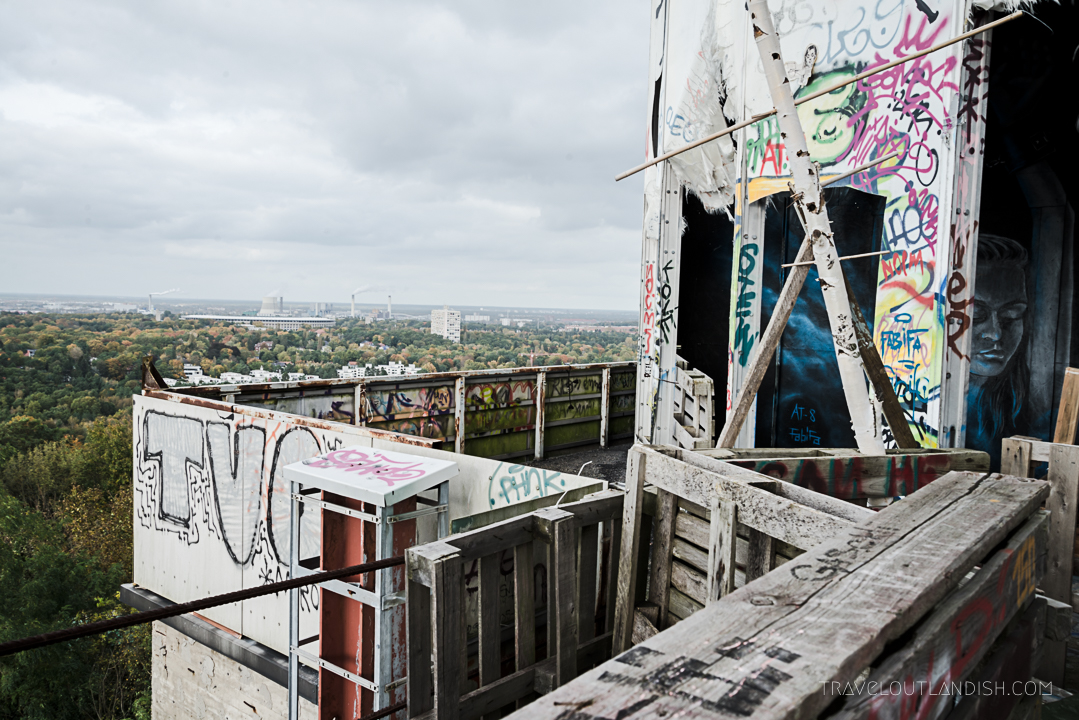 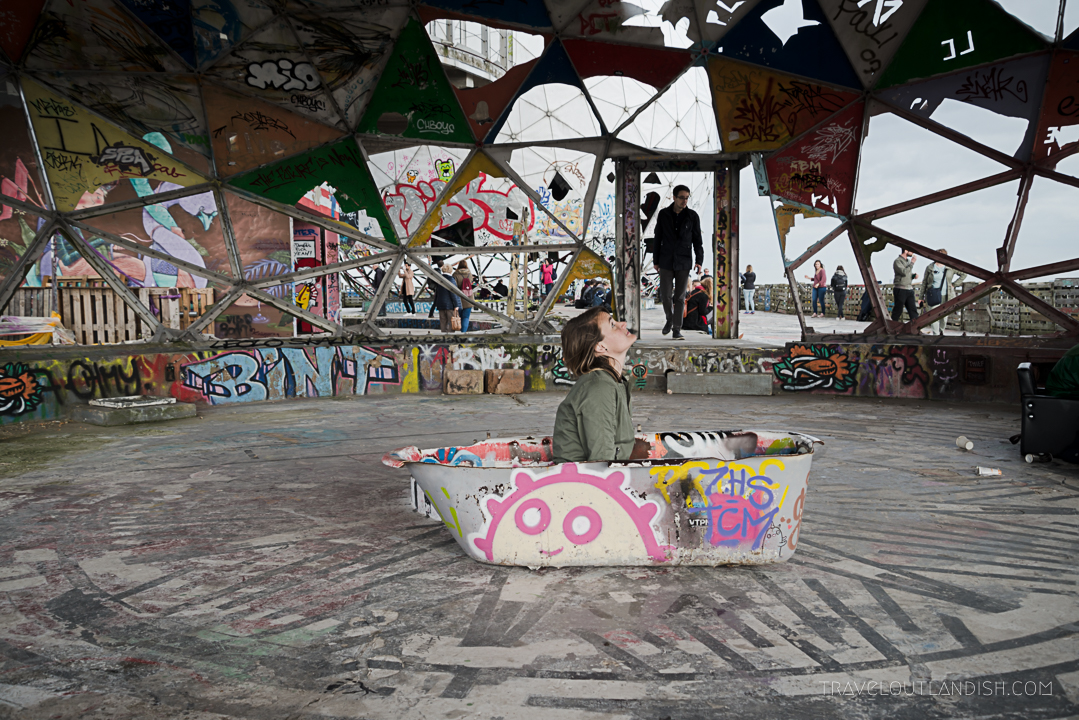 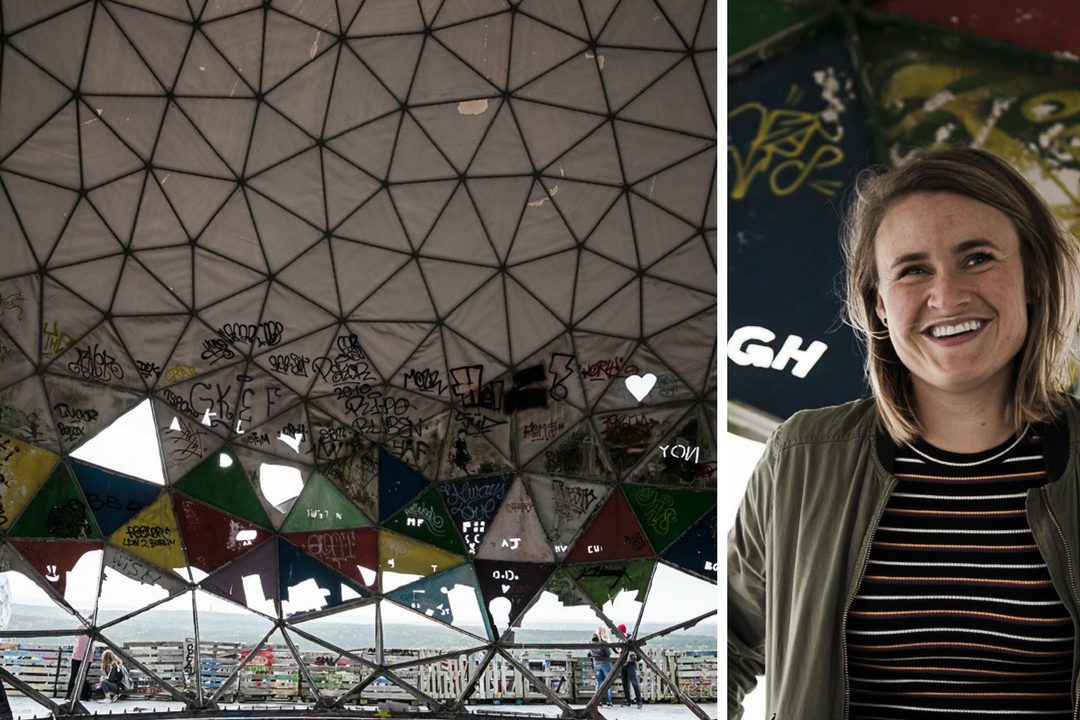 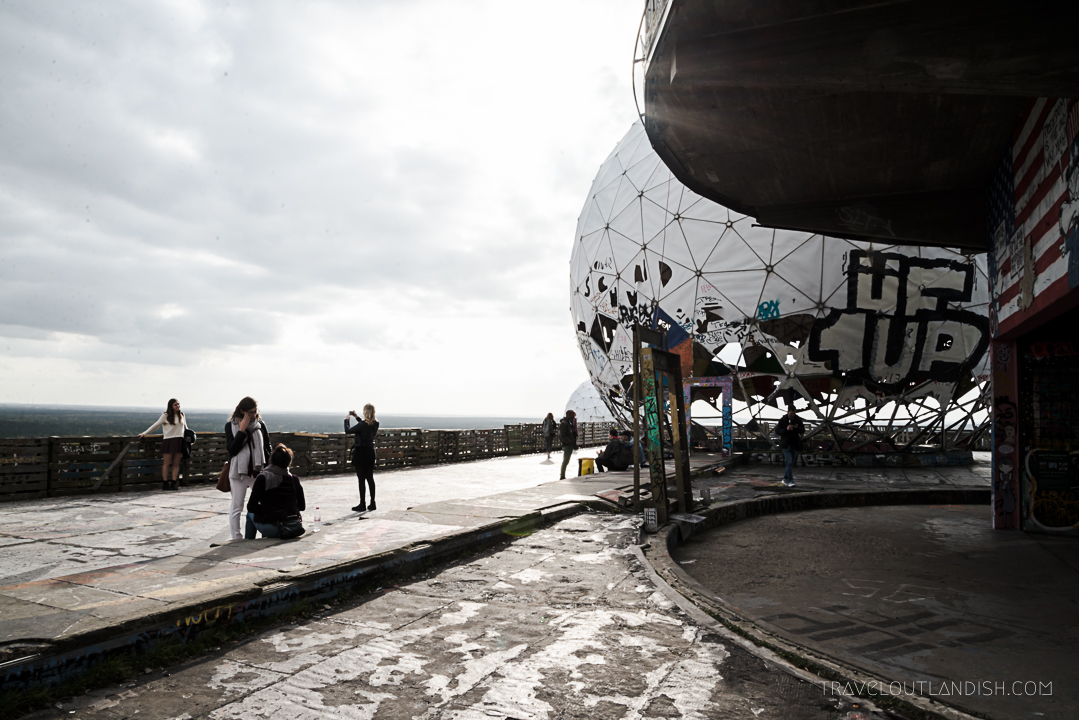 Where is Teufelsberg? You can get to the abandoned structure on a short train ride from Berlin. To get to Teufelsberg, you take the S1 to Grunewald or the S7 to Heerstraße, and walk 30 minutes to the site. Bring comfortable shoes, because the last part of the walk is quite steep!

Where to Stay: Berlin is full of cool hotels and cheap hostels so stay within the city and day trip to Teufelsberg rather than staying in the periphery.

Cost: While it used to be possible to sneak in, the fences have been reinforced. Expect to pay 8€ if you go during opening hours, or if you manage to sneak in, you’ve got to let me know how!

Street Art at Teufelsberg: In 2016, The Art of Living invited 170 street artists to renovate the space. Now, works from Berlin street art legends like El Bocho are on display.  Take a look! 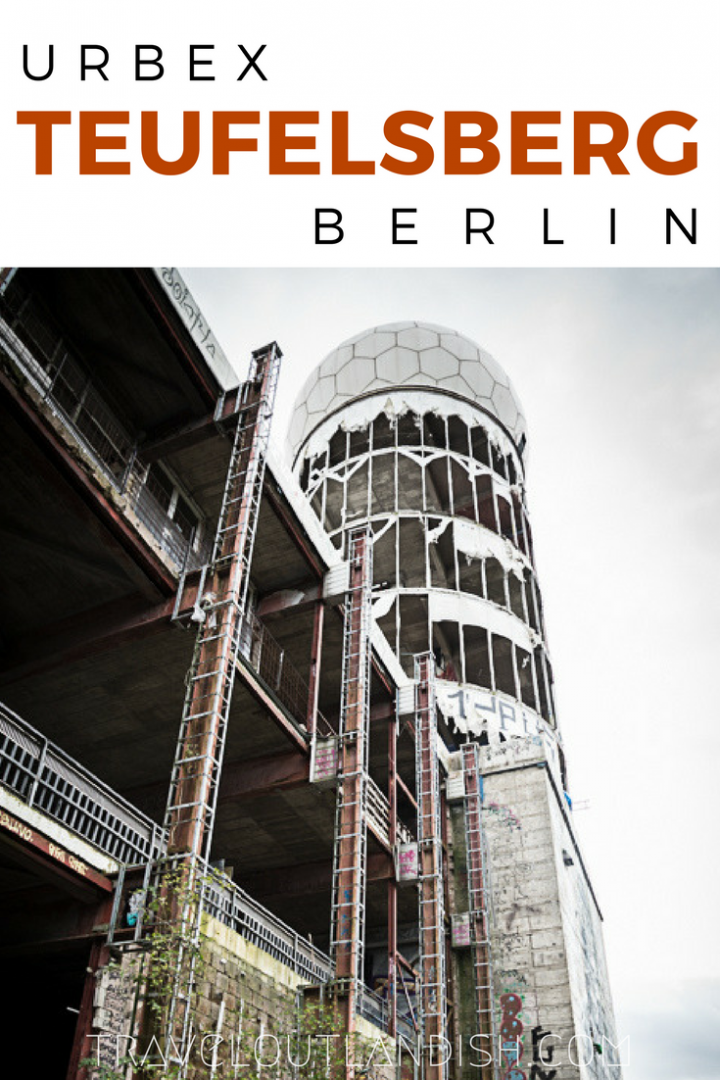 Where have you found the best urban exploring? Have questions about how to visit Teufelsberg or things to do in Berlin?