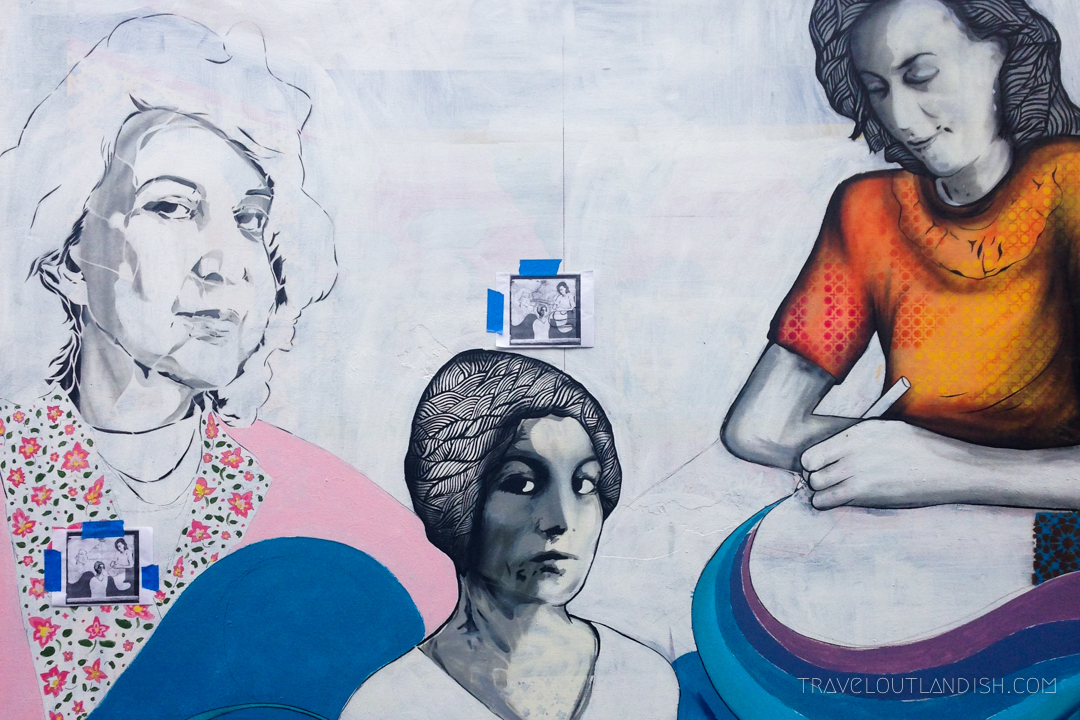 The sights of San Francisco look just like they do in photographs, but Haight Ashbury and Alcatraz Islands aren’t the places that make San Francisco so awesome. If you’re just passing through, you might leave wondering what the big deal is. If you stay awhile, you’ll fall in love for sure.

San Francisco’s populace is fragmented, yet so inseparably intertwined. Young software engineers are planting themselves, crowding the roots of racial minorities and activists who lived here before it was lucrative to do so. It is one of those cities where hipsters from Idaho shop alongside minimum wage mothers at the Salvation Army. In San Francisco, self-proclaimed CEO’s attend Burning Man with comic book artists who have spent their years in the city by the grace of rent-controlled apartments. It is the kind of place where overpriced patisseries share walls with dated parlors; they both charge $8, though one for a croissant and the other for a haircut.

It is the dissonance between the old and the new that makes San Francisco a spectacular city.

Arising from the clash is a more subtle kind of protest; not in the form of riots or gunfire, but in the form of art. Be it a mural in a designated Mission District alley or a tag on the butt of a city bus, San Francisco overflows with self-expression. Toeing the line between legal and illicit, the city is covered in tremendous works of street art that give it its urban character. 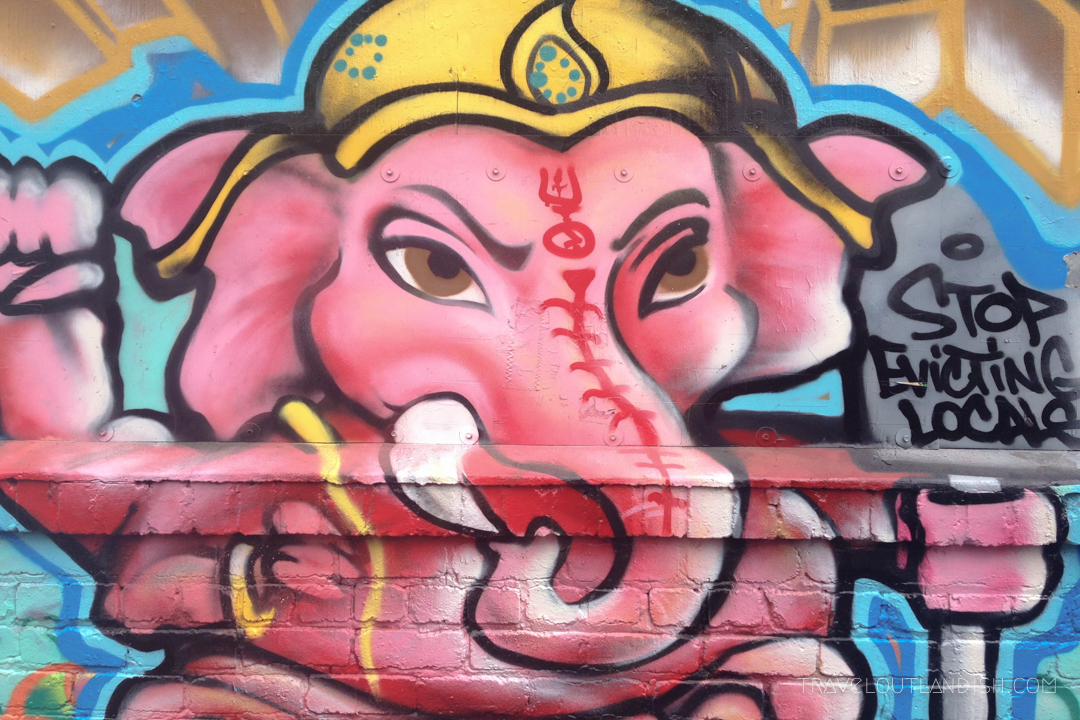 Some pieces depict gentrification or recreate cultural legacies lost while others are simply deviant or satirical. Whatever the meaning, there is art everywhere you look in San Francisco. It dirties up spankin’ new brick buildings and masks corporate billboards from Coca Cola. Entire 4-story buildings are covered in murals of native warriors or senior citizens dancing. 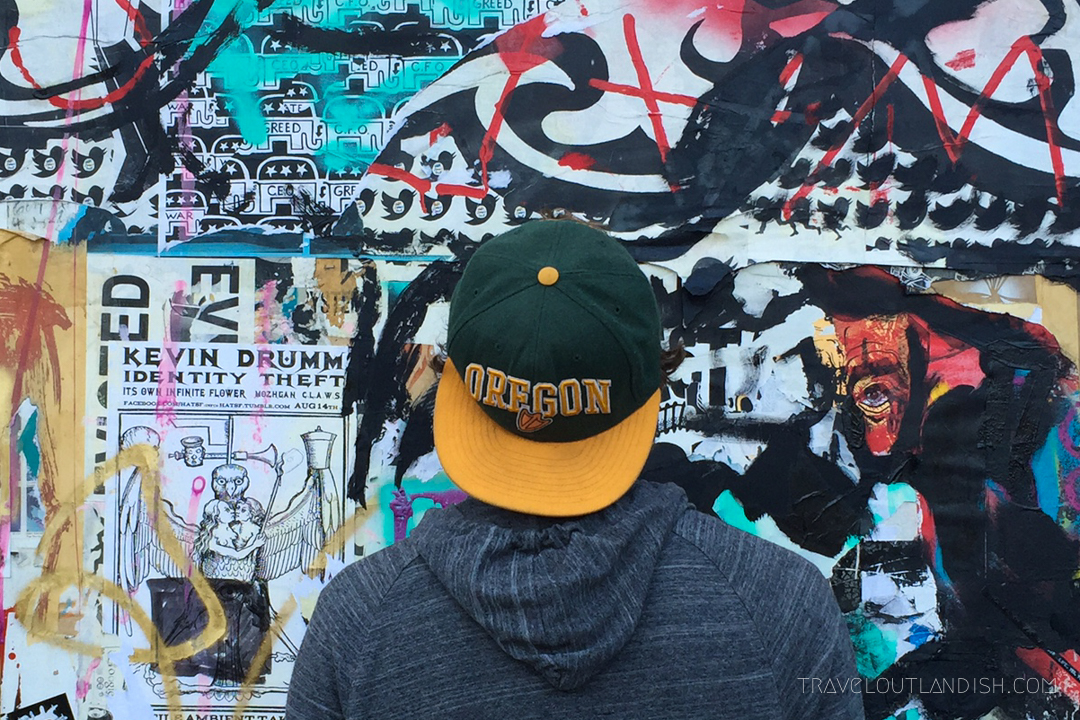 Where to see street art in San Francisco

Clairon Alley: Duck into Clarion Alley for a glimpse at the regularly rotating masterpieces.  Commissioned artists take over their allocated sections of the alley to communicate an artistic rendition of political issues or satirical scenes. Located in the Mission District, off of Valencia St between 17th and 18th 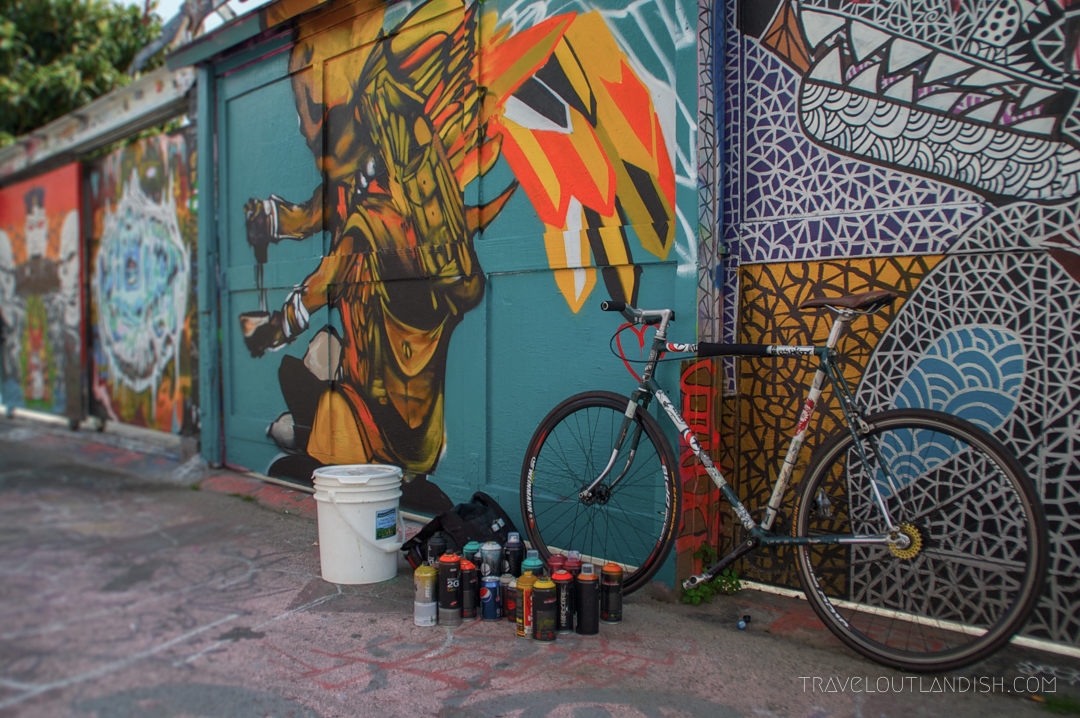 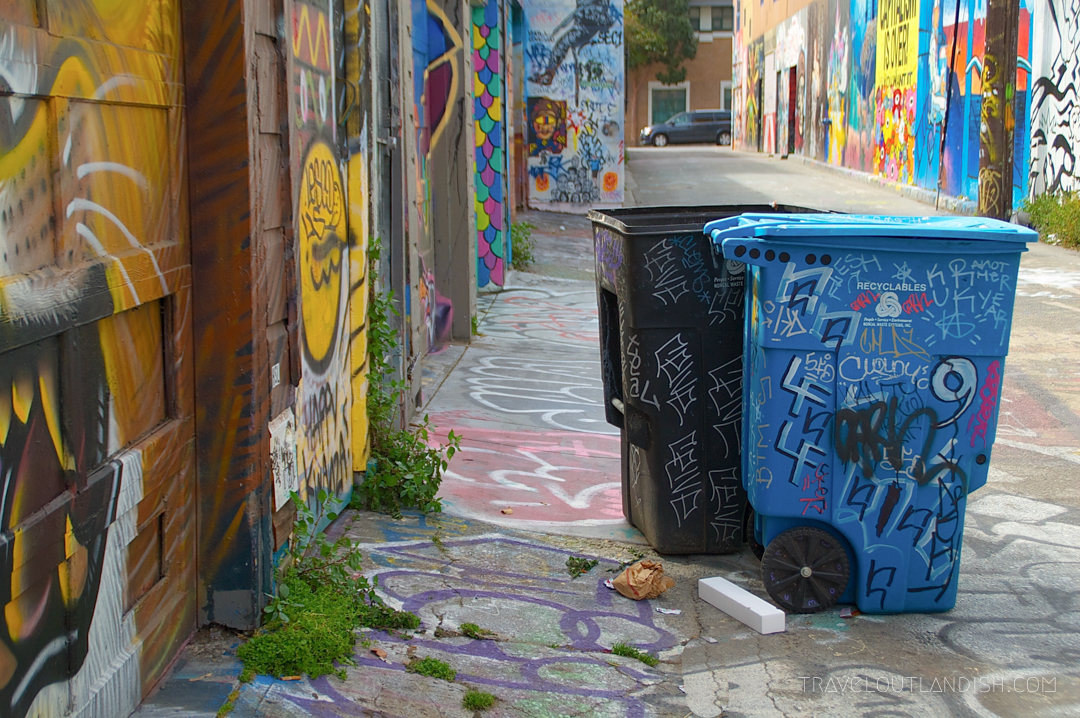 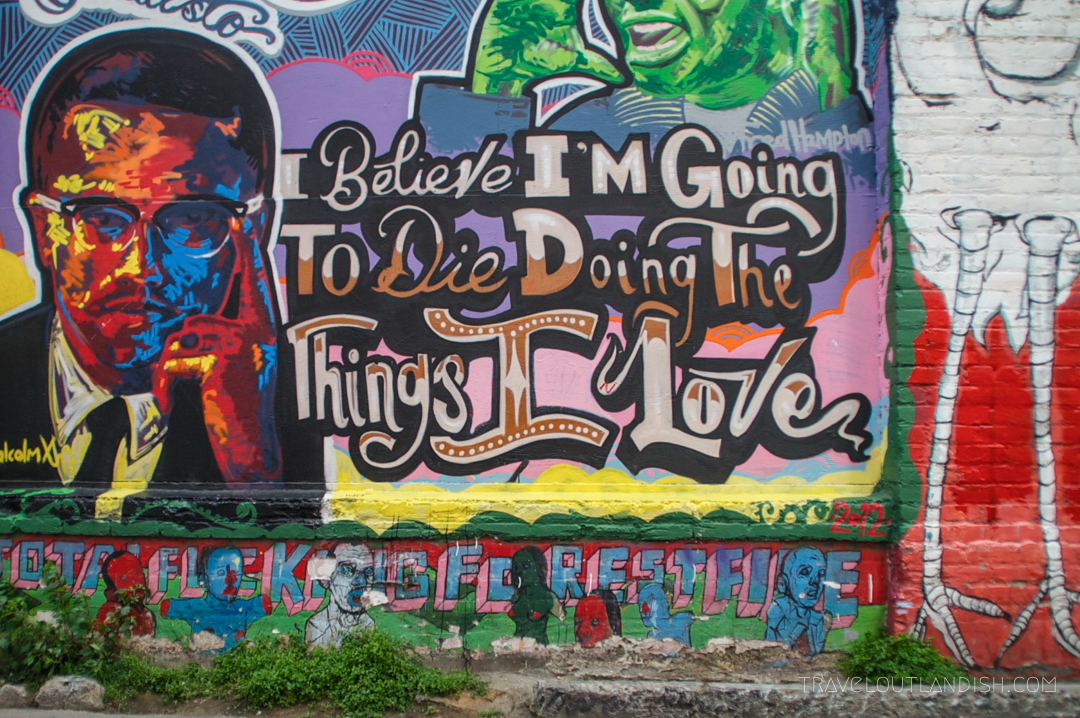 Lilac Street: On Lilac Street, you’ll find yourself amongst some of the lesser famed Mission murals. Hosting a mix of intricate portraits and hastily made tags, the quality can vary, but the lack of crowds makes this one of our favorite spots for street art. Located in the Mission District off of 24th between Mission St and Capp. 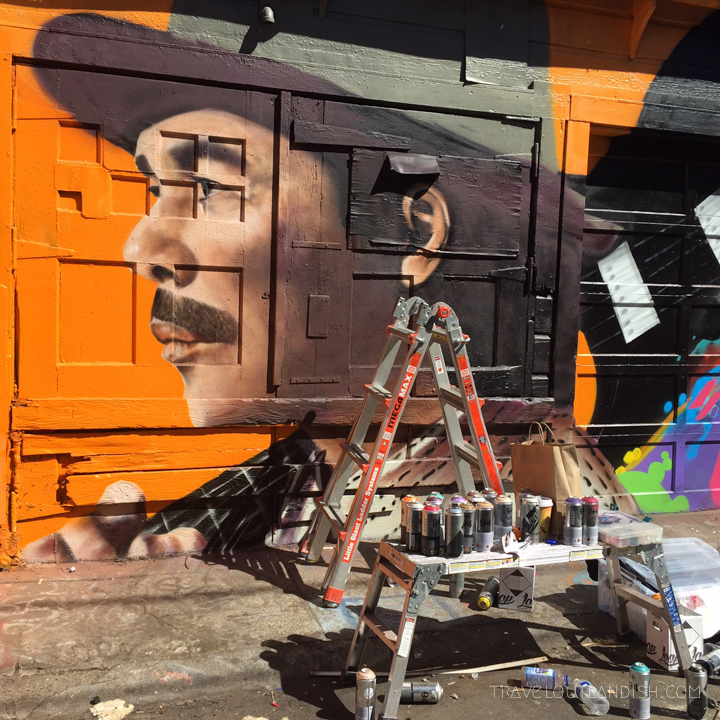 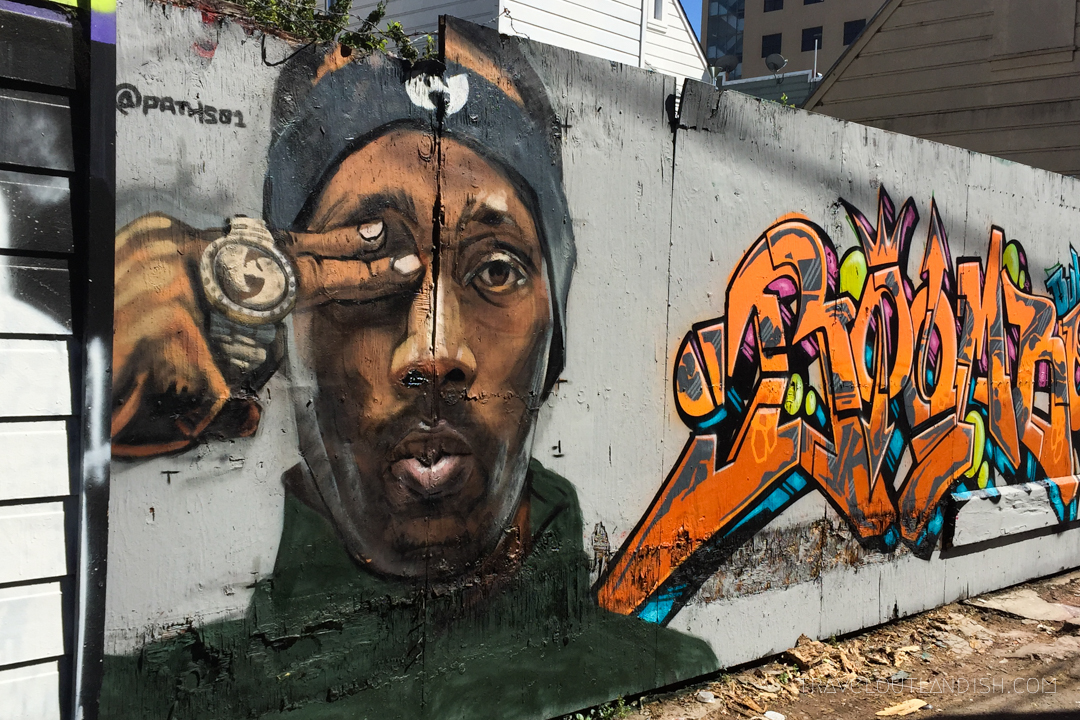 Balmy Street Murals: Balmy Street hosts some of the most politically charged murals around the city. Honoring the rich history of Mission resident’s Latin American ancestors and crying out about recent reforms in modern-day San Francisco, a short stroll here can teach you more than you’d imagine.  Located in the Mission District, off of 24th between Treat and Harrison. 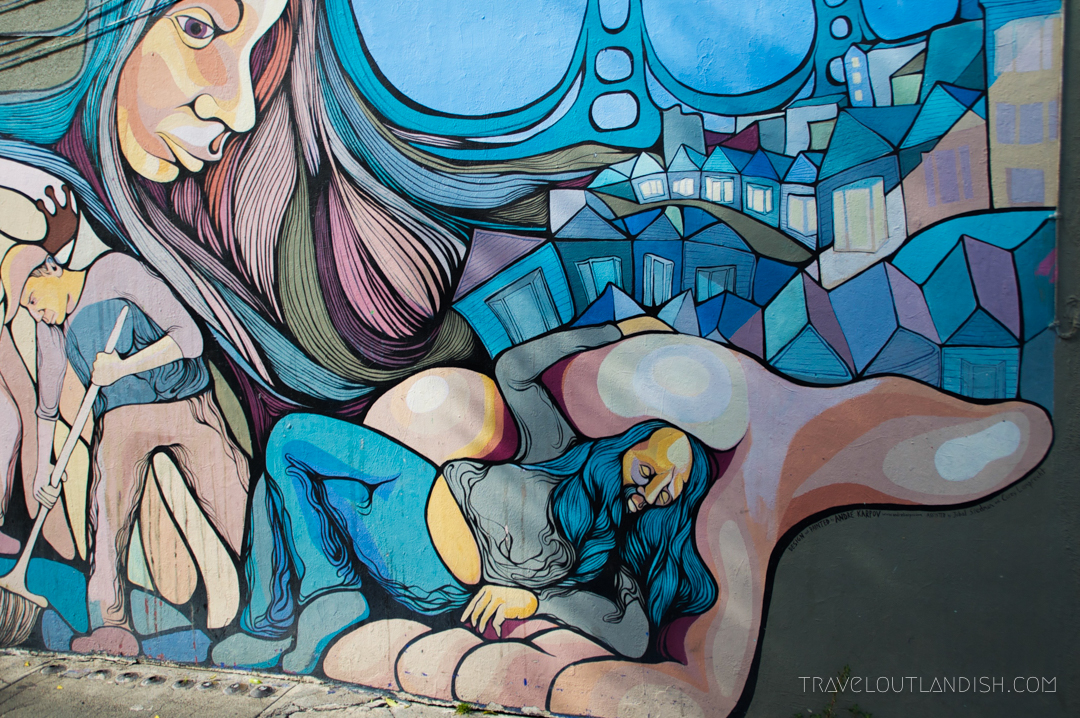 Jack Kerouac Alley: The Mural Vida y Sueños de la Cañada Perla of Jack Kerouac Alley is a scene replicated around the world. The mural pays homage to the original (destroyed during the armed attack of a Mexican Zapatista community) and it’s unmatched political significance makes it a must see. Located in North Beach,  on Colombus Ave. at Broadway.