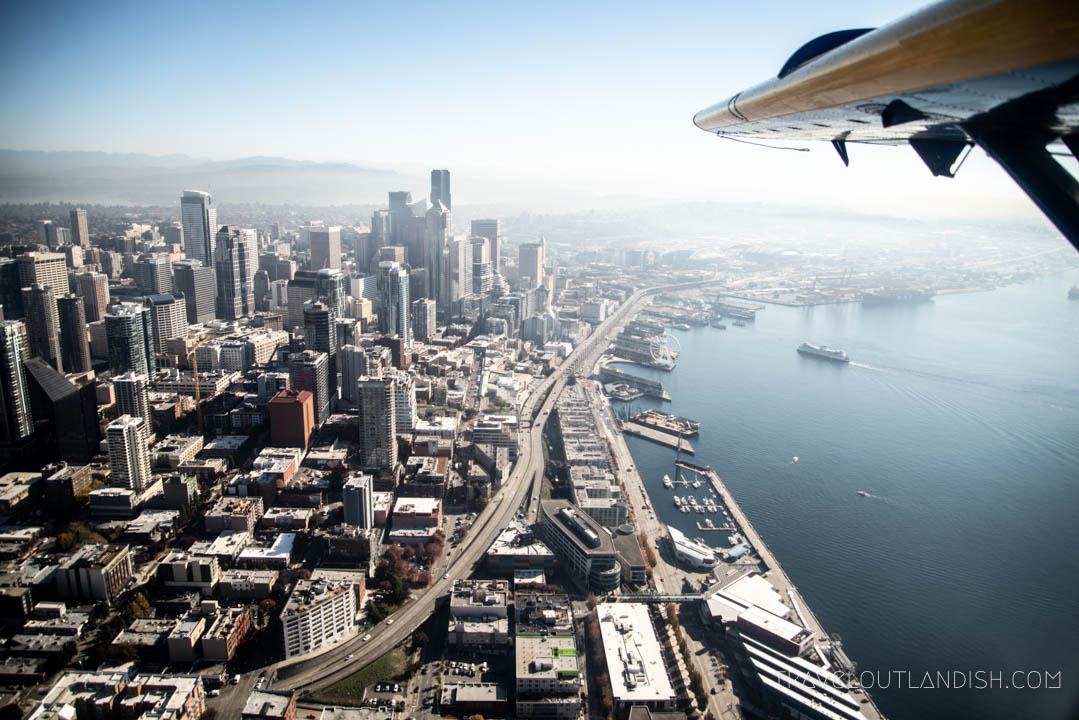 This post is in partnership with Kenmore Air. I received a complimentary Seattle seaplane flight in exchange for an honest review, but all opinions are my own!

Ever noticed how perspective can drastically change the way you see a place? A city is really just a bunch of real estate, parks, and landmarks when you break it down. In thickets of concrete, beneath telephone wires and illuminated signs, you get absorbed in the details. But zoom out a bit, and you have yourself a city. An urban wilderness can actually be quite lovely; sometimes all it takes is an elevator ride to the 23rd floor of an unguarded hotel elevator to see it.

But aerial vantage points are generally limited. Sure, you can climb to mountain summits or to the top of a high building and peer out the window seat on a commercial jet. But in a city like Seattle – a city known for its skyline – you have another particularly interesting option. You can really get your bearings when you take a seaplane flight over Seattle. Seeing the city from above sounds pretty nice, huh?

Take a look at Seattle from the air. More details on Kenmore Air and their Seattle seaplane tours at the end of this post!

A Flight Over Seattle by Seaplane 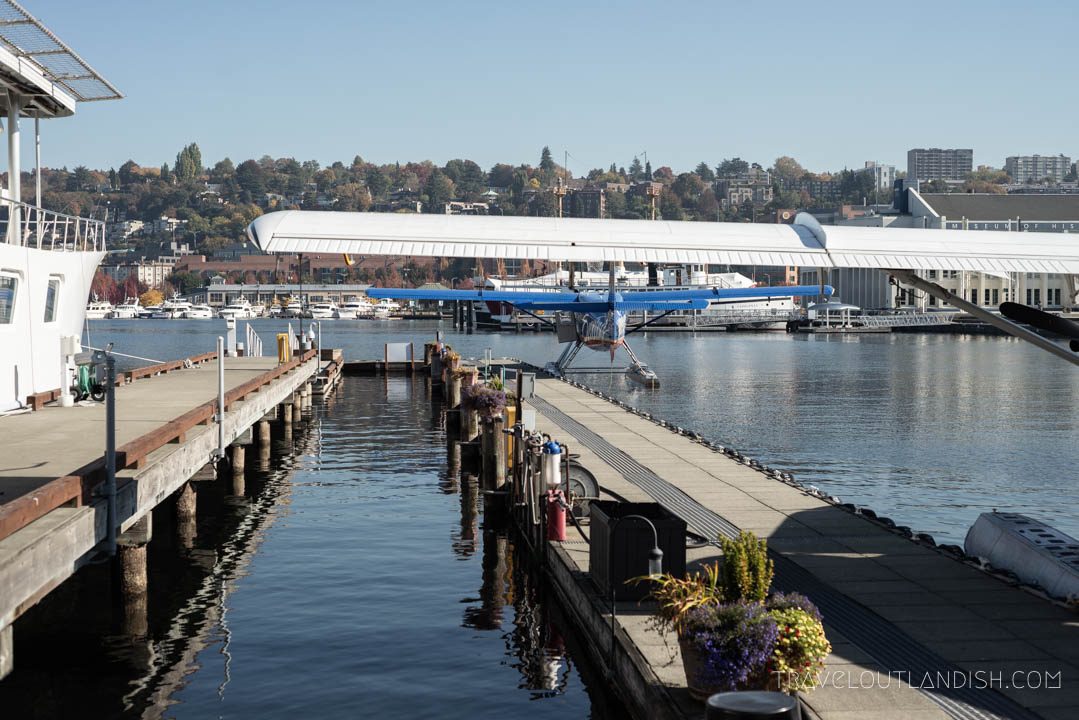 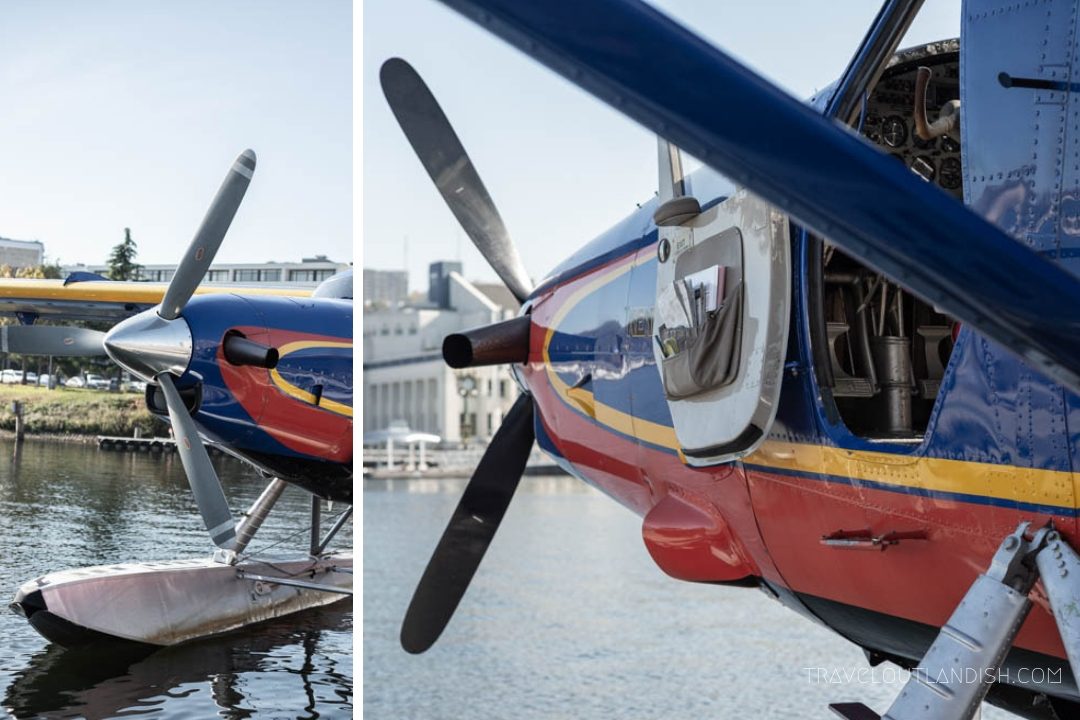 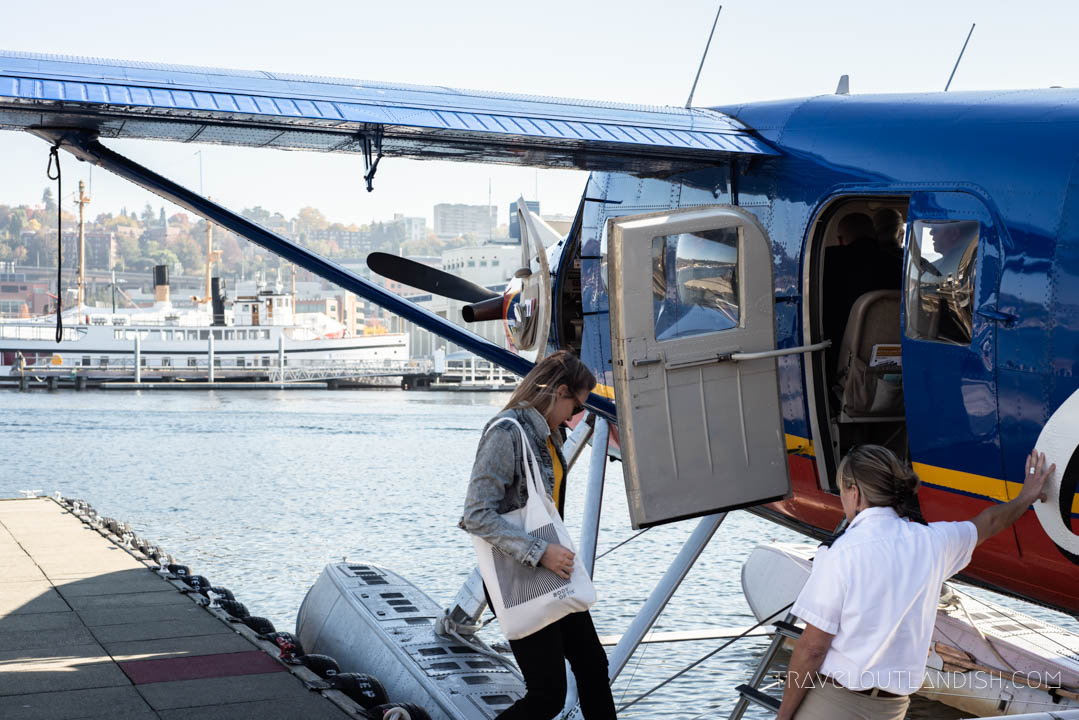 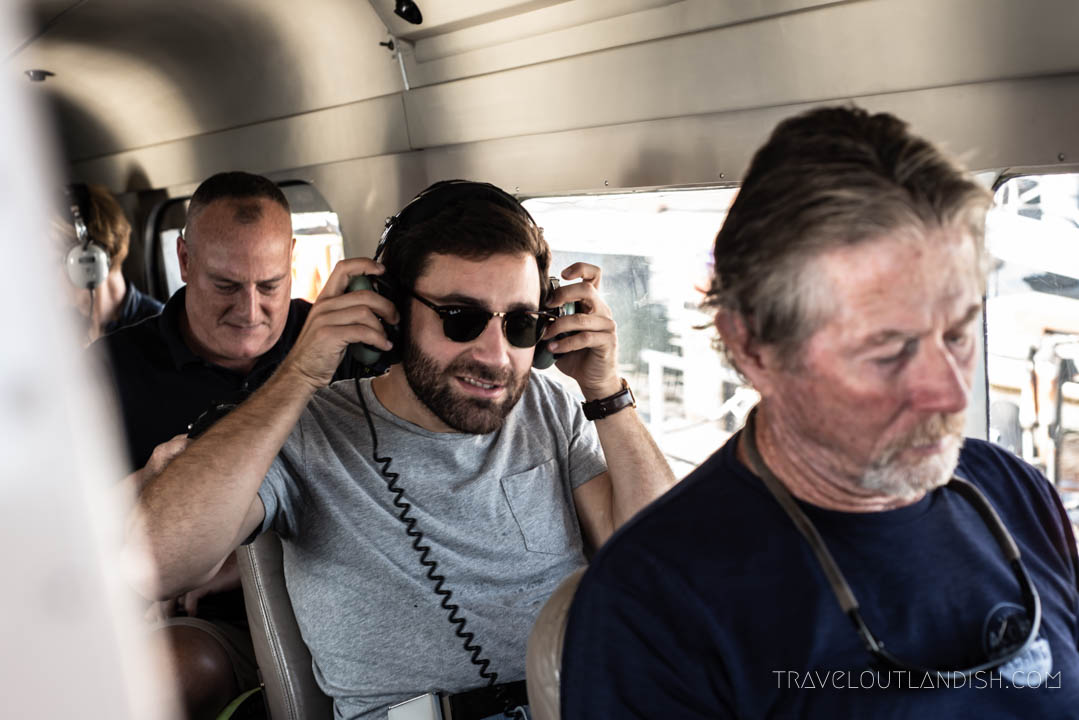 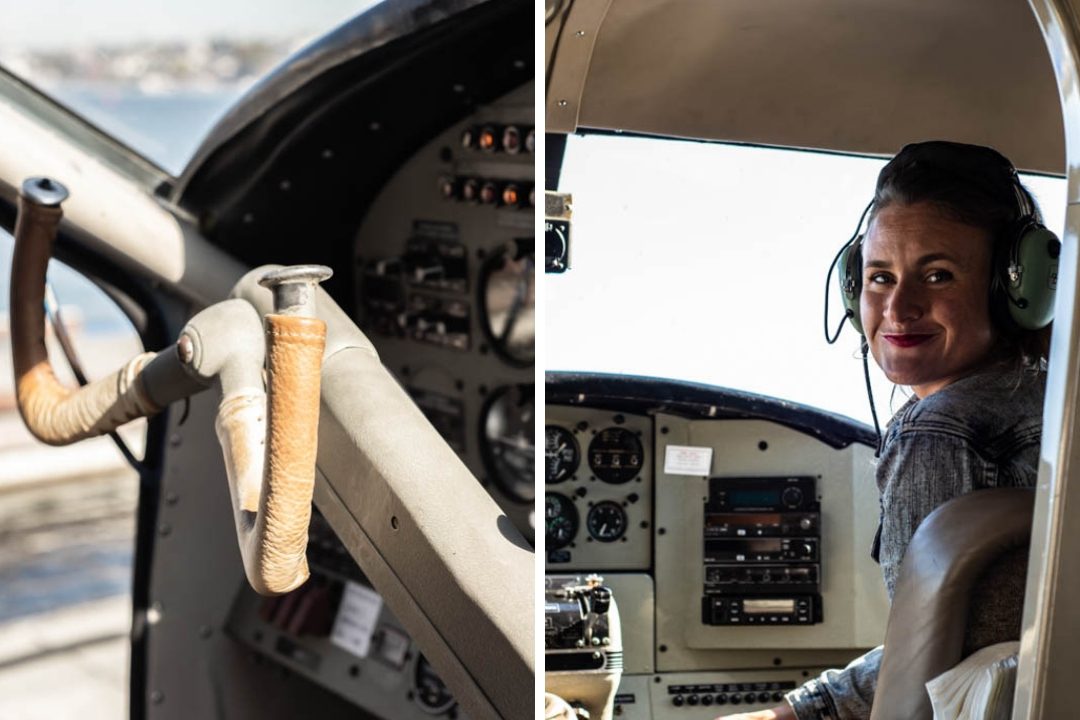 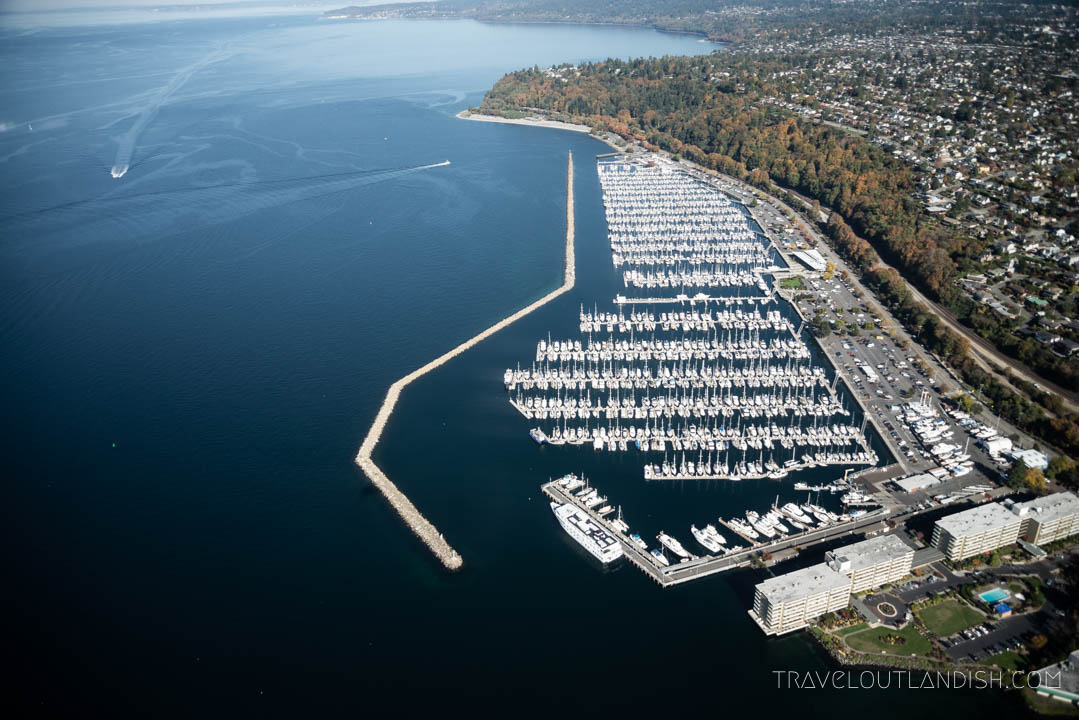 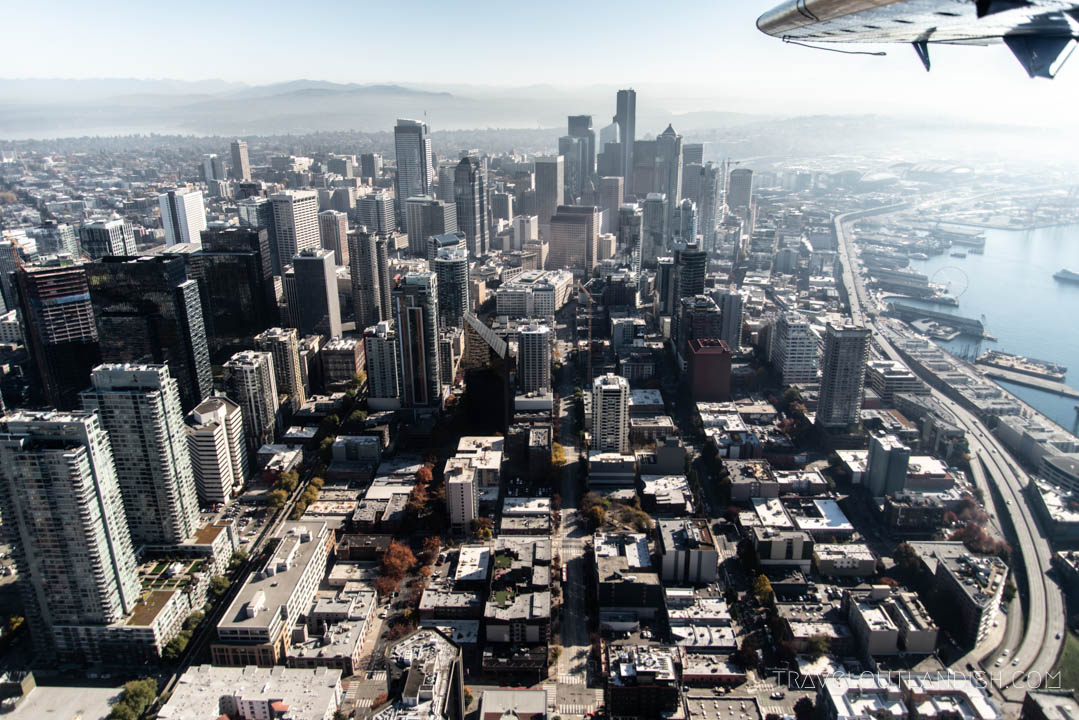 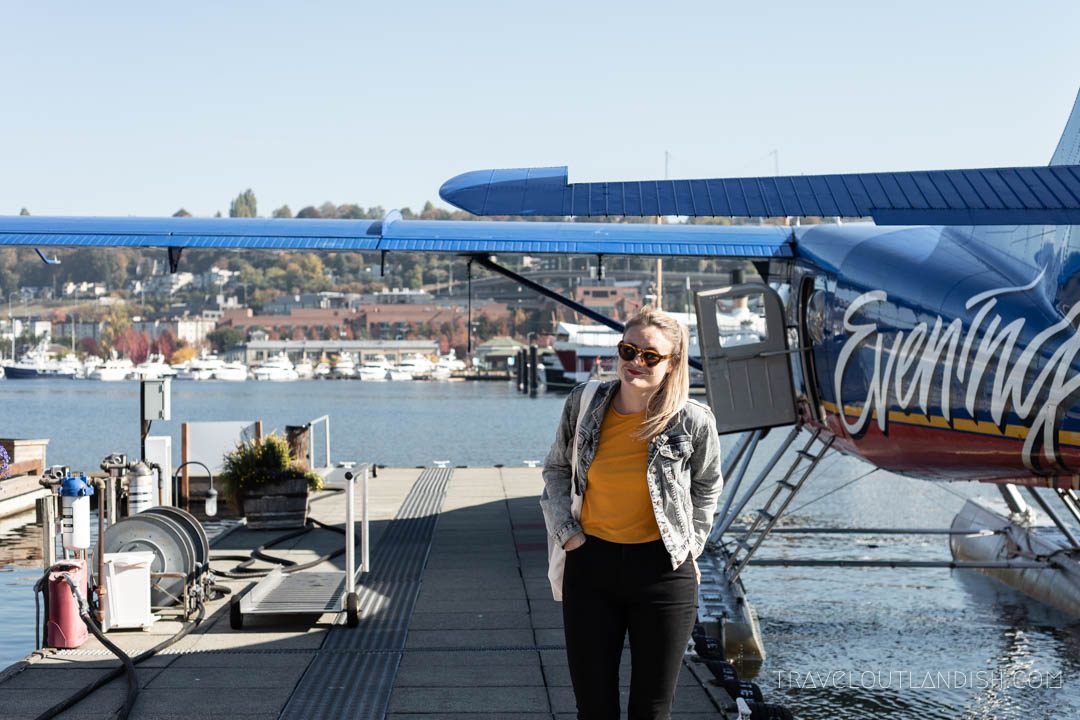 Just after WWII in 1946, high school friends Bob Munro, Reg Collins and Jack Mines built a company with just an airplane and a single hangar near a swamp at the North end of Lake Washington. Today, however, Kenmore Air has a fleet of 25 aircraft, 52 pilots, and tons of touristic and charter flights scheduled each week.

I went for their Seattle Scenic Seaplane Tour which was a 20-minute flight over the city aboard ade Havilland Beaver. We departed from South Lake Union on one of their regularly scheduled departures. The plane is set up so everyone gets a window seat (so no throwing elbows!) and they provided a headset with narration that explained the city’s bridges, skyline, and distant peaks.

Have more time? Check out their Mt. Ranier & Mt. Saint Helens Tour or San Juan Islands Ride-Along. They also offer one-way seaplane flights from Seattle to Vancouver, Victoria, the San Juan Islands, and the BC Inside Passage.

Seaplane Prices: Flights cost anywhere from $99-$369 depending on season and which tour you select. 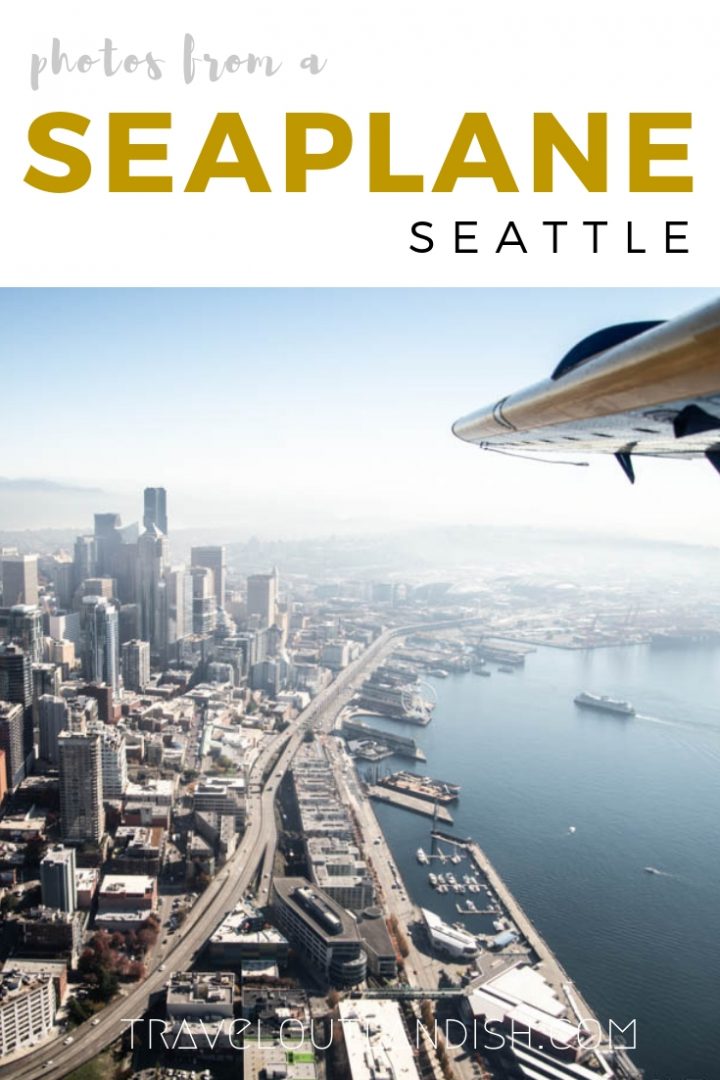 What are some of your favorite uncommon vantage points? Got any other places for great views of Seattle? Share them in the comments below!