A Get Outside Guide: The Santa Cruz Trek | Peru 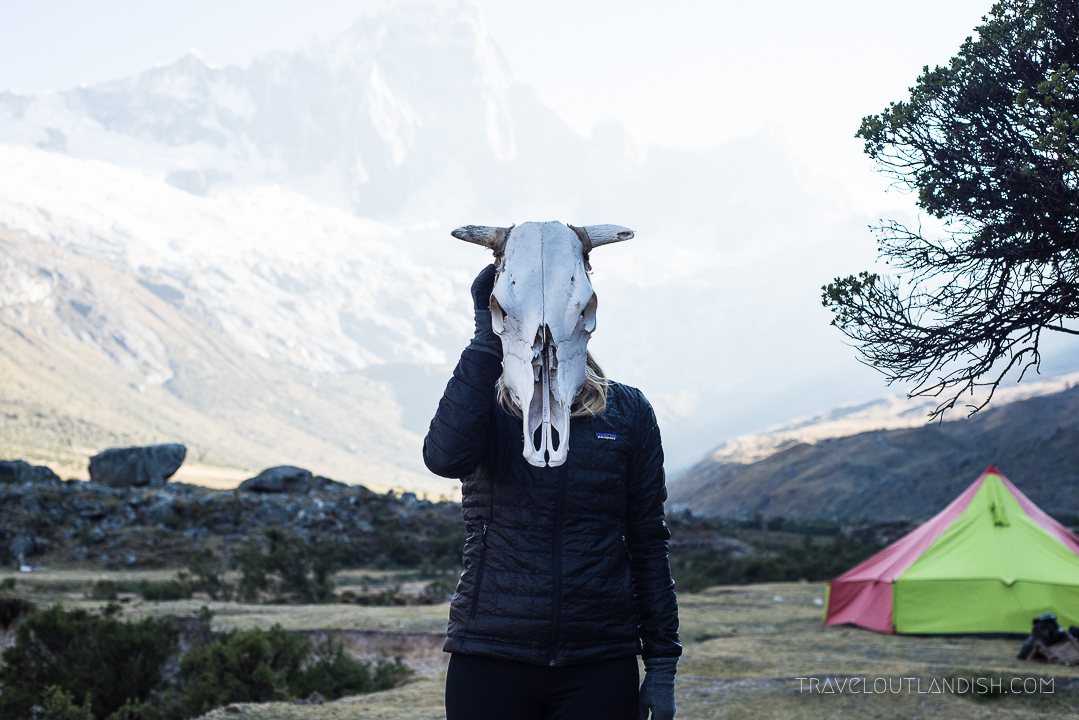 The Santa Cruz Trek in Peru turned out to be the Annapurna Circuit no one ever told me about. It was awfully strange, being dropped off in an enormous mountain range that I’d never even heard of before. Each bend in the trail revealed to us valleys and meadows I’d never even seen in photos. After 4 days of trekking in the Cordillera Blanca, even glacial lagoons become commonplace. The scenery was grand, overwhelming, and seriously beautiful.

Trekking the Santa Cruz was one of my favorite treks in Peru and one of the standout treks in all of South America. I’d say anyone with a pair of hiking boots should make a point to head to Huaraz and experience it for themselves.

Want to go on an adventure? Here’s everything you need to know about hiking the Santa Cruz Trek in Peru.

The Santa Cruz Trek is a moderately difficult hike that takes you through Huascaran National Park in the Cordillera Blanca mountain range of Peru. The trek reaches a max elevation of 4,760m, so the Santa Cruz is considered a great acclimatization hike. Guided treks are quite affordable (starting at $150) and doing the Santa Cruz trek without a guide is even more inexpensive. It’s super accessible for anyone looking to experience trekking in Peru.

The entrance fee to Huascaran National Park is $44 for visits of four or more days. 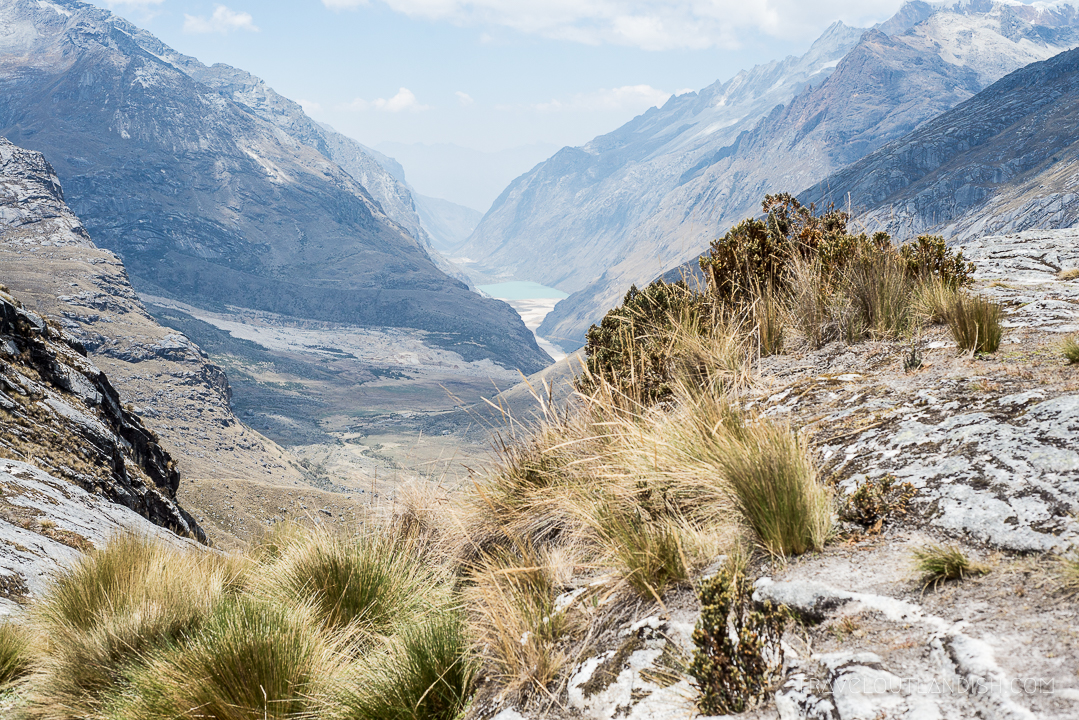 The Santa Cruz Trek begins either in Cashapampa (The Classic Route) or La Vaquería (The Easy Route). We unknowingly picked the easy route, starting off at 3,700m and descending to Cashapampa. I’d recommend the same to anyone planning the trek themselves.

From Huaraz, you’ll take a minibus to Yungay and a cooperativo to La Vaquería where you’ll begin your trek. Day 1 is a relatively easy hike that works out to about 11km. You’ll spend most of the day hiking through small villages and across a flat grassy meadow that leads to Paria Valley where you’ll set up camp for the night. 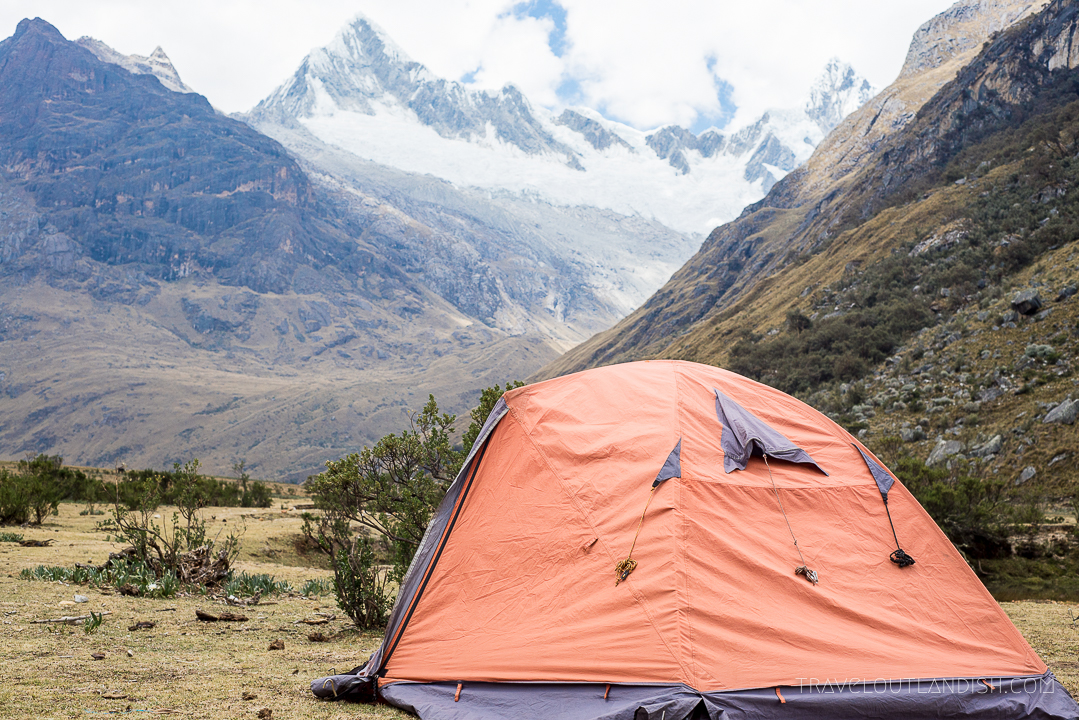 The second day is the hardest of the Santa Cruz trek. The high point, Punta Unión, is at 4,750 meters and you’ll spend much of the day slowly approaching Taulliraju . It’s a gradual incline through the Huaripampa Valley, but the trek gets more aggressive as you near the pass. Once you get there, it’s all views!

It’s an easy downhill from Punta Unión to the high-altitude meadow of Taullipampa. There are quite a few campsites here, but most are about 12km into the hike.

Optional: Just after the Taullipampa camp, drop your bags and trek up to Laguna Arhuaycocha! The roundtrip hike takes about 3 hours and you’ll get to check out yet another glacier lake. 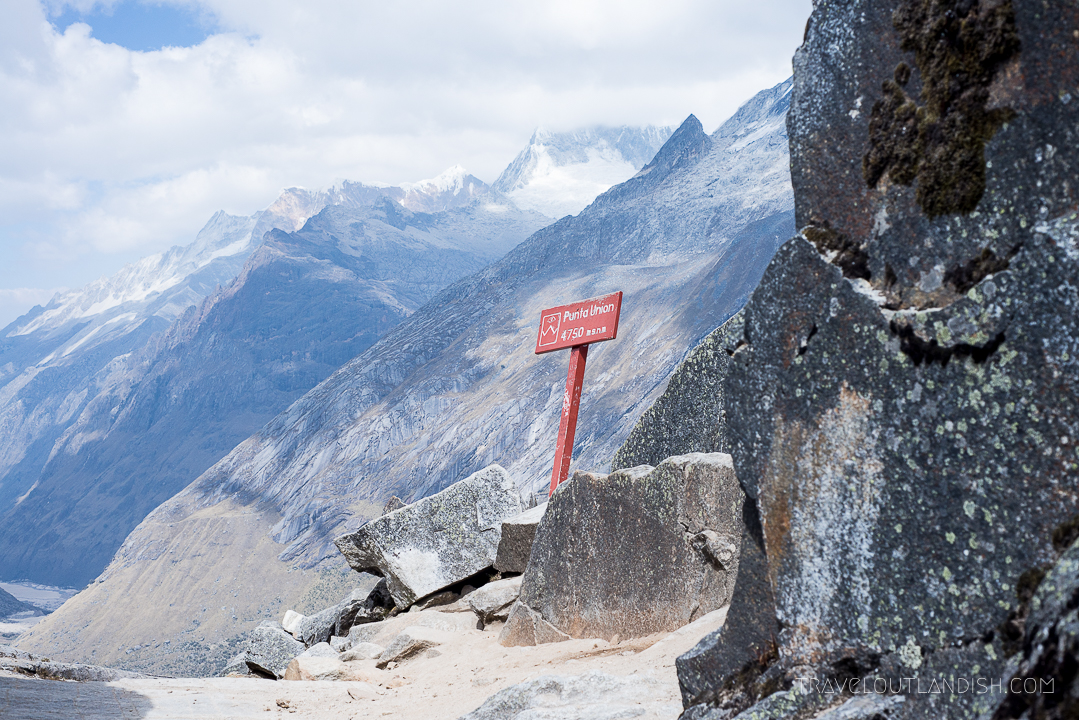 With the hard part behind you, it’s only long distances that can get you now. You’ll walk through the valley into what is best described as a desert basin. Recent floods have changed the area, but it’s still strangely beautiful. Once you get through the sandy part, the trail turns back to forests, waterfalls, and every other landscape imaginable. Set up camp in a grassy field at Llamacorral. 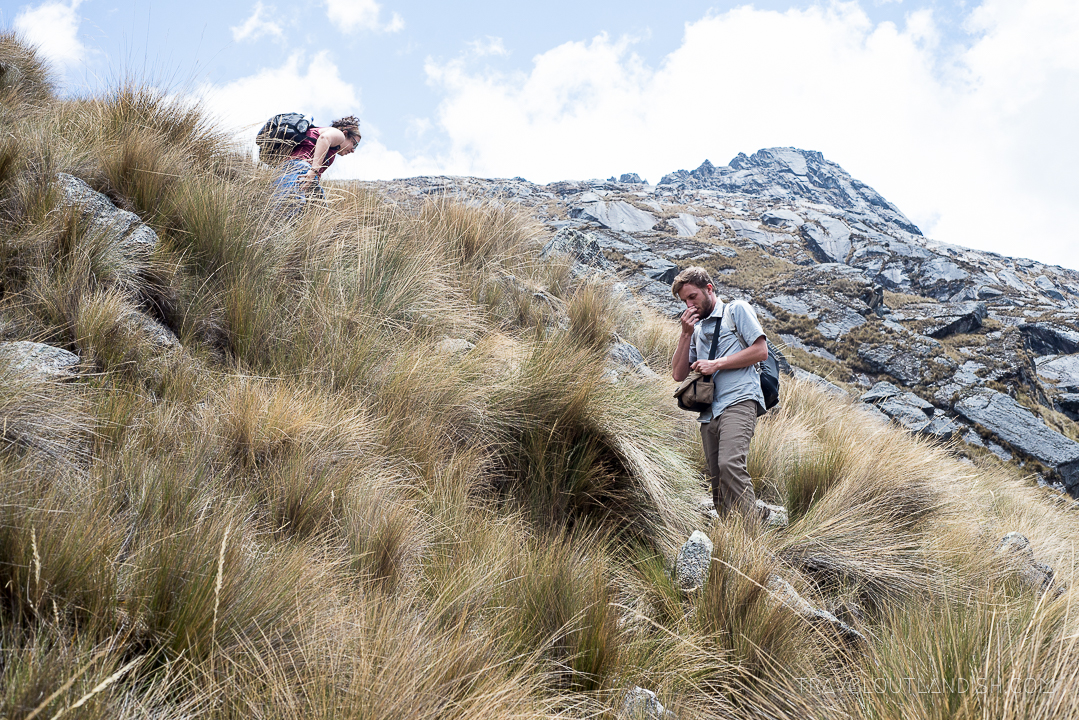 It’s an easy enough hike out to Cashapampa through a grassy ravine but keeping your balance is the biggest challenge. The downhill is steep and there are giant boulders to navigate. You’ll return back to the farmlands of the Santa Cruz valley and proceed out to Cashapampa. From here, you can travel back to Caraz, then onto Huaraz. 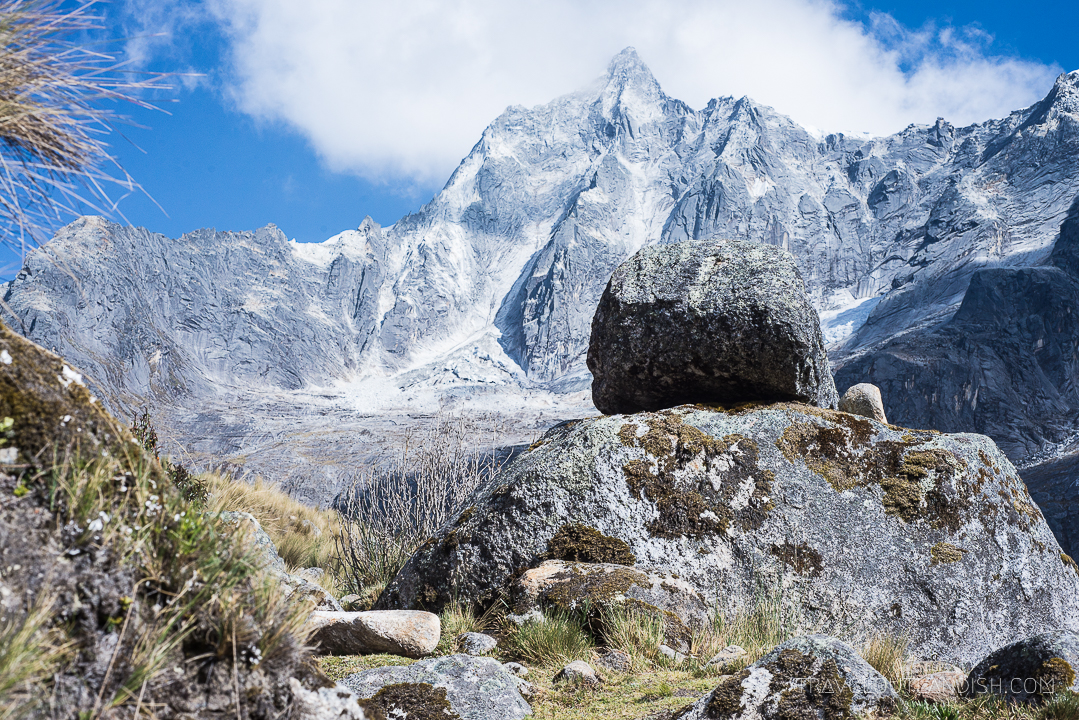 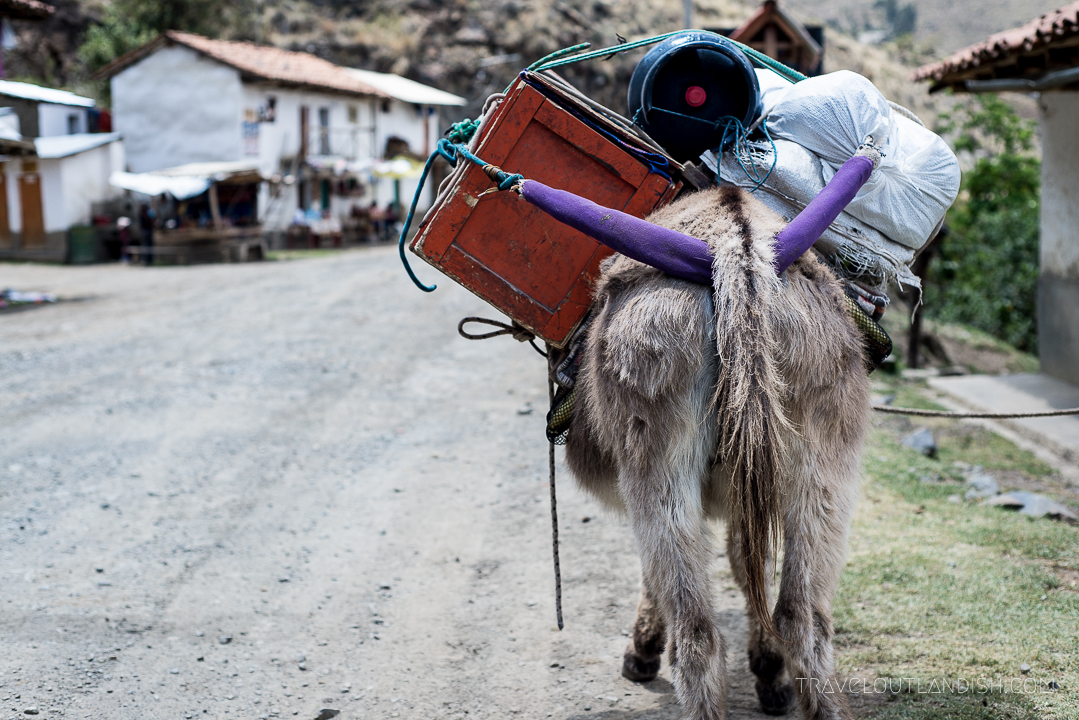 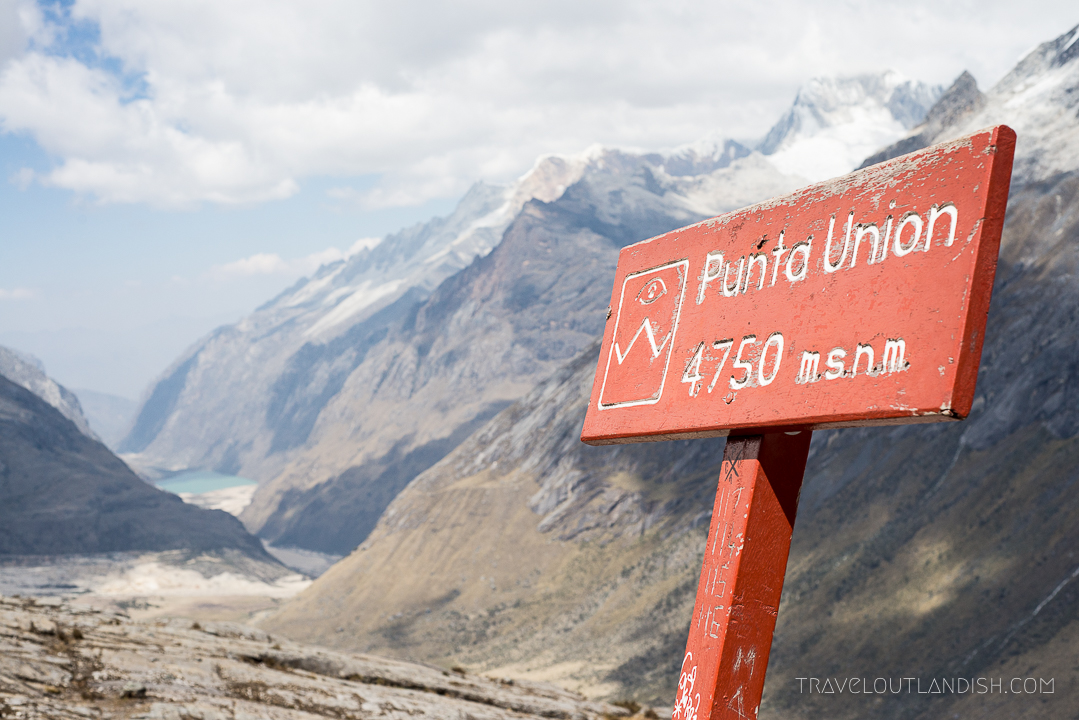 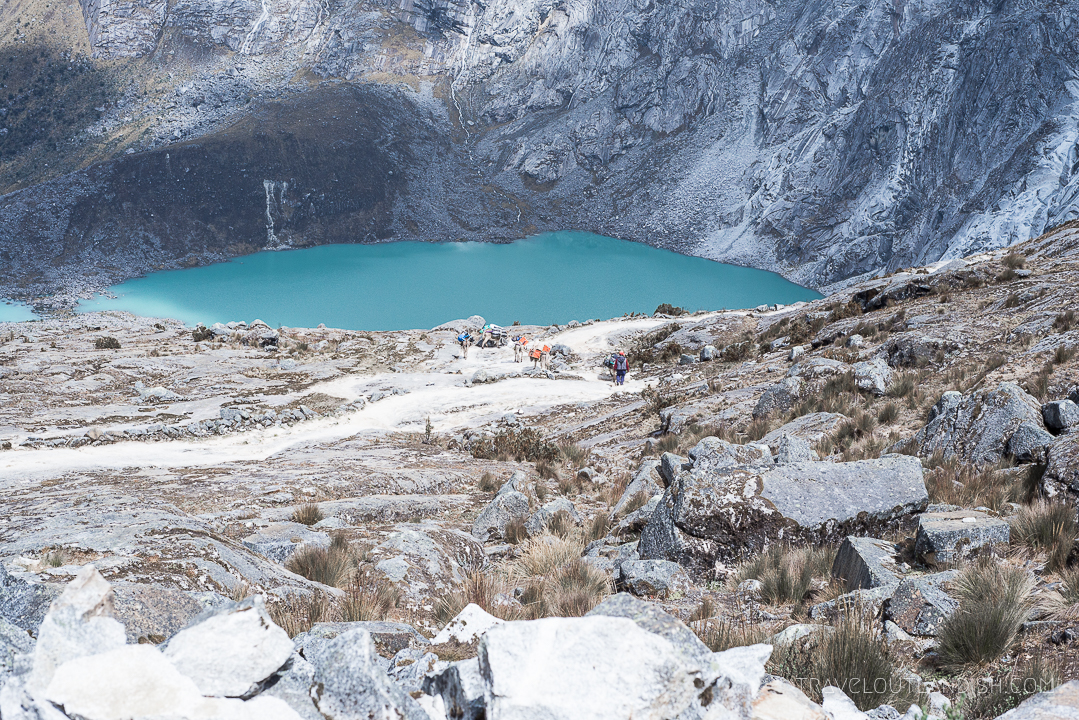 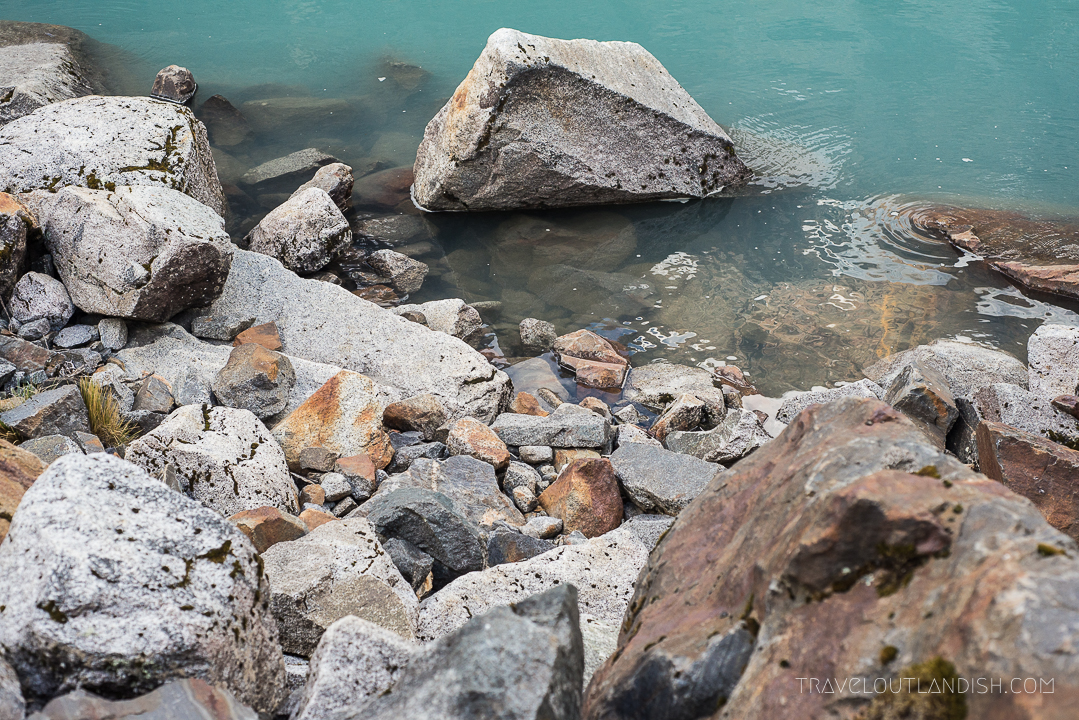 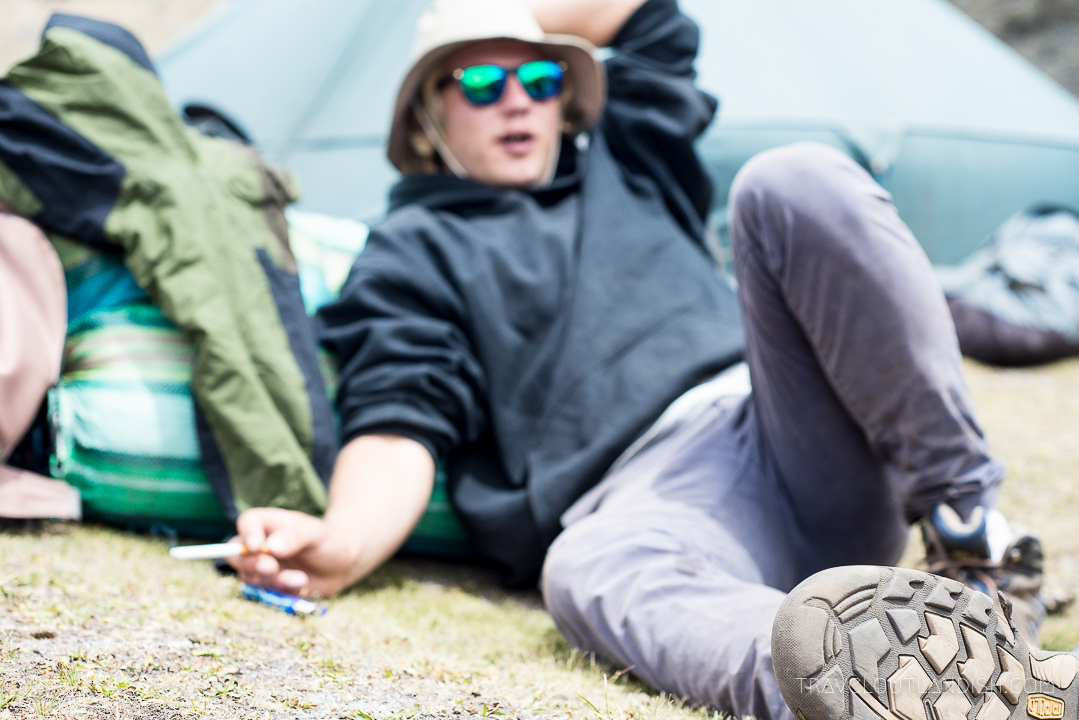 WHEN IS THE BEST TIME TO HIKE THE SANTA CRUZ TREK?

The best time to hike in Peru is May – September when the weather is moderate and the skies are dependably clear. The downside of going during these months is that there are more trekking groups. November – April, on the other hand, is known to be the rainy season. Expect rain, cold, and unpredictable weather. We trekked in the notoriously dismal November and got lucky with fewer crowds and beautiful weather. If you can, we recommend the shoulder season for the best of both worlds. 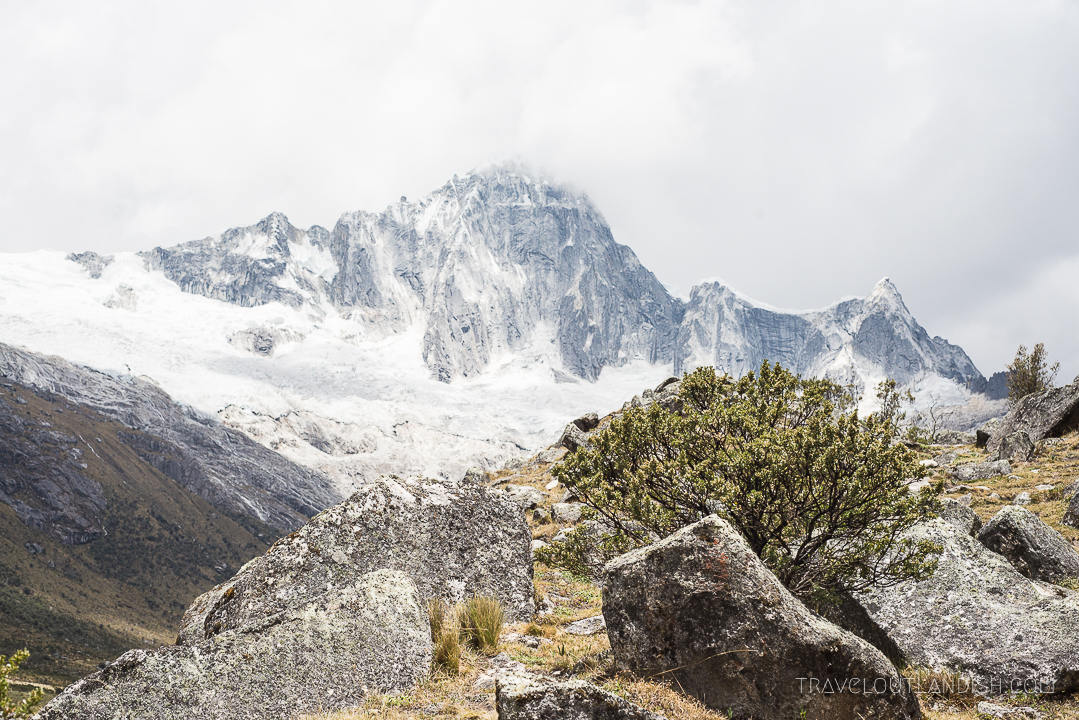 GUIDE OR NO GUIDE?

Wondering if you should do the Santa Cruz trek with or without a guide? There are benefits to either. Here’s a quick rundown.

Guided Santa Cruz trekking tours are shockingly inexpensive, starting as low as $100. The cost of renting gear, paying transport, and buying food for an independent trek for two would have worked out to be about the same as what we paid for the guided tour. Guided treks generally include a guide, transportation, food, a pack mule, and all of the gear you’ll need for the trek. You’ll pay park entrance and tips separately. 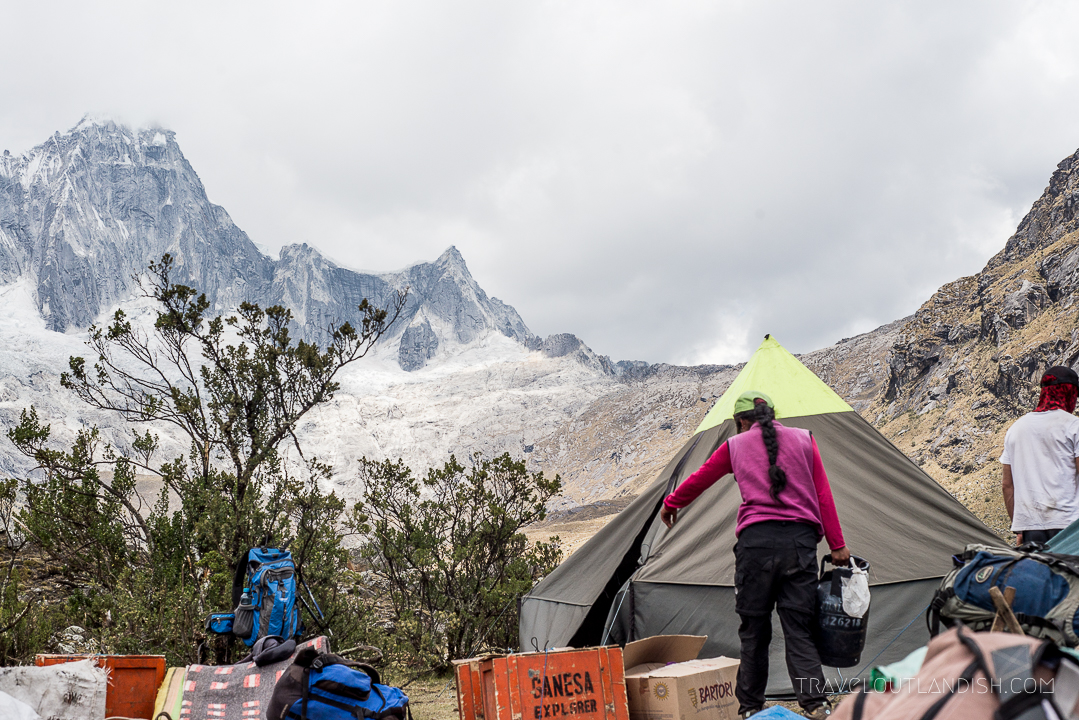 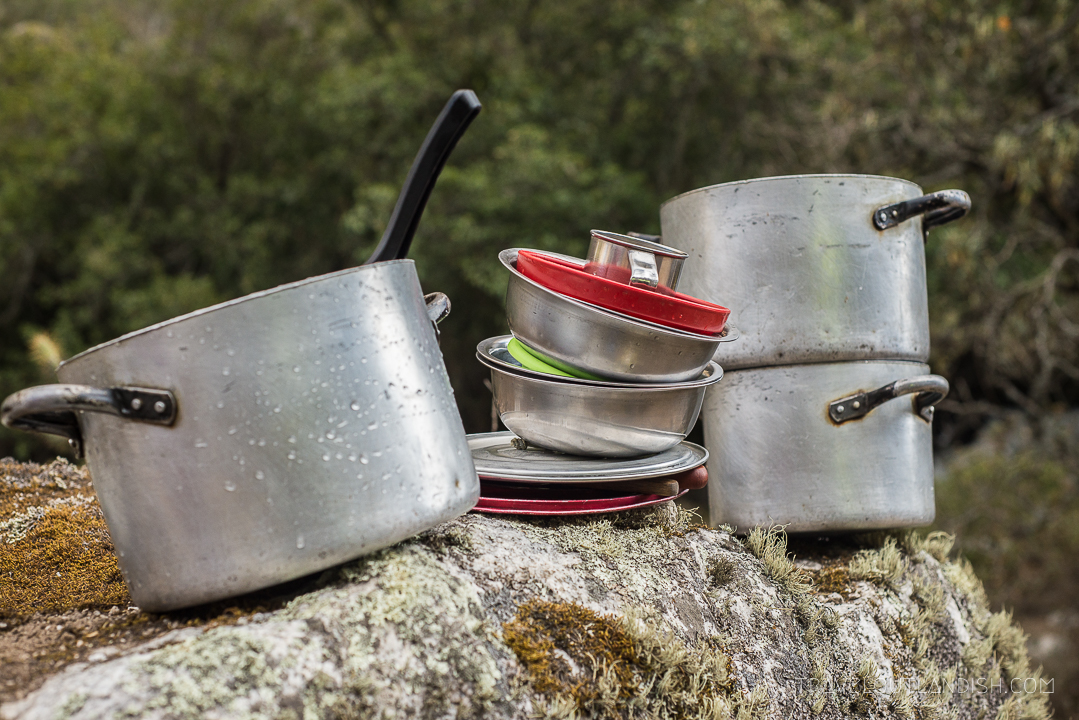 Here are a couple of the best-reviewed Santa Cruz Trek tour operators and the approximate cost of their tours.

We went with Ganesa Explorer and were pleasantly surprised. The gear was well used and the food was simple. We didn’t have too much interaction with our guide beyond her showing us the way. But it was exactly what we needed.

The benefits of doing the Santa Cruz trek without a guide are getting to choose where you camp, what you eat, and who you spend your time with. That also means the trip planning is all on you.

You’ll need to map your own route, arrange transport, and carry your own stuff. Costs are, more or less, comparable. If you do the Santa Cruz trek without a guide, expect to spend about $20 food, $30 on transport, $44 for park entrance, plus gear rental. 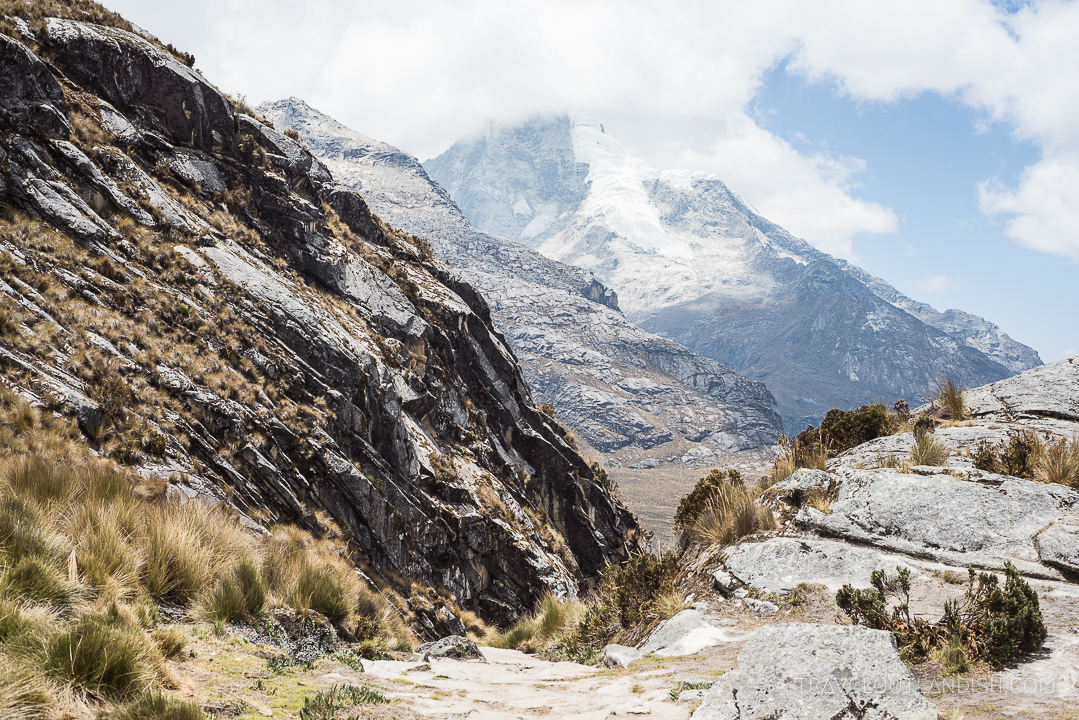 Gear Rental in Huaraz: Need to rent gear? There are dozens of gear rental shops in Huaraz but we rented gear from the very helpful people at Hostal Akilpo (double rooms from $32). Below is approximately what gear rental cost in 2017.

HOW TO GET TO HUARAZ & THE TRAILHEAD

Getting to Huaraz, Peru

It’s about 400km from Lima to Huaraz. There is one company called LCPeru that offered daily flights to Huaraz, but their operations were temporarily suspended at the time of writing (take that for what it’s worth!). Buses from Lima depart for Huaraz several times a day and cost between $15-$30.

It’s 300km from Trujillo to Huaraz, and it’s a beautiful ride in from the north! Buses from Trujullo depart less frequently than those from Lima, but there are still a few departure times each day. This route costs between $10-20.

Read More: The Good, the Bad, and the Ugly of Bus Travel in South America

Most Santa Cruz trek tours include transport from your hotel in Huaraz to the trailhead. It is still easy enough to get to the trailhead on your own, albeit a bit time-consuming. To get to the Cashapampa trailhead from Huaraz, you’ll take the public bus to Caraz (2 hours) then a collectivo to Cashapampa (3 hours). If you’re starting at La Vaquería, catch the collectivo to Yungay (1.5 hours) and then one to La Vaqueria (3 hours). 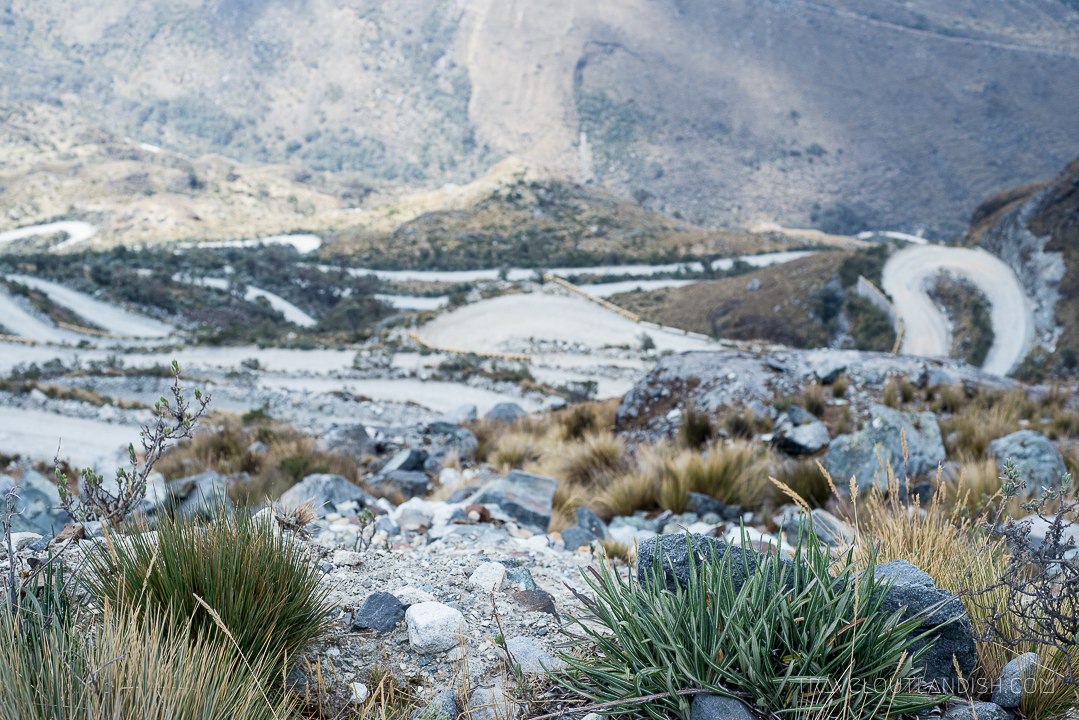 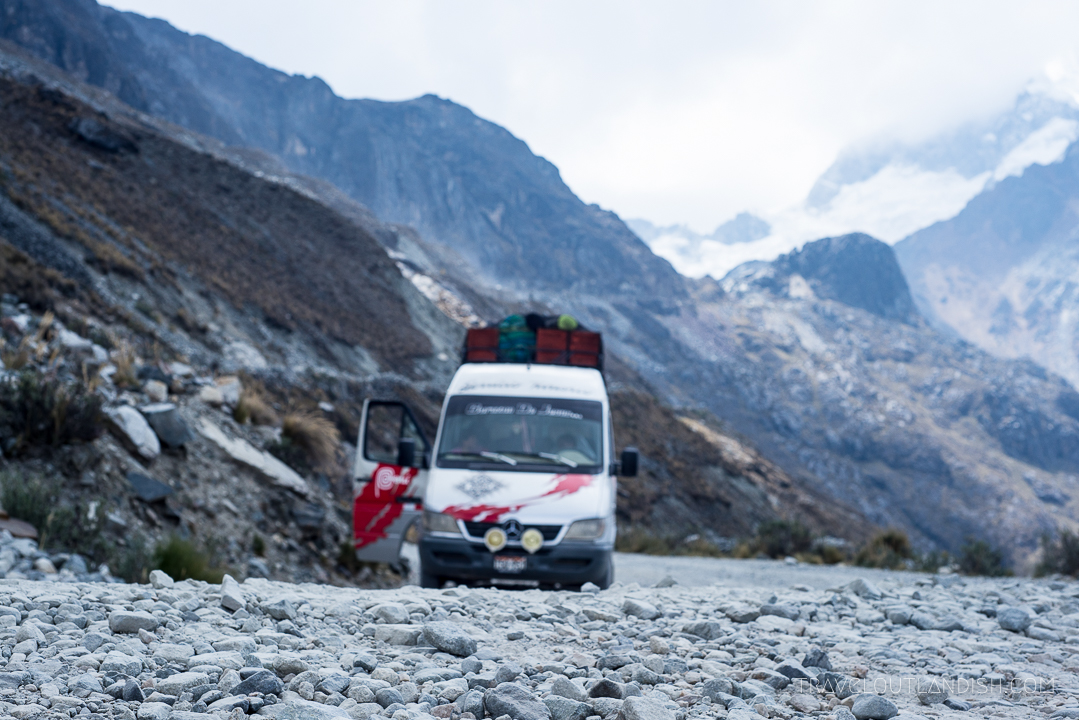 OTHER HIKES OUTSIDE OF HUARAZ

Huaraz, Peru is the base for tons of amazing treks. Other hikes you might consider are Laguna Churrup, Laguna 69, or the Huayhuash Trek.

WHERE TO STAY IN HUARAZ

Need a place to stay before or after the Santa Cruz trek? Here are a few places that come recommended.

Akilpo Guest House | Located just above the chaos of Avenida Mariscal Toribio de Luzuriaga and across from the market, the comfy beds at Akilpo are something of a refuge. The hotel is simple, but folks at the front desk know everything about Huaraz and beyond and are quick with recommendations. They also have an extensive gear closet you can rent from and regular tours you can join. Double rooms start from $32.

Churup Guesthouse | Churup Guesthouse is one of the cutest hotels in Huaraz. Its walls are splashed with bright colors, potted plants and vines grow wild, and architectural details like the spiral staircase and colonial arches lend the space character. Guests also comment that the place has a great vibe and it’s easy to meet other travelers.  Double rooms start from $62 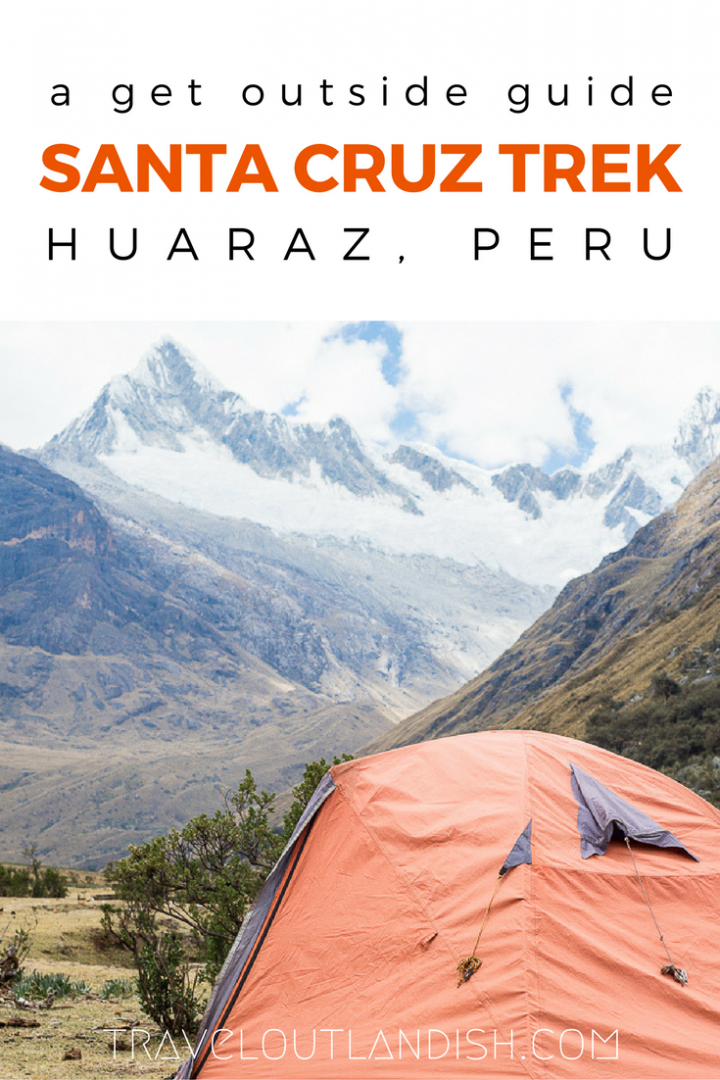 Did I leave any of your questions about the Santa Cruz trek unanswered? Ask me in the comments below.