The Gayest of Days at San Francisco Pride | USA 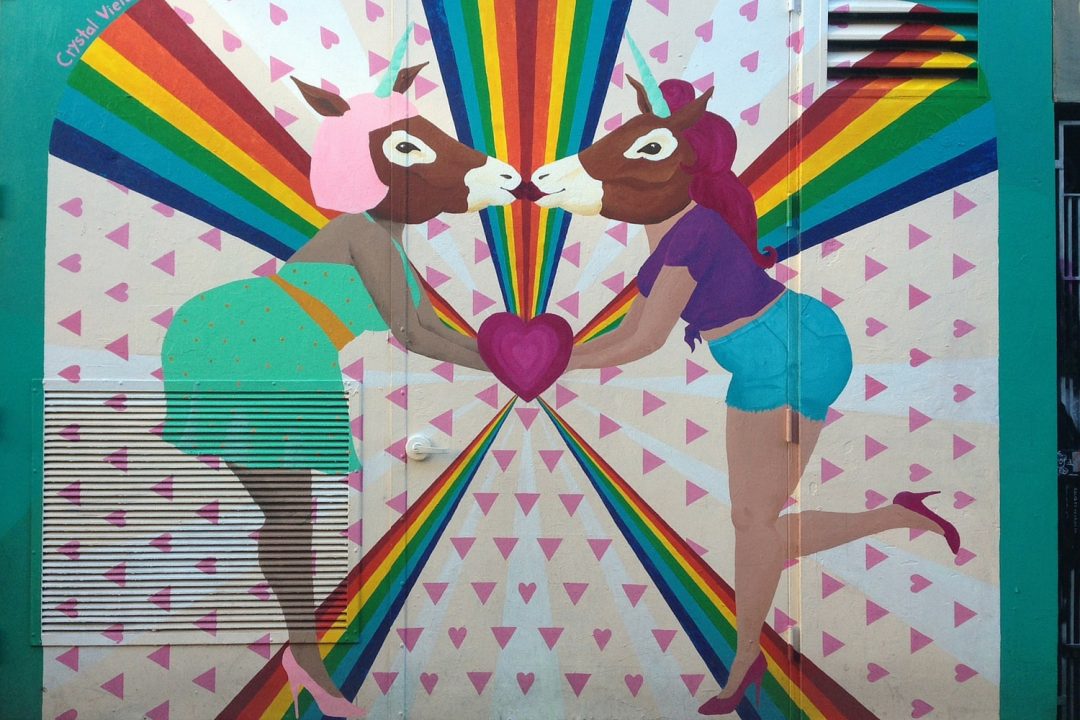 Pride in the rainbow-tinted San Francisco seems to amplify like a Gaga tune in June. The city known for being at the forefront becomes a little brighter, a little louder, and a little more — well, proud! As San Francisco transitions to a city strung with colorful banners and pillaged costume shops, red-haired drag queens will chirp “Happy Pride!” inviting you inside, and the line outside of Hot Cookie will grow longer than ever. Boys will be boys and girls will be boys, and they’ll love each other in any combination but hey… who cares anyway?

San Francisco is the kind of city where people go to become themselves. Exposed to riches and racial diversity and poverty and art and subcultures and a nearly endless list of choices, the options to expand their worldview are everywhere.

If you know who you are, you grow into it. If you want to change your life, you make a change. My point? LGBT people move here from around the world to see what it’s like to be out, and thriving.

Since moving to the City a few years ago, San Francisco Pride has become one of our favorite festivals to attend. We go for the parades and the parties, sure, but also we go to stand alongside a community for the common goal of equality. We were playfully called “so hetero” last year while our bartender drew our $10 Blue Moons into plastic cups, but we all need allies, right? Here’s our guide to San Francisco Pride.

where in the world is the Gay Pride Festival?

Gay Pride Festivals are celebrated all over the world, with the biggest celebrations taking place in major liberal cities.

We’re celebrating San Francisco Pride this year, but you can have a hell of a time in cities anywhere from Tel Aviv to Tokyo.

when can I celebrate Gay Pride?

At San Francisco Pride you will come across members of the LGBT community ranging from Castro bears to Pacific Height’s ladies that look like your mother-in-law. Pride draws out everyone from 70 year old couples, to handsome activists, to hedge fund managers, to lesbians on motorcycles, to allies, to brogrammers, to gay Muslims, to baristas, and beyond. San Francisco has become so widely accepting, that just about everyone shows up to celebrate LGBT Pride.

While we’re on the subject, it is also worth mentioning that you’ll see more stranger’s hip lines and inner thighs than you intended to see this entire year.

how rainbow-tinted are we talking?

Pride is the kind of event that makes us glad to be alive in the times that we do. In cities around the world, laws and societal views have evolved to make this one of the most accepting times to be gay (historically speaking).

Did you know it’s still illegal to be homosexual in 78 countries? While we try to look at morals relative to the culture in which they’re established, that is still a pretty shocking statistic to hear. While we’re waiting for human rights for everyone, let’s raise a rainbow flag and stage a parade to raise awareness for the next generation of LGBT people.

Pride gets 10 out of 10, because hell, it’s progress! How many other times do you have the opportunity to walk in a parade, wear a tutu, drink mimosas, and promote human rights? It’s a wild party where you can meet new friends in passing, and explore different points of view in the most tolerant, safe, and interesting way imaginable.

Pride isn’t a single event, but rather a 2 day festival comprised of photography exhibits, parades, film screenings, performance theater, fringe, DJ sets, drag shows, and just about anything else you can envision.

Ok, that’s pretty broad. So what should you be imagining? Here are some of the highlights at San Francisco Pride this year:

Trying to make it to San Francisco Pride? Check out the list of events here for show times and locations.

Pride events are taking place all over the city, but the Castro, Civic Center, and the Mission tend to be an excellent place to start if you don’t have any more concrete plans. If you’re arriving from out of town, San Francisco Pride is in San Francisco (obviously…) and can be reached from San Francisco Airport (SFO).

Have you celebrated Pride anywhere around the world? If not, where would you most like to go? Tell us about it in the comments below.