Off the Grid South America The Outlandish 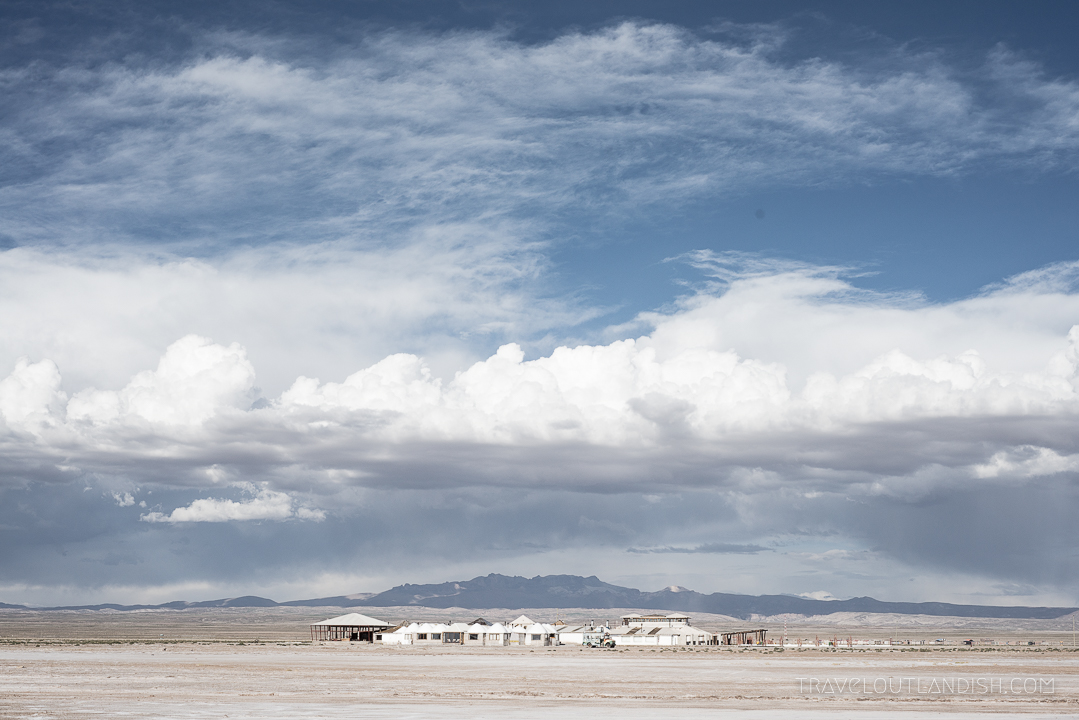 This post is in partnership with Palacio de Sal. We received a complimentary stay at Palacio de Sal Uyuni in exchange for our honest reviews, but all opinions are our own!

An hour outside of Uyuni is a hotel called Palacio de Sal. While it is no longer the only, it is the world’s first salt hotel. Most everything that contributes to the hotel’s structural integrity – from wall to ceiling – is salt. A few select parts are wooden (presumably to keep the hotel from turning into a particulate mess) but even the bed frames and decorative sculptures in the lobby are made of it. We’re quite certain it’s the only hotel in the world with a strongly enforced “no licking” policy.

From a distance, the Palacio de Sal looks like a futuristic vessel. Like an oddly shaped hovercraft, it appears to linger just above the surface of the immense plains of the Salar. And if the novelty of sleeping in a salt hotel isn’t enough for you, perhaps the idea of spending the night beside a salt field will do it. Want to experience one of the most unusual hotels in South America? Let’s go inside the Palacio de Sal.

Palacio de Sal was built from salt bricks to take advantage of local availability, but it turned into one hell of a novelty and a real piece of art. Here are a few of our favorite things from a stay with Palacio de Sal. 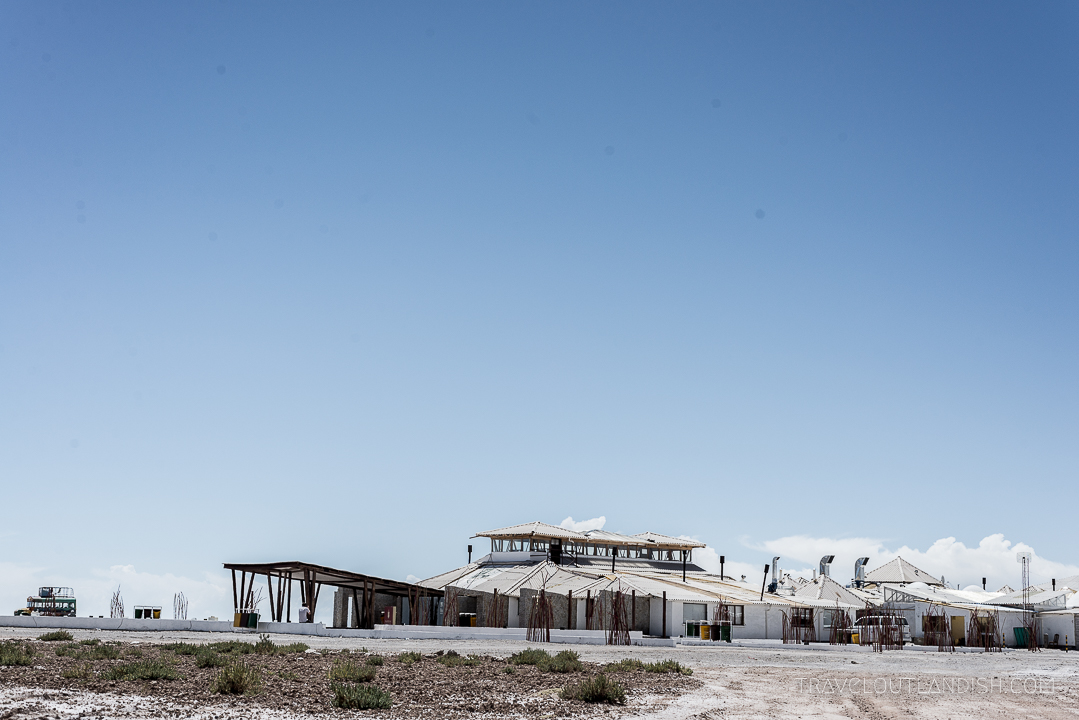 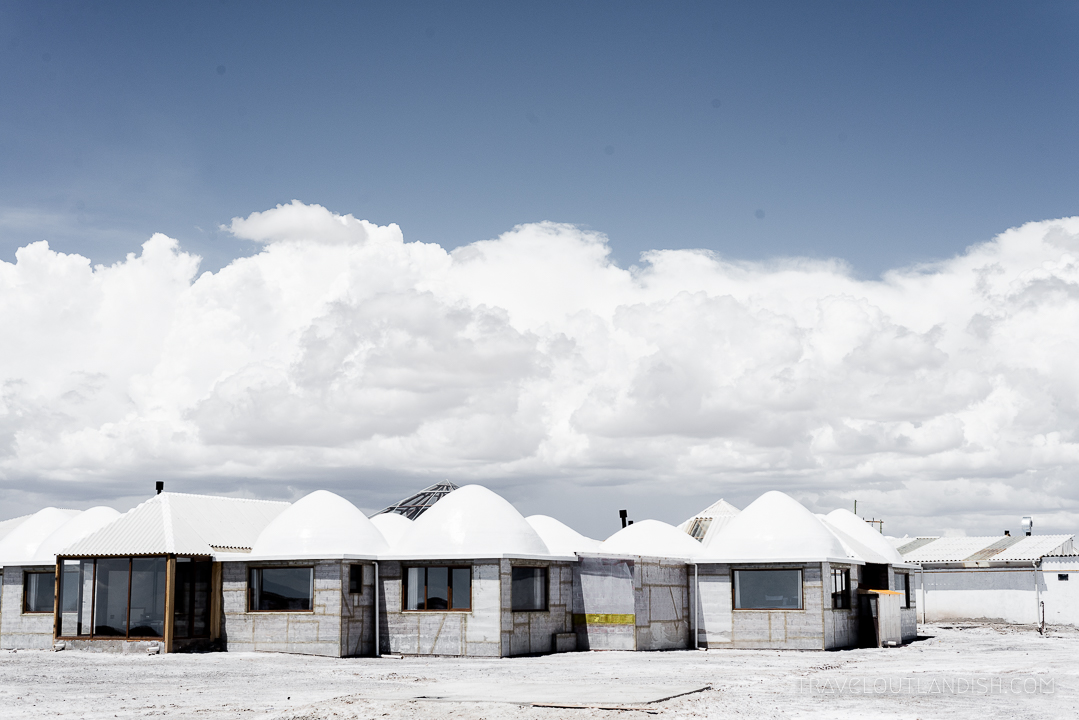 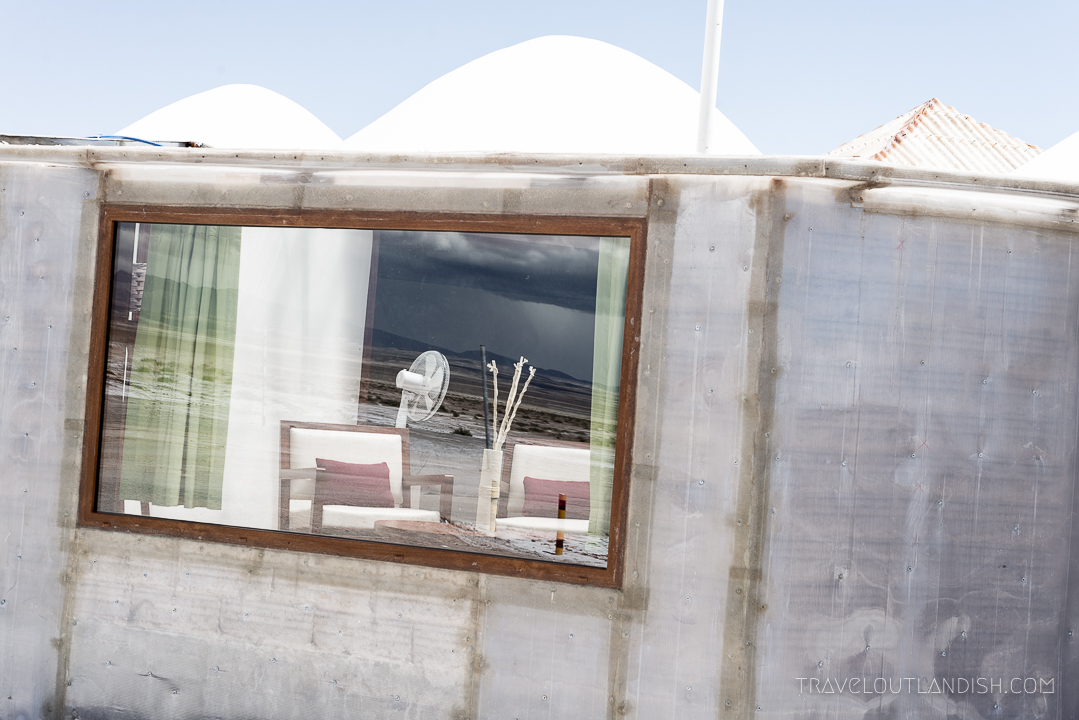 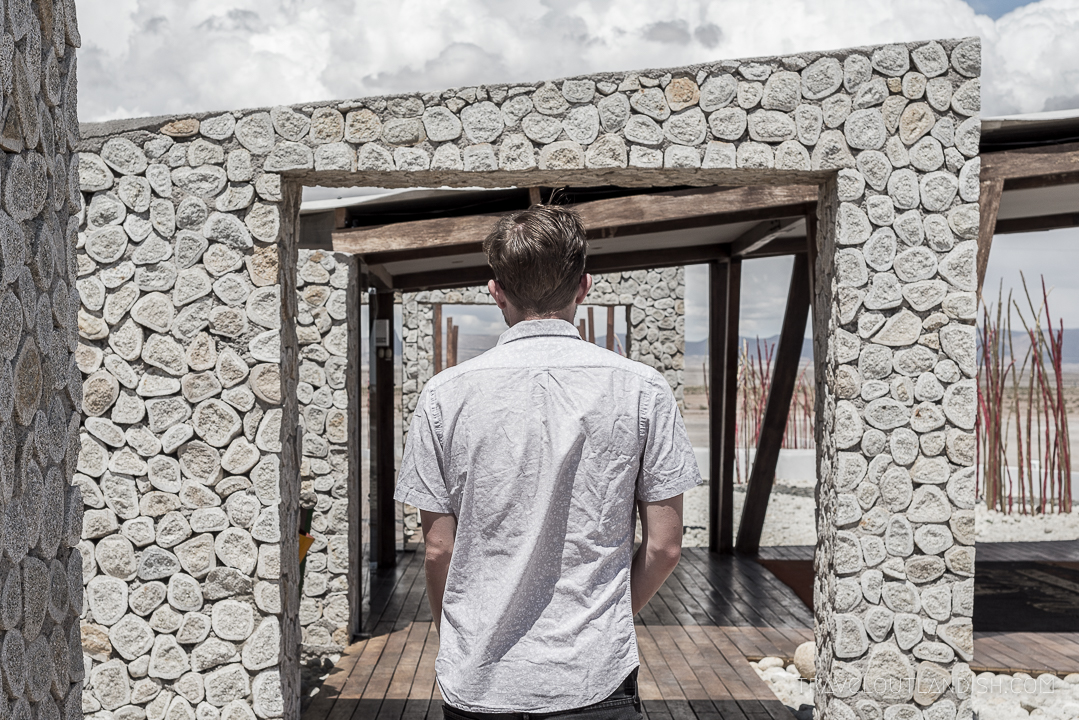 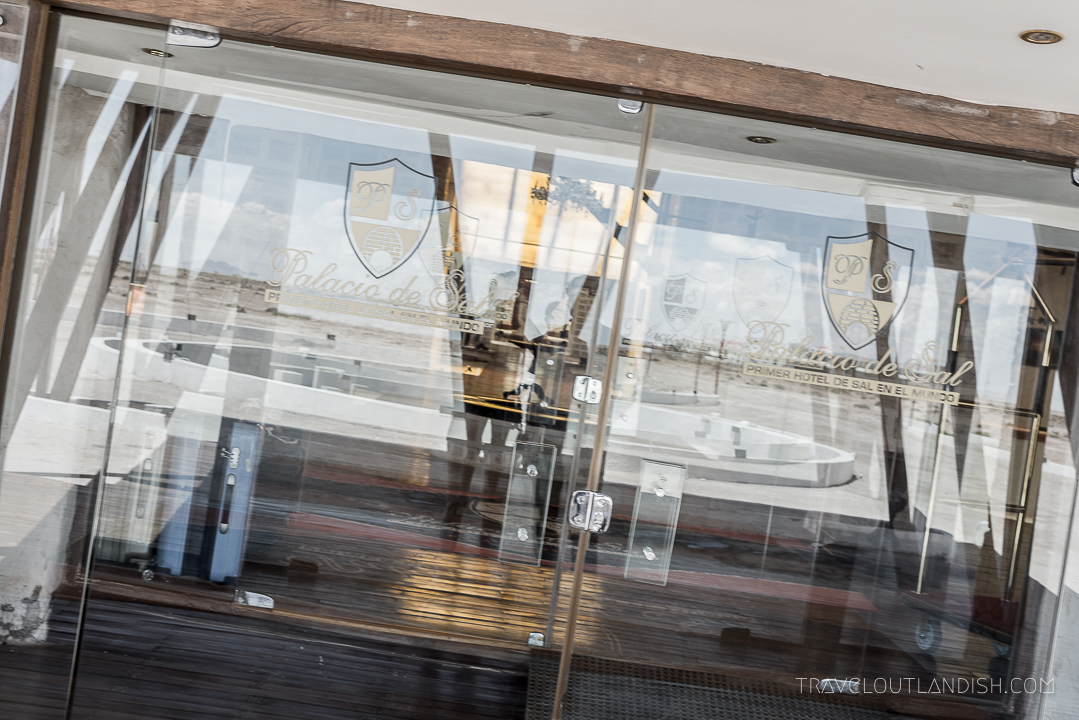 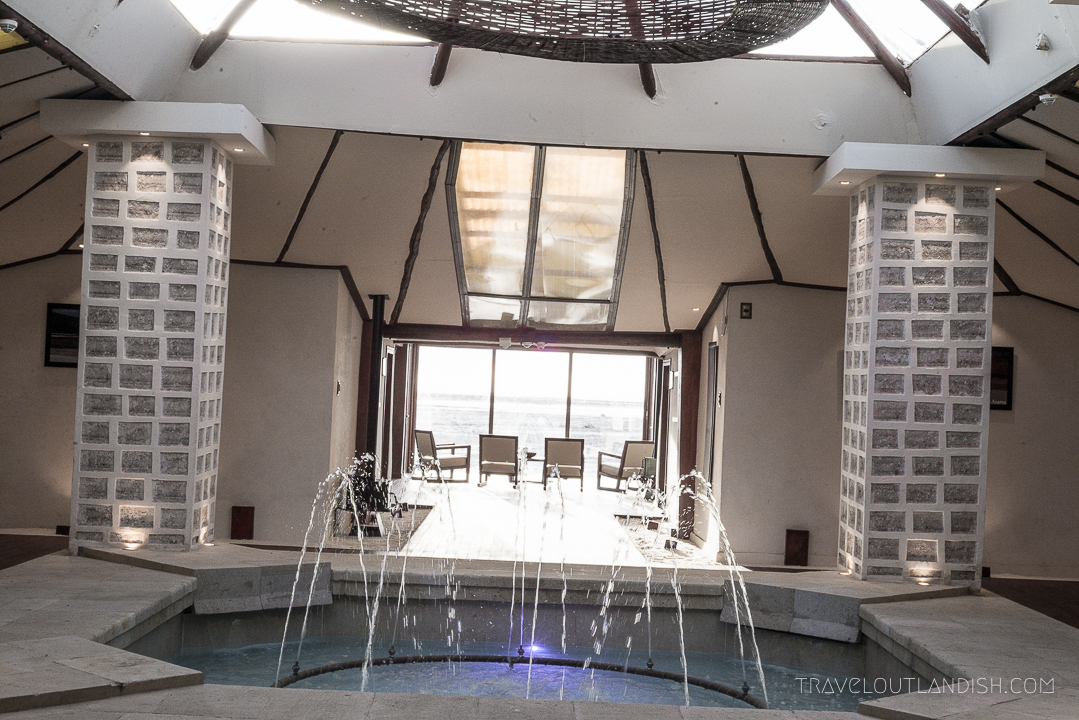 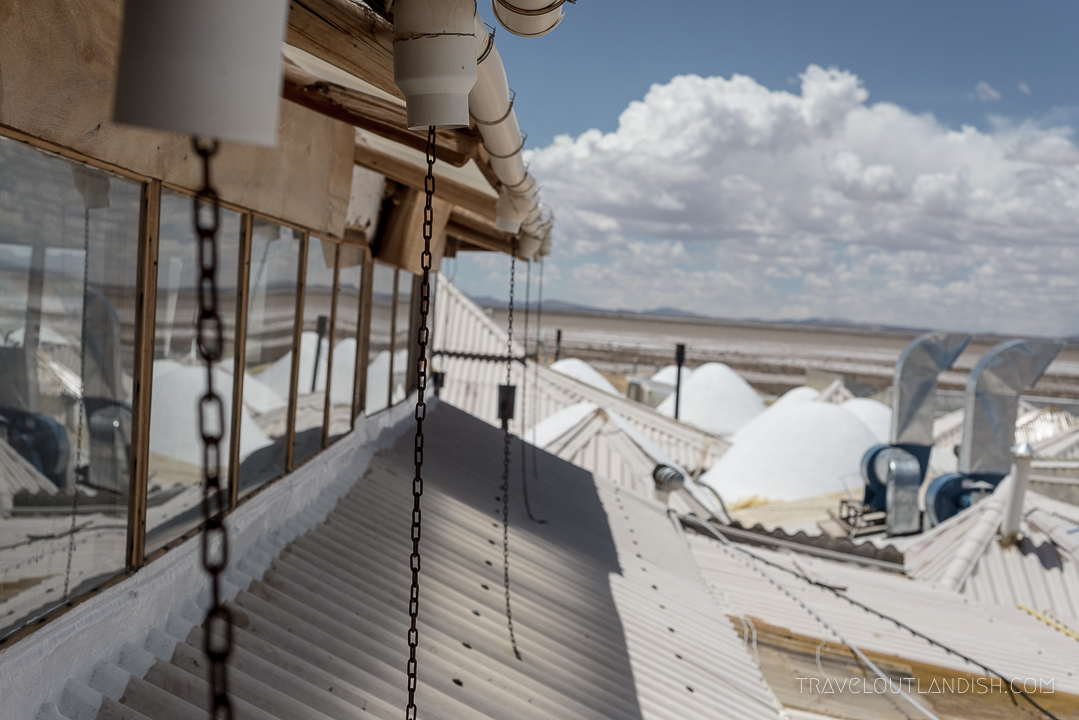 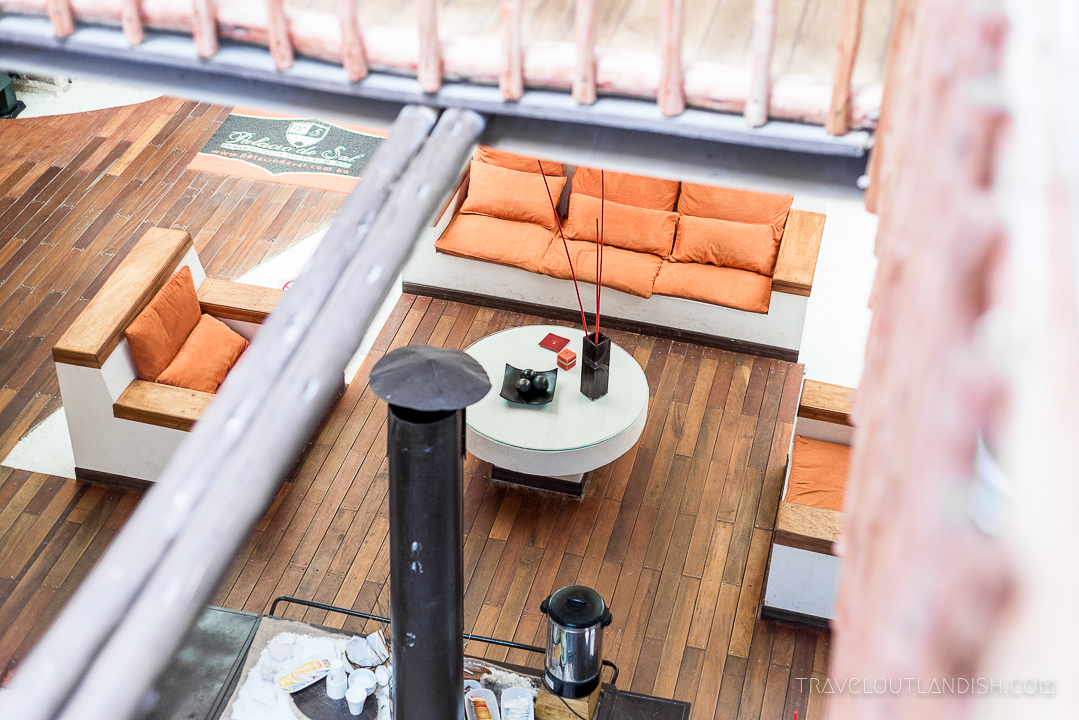 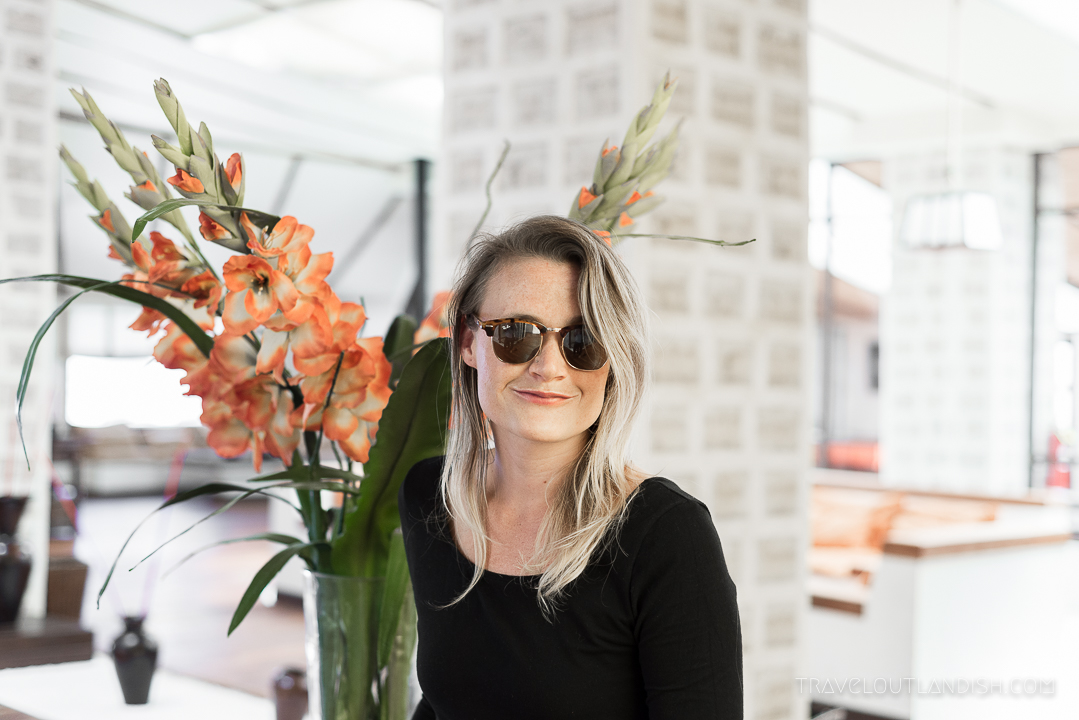 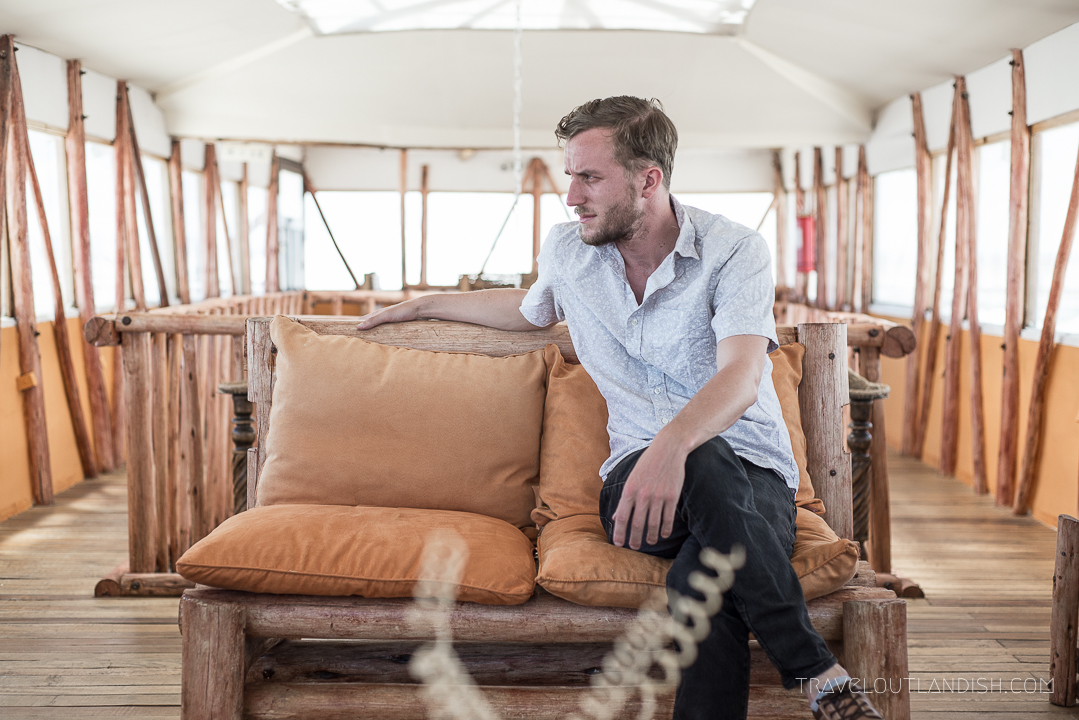 The Rooms: Palacio de Sal has 30 available bedrooms with Standard, VIP, and Suite type rooms ($140-200). As all of the rooms are equally salty, the standard you choose impacts both the size of your room and your view of the Salar. We opted for the VIP room, which came equipped with a mix of salt and polished wood furniture. Our room had an igloo-like salt ceiling, and was divided into two sections: a sleeping area with two twin beds, chairs, and a nearly panoramic view of the Salar, and a living room equipped with chairs, a couch, a desk, and a heater. Every room also includes a private bathroom. 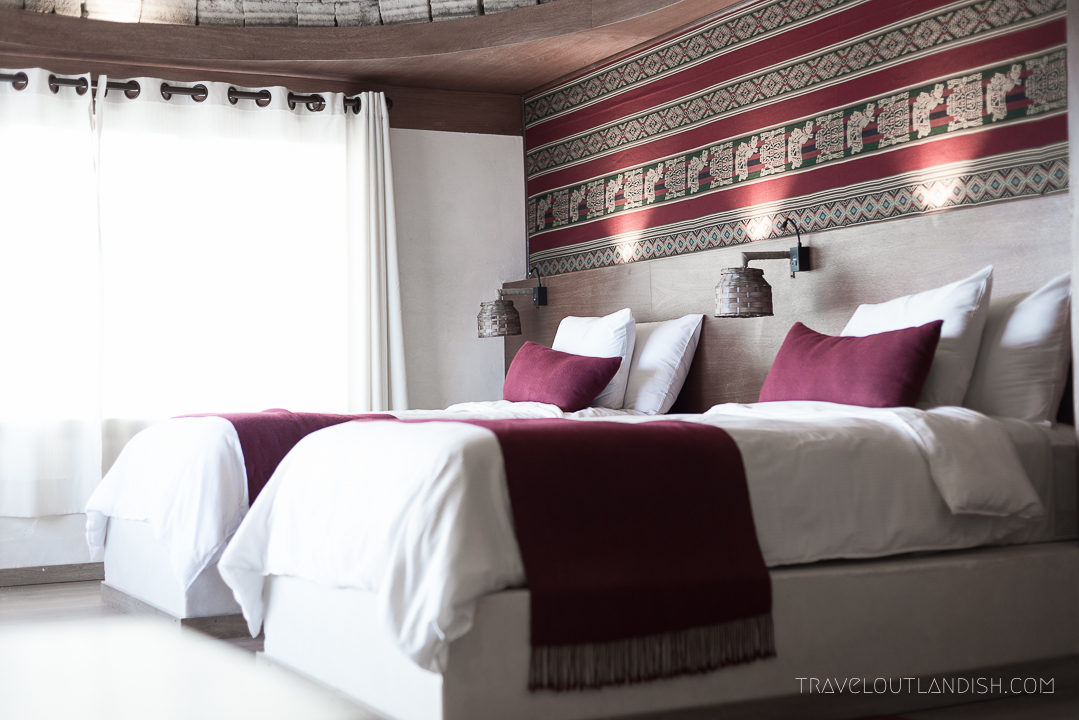 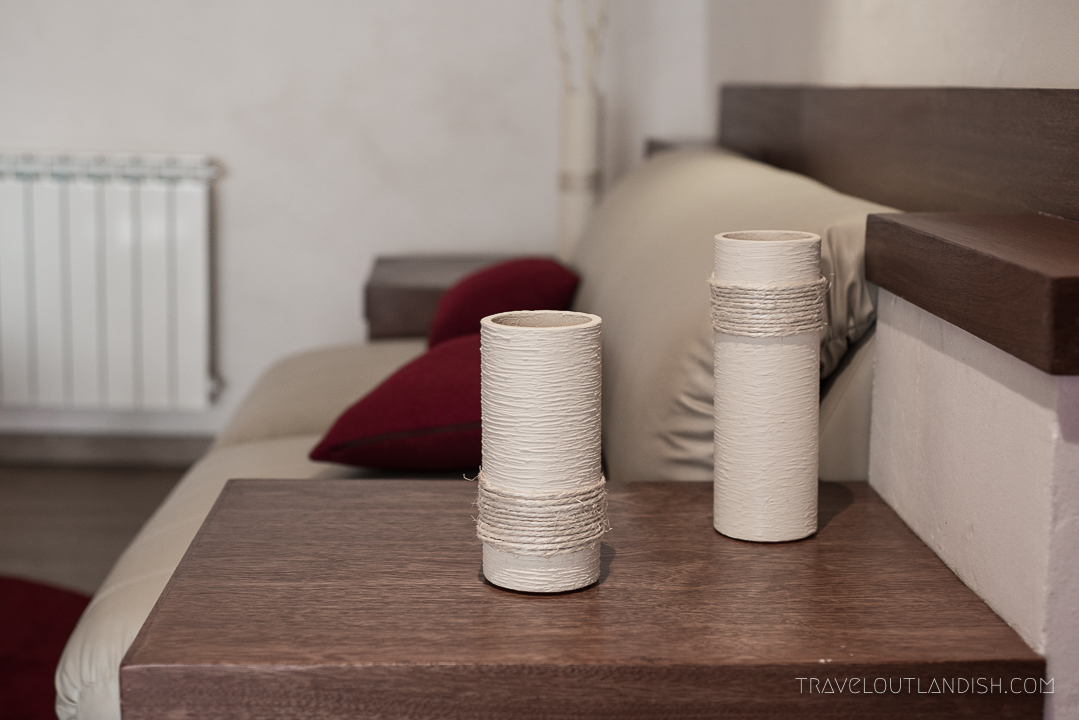 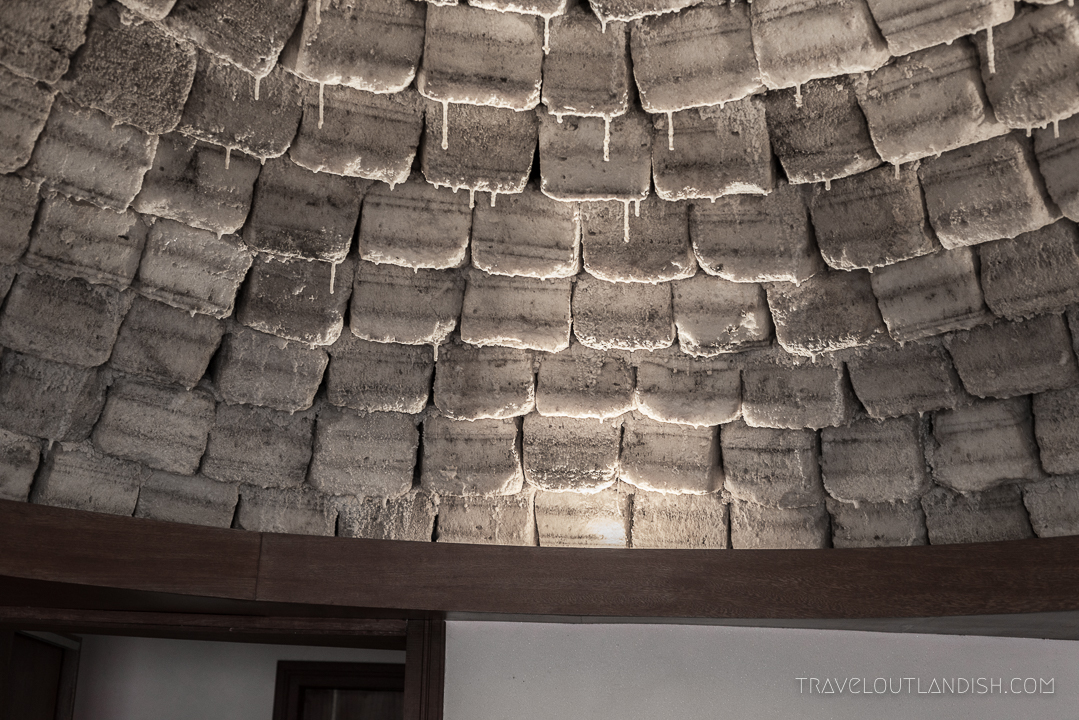 Value: Staying in a salt hotel is a once-in-a-lifetime for most people .The experience is not cheap, but it is definitely a worthwhile splurge. The rooms in Palacio de Sal are comfortable, but the real value is the unusual location and the originality.  There are just 4 salt hotels this close to the Salar. We recommend spending a bit extra for a room with a view.

As Palacio de Sal is way the hell out there, part of the experience is also dining there. Both breakfast and dinner are served as a buffet, and they offer an a la carte lunch menu. Breakfast is included in the stay, and on offer is a lovely spread of fruits, eggs, breads, cereals, cold cuts, etc. Dinner is a significant variety of hearty soups, salads, meats, and desserts to pick from. 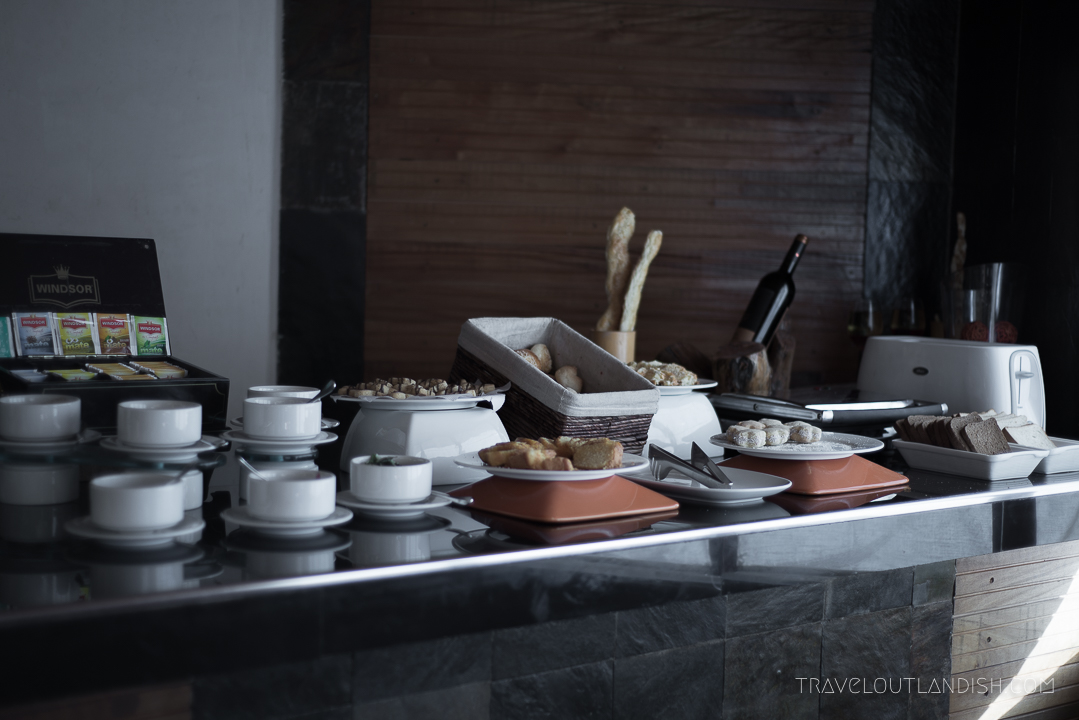 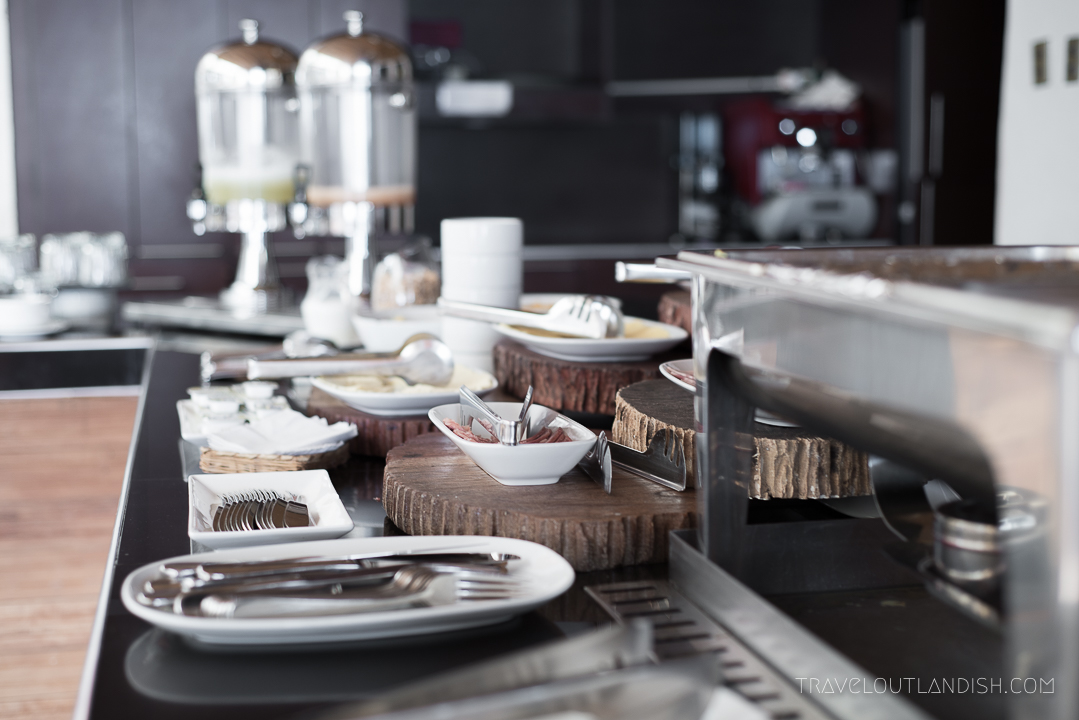 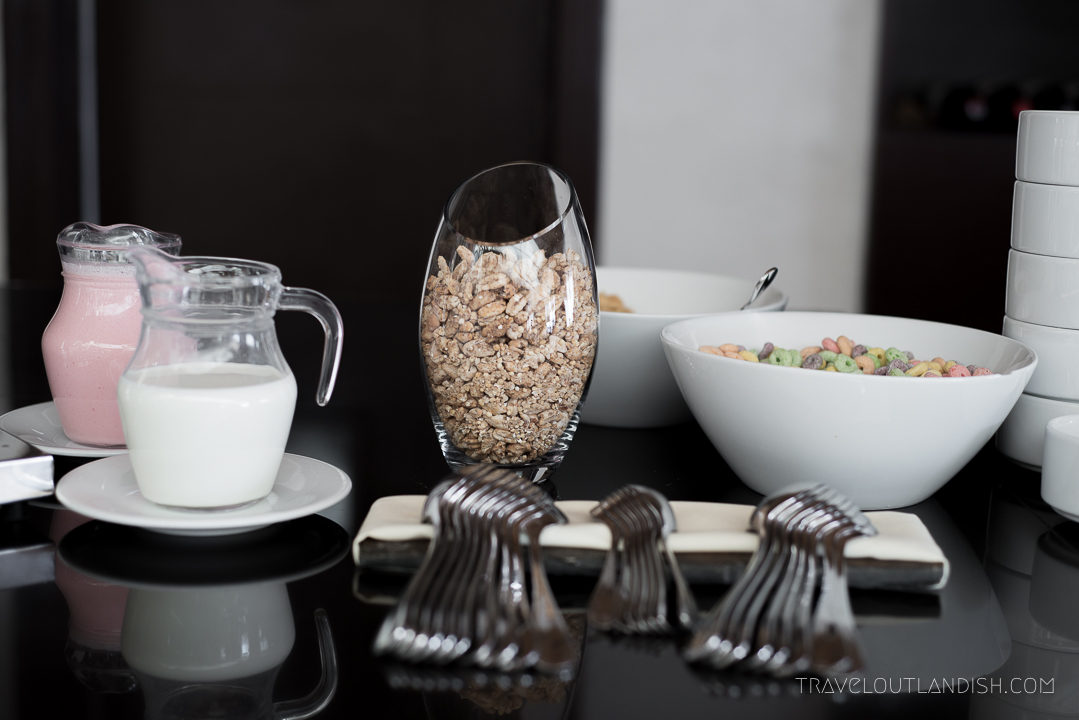 Prices: Breakfast is included in the stay, while dinner is at an extra cost ($20). The price of dinner and drinks are quite high by Bolivian standards, but on par with what you might expect at a high-end hotel. The breakfast buffet was the clear standout for us. We recommend bringing your own snacks as the location is remote and you won’t have access to much once you get to the hotel.

The most surreal part of staying at Palacio de Sal is the ground beneath your feet. Just outside your hotel window is the immense Salar de Uyuni. We spent a lot of our time in the hotel just laying around and gazing out the window. There is also a bar and a game room if you’re looking to spend time outside of your room!

For something slightly more active, you can walk from the hotel to the Salar in about 30 minutes, or take an easy wander in nearby salt fields. Palacio de Sal works with Hidalgo Tours to arrange high-end Salt Flat excursions. 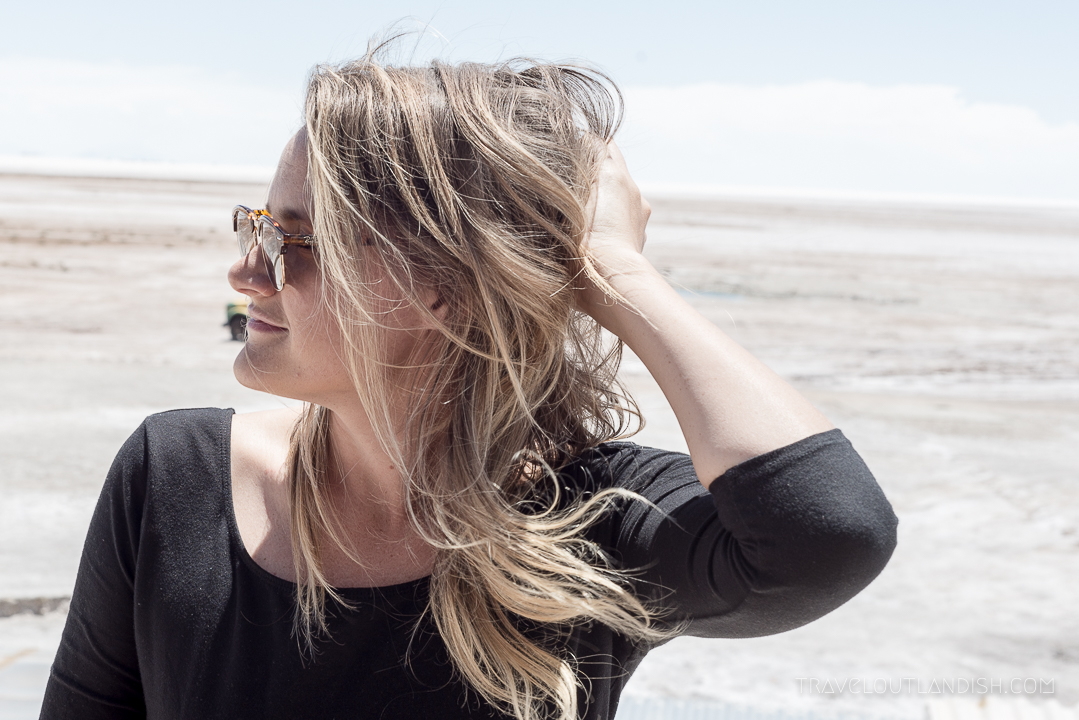 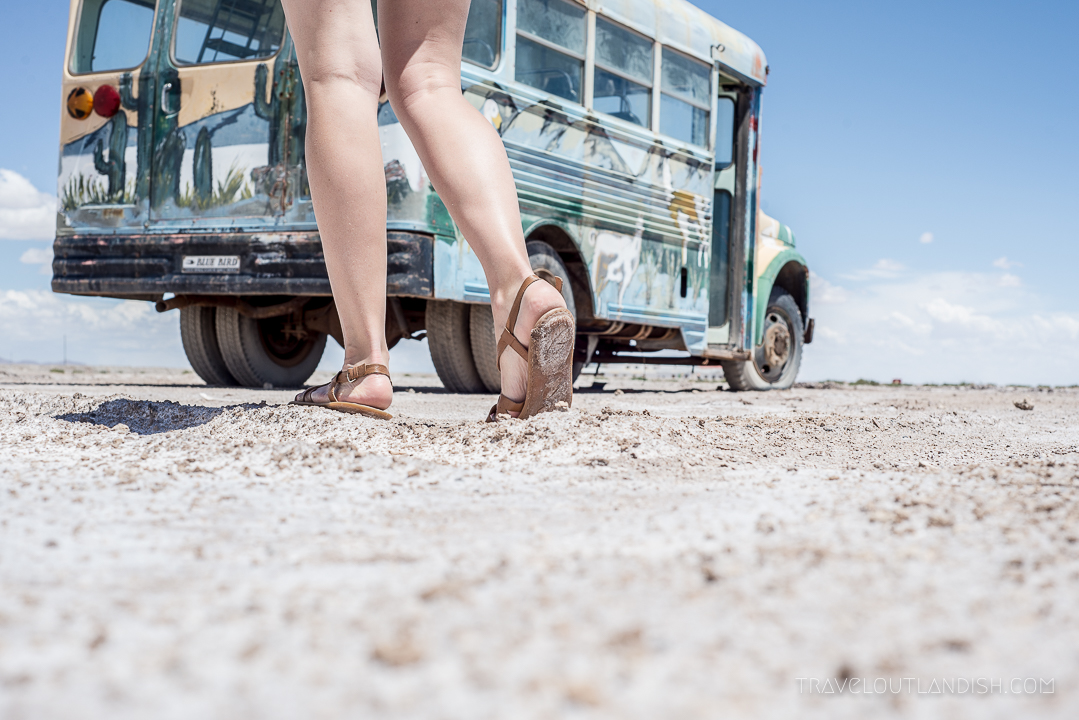 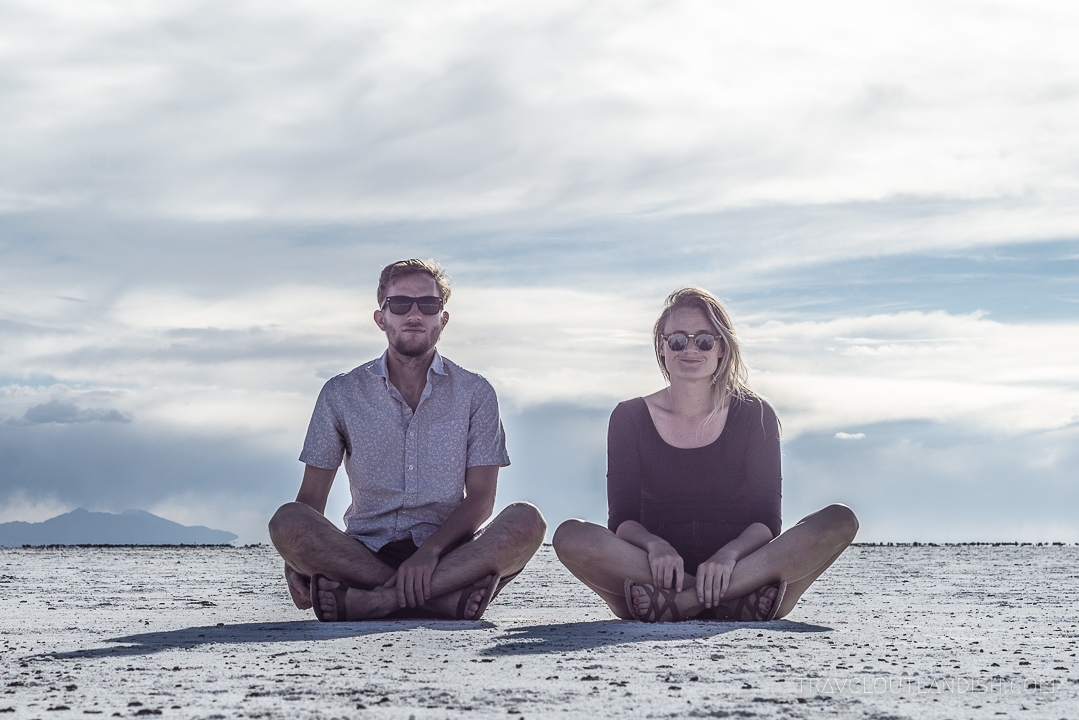 Prices: One day Salar de Uyuni tours with Hidalgo Tours start at $250. Use of the common areas is free. 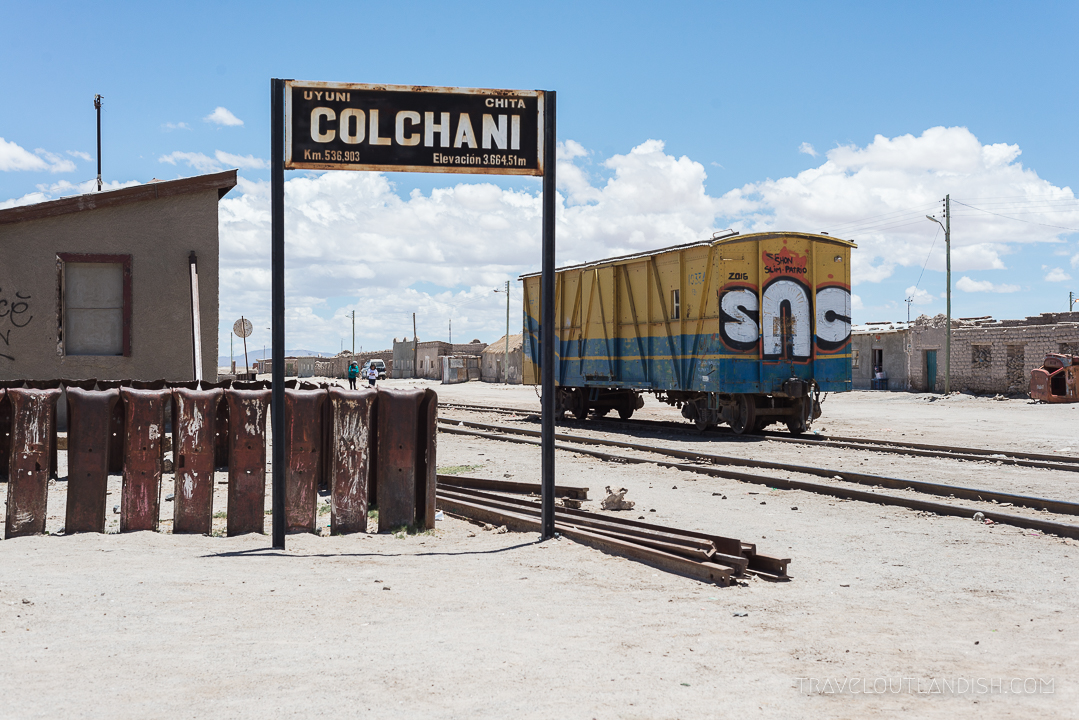 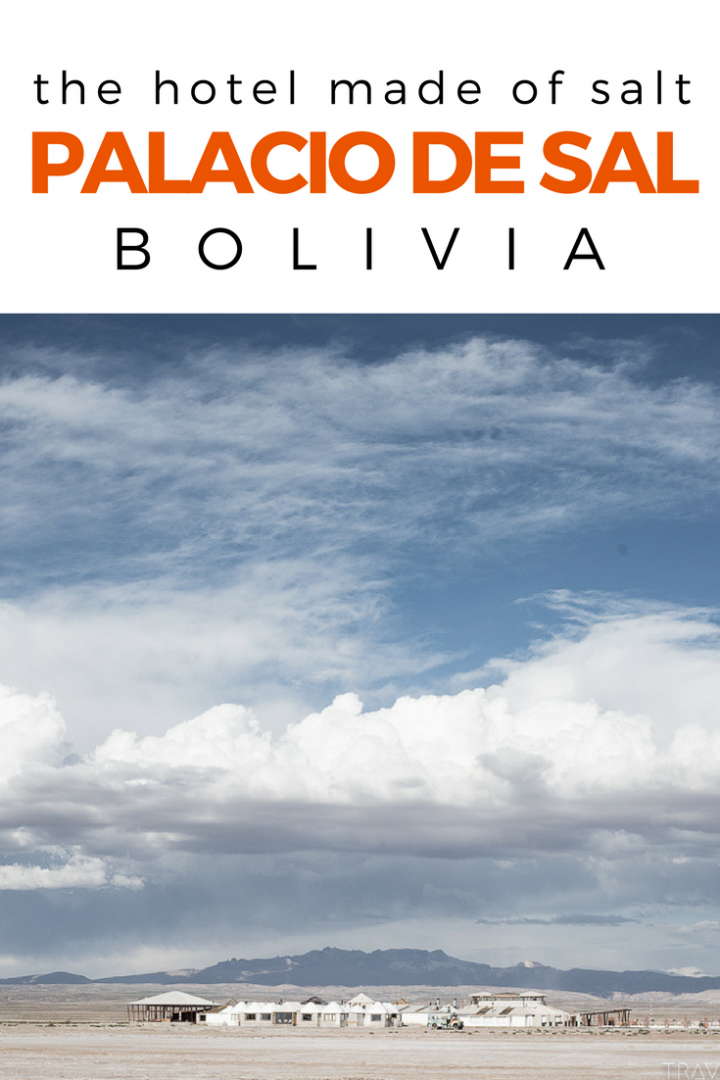 Thanks again to Palacio de Sal for hosting us! What’s the most unusual place you’ve ever stayed? Have any questions about the hotel? Let us know in the comments below!