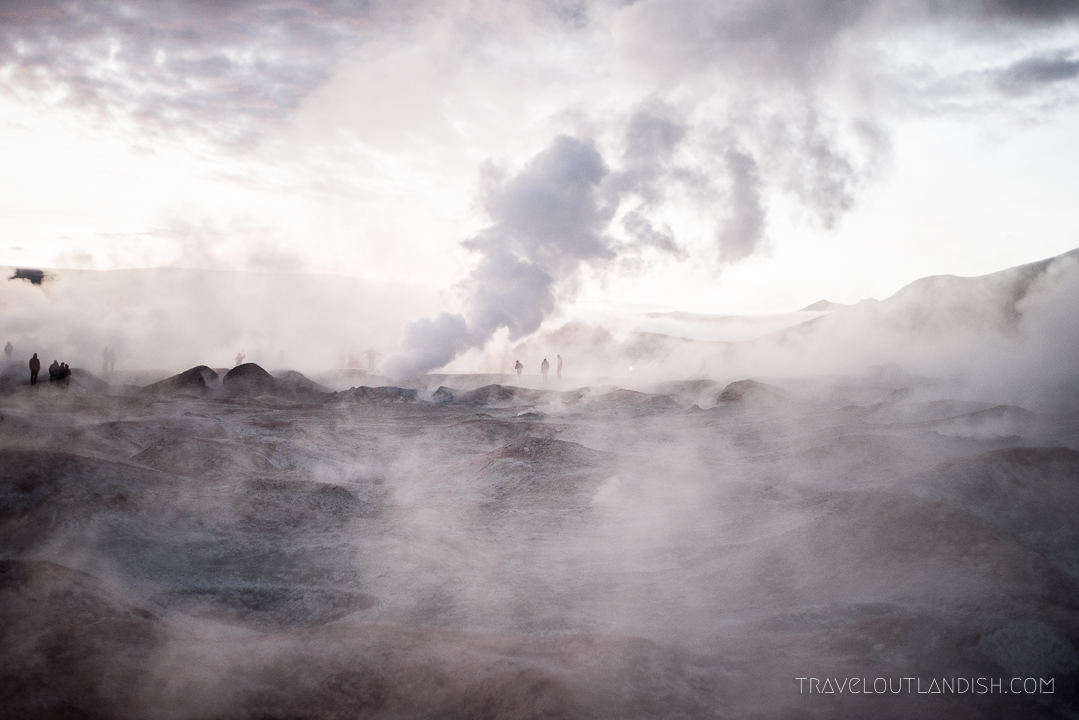 What is Sol de Mañana: A geothermal field
Where is it? Eduardo Abaroa Andean Fauna National Reserve
How much does it cost? Free; included stop on most Salar de Uyuni tours
How long do I need? 1 hour (excluding transport time)

“Ten cuidado,” Vladimir warned us as we stepped from the car. He told us a story about two French tourists that fell into the mud Sol de Mañana while attempting a selfie. He said they both burned to death, and one of the bodies was never recovered. We laughed dismissively, then realized that he wasn’t joking.

It was the final morning of our Salar de Uyuni tour with Andes Salt Expeditions, and we started driving devilishly early to get there before the sun rose. Having already seen the colored lakes and salt flats, our expectations were long past fulfilled. Being loaded up at 4:30 am summoned memories of being dragged on road trips as a child. You know, Dad loading up the car with unwarranted energy while you trudged from bed to backseat? But some things are worth waking up early for. Bolivia is full of them.

“Sígueme,” or follow me, he commanded. Not in the way that the lady at the dentist office says it when she drags you back to your appointment, but in the way you have to say it when you’re leading people past boiling mud. The rest of the guides napped in their cars, but Vladimir took a sincere interest in our survival. I could definitely appreciate that.

Sulfur poisoned the air, and we walked through clouds of stinking steam on a landscape that most closely resembled the moon. To all sides of this geothermal field was thick mud – sulfuric springs, to be exact – bubbling away like a pot left unwatched. The heat sunk through and dampened our cottons despite the crisp air. Don’t slip.

Men on the Moon at Sol de Mañana 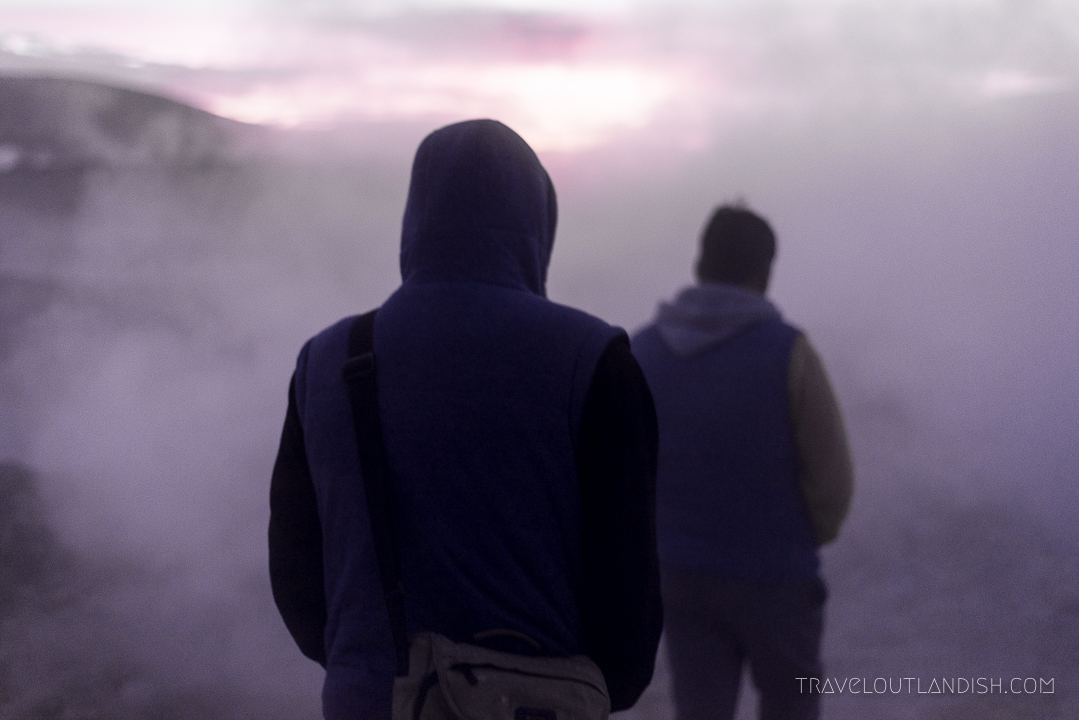 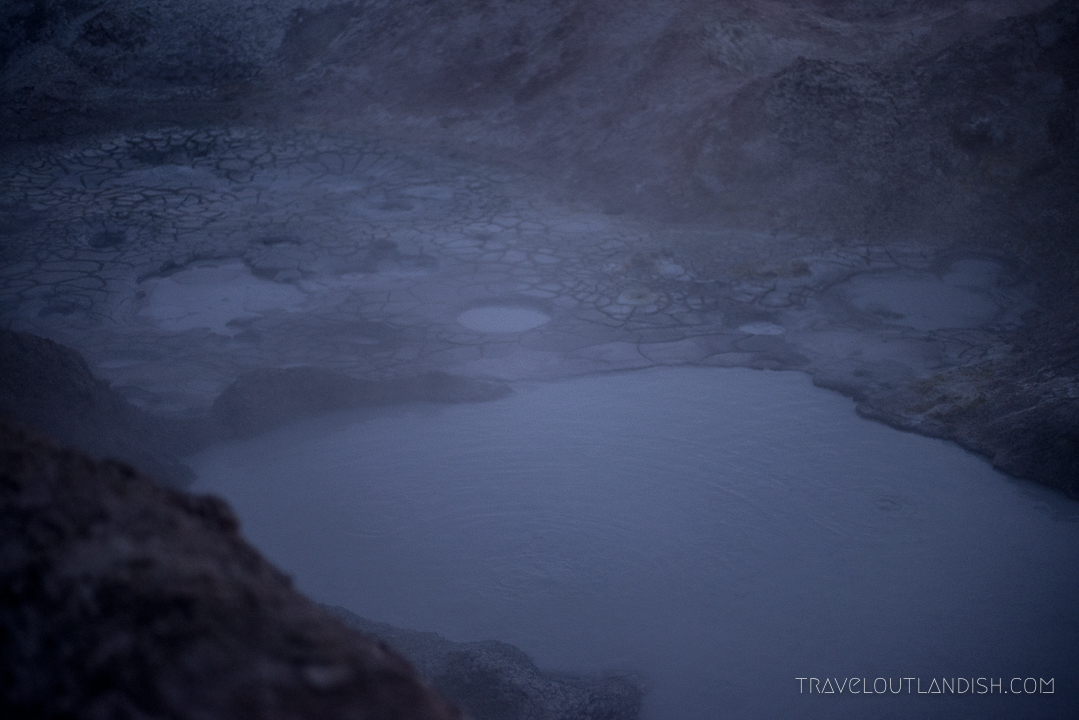 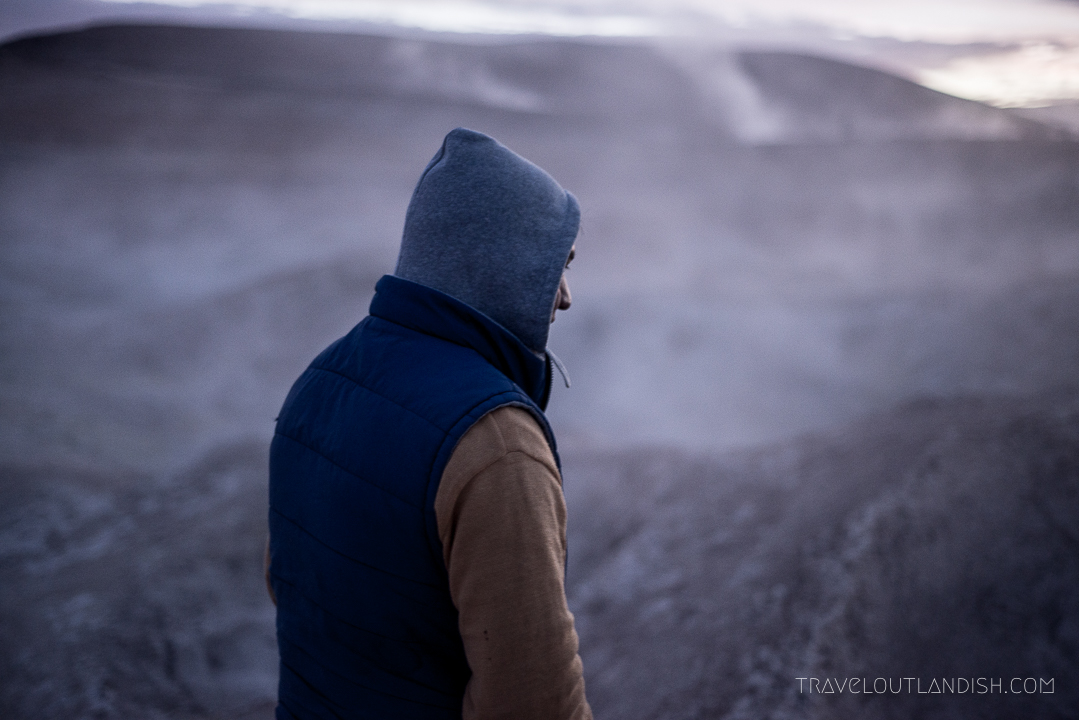 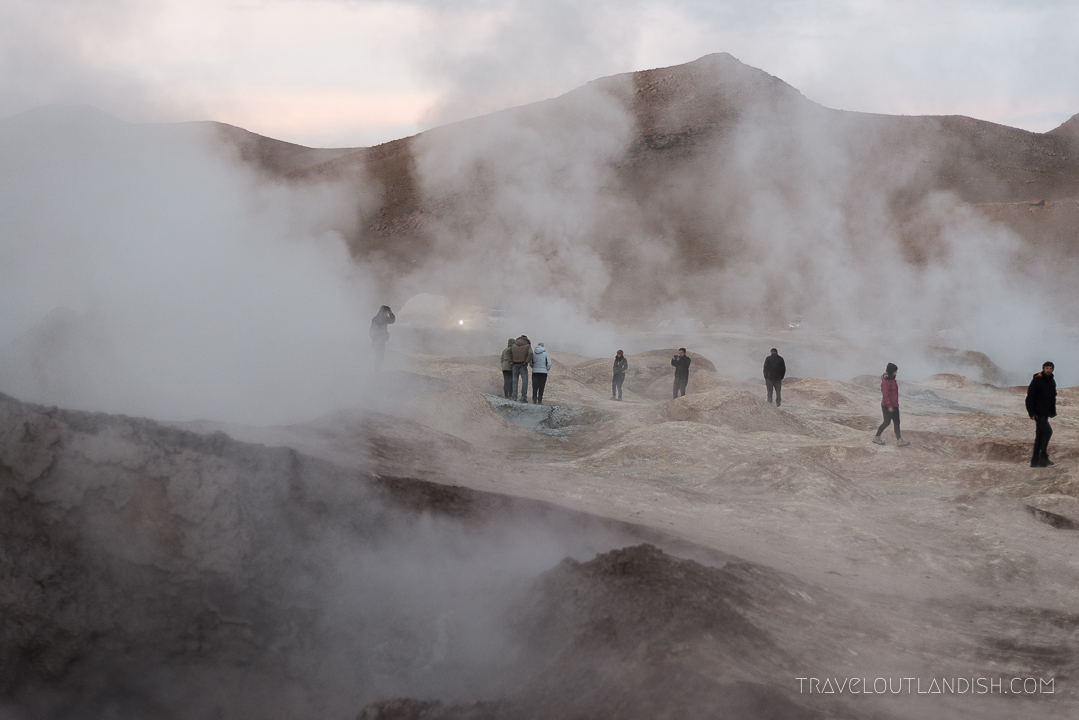 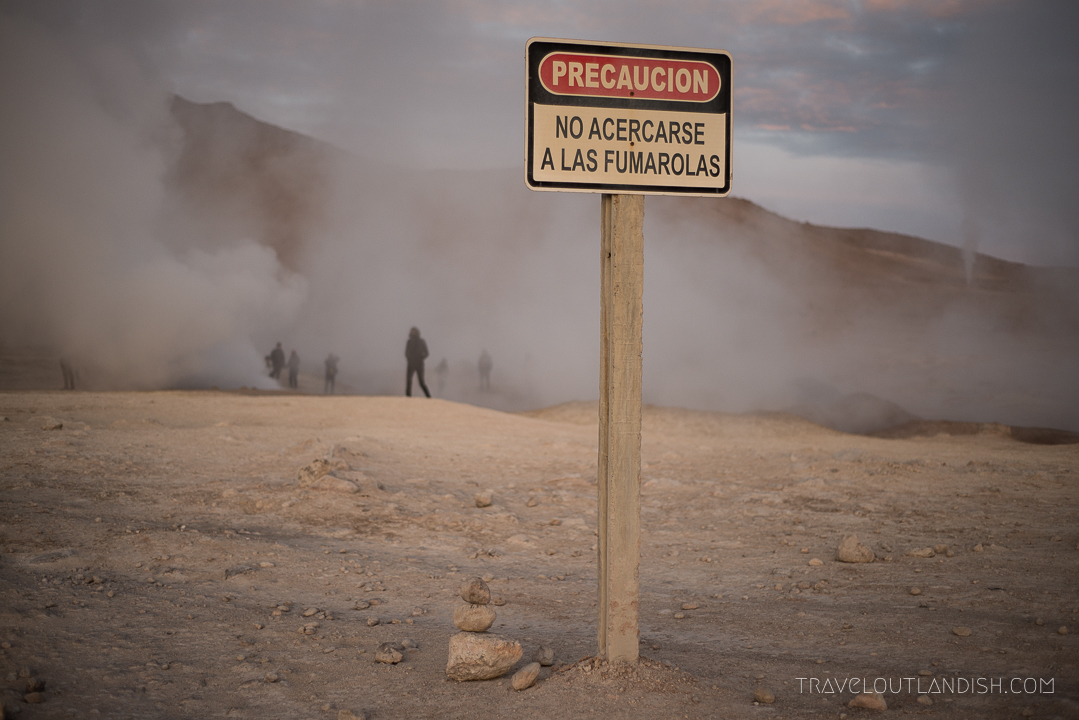 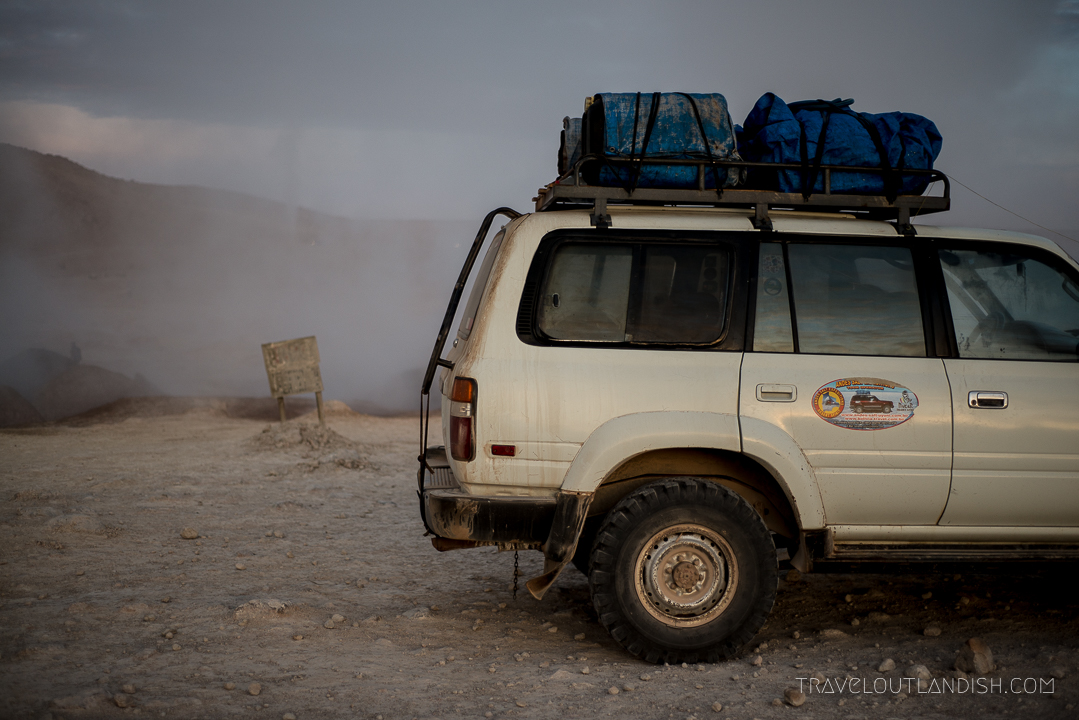 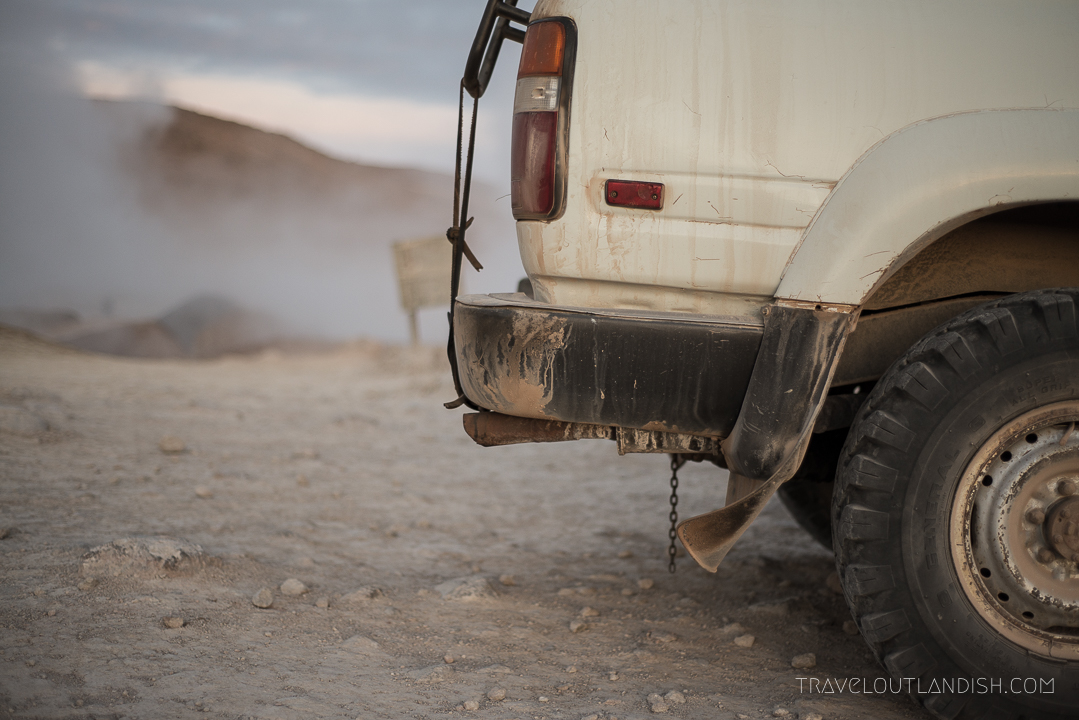 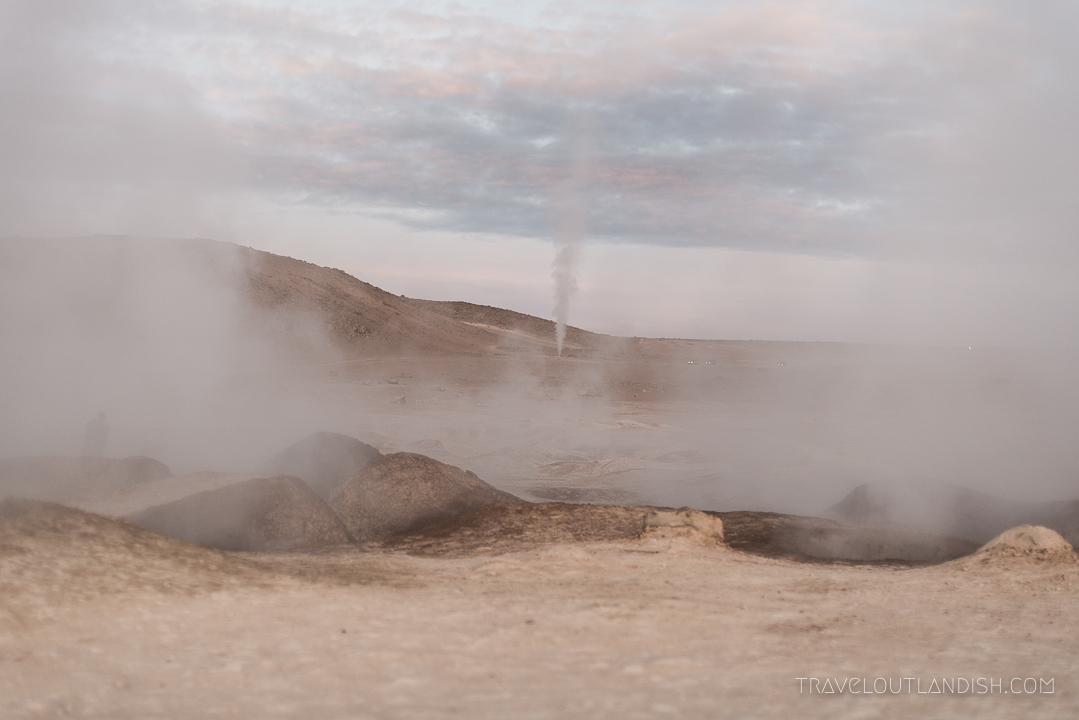 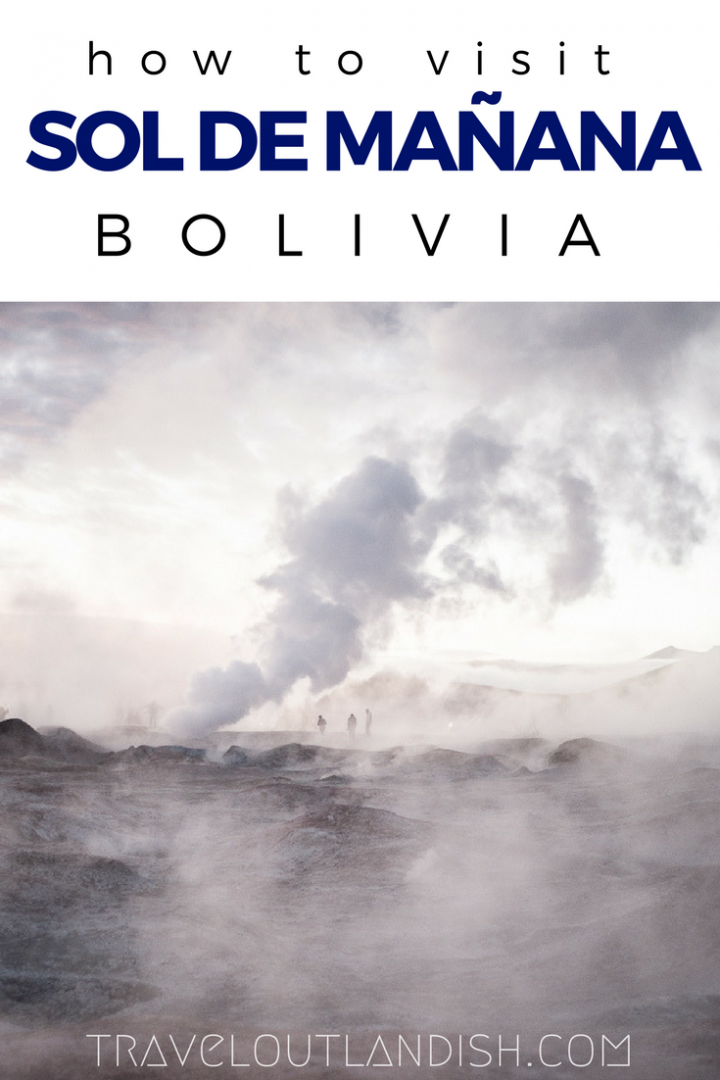 What’s the most otherworldly place you’ve ever been?

This post is in partnership with Andes Salt Expeditions. We received a discounted rate on our Salt Flats Tour in exchange for our honest review, but all opinions are our own!