all work and all play: living and dying by Japanese arcades | Japan 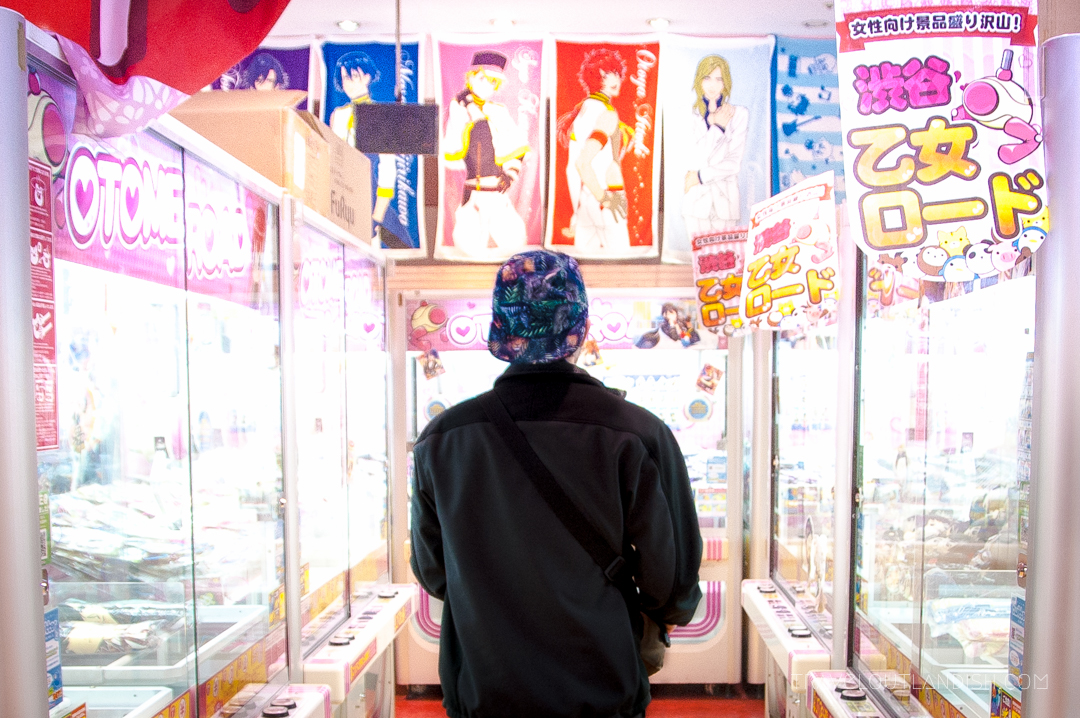 It is by sunlight that Tokyo is at its dimmest. Neon lights are what really illuminate the city. They’re always on, brightening advertisements, beaming from vending machines, peering out of train stations, and raining from tall towers. I’d say Tokyo looks exactly like you think it will…. only brighter.

Perhaps the most blinding of all? The inside of a Japanese arcade. And there are a whole lot of them to light the city. In Tokyo, arcades are more than a tired air hockey table and a MS. PAC-MAN console in the back of a smoke-filled bowling alley for teenagers and hipsters to happen upon. Instead, they climb 3, 6, 8 stories tall. And players span decades, with toddlers grasping for oversized stuffed animals alongside inglorious old men smoking between games. Filled with Taiko Drum, Purikura booths, Super Table Flip, and the same hopeless claw machines, games are no niche interest. They are extravagant, colorful, and as mainstream as J-Pop. 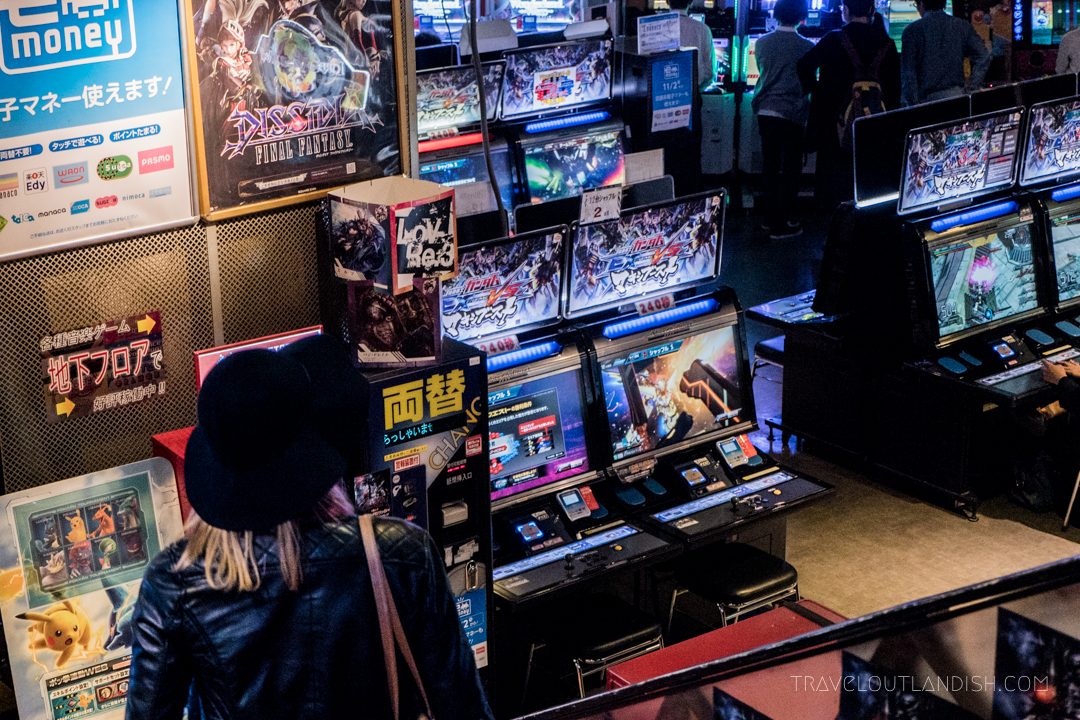 Maybe you’ve heard that there’s a single Japanese word for those who work themselves to death — karoshi. Perhaps people are all business in Tokyo, but we noticed they play pretty hard too. From themed cafes, to arcades, to go karts, to instant food, the Japanese go all in for fun. All work and all play. We can’t help but assume they’ll need a word for those who die by gaming soon, too. Arcading is not only fun. It can be serious work. 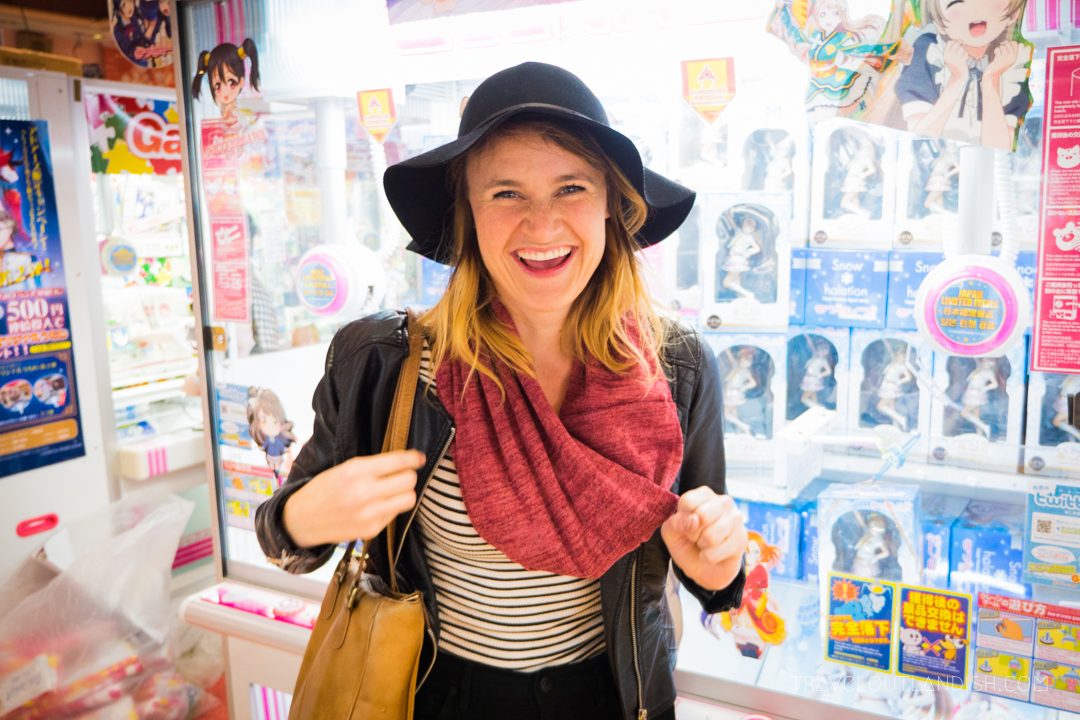 Interested in experiencing this extreme gaming culture for yourself? While there are arcades scattered throughout the city, head to Akihabara, Tokyo’s electronic district, for the widest range of options.

The 5 Best Arcades in Tokyo: 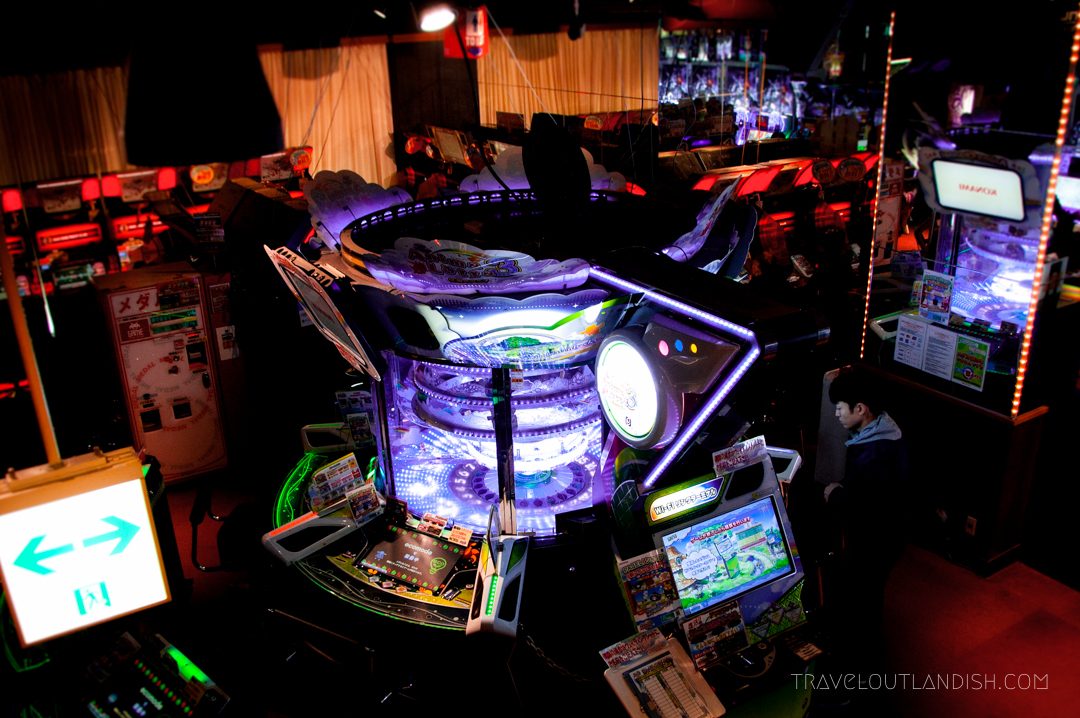 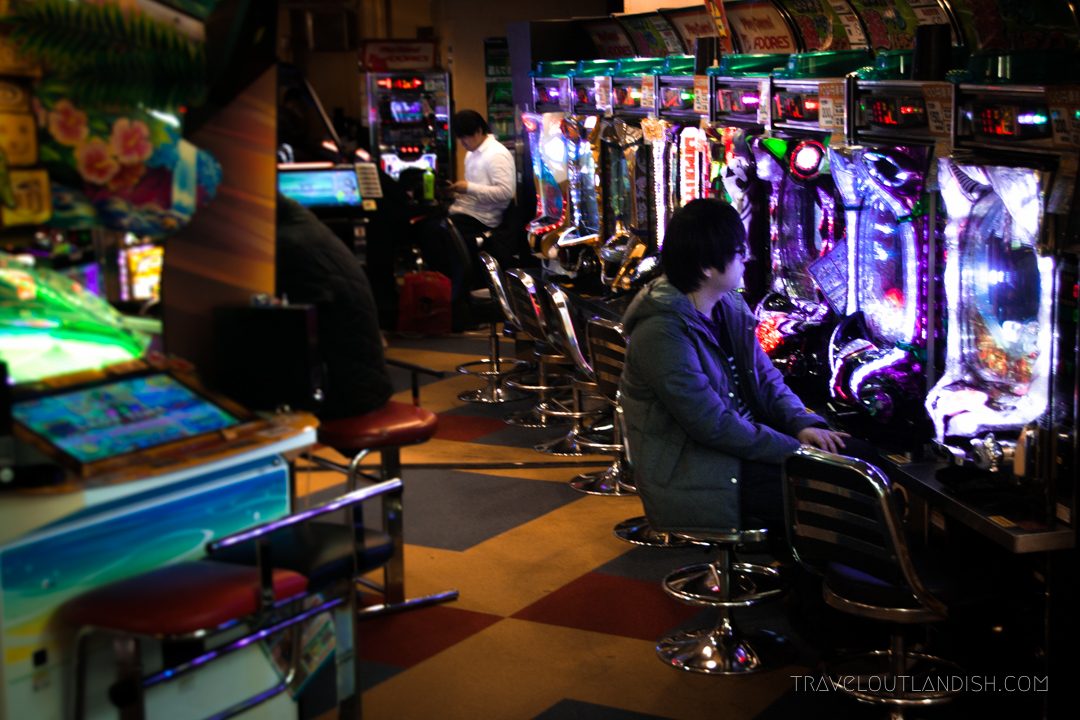 With locations throughout the city, you’d have to try really hard not to find a Taito Station in Tokyo. Go for the large selection of prizes and virtual games.

Get the full range of arcade experiences by also checking out an internet cafe. At Internet Comic Cafe Manboo, you can both play PlayStation and online games, and get some sleep in the café if you game for too long and miss the last train home. We mean it. That’s a real thing.

What’s not to like about a place called Super Potato? Browse their massive collection of manga comics or check out the top floor for the glass-top cocktail arcade cabinets in true 70’s style.

Want to know where those ridiculous photos of us came from? Hyper-white skin and moony blue eyes? That would be a Purikura booth. Join the swarms of Japanese school girls for a Purikura session. The headshots should be pretty awesome, but we’re guessing you won’t be updating your LinkedIn profile anytime soon.

Where would our hours have been toiled away as children of the 80’s without Sega? Remember Sonic? Streets of Rage? In this 6-floor Akihabara arcade, you can enjoy Sega classics for hours.

Based on actual Taiko drumming, Taiko no Tatsujin is one of Japan’s most popular rhythm games. Grab a mallet and try to keep the beat. While it’s an awesome game for beginners to play, it’s also pretty hilarious to watch the experts. If you consider yourself more of an axeman or frontman, there are a litany of other music games. Check out the dull drum set or pay tribute to the classics with a game of Guitar Hero.

Hopping in the photo booth is only half the fun with Purikura. Once you’re image has been captured, you’ll move onto the editing booth where you can add stamps, adjust the color, and make your photo strip even more ridiculous. Expect to pay around ¥400. 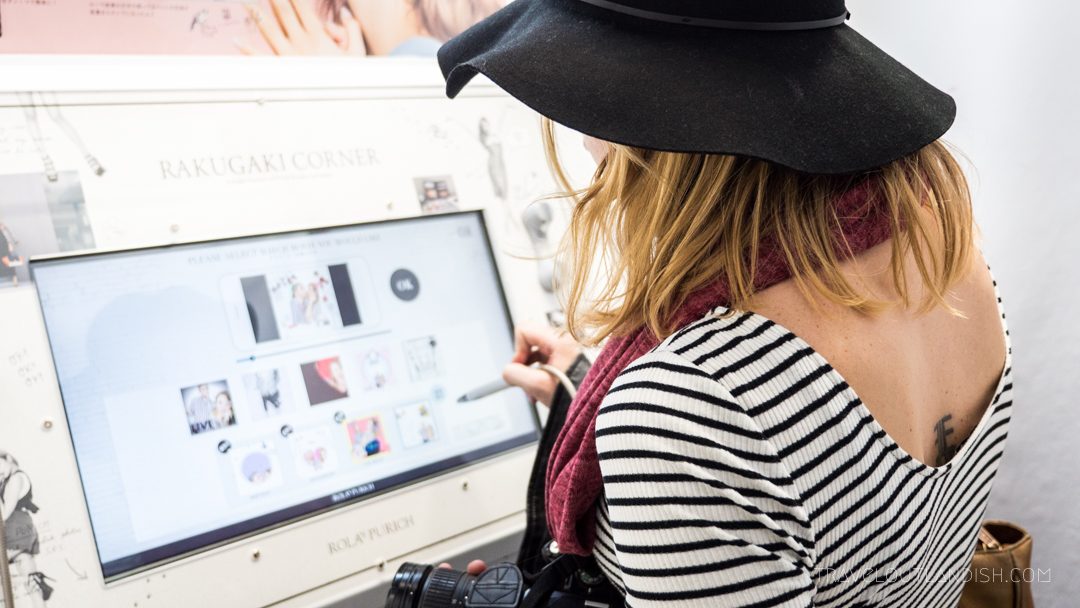 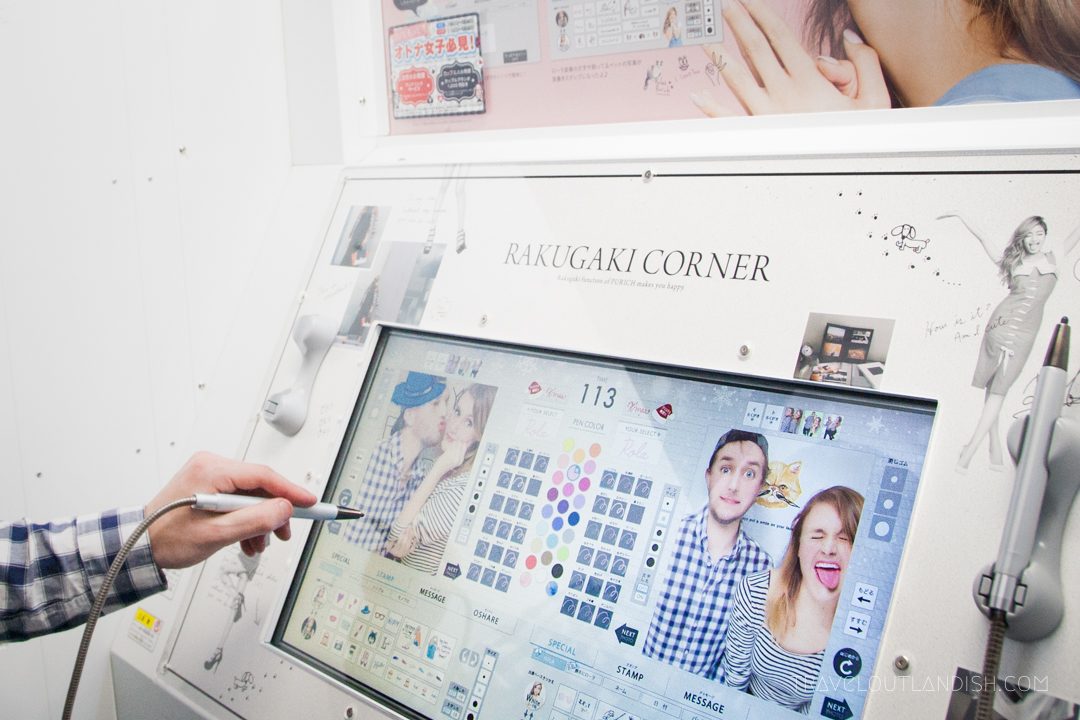 Remember the fad in middle school? DDR is still big in Japan. Follow the directional arrows on the screen and step or “dance” your way through the song.

Maimai is like Dance Dance Revolution for those better with their hands than their feet. What appears to be a neon lot washing machine from afar is actually Maimai by Sega. Orbs of light shoot to the edges of the screen to the beat of a popular song. With slides, doubles, and varying levels of intensity, it’s actually a lot harder than it looks. We guarantee you’ll be worse than every teenager in the place. 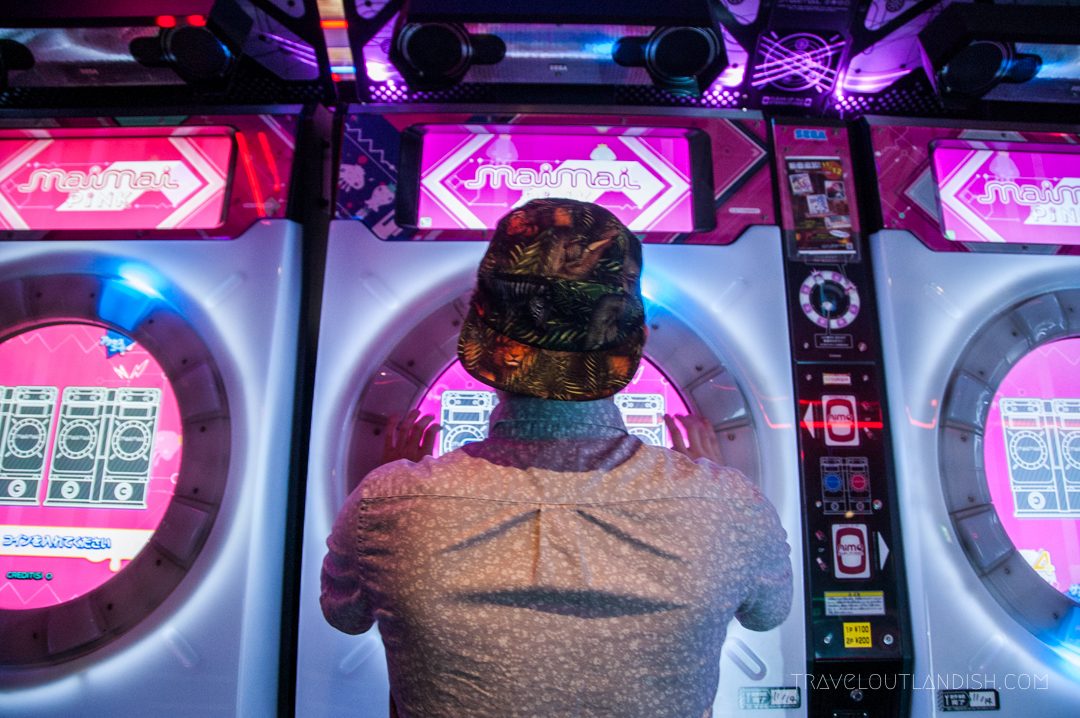 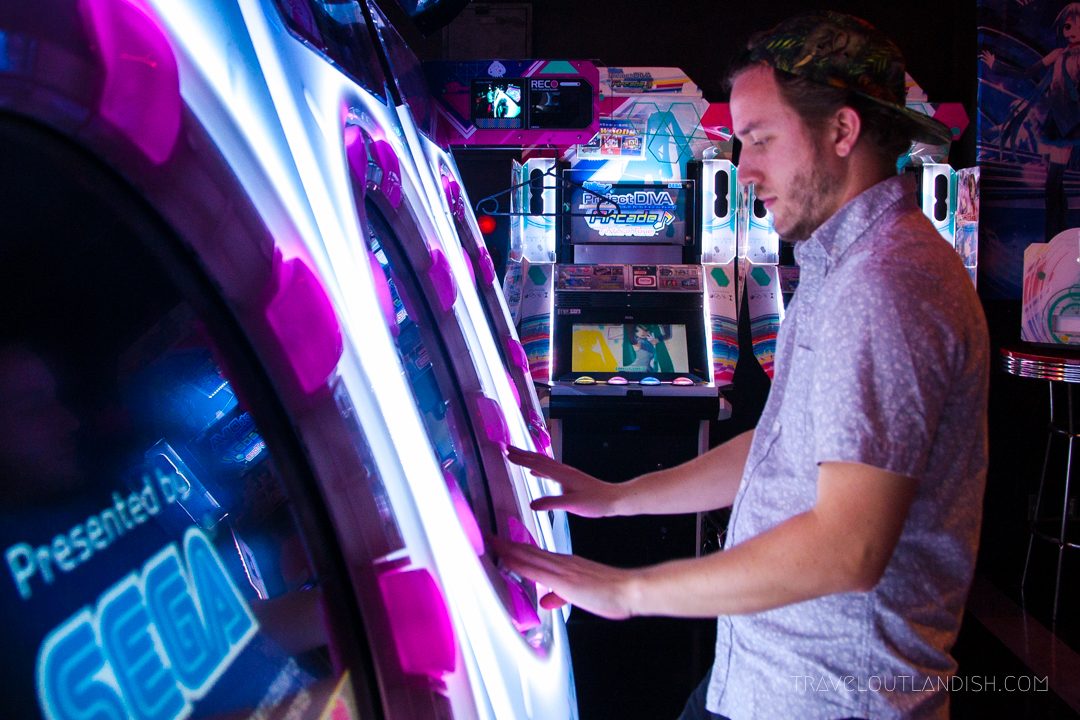 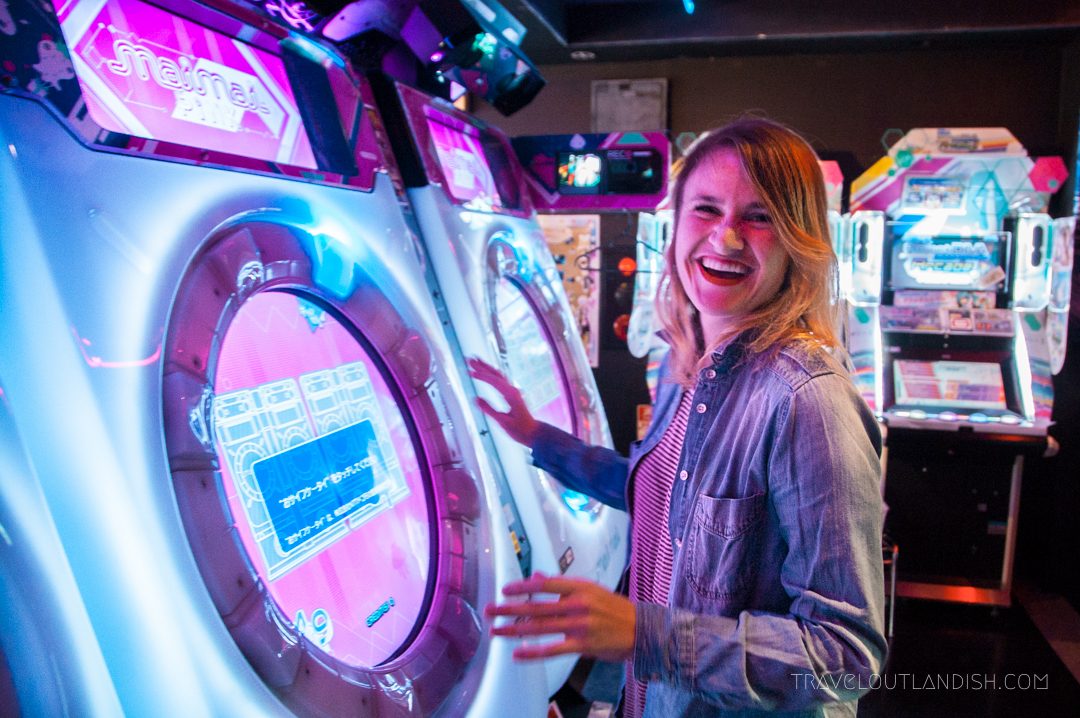 Set in the Gundam universe, players of Kidō Senshi Gundam become pilots of robot suits and participate in battles taking place around Japan. You have to have a pilot card to play this one, so if you’re thinking about playing, keep in mind you’ll be up against players who have collected superior weapons over time. At the very least, being in the pod is highly entertaining.

On the top floors of every arcade, you will find that the teens thin out and the air grows smoky. You have just arrived in the metal coin game section. These games are less about the fun of it and more about racking up as many coins as possible. This isn’t quite the semi-legal gambling world of Pachinko, but it is certainly close. Spend your metal coins on machines that, in the end, pay out even more metal coins. Our favorite? Horse Racing —  a miniature horse track with animatronic horses that you bet on. Ah Japan, always making things miniature for ultimate entertainment. 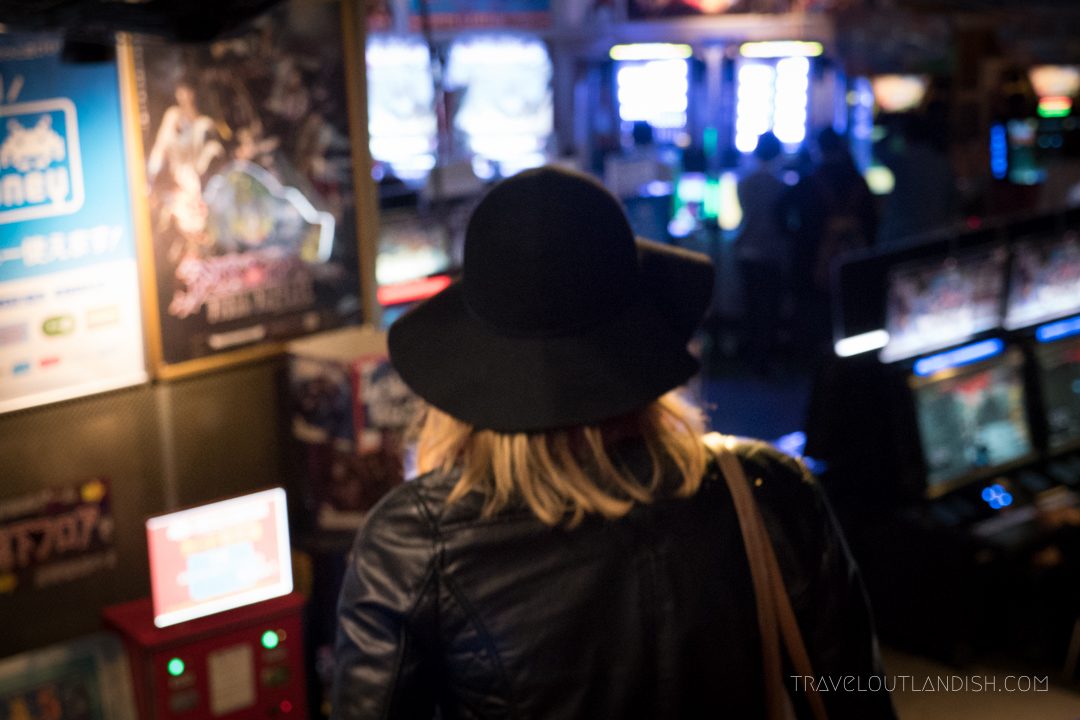 Ever been to Tokyo? It’s fantastically absurd, huh? What were your favorite arcade experiences?