Is Angkor Wat Worth It? | Cambodia 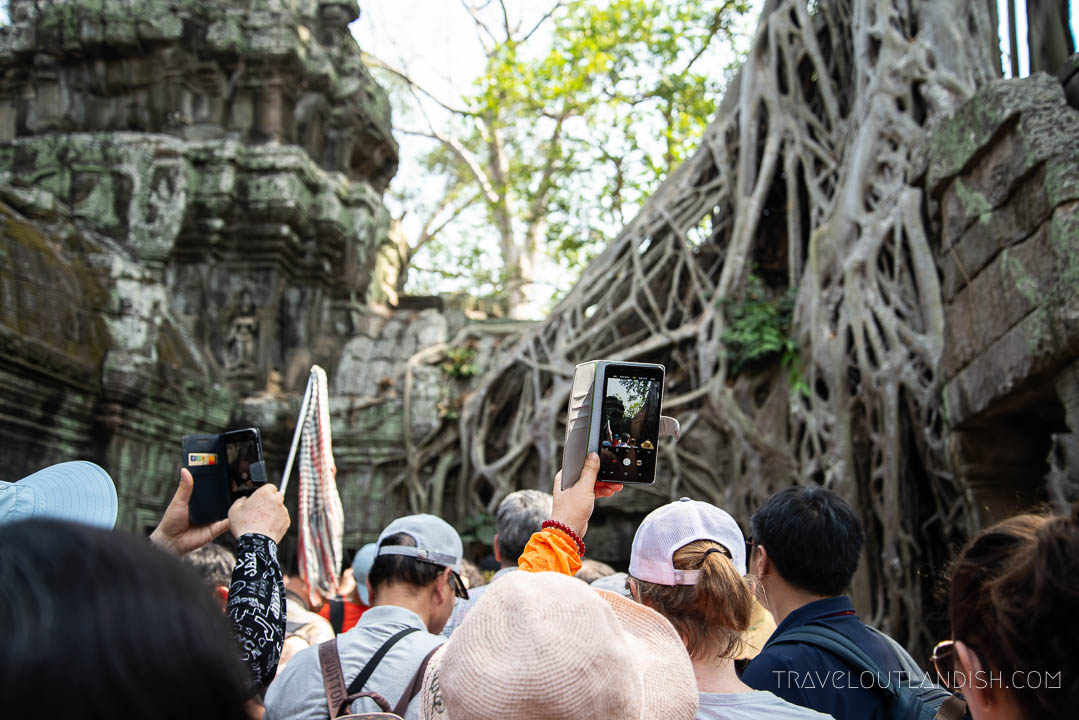 “Everything lost is meant to be found.” It’s as though Lara Croft – the gamer crush better known as Tomb Raider – was telling a fortune about what Angkor Wat would become: a lost temple, very found.

Have you been wondering whether Angkor Wat is worth it? In some ways, the site IS too popular for its own good. I know that sounds ludicrous, so bear with me. Here’s information on what makes Angkor great, why over-tourism is killing it, and a look at a few of my favorite alternatives to Angkor Wat if you’re looking for a different experience entirely.

The Good Side of Angkor Wat

The One and Only

First things first. The Angkor Archeological Complex is the only site of its kind. Angkor, the former capital of the Khmer empire, was constructed from the 12th century. The city sprawled over 100km2 and was the largest pre-industrial city in the world. While people often think of the whole complex as “Angkor Wat”, that actually only refers to the largest temple, (which is also seriously huge). Angkor Wat has walls that are nearly half a mile long on each side. And most of it is incredibly well preserved. Angkor Wat and the rest of the complex are still in incredible condition after more than 800 years, though the odds were never in Angkor’s favor. 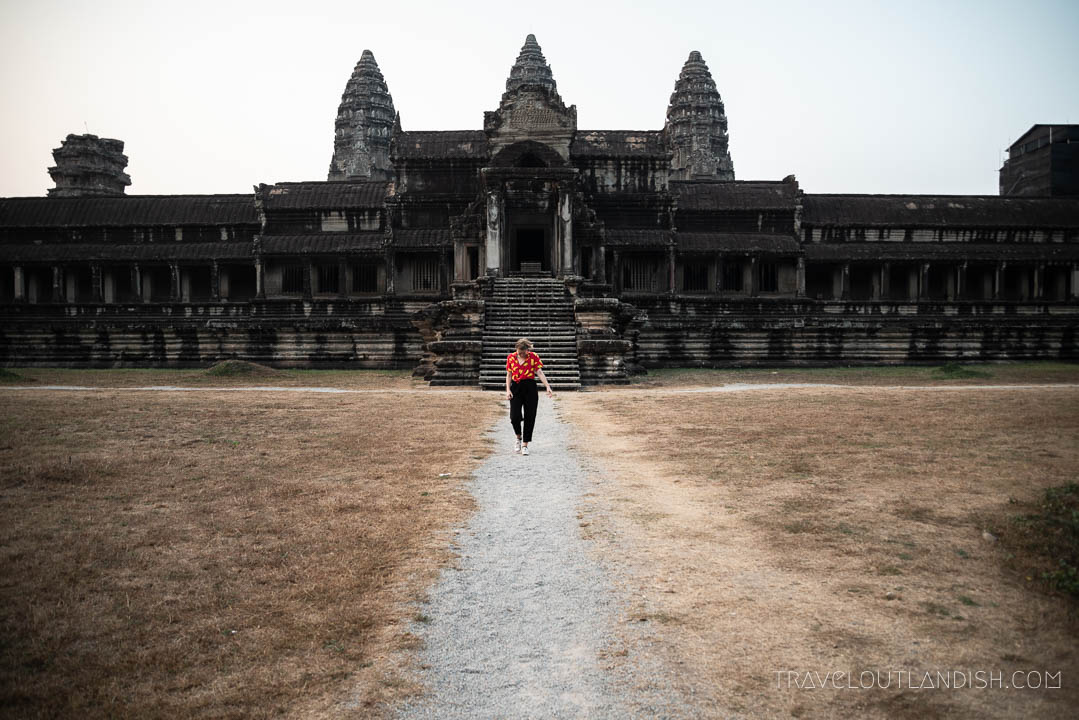 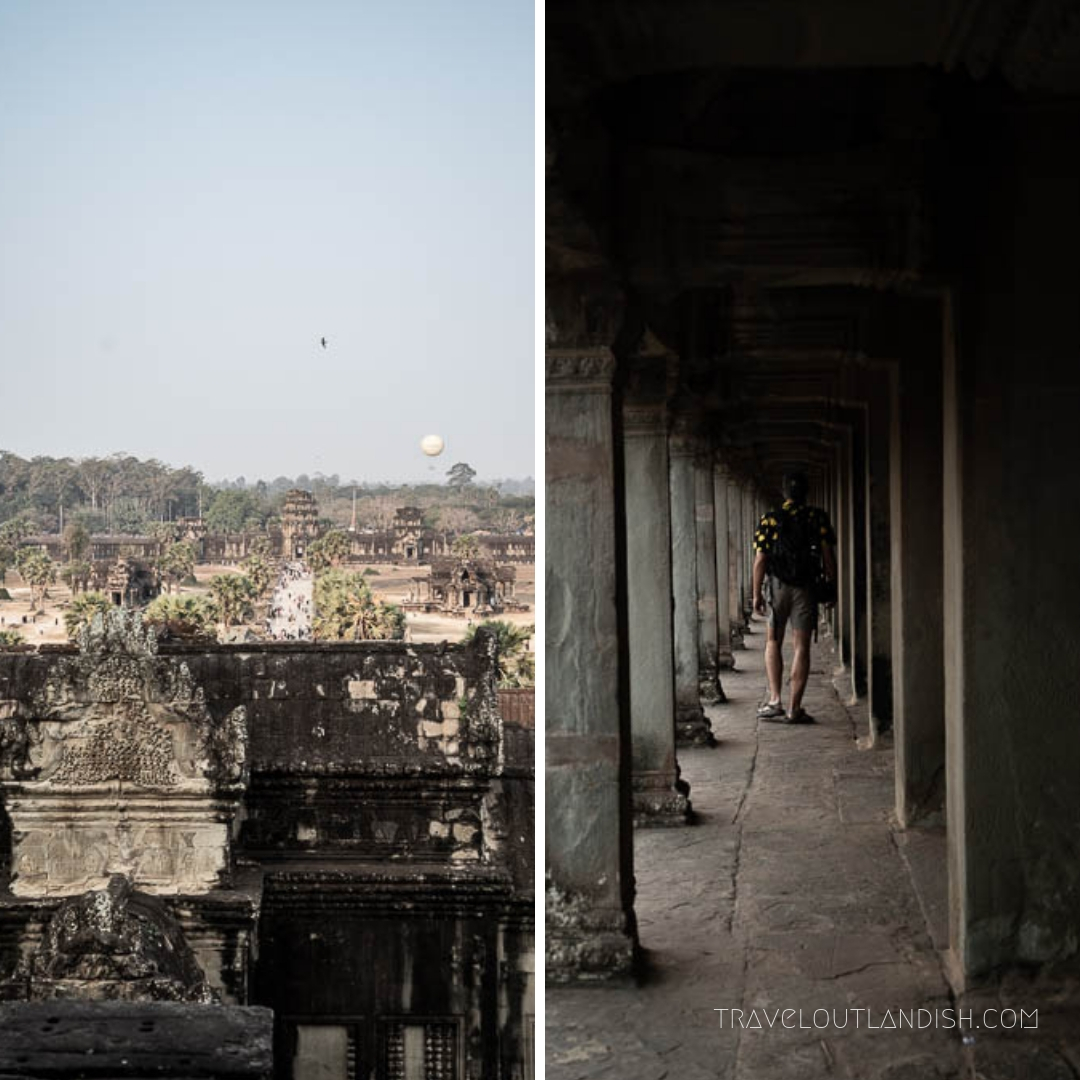 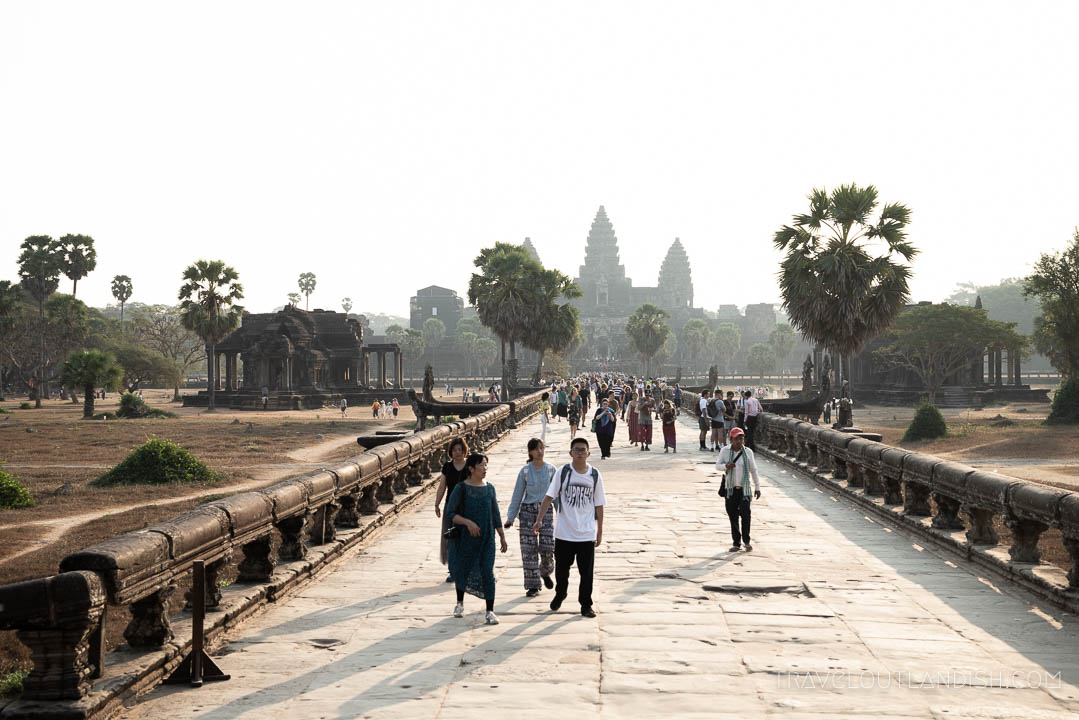 Angkor has a complex history. The site was abandoned from the 16th century. It then survived archeologists hacking through the jungle, excavating it from its protective vines, only to be left in wait while Cambodia suffered war. It withstood civil war and the cultural erasure that came under the Khmer Rouge; while much of the country’s cultural legacy was destroyed during this time, Angkor Wat came out of it with only a few bullet holes. Angkor has survived, in spite of art thieves that have pillaged the ruins, decapitating statues and taking anything that can feasibly be removed from the site.

So, here’s getting to the point. Is Angkor Wat worth it? The ruins themselves are absolutely amazing. But the complex that has survived centuries of adversity may be living its hardest years now. Angkor Wat has become a major tourist attraction, and that could have serious implications.

The Bad Side of Angkor Wat

There were just 7,650 visitors to Angkor Wat in 1992, the year after it was added to the list of UNESCO World Heritage sites.  Angkor Archeological Complex still remained in relative obscurity until Tomb Raider was released in 2001. Angelina Jolie stomped over the 800-year-old ruins in a slick braid and combat boots. Wide-angle shots of tree roots strangling sandstone blocks gave the world a vision for a place they’d never seen. Perhaps they’d never even heard of it before, but it made people want to go. In some ways, it seems Tomb Raider forever changed the fate of Angkor Wat.

Today, Angkor Wat gets over 3 million visitors per year. Even though it’s a huge complex, it actually feels like 3 million. That works out to more than 8,000 visitors per day. And the crowds at Angkor can be really annoying. There’s no solitude at the Angkor Wat sunrise vantage point. You won’t be able to stop for a deep breath to admire the stonework. You can’t stare closely at the strangling tree roots of Ta Prohm. There’s something a bit sad about having your to share your Angkor Wat experience with thousands of people when you can almost imagine the place empty, lost in the jungle. There aren’t any immediate plans to limit ticket sales, so this is how it stays: incredibly, undeniably crowded. 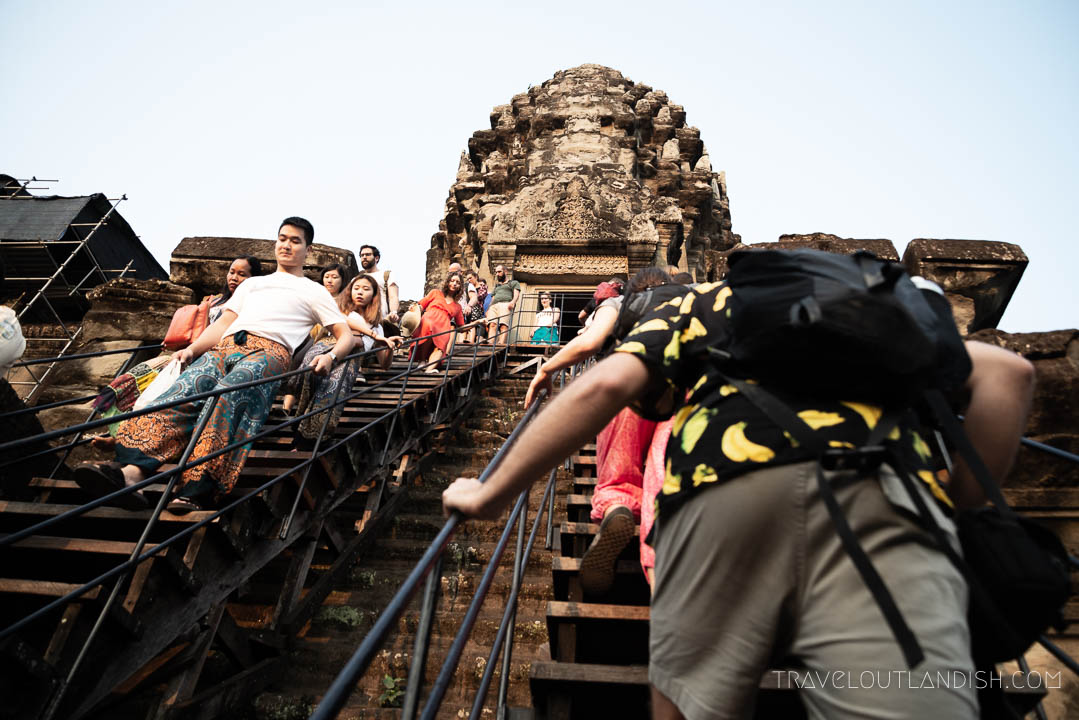 In 2019 the entrance fee for Angkor Wat costs $37 for the one-day pass, $62 for the three-day, and $72 for the seven-day. That’s nearly double what it cost before the 2017 price increase. Angkor Wat is well worth $37, but it’s quite a big expense relative to what everything else in Cambodia costs. Note: It’s not currently possible to book your ticket online. Ask your driver to take you to the ticket office early on the morning of your tour so you can buy your Angkor Archeological Complex ticket on site.

The Straight Up Ugly Side of Angkor Wat

There are lots of really bad tourists at Angkor Wat. Some feed monkeys leftover sandwiches or litter their coffee cups in the reflective pond or press their fingers against century’s old bas reliefs, prominently marked with signs begging “do not touch” in practically every language. Others roll up their shorts the minute the security guard looks away or dive under guardrails for Instagram shots or sit on ancient stonework. A few snap photos of local kids in costume and promote a culture of begging that can have lifelong destructive effects. I’ve never quite seen a place where people were as disrespectful as they were at Angkor Wat. If you’re conscious of these things, it can be pretty frustrating. 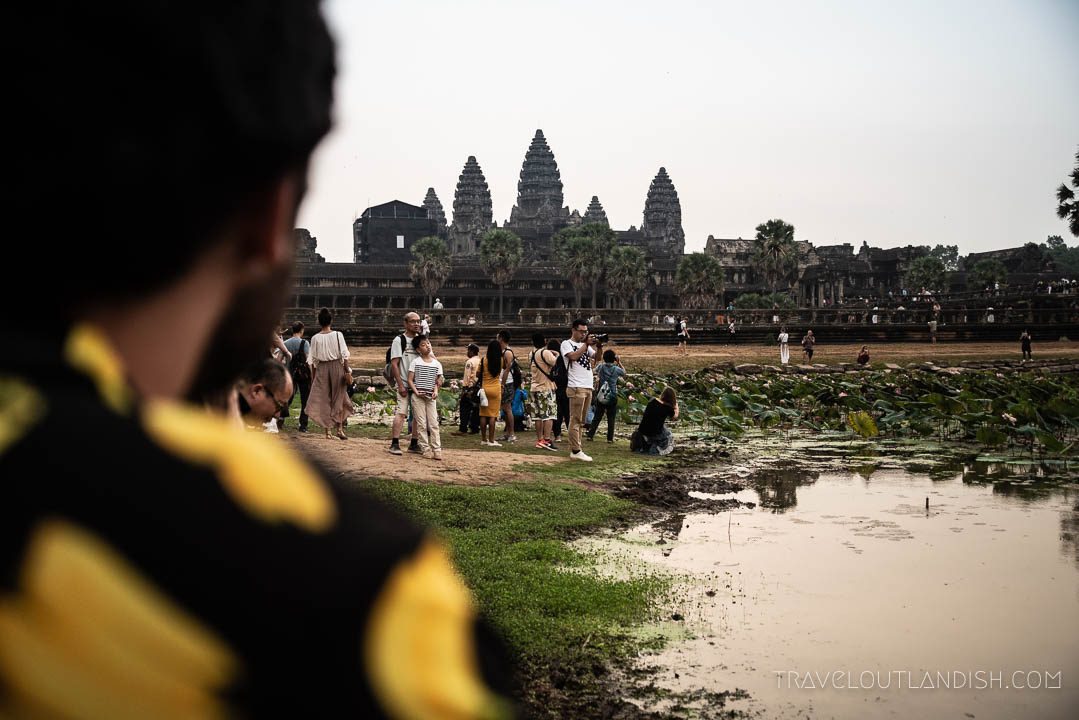 Environmental Impact: While the crowds are annoying, over tourism is also having environmental implications on Angkor Wat. Just imagine what kind of soil erosion the foot traffic of 3 million people can cause! In order to keep up with the growing popularity of Angkor Archeological Complex, Siem Reap has had to scale at an incredible rate. As you can imagine, this type of development doesn’t come easy.

There’s an oversupply of hotels nearly every night of the year. More than 50% of the population now works in tourism, so guides and drivers often go weeks without work. The Tonle Sap is getting more contaminated by the day, sewage goes unmanaged, and there is never sufficient electricity. And perhaps most concerning is that, according to Unesco.org, Siem Reap runs at a deficit of about 300 million cubic meters of water per year. To compensate for this, there has been an immoderate pumping of groundwater. While no studies have been carried out, some scientists speculate that since the water is just five meters below the surface, overdrawing could threaten the stability of temples and towers. At some point, Angkor could just sink into the earth, and that would be that.

So, is Angkor Wat overrated?

In spite of everything, I do believe Angkor Wat is not overrated. It is worth visiting if you’re already traveling in Cambodia or Southeast Asia. The crowds make it a bit unpleasant at times, but there’s nowhere to the same scale as Angkor, and it’s a World Heritage site for a reason. Like I wrote about Machu Picchu, you can still have a totally positive Angkor Wat experience if you set your expectations. It will not be super peaceful, and it’s good to go in knowing that! With that in mind, there are still a few things you can do to have a better experience.

Still not sure whether Angkor Wat is worth it? For every bucket list spot, there are alternatives that are more adventurous and less known. I’m all about finding more of those places! If you’re looking for a different kind of experience, here are a few of the Angkor Wat alternatives you might consider.

Beng Mealea has a relatively mysterious history, but it was likely built around the same time as Angkor Wat. While it’s nowhere near as big as Angkor Wat, the coolest part of Beng Mealea is that the temple is less crowded and almost completely overgrown; imagine sprouts coming through breaks in the walls and trees taking root in open courtyards. There’s also a long wooden walkway running through the site that is pretty beautiful to walk along. 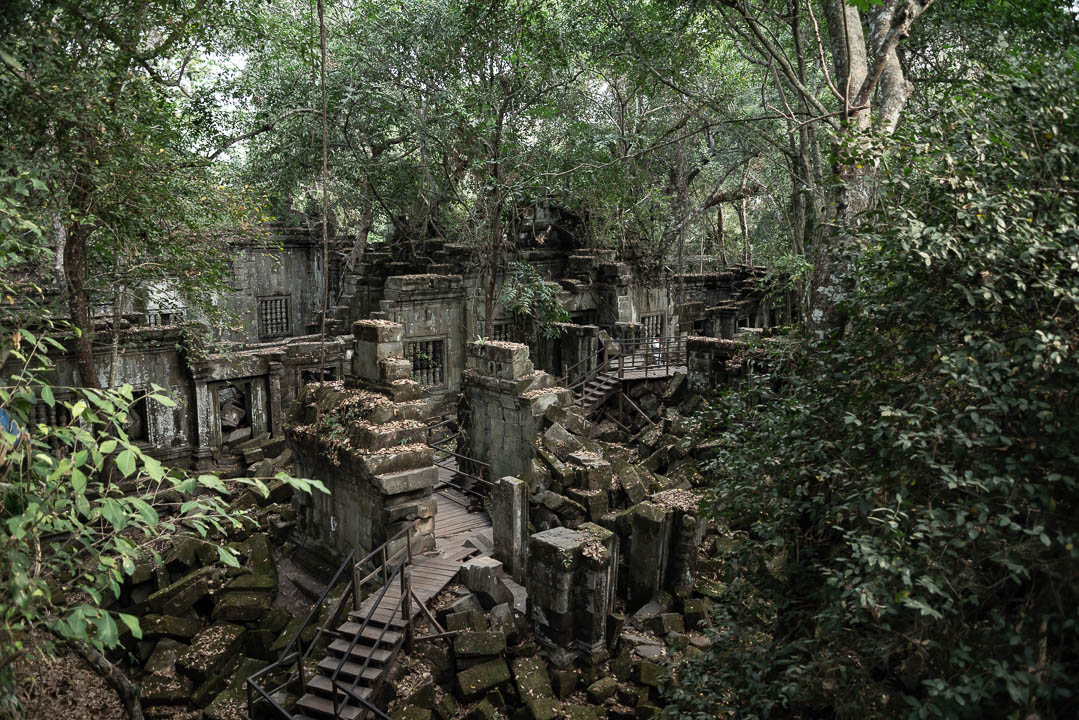 Koh Ker was formerly the capital of the Khmer empire from 928 to 944 AD. As a result, there are more than 180 temples spread across an 81 km2. If you visit today, you’ll find 24 temples are well-restored and seriously under-recognized. The most interesting site of all is the 55mx40m, seven-tiered pyramid, Prasat Thom, that is strangely reminiscent of the Mayan-style architecture. Koh Ker probably isn’t worth a trip unto itself, but you can combine it with Beng Mealea for a full day of exploring. Read more about Koh Ker. 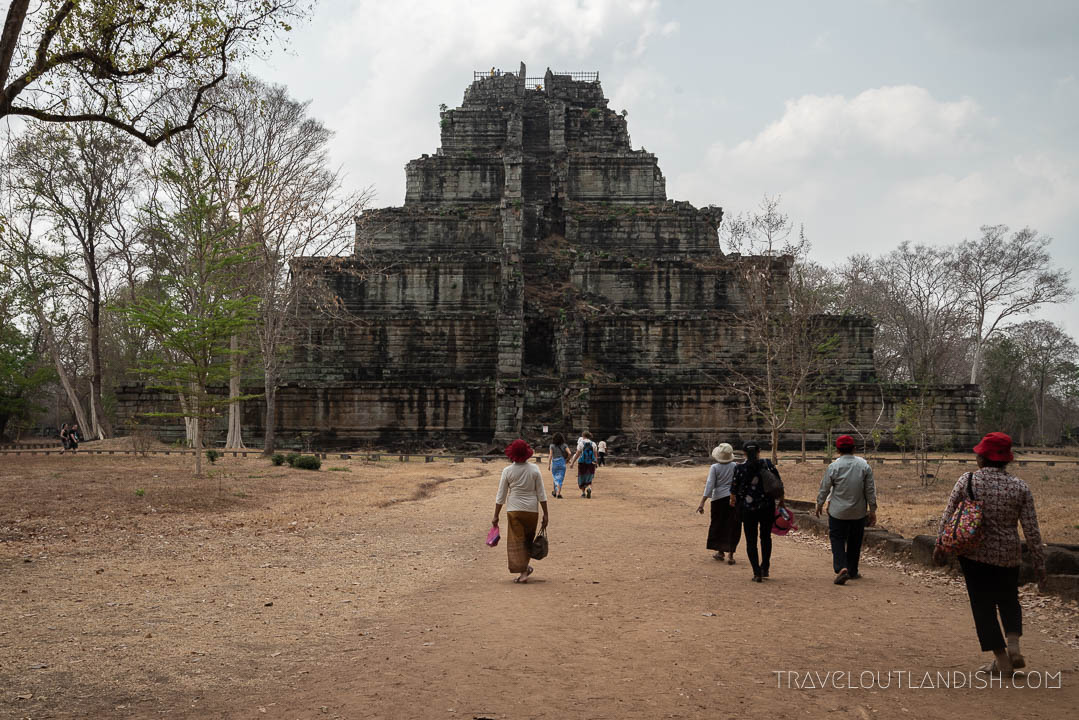 Have you been? Was Angkor Wat worth it? Share your thoughts in the comments below. 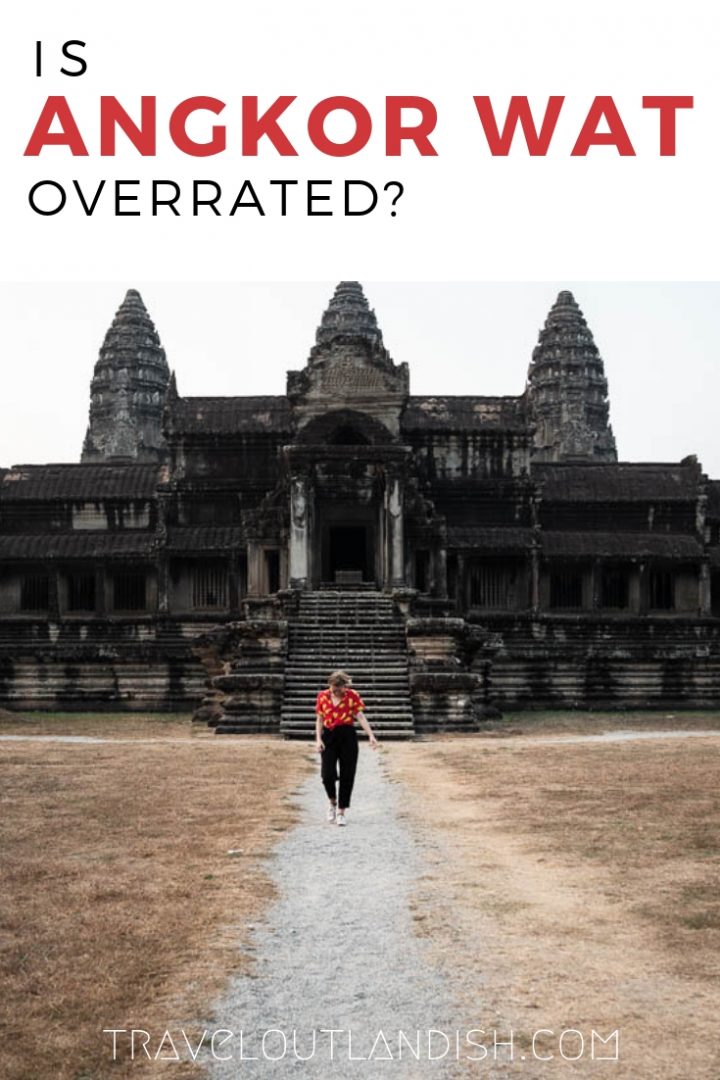