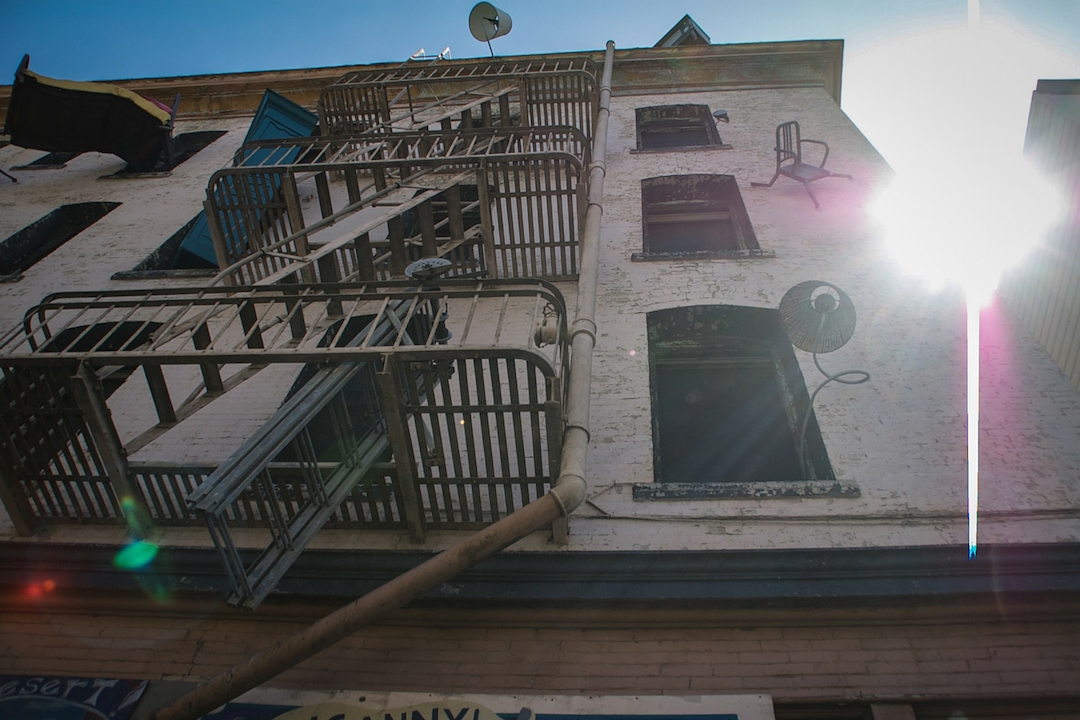 It is a city where pink mustached cars have trumped the taxi business one fist bump at a time. A land where cocktail bars serve up both concoctions made with egg whites and miso paste alongside $3 cans of Tecate. The tutu and gorilla mask you suspected you’d never wear again gets dragged out one weekend after the next in a slew of costumed events. Professional networking involves playing ‘would you rather’ with 27-year-old executives wearing paisley, top-buttoned, short-sleeved shirts with more tattoos than their grandmothers would prefer. I am, of course, talking about San Francisco. Life is whimsical in a city such as this.

Essentially, it is a city run by kids – or at most, pre-teens with Visa Black Cards – and a culture of novelty has evolved. It takes some discovery, but if kids know how to do one thing, it’s how to build a killer playground. A bizarre sense humor and desire for immersive experiences has driven a movement of play in San Francisco. And you know what? It’s actually pretty fun.

8 weird things to do in San Francisco:

1. Escape the Room in SF

You find yourself locked in a room with 10 of your closest friends. Your objective is simple — get out of the room. The method you employ for getting out, however, is far less straight forward. Through a series mysterious clues, abstract puzzles, object scavenging, and hidden tools, your team attempts to escape said room. Before you blow another Saturday locked in your own room watching House of Cards on Netflix, you may as well pay $30 to lock yourself in someone else’s. It’s well worth it. Interested? Check out Real Escape Game, located in Japantown! 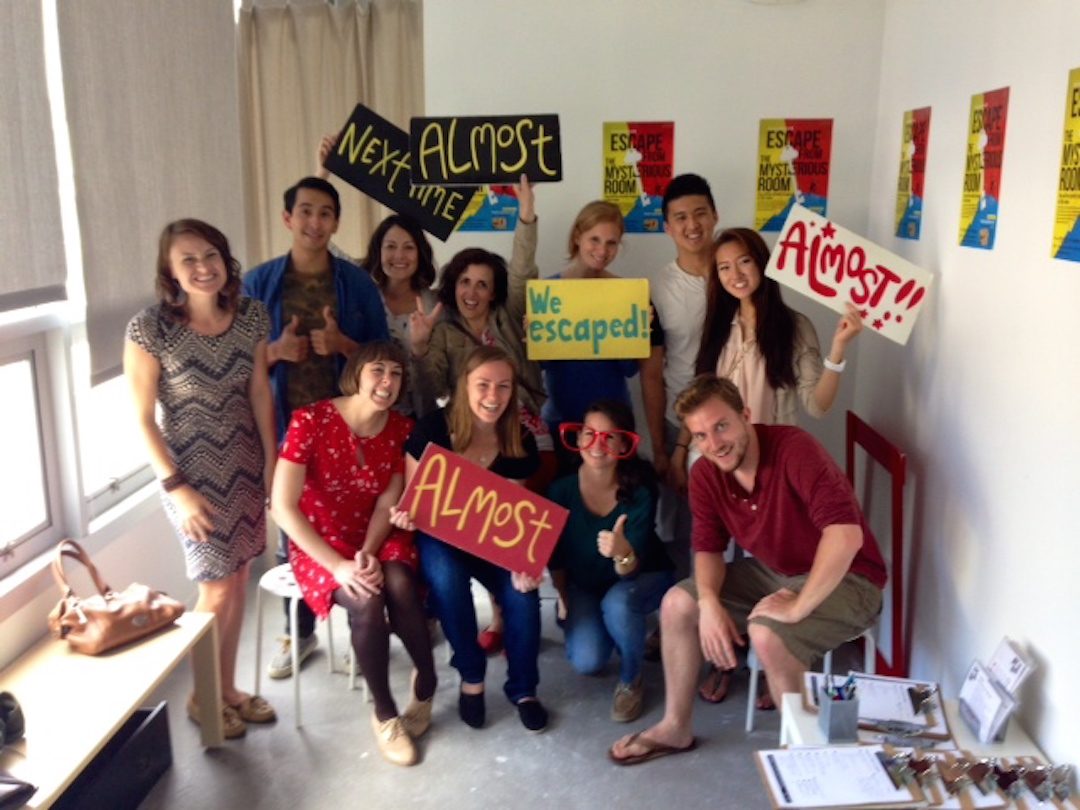 Now this one is a bit more location independent, but it will require some planning, and at least a few friends. Pick a story line… lets say a slaughter in ancient Rome suits your fancy, or perhaps you’d prefer the ultimate revenge at a high school reunion? Whatever you choose, the setup is the same. You’ll download and print the game, assign characters, and invite your friends over for a meal. Everyone assumes their role, opening revealing envelopes along the way, and by the end of the night you’ll identify a murderer amongst you. It’s a fun alternative to a standard dinner party, because, let’s be honest… it’s more engaging to have your friend’s college roommate die dramatically than it is to chat over wine and soufflés. To plan your own fun (and cheap) murder mystery party, check out Night of Mystery!

3. Exploratorium After Dark & The Academy of Sciences Night Life:

These experiential museums open their doors to the twenties sect nearly every Thursday. Grab a glass of red wine and learn about earth sciences, the environment, physics and all kinds of other stuff. If you’ve spent many a day tirelessly wondering about the size of a whale’s skull, want to test the acoustics of a xylophone, or would simply like to know what an anaconda contracting around your arm may feel like, you’ve probably found your thing. Hosting creatively themed events, you can learn about anything from outer space to sexual behavior to flash flooding patterns to the human brain. It’s like 7th grade science, minus a teacher who gives you a C+ for no good reason, plus mixed drinks — basically, it’s way more fun. Get your tickets on the Exploratorium and Academy of Sciences websites. 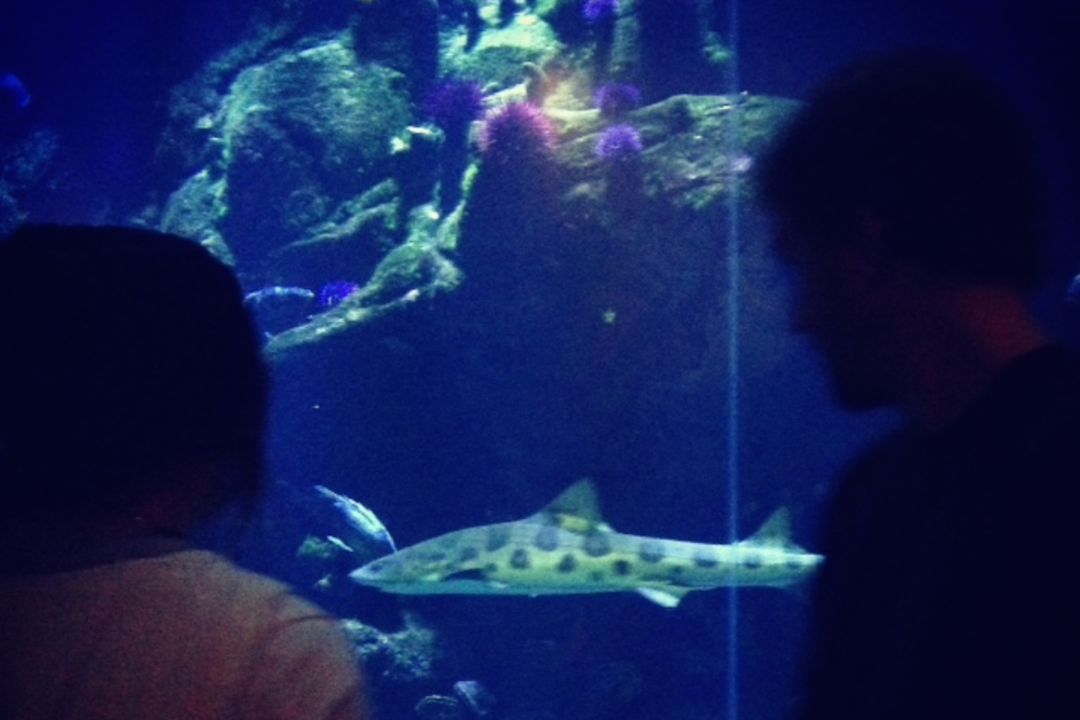 Companies like CLASH and The GO Game have managed to keep mighty busy hosting themed corporate events or silly city scavenger hunts around San Francisco. Whether you’re following a string of city themed clues or treasure hunting downtown, Scavenger Hunts are a type of play that we grew up from much too soon. Every once in a while you can scout out a deal on Groupon! Plan your next event at CLASH  or The GO Game. 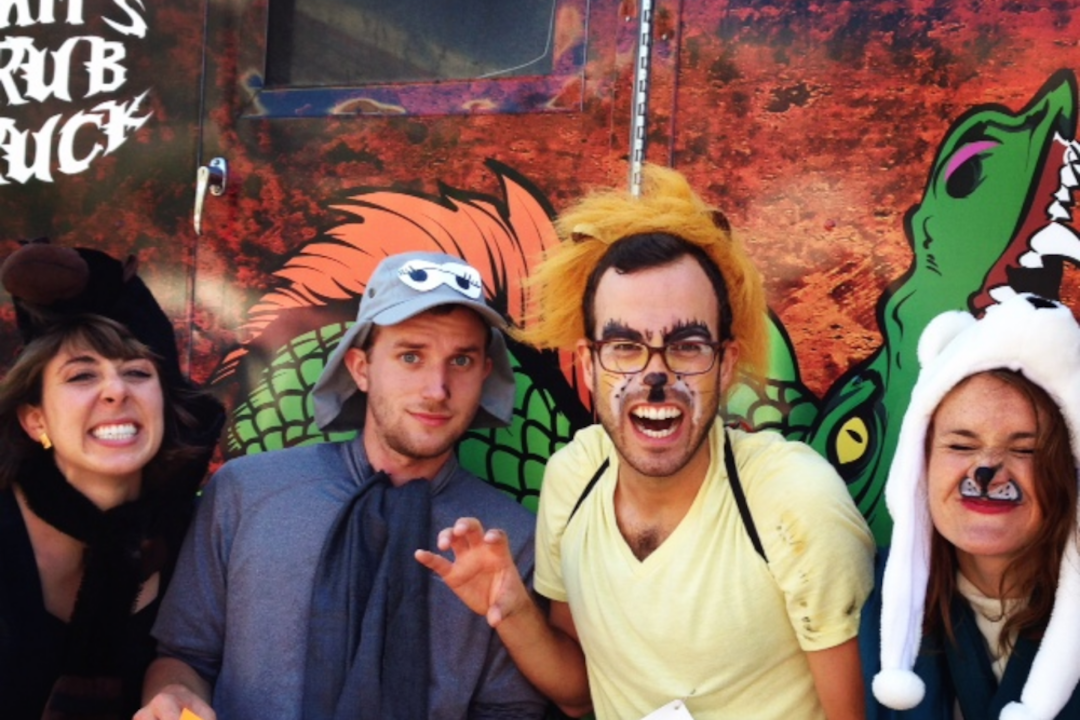 With new spots like Mission Bowling Club and Urban Putt in the neighborhood, the once suburban pastimes of bowling and putt putt golf sit right in the city limits. While you certainly remember the sport, it’s probably been a long time since you last dug your bowling ball out of mom’s garage. Furthermore, science proves that people with continual exposure to oversized clown heads and windmills are 16x happier (ok, I made this up). Either way, there’s no reason not to introduce this old favorite back into you daily routine. For more details and pricing, you can check out their websites directly: Mission Bowling Club and Urban Putt. 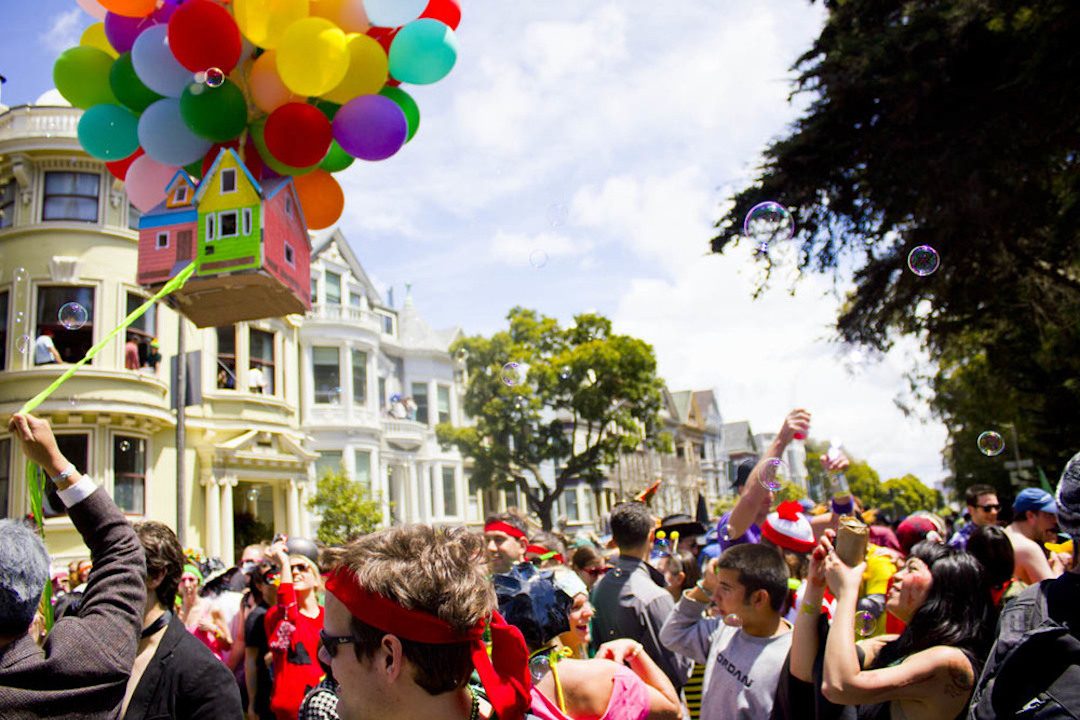 Bay to Breakers 2011 by Phloating Man

If your stay in San Francisco happens to line up with one of these epic San Francisco events, you sure are lucky. Friend-having or solo, all you really need to partake in Bay to Breakers is a ridiculous costume, a 12 pack of Coors Light, and transport to the Panhandle. At Santacon, you can forget the irritation that arises when another girl is spotted wearing your outfit, because it’s nothing but joyful to see someone else rocking the same $6 Santa suit. By the end of the day at one of San Francisco’s costumed events, you’ll not only have a face full of paint, but you’ll also probably have picked up some fairy wings, a fur vest, and a brand new fedora from kindly strangers.

If you want to try Bavarian food in a local home, experience San Francisco’s chocolate scene with a local expert, or experience hidden pockets of the city with a local guide, sign up for an immersive experience on Peek, EatWith, or Urban Adventures. Hosts lead an event or tour that highlights their expertise, and you have the chance to experience San Francisco from a whole new perspective. Whether it’s international travelers you’re hoping to meet or you’re simply looking to connect with other locals, these are a fun way to root down and expand your world view right from within San Francisco. Get in on the fun and book a meal with EatWith or take an excursion with Peek or Urban Adventures.

How could we leave this for last? It’s because you probably already knew there was nowhere better than San Francisco for summer music festivals. A concert is something, but a whole weekend of music festival?!? Head to Outside Lands, Hardly Strictly Bluegrass, the Sterngrove Festival, or Treasure Island if it’s rad music and good vibes you’re seeking. Perhaps you’ll wear a flower crown and a dress only suitable for Penny Lane — Karl the Fog will inevitably arrive, at some point or another, but you’ll be too transfixed by Tame Impala and The National to care. Our favorite festival lineups in San Francisco? Treasure Island and Outside Lands, we cannot tell a lie. 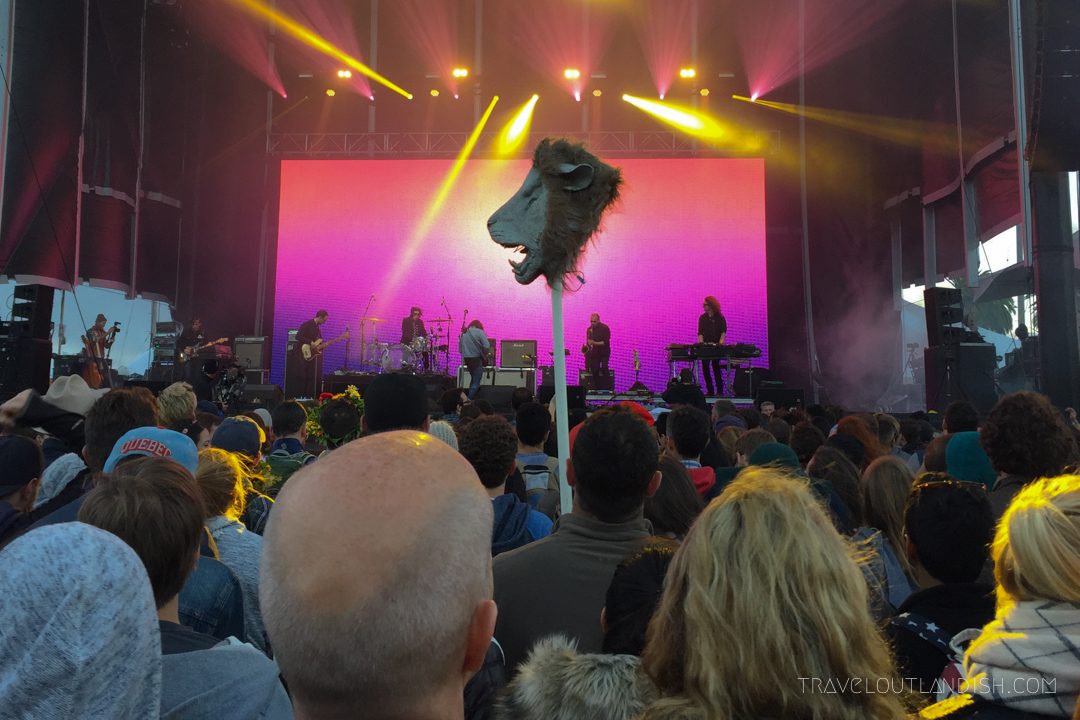 When in doubt? Check out sf.funcheap.com or Eventbrite for the endless, sometimes free, and always fun things to do in San Francisco.

Do you think we missed any of the most fun things to do in San Francisco? Let us know your favorite ways to play around the city in the comments section below!