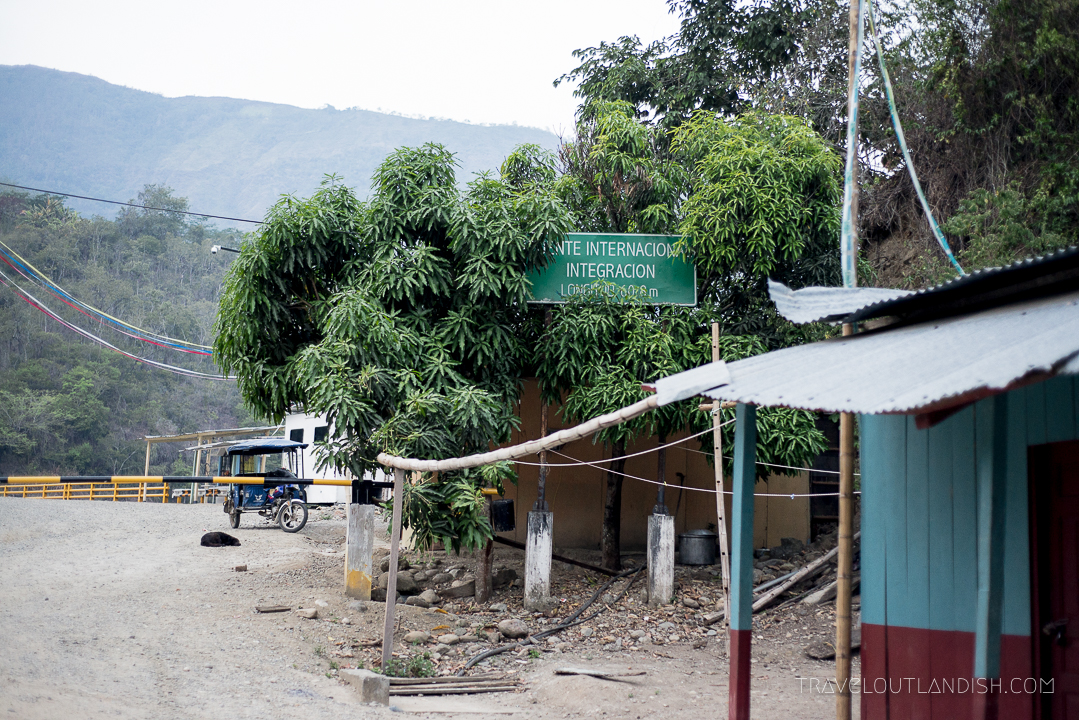 Maybe the early bird gets the worm, but in the case of the La Balsa border crossing between Ecuador and Peru, it seems the early bird gets to wait 2 hours while the Ecuador customs officer presses snooze, and 2 more hours while the power supply in Peru comes back. Yeah, you could say crossing the border at La Balsa border was a bit of a mess, but a courteous mess, at that. The border is free of touts unlike the notorious Piura border Crossing, and if it’s Chachapoyas you’re after, La Balsa is probably the best way to go! So, 10 modes of transportation and $33 later, we figured we’d share all the details of the La Balsa border crossing (2016) so that you can do it yourself. Here’s everything you need to know:

While Loja is often overlooked as a tourist destination, it’s a neat little Ecuadorian town and charming place to start your journey into Peru. At the time of writing, busses run between Loja to Zumba at 2am, 5am, 10am, 10:45am, 12:50pm, 2:00pm, 5:30pm, 9:30pm, and 12:00am. While Lonely Planet forecasted a direct route between Loja and San Ignacio, the closest thing at the moment is the 5:00am departure from Loja directly to La Balsa (Coop Sur Oriente). We tried to get ahead by starting our journey at midnight, but we arrived into Zumba hours ahead of the first public transport and long before the border opened. If you’d like to get an early start, we recommend taking the 2am departure.

Once you’ve reached the bus station in Zumba, you’ll make your way onwards to the La Balsa border. This route is serviced by twice daily rancheras that depart at 8:00am and 12:00pm. What’s a ranchera, you ask? Well, its a big open sided bus painted in neon colors that looks a bit like a decommissioned Disney shuttle. We ended up arriving at the station well before the first departure at 4:30pm and ended up hiring a taxi to take us the one hour onto La Balsa. The truck ride itself was a serious adventure, and looked snatched straight out of a Western movie.

Ain’t nothing but your own two feet for this part of the journey! La Balsa is by far one of the most lax overland border crossings we’ve ever made with nothing but a short bridge and a flimsy gate between the two sides. The border is officially open between 7:30am-8:30pm but you can expect long lunch breaks and generally flexible opening hours. You’ll need to get both 1) an Ecuador exit stamp and 2) a Peru entry stamp here.

We got to the border at 5:30am, and while the agent was sleeping inside, there was nothing we could do but wait for our exit stamp. The stamping itself took about 3 minutes, and we proceeded across the unguarded bridge on foot (3 minutes). On the Peruvian side is another office, but while it was open, a power outage prevented any actual entry. Eventually, they took pity and let us go with just a paper record of our entry. This took us a miserable 4 hours, but the border is generally uncrowded. If you come during the correct hours, you can expect crossing to take no more than 20 minutes.

** IMPORTANT NOTE: There are a few places offering currency exchange at the border. Be sure to change $40-$50 to ensure you have enough for your onward journey.**

On the Peruvian side of the border, you’ll find white shared taxis waiting for the trip to San Ignacio. It is cheap at just S/ 15 per person, but the catch is you can’t go until the car has 4+ passengers. As we were traveling during off hours, we ended up waiting 30 minutes until another lady showed up and paying the S/ 15 premium to head out early.

Have your driver drop you at the small station where combis to Jaen depart. Peruvian combis are where the real fun starts. Combis are 14 person minivans that locals use to get themselves and whatever the hell they’re carrying from one city to another. You’ll have to wait until the combi is full to depart towards Jaen, but it’s a common route and you shouldn’t have to wait long! If you get into San Ignacio later in the day, it’s one of the better spots to sleep before beginning your journey.

Unless your driver is feeling particularly altruistic, you’ll get dropped off at the central station in Jaen. The town looks oddly Indian with tiny little motorcycle rickshaws providing most of the transport. From the station, we hopped on a quick 5 minute moto ride to the street where collectivos to Bagua Grande depart. From there, it didn’t take long for our collectivo to fill and we were on the way.

For the very last leg of the trip, you’ll wait in a garage in Bagua Grande for the collectivo to fill. We got in around lunch time when departures were few and far between, but you can expect them to depart every 1-2 hours. You’ll get crowded in alongside everyone’s cargo and go up and up and up until you get to Chachapoyas.
Once you get to Chachapoyas, you’ll can enjoy a well earned sleep, and plenty of food and drink after your long adventure.

Was this helpful? Pin it for other travelers to reference! 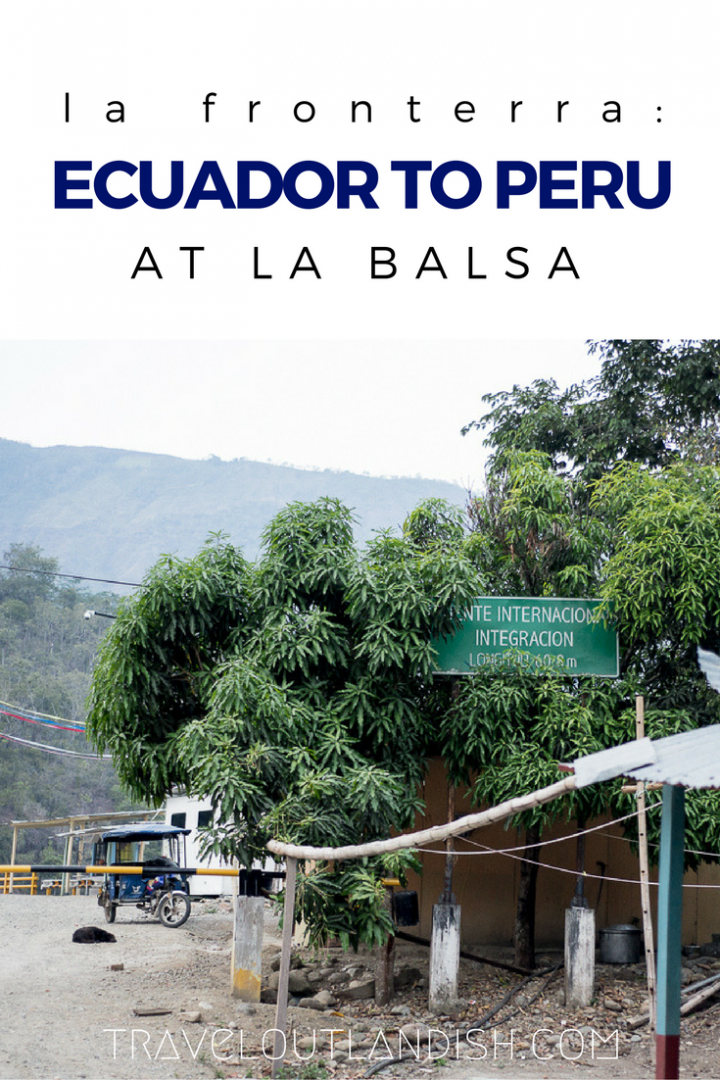 We made this trip in 2016. Please let us know if you have any questions for navigating the border crossing from Ecuador to Peru at La Balsa!