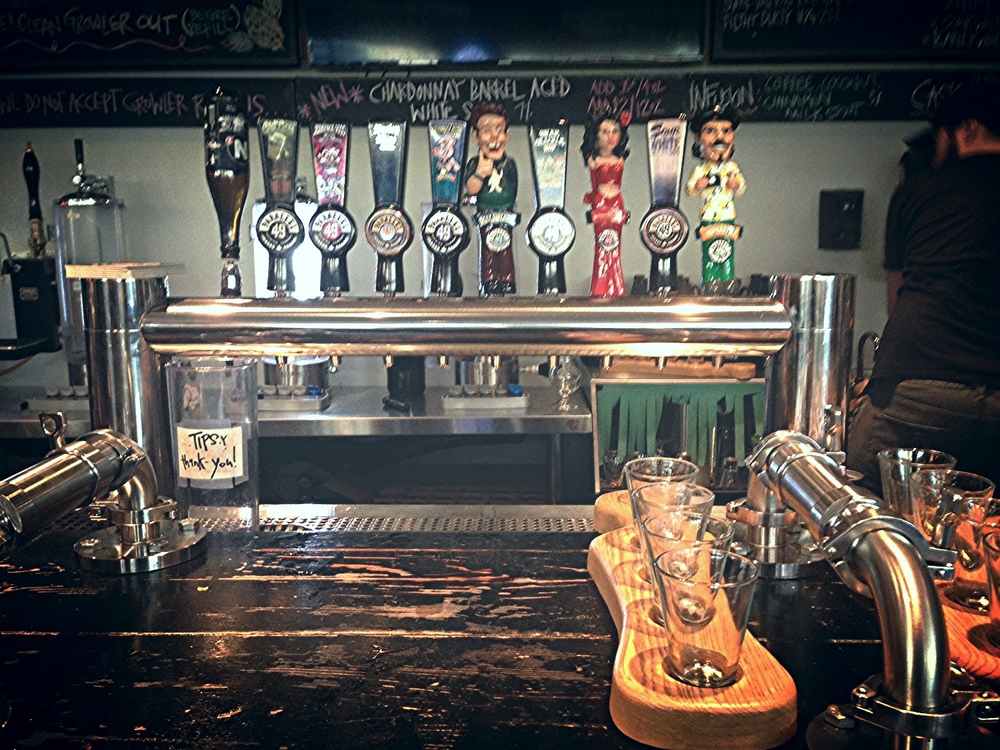 Where in the World is Vancouver?

Vancouver is a coastal city in Western Canada. Famed for it’s proximity to the ski slopes of Whistler, its picturesque waterfront, and its abundance of sprawling lakes and hiking trails, Vancouver is a nature-lovers paradise. For those that prefer a more urban experience, there’s no shortage of culinary hotspots, fascinating neighborhoods, and shopping districts to explore. Easy to access and tons to do… so, what are you waiting for?

When should I go beer tasting in Vancouver?

This answer depends on how you feel about snow. If you’d like to experience the best of the ski season and don’t mind bundling up, visit during winter months and experience the city in full chill. If you’d prefer the city in bloom or the lightly chilled autumn, March-May and September-November are considered the loveliest and least crowded times to visit.

The people you’ll meet at breweries in Vancouver:

Vancouver may just be the least pretentious of North America’s hip cities. You’ll meet smiling bartenders in bifocals and mom jeans and men sporting more facial hair than your average moose. If you don’t wear sleeveless shirts to show off your sleeves, you’ll fade into the mountainscape of Vancouver.

How crafty are we talking?

While Vancouver’s beer scene is still trying to catch up with the brewers of Boulder and Portland, the movement is visibly on the rise. There are lots of experimental brews coming out of Van’s East Hastings hood, and what brewers lack in refined ales, they make up for in unbeatable originality. Like a Warhol middle school art project, what Vancouver lacks in years of experience, it makes up for in creativity and raw talent. That will be 8/10 stars for ya.

To get a sense of Vancouver’s beer scene, I tagged along with my friend Mark, a Commercial Drive resident, home brew master, and lover of a well-made sour.

Our first stop was at the famed Parallel 49, located at 1950 Triumph Street. The bar operates a rotating tap with about 10 beers on draught at a time, with drink cases of bottled beers to take home lining the walls. Inconspicuously located, there was plenty of space to sit and it took little more than 19 seconds to place an order. Tasters run for a ridiculously cheap $1, and we wound up with a flight of four. We went for their always-on-tap Gypsy Tears Red Ale, and Hopperazi Lager, accompanied by a citrusy seasonal ale called Jerkface 9000, and a chardonnay barrel aged white sour. If you fall in love, a growler will run you about $10.

Next up was Storm Brewing at 310 Commercial Avenue, a spot that appears to be more of a popular and well-loved alley from the outside. A massive mural covers the wall, so it’s only at the corner that you’ll find your doorway into the brewery’s industrious insides. Bottles and barrels line the walls with ingredients and equipment speckling the space. Don’t let the decor fool you, as most real creatives work in a disorderly workshop.

We stepped up to the small counter and ordered 4 of the most unusual blends I’ve ever embibed. We tasted their pineapple-laced sex on the beach wheat, an herbacious Juniper IPA, a sugary black forest cake ale, and the sourest of sours. The brewer starts out by making base batches, and then mixing the ales and lagers with homemade infusions, juices, and extracts. Gone are the days of “notes” and “hints”, because at Storm, the beer actually tastes as it’s named. Their simple lagers and ales were quite good, and while some of the flavors were more fun to sample than for regular consumption, the novelty of their flavored beers shouldn’t be missed. The place is donation based, but expect to donate about $1 CAD per sample.

While our tour got cut a bit short, other breweries not to miss on a Vancouver brewery tour are Powell Street Brewing, 33 Acres, and Dockside Brewing.

How do i get there?

The best way to reach Vancouver is through Vancouver International Airport (YVR). The city is easily accessible by Skytrain, and many of Vancouver’s best breweries can be experienced on public transport. If you’ve got more than a couple of breweries on the schedule, rent a bicycle to commute the city safer.

Spot any beers that pique your interest? Tell us about the most unusual beer you’ve ever sampled in the comments section below.