What is Chilean Cuisine, Anyway? | Chile 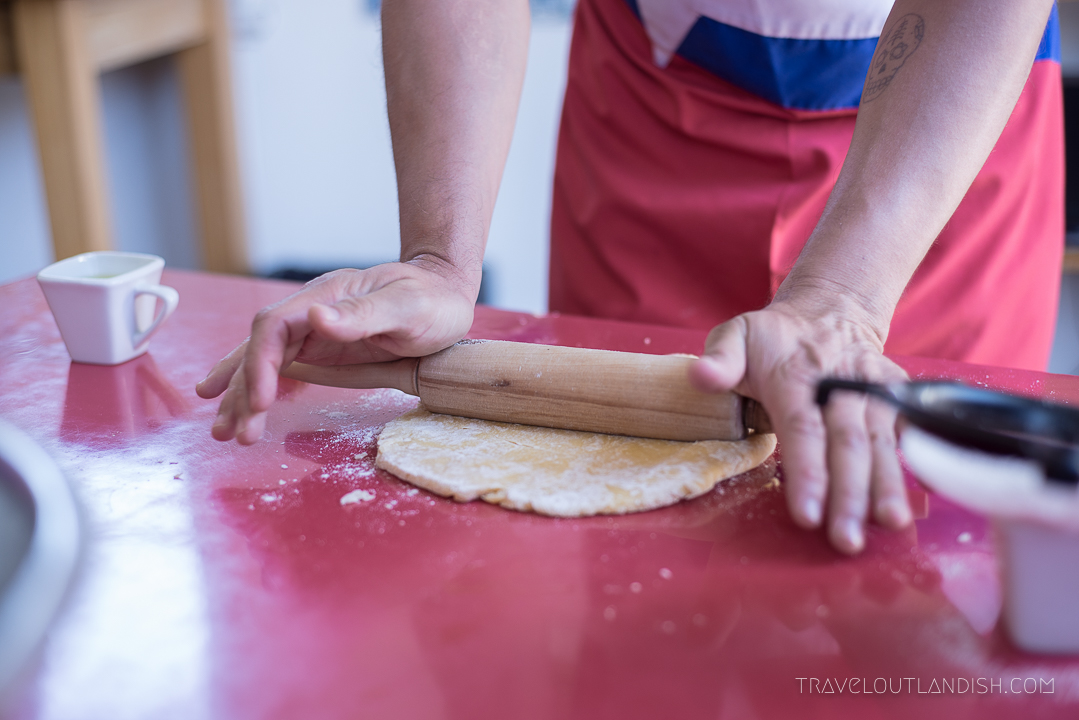 This post is in partnership with Chilean Cuisine. We received a complimentary cooking class in exchange for our honest review, but all opinions are our own!

Even after a month in Chile, Chilean cuisine remained a big mystery to us. More familiar Peruvian dishes were erased from chalkboard menus and replaced with unknown items: Cazuela. Machas a la parmesana. Valdiviano. We were both priced and intimidated out of ordering any real range of Chilean food, instead subsisting on a diet of empanadas, ice cream, and fully loaded hotdogs. So what is Chilean cuisine anyway?

It’s managed to dodge much international recognition. Perhaps it’s a comfort cuisine best appreciated by those that also have the accompanying memories, but there are some real standouts. You see, Chile is a very long country with ingredients hailing from all climates, heritages, and lifestyles. The best of it mixes outside influence with local ingredients to create dishes that are uniquely Chilean.

In order to explore what Chilean food was all about, we joined up with Chilean Cuisine in Valparaiso for a cooking class.

Want to book your own cooking class experience in Valparaiso? More details on Chilean Cuisine and their cooking classes at the end of this post!

Mom always told you never to go to the grocery store hungry, but your cooking class still starts with ingredients run to the local market. The fish market in Valparaiso is particularly fascinating with the day’s catch spread out and a few no-nonsense guys that make scaling fish look like child’s play. From there, you’ll head down the street to shop enormous pumpkins and oddly colored fruits in the vegetable market. You’ll also have a chance to sample briny olives and see some carnage at the meat counter. 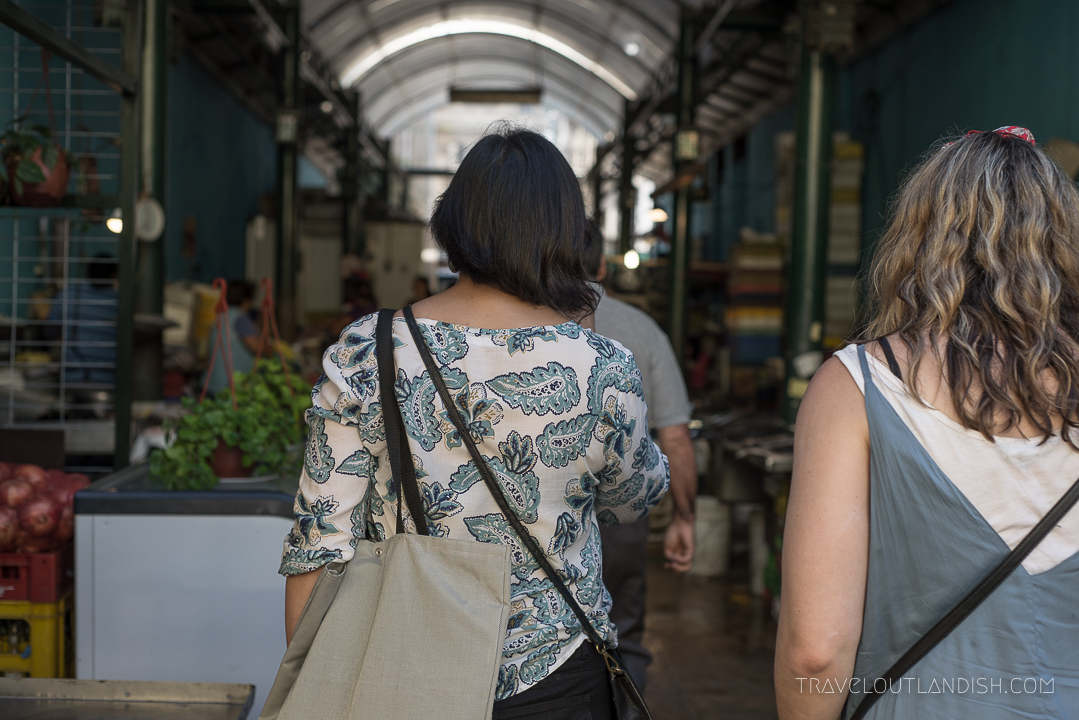 The Chilean Cuisine kitchen is located in Cerro Concepcion. The neighborhood is absolutely cool, surrounded by street art and some of Valparaiso’s best restaurants. The kitchen itself is airy with street facing windows and high ceilings. Inside, you’ll find red tables with matching bar stools, along with lively market scenes painted on the walls. 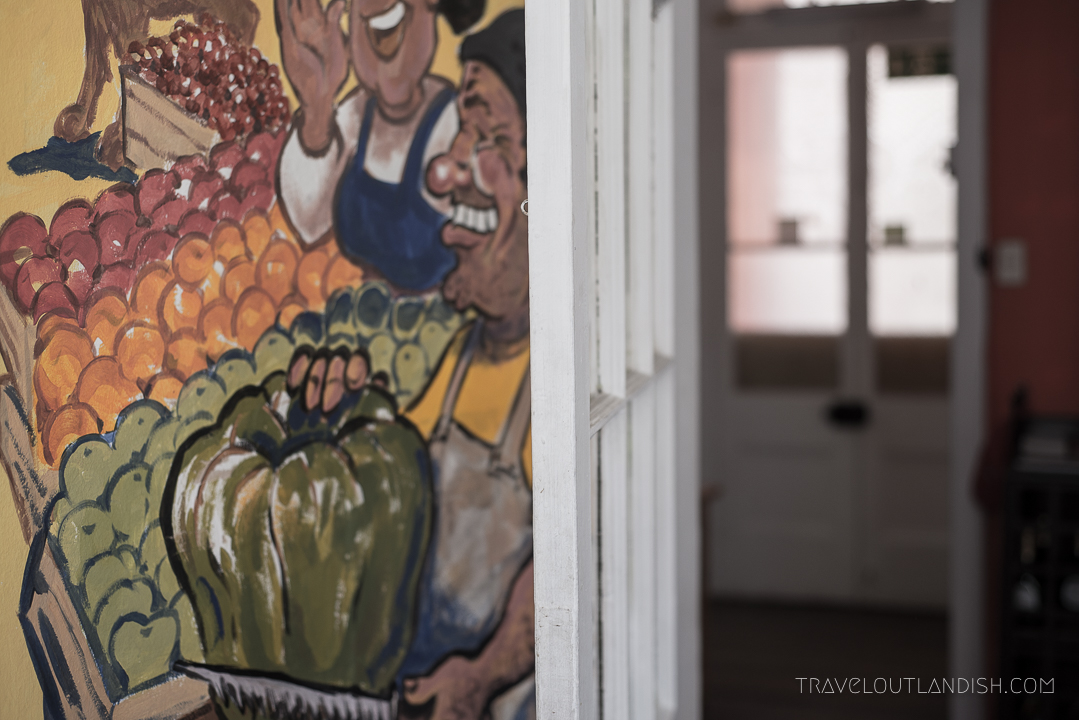 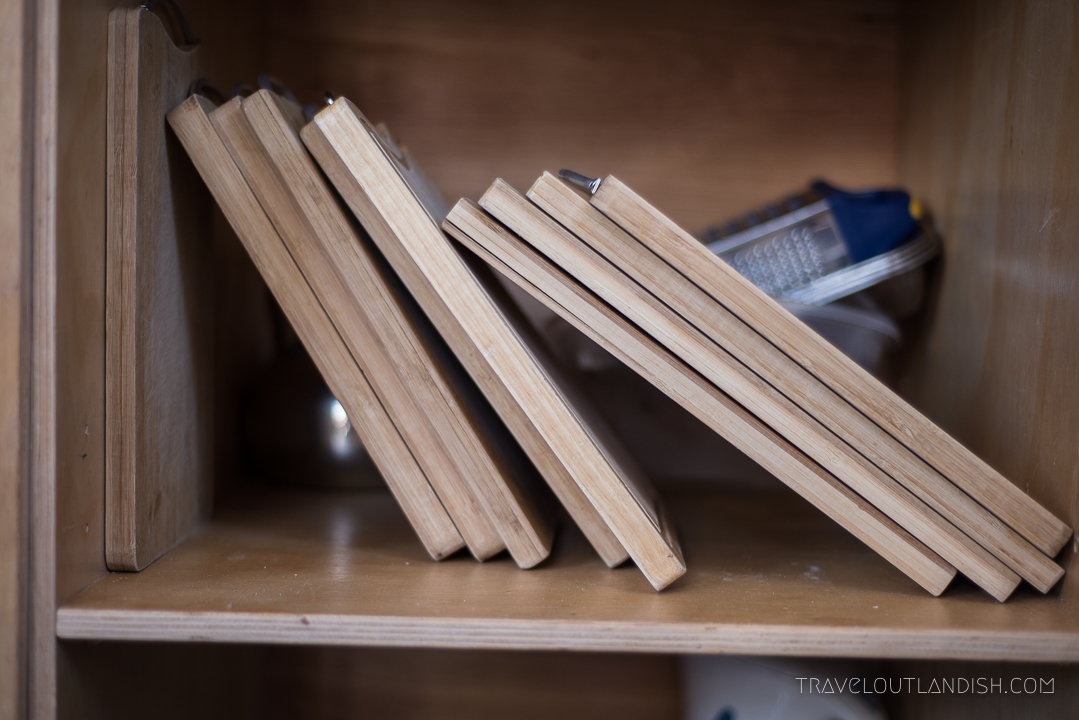 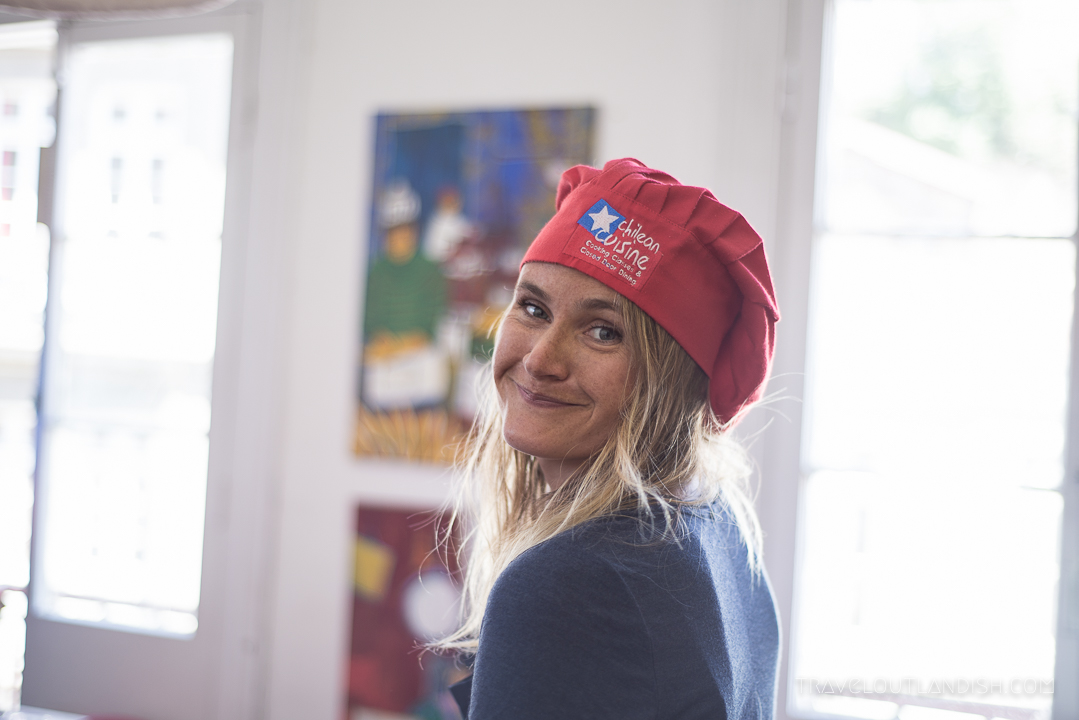 The Menu (+ an empanada recipe!)

Rather than making your group argue, every cooking class includes pebre, empanadas, and pisco sours. From there, you’ll get to choose an entreé, amain course, and a dessert. Our group landed on the following menu:

Pebre: Pebre is Chile’s take on pico de gallo with diced tomatoes, onion, cilantro, aji, and a heap of other spices that gives pebre its distinctive flavor. It’s a Chilean staple and one of the only spicy foods you’ll find in Chilean cuisine! 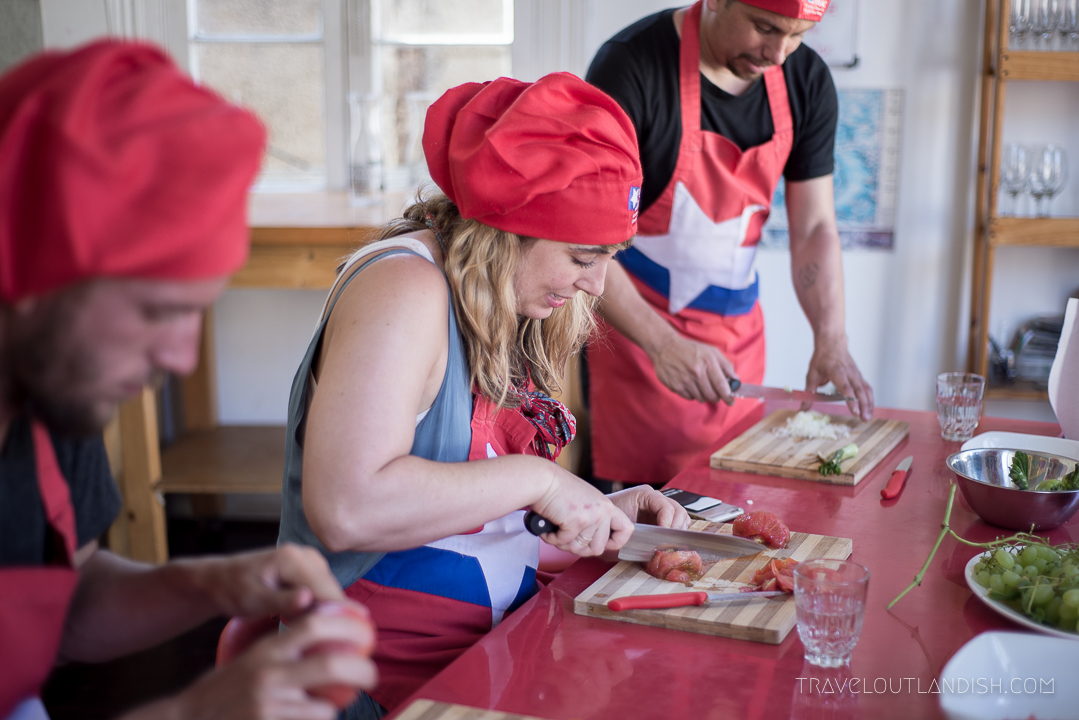 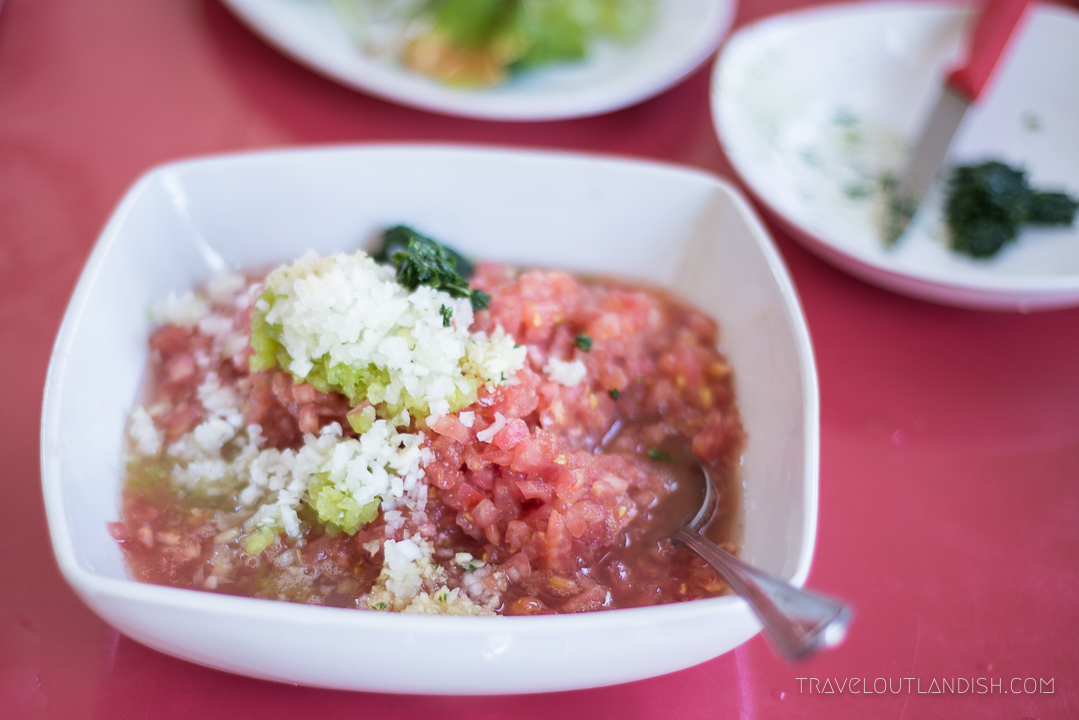 Pisco Sours:  Chilean pisco sours aren’t so different from the Peruvian ones, though Chileans will argue they produce way better pisco. Of course, the only way to solve this debate once and for all is to drink tons of pisco sours. Good thing they’re easy to make! All you’ll need is pisco, lime, sugar, ice, and egg whites.

Ceviche: Chilean ceviche is surprisingly different from the Peruvian version. All of the ingredients are minced rather than cubed, and the ceviche is meant to sit in the lime juice rather than being served instantly. 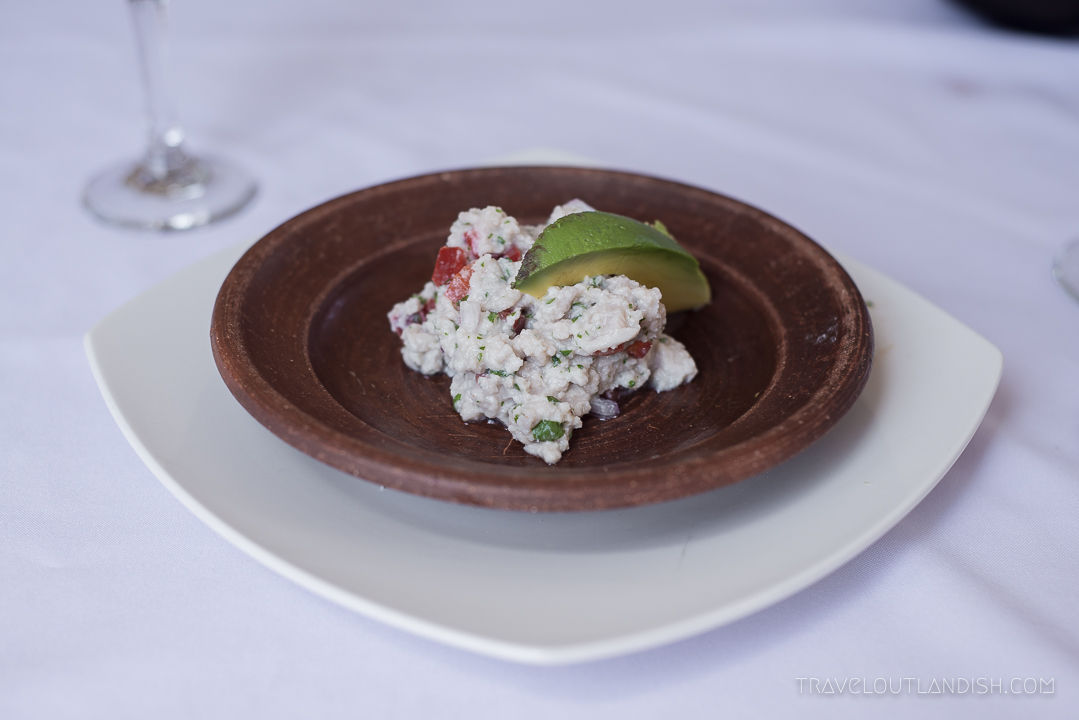 Want to try out empanadas at home? Check out the empanadas de pino recipe from Chilean Cuisine!

Preparation:
1. Sauté the onion, garlic in oil until translucent, add the ground beef for 5 minutes. Season with cumin, sweet paprika, salt and black pepper and cook well. After 8 minutes when the mixture is ready add flour and water if needed. This allows for a good consistency. Remove from heat and let cool.
2. Make a mound of flour. In the center making a crater and 1 egg yolk, 2 Tbs olive oil, and white wine with the salt or slowly add the warm milk. Mix all ingredients.
3. Knead well. Divide the dough into small balls and roll out on a floured surface.
4. Cut the dough in 4 circles. Roll them into 1/4 inch thick each. In the center of each round, place 2 tsp of meat, 1 raisin, 1 piece of hard-boiled egg, 1 piece of olive. Moisten the edges with warm water and fold the pastry to make a half circle and press together firmly.
5. Brush the empanadas with 1 egg yolk and bake in a pre-heated medium-temperature oven for 15 minutes until golden browned. 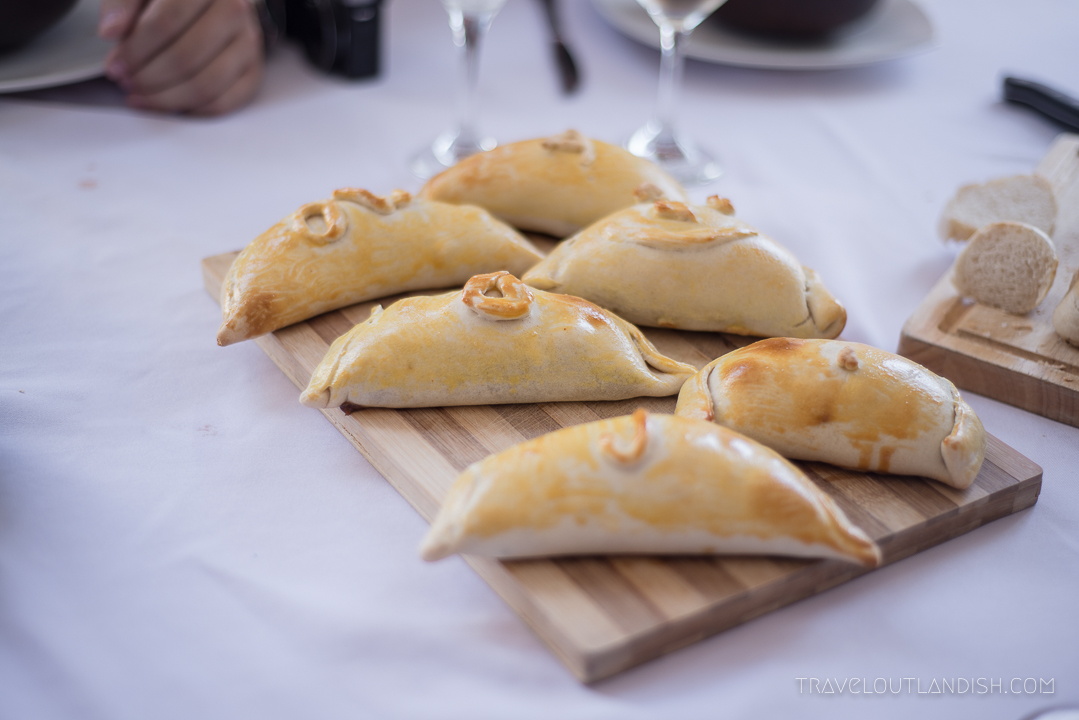 Charquican: Charquican is a stew from Southern Chile. The star ingredient is ch’arki (dried, salted horse meat), and our group was too curious not to try it. For lack of horse, we went for ground beef. The stew is thickened by cooked pumpkin and is the definition of comfort food. 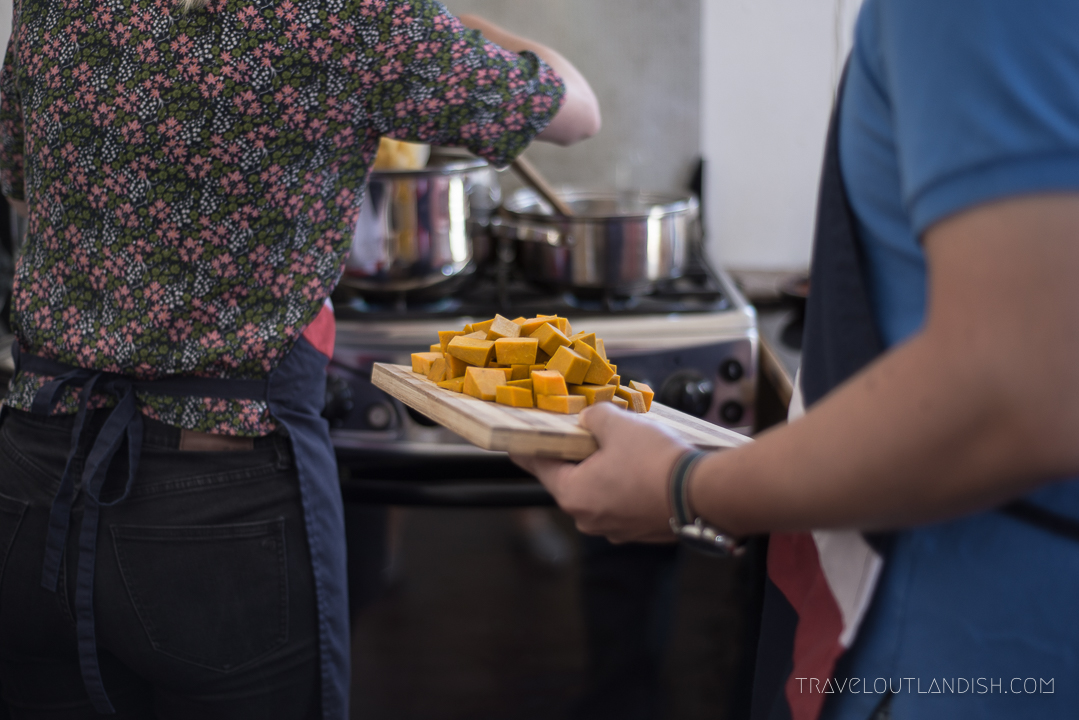 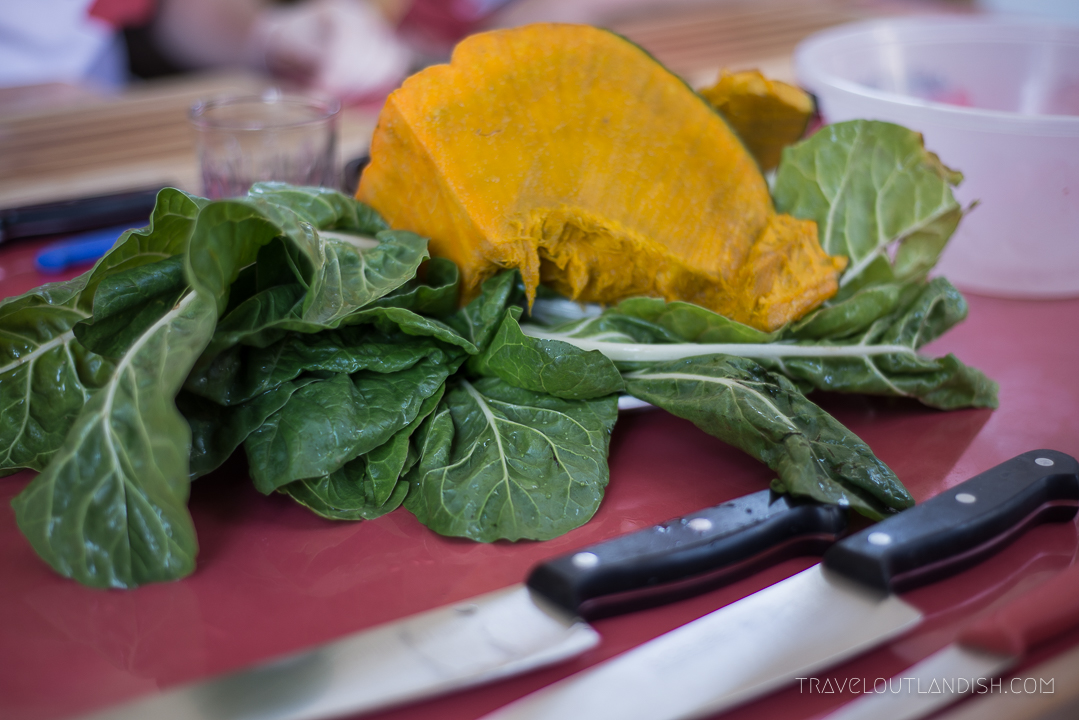 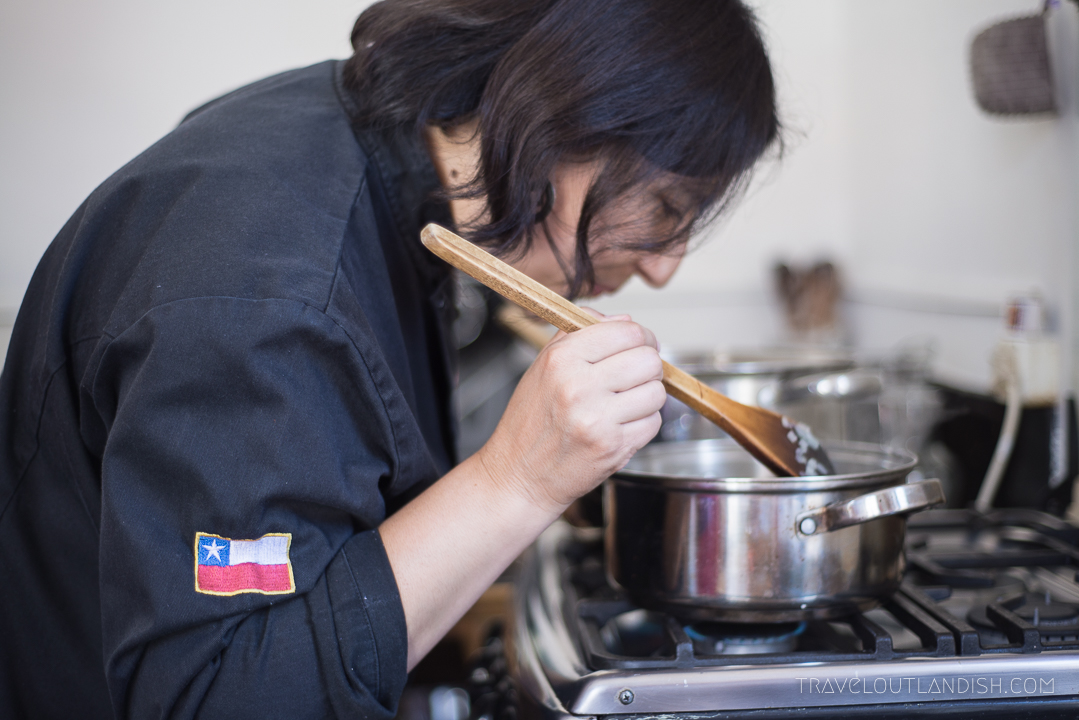 Alfajores: You’ll find alfajores in much of Central and South America, but Chilean alfajores are a little cookie best identified by their simple cookie, dulce de leche filling, and light dusting of powdered sugar on top. 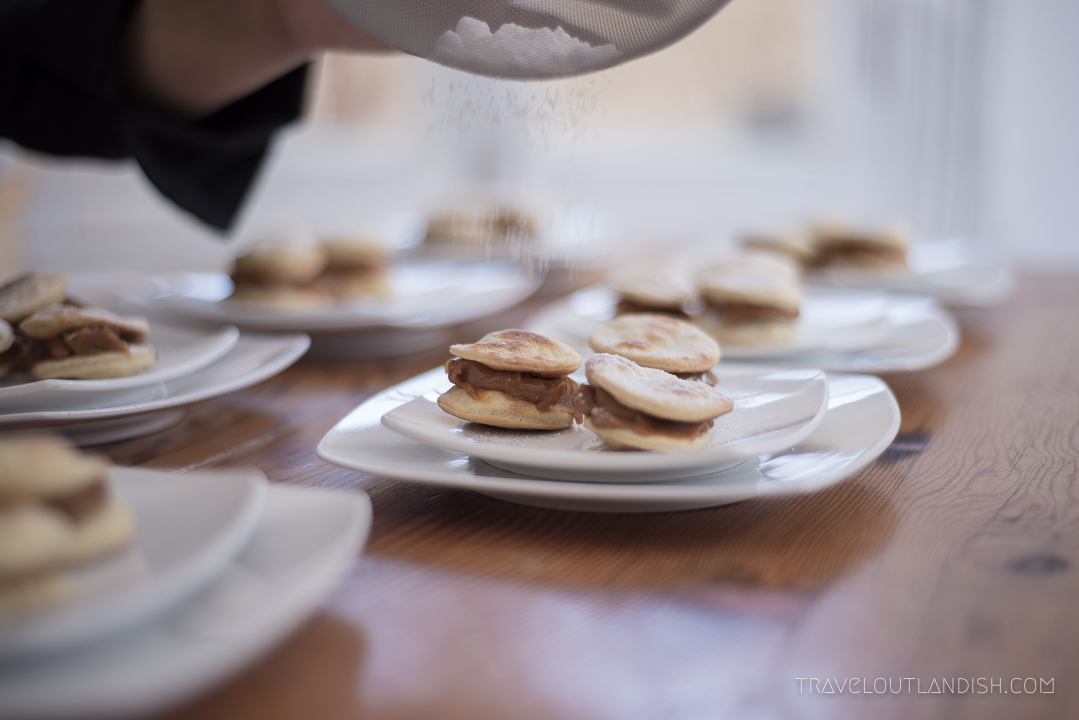 Chilean Cuisine offers hands-on cooking classes in Valparaiso that emphasize simple Chilean recipes that are easy to recreate at home.

Their classes have a casual feel – they feel a bit like cooking at home with your favorite aunt. The lead chef will delegate tasks, and let the group estimate ingredient quantities based on taste. By some collaborative miracle, the dishes come together beautifully!

All of the menus at Chilean Cuisine feature pisco sours, pebre, and empanadas, but at the start of the class, you’ll also choose an entreé, main course, and dessert. You’ll head to market to shop your menu before returning to the Chilean Cuisine kitchen to cook. The classes cost $40.000 pesos ($60) and will take about 5 hours.

Other Details: The classes cost $60 and are offered daily at 10am and Monday-Saturday at 3:30pm. 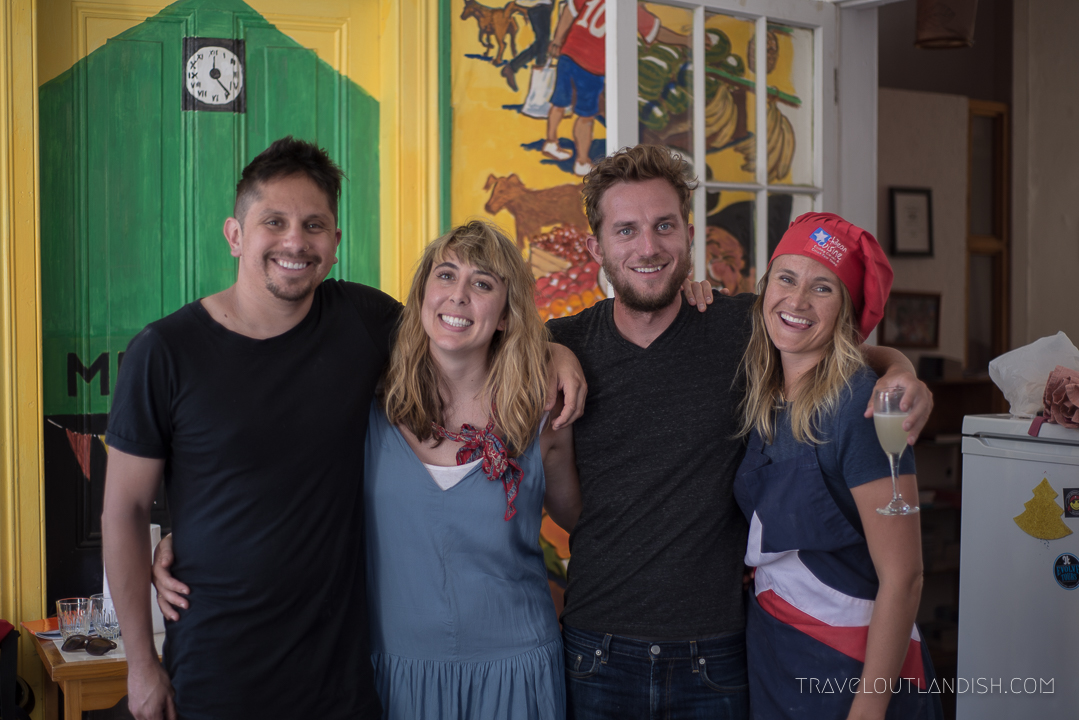 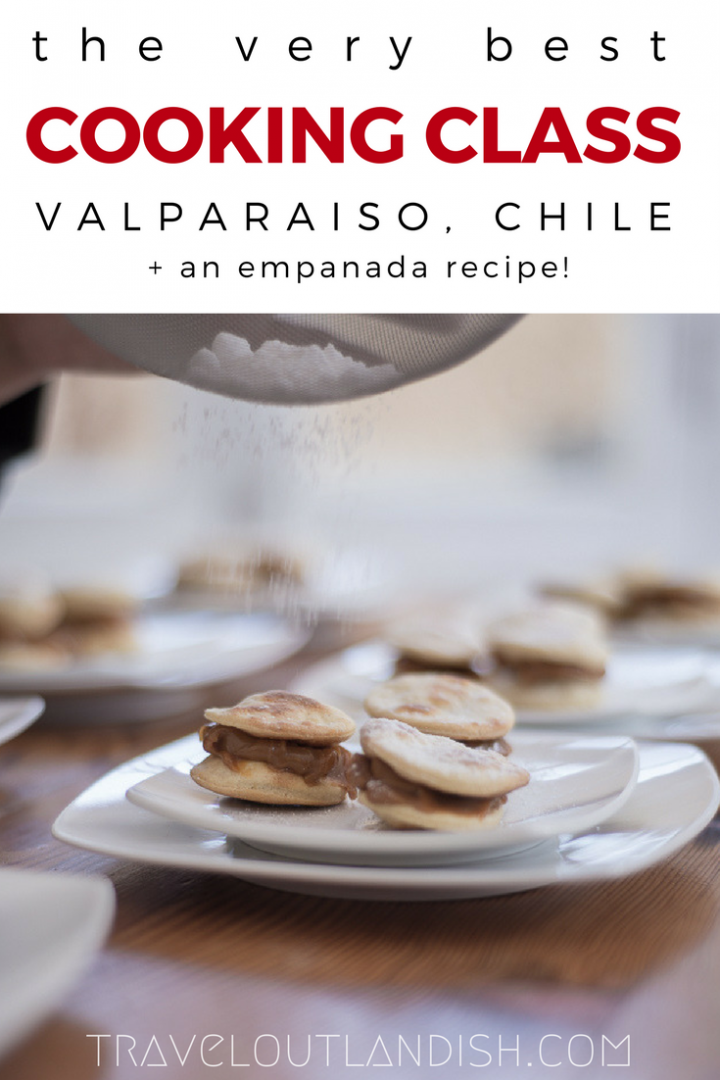 Have you ever taken a cooking class while traveling? Where was it? And if you’re traveling in Chile…