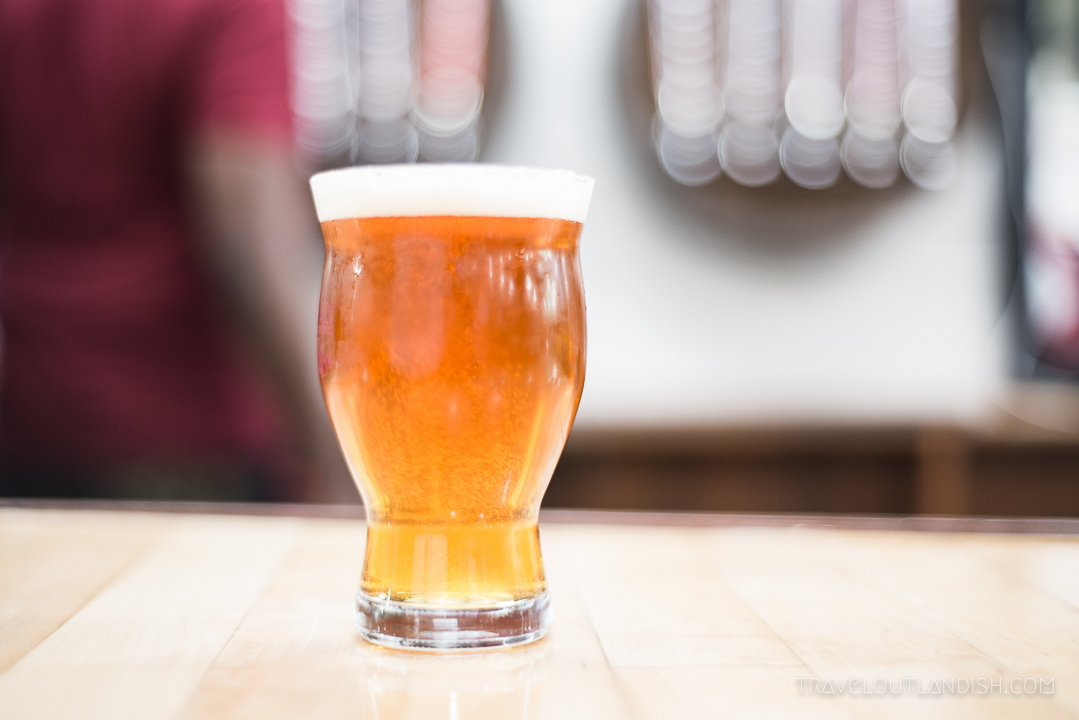 The West Coast brews beer snobs. Anyone who has ever passed through San Francisco, Portland, Denver, or Vancouver swears they’re dwelling in one of the world’s best beer cities, and why wouldn’t they? These cities practically spit out triple hopped IPAs, Trappist ales, and barrel-aged whatevers. After living in two of these cities and loving all four, I’m afraid I’ve become obnoxious about my beer too. I had was pleasantly surprised by how awesome Alabama was, and the craft beer scene and breweries in Huntsville definitely didn’t disappoint.

The Best Beer in Huntsville

Tucked behind a high school gymnasium, Straight to Ale is what drinking in high school could have been if your friend’s older brother had better taste in beer. Straight to Ale is part of Campus 805 and located near some of the best restaurants and bars in Huntsville. If you’re looking for an easy night of barhopping, this could very well be your place. 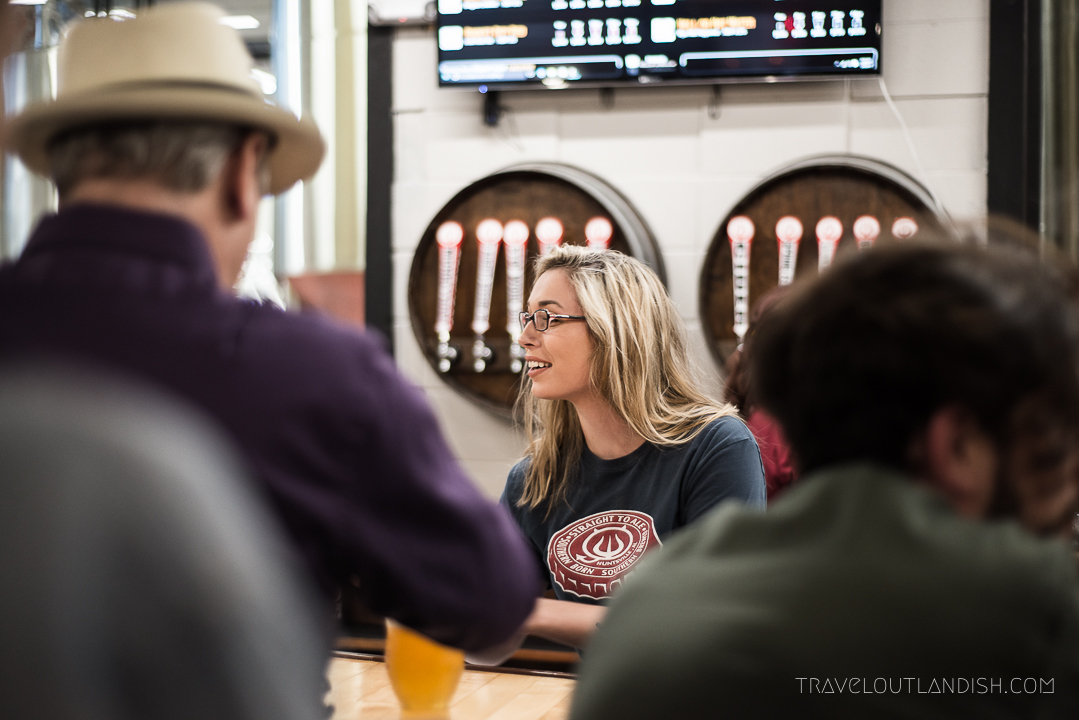 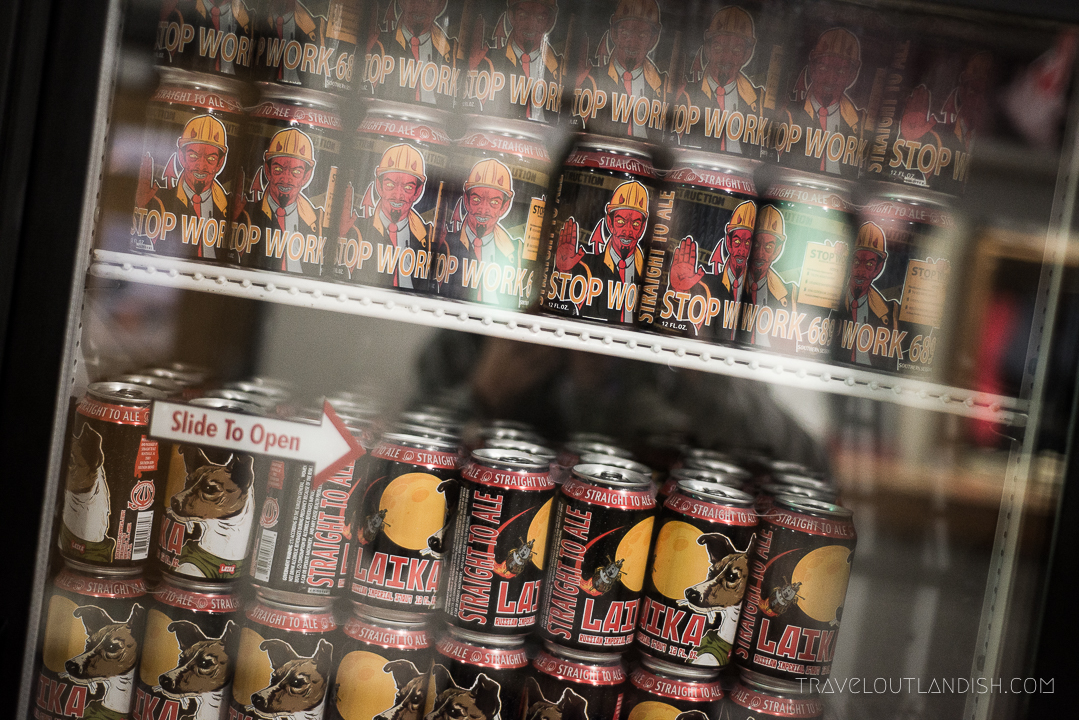 The Review: Monkeynaut IPA is a mix of malty and piney flavors, but it drinks surprisingly sweet for an IPA. The real truth is that I’m a sucker for a beautiful can. The beer is great too, but the colorfully sketched rhesus monkey in a spacesuit is what makes this beer worth a try.

Old Town Beer Exchange (OTBX) is a wine shop and taproom in downtown Huntsville. Their draft list is extensive with elusive beers from Alabama and other Southern states, and their digital display broadcasts how many pours are left in each keg. With limited bar seating and knowledgable bartenders, the vibe is just right for a more serious beer drinker to dip their toes in the Huntsville beer scene. 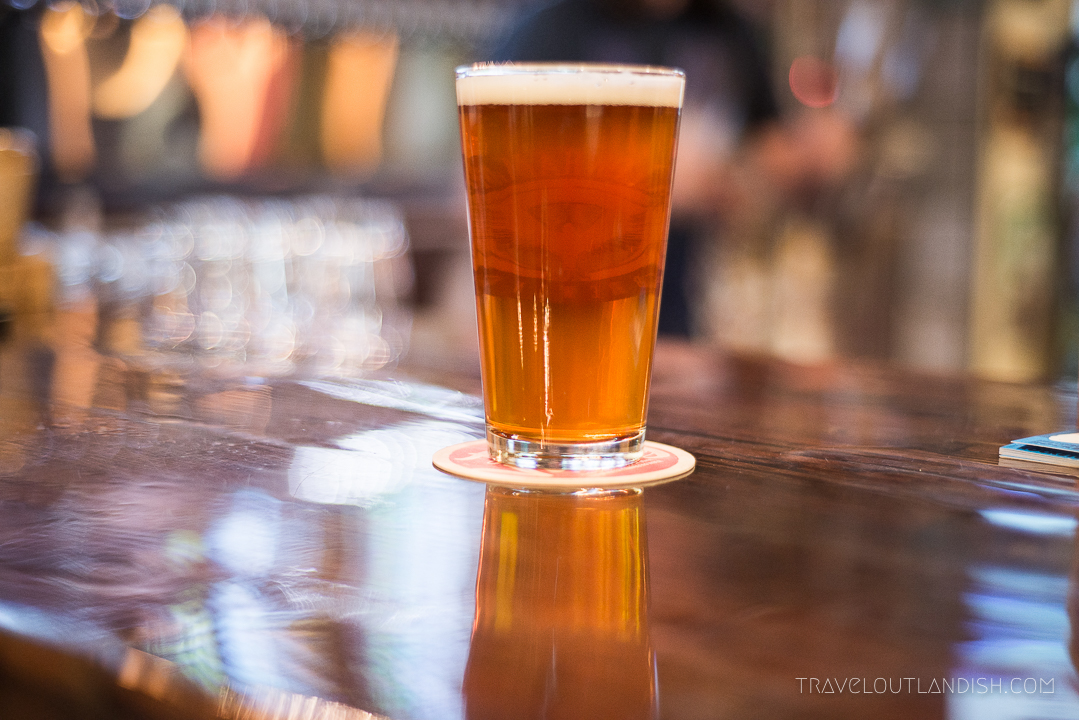 The Review: The draft list is constantly evolving at OTBE, but the list is exceptionally curated. Get a recommendation from the bartender, or order whatever strikes your fancy from a neighboring Southern state.

Salty Nut is an inviting microbrewery with a friendly indoor area and a cozy backyard. The ambiance is far from flashy, so Salty Nut lets their beer be the real star. I didn’t have time to make it to this brewery, but locals swear by it.

The Review: The Imperial Moustache Red has the deep red coloring you really hope for when you go for a red ale. What starts out as a roasted flavor evolves into an unexpected hoppy finish.

Yellowhammer Brewing is a brewery and taproom, recently relocated to Campus 805. They make their own beer and share a location with Earth and Stone – a woodfire pizza place. The casual atmosphere makes it a low commitment spot for a first date if you don’t have time to eat beforehand. Their Southern-inspired beers bear names like Miracle Worker, Hop Revival, and the Lickskillet Porter. 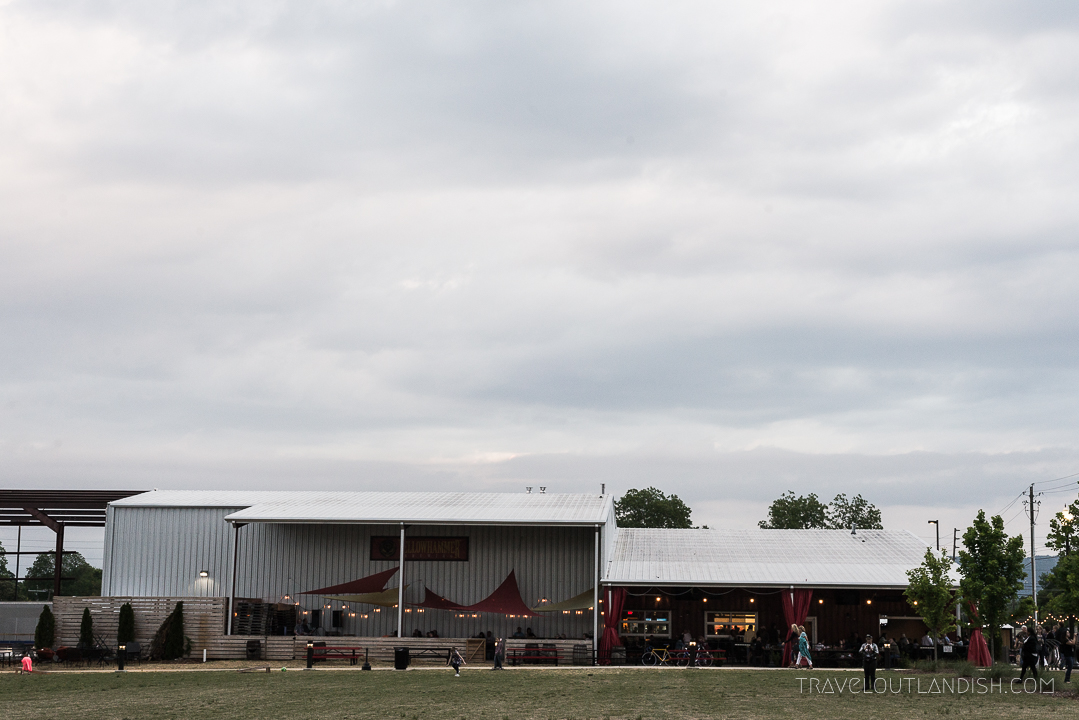 The Review: The honey-colored tripel brings in complex fruity and dark flavors with the occasional floral note. It’s easy to drink, but just you wait until that 9%ABV to sneaks up on you.

Green Bus Brewing is an unpretentious brewery with lots of light and plenty of space to spread out. You can have your beer served in a purple plastic cup so you can wander the entertainment district, but stick around Green Bus for the  social atmosphere. You might feel like you’re hanging at a house party rather than a crowded bar, anyway. 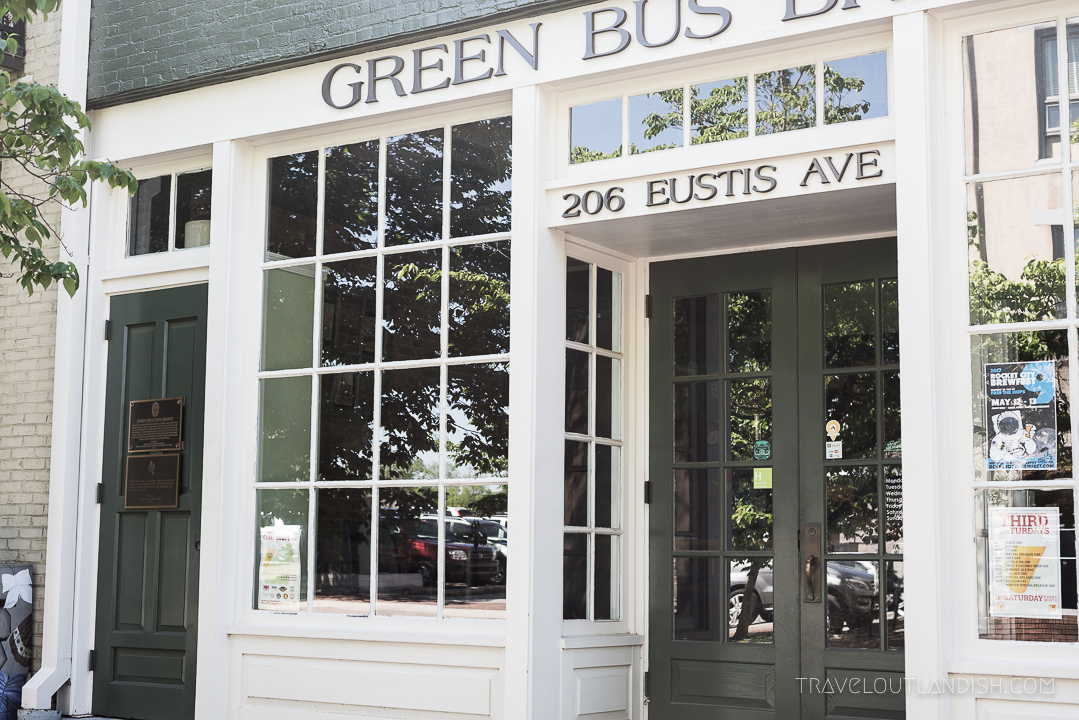 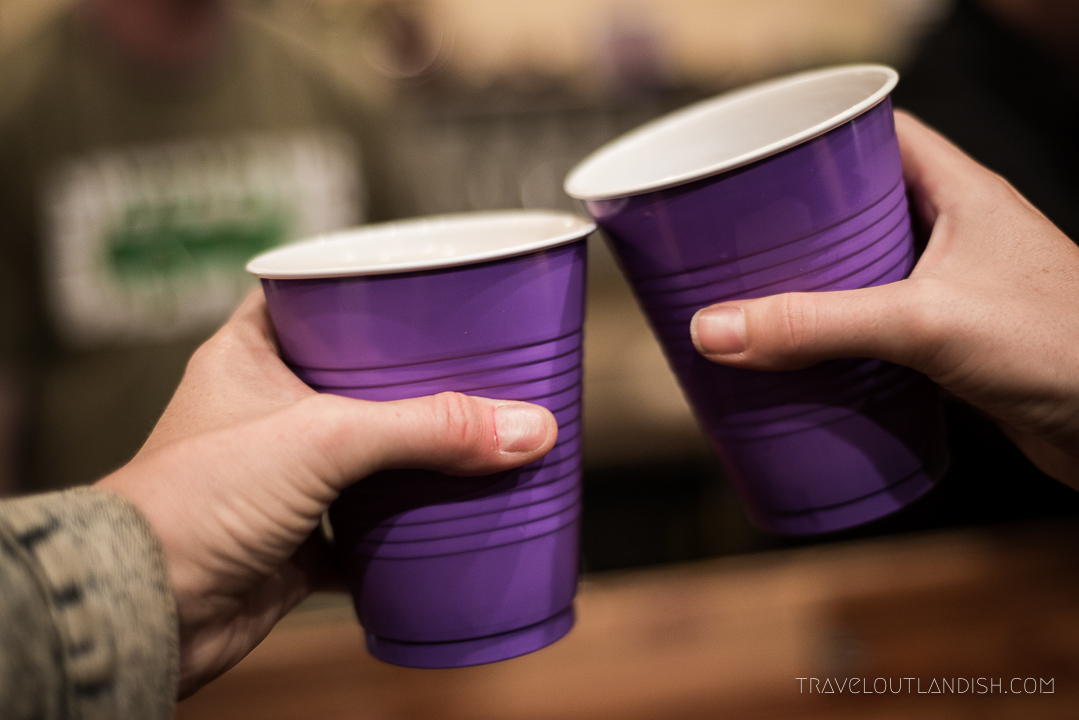 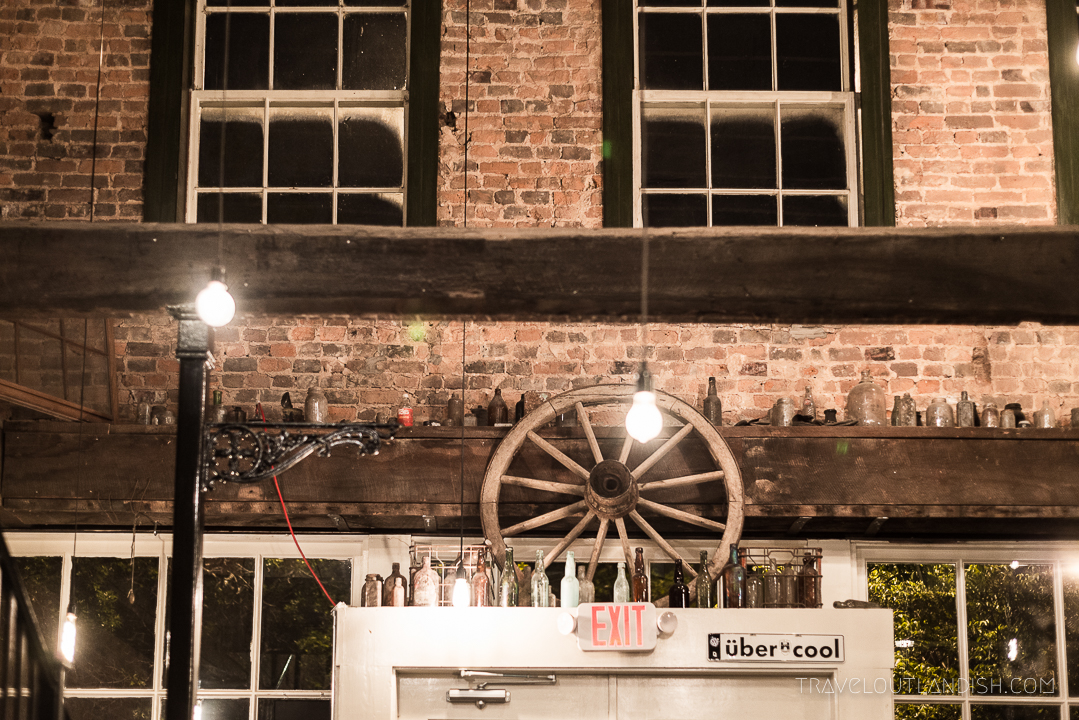 Review: It wasn’t our favorite beer in Huntsville, but Camper Van Blonde did offer a light little reprieve from the heavy hops gauntlet.

Who needs decor when you’ve got a solid collection of 80’s arcade games? The beer menu at Pints & Pixels features a mix of super local and domestic beers, so grab something new and settle in for a few rounds of Paperboy.

The Review: Straight out of Birmingham, Good People’s Coffee Oatmeal Stout is kind of a local staple. Into cold brew? This coffee oatmeal stout is absolutely for you.

** Looking for a local opinion? Stephen of Huntsville recommends “Candy Bar Pinstripe Stout from Blue Pants Brewery or the AstroNut Brown from Rocket Republic. Both of these breweries are located in Madison (which is less than 20 miles from Pints & Pixels) and have awesome tap rooms in their own right.”

Heading to Alabama? Don’t forget to check out our other posts: 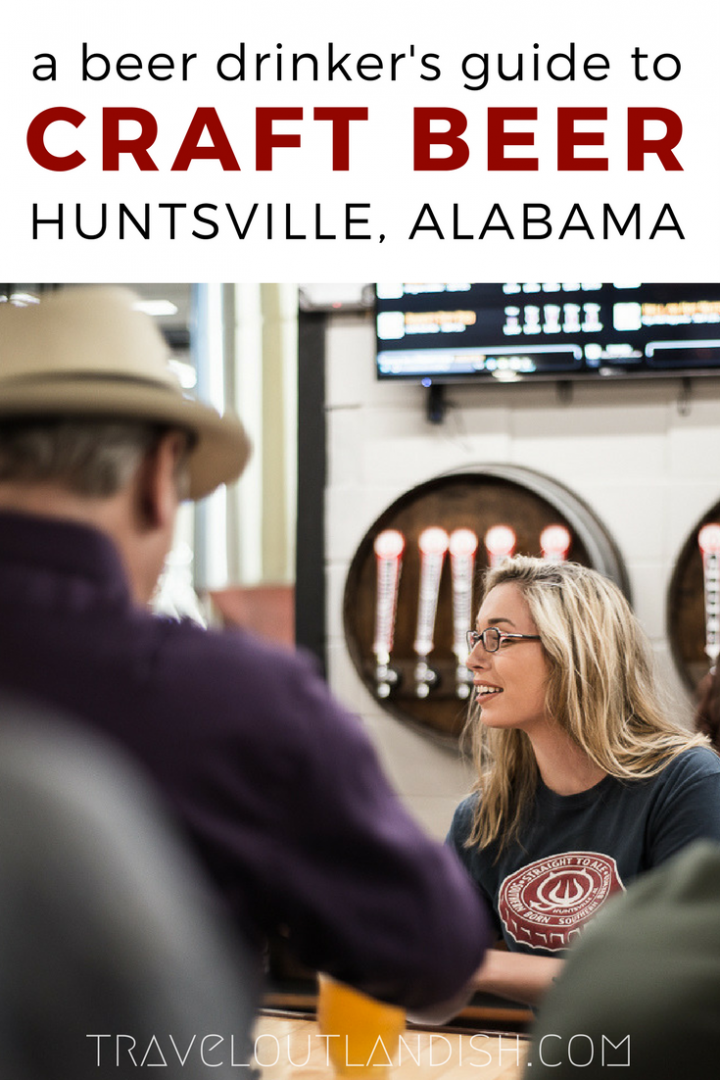 What were your favorite breweries in Hunstville? And if you’re traveling in Alabama…