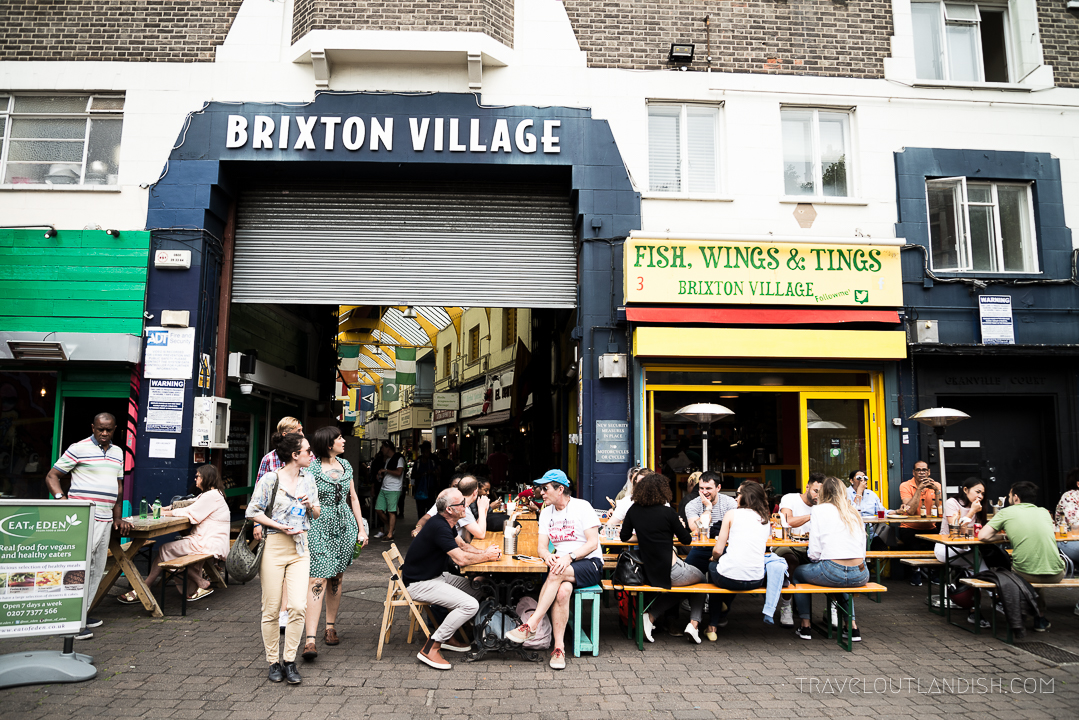 As the Real World once said, “You think you know, but you have no idea.” Wisdom, huh? But that dumb tagline kind of perfectly describes London. The first time you see it, the skies will likely be grim. Big Ben always seems to be under construction and the Queen will probably be away on holiday. If you’re on your first Eurotrip, it’s easy to skip right over London in favor of European cities. You’ll leave feeling like you’ve conquered all the unique things to do in London, like you know the city, but actually? You have no idea.

I had my reunion with London after 9 years away. I quickly realized I had oversimplified the city on my first trip through it. Perhaps first impressions aren’t London’s strong suit. But if you’re patient, you might be perfectly capable of a slow-burning love with London, too. Like any big city, the neighborhoods in London evolve as quickly as you can travel through them. The once quiet outskirts are now changing into pop up bars and startup spaces. The city that always sounded cool because of its icons and history is actually quite cool in modern times with ball pit bars, music festivals, and sprawling parks readied for picnicking.

Ya ready? Here are 101 weird and unique things to do in London that will help you make the most of it.

101 Weird + Unique Things to do in London

1. Explore art through the centuries at The National Gallery 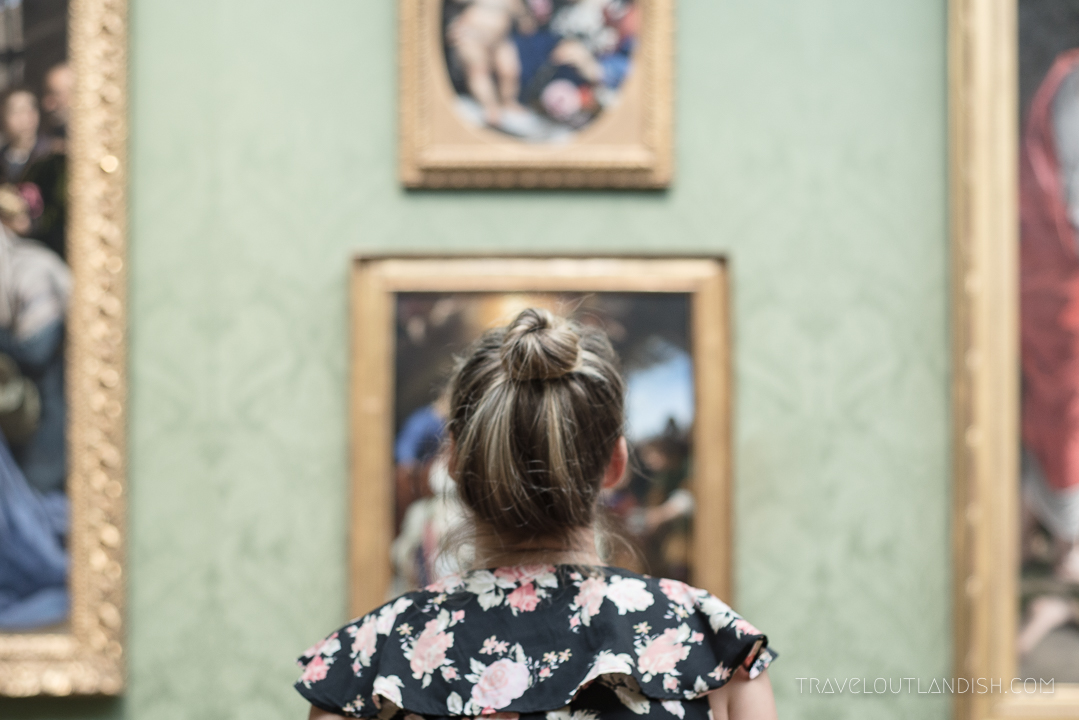 2. Freudian slip your way into The Freud Museum to take a look at his famed couch

4. Head to Hamstead Heath for a (swimsuit optional) summertime swim

5. Join in on a run of the city with the squad at Run Dem Crew 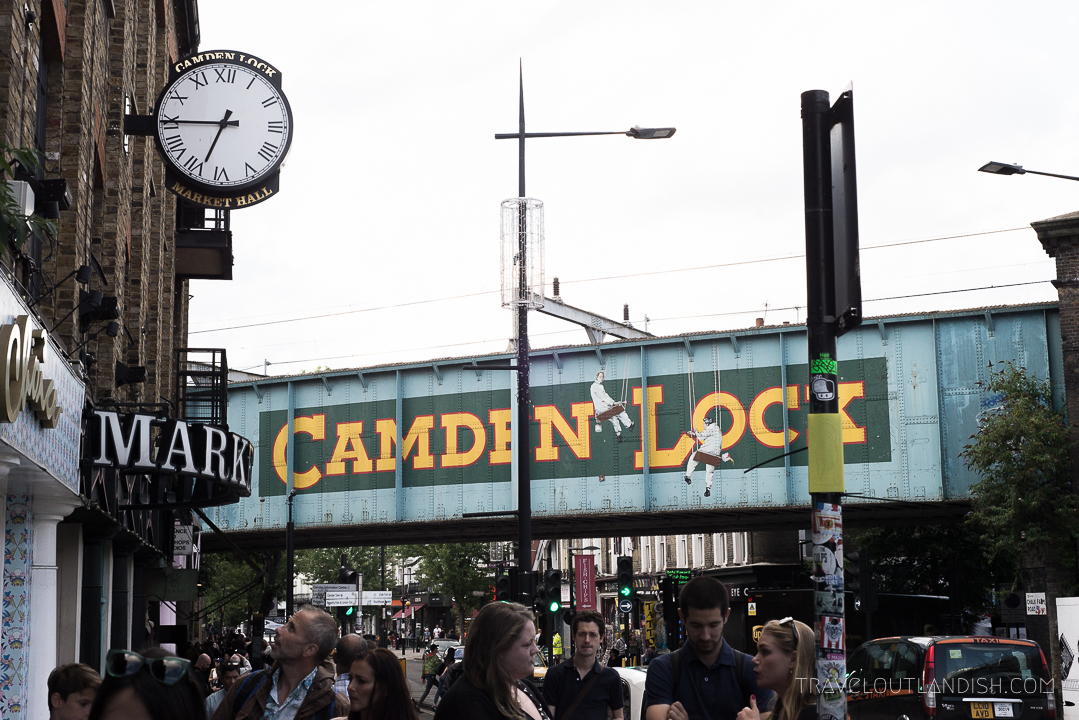 9. Browse vintage finds in the basement of the Brick Lane Market 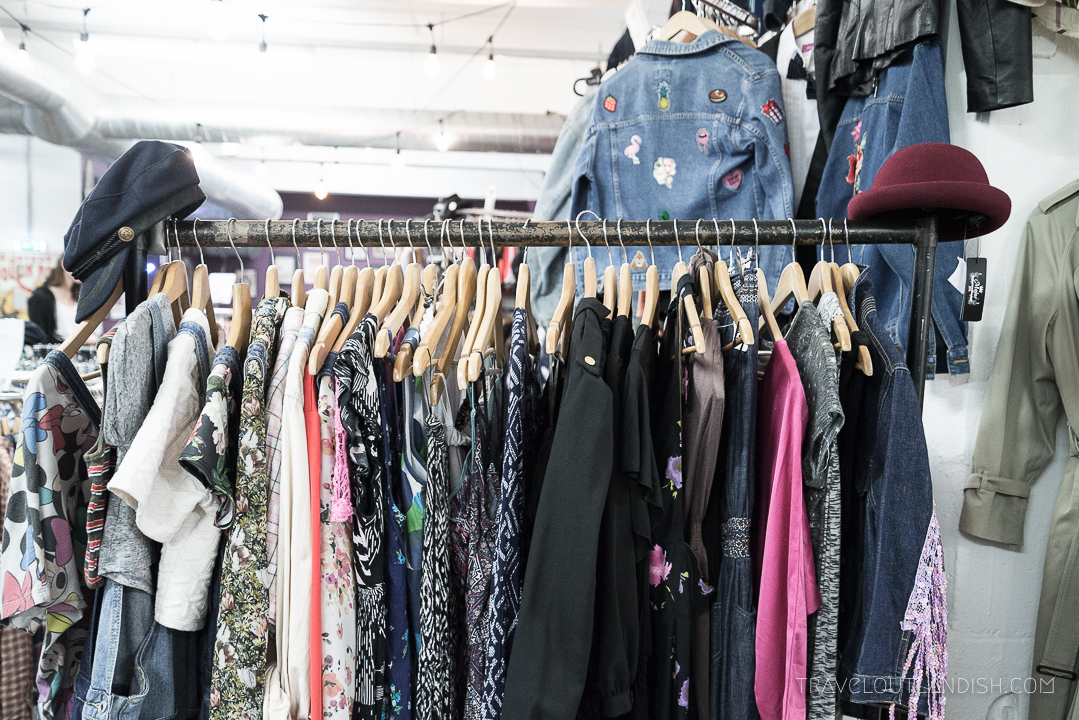 10. Check out the upcoming events and exhibitions at The Bussey Building

13. Dip into the depths of the London tube on a hot day 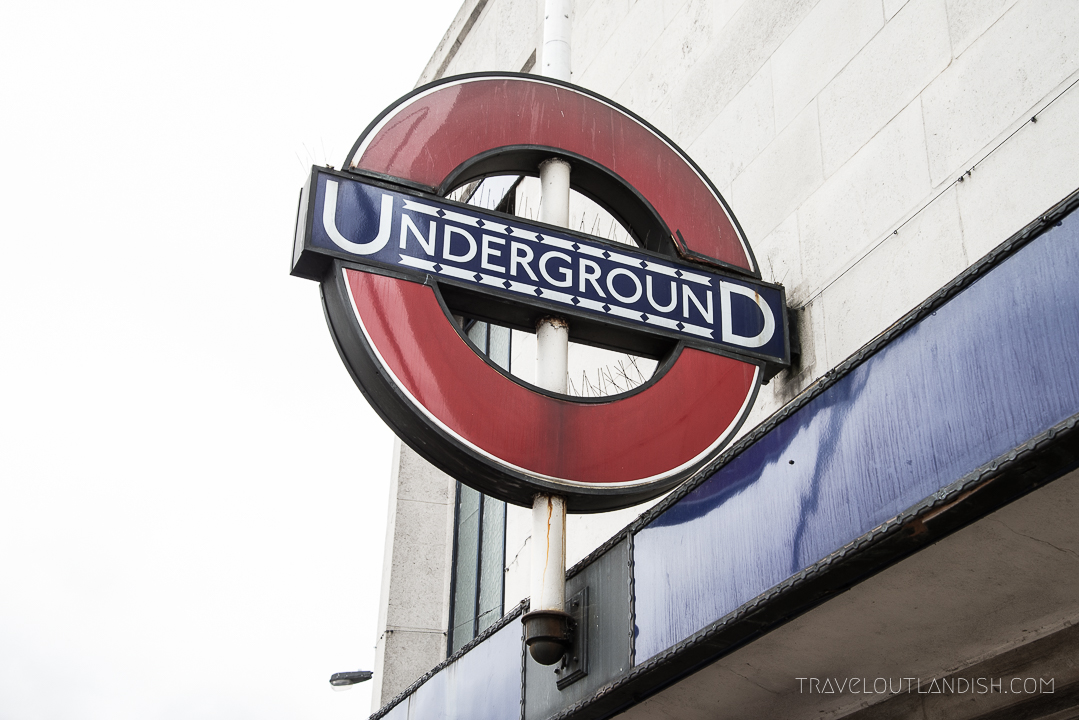 14. Suit up for urban beekeeping with The Hiver Experience (£34)

15. Venture to Las Vegas Arcade for a rearing round of Street Fighter 2

16. Thumb through the massive vinyl collection at Rough Trade on Brick Lane 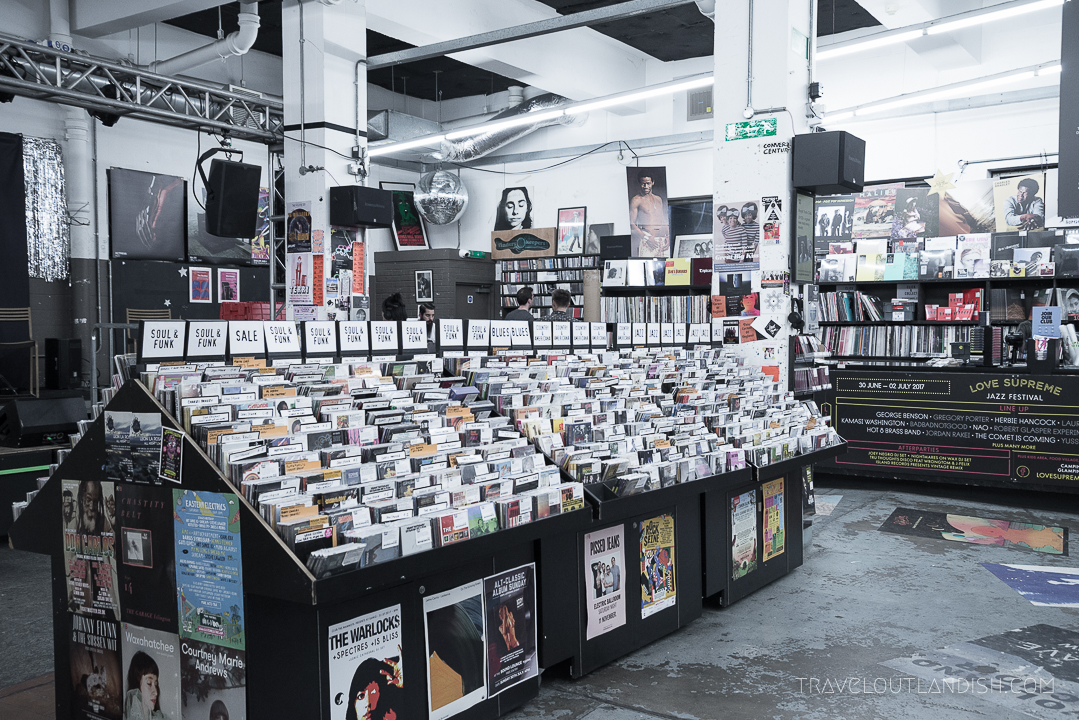 17. Lace up your ice skates and take to the 18th-century courtyard rink at Somerset House

19. Go for a show at the iconic Brixton Academy

20. Catch a concert at the theatre-turned-concert venue in Camden

21. Stroll along the Thames to spot the quintessential London sights 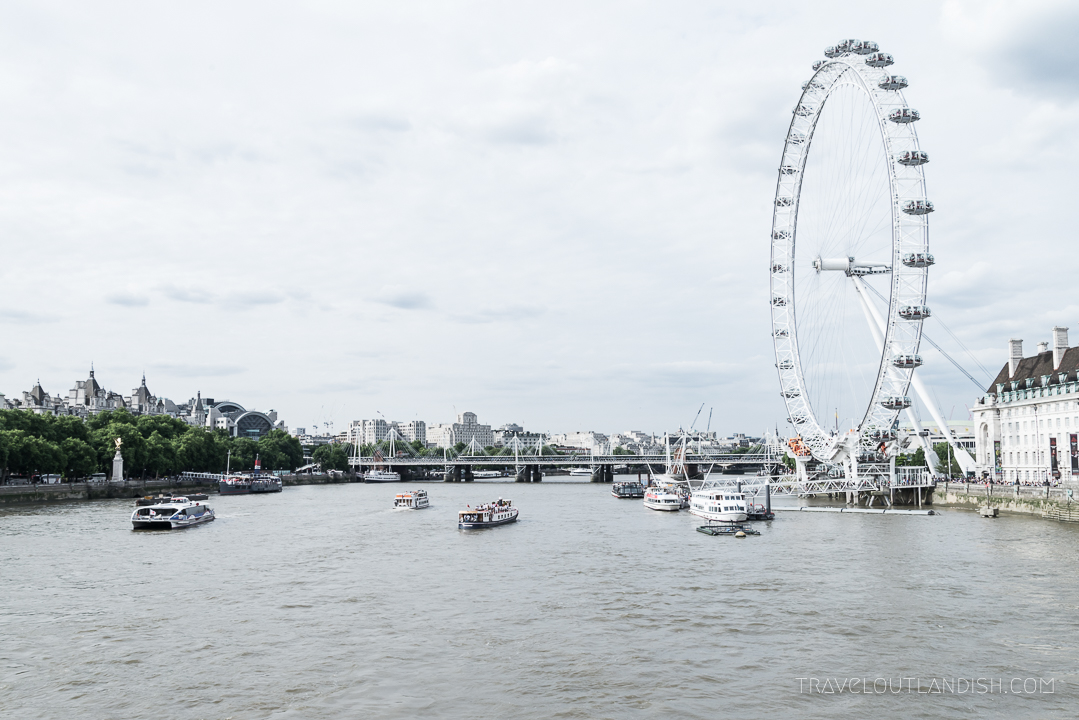 22. Explore culture and history through the massive collection of artifacts at the British Museum

23. Head to Drink, Shop & Do for high teas and weird workshops (Varies)

24. Spotting the main attractions is one thing to do in London you can’t miss. For a new perspective, paddle the Thames in a kayak!

25. Listen to arguments at an Intelligence Squared debate (£30)

26. Experience London through your camera lens 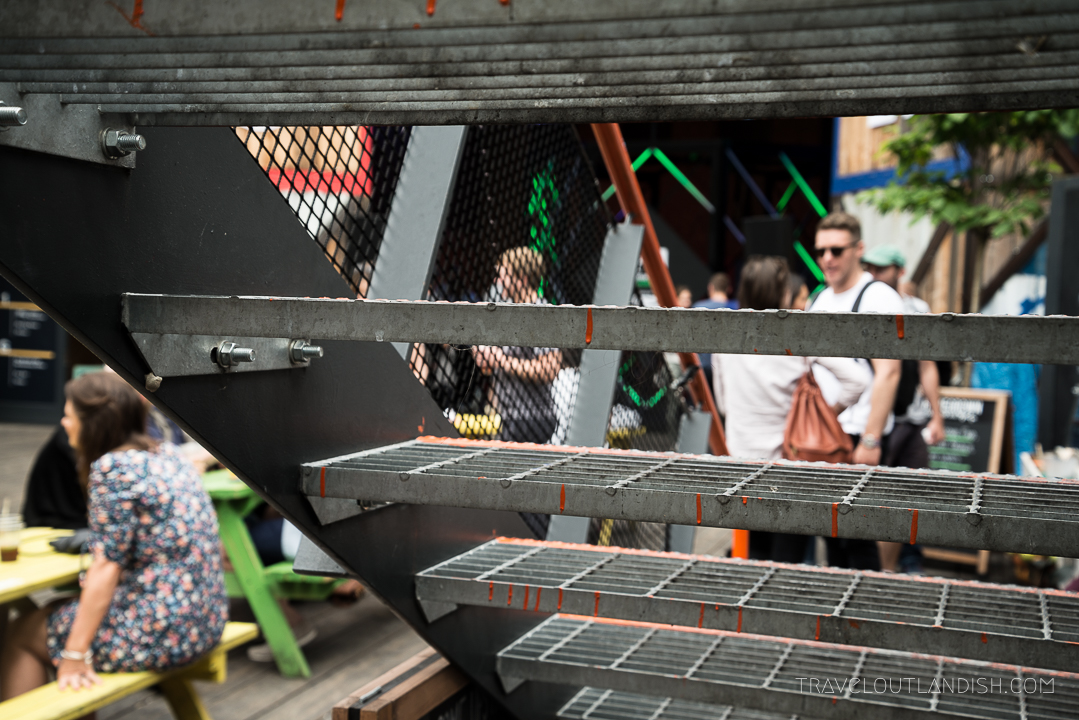 27. Make your own perfume in a fragrance design masterclass with the Experimental Perfume Club (£95)

28. Grab discounted tickets from Lastminute and go to the theater (Varies)

30. Have yourself a picnic at Victoria Park

31. Watch the sunset from Primrose Hill

32. Head into an underground bunker for a code-breaking bar experience at The Bletchley (£34.99)

33. Venture to Beavertown Taproom on a Saturday to sample their Neck Oil Session IPA and Gamma Ray APA

34. Drink & walk your way along the brewery-packed Bermondsey Beer Mile 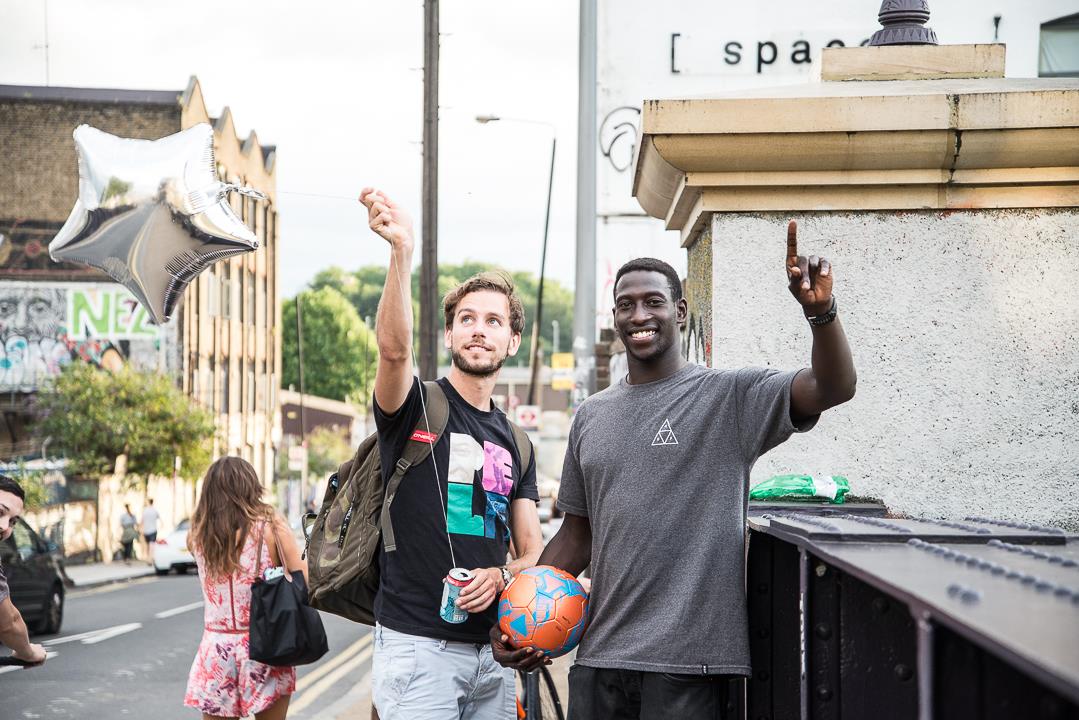 35. Go for an extra magical afternoon tea at sketch

36. Sneak into Opium – a cool London speakeasy with an Asian twist

38.Enter the kitschy Mayor of Scaredy Cat Down through a sneaky refrigerator door

39. Get cozy on eclectic armchairs at Ninetyeightbar in Shoreditch

40.  Experience one of the coolest things to do in London by popping into a sneaky warehouse party 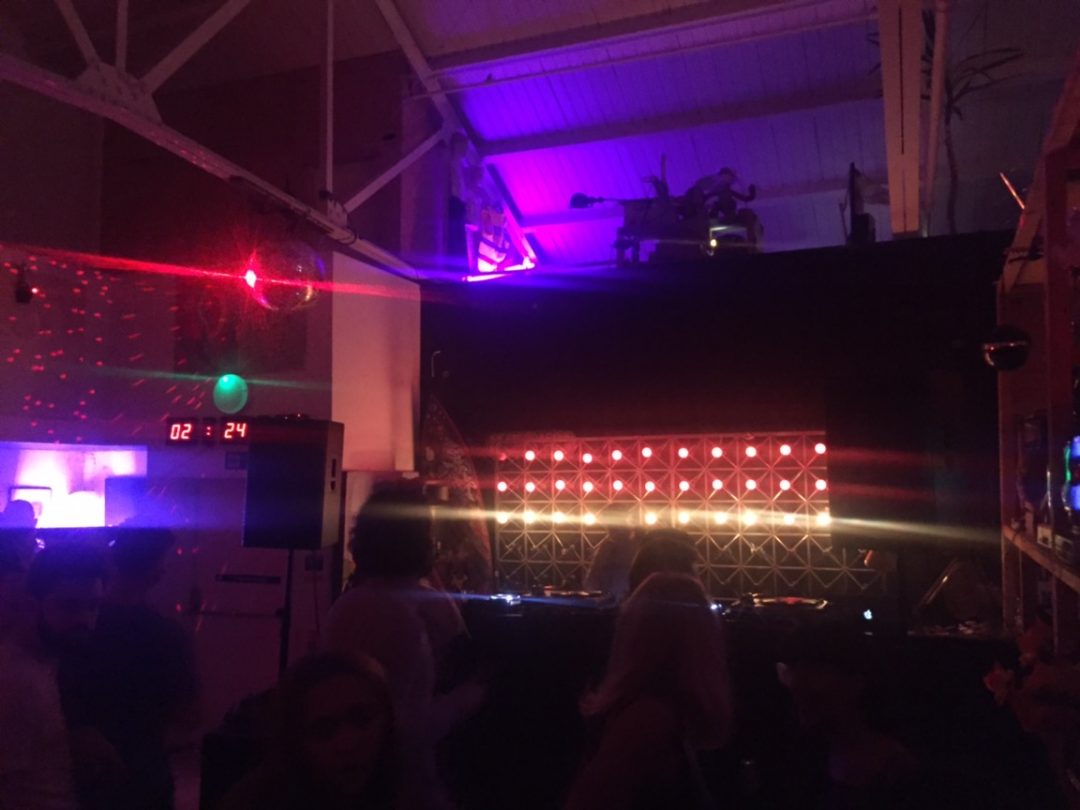 41. Settle in for a mojito and join the tropical party at Ridley Road Market Bar

42. Enjoy a coffee while having your bike fixed at Look Mum No Hands!

44. Grab some friends and head downstairs at the Loading Bar for a bar + board game night 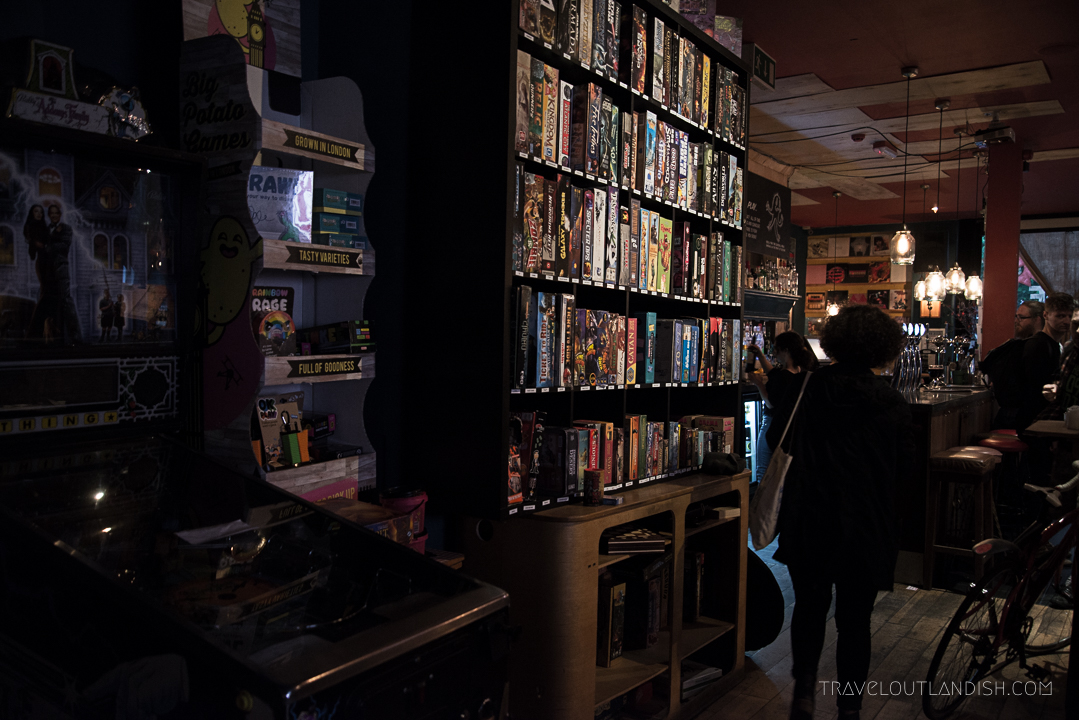 45. Join a 1940’s postwar party with singalongs and cocktail at Cahoots

47. Fill up on London’s best street food at Pop Brixton 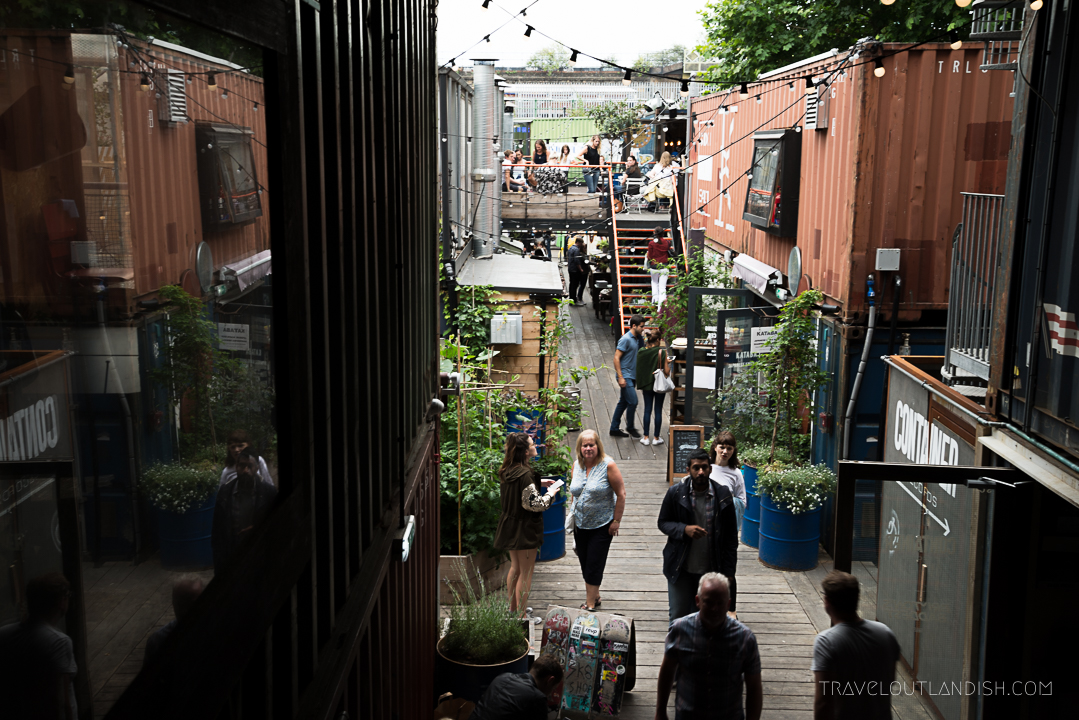 48. Sit down for a proper Sunday Roast at The Duke of Wellington

49. Dip into Battersea Pie for a steak pie

50. Scarf fish + chips with a side of mushy peas from Poppies

51. Get your Molly Ringwald on with an 80’s themed brunch at The Breakfast Club 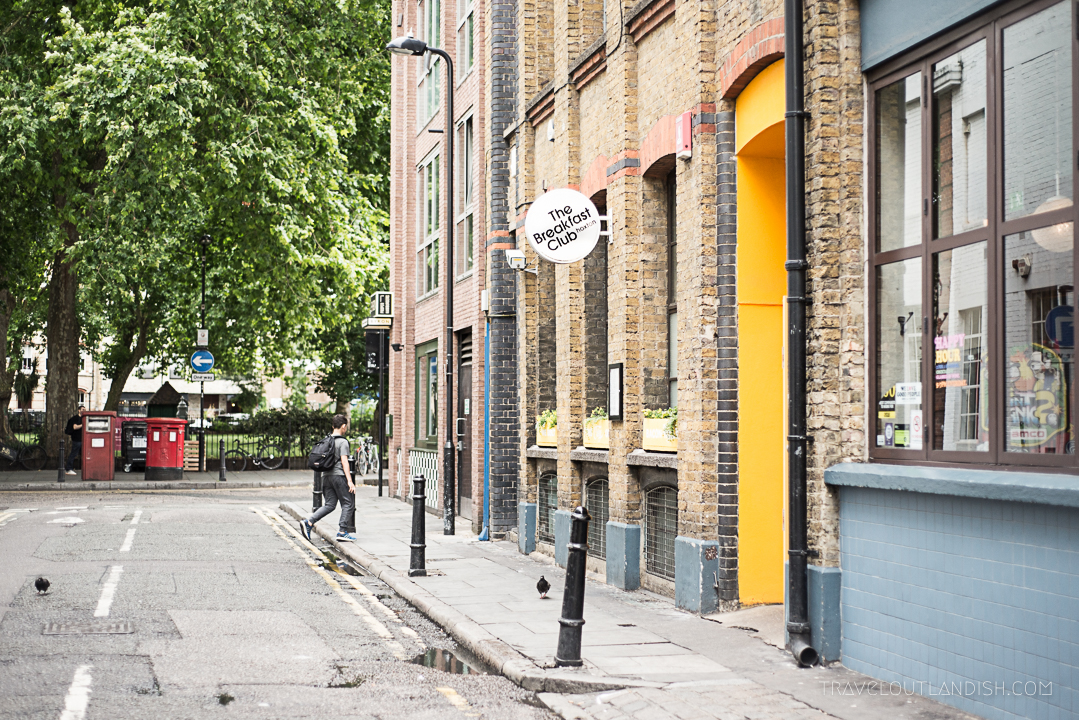 52. Head to Bao Bar in Netil Market for a cheap and totally delicious bao bun

53. Venture to Chinatown for a sui mai feast

54. Dine in a hollowed out tube car with The Underground Supper Club

55. Dine in the absolute dark at Pitch Black

56. Venture to Soft Republic for ice cream out of a takeaway box 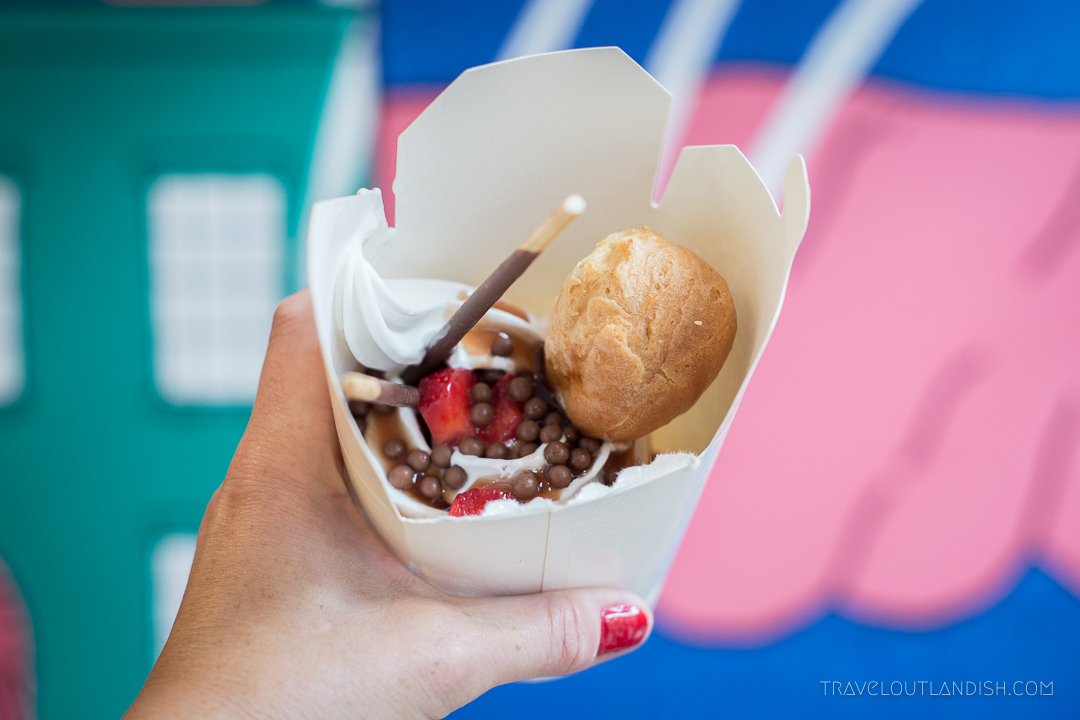 57. Fill up on an anything but traditional English Pie from Pieminister

60. Grab one of the city’s best sausage rolls at The Ginger Pig

61. Count down the seconds to tickets going live and snag your ticket to Glastonbury

62. Dance your face off at Lovebox Festival

63. Start the year off all wrong at a New Year’s Eve rave

64. Glitter up and join the Pride Parade 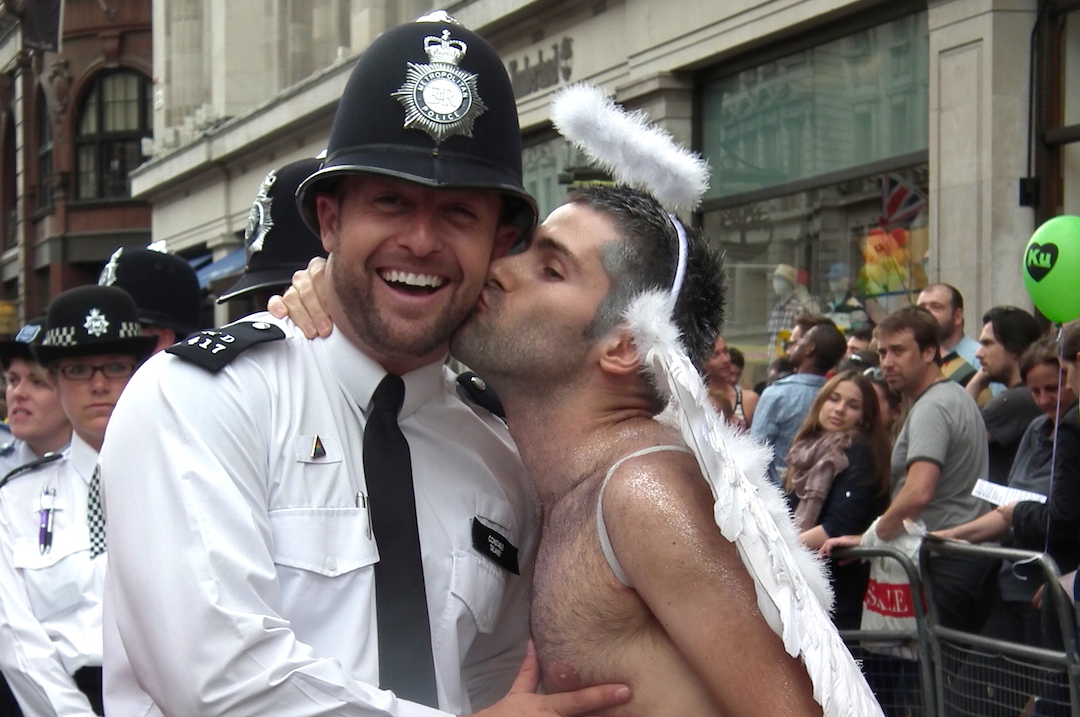 Photo from the Nomadic Boys

65. Snuggle up and watch the Bonfire Night fireworks taking place across the city

67. Join in one of the many celebrations for International Women’s Day

69. Get your butt to London Fashion Week to forecast trends for the season ahead

70. Lace up your runners or stick to the sidelines for the famed London Marathon

71. Pull an all-nighter at Dino Snores for Grown-ups, the adult-only sleepover at the Natural History Museum

73. Try on glow-in-the-dark lipstick and get your London rave fix in the basement of rave store, Cyberdog 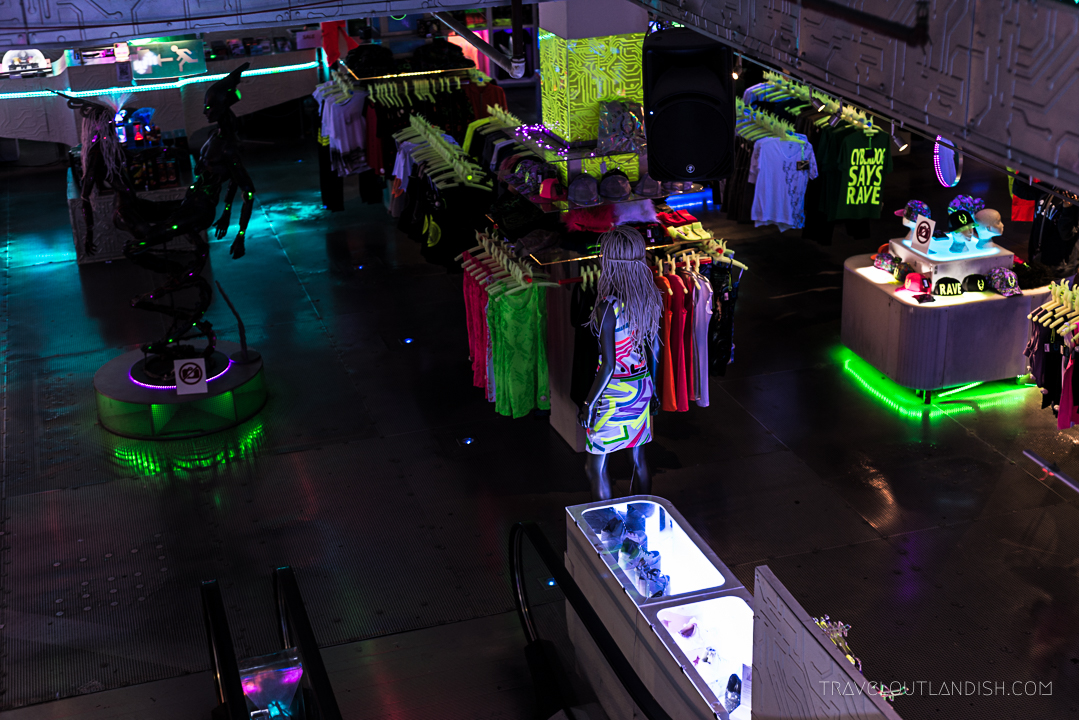 74. Wander the neighborhoods of South London to experience the South vs East riff firsthand

75. Explore the history of the world’s most notorious, unidentified serial killer on a Jack the Ripper Tour with Ripper Vision (£15)

76. Grab a cappuccino at The Attendant – the lovingly restored Victorian-toilet-turned-café

77. Get balls deep in a glow-in-the-dark ball pit at Ballie Ballerson 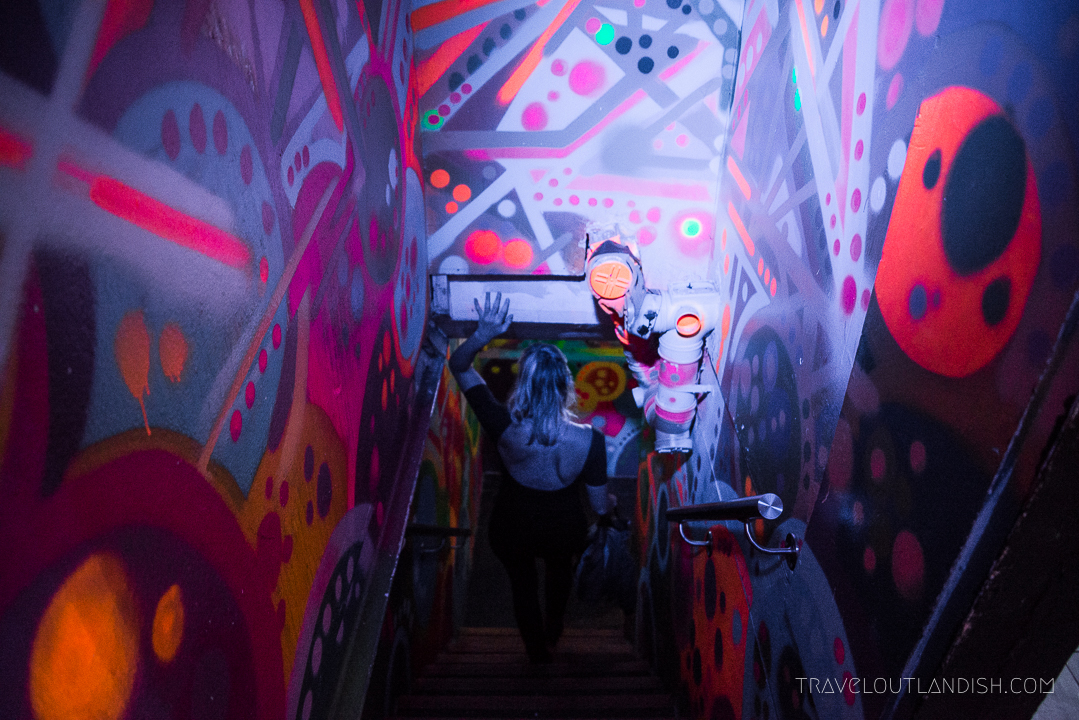 80. Order a bowl of “oh my god I haven’t seen this since I was a kid” cereal at Cereal Killer Café

81. Get creeped out at the Clowns Gallery-Museum when you browse their collection of 200+ eggs painted with clown makeup

82. Join in the sleepover-style fun with Bedtime Story Nights at 40 Winks

83. Spend the night in a modular room at Qbic London 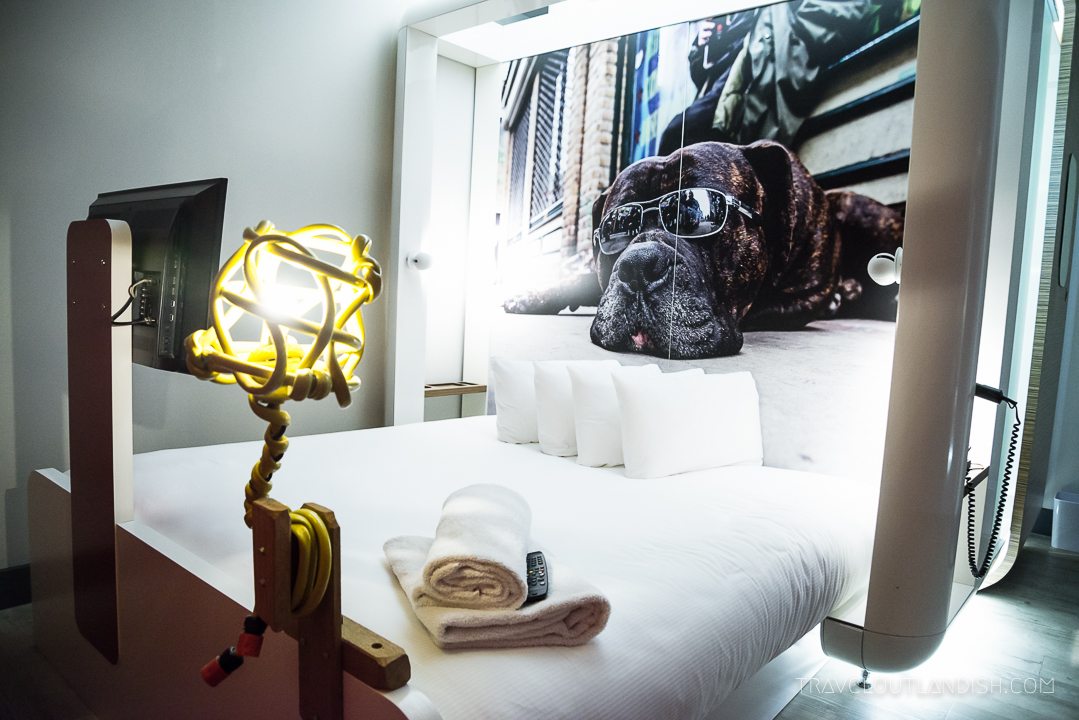 84. Stay overnight in the Gir Lions Lodge at the London Zoo

85. Join on a factually inaccurate tour of London with Bullshit London (£7.50)

86. Go for a ride in the world’s longest tunnel slide – the ArcelorMittal Orbit – in Olympic Park 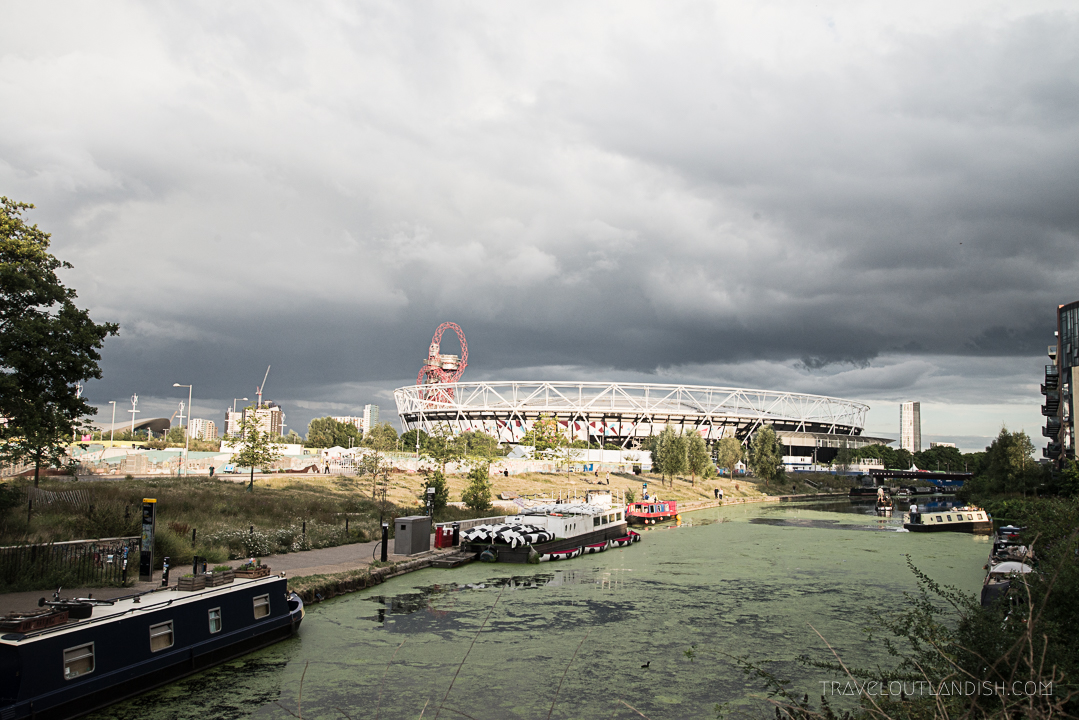 87. Complete a secret mission in plain sight with Undercover London

88. Wander amongst Europe’s largest collection of neon signs at God’s Own Junkyard 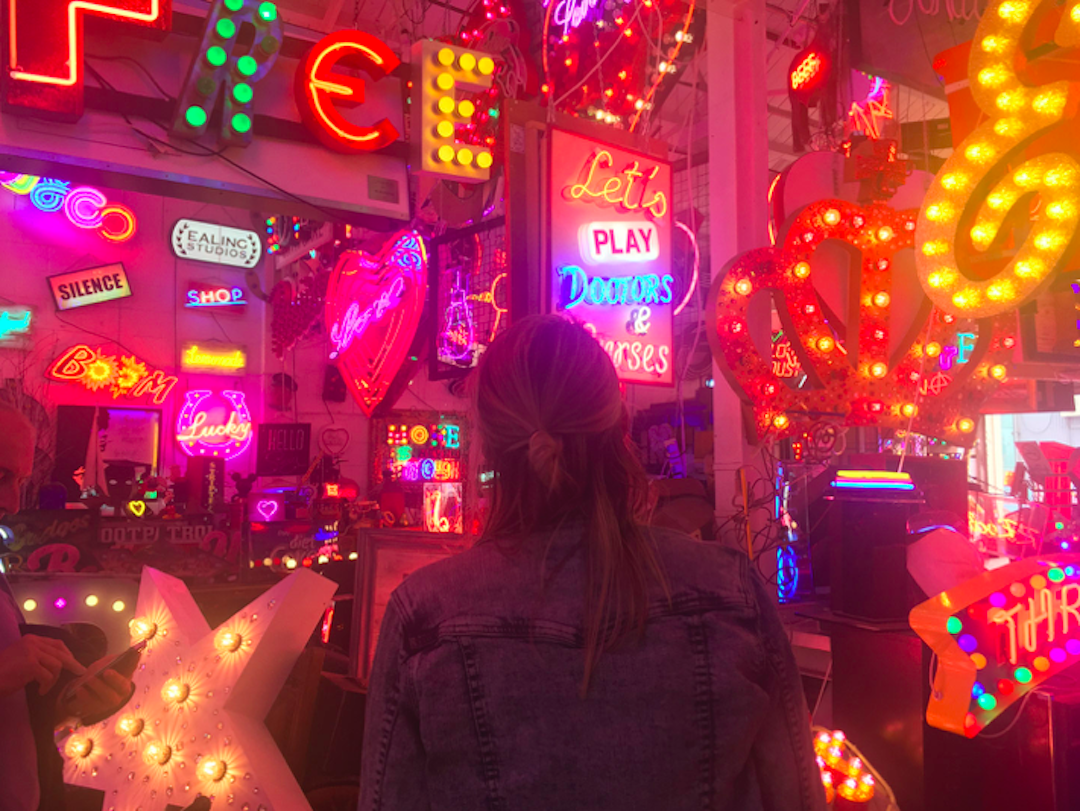 89. Try your hand at DIY taxidermy at The British Academy of Taxidermy (£50)

90. Spend the night in a penitentiary-turned-hotel at The Malmaison Oxford (from £129)

91. Live out your Hogwarts fantasies with a visit to Platform 9 3/4

94. Head to Bunkerville 51 for a zombie-themed game of laser tag 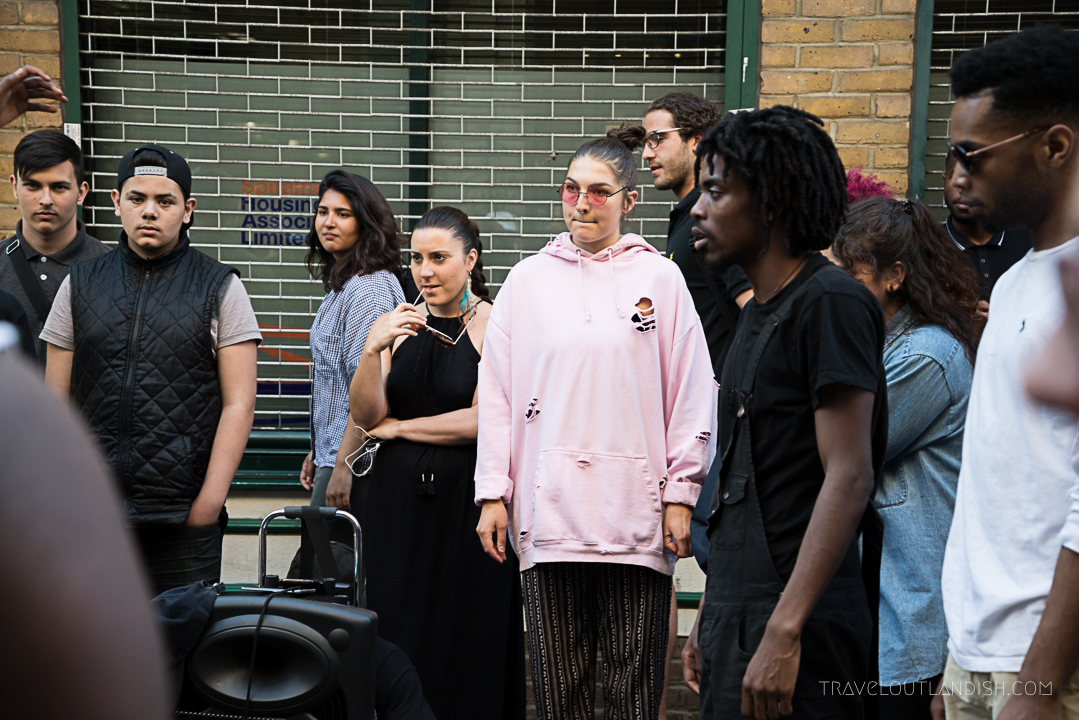 96. Escape to Brighton for a taste of the classic British summer holiday  (£44) 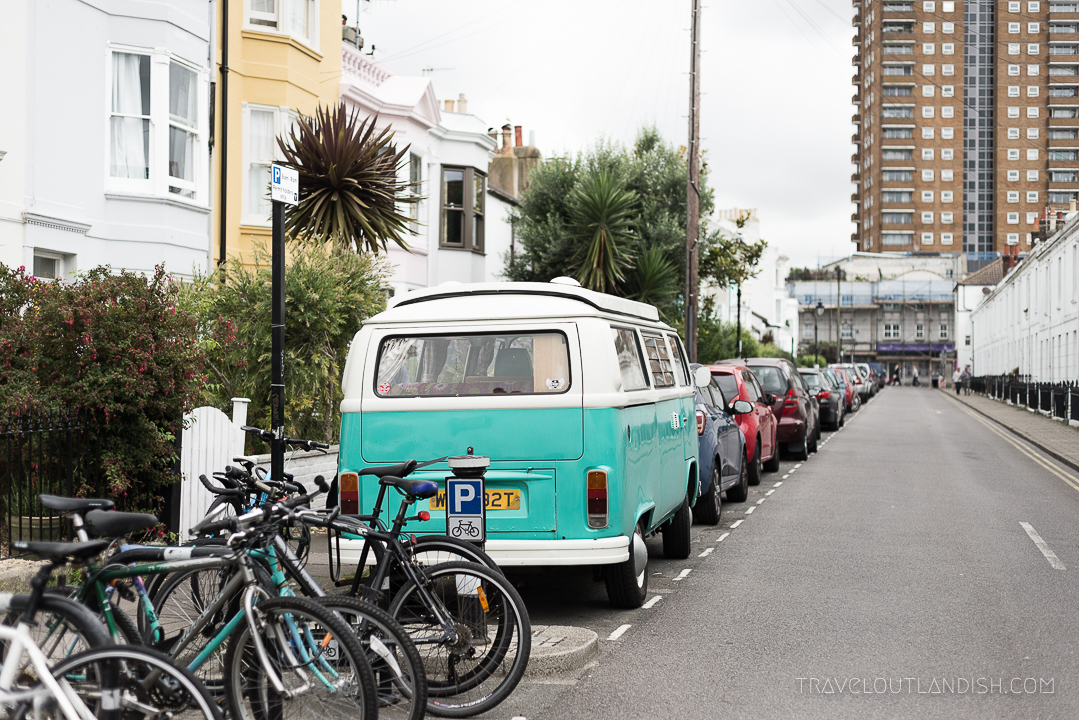 97. Find your own little pony amidst the some 3,000 wild ponies in New Forest

99. Venture to Liverpool for some Beatles kitsch and some Northern hospitality (£150)

100. Escape the city to explore every era of architecture in Oxford, Windsor, & Stonehenge (£59)

101. Brush up your royal family trivia

Fun Things to do in London for Free: Check out what’s going on in London today and this weekend on Time Out’s Free London

Unusual Things to do in London: Want to experience the weirdest day ever? Start with breakfast at Cereal Killer Café, take an alternative tour of the city, grab some cocktails at Ballie Ballerson, and spend a night at the museum with Dino Snores for Grown-ups.

Unique Things to do in London at Night: The list is literally endless. London is well known for swanky cocktail bars, warehouse parties, and outdoor cinema. Make the most of your night out in London by going where the crowds are. 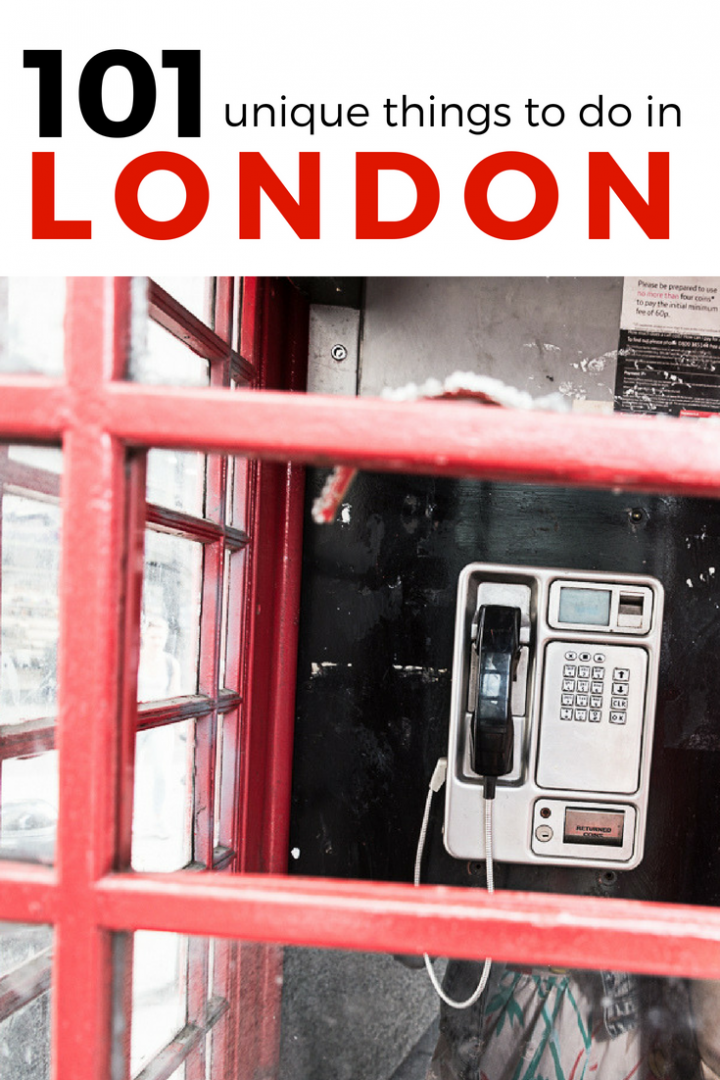 Have you spent time in London? What were your favorite weird, fun, or unique things to do? Share them with us in the comments below! 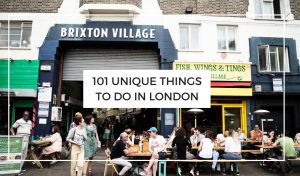