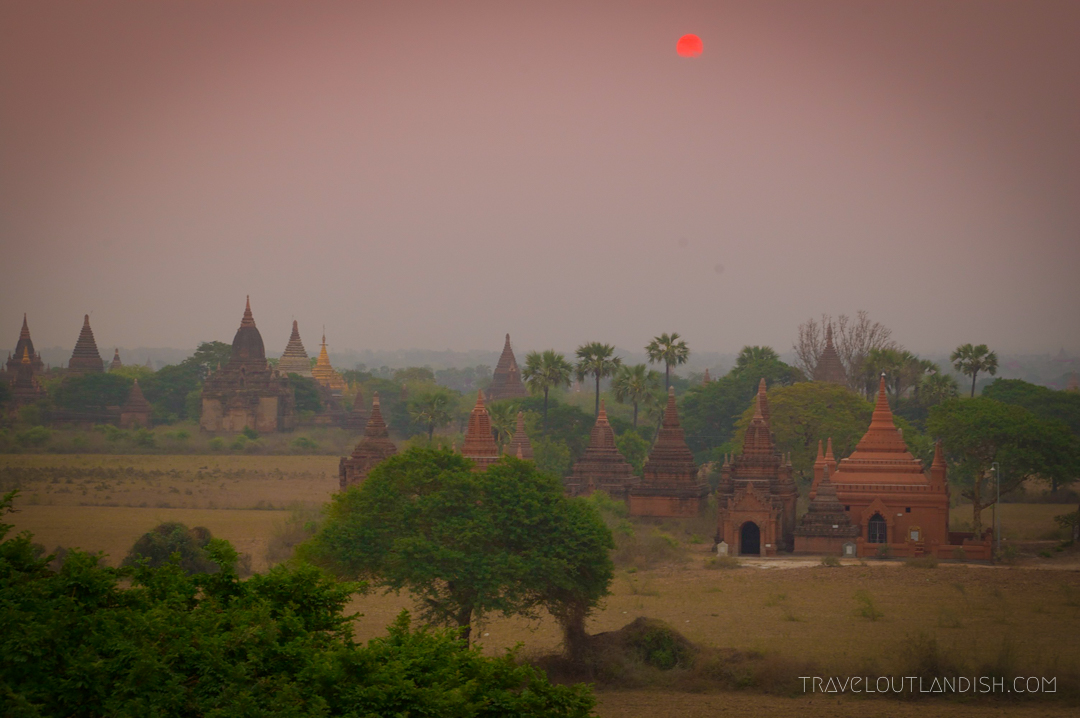 He fell into the hammock next to mine with a laden sigh. Based on the single release of air, I feared he was the kind of backpacker with an archive of one-ups waiting. I could almost hear him, flipping through his directory of tales; would he share about a drunken Full Moon Party, or opium bought on a hill tribe trek?

I watched his thoughtful gaze turn to bothersome stare — he had selected his story. Resolved to a fate of disturbed rest, I glanced at him as if to say alright, just say it already, and prepared my responses with the condescending enthusiasm that I specially reserve for toddlers and people who interrupt my alone time.

“I just got back from the most incredible place… can I show you something?”

With road-worn fingernails, he pulled a phone from his pocket, and proceeded to take me on a photographic journey through the most unusual skylines I’d ever seen– a balloon-filled dawn awakened an endless field of backlit pagodas. Bright sunspots from the enormous sun kissed the images in the way that was normally edited into indie movies and rationed sparingly in real life. It was too unfathomable that my childhood of National Geographic documentaries and Carmen San Diego books hadn’t pre-warned me that a place like it existed.

“Where is this??” I enquired. Ok. I misjudged him.

“It’s in Burma — a place called Bagan,” he answered. 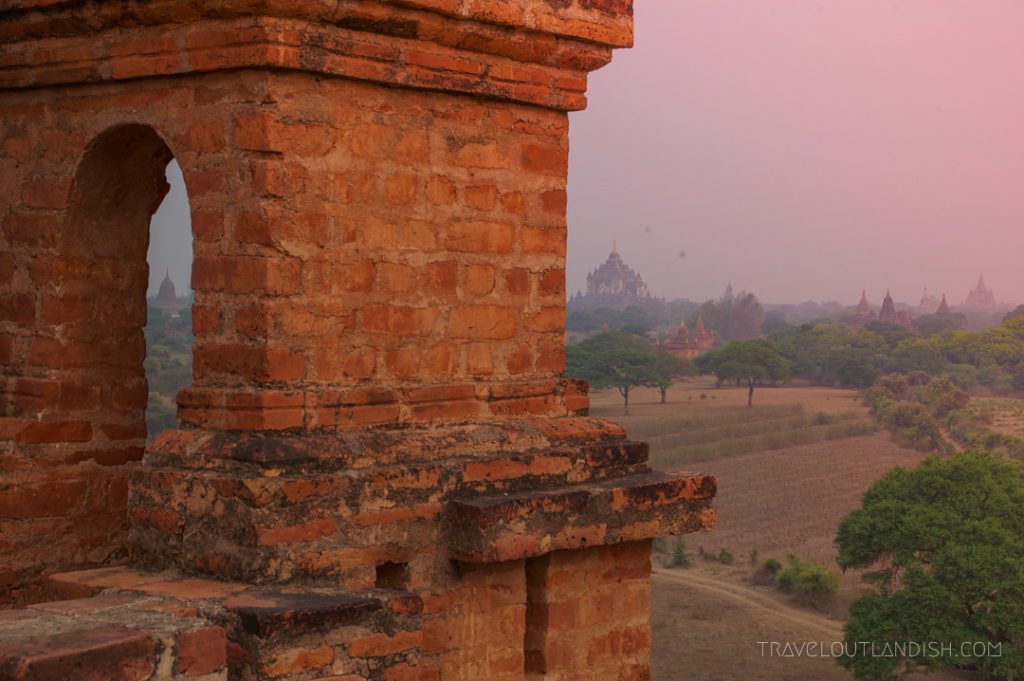 It was settled in an instant. I forgot Cambodia, and disregarded Laos, and postponed Vietnam, and reconciled how we’d find incredible things to do in Burma instead. We’d navigate the visa, and convert Thai Baht into crisp piles of USD, and trudge through a place familiar in geography yet exotic in experience.

We would visit Burma on the same week that Aung San Suu Kyi was elected to Burmese parliament, and one year before the country graced the covers of almost every magazine — we would experience Burma just moments before it became the Burma of top 10 lists, and guide book fame, and in-flight magazine feature. And so we did.

where in the world is Bagan?

Bagan is a city located in Burma’s Mandalay region. To travelers, Bagan is typically considered the Bagan Archaeological Zone, an area centering around Old Bagan. Surrounded by plains and touched by the Irrawaddy River, it’s nearly 180 miles southwest of Mandalay and about 430 miles north of Yangon. Curious how to get there? Check out our “how do I get there” section below.

when should I visit Bagan?

The best time to visit Burma falls shortly after the wet season when temperatures are mild and the trash-burning season has yet to come. While we made our way to Burma in the very swampy, dusty, balloon flightless April, I’d recommend you visit between October-March if you have the flexibility to do so. If not? To hell with it. Go anyway.

This is my “food poisoning at a monument at dawn” face.

the people you’ll meet at Bagan:

In the modern day, Bagan is frequented by tourists and pilgrims alike, and is absolutely amongst the best things to do in Burma. The trouble with towns with a major attraction is that much of the local culture is obscured by the hustle of heritage sites, continental restaurants, and coffee shops with free wifi. Albeit young on the backpacker circuit, the tourist infrastructure has already started springing up in Bagan. Many of the people you’ll meet here are waiters, hawkers, horse cart drivers, and hostel staff — you’ll have to go beyond the temples for the real Bagan. 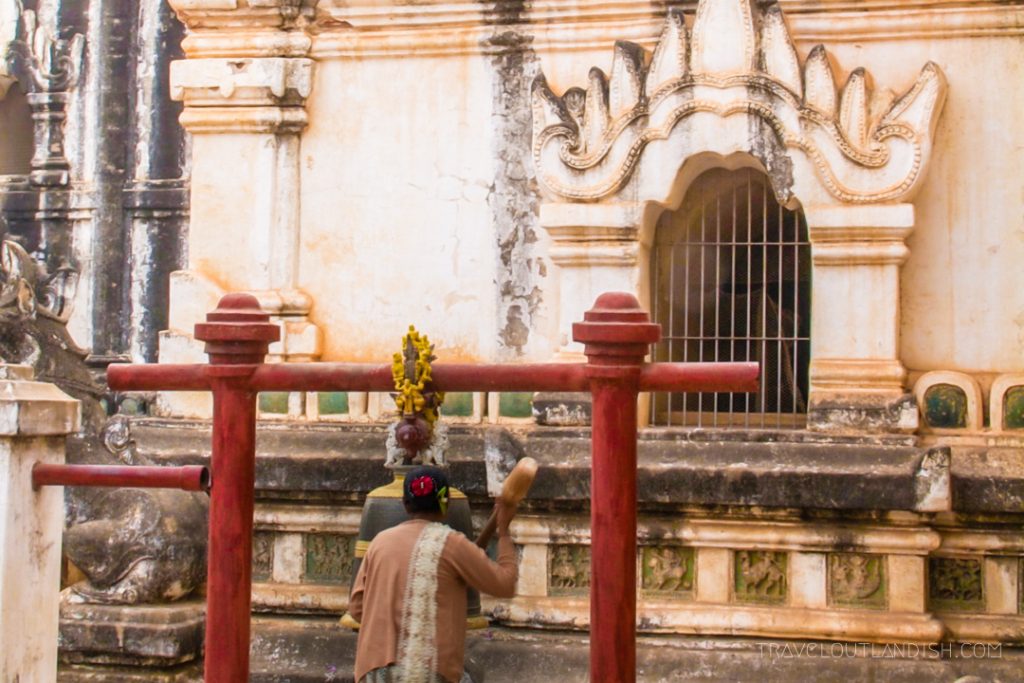 If you have a chance to see it, you might meet people nurturing — farmers their fields, middle-aged women their noodle shops, new mothers their children. It is an almost magical place that preserved its tranquility through catastrophic times. It is the kind of city I describe now with the worry that the 3 years passed have made the culture callous, and the hope that they haven’t.

how awe-inspiring are we talking?

Bagan is pretty darn fantastic. While it can get hot and impressively dusty, Angkor Wat and Ayutthaya have nothing on the spectacle that is Bagan. As it is still up-and-coming, we’ll give it 9 out of 10 for sheer quantity of temples, general expansiveness, and lack of crowds. If you find the right spot to watch sunset, you can have a stunning temple all to yourself — that’s not so bad, is it? 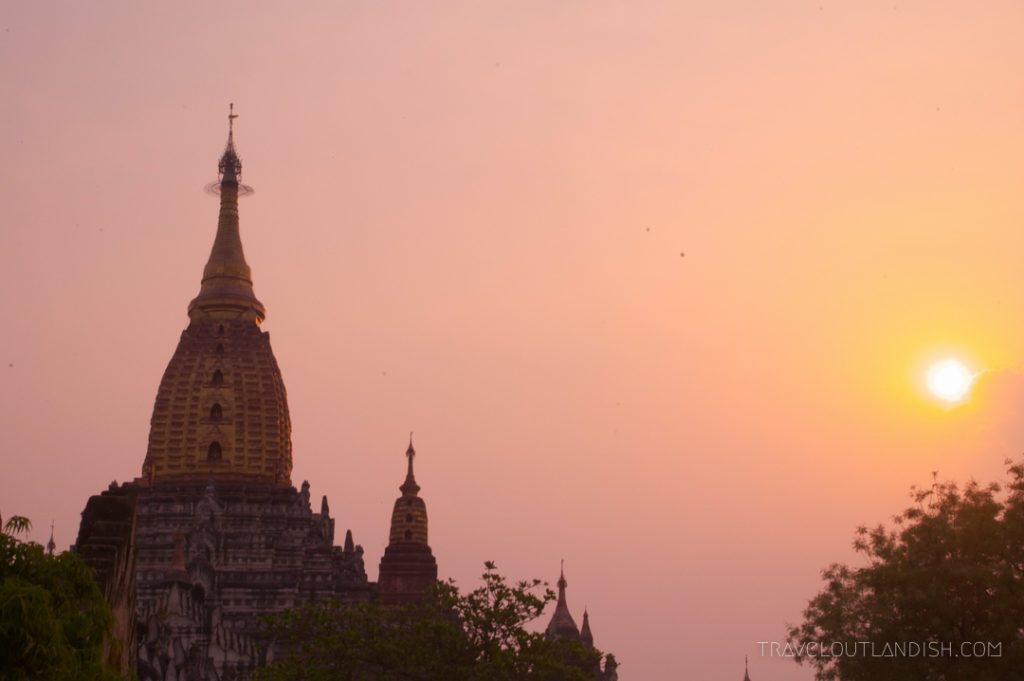 The “Land of the Thousand Stupas” once had more than 10,000. Erected under the command of the kingdom’s leaders between the 11th and 13th centuries, on the plains were raised temples and monasteries that would form the kingdom of Bagan.

I’d like you to just take a moment and imagine TEN THOUSAND religious monuments. Did you do it?

Alright. So when the kingdom became a hub of secular studies and acquired wealth, you can probably understand why it was an enticing target.  When Mongol invaders ransacked the kingdom in 1287, the population of Bagan was reduced to little more than a village. With lack of maintenance, thousands of the temples of Bagan fell to the ground. But want to know the amazing thing? More than 2,200 of these are still standing — both grandiose and understated temples that you can go inside,  wander between, and climb upon to look out across the other 2,000 or so in front of you. 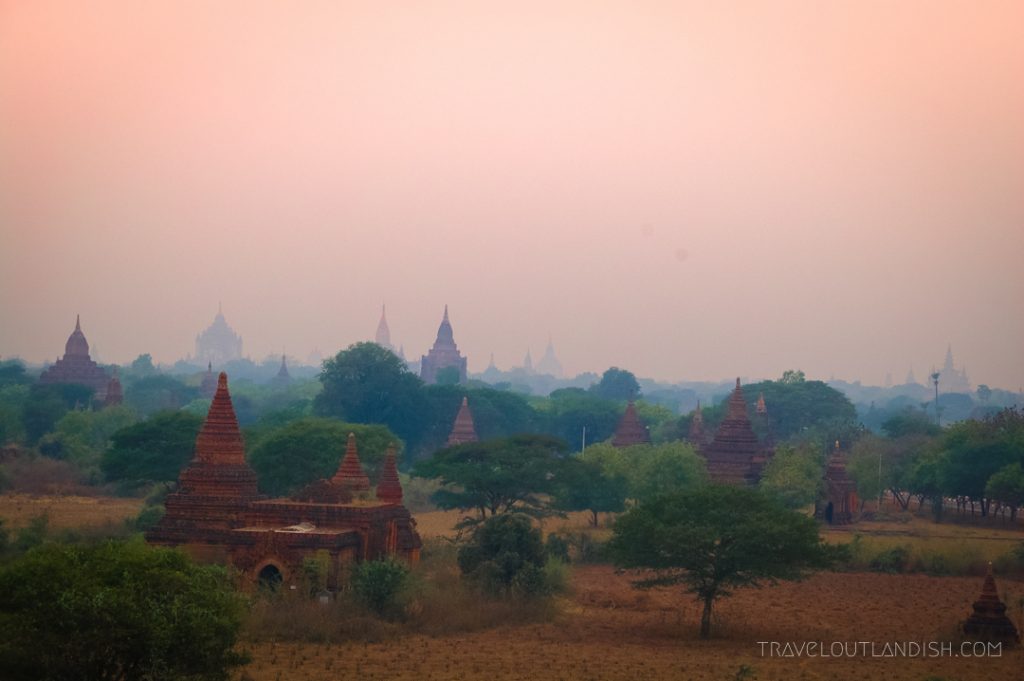 what are the best sites in Bagan?

While there’s a long list of less crowded, lesser known marvels, the popular sites are famed for a reason. Don’t miss Ananda Temple, Shwesandaw Pagoda, and Dhammayangyi Temple. They’re not only some of the best things to do in Burma, but some of the most awe-striking temples we’ve come upon in all of Southeast Asia. The degree of restriction for the temples varies tremendously; some are completely unattended and you can go inside (respectfully!) and scale the sides —  that’s the spot to be for sunset and sunrise.

The simplest way to travel around Burma is by flight, and Bagan is no exception. To get to Bagan, you’d arrive at Nyaung-U airport (NYA). A flight from Yangon (RGN) takes about 1 hour and costs around $100 while a flight from Mandalay (MDL) is a short 30 minutes and will cost about $75.

If you’re feeling a bit more adventurous and are open to delays, malfunctions, and roads of all kinds, traveling by bus or train is an adventure in its own right. These options are much cheaper ($10-$15), but a bit harder to plan. Tickets will usually need to be bought on site, departures are a bit less frequent, and the journey can take anywhere between 4-10 hours.

A final option to consider if you’re coming from Mandalay is the ferry down the Irrawady River. The journey takes almost 11 hours, but the scenery is well worth it.

Have you ever had the experience of learning about a new place on the road? Did it live up to your expectations? Share your story with us in the comments.