The Other Sapa: Trekking in Ha Giang | Vietnam 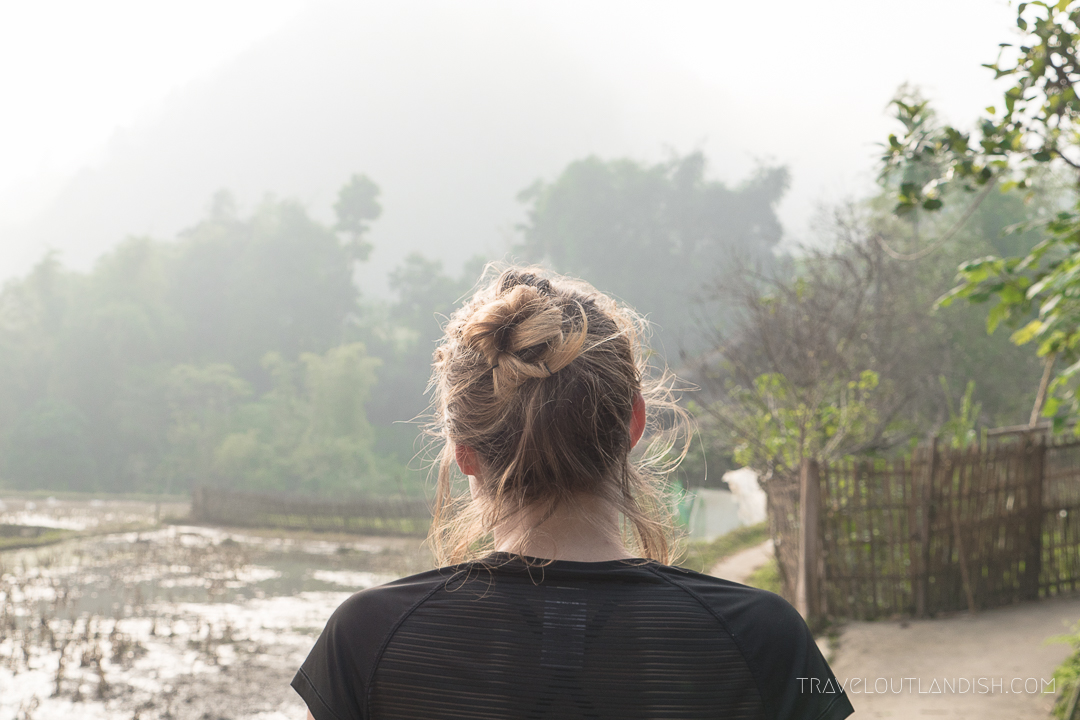 Ha Giang has something in common with most truly awesome places; it is just hard enough to get to that it has withstood the ravages of time. Adventurers go trekking in Sapa in pursuit of indigenous culture and cascading rice fields, but they instead might find a once charming French hill-station town that has made disappointing backslide into a disorderly tourist hub.

Of course, trekking in Sapa is popular for a reason – the region is nothing short of stunning.  But what if you could experience an alternative to Sapa with similarly spectacular views and fewer tourists? Let me show you Ha Giang. 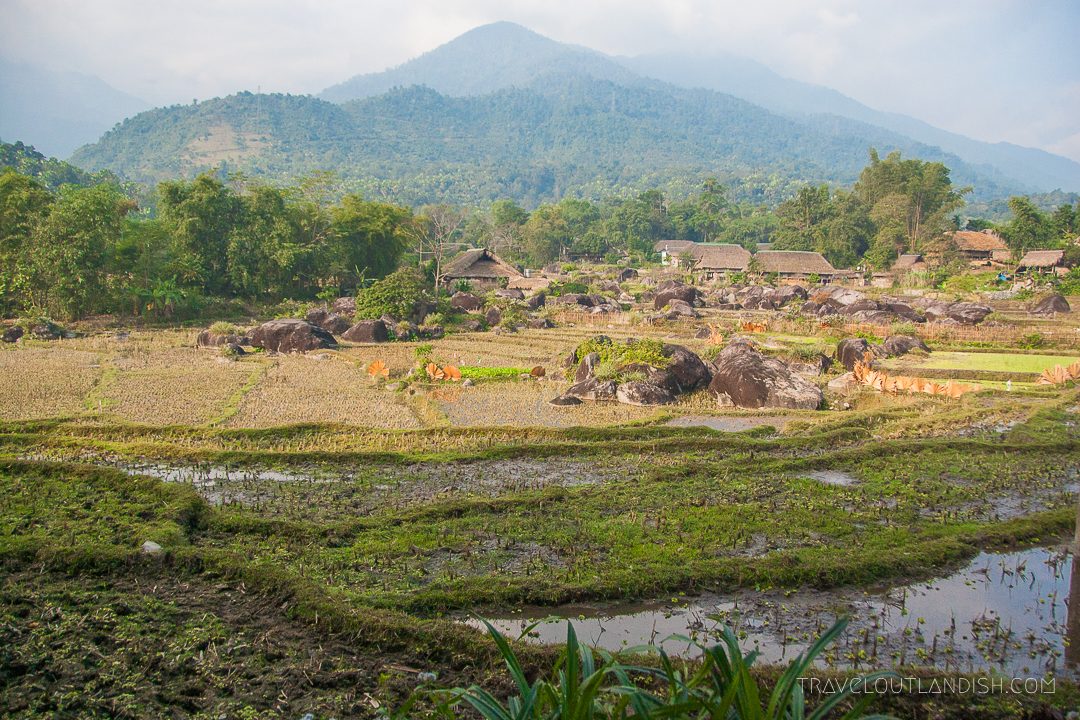 Trekking in Sapa vs. Ha Giang

I skipped over trekking in Sapa, so I asked the guys at Television of Nomads what their experience was like: “A trek in Sapa can take you to a secluded hill-tribe village atop magnificent verdant stacks of rice terraces with stunning mountain vistas—if you’re lucky, that is. You can also be hustled to a nearby, less-stunning town on tours operated by greedy companies that rip off the tribe guides if you’re not lucky. Either way, you’ll probably have to deal with the influx of Sapa guides trying to get you to join them, and groups of children following you for periods of time trying to sell you things. Still, we certainly found a night with this remarkable Sapa view to be more than worth it!” 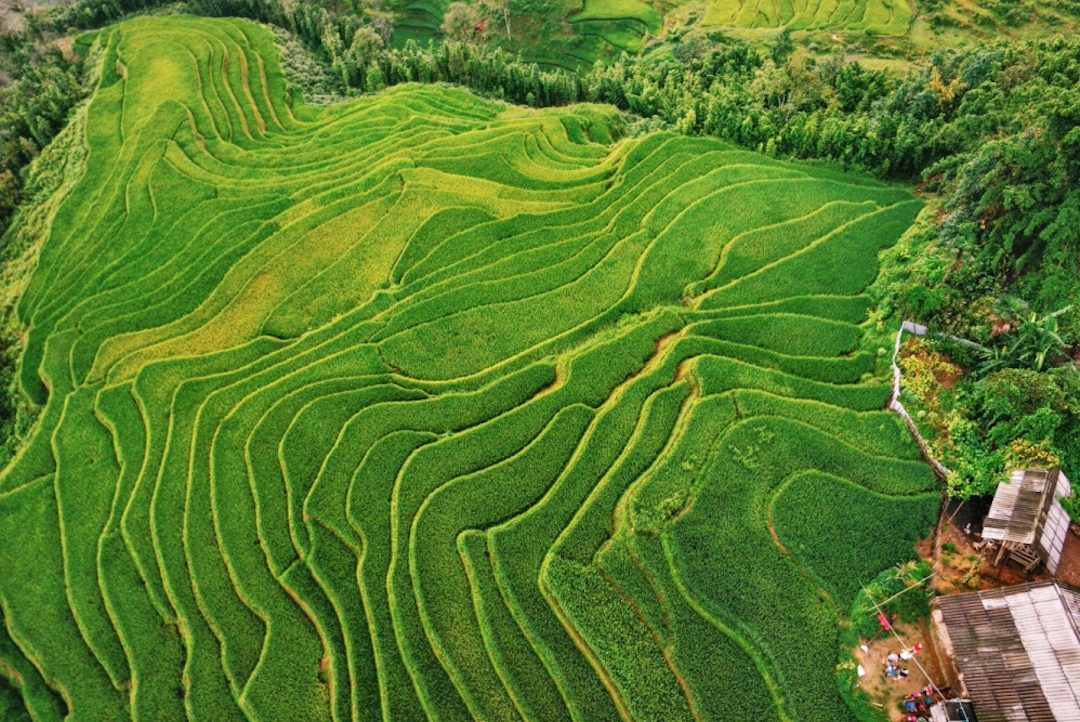 Photo from Television of Nomads

With pine forests, granite mountains, quiet farming villages, and heavenly views in every direction, Ha Giang is like an illustration of how nature can flourish when unsullied. The trekking routes in Ha Giang fall far enough from the tourist circuit, so you can wander the mountains of Ha Giang uninterrupted for days at a time. Local interactions are based on mutual curiosity rather than commerce. How does that sound as an alternative to trekking in Sapa?

Make no mistake that traveling Ha Giang is a pretty rugged trip. Sharing a border with China, Ha Giang is the northernmost point in Vietnam, and often referred to as the final frontier. To put it simply: it’s way the hell out there.

There are plenty of ways that your plans can fall through the cracks along the way. You won’t have nearly as many options for accommodation. Dining will be basic. It’s very possible that your trekking guide won’t speak much English. But those are the same things that make this an adventure and completely worth the effort.

A Guide to Trekking in Ha Giang

Avoid the crowds and the hassle of Sapa and go trekking in Ha Giang instead. Sure, it’s a little rough around the edges, but in all the best ways.  If you’re seeking something further off-the-grid than trekking in Sapa, here’s everything you need to know to plan your trekking trip in Ha Giang. 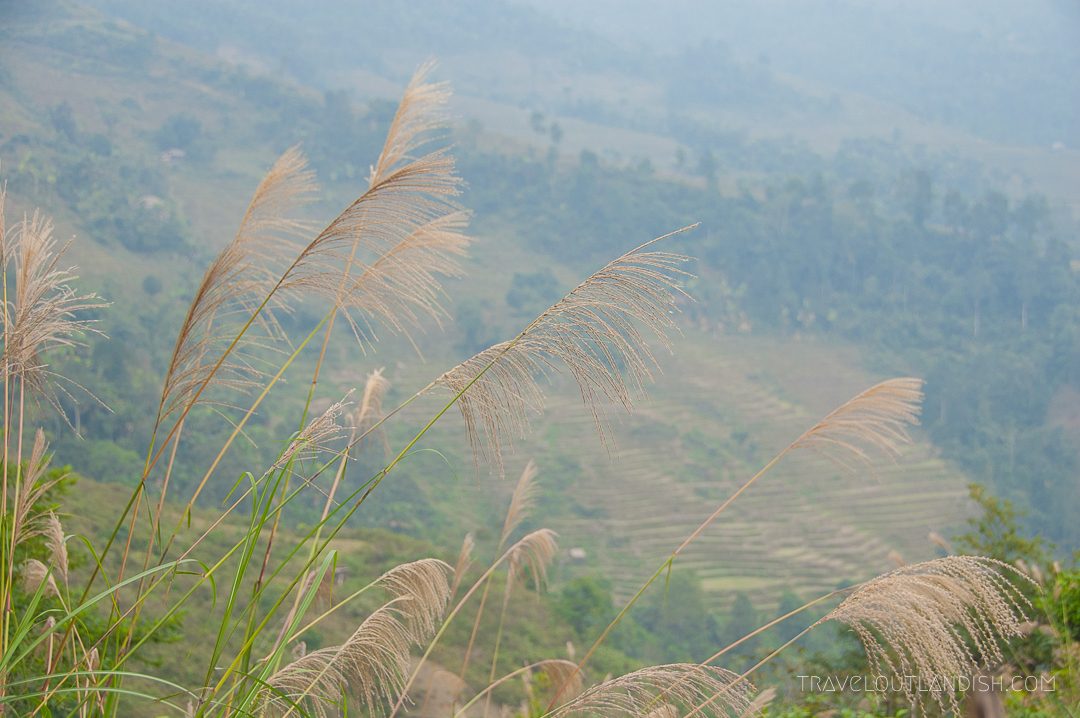 How to Get There

You can get from Hanoi to Ha Giang by bus, motorbike, or by private transfer.

By Bus: You can catch a bus from Hanoi to Ha Giang at My Dinh station. The trip will take about 7 hours and should cost no more than $10. I hilariously ended up on a daytime bus with beds instead of seats, so the journey was bumpy but comfortable enough.

By Motorbike: It’s not uncommon for travelers to explore Northern Vietnam by motorbike. If you’re the adventurous type, perhaps there’s no better way to get to Ha Giang. You’ll get some of the world’s most spectacular views along the way, and enjoy more freedom than you would on a bus or an organized tour.

By Private Transfer: If you book a Ha Giang tour that begins in Hanoi, it will usually include minibus transfer. While this is the most expensive option, it is without a doubt the easiest way to get to Ha Giang. 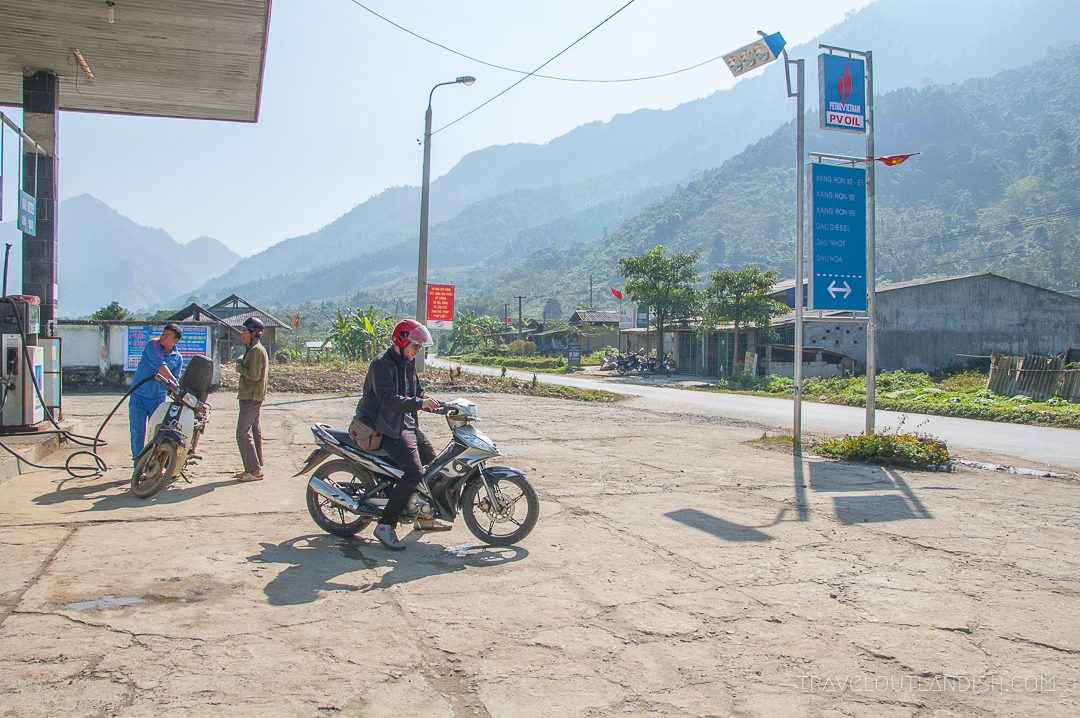 Most treks in Ha Giang range from 2-to-5 days. While you can’t trek from Ha Giang itself, there are trails starting from small villages nearby.

The best-known trekking district of Ha Giang is Đồng Văn, but in order to visit, you’ll need to pick up a permit (appx. $10) from the Ha Giang Immigration Office. We were short on time, so we opted for a 2-day guided trek starting from Ha Thanh (about 11km away) with an included homestay.

Our trekking guide had learned basic English in an immersion program for local farmers, but he knew the route better than most people know the corners of their own backyards. Over the course of two days, we trekked past villages, recently-harvested rice fields, and buffaloes, stopping off in local homes for meals along the way with a homestay was in Tay ethnic village.

Independent Travel: To arrange an independent trek, just catch the bus Hanoi to Ha Giang. We booked a night at the Truong Xuan Resort and spoke with the front desk upon arrival.

They set us up with a trek through Ha Giang – Responsible Tourism (from $99). While the local guides spoke very limited English, they were from the area, had reliable knowledge of the route, and took care of the logistics.

Tours from Hanoi: The easiest way to go trekking in Ha Giang is to book with an operator based in Hanoi, though you’ll pay a lot more for the convenience. Ha Giang tours from Hanoi include round-trip transport, accommodation, meals, and an English speaking guide (from $500/person). 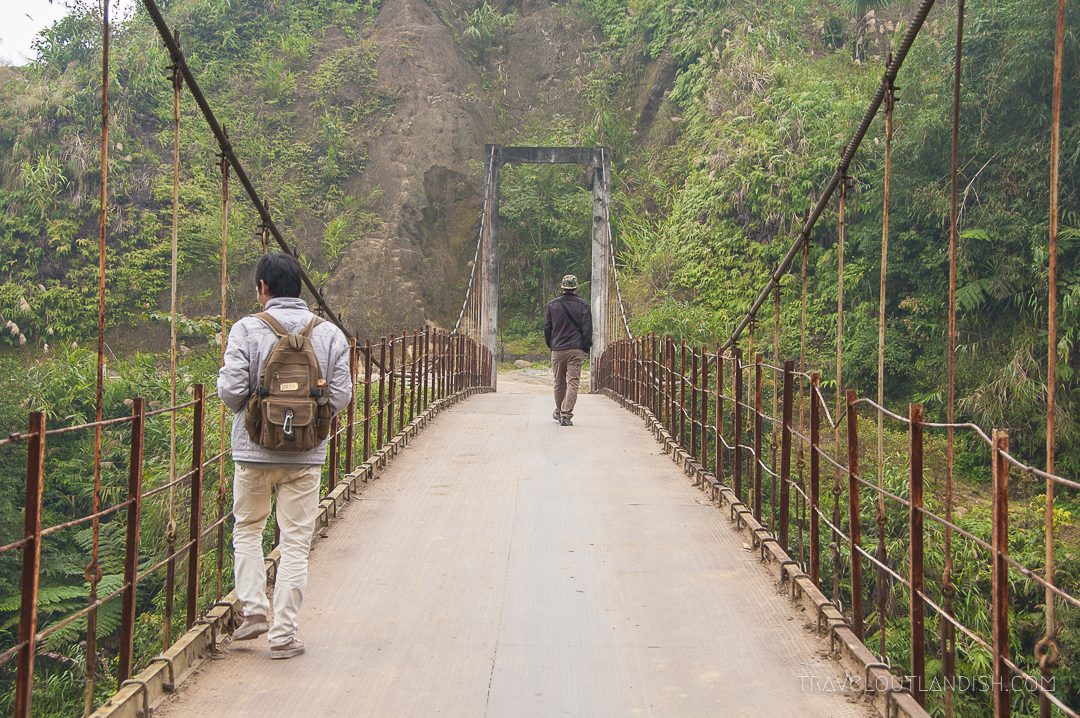 Accommodation in Ha Giang is simple at best, but there are a few hotels that you might consider.

Truong Xuan Resort | With gardens and a collection of bizarre birds, the Truong Xuan Resort was certainly a distinctly Vietnamese experience. The rooms themselves are comfortable-yet-ordinary, but I’d gladly stay again for the spectacular view of the river and the mountain. Doubles start from $26.

Ban Tuy Homestay | Homestays in Ha Giang offer basic facilities (floor mats and mosquito nets in an open-air house) but this experience is excellent if you’re looking for a genuine cultural exchange. Doubles from $8.50. 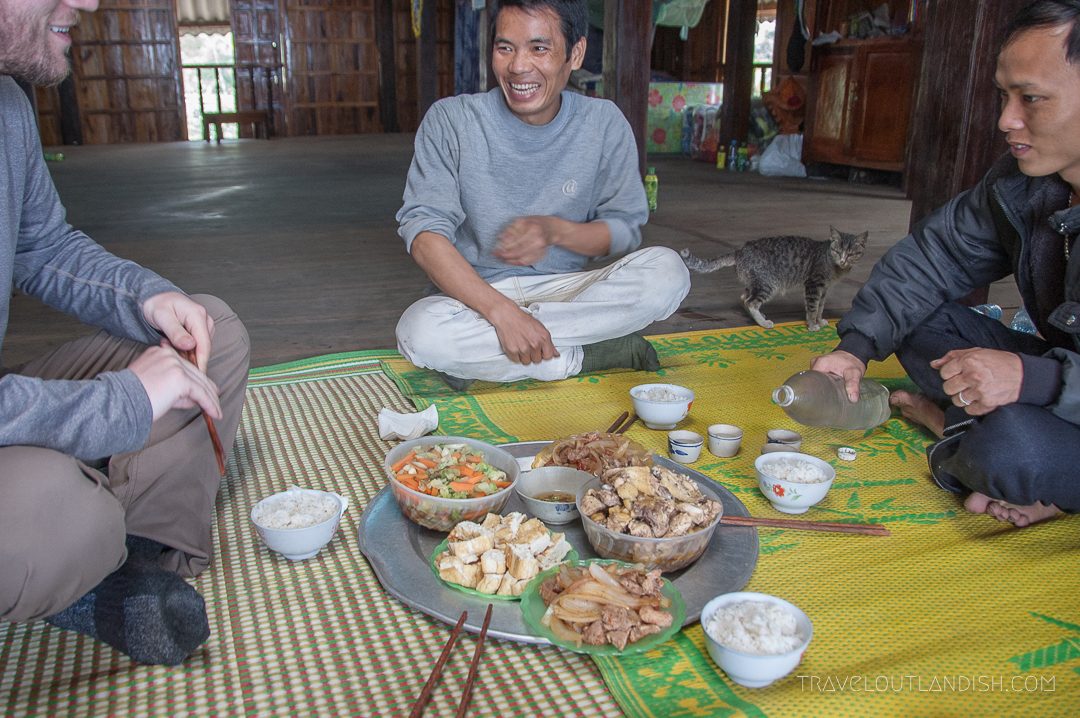 December in Ha Giang is just after rice harvest, which meant a lot more mud and half-grown fields than I would have hoped! The best time to go trekking in Northern Vietnam is between October – December. You’ll experience limited fog, moderate rainfall, and perfectly comfy temperatures. 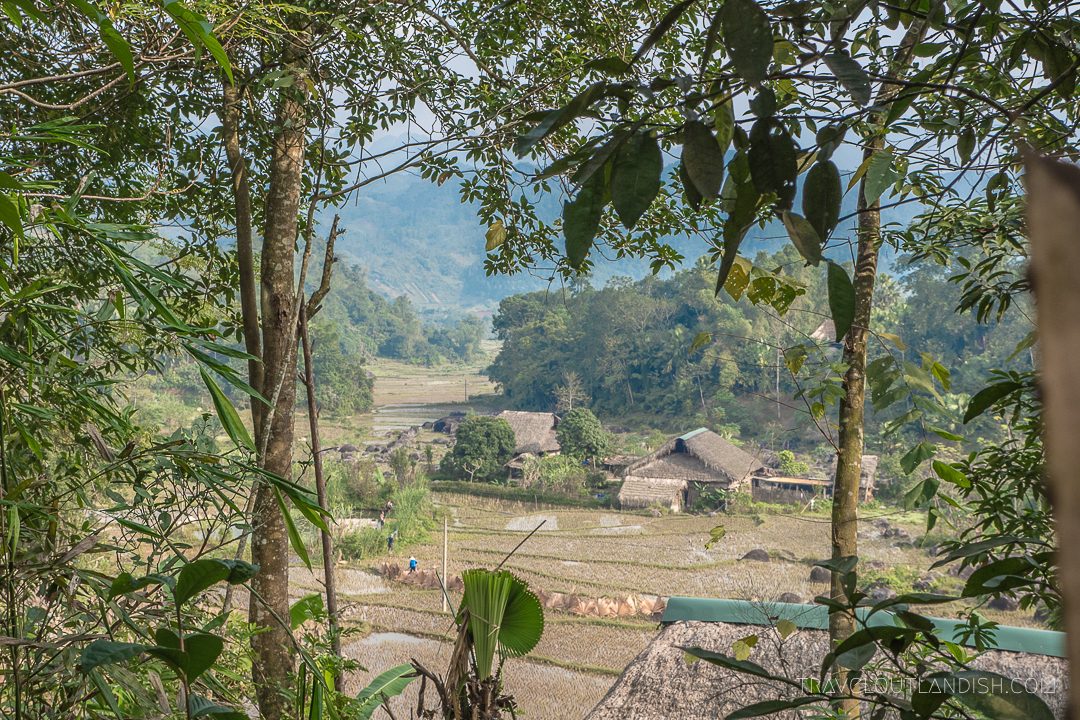 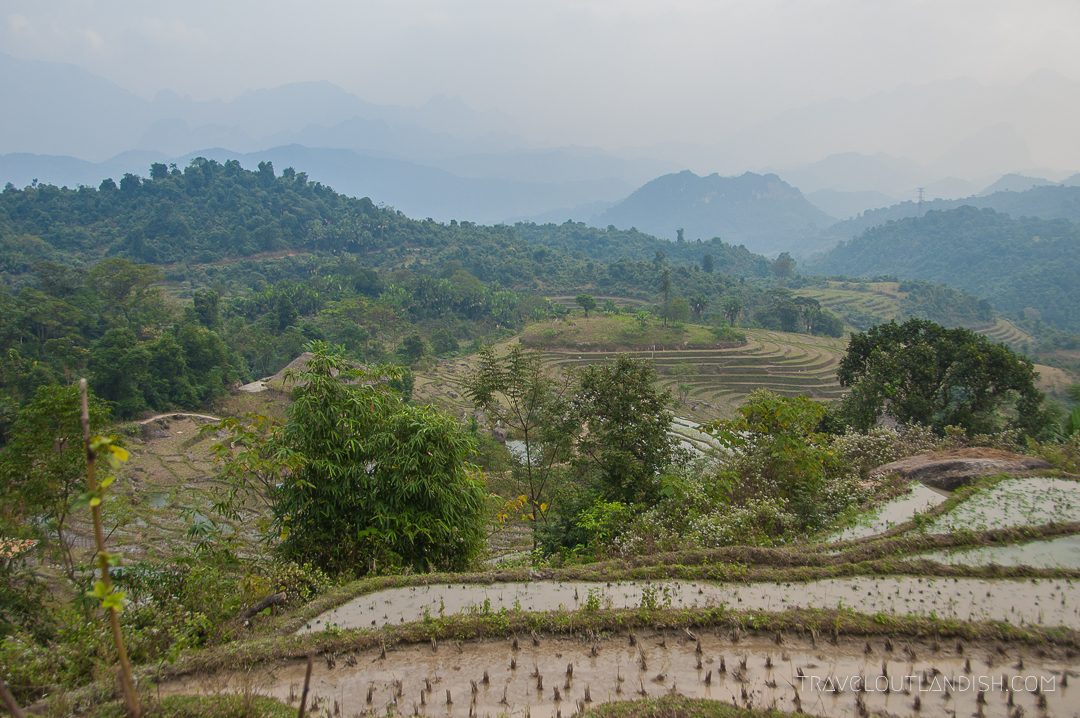 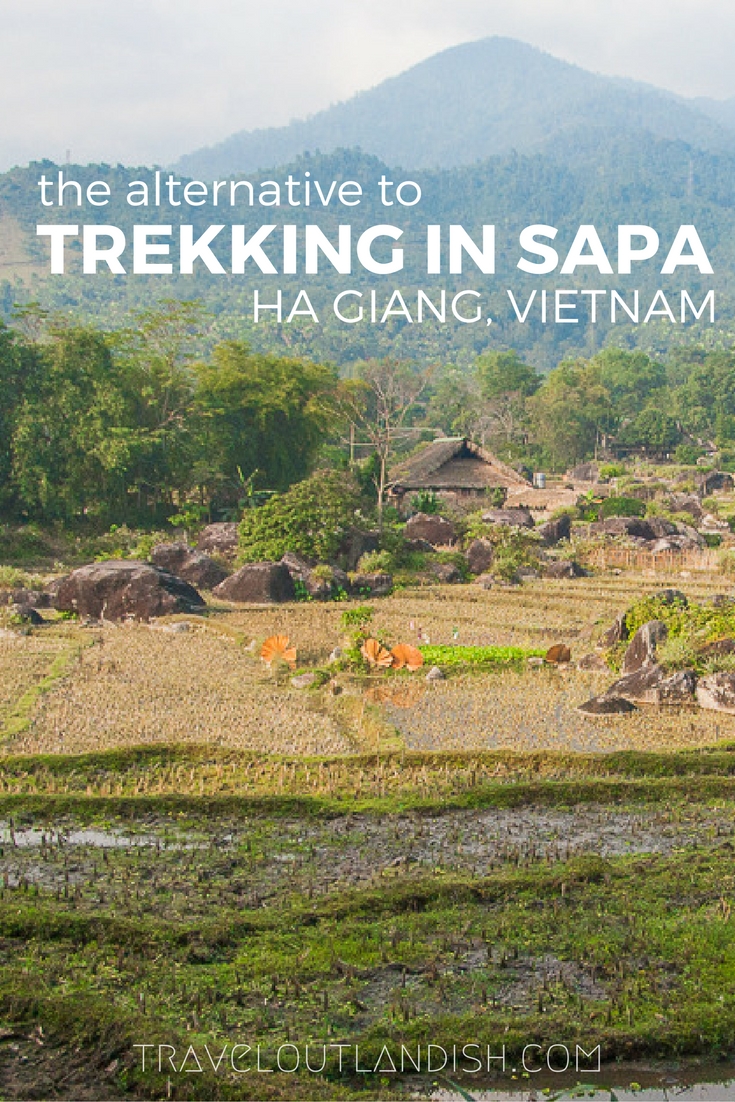 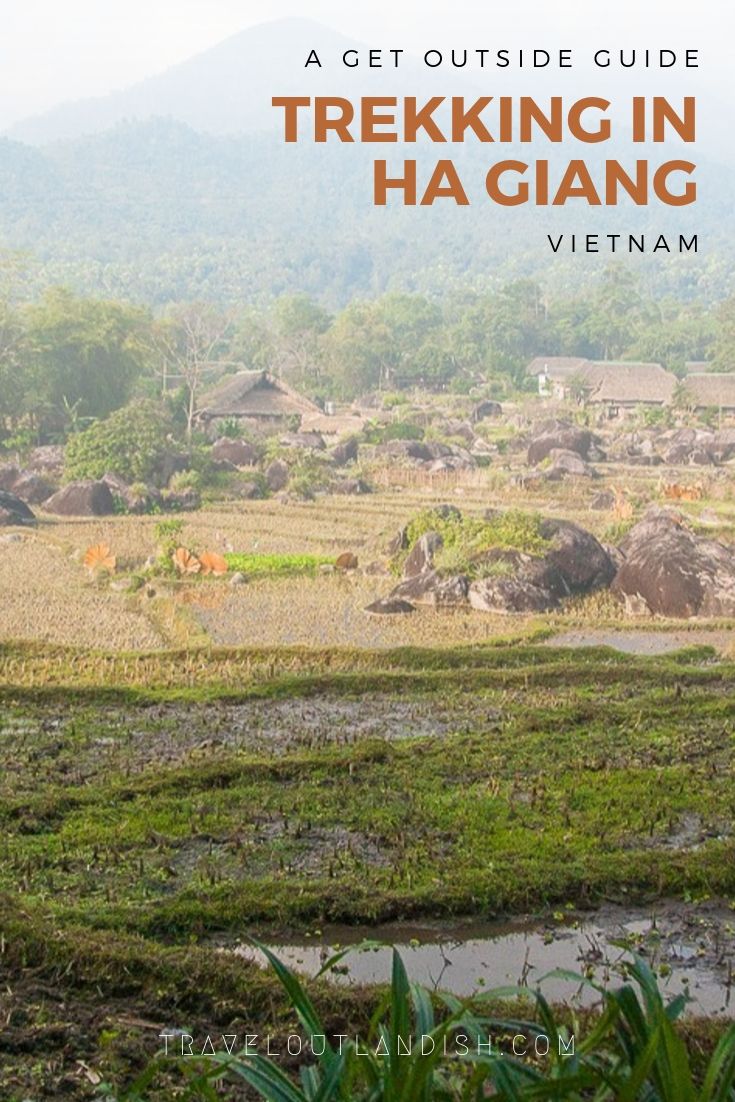 Have you ever been trekking in Northern Vietnam? What out-of-the-way treks would you recommend? And if you’re traveling in Vietnam…