What the Hell is a Snow Festival? | Japan 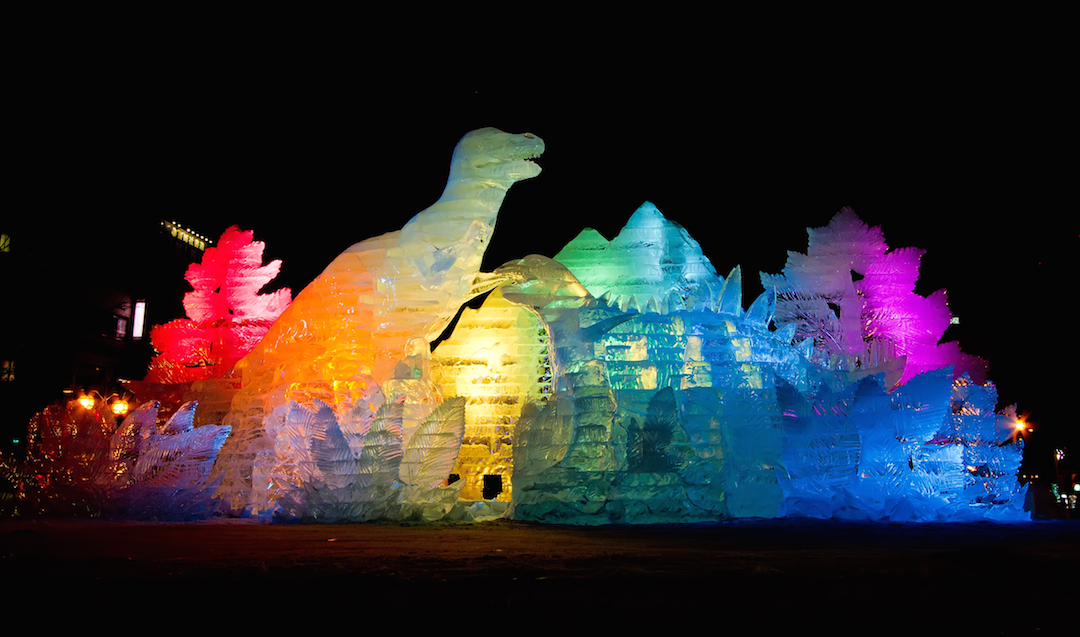 What is the Sapporo Snow Festival? Festival
Where is it? Sapporo, Japan
How much does it cost? Free
How long do I need? 2 days

Sapporo is more than just a beer served at sushi restaurants – more significantly, it is the capital city of Hokkaido, the  northern island of Japan. With approximately two million people, Sapporo, Japan is a vibrant city that mixes modern Japanese culture with the culture of the Ainu (the native tribe of the island). Hokkaido is an up-and-coming tourist spot for winter sports lovers. It not only boasts some of the best and longest ski runs, it also has a tranquility about it from being the least densely populated part of Japan.

About the Sapporo Snow Festival

During the Sapporo Snow Festival, there are over 400 different snow or ice sculptures. Most of these are located in Odori Park, where you can see the real giants of the event. These sculptures stand up to 80 feet tall and have various themes, ranging from local manga characters to Star Wars scenes and just about everything in between. There are also other activities in Odori, from ice skating to eating yakitori.

The Sapporo Snow Festival attracts over two million tourists, so the city has a much different atmosphere than the rest of the year. There will be a lot more Japanese visitors from other region, along with Australians, New Zealanders, Thai, and a handful of Europeans. 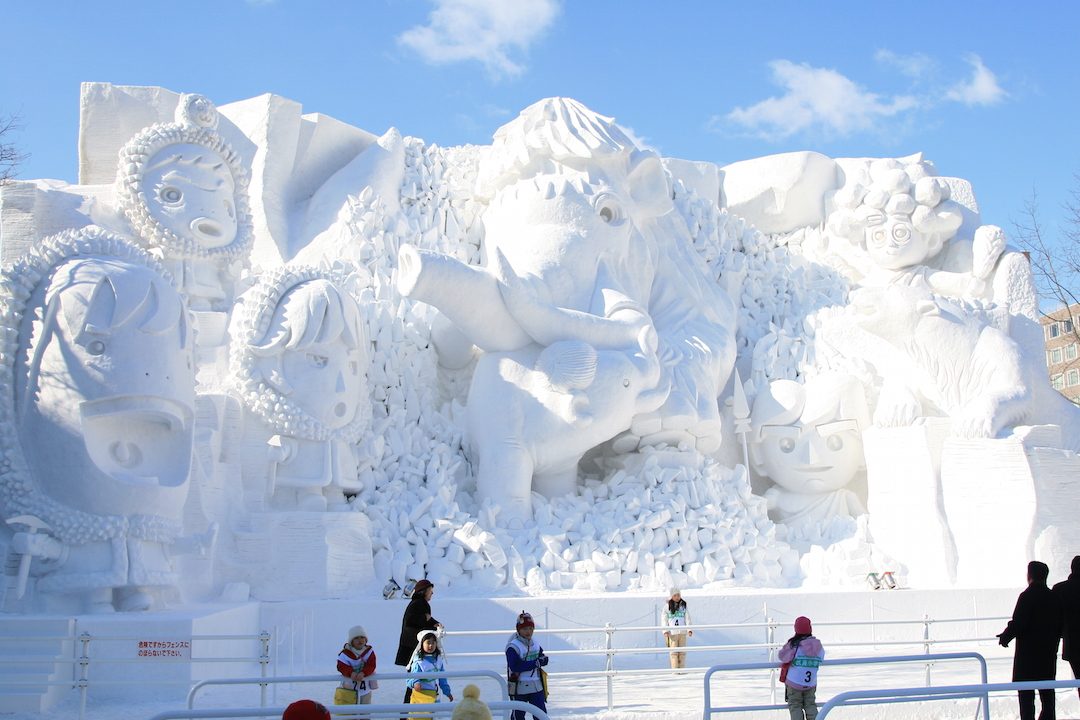 When is the Sapporo Snow Festival?

The Snow Festival in 2017 ran from February 6–12, but dates for 2018 haven’t been announced just yet. In any given year, the Sapporo Snow Festival dates are the first week of February.

Where is the Sapporo Snow Festival?

The Snow Festival itself is located in downtown Sapporo. The giant snow sculptures are in Odori Park, and in Susukino (the nightlife section of Sapporo) there are smaller but intricate ice sculptures for blocks. There are very few direct flights to Sapporo. The most common option is flying into either Tokyo (Narita) or Osaka, and flying to Sapporo from there. To make matters even trickier, the closest airport to Sapporo kind of far and taking a taxi is about the most expensive thing… in the world. So I would recommend asking around for the JR train to the city. Most of the airport employees understand enough English to point you in the right direction. It is about 1000 yen one way and will get you close to downtown.

If you can spend a couple extra days exploring, some other amazing activities include: visiting an onsen at any of the local hot springs, skiing/snowboarding at Niesek, and taking the train to Otaru. Haven’t had enough with the ice festivals? Don’t forget to check out the Harbin Ice Festival  in neighboring China!

Have you ever seen The Sapporo Snow Festival? What was your favorite sculpture? Share your comments below!