Fantastic American Street Food + Where to Find it | USA

Street food in the USA is known to be a real heart-stopper. The cuisine is powered by the idea that anything can be made better with cheese, and it’s perfectly acceptable for food to be measured in feet. If it’s good fresh, just imagine how good it will be when you fry it!

Of course, American homes are more likely to cook up vegetable curries or grilled salmon, but if you’re looking to go hard with the very best of Americana, look no further than American street food. We’ve got hot dogs, donuts, and cheesesteaks. All the stereotypes are aggressively represented! And if you’re more into tacos, croquetas, or dim sum, we’ve got influences from all over the world cooked right into our culture.

Street Food in the USA

Hungry? We collaborated with other travel bloggers to curate the best street food in the USA. Here’s what they came up with.

“There is only one great debate as far as San Francisco residents are concerned. Households are divided, friends are at an impasse, and the “best of San Francisco” lists always seem to inspire harsh rebuttal. Seriously. Ask anyone who eats tacos on the regular, and you’ll get a different answer.

The San Francisco taco is simple. Usually little more than corn tortillas, meat, onions, cilantro, and a dash of salsa. But in its simplicity, the SF Taco is without a doubt one of the best things you can dine on during your time in San Francisco.” Taylor of Travel Outlandish on the Best Tacos in SF 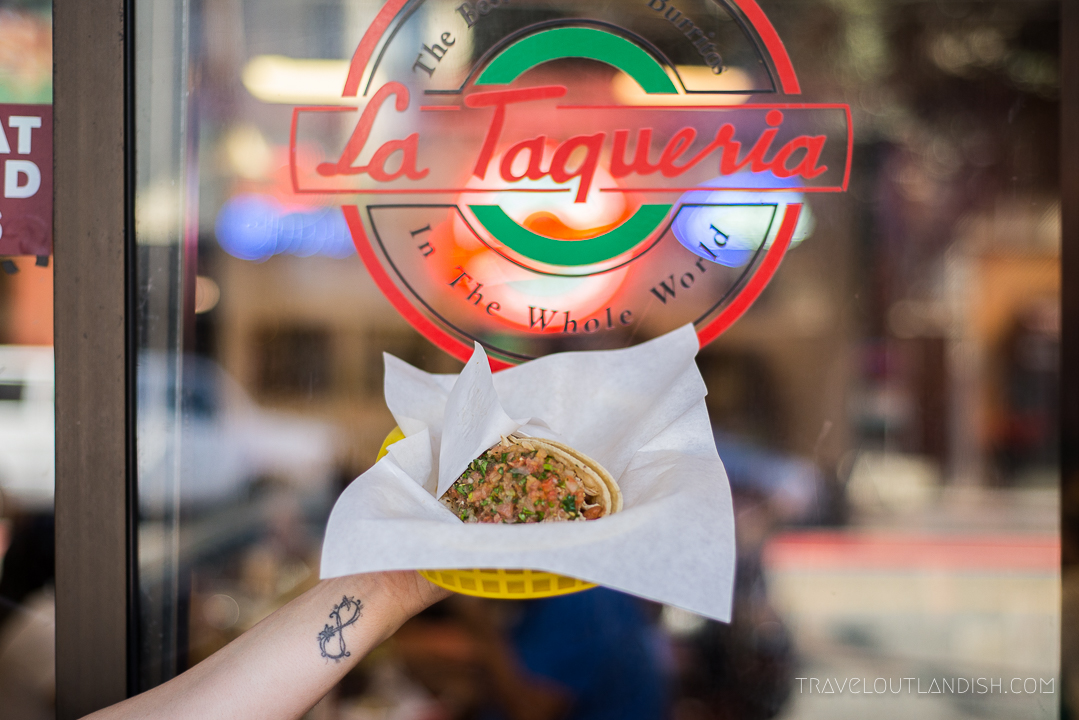 Where to Eat Tacos in San Francisco:

Plan Your Trip: Find a Tour in San Francisco

Read More: 101 Unique + Fun Things to do in San Francisco 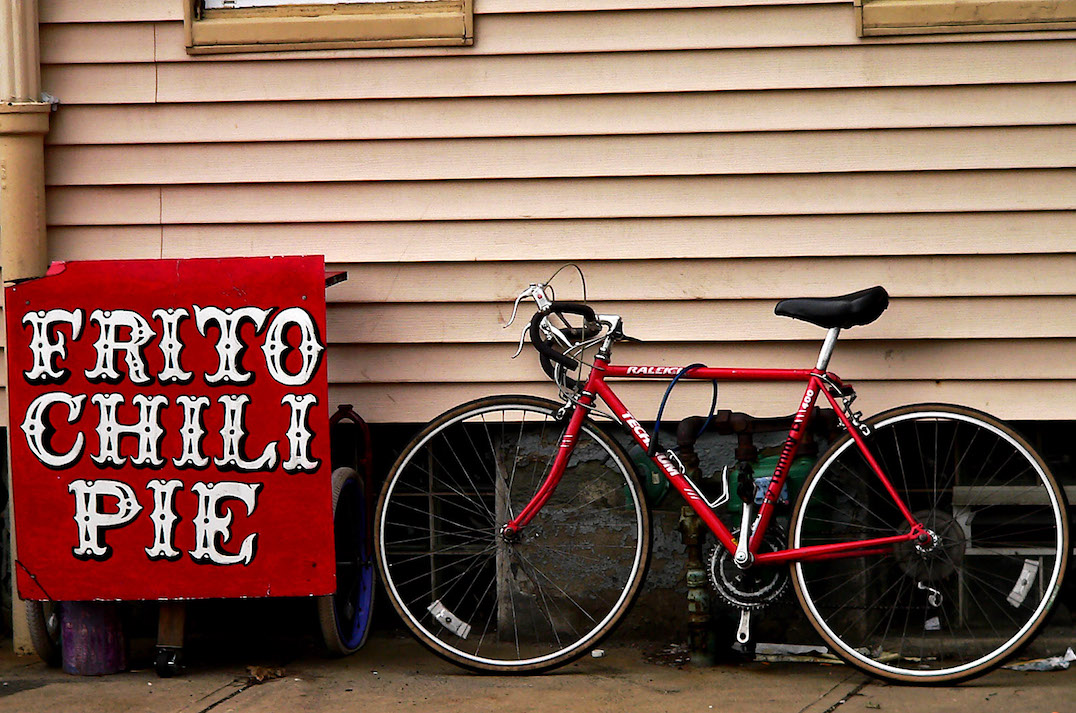 Where to Eat Frito Chili Pie in Albuquerque:

Characterized by the all-beef dog on a poppy seed bun, hot dogs are a must-eat for anyone visiting Chicago. Do yours up with a little dash of anything, whether it’s mustard, white onions, or celery salt. 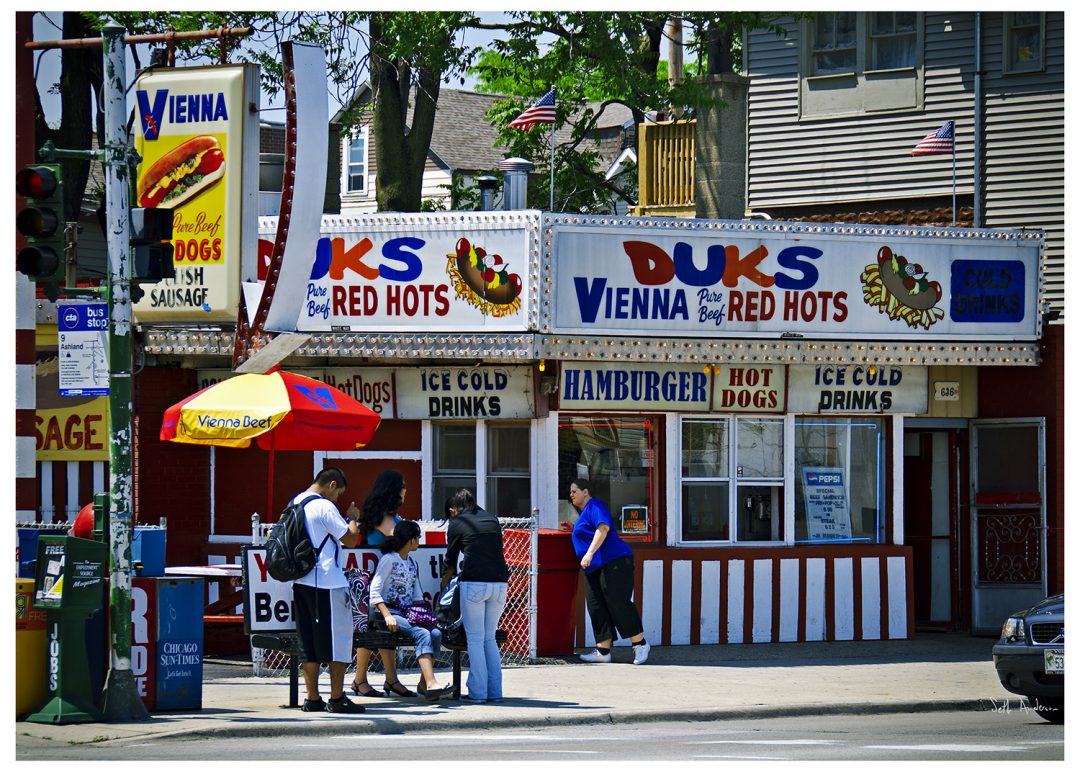 Where to Eat Hot Dogs in Chicago:

Plan Your Trip: Find a Tour in Chicago

“If you have been to Boston, there is no way you have not been tempted by the epic grilled cheese sandwich. This comfort food comes in as many variations as possible here. The feeling of biting into a freshly grilled sandwich with oozing melting cheese and all the goodness in between is just on top of the world. We loved our first experience of this Boston’s special from a food truck and try it every time we are in the city.” – Pujarini of My Soul Travels on family travel 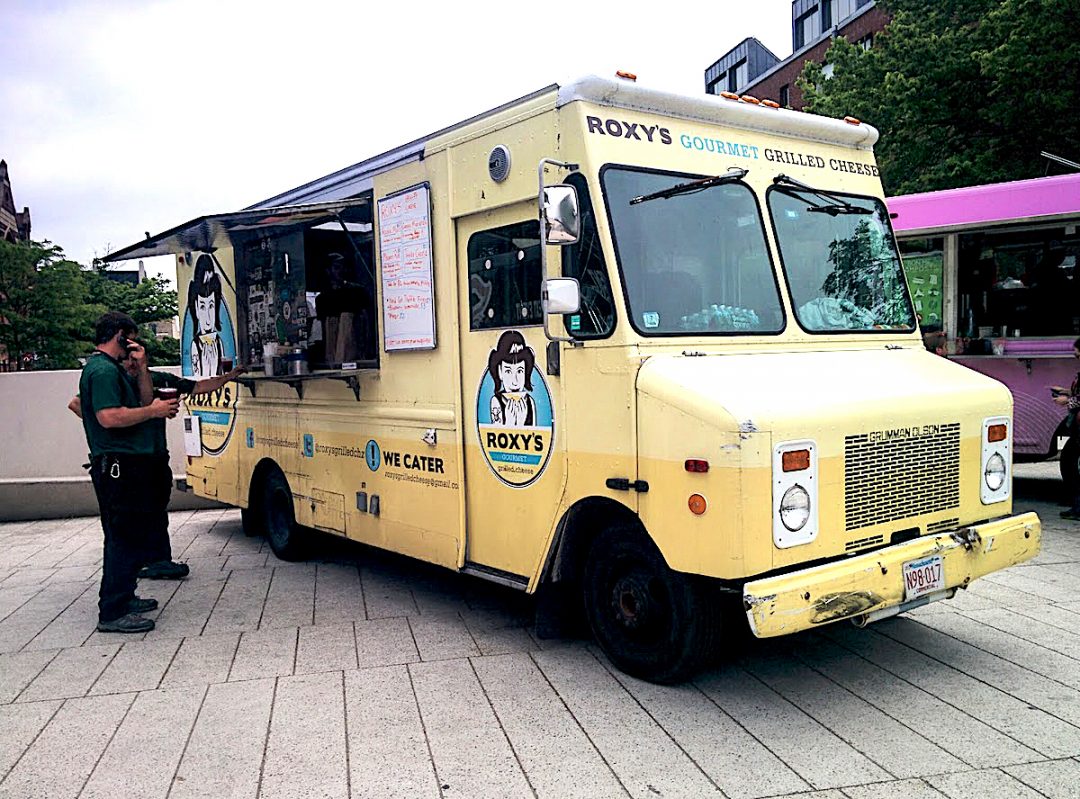 Where to Eat Grilled Cheese in Boston:

Plan Your Trip: Find a Tour in Boston

“The lines at Voodoo Donut are LONG, but they’re not the only ones serving up legendary donuts in Portland. While donuts used to be associated with mundane storefronts and simple flavors, donuts are kind of having a revolution right now. If you want a taste of Portland, there’s no better place to start than with a donut.” – Taylor of Travel Outlandish on all things Portland 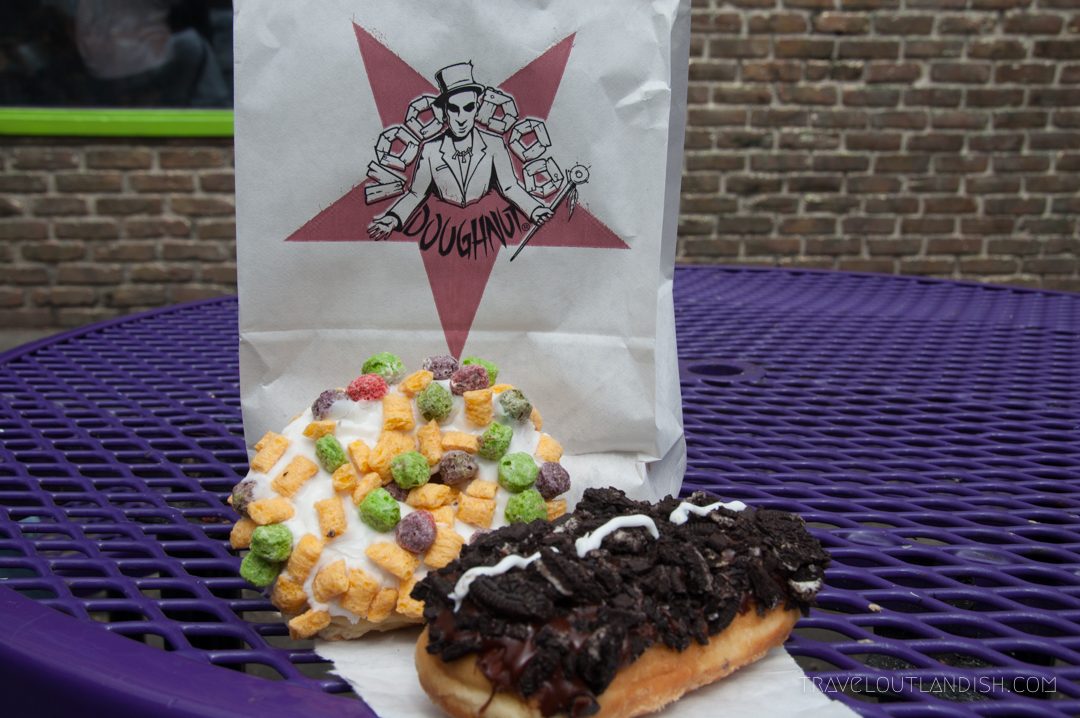 Where to Eat Donuts in Portland:

Plan Your Trip: Find a Tour in Portland

Read More: 51 Unique + Fun Things to do in Portland

“What makes the Fish Tacos in America’s finest city that special is easy to tell: it offers almost endless variety. Whether you are looking for a shark taco or a fancy ocean fish, grilled or fried or even battered, there is no delicious fish taco you can’t find in San Diego.” – Michael of MSCGerber on all things San Deigo 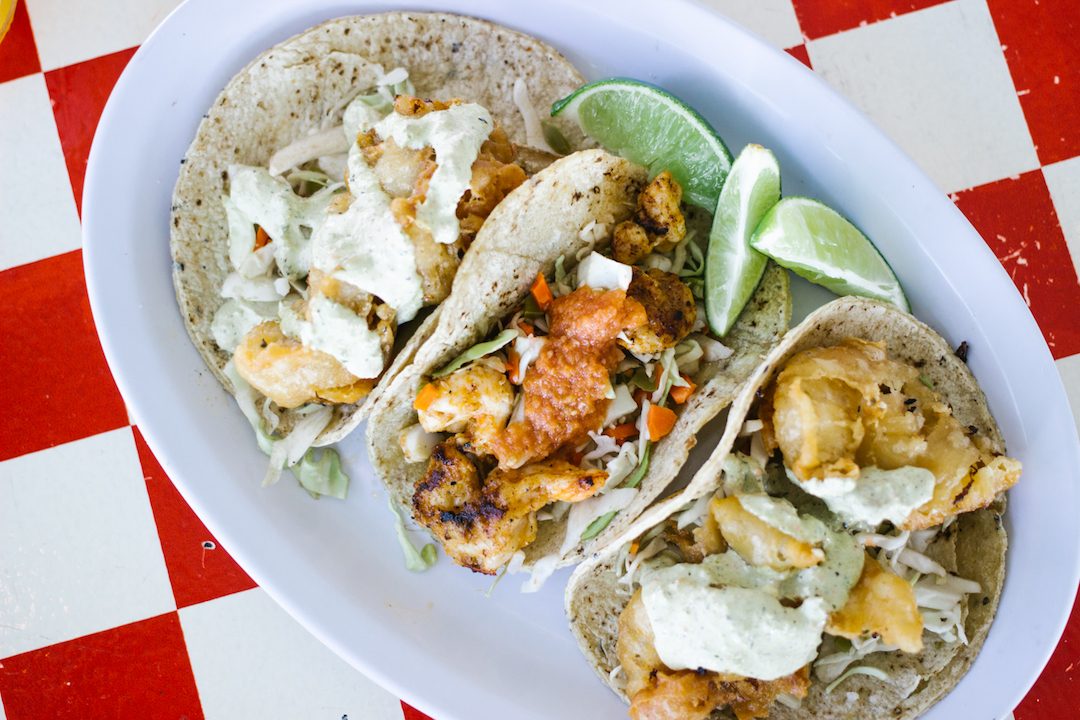 Where to Eat Fish Tacos in San Diego:

Plan Your Trip: Find a Tour in San Diego

“BBQ in Austin is a serious process. Texas BBQ usually refers to low and slow-cooked brisket, served with a side of white onions, pickles, and (very) plain sliced white bread. Rather than putting in long hours at home, there are tons of food trucks and BBQ restaurants that have popped up to serve the city’s BBQ craving.” Taylor of Travel Outlandish on All Things Austin 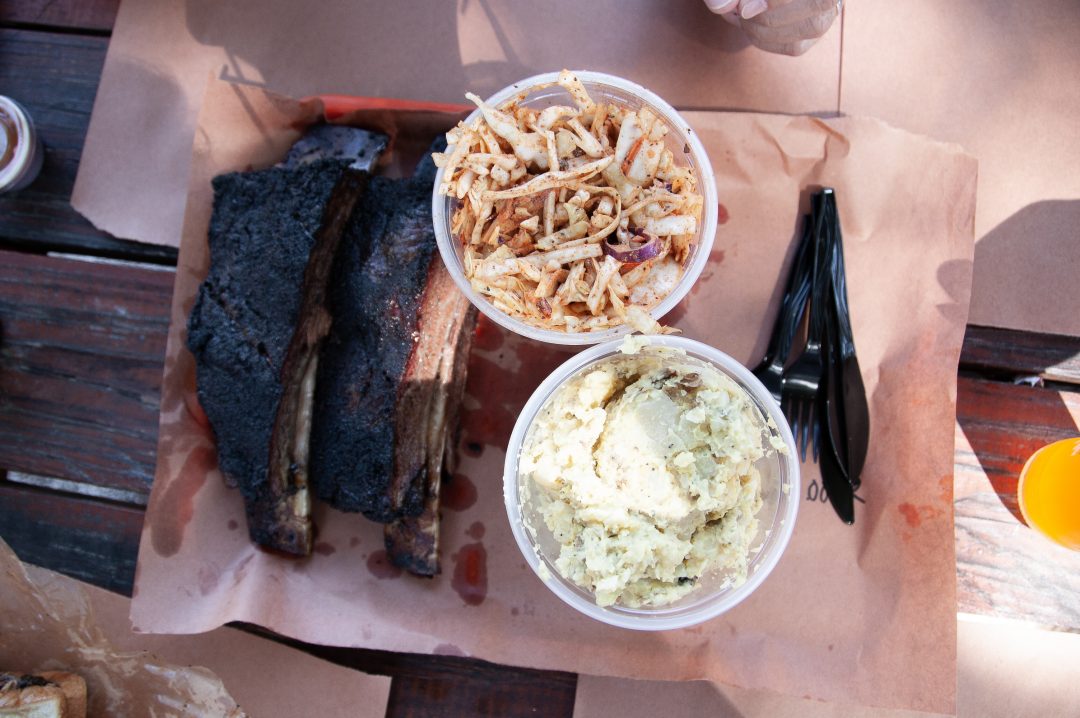 Where to Eat BBQ in Austin:

Plan Your Trip: Find a Tour in Austin

Read More: 51 Unique + Fun Things to do in Austin

“Back in the days, Hawai’i used to be a nation of immigrants. Lots of different nations brought their culture to the islands and with that came various flavors, dishes and ways of cooking. This is how Poke Bowl evolved as it resembles a mix of Japanese, Polynesian and US-American details. Today, it’s the secret national dish of Hawai’i and a truly healthy snack as well as main dish.

Basically,  a Poke Bowl consists of three main ingredients: rice at the very base, marinated, raw fish and some veggies and/or seaweed. In Hawai’i, you’ll find various styles of fish that you can put into your Poke bowl. Mostly, however, it’s spicy ahi, meaning spicy tuna fish or salmon.” – Clemens of Traveller’s Archive on authentic travel 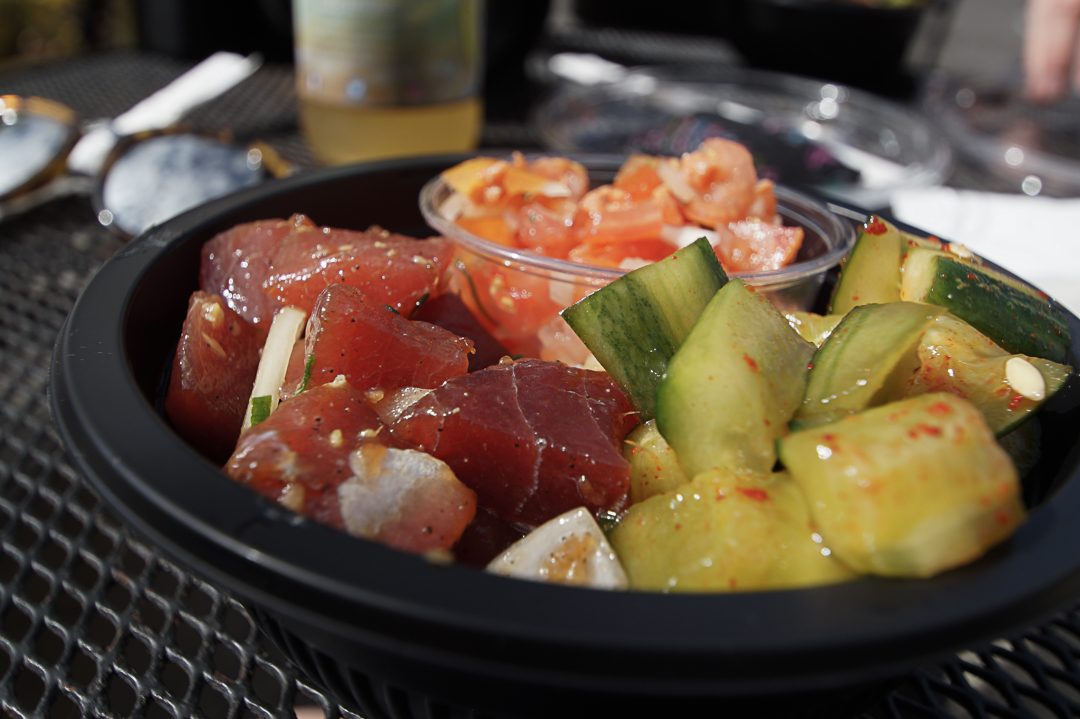 Where to Eat a Poke Bowl in Honolulu:

Plan Your Trip: Find a Tour in Honolulu

“Croquettes or croquetas are one of the most common street foods in Miami. They can be made of many ingredients but the most common are ham and chicken. Generally, they are sold out of cafeteria windows and they can be mouthwatering.

Some of the best places to grab one of these tasty morsels are Versailles and La Carreta on 8th street in Miami’s Little Havana. Another contender for best croquetas in town is Sergios with several locations around the city.” – Talek of Travel with Talek on experiential travel 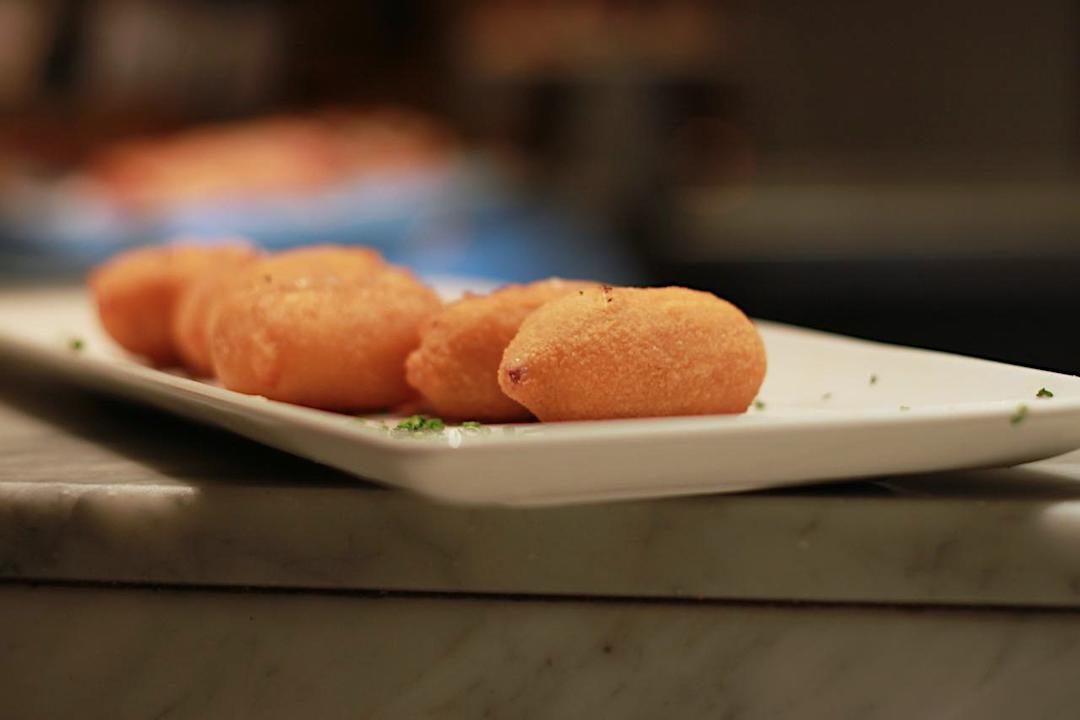 Where to Eat Croquetas in Miami:

Plan Your Trip: Find a Tour in Miami

“The debate rages on: which place has THE best cheesesteak?  The city of Philadelphia has always been the home of the cheesesteak, no one can seem to make it better, but the question is which establishment makes the best version. Pat’s versus Geno’s would be the classic argument, most Philly natives will tell you they are loyal to either one or the other.

My favorite, however, is Tony Luke’s at their original location.  All three locations have that traditional sandwich you’re looking for.  Be sure to brush up on how to properly order a Philly cheesesteak, using “wit” or “wit out” to indicate if you’d like fried onions on your hoagie, and be sure to get “whiz”, the gooey, yellow, cheesy, goodness.  It’s a guilty pleasure not to miss when visiting Philadelphia!” – Abbie of Speck on the Globe on sustainable travel 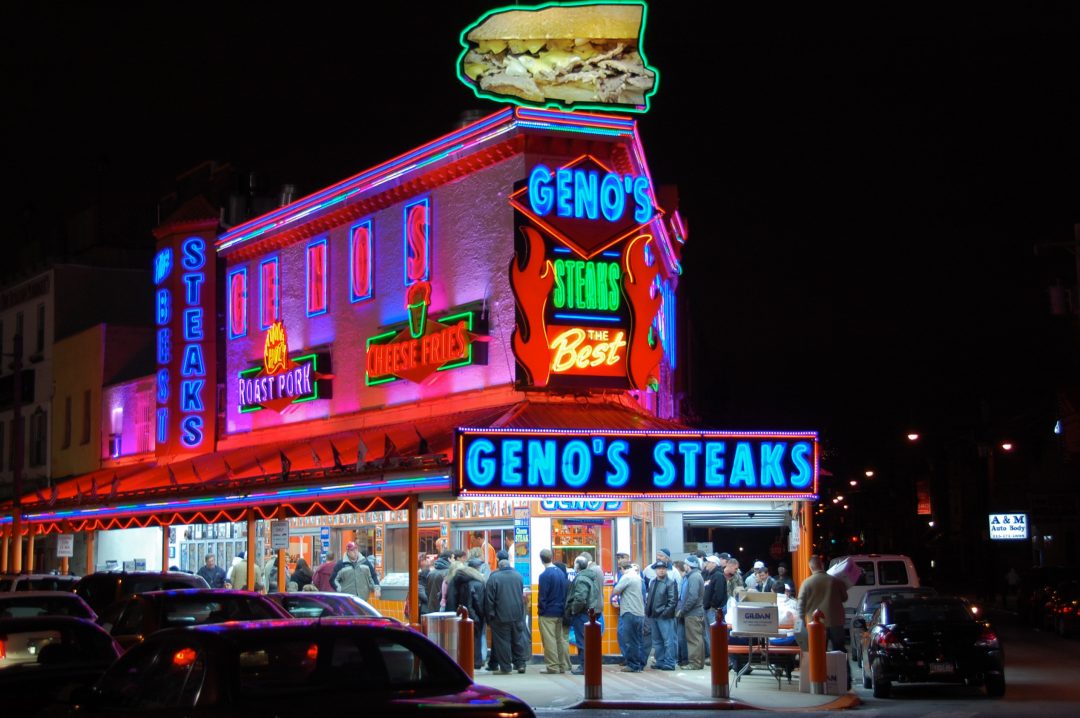 Where to Eat Cheesesteak in Philadelphia:

Plan Your Trip: Find a Tour in Philadelphia

“New York has a vibrant street food scene — and the dumpling may just be king. Whether it’s $1 for 4 fried dumplings at one of the many Chinatown joints which keep college students fed and wallets happy or succulent xiao long bao soup dumplings steamed to perfection in bamboo baskets, you can’t escape the dumpling for long.

I love Vanessa’s Dumplings for cheap fried dumplings in downtown Chinatown and Joe’s Shanghai for amazing soup dumplings. Of all the places to eat dumplings in the city, though, my favorite is Tianjin Dumpling House in a basement shopping mall in Flushing, Queens, where you can get ridiculously good lamb and squash dumplings at the humble price of $6 for 12.” – Allison of Eternal Arrival on everything New York 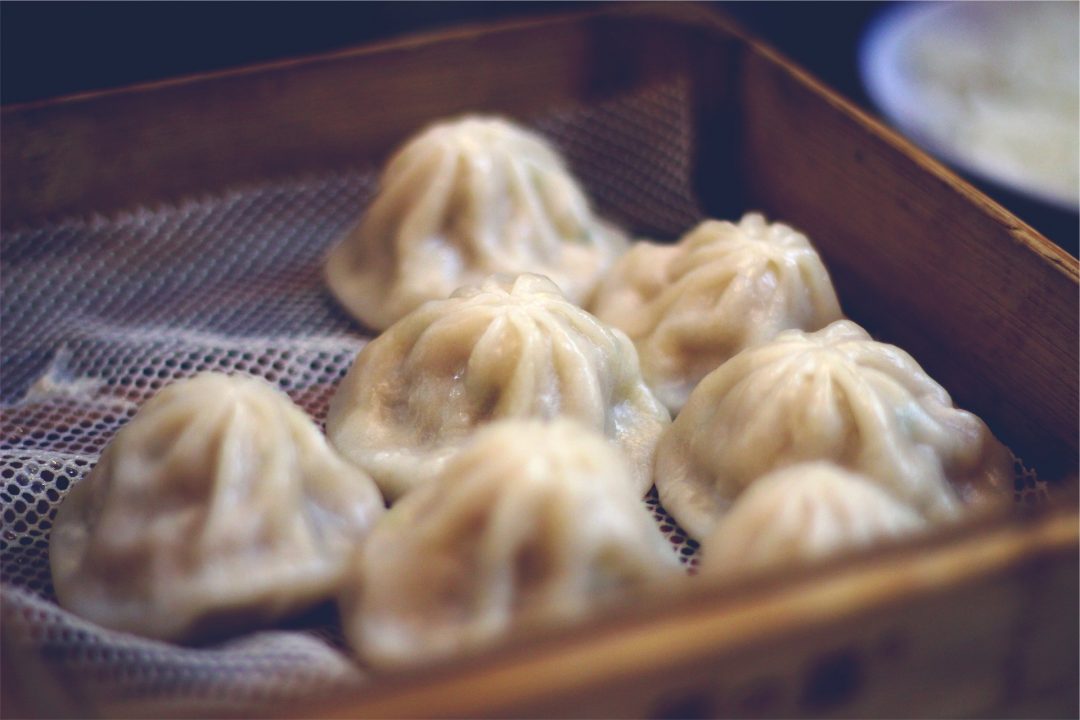 Where to Eat Dumplings in New York:

Plan Your Trip: Find a Tour in New York 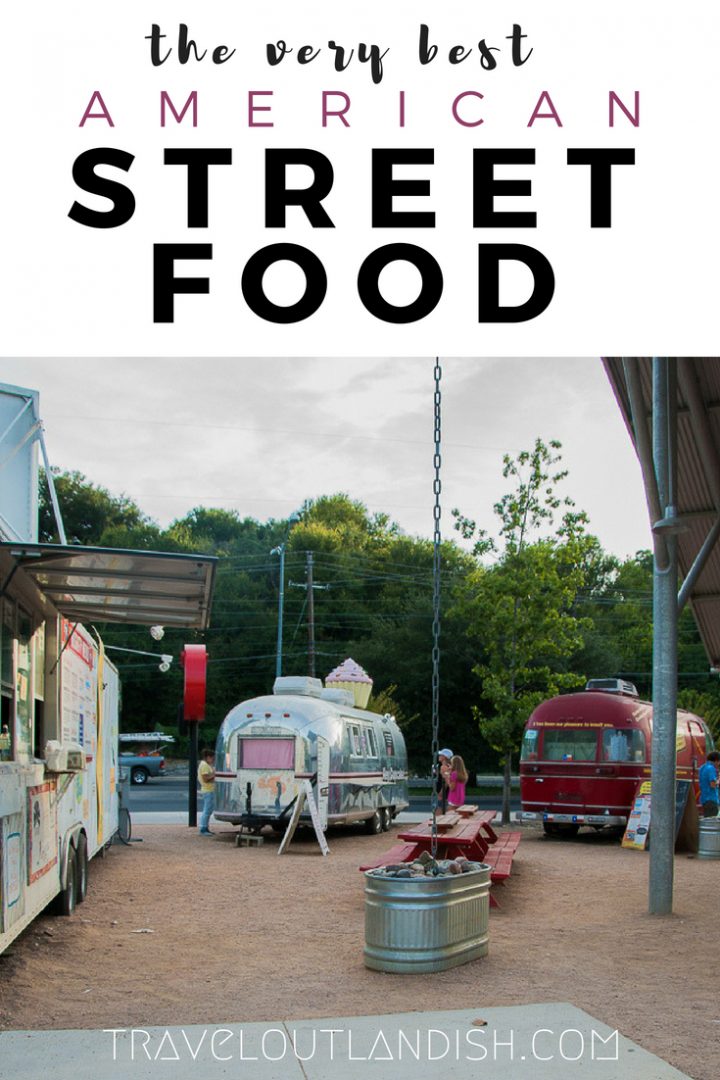 Thanks to everyone who contributed their favorite street food in the USA! Don’t see your favorite thing? Share it with me in the comments below. 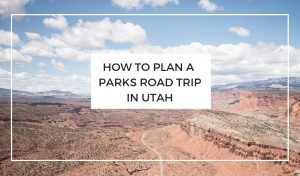