Backpackers seem to have a shared, irrational decision-making process when it comes to transport. Price is king, while we hardly factor in time, enjoyment, comfort, and personal space. Weird pillows and snoring bunkmates have crashed our standards for comfort. We’ve slept on train station floors and sacrificed our stomachs to lukewarm chicken skewers. If a bus is just a bus, then we might as well take the cheapest bus, even if it’s the longest bus… or is it just me?

The journey from Patagonia back to Santiago promised to be a long one. A bit of research yielded indirect bus routes, expensive flights, and a Navimag ferry that was way beyond budget. Hitchhiking was always an option. But then I found the Naviera Austral ferry, and it actually looked pretty compelling. 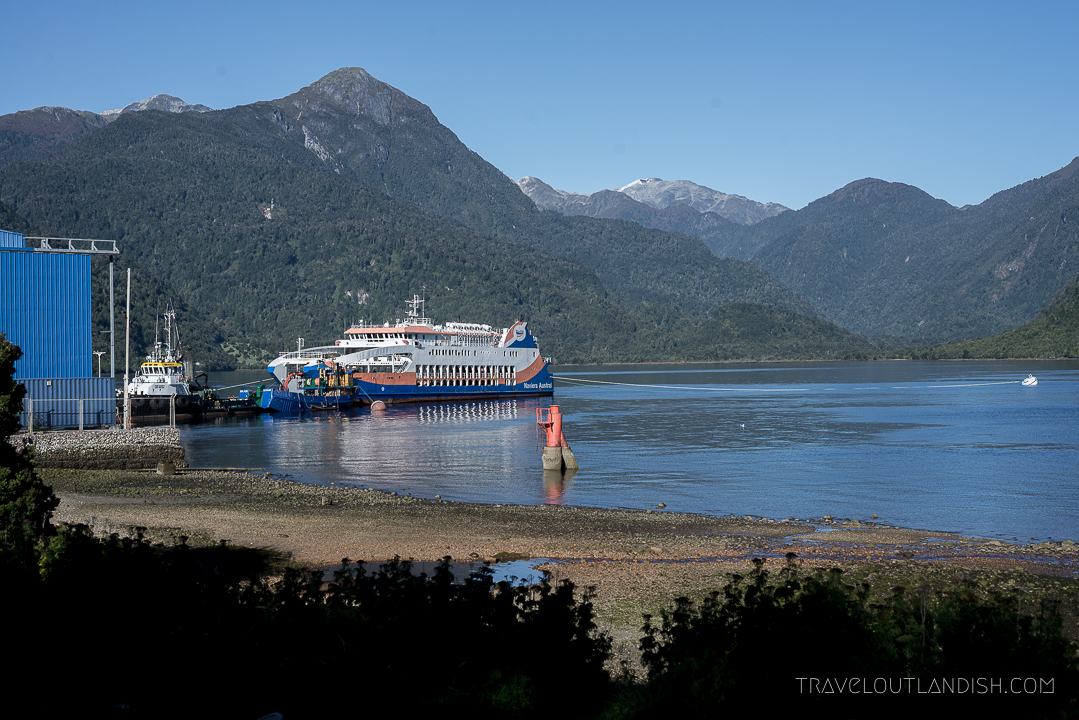 They ran a ferry from Puerto Chacabuco to Quellón that only cost $25 (update: now it’s around $42). Not only was that way less than every other transport option but from my perspective, it was also a 31-hour tour through the Chilean fjords. The experience that could easily have been a glorified long-distance bus ride turned out to be one of my favorite memories from all of South America. It was picturesque and even kind of awesome.

If you’re looking for an alternative way to experience Patagonia, here are some info about booking a ferry in Patagonia and cruising the fjords with Naviera Austral.

Naviera Austral offers ferry services in Chile or passengers, cars, and cargo. Most routes run between the Lake District and Patagonia. They operate two barges – the Queulat and the Jacaf – that seat between 245-286 passengers each.

The boats really are slow (cruising at around 12 knots) but as you’re cruising through the fjords, the journey is good enough to warrant the long hours onboard. 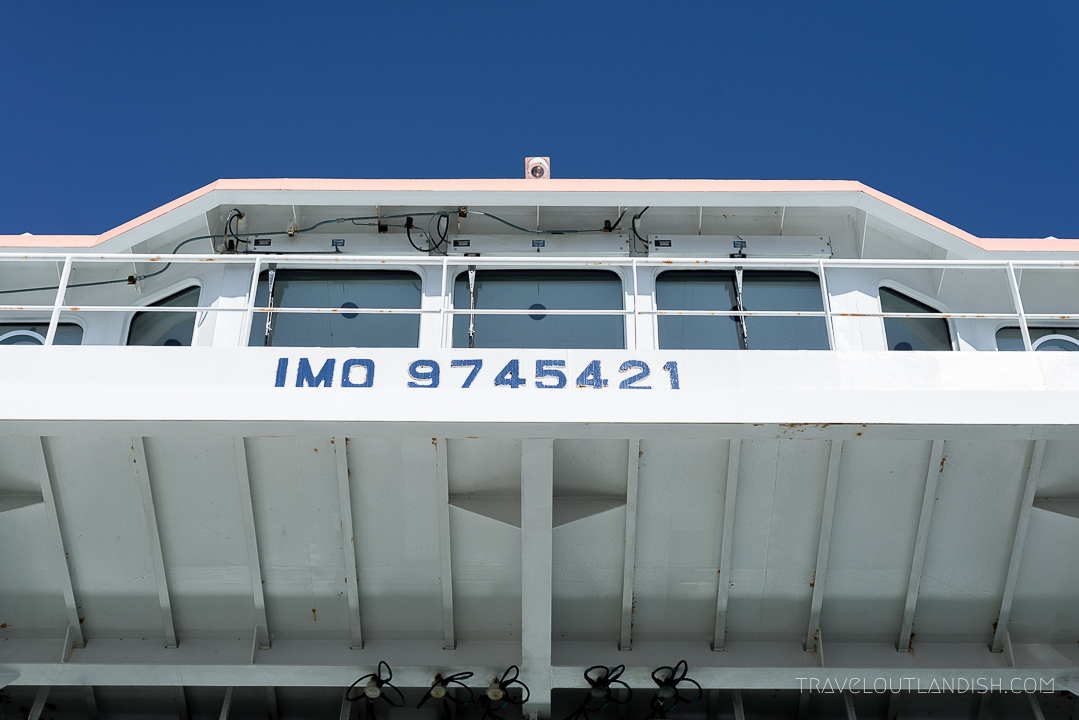 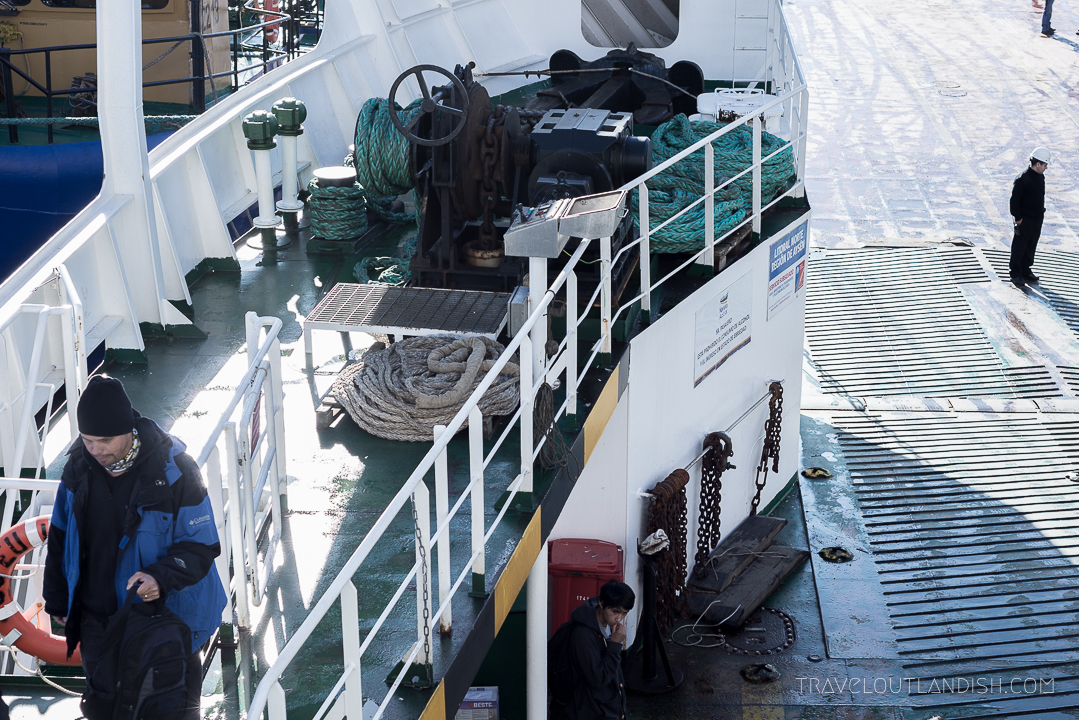 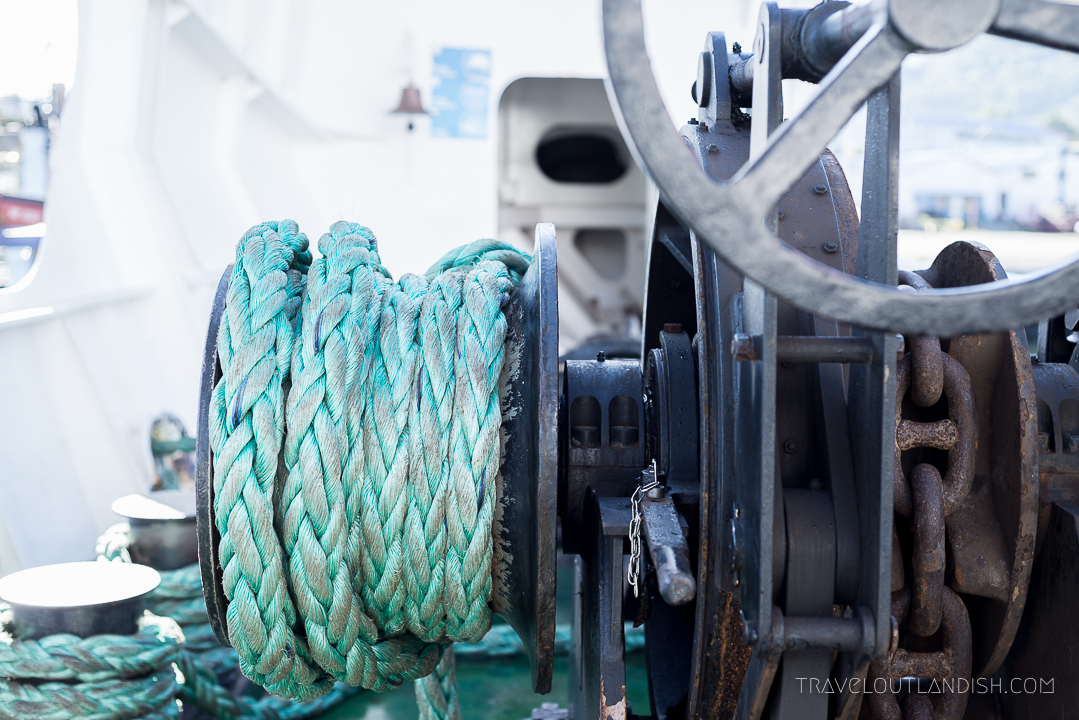 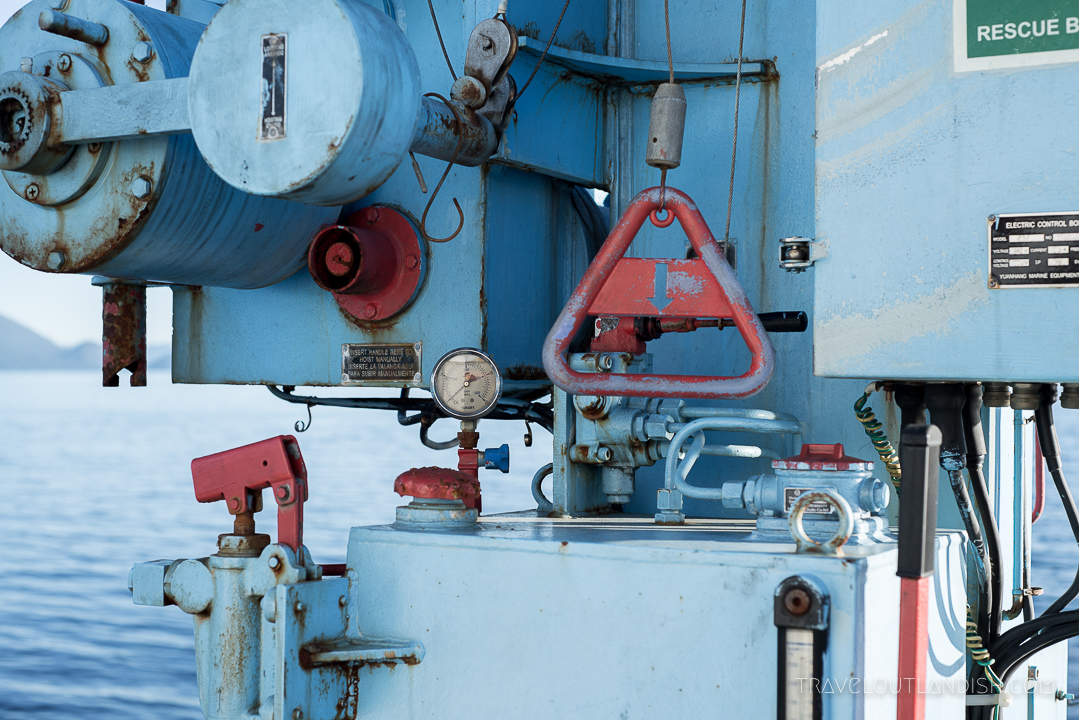 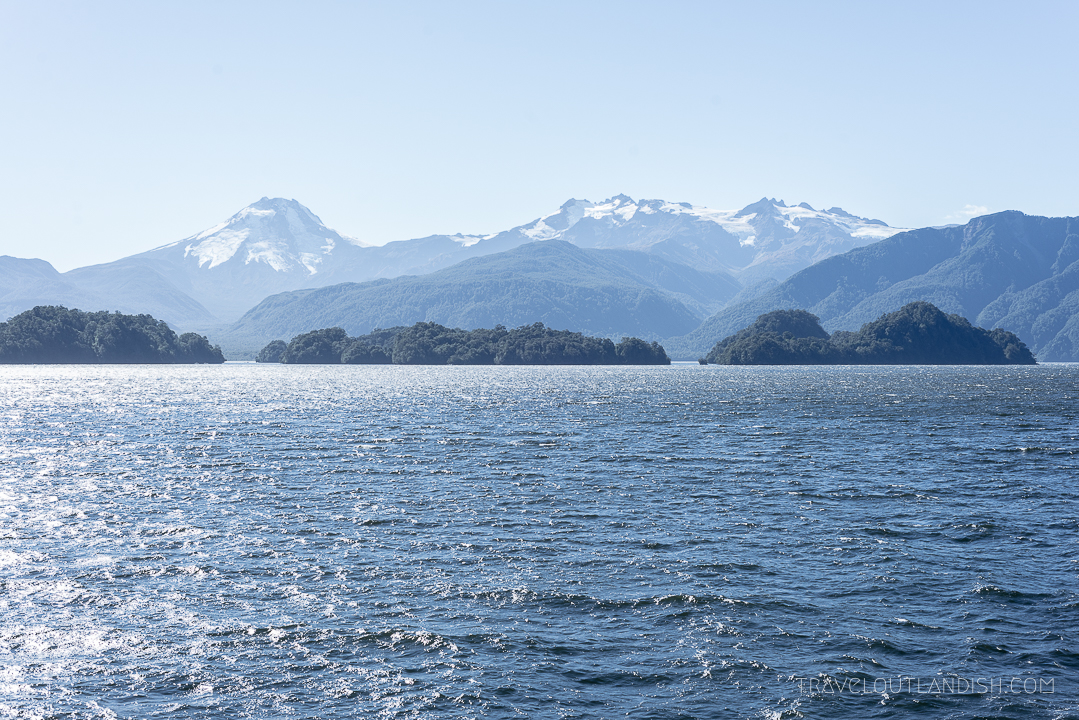 Most of the Naviera Austral ferries run two to three times a week, though the Lago General Carrera between Puerto Ibáñez and Chile Chico has daily departures.

The ferry between Puerto Chacabuco to Quellón is called the Cordillera Route. It takes 31 hours in total and makes seven stops along the way.

Where is Puerto Chacabuco? Puerto Chacabuco is a small town in Patagonia about an hour outside of Coyhaique. It’s a gateway city to Patagonia, but still quite far from Puerto Natales, Ushuaia, and some of the other places that come to mind when you think of Patagonia. It’s a nice town, but the ferry is likely the only reason you’d go.

Where is Quellón? Quellón is a town in Chiloé, an island just off the coast of Puerto Montt. Both Puerto Montt and Quellón are in the Lake District. Most ferries and flights to Patagonia leave from Puerto Montt. 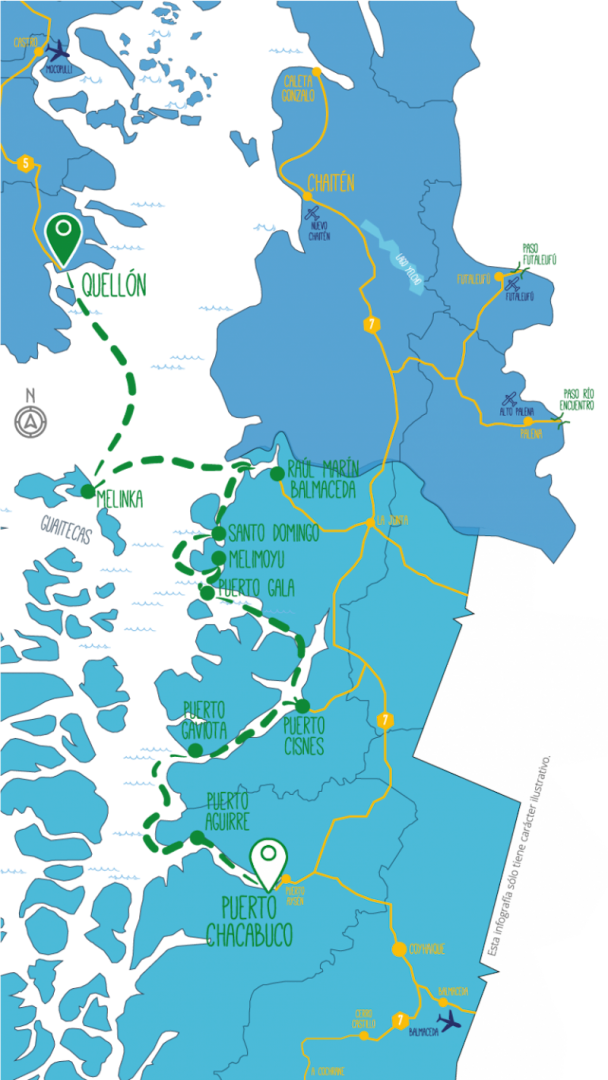 Map of the Cordillera Route from Naviera Austral.

At the time of writing, The Cordillera Route ferry departs from Puerto Chacabuco every Monday and Thursday and Quellón every Wednesday and Saturday. It’s most commonly used by locals traveling between small towns, but some people onboard will join you for the whole journey. Passenger-only fares cost around $42 USD (2020). You can check current departures or check availability here. 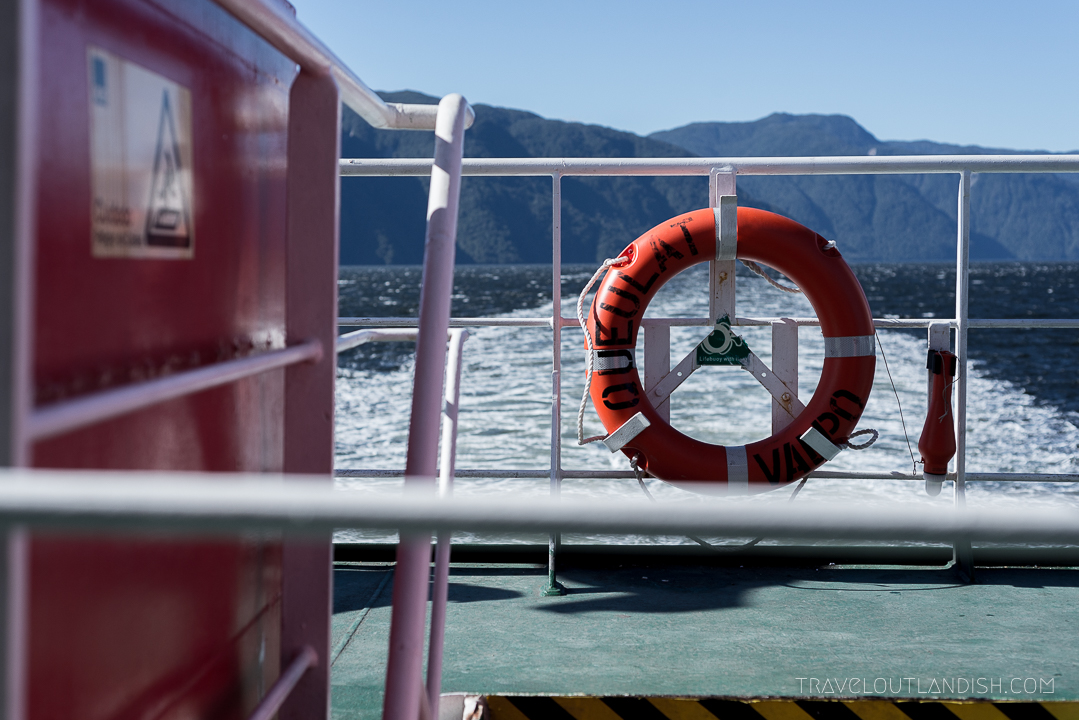 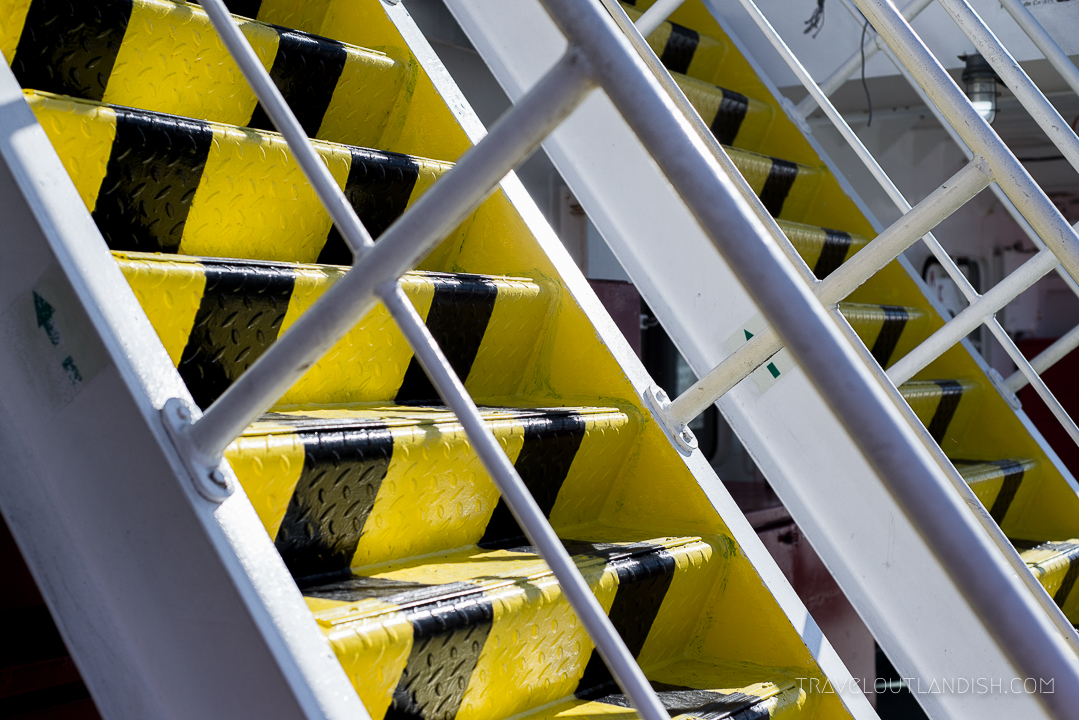 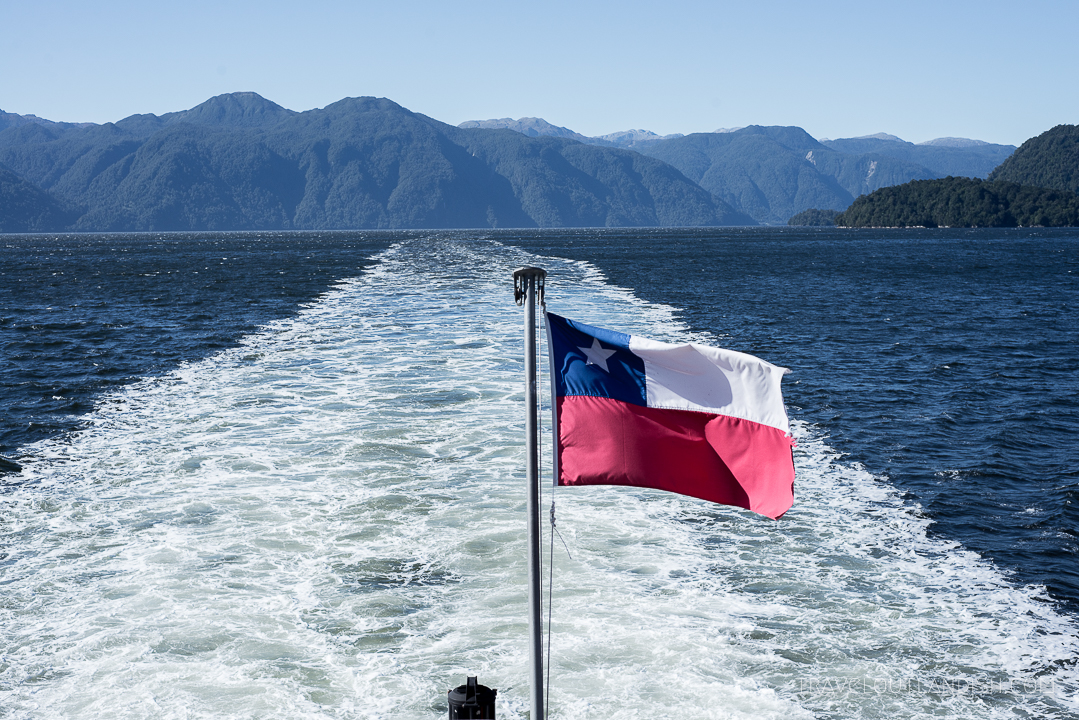 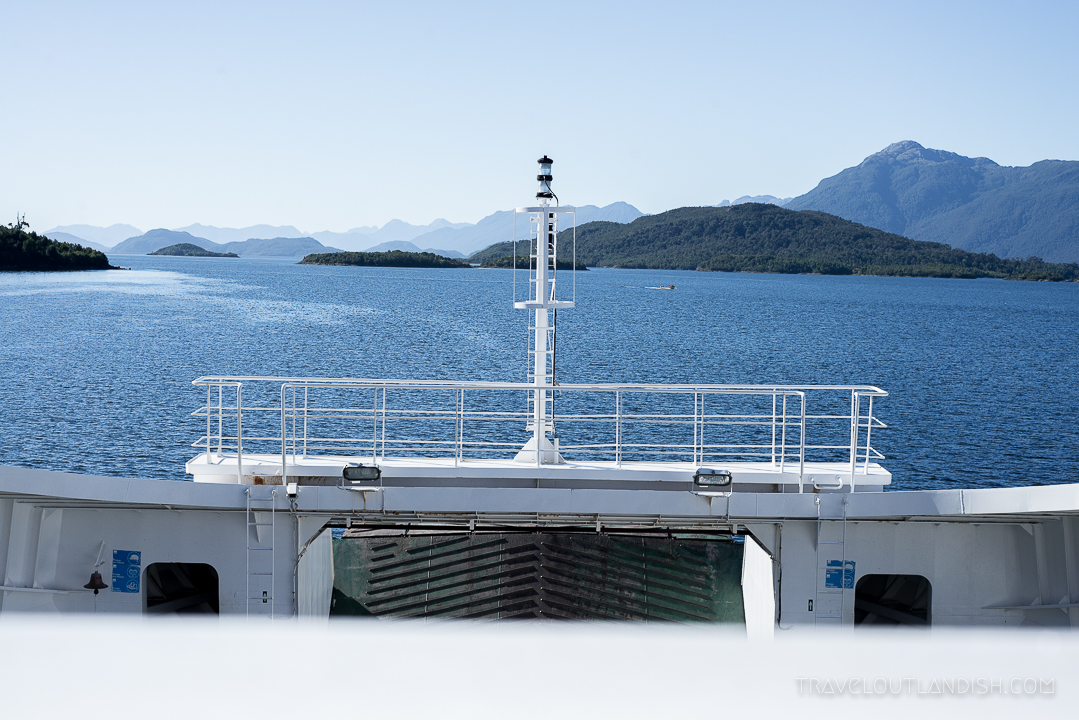 Life Aboard the Ferry

There are no cabins on the Naviera Austral. Instead, you’ll have a comfortable seat that reclines much like a semi-cama bus seat. This is where you’ll sleep, but there are plenty of other places to sit onboard.

Tip: Your luggage goes into storage and you can’t access it until you exit the boat. Be sure to pack a day bag that has a toothbrush, a sweatshirt, a book, snacks, or whatever else you think you’ll need during the journey. If you have a sleeping bag or pillow, you’ll definitely want to bring it with you into the main cabin. 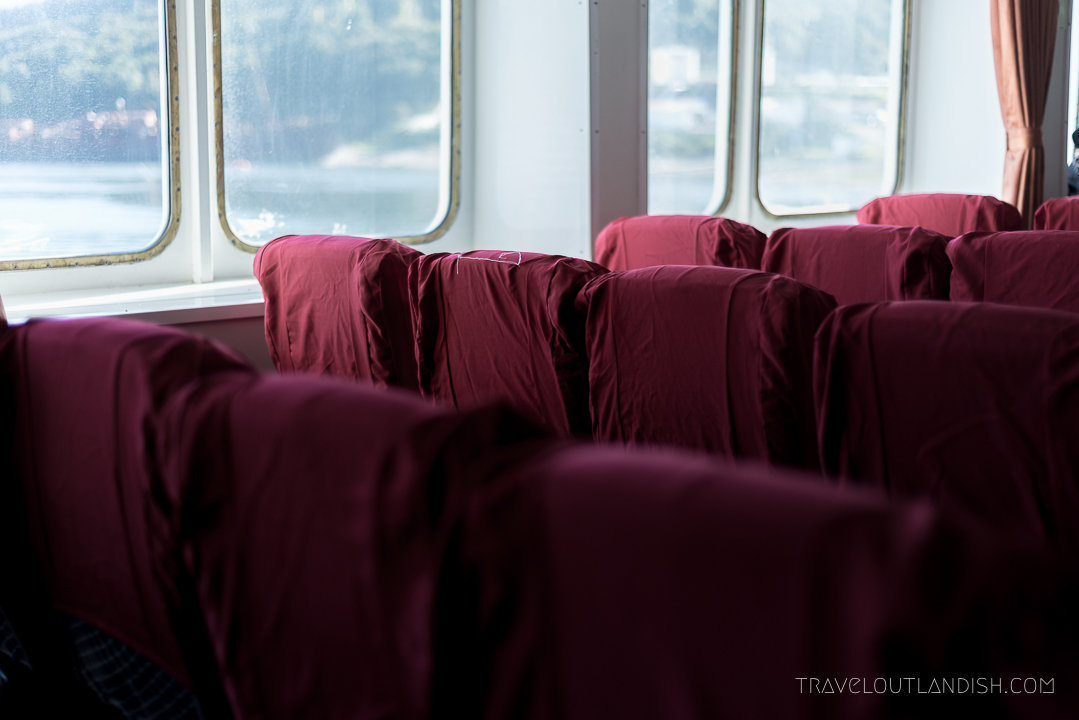 You’re free to walk around or sit outside on the deck. In fact, this is a far more pleasant way to experience the ferry ride! Bring cards, a book, or something else to entertain yourself. It’s a long ride but a beautiful one! 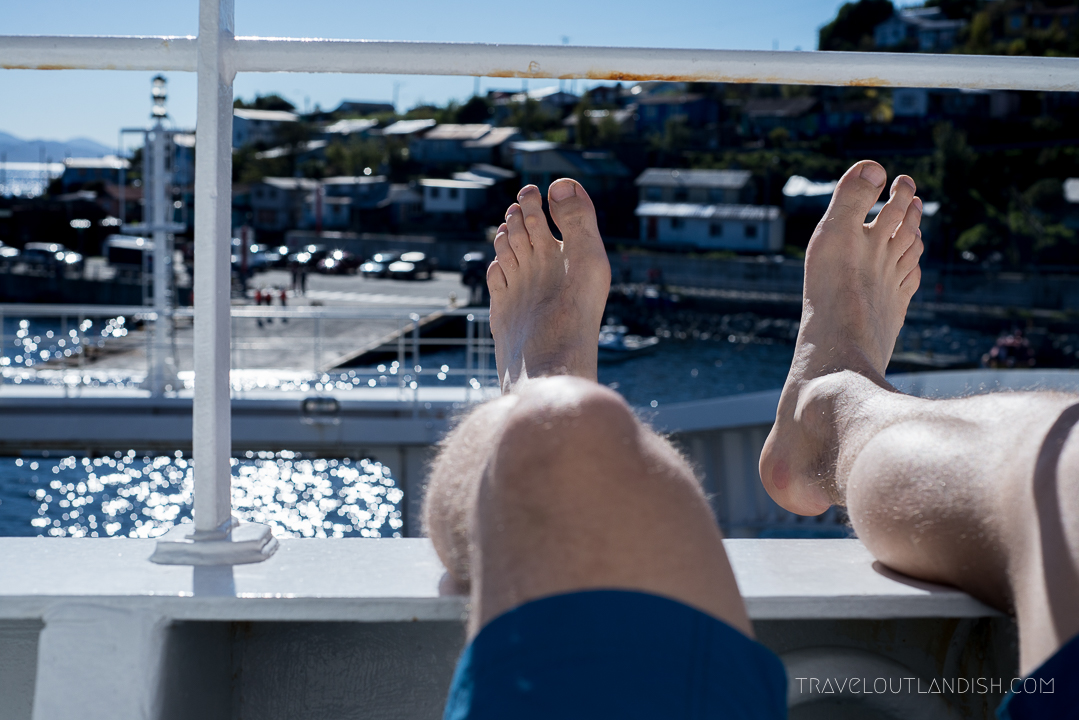 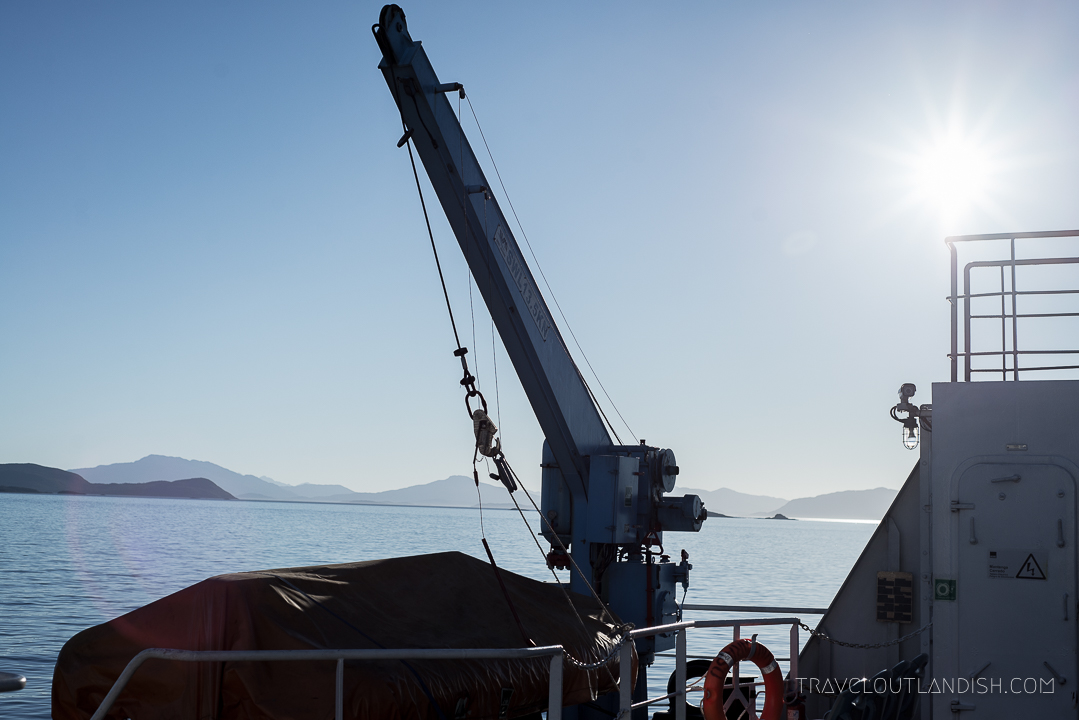 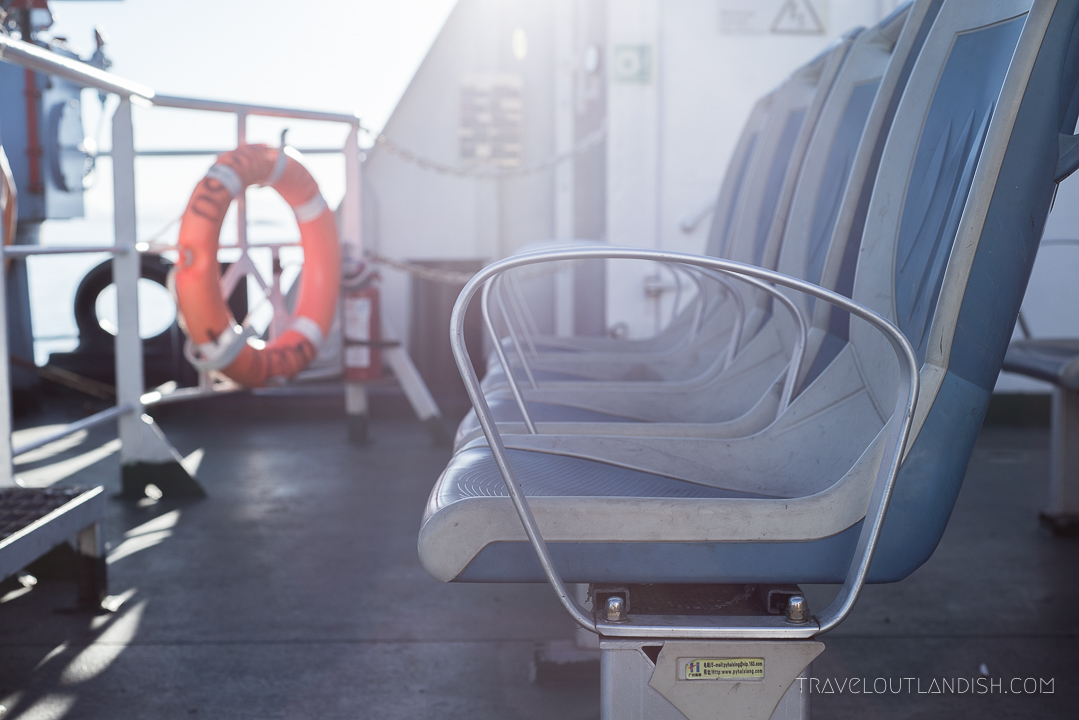 There is a cafeteria onboard with simple things – cakes, empanadas, cookies, etc – but I’d recommend going shopping beforehand to stock up on food. We brought foods that required minimal prep like cheese, bread, and peanut butter.

As for drinks, the tap water is potable, though it doesn’t taste great. You might also want to bring some of your own. You can get hot water for free, but you have to pay if you don’t have your own cup. They don’t allow alcohol onboard, but I may have brought some wine. 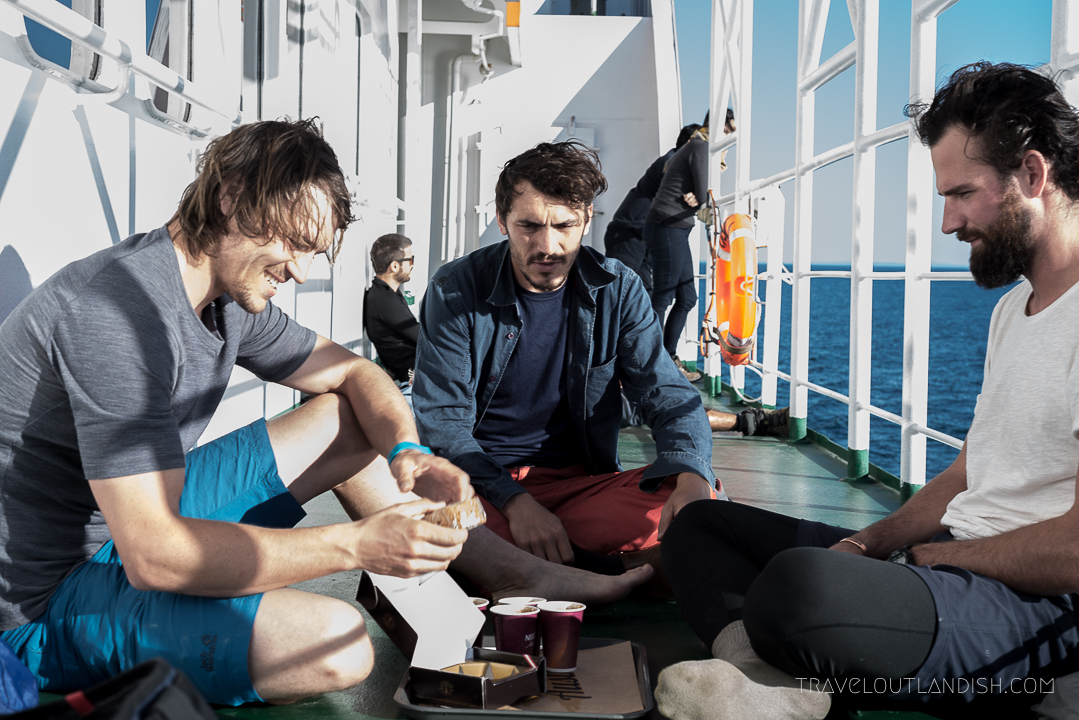 What about the Navimag Ferry?

On the other hand,  fare on a Navimag ferry from Puerto Montt to Puerto Natales costs from $480 USD per person (for a windowless dorm) and up to $1,400 per person (for a double suite). Navimag is more comfortable, but I’ve heard mixed reviews on whether it’s worth the expense.

Navimag or Naviera Austral? If you’re looking for a fjords experience on a backpacker budget, the Naviera Austral is definitely the way to go. If you’ve got a bit of extra money to spend and are limited on time, Navimag is a quicker and more full-service option. 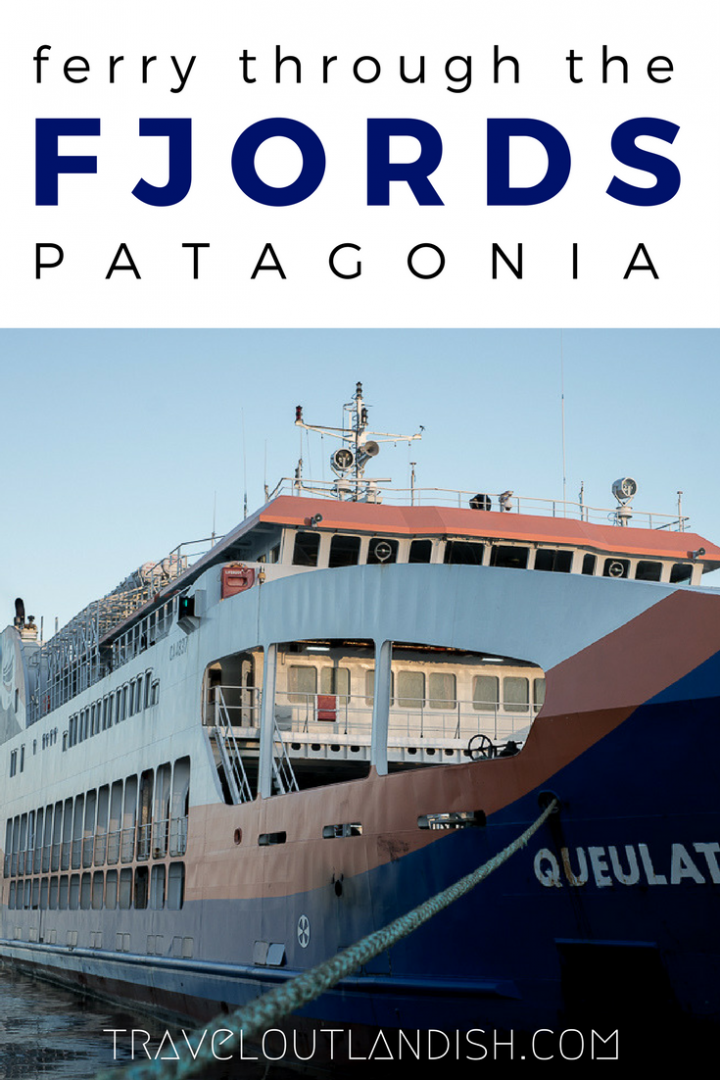 Have you taken a ferry through Patagonia with Naviera Austral or Navimag? What did you think? And if you’re traveling in Patagonia…