Why Quito is Way Cooler than You Think | Ecuador 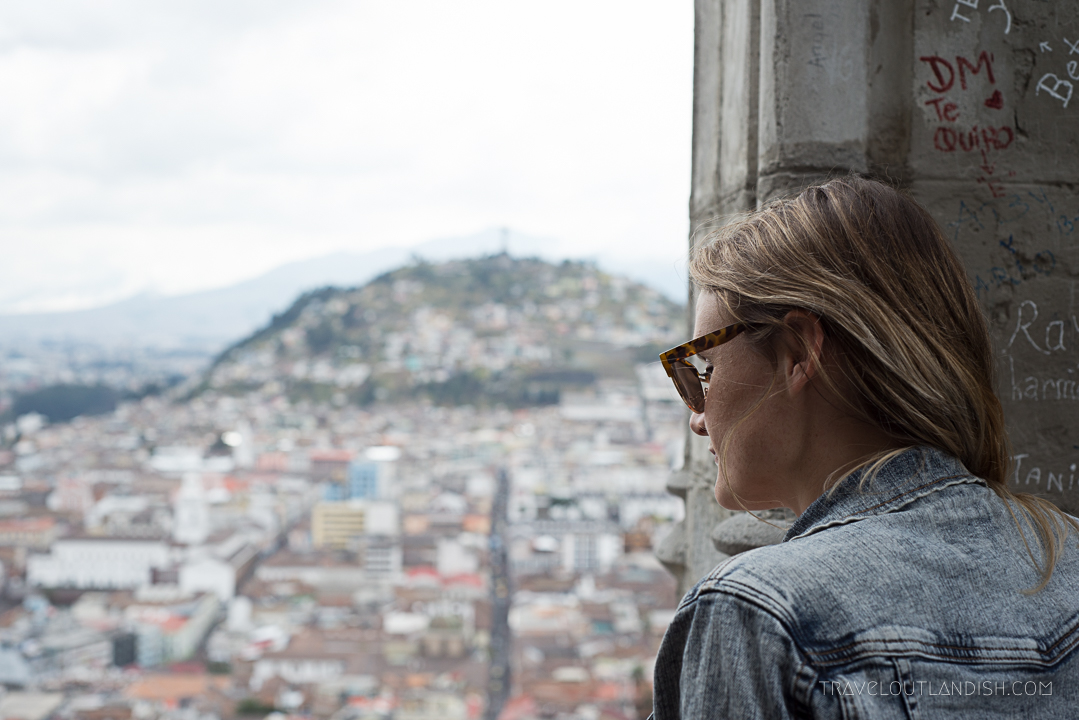 Ecuador has less of a reputation than other South American countries. It takes a back seat to Peru and Argentina and Brazil. For those who do make it to Ecuador, mainland often gets skipped over on a Galapagos-bound plane. But Ecuador is one of the most fascinating countries in South America, and its capital, Quito, is one of the big reasons why.

Where some South American cities feel like bizarre tourist hubs, Quito truly does its own thing. It has a thriving craft beer scene, plenty of parks, colonial architecture, street art, surprisingly good food, easy access to nature, and tons of unique things to do. Quito is cool because it doesn’t try so hard. It’s effortless.

So this is me saying five-out-of-five, thumbs up, would do again, and all the rest of those reviews. I’d like to vouch for the previously underrepresented Quito because the city is actually really awesome. Because you’re better than the tourist traps, here are some alternative, fun, unusual, interesting, local, and actually unique things to do in Quito that will make your time in the city a lot more interesting.

Quito is interesting in the way it unites seemingly conflicting elements: old and new; indigenous and European; man and nature.

Old Town is the best-preserved historic center in all of South America. The city was built on a tangled grid, which according to UNESCO, is made up of “checkerboard-patterned streets aligned on the cardinal points of the compass.” There are plenty of viewpoints where you can get a full perspective on how the city fits together. Some of the best views of Quito can be had from the towers of Basílica del Voto Nacional, but the top of any hill will do.

At street level, you’ll find family-owned lunch spots filled with locals and unassuming bars. Explore the extravagant citadels that highlight the blending of indigenous and European artistic traditions. Even without a destination, walking around Old Town is one of the most interesting things to do in Quito. 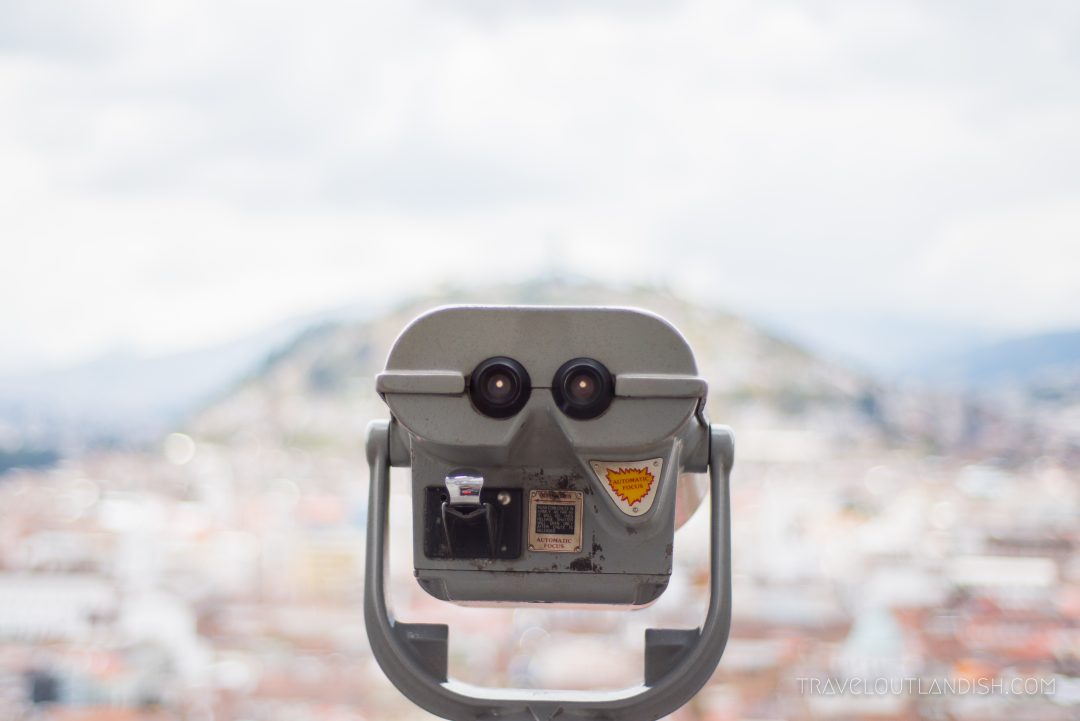 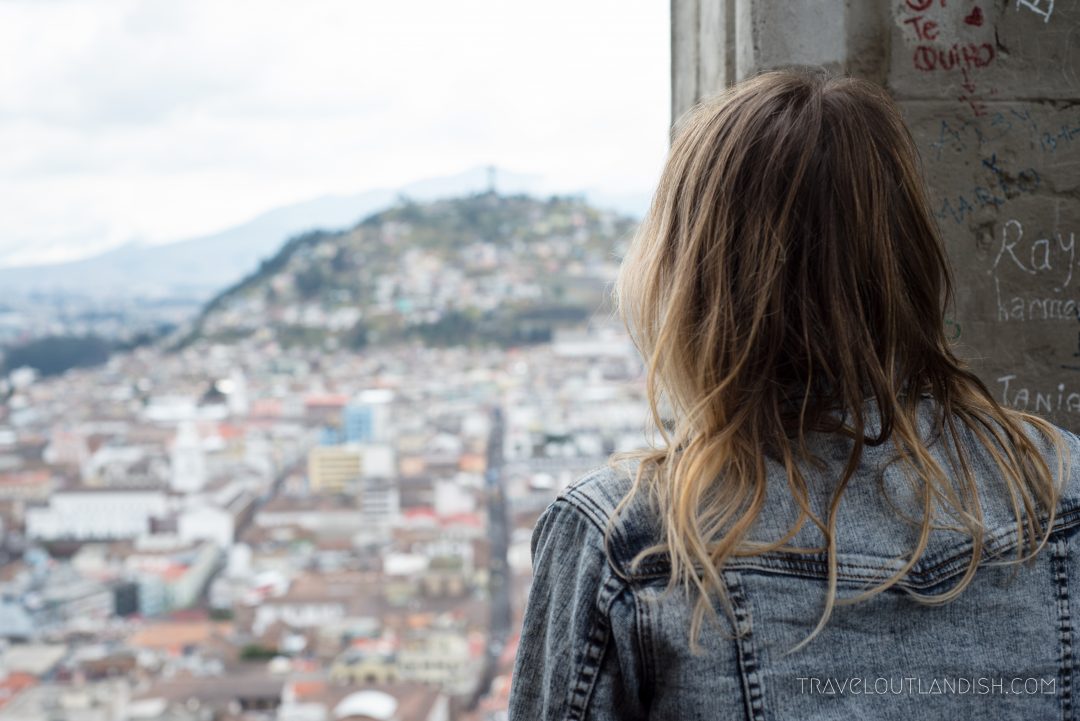 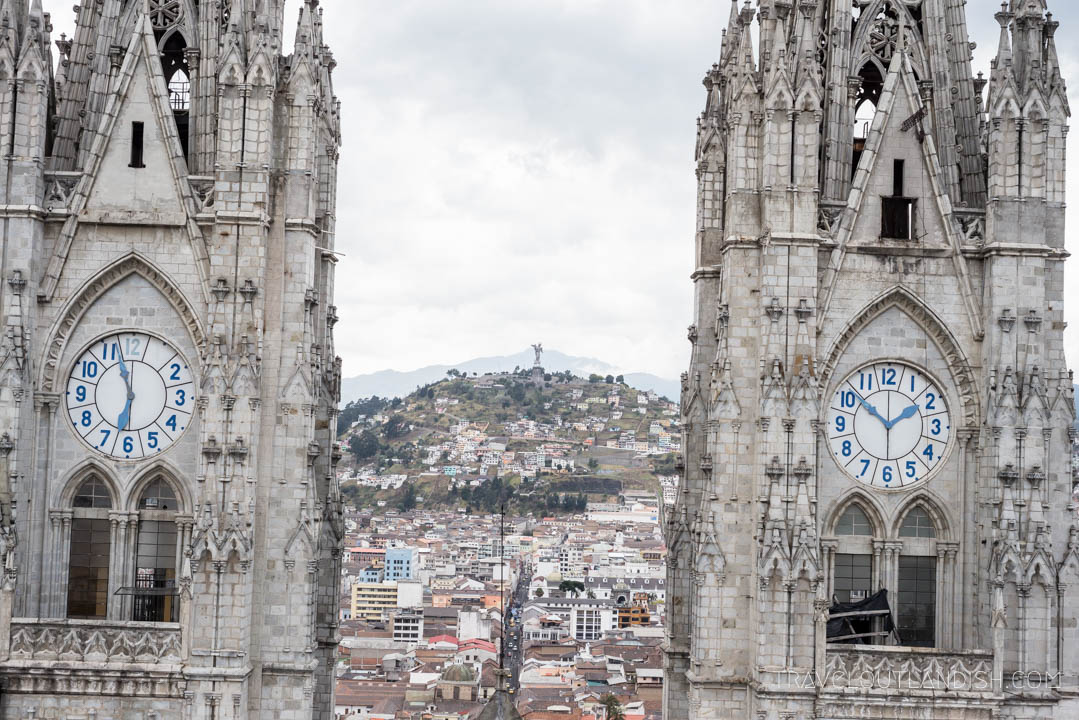 Quito is surrounded by active volcanoes

There are 27 potentially active volcanoes in Ecuador, several of which are within eyeshot of Quito. Rucu Pichincha – a volcano just 8km from Quito – erupted in 1999 dusting the city with ash. More recently in 2015, Cotopaxi gave warning signs of eruption. And when it inevitably does erupt, as many as 200,000 people could be displaced.

Perhaps you’re wondering why active volcanoes have earned a spot on this list of cool things to do in Quito? The reality is that people have lived amongst these volcanoes for centuries. It’s a patient coexistence between humans and nature and is something worth reckoning with. All that said, the volcanoes aren’t generally considered unsafe. It’s both common and thrilling to hike to the summit of Rucu Pichincha or climb Cotopaxi. And hiking up an active volcano isn’t something you can claim to do in most places! 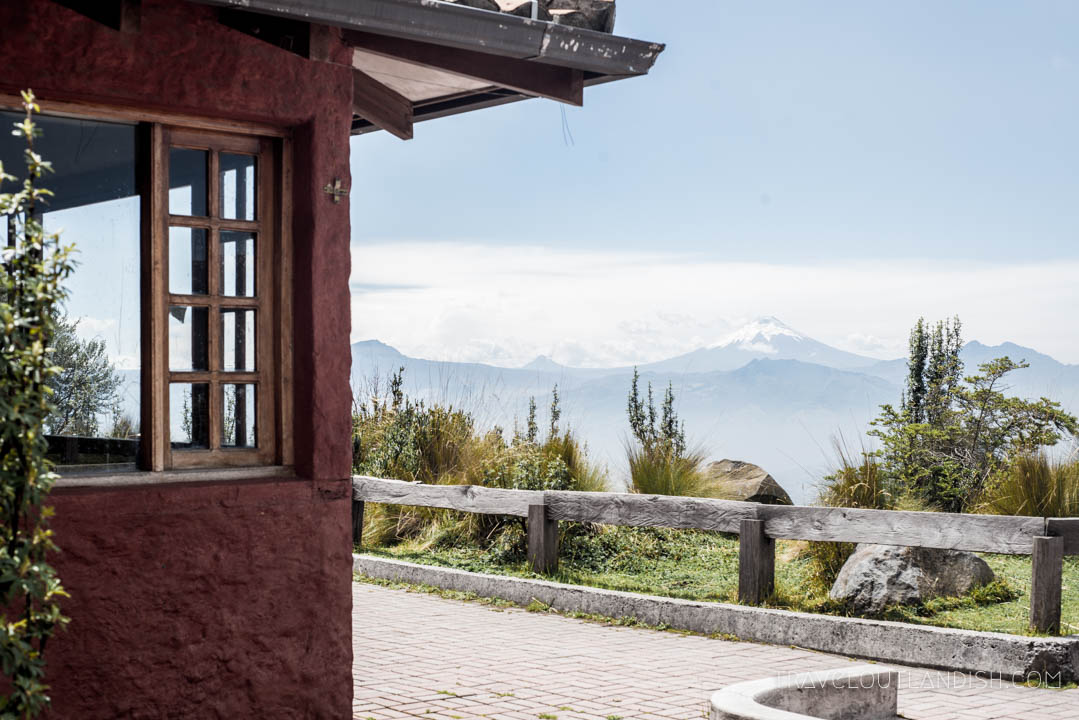 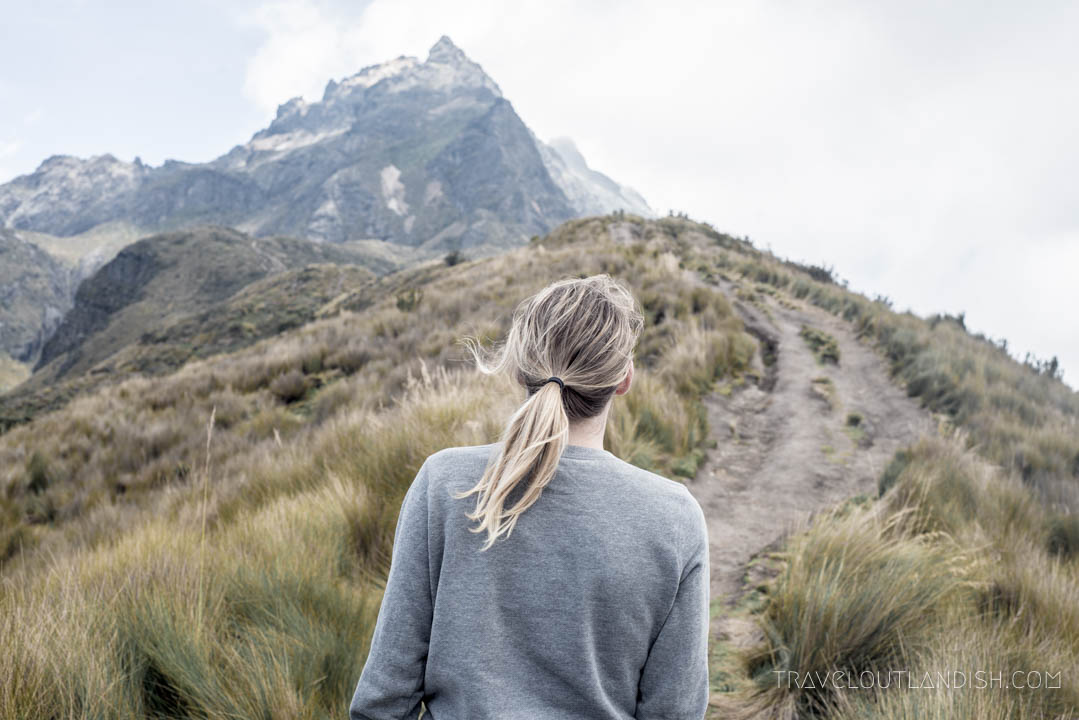 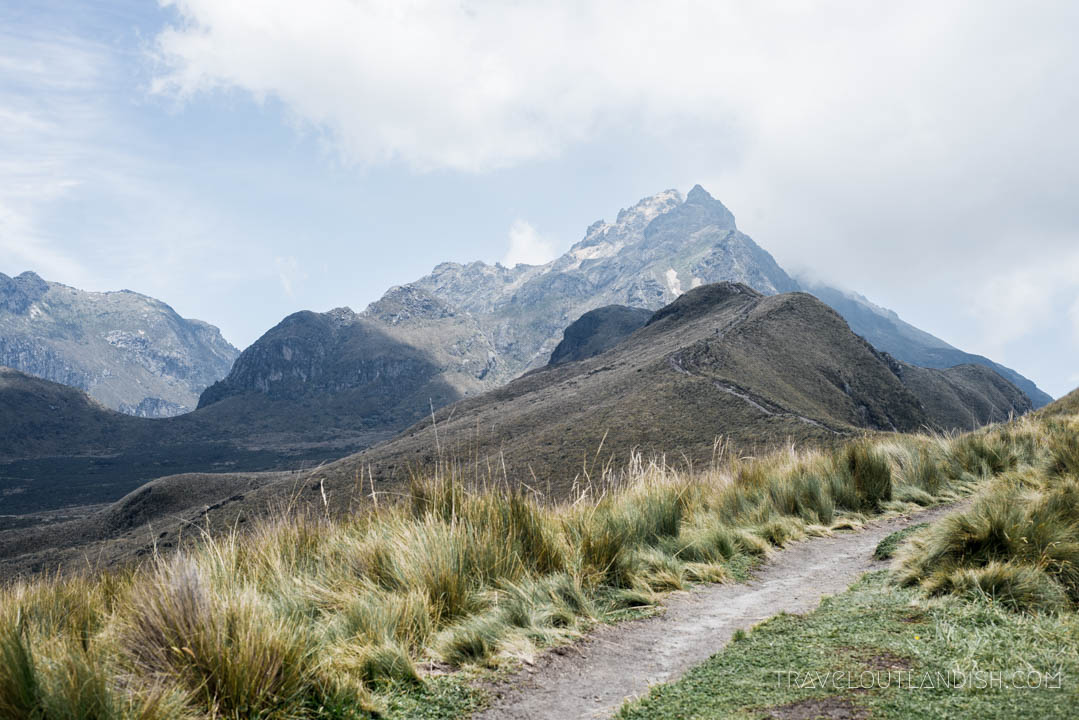 In an interview with The Independent, Nicola Cruz mused that “right now Quito’s music scene is at a crossroads – it can go in so many different directions. I wouldn’t say it’s unique, because for that, a proper scene needs to be established, and we’re not quite at that point. But there’s something special about these early stages, where anything is possible. There’s a real thirst for music in Quito right now. I feel like all this time we’ve been nurturing something which is finally ready to explode.”

As for right now, there are dozens of music festivals in Quito throughout the year. International artists are finally adding Quito to their worldwide tours. And if you really just want to hear what’s local, you’ll find plenty of live music bars like Cafe Democratico, Dirty Sanchez Café, and El Pobre Diablo where you can catch a show. Tip: Scan Quito Cultura for workshops, exhibitions, and festivals going on around Quito.

Ecuadorian food is actually awesome, too.

South American food isn’t the best, but there were some Ecuadorian dishes (llapingachos, ceviche de corvina, and locro de papas, to name a few) that I remember still. Who knew?

El Mercado Central is something of a gathering place in most South American cities. Mercado Central in Quito no exception. With freshly cut flowers, butchered meats, overripe fruits, and unpasteurized cheeses decorate stalls, it’s a feast of senses. Locals who favor a more traditional style of shopping wake up early to get the best stuff. It feels communal and like a genuine local experience in the era of the supermarket to shop in an outdoor setting, and that’s something definitely worth experiencing.  For one of the tastiest things to do in Quito, go hungry and you can get all types of food served hot for $2-$5.  Tip: Mercado Central is open from 8am-4pm most days so grab breakfast or lunch here before sightseeing. 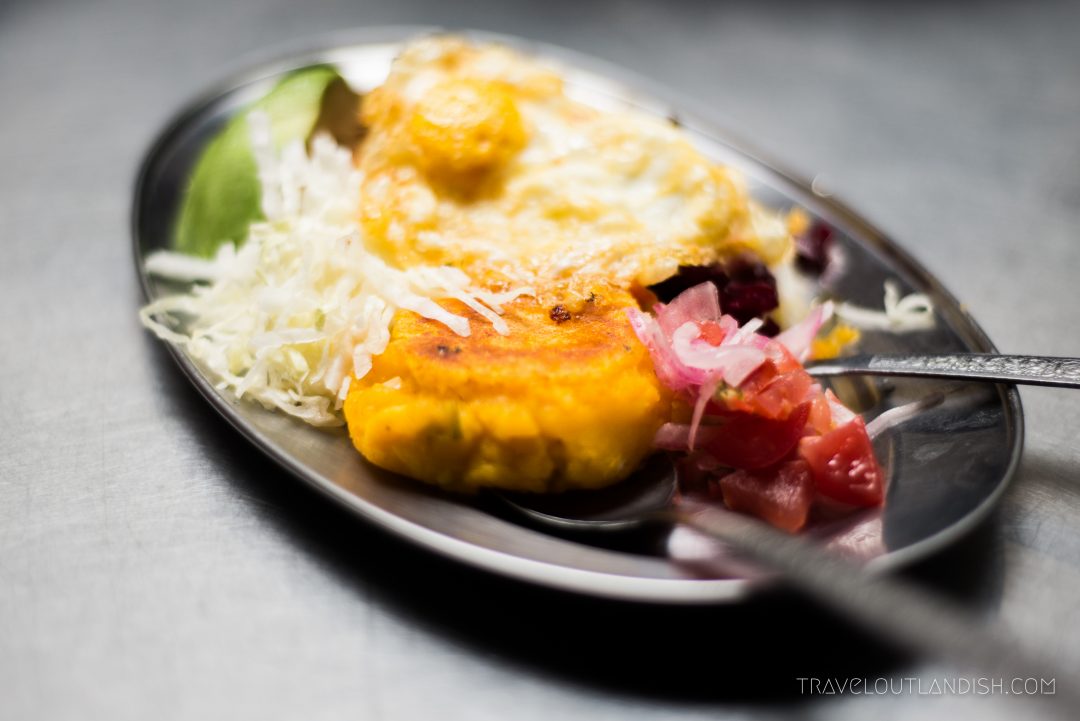 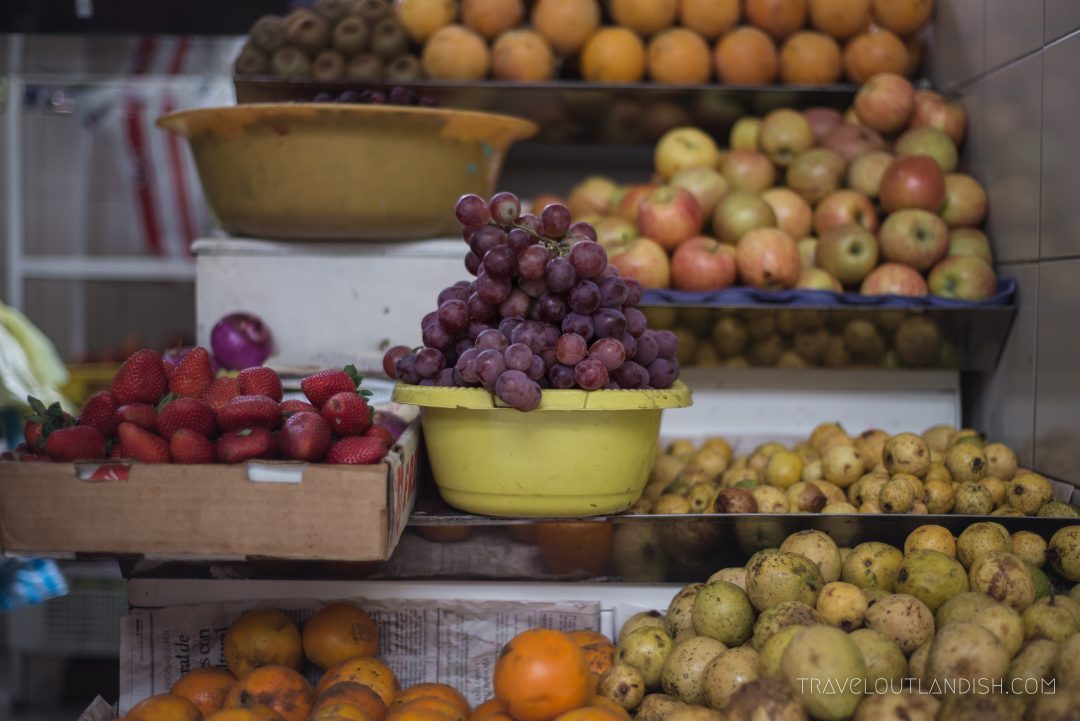 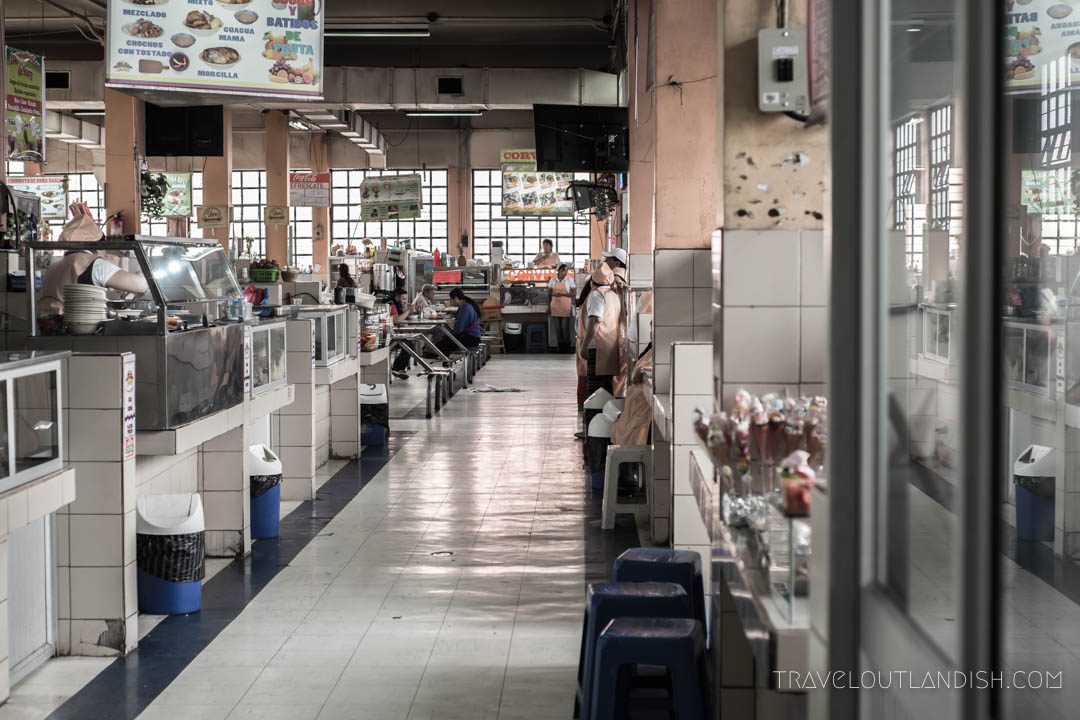 Every South American country has a light lager, but it can be HARD to find something hoppy. Well, if you’re into beer, you’ll be glad to know that Quito has an actual craft beer scene. There are 20+ microbreweries in Quito, but I recommend skipping the bars in Plaza Foch in favor of Bandido Brewing in Old Town, La Cleta, or women-owned Zambo Creek. The craft beer industry in Quito still has a ways to go to catch up with more established beer cities, but anything will taste good if you’ve been away from home long enough. Tip: Get more information on the craft beer scene in Quito on The Original Quito Craft Beer Tour ($50)

Take a walk in the park

Park culture in Ecuador is something else. Spend a weekend morning at Parque La Carolina, a large park in the middle of the city with running tracks, a manmade lake, and even a botanical gardens. You can also venture to Parque El Ejido to really see the city come alive. You can expect pick-up football, packed playgrounds, and street food vendors hawking everything from cut mango to helados. Make the most of your trip and bring along a football and a blanket like a true Quito local. 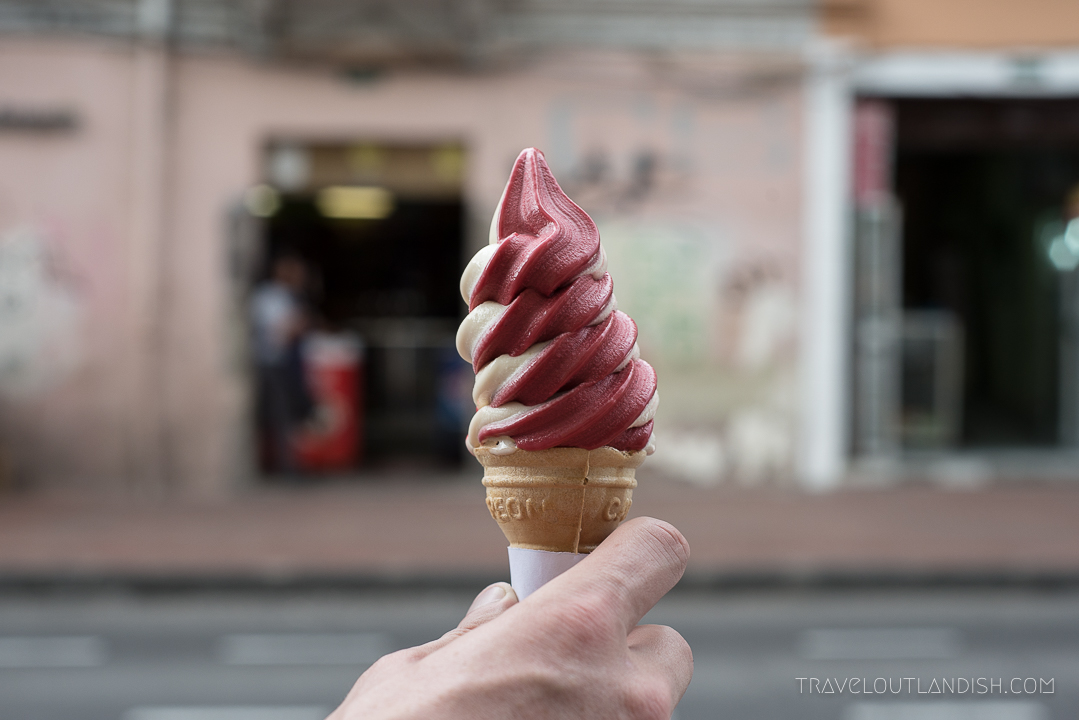 While some capital cities are far away from mountains and lakes, Quito is conveniently located for adventure. Ecuador has less-traveled Amazon reserves like Cuyabeno and Yasuní, which you can access on an 8-hour eastbound bus from Quito. Just 2-hours north you’ll find traditional markets in Otovalo and quiet crater lakes like Cuicocha. Venture 2-hours south to Latacunga to begin the Quilotoa Loop Trek or experience the wilds of Cotopaxi National Park. Finally, you can go 6-hours east to reach the coast and experience the sandy beaches of Ecuador. My point is that Quito is a great jumping-off point for a little bit of everything. There are frequent and inexpensive buses to everywhere, so you can decide at a moments notice what you really want to do. 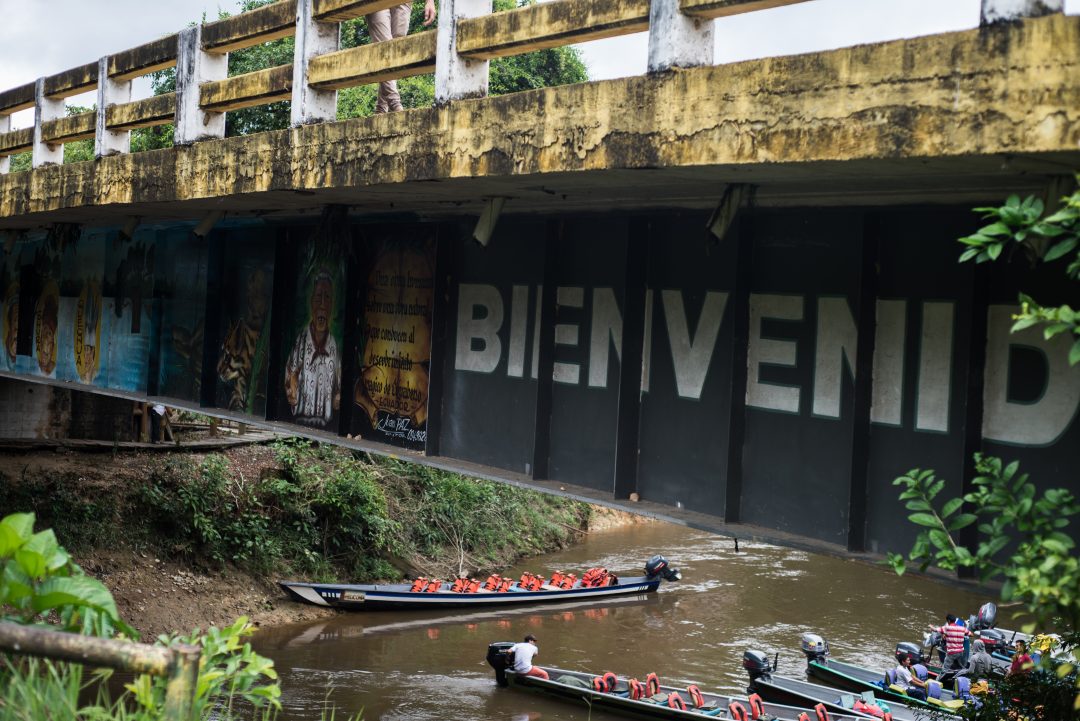 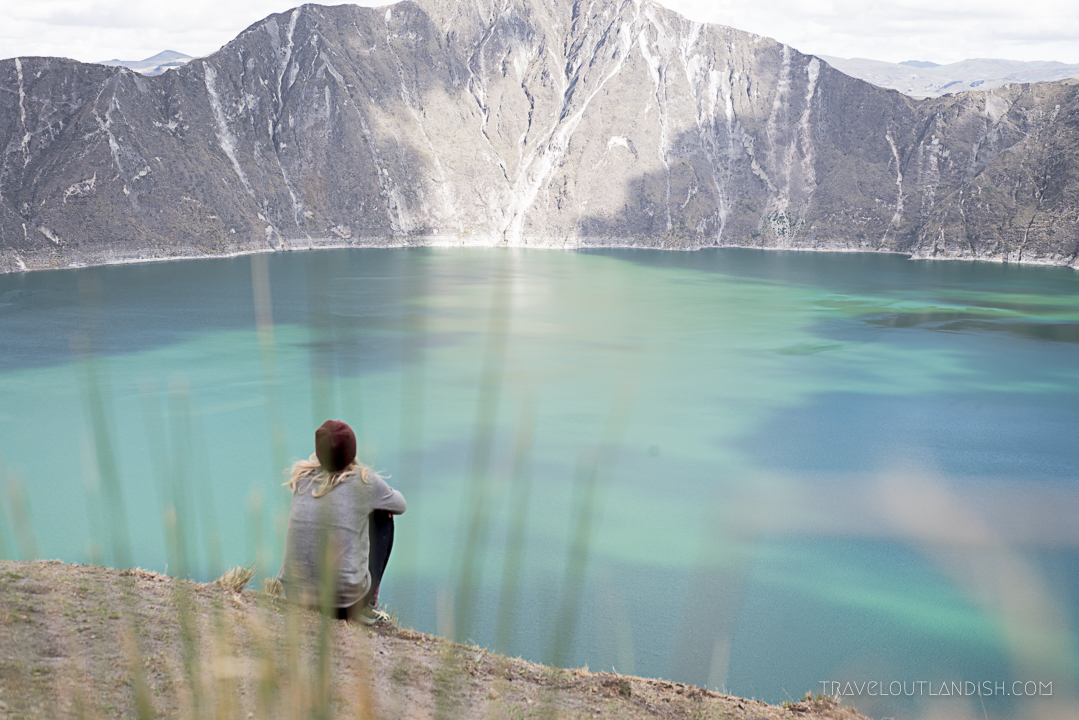 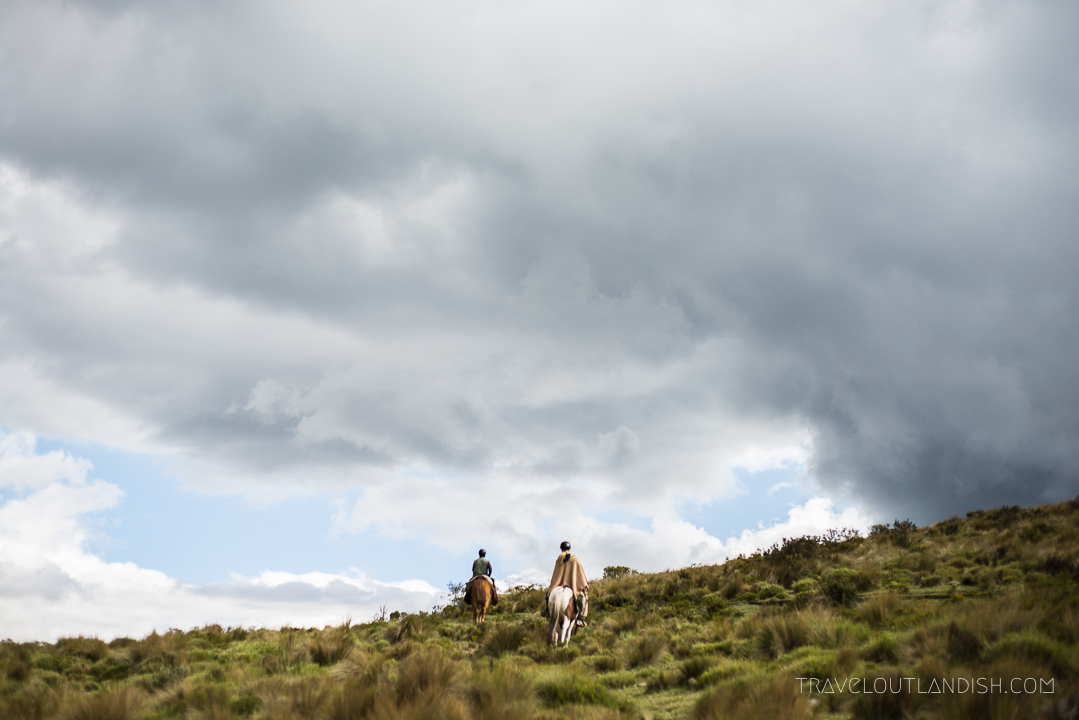 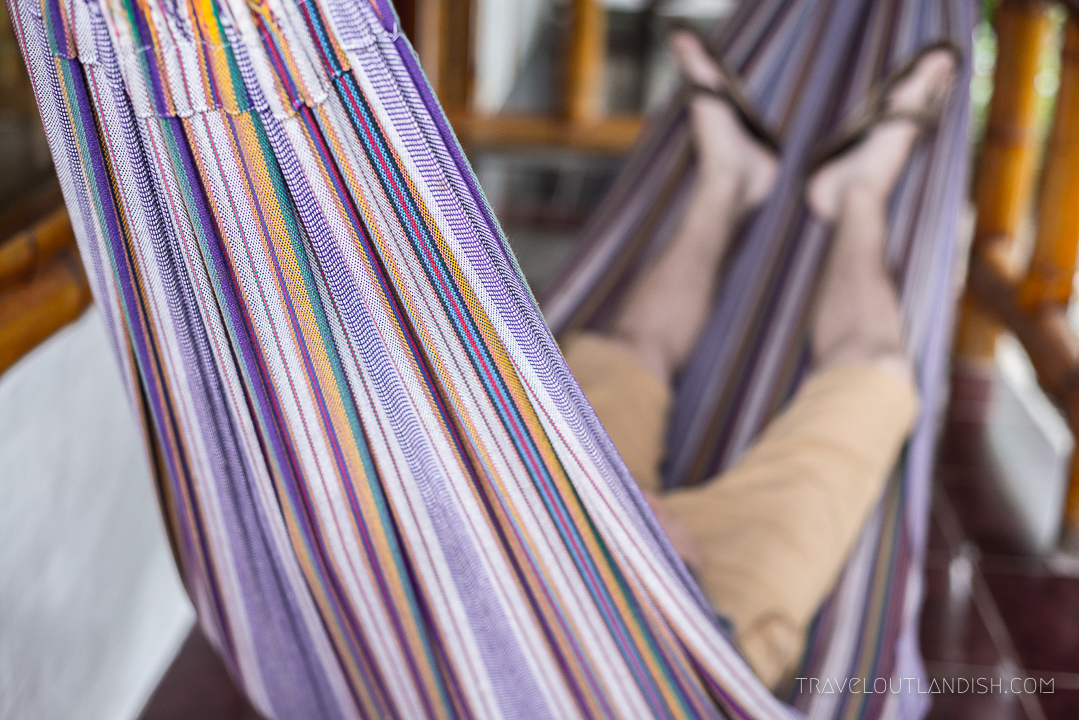 La Mariscal has nightlife and El Centro Historico has architecture. But you’ll find the best alternative culture in Quito coming out of La Floresta. The neighborhood became popular amongst artists and writers some 20 years ago and lives on as Quito’s bohemian neighborhood. There are plenty of quirky bars and health food spots (as you might expect), but some of the best things to do are to stop by indie cinema, Ocho y Medio, for an avant-garde or foreign film screening and simply wander the neighborhood in search of street art by Mo Vasquez or Apitatán.

And it’s an affordable place to stay for a while

Quito isn’t one of those cities that grips you immediately. It seems just alright at first, but once you start peeling back the layers, finding the sneaky spots, and experiencing all the unique things to do, Quito is really a special place to be. Centro Historico or La Floresta can be great spots to rest up while planning onward travels in South America or simply a place to lay your bags for a few days. 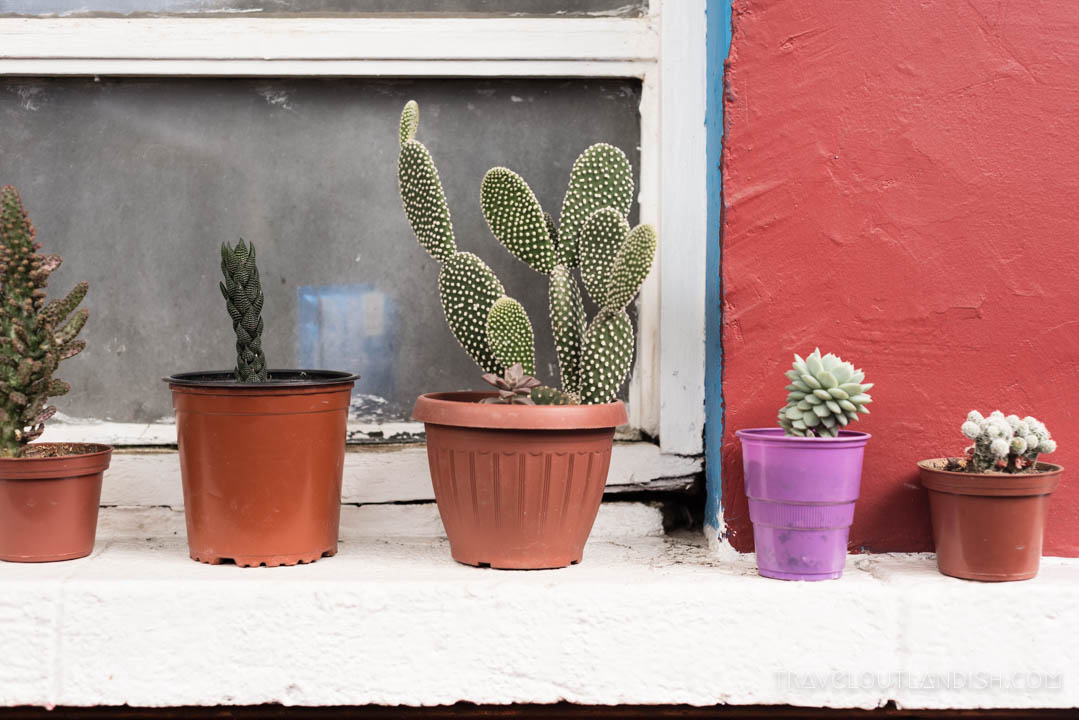 Some of the Best Hotels & Hostels Quito

The Color House Petite | The Color House Petite is one of the sweetest hostels in Quito. The rooms are simple, but it’s clear that the hostel has been lovingly created by people who care. The hostel can be seen from the street thanks to a massive mural. Spectacle aside, it’s the personal touches that really come through. It’s special because of the homey decorative details and the beer you’ll share with the owner upon arrival. Double rooms start from $21.

Casa El Edén | Set in a Colonial-style building in the historical center, Casa El Edén is a splurgey rustic-style three-star hotel with a reading room and fireplace that guests can access. Double rooms start from $200.

Airbnb | Get off the gringo trail and into the neighborhoods of Quito. To get the most local Quito experience, find an Airbnb in Old Town or La Floresta. You can find everything from studio apartments to flatshares. New to Airbnb? Get $40 off your first stay or explore other properties from $50. 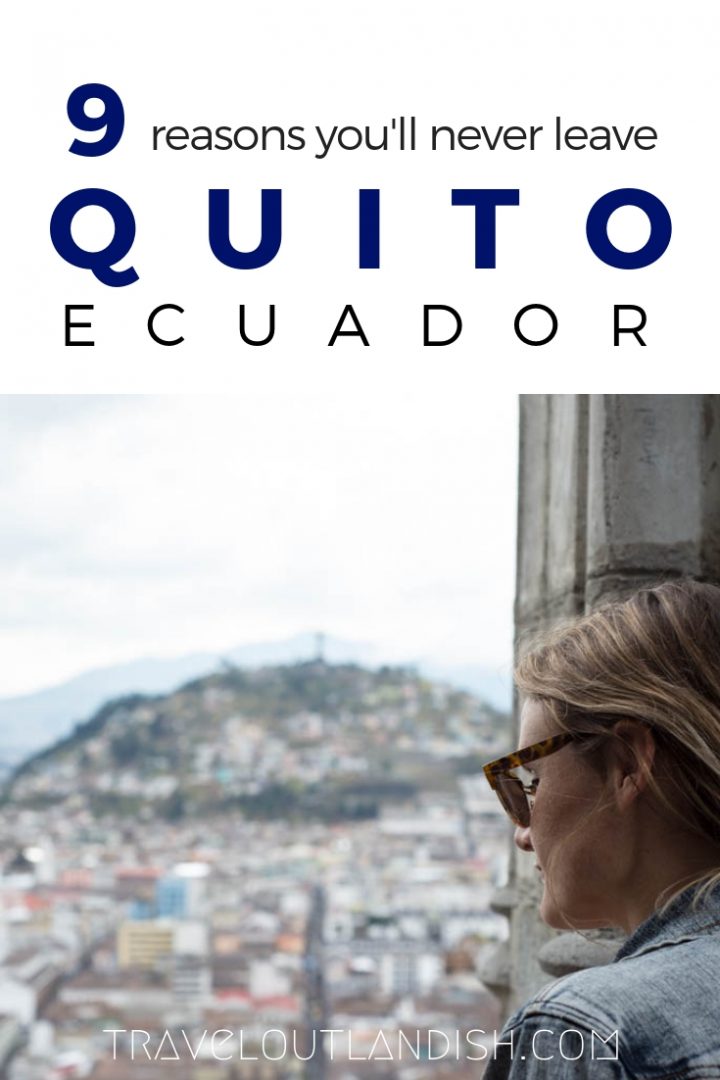