Who the Hell is Gaudí? | Spain 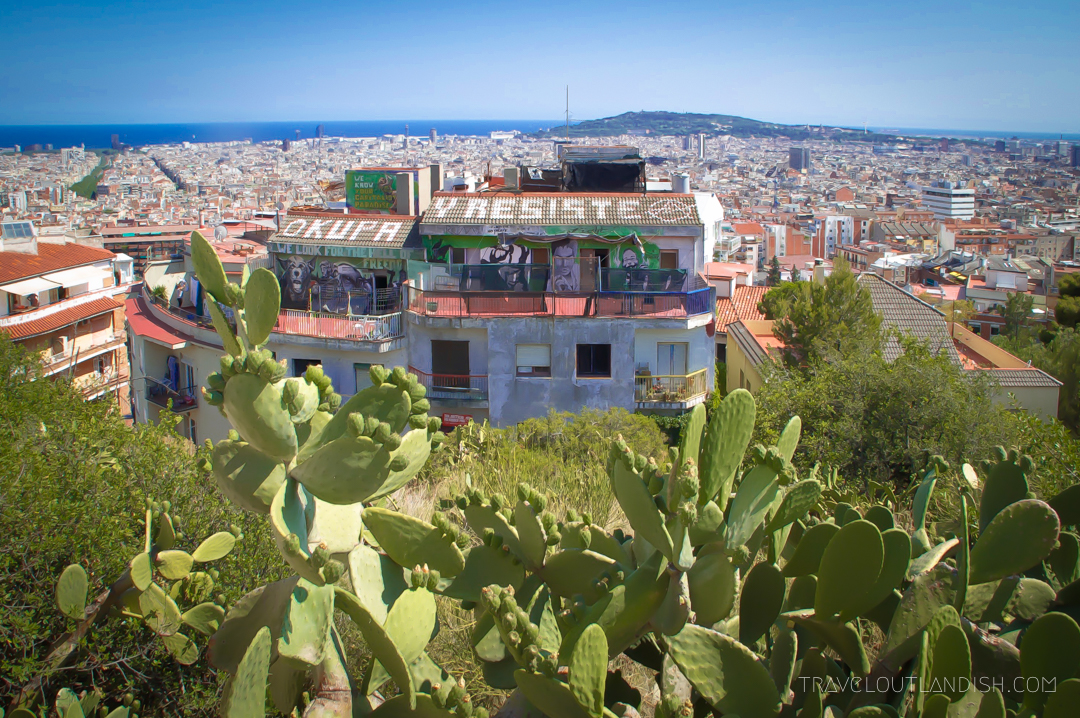 If the quirky urban aesthetic of Barcelona could be attributed to just one man’s influence, it’s probably that of Antoni Gaudí. Recalled as a pious man with a vegetarian diet and industrious work ethic, you could hardly pick a fellow further flung from the jamón-ibérico-eating and all together laid back culture of modern Barcelona, but define Barcelona he did. From every hue of deliberately grouted tile at Parc Güell to his unending magnum opus, La Sagrada Família, amongst other works, Gaudí has created a spectacular and irreplicable something about Barcelona.

He’s got a fan club, dashing good looks, and all kinds of artistic achievement – check anyone’s short list of things to do in Barcelona, and you bet his stuff is on it. Perhaps he’s not a typical kind of rockstar, but homeboy has definitely got groupies.

Who is Gaudí?  Gaudí was a Barcelona-based architect of the late 1800’s and a prominent leader of Catalan Modernism. His works were inspired by nature, but to describe them as such is a vast oversimplification — structurally far-fetched, alarmingly colorful, and fantastical is more like it.

Professors supposed he’d be either genius or a madman, as seems to be the case with most who dare to step outside societal framework and create something unfamiliar — a mosaic lizard or century-long undertaking, for example. Gaudí was admired by some, and disregarded by many (who really cares what Picasso thinks?), but he still managed to snatch up plenty of projects to mark his territory around the city he loved.

If you find yourself in Barcelona, everything Gaudí is nothing to miss. We mean it! Tourist attraction aside, the sights are among the coolest things to do in Barcelona (HostelGeeks.com). Rambling from one Gaudí masterpiece to the next far transcends sightseeing, and has become a quintessential Barcelona experience. Let’s check out some of the best Gaudí sites in Barcelona, shall we?

Gaudí’s greatest masterpiece is arguably La Sagrada Família, albeit extraordinarily incomplete for the foreseeable future. Handed over to him in 1883, Gaudí spent the remainder of his life dutifully designing and overseeing the construction of the enormous church. 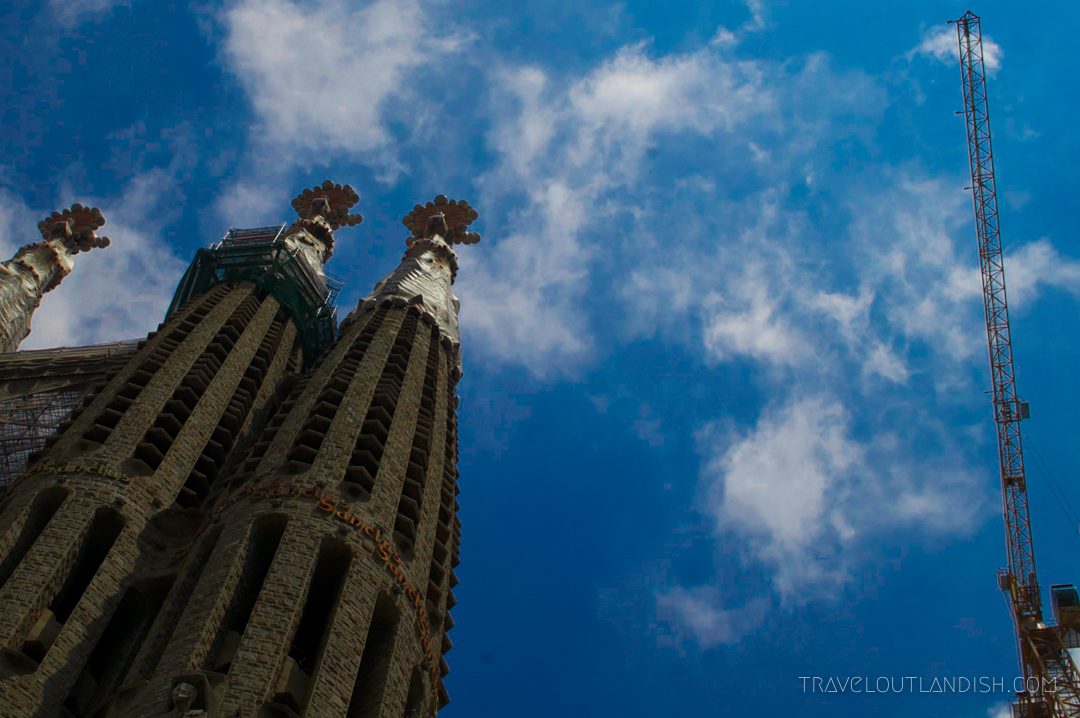 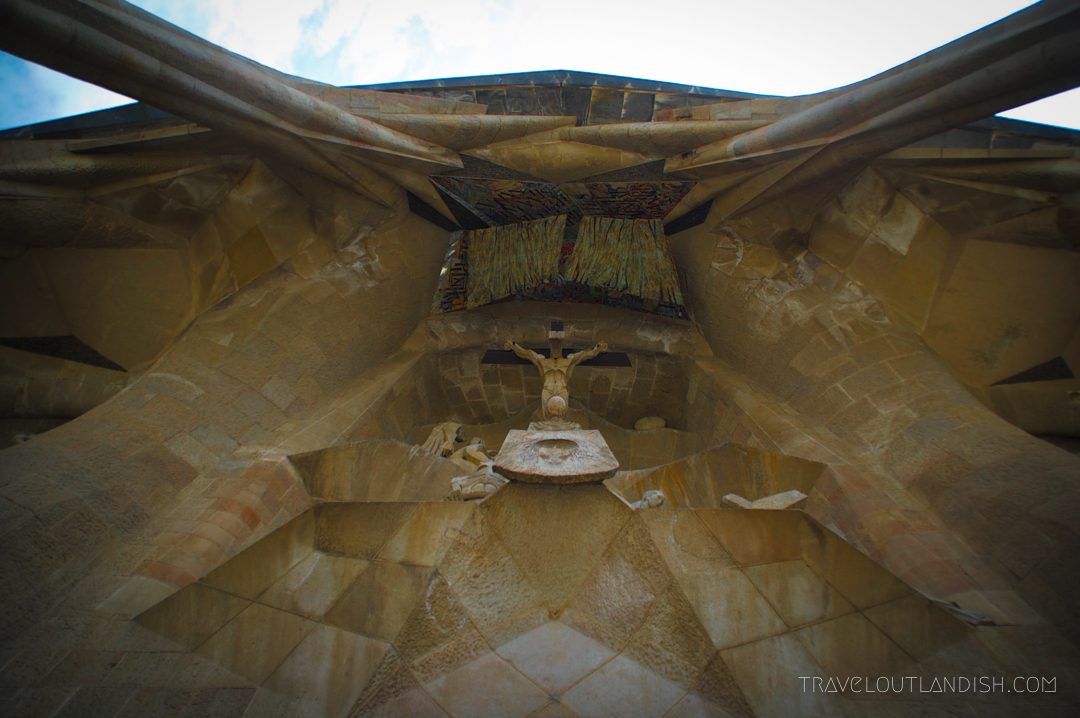 Why might a cathedral take so long? Once completed, La Sagrada Família will have 18 towers with the tallest climbing to 170m. Equipped with elaborate façades, chapels, naves, and cloisters, the church is as visually astounding (like it or not) as it is a lesson in perpetual architecture. 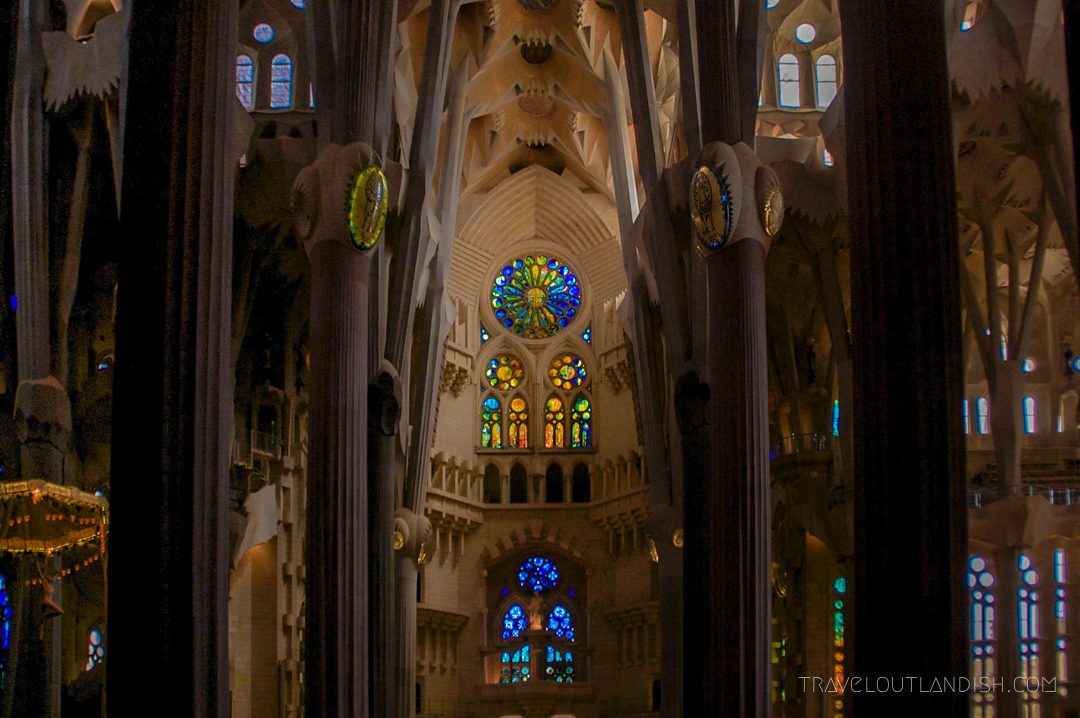 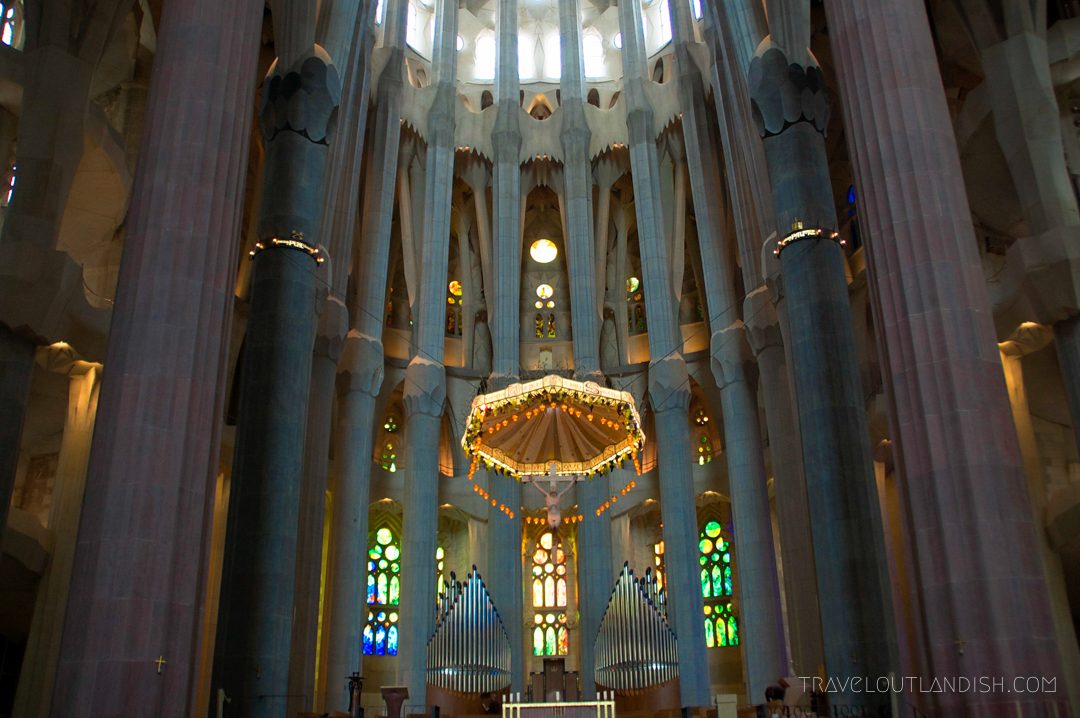 Parc Güell is an allegorical garden sprawled across the hills of El Carmel scattered with methodically placed mosaics and tumbling architectural marvels. The park began as a failed housing development until the original Property Brother moved into one of the area’s two homes, and turned things around (that’s Gaudí!). 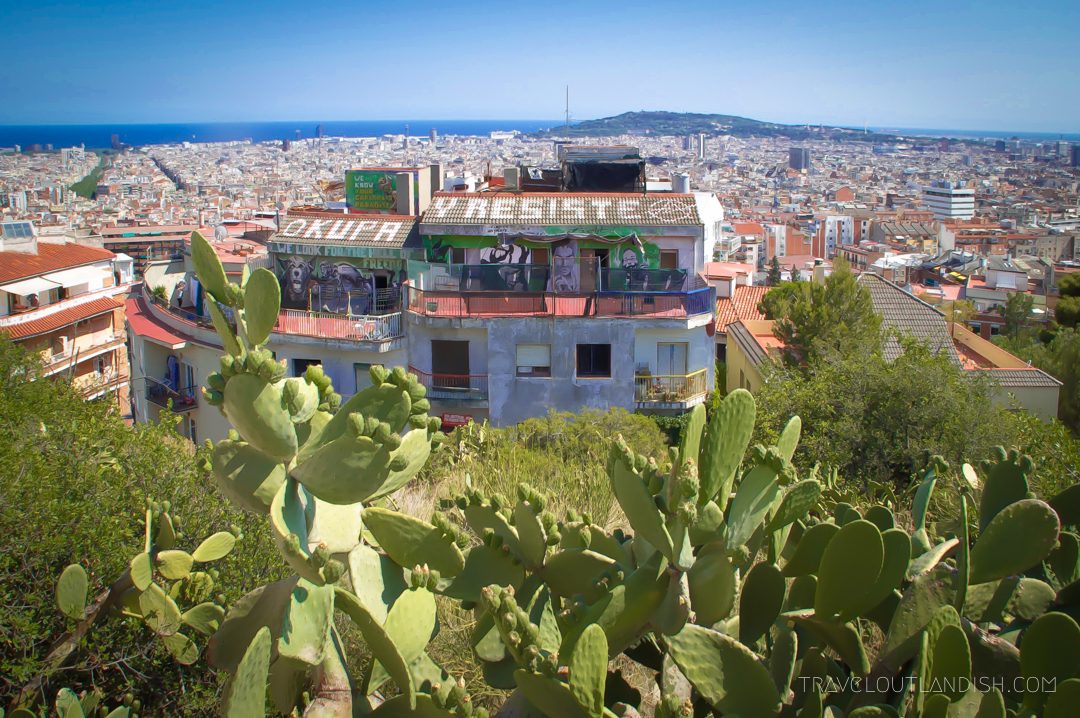 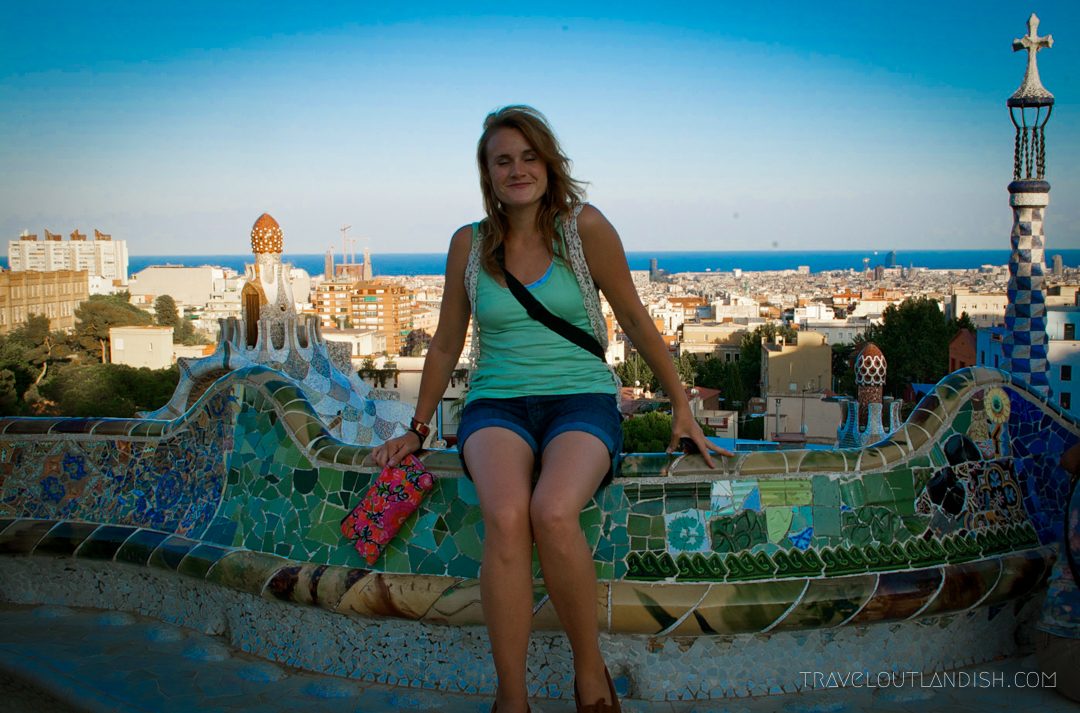 With its bends, and archways, and bowed corridors representing forms in the natural world, the designs have a both harmonic and abrupt relationship with the park’s surrounding nature.  Forgiving the crowds, hardly anything in Barcelona beats Parc Güell’s dashing view of Barcelona with mosaic benches and tiled spires in the foreground. 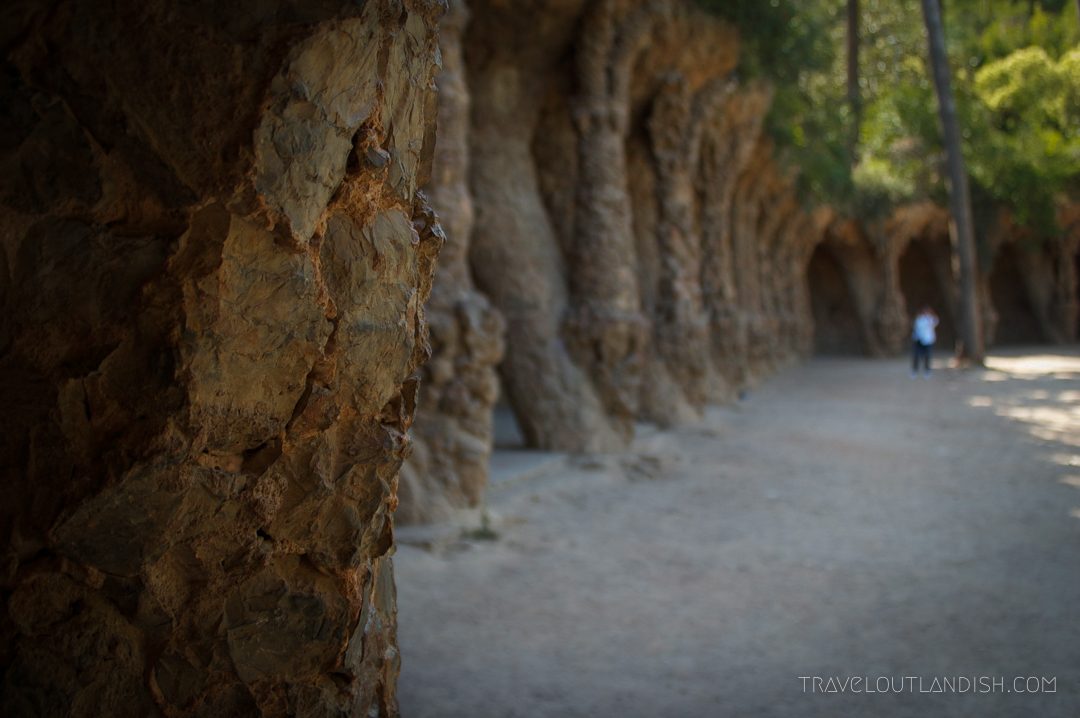 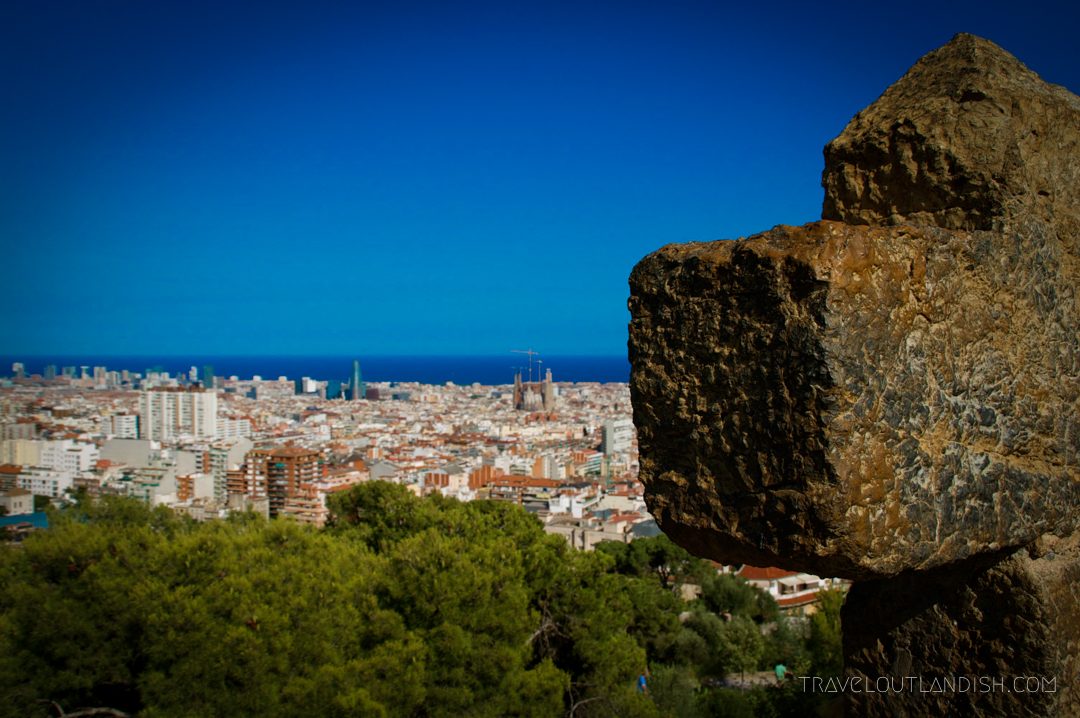 Other Gaudí sights in Barcelona: 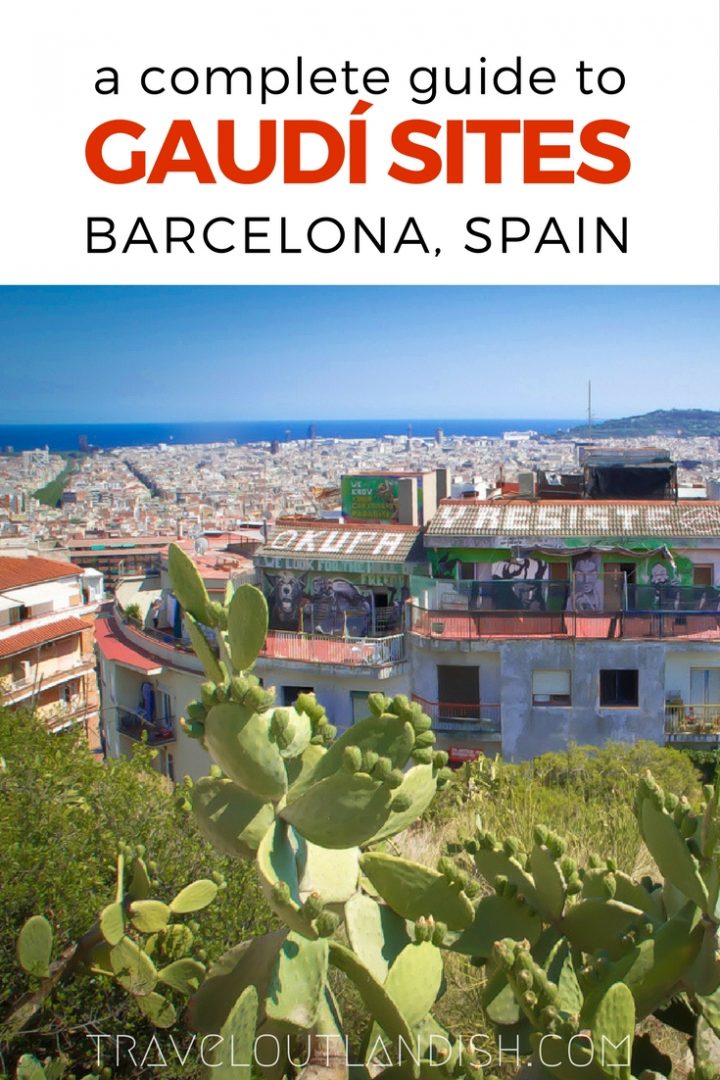 Did you find this post helpful? Click below to plan your trip to Barcelona. It will help support our blog at no cost to you!

Have you seen any Gaudí? What was your favorite? Share it with us in the comments below!