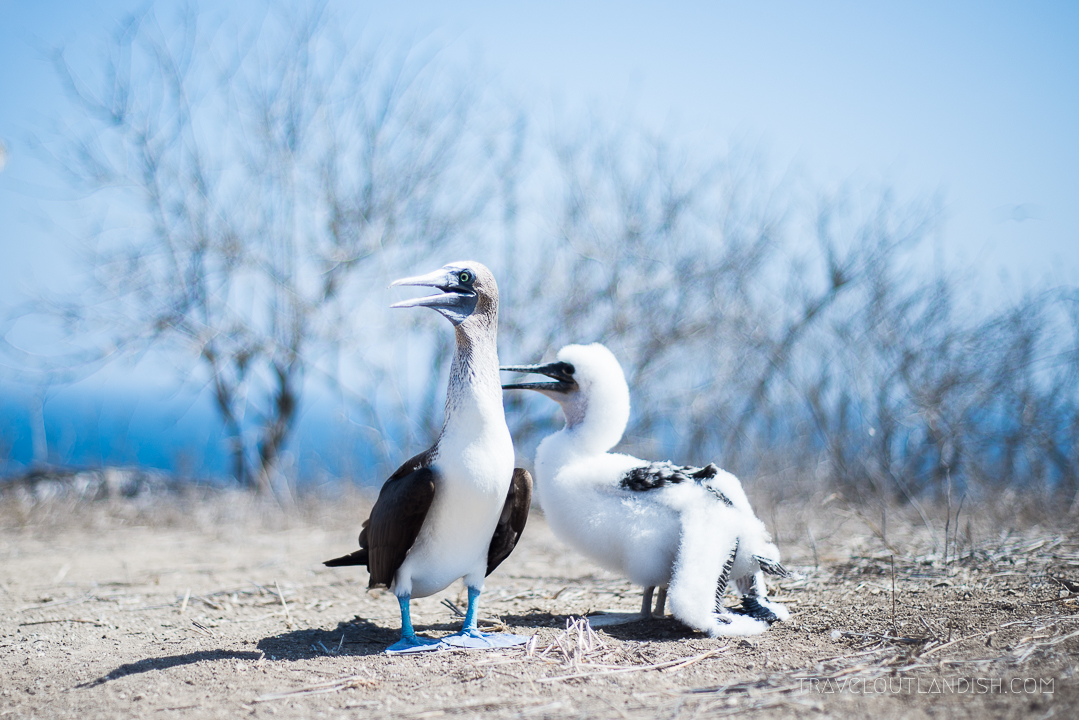 They call Isla de la Plata “The Poor Man’s Galapagos“. Much like the Galapagos, Isla de la Plata also has blue-footed boobies and frigatebirds in droves. You’ll find tortoises (though not the giant kind),  humpback whales, and tiny crabs. It’s a rugged, beautiful island; a paradise for mostly forgotten species. And while it’s just one island rather than 15, Isla de la Plata is a pretty good Galapagos alternative for those of us without the budget for the thing; an Isla de la Plata tour will cost as little as $50.

Looking for a cheaper Galapagos alternative? I was skeptical there was such a thing. But to the backpackers and trend breakers, I’m happy to say Isla de la Plata is pretty great in its own right, and maybe one of the coolest things to do in Ecuador. Here’s everything you need to know about planning a trip to Isla de la Plata including how to get there, when to go, what to expect, and how to book an Isla de la Plata tour.

Why travel to the Galapagos Islands?

It seems for the last decade, everyone has been buzzing about the Galapagos Islands. Adventure travelers and wildlife watchers once so set on African safaris have shifted their sights to Galapagos cruises. So what’s the big deal anyway? The Galapagos Islands remain isolated and pristine thanks to their location some 600 miles off of Ecuador’s coast. With 200+ species of wildlife, many of which are endemic to the 15 Galapagos Islands, you’ll spend your days bird watching and spotting creatures by the thousands.

I’ll level with you here. There is probably no true Galapagos alternative. But with weeklong Galapagos cruises ranging from $1,000 – $5,000, this shouldn’t come as a surprise! When you factor in flights and hotels, even the Galapagos on a budget makes for an expensive trip. If you have the budget, by all means, go! But if you’re just looking for a glimpse at bizarre wildlife, Isla de la Plata is a pretty awesome day trip and a good Galapagos alternative.

The Galapagos isn’t super possible on a backpacker budget. But with the same blue-footed boobies, frigatebirds, sea turtles, humpbacks, and angelfish, Isla de Plata is a pretty good Galapagos alternative. And since you can take an Isla de la Plata tour from Montañita, it’s possible to have a Galapagos experience at just a fraction of the cost. 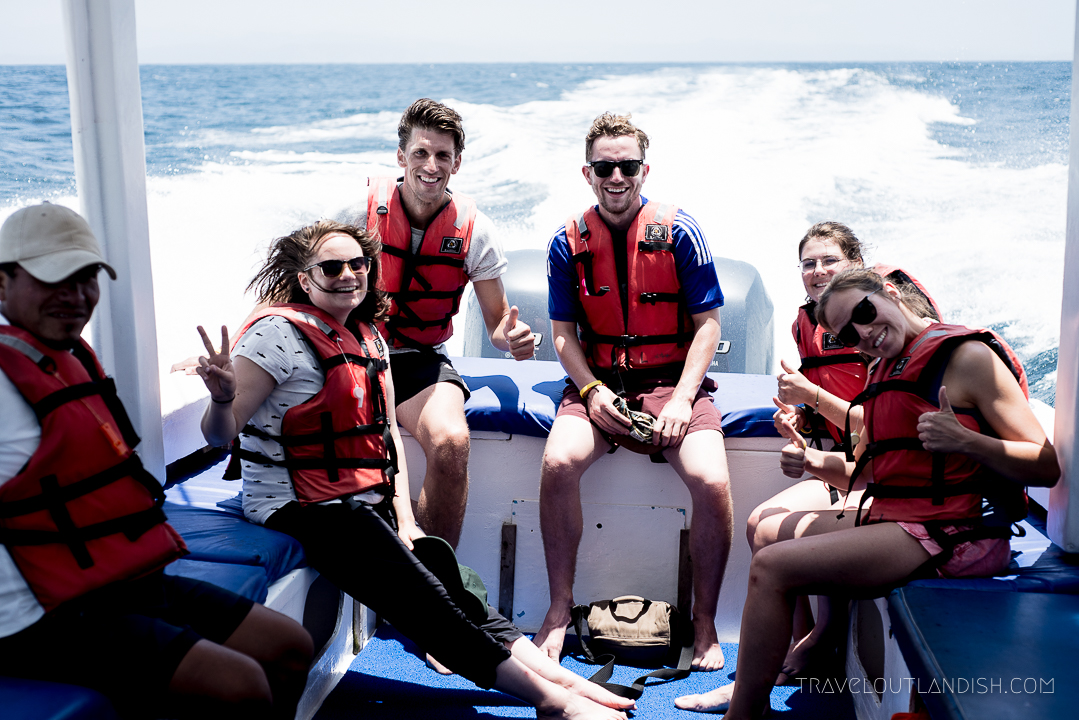 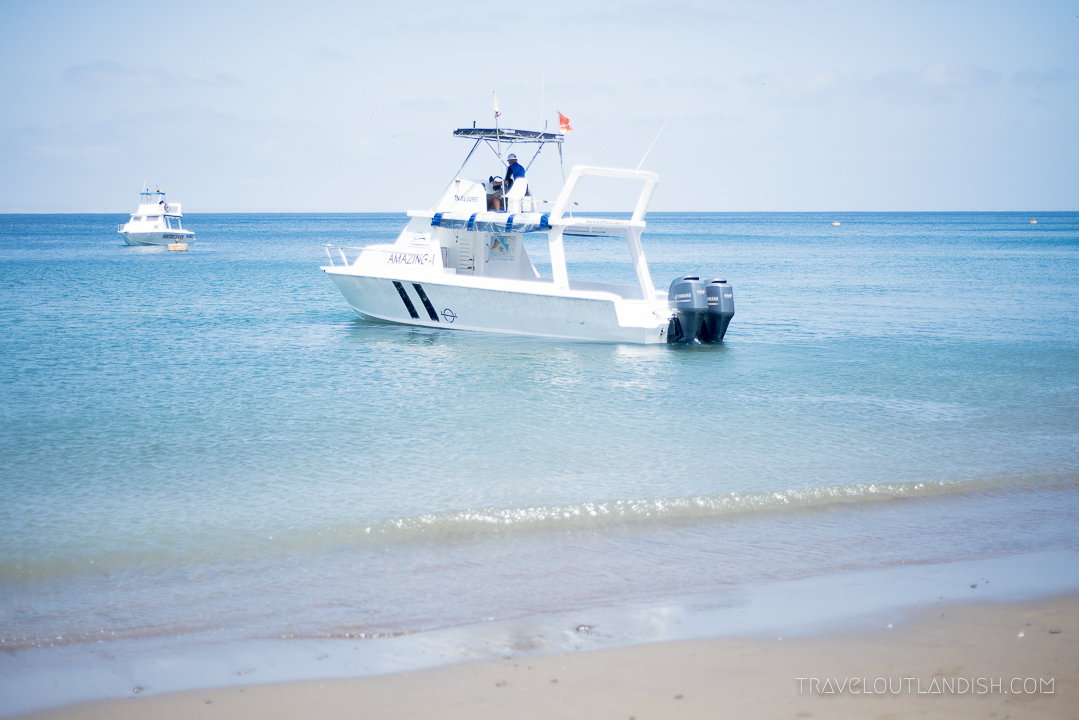 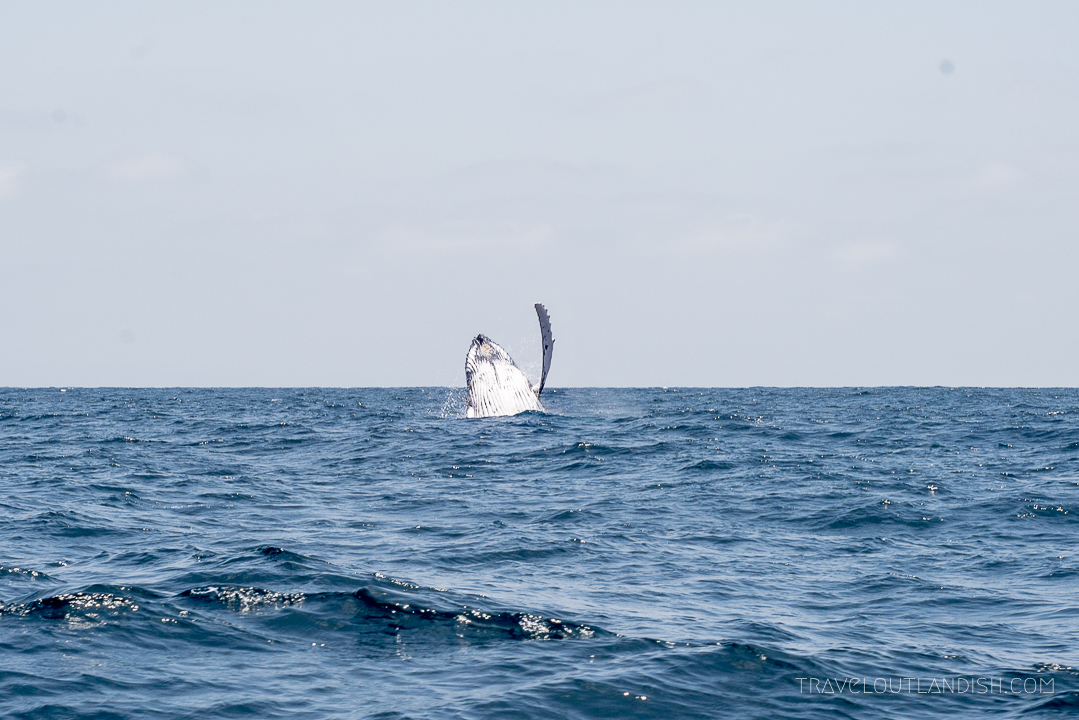 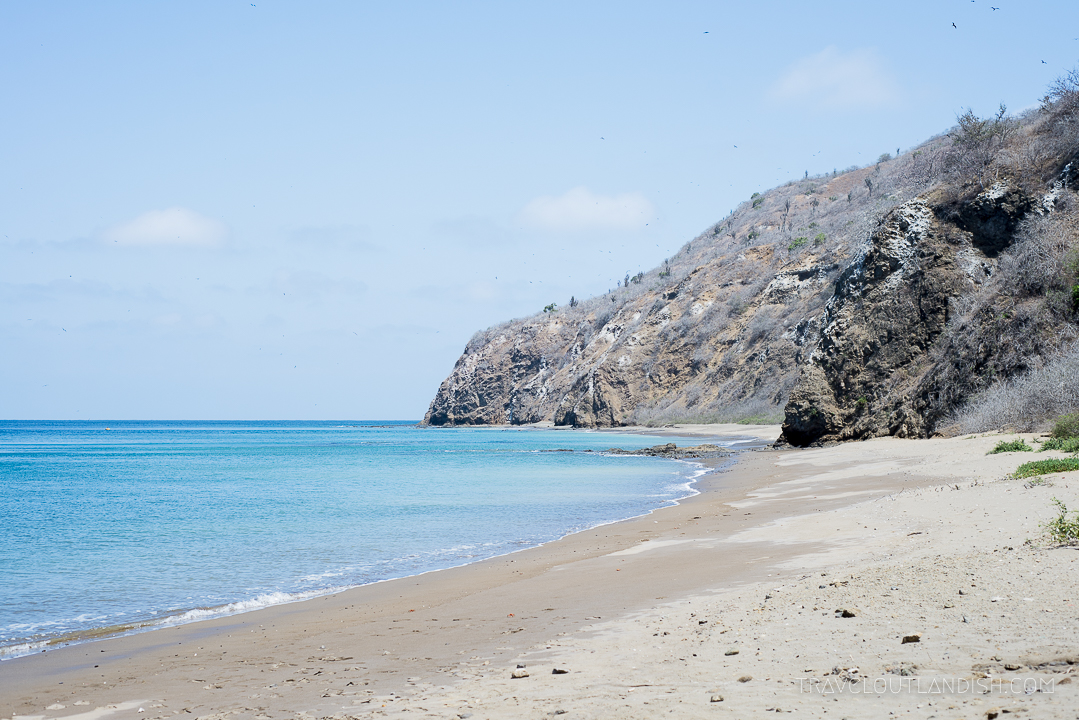 What to expect on your tour

Isla de la Plata is a 1-hour speedboat ride away from Puerto López. If you visit between June and September, you may even get a free whale watching tour on the way.

The island itself is tiny at just 2 square miles, but it is home to thousands of birds. There are five distinct hiking trails, and your tour guide will likely let you choose between two— the one with the view or the one with the frigatebirds. Our group opted for the easy 2-hour hike that would afford us the chance to see more birdlife. We expected more of a search for blue-footed boobies and frigatebirds, but you don’t have to look hard to find them. The boobies don’t roost and instead incubate their eggs right on the sand. If you visit during springtime, you’ll see babies and courting boobies everywhere. Our group was nearly tripping over them, ducking to avoid them, and swerving onto different trails to give them space. 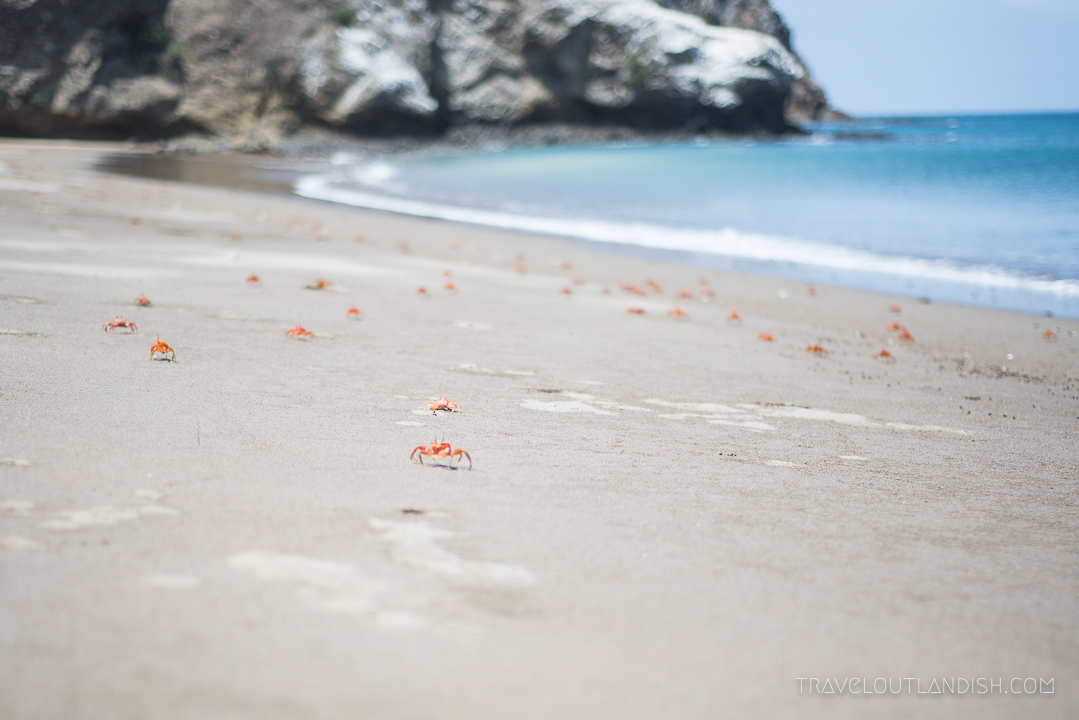 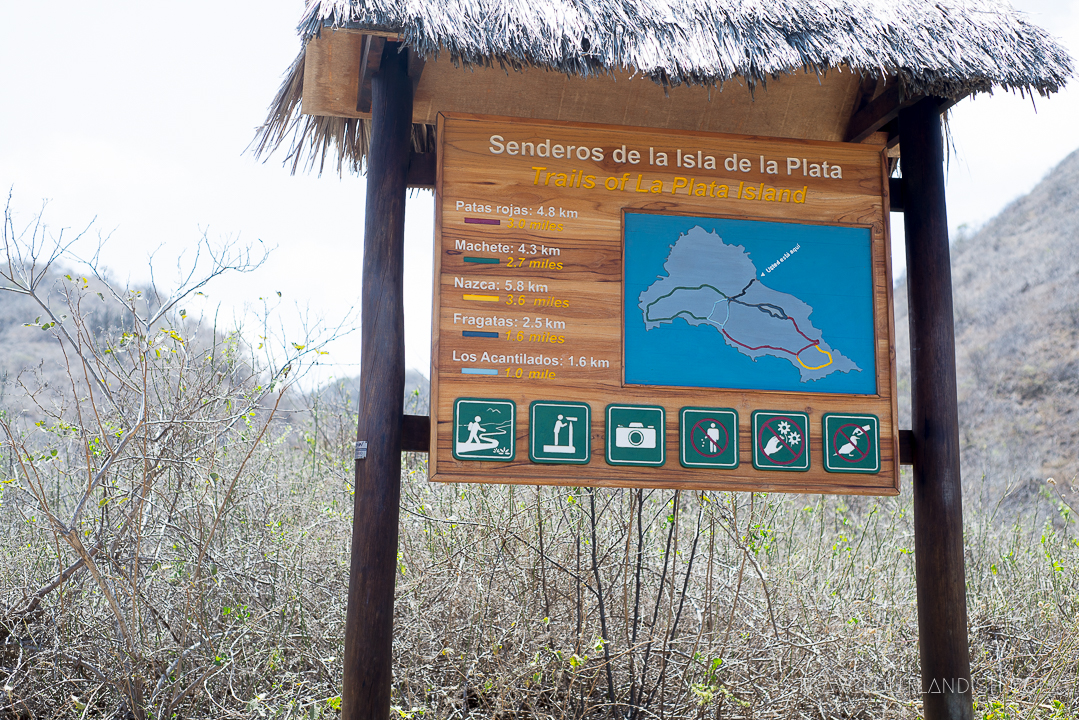 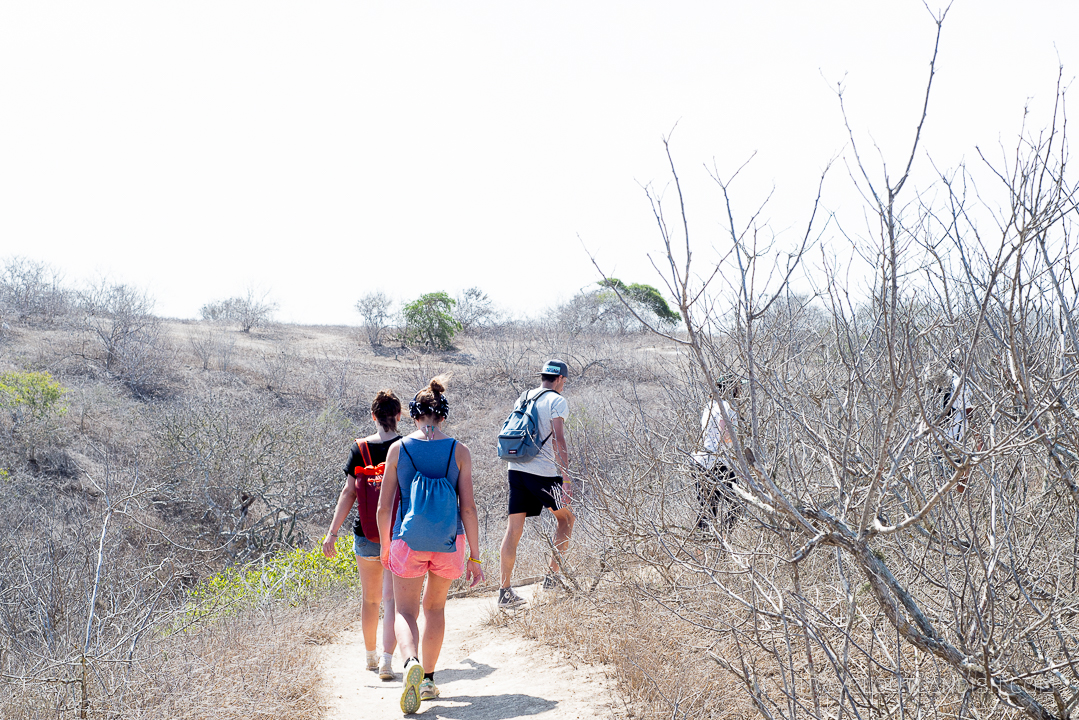 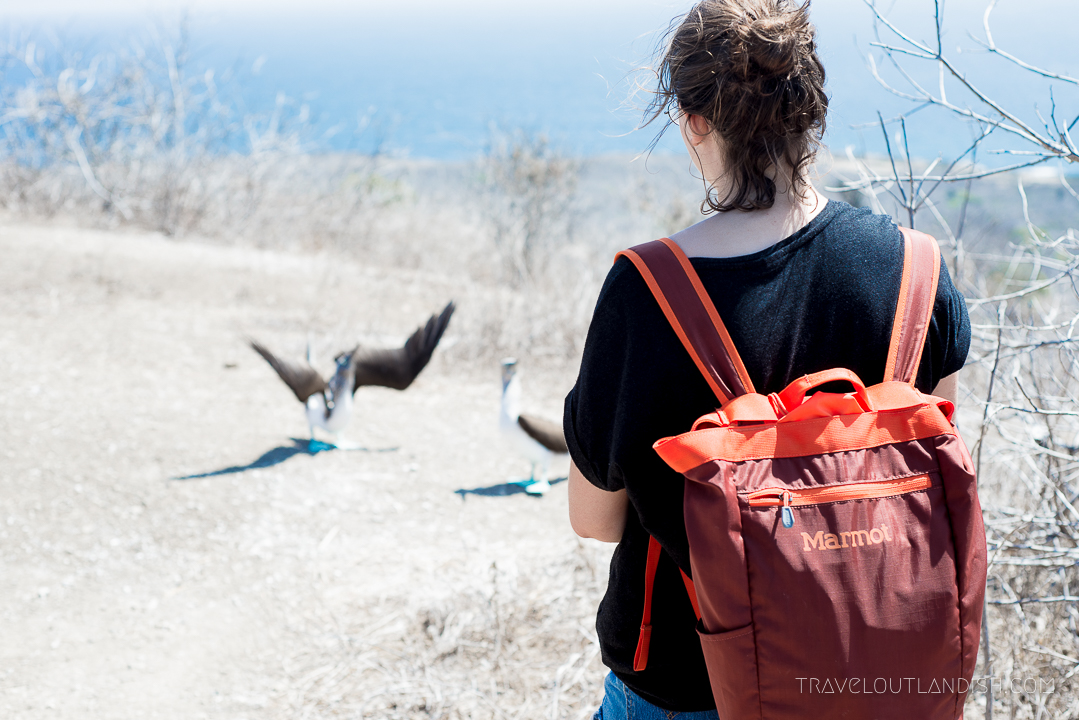 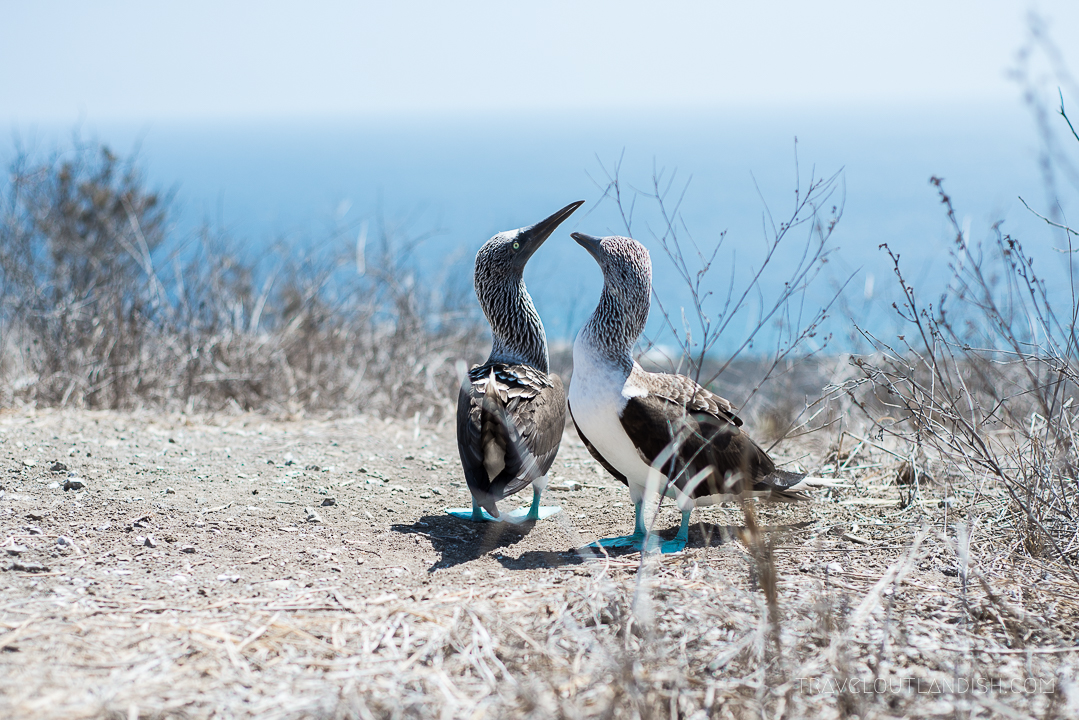 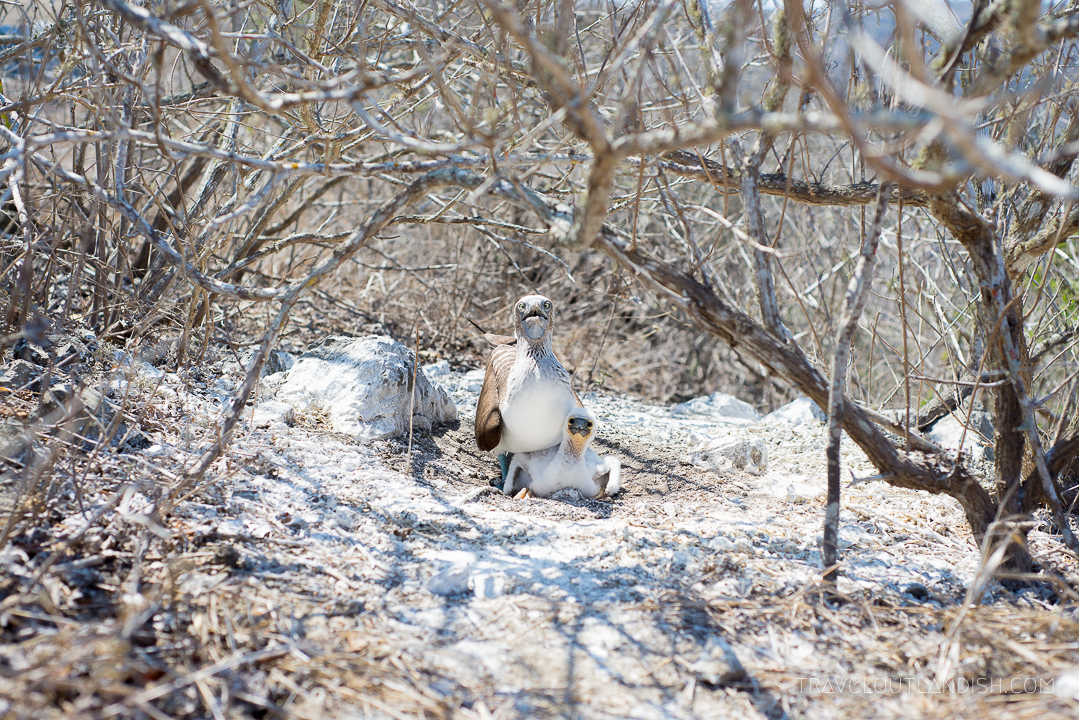 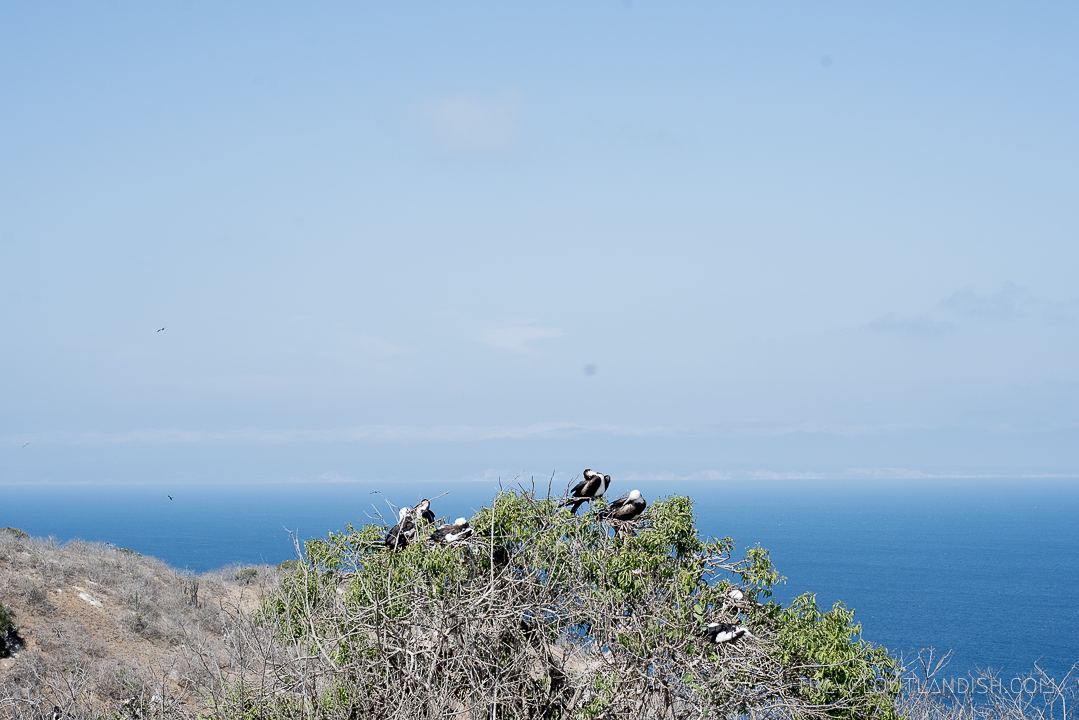 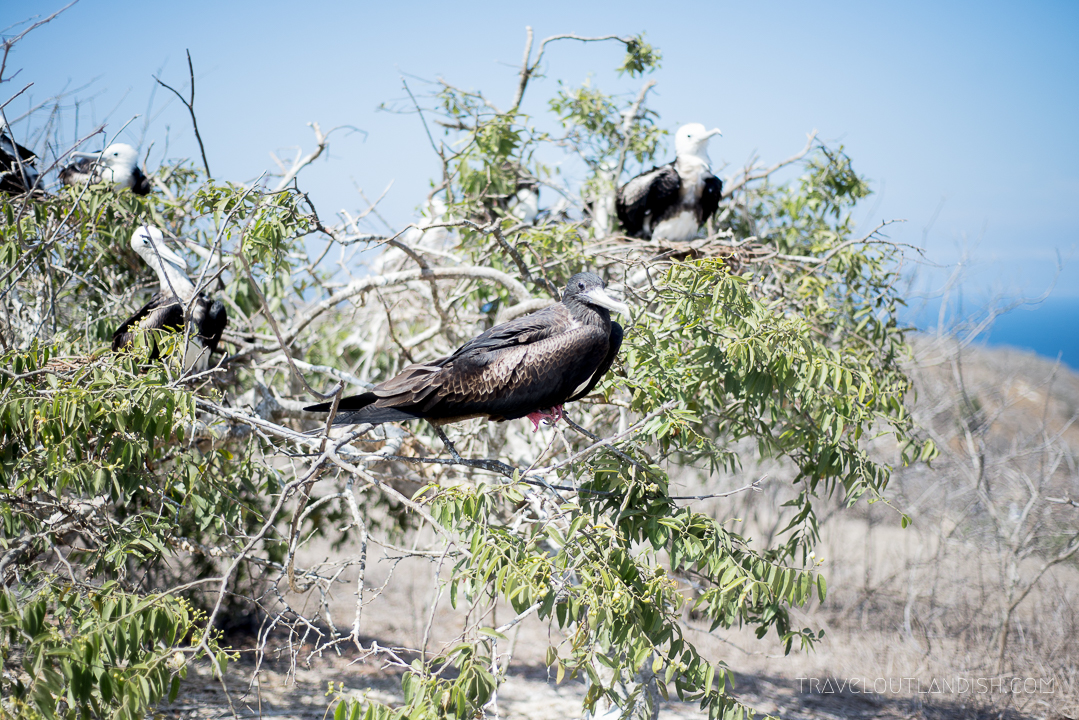 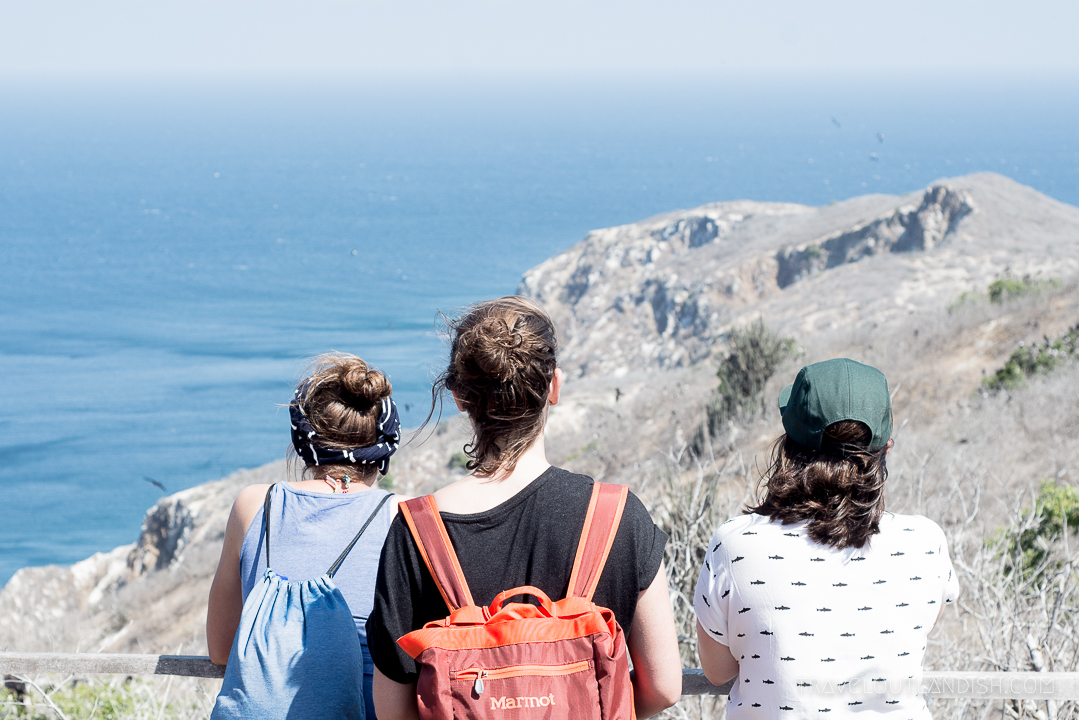 How to get to Isla de la Plata from Montañita

You can visit Isla de la Plata on a day trip from Montañita, or you can go straight to Puerto López to book a tour. There’s a lot of buying pressure during the low season, so expect to get dragged into a few shops while you price shop. Boats typically depart at 9:30 am. We swung a deal at $50, but if you’re looking to keep costs down, arrive early in the day and take advantage of group rates.

The best time to visit Isla de la Plata is between June-September when the whales are passing through, or December-March when the weather is best.

And if you’re traveling in Ecuador… 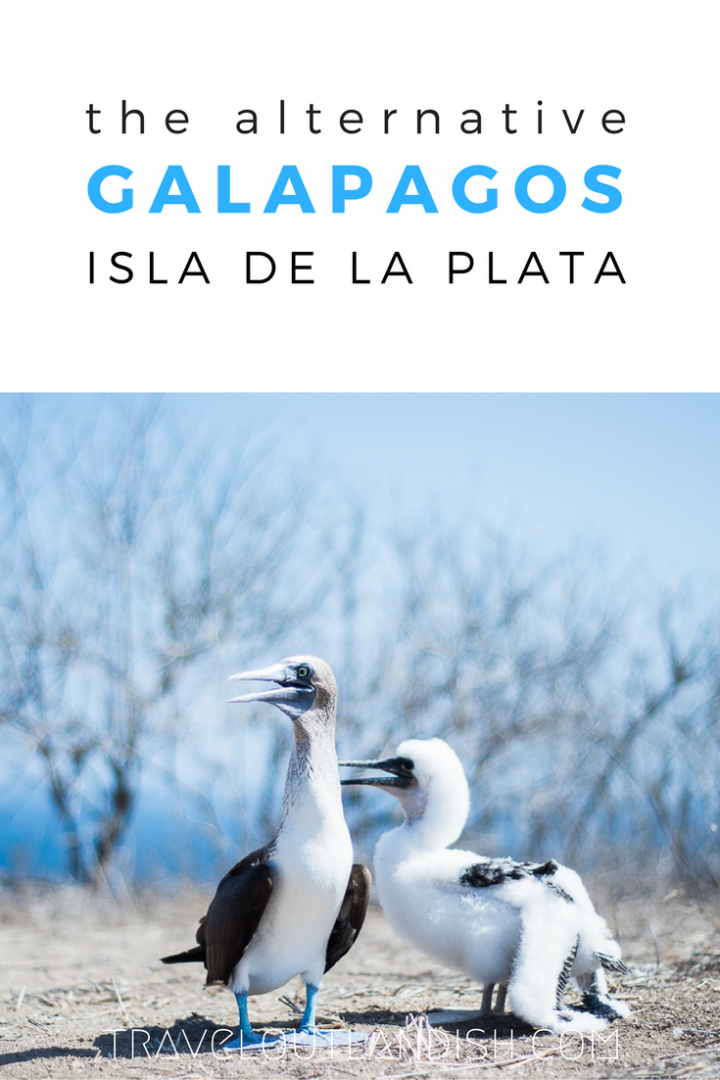