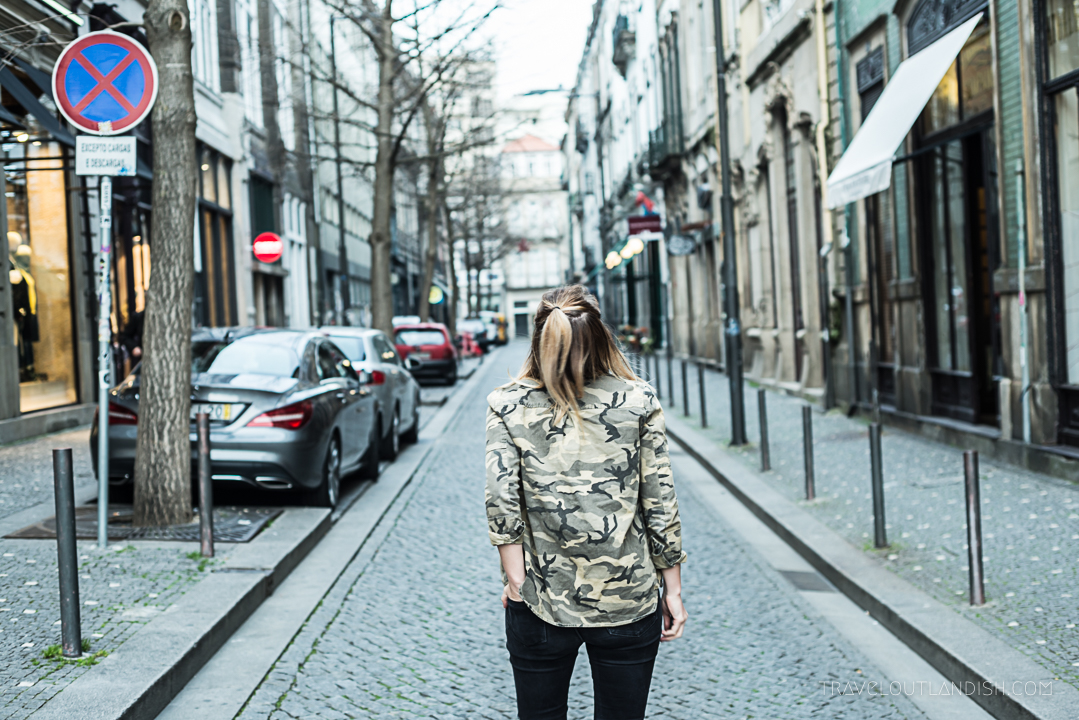 Porto has a unique mix of allure and grit that has inspired love stories throughout the ages. Of course, there is obvious beauty – graceful bridges like Ponte Luís I and the 18th-century bell tower at Clérgios Church – but the more eccentric bits are what really make Porto get stuck in your head.

Much of our time in Portugal was spent exploring Cascais and admiring the street scenes. We drove the Atlantic Coast in a campervan and ate too much seafood. We really only spent a few days in Porto, but I remember its tangled alleyways and sidewalk cafés as vividly places I’ve spent much longer. There’s something that feels familiar about it, like someone you only just met that somehow seems like a kindred spirit. And while the love was a fling, at best, I’m writing about it anyway. It was strikingly photogenic and there were so many alternative things to do in Porto, so why wouldn’t I?

Make the most of your time in the city by drinking, wandering, and doing nothing much at all. Want to experience some of the things that will make you fall in love with Porto, too? Here are 7. 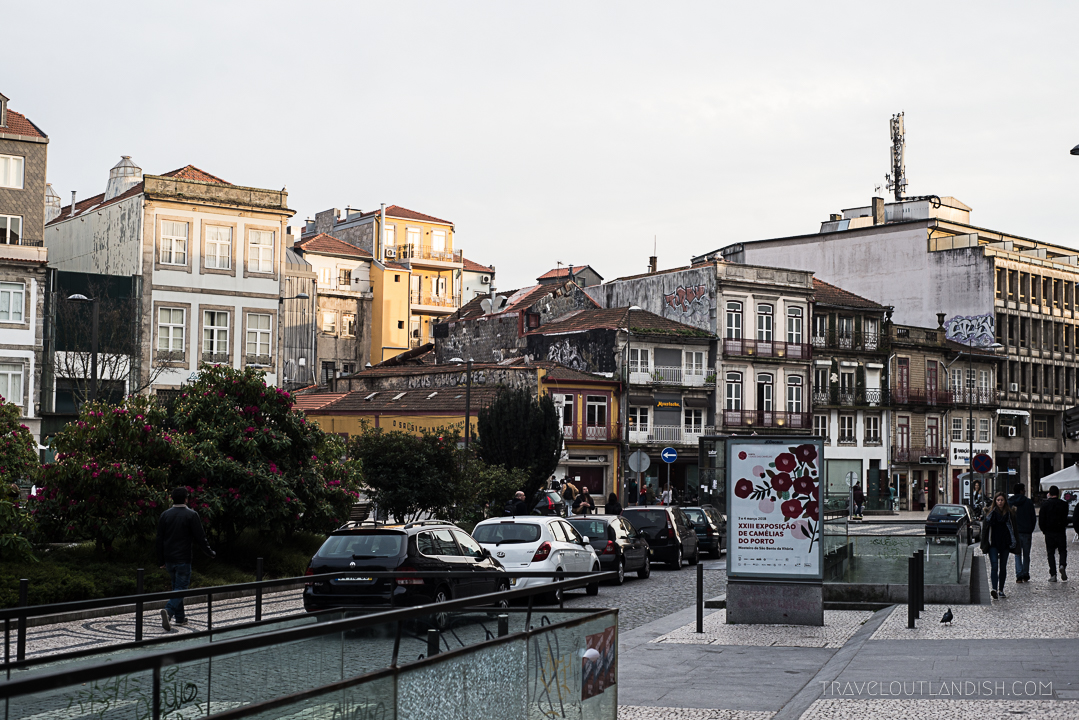 Waterfront culture is quite alright

Water shapes Porto, with the Duoro River to the south, and the Atlantic to the west. Historically the waterfront location made Porto an ideal trading port and shipbuilding center. In modern times, some of the city’s defining features are its metal arch bridges and riverside neighborhoods. Spend a slow day in Ribeira where orange roofed and pastel-hued houses ramble along the river’s edge. Here, you can sit outside and enjoy grilled trout with a glass of local wine in hand as you watch the world float by.

Even the train stations are awesome

São Bento Railway Station is a 19th-century train station best known for the extravagant vestibule and the some 20,000 azulejo tiles that decorate its interior. The train station is still operational, serving Porto’s suburbs, but the railway station itself is worth a visit even if you’re not traveling. Also interesting is Lapa Station, where you can check out two-stories of graffiti-covered apartments across the way. 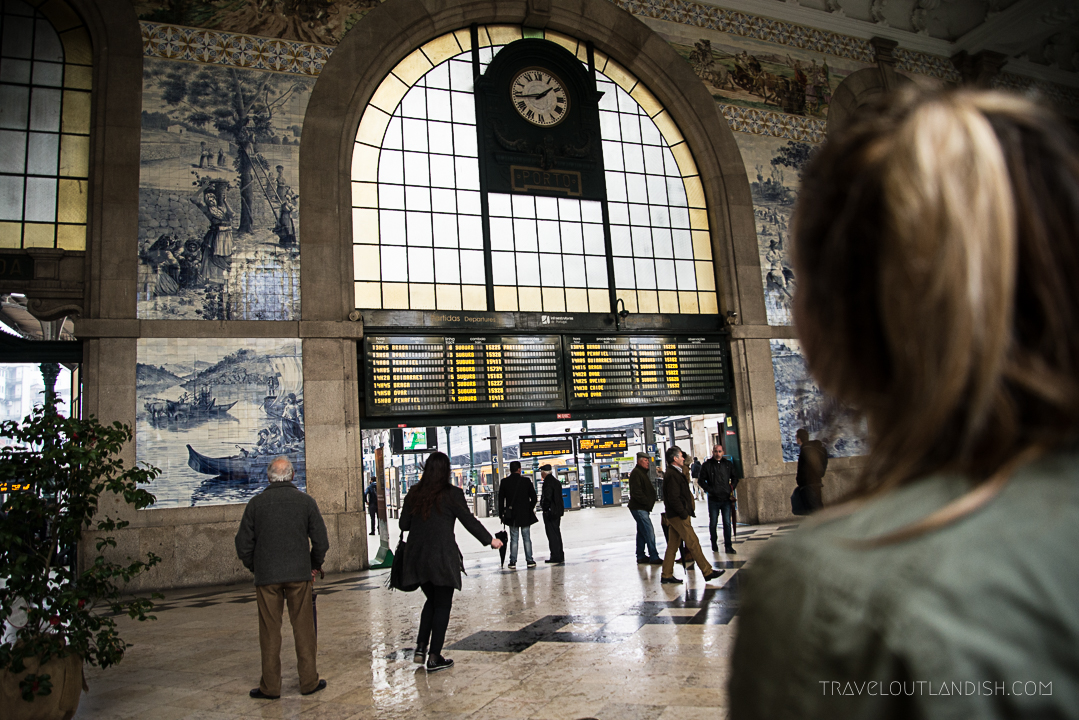 The street art gives the city a bit of grit

While the city of Porto is in many places a sweep of delicate houses and impressive architecture, it’s super gritty in parts, too. The street art in Portugal took off after the Carnation Revolution of 1974, and the city of Porto embraced it rather than stifled it. Some of the most esteemed street artists in Portugal – Frederico Draw, Vhils, and Oker– have left their mark on Porto with formats ranging from large-scale portraits to cartoonish murals. For the best collection of street art in Porto, head to Fundação José Rodrigues, a former factory that has been taken over by works of urban art. Another cool spot to look is Rua de Cedofeita, where you’ll find a little bit of everything lining the street. Tip: Learn all the dirty details of the street art scene in Porto on a street art tour (22€). 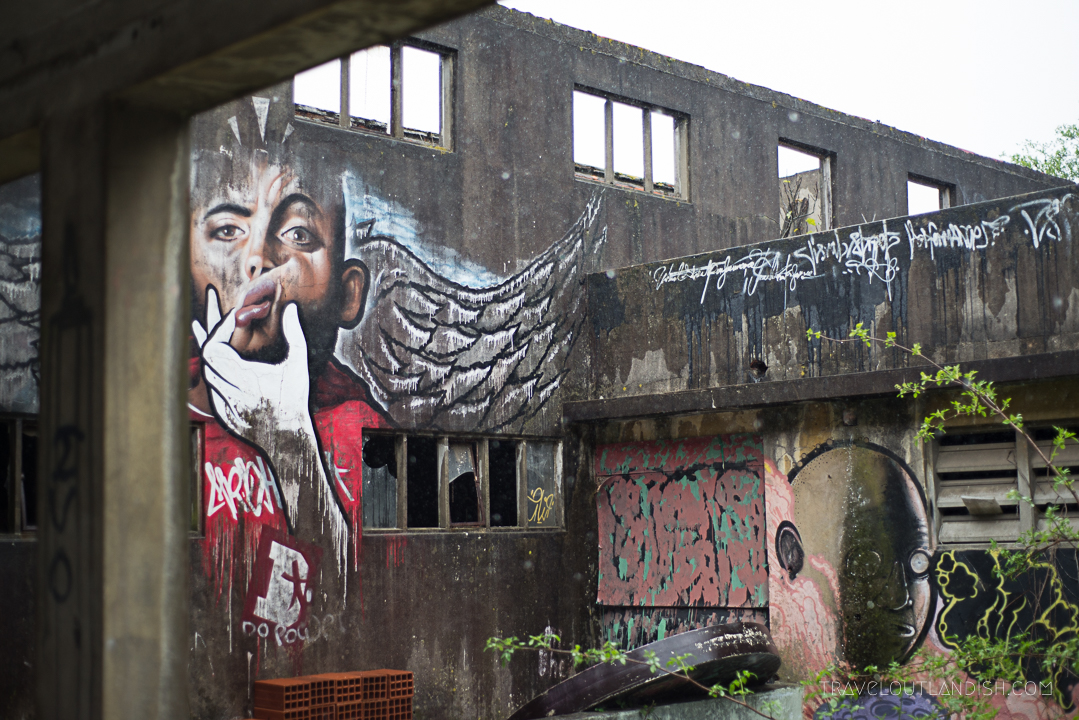 Finding a place to stay isn’t too hard

Porto has done a pretty excellent job of creating options for people of all ages. Backpackers can stay in dorm beds at the city center inside PILOT Design Bar & Hostel (20€) while those looking to go upscale can snag a bed in the 18th-century baroque palace, Pestana Palácio do Freixo (300€+). I’d also point out that finding housing is less competitive and the cost of accommodation in Porto is roughly 30% cheaper than Barcelona. If you’re looking for a place in the Iberian Peninsula for a long-term stay, you can take a look into local neighborhoods in Porto and grab a stylish Airbnb without blowing your budget. 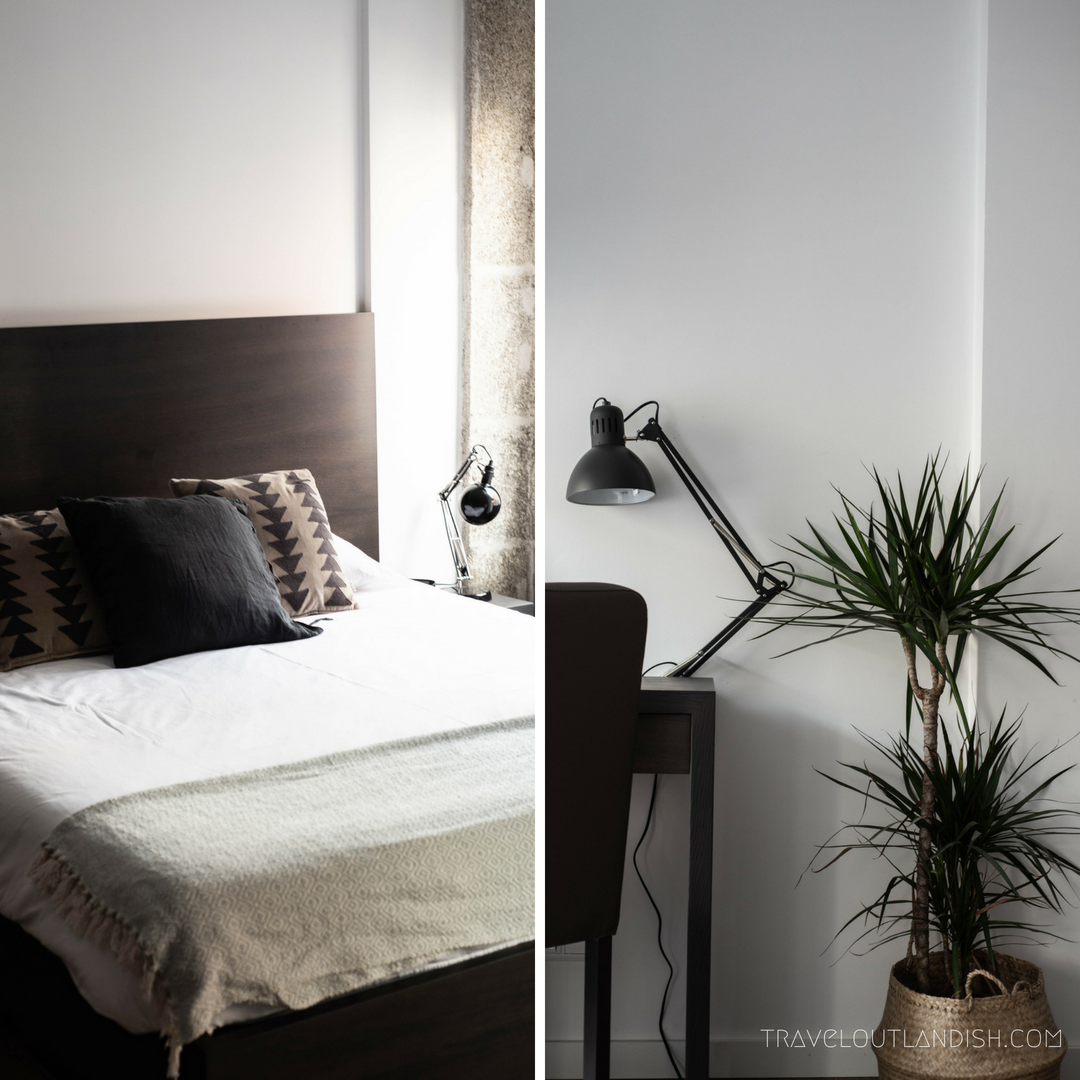 You can see the places that inspired Hogwarts

Does anyone not maintain at least a fleeting interest in Harry Potter? JK Rowling taught English in Porto back in 1991, and it is said she drew inspiration from school uniforms and local characters as she created the mythical world of Harry Potter. Perhaps most notably is Porto’s own Livraria Lello, which is said to have been the muse for the Hogwarts library. These days, the bookstore is more tourist attraction than a cozy place to thumb through the pages of your favorite novel, but diehard Harry fans still won’t want to miss it. Tip: Get the city’s full Harry-tage on a Harry Potter tour  of Porto (22€)

Porto is the namesake city for port wine, so drinking port in Porto is basically your duty. Every bar or place to eat in Porto will have a bottle on hand, and you can even order a P&T – port wine and tonic – if you’re trying to look local. For those who think sweet wine is a headache waiting to happen, you might instead partake in the local gin culture. The Gin Club in Cedofeita carries over 150+ types of gin and is a stellar spot for people watching. Tip: Still need help navigating the local culinary scene? Join in on a wine and tapas tour (95€). 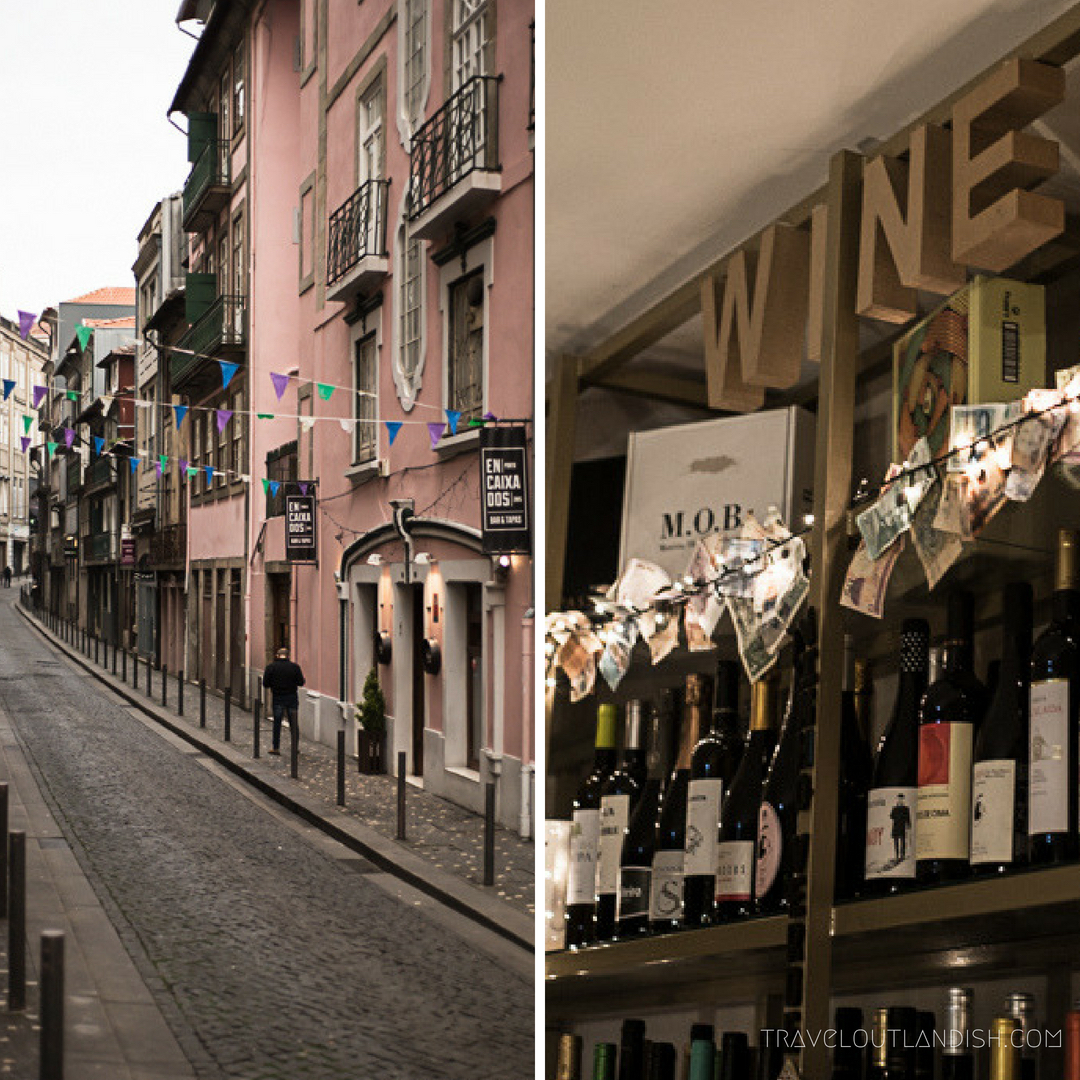 Peneda-Gerês National Park is Portugal’s only national park and it sits just an hour north of Porto. The park is a protected natural forest with a river and waterfalls, and there are numerous hiking trails and campsites set up within the park. Also outside of Porto is the Duoro Valley, the wine growing region shared with Spain. Most often explored by river cruise, you can also venture into the Duoro Valley for a cozy bed and breakfast stay and wine-tasting tours. 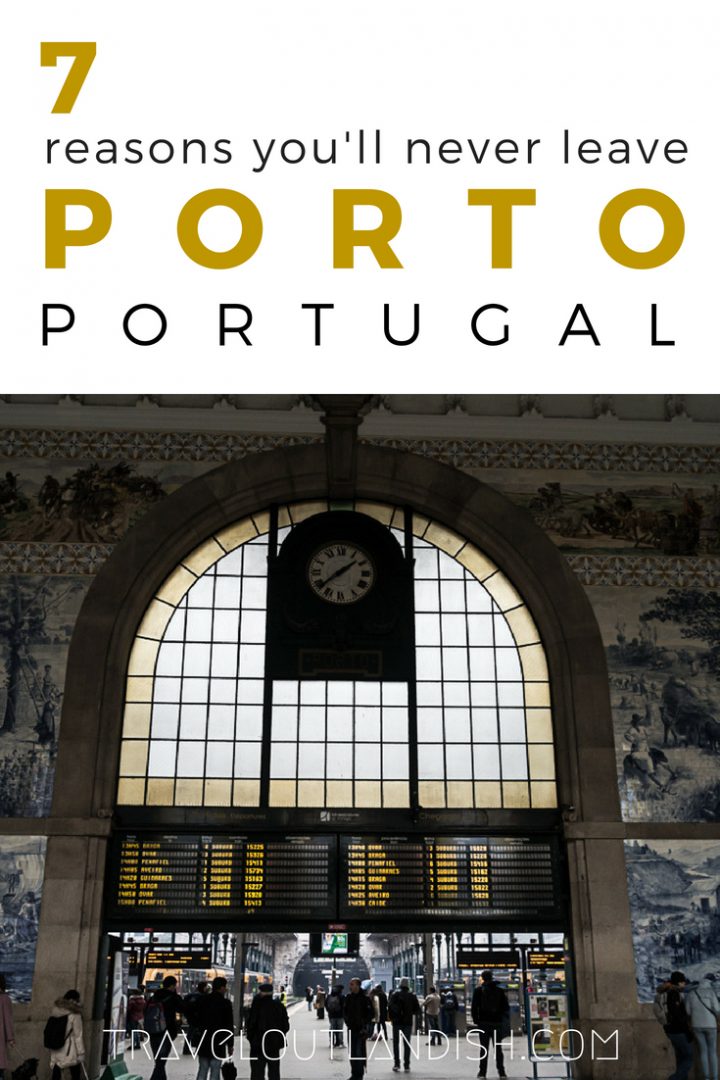 Got any other recommendations for free, alternative, or fun things to do in Porto? Share them in the comments below! And if you’re traveling in Portugal…