What the Hell is Cholitas Wrestling? | Bolivia 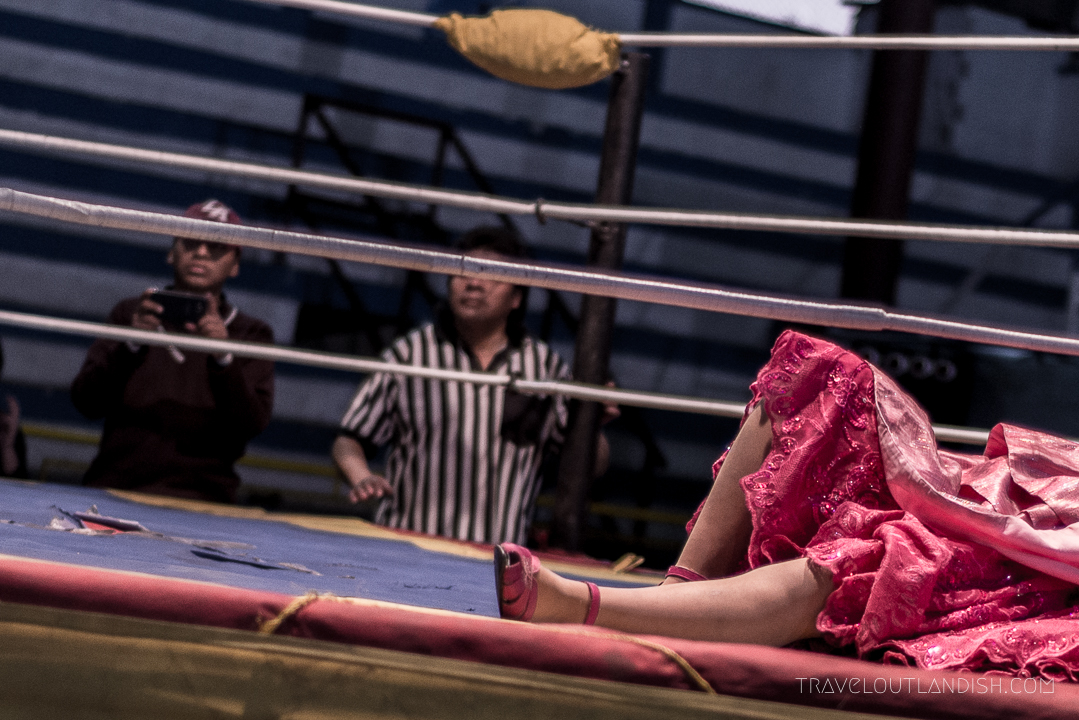 South America has its share of iconography. While Peru has the Incan citadel of Machu Picchu shrouded with clouds and the Galapagos Islands have got their wall-eyed blue-footed boobies, Bolivia has its Cholitas – and sometimes wrestling Cholitas.

Bolivia’s indigenous women wear full skirts and fringed shawls with their endless black hair in braids. Perhaps the most recognizable part of their look is bowler hats left over from British colonialism; the bowler hats can be spotted in a seemingly endless range of styles and colors walking through the streets of La Paz. Unlike many types of traditional dress, the Cholita’s costume is not for tourist show. Instead is an act of habit, reflective of Aymara and Quechua tradition that lives on. And trust me when I say it hasn’t always been easy to be a Cholita.

Cholita’s used to be considered part of Bolivia’s lower echelon. Barred from certain neighborhoods, they were alienated much like they would be in a caste system. It wasn’t until 2006 when Bolivia elected Evo Morales – the country’s first indigenous president – that indigenous people were afforded the same civil rights as the rest of the country. Since then, the Bolivian Cholos y Cholitas are making a comeback in a major way. 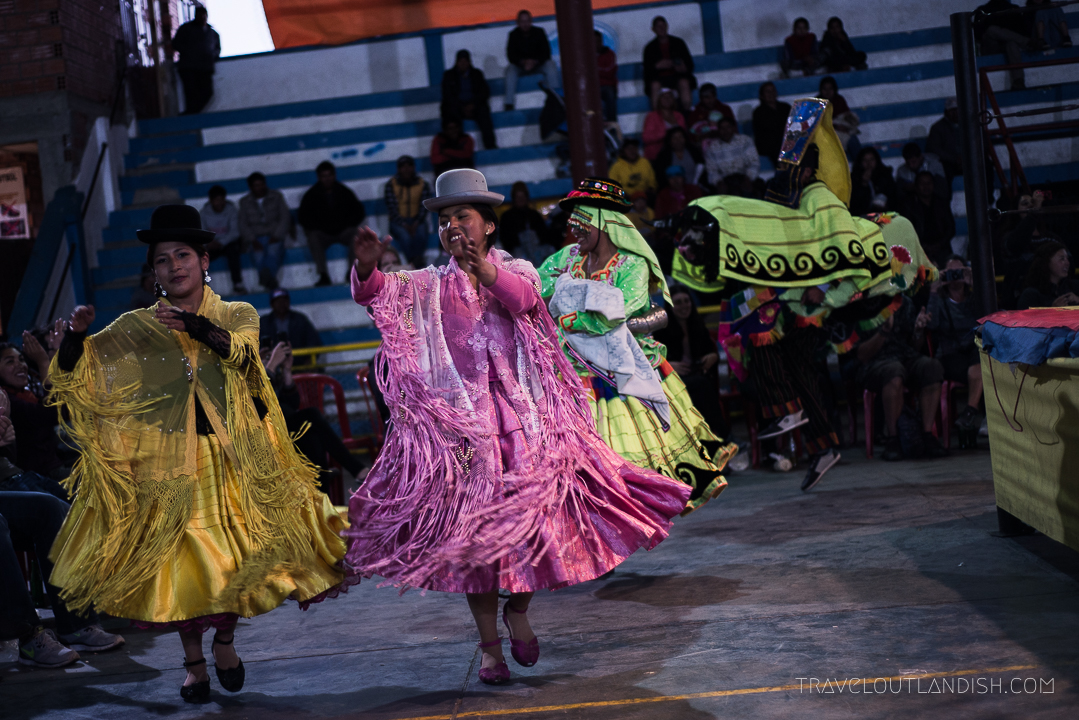 Cholitas are breaking into new realms. Rather than confining themselves to vending fruit on the roadside, they are working as lawyers, doctors, and even professional wrestlers. Every Thursday and Sunday in El Alto, La Paz, the Fighting Cholitas hop in the wrestling ring to take each other down, lucha libre style. It’s a weird new wave of indigenous pride and feminism, and you can watch.

Throughout the 2 hour show, the Cholitas pull braids, give chokeholds, and make some [very theatrical] leaps from the ropes. Of course, the match is more WWE than street fighting (ie. super fake), but that just adds to the entertainment. Grab your seat next to the ring with a bottle of Coca-Cola and a bag of popcorn, and cheer on the Cholitas as they sashay their way into the ring. Hoot and holler as they pin and tag-team one another. 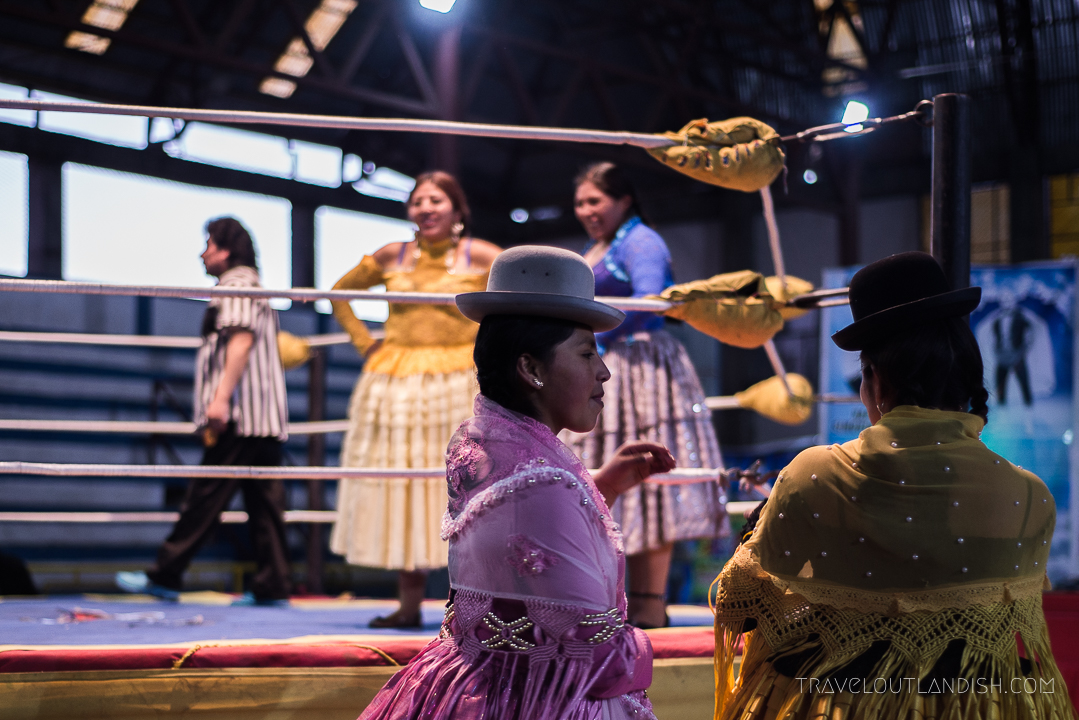 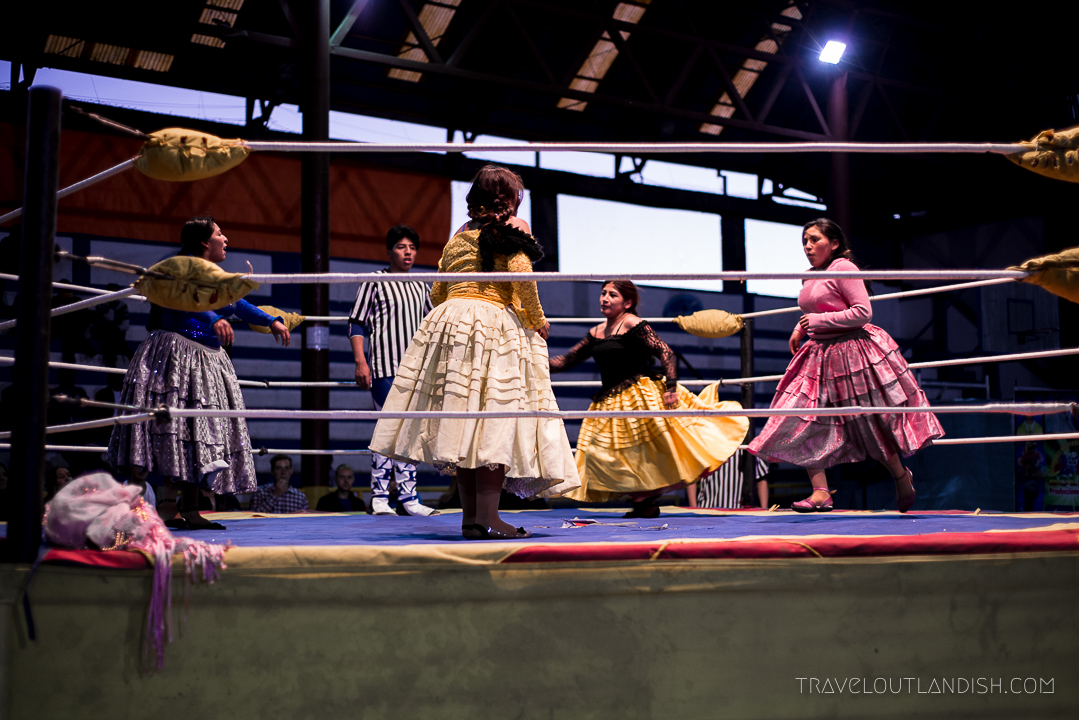 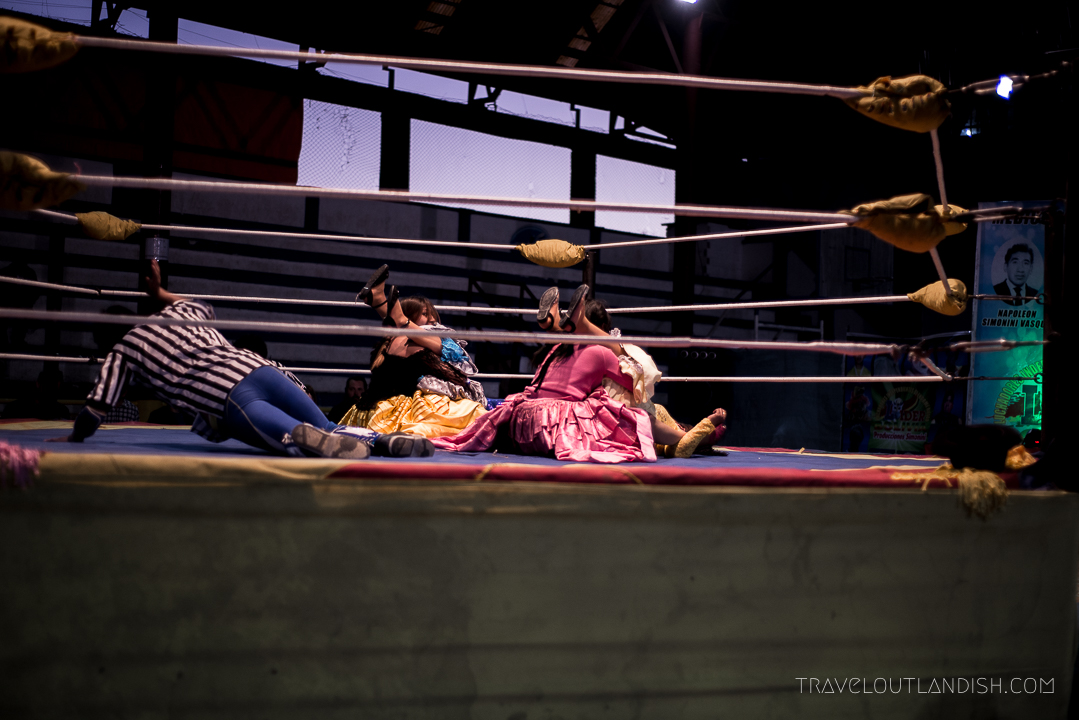 You don’t have to be into wrestling (do people really still watch WWE?) to enjoy a good round of Cholitas Wrestling in La Paz. In fact, next to the Salar de Uyuni and Death Road, it’s high up there on the list of strange things to do in Bolivia. Here are some photos from a Cholitas wrestling match in La Paz, along with tips on how to get there, information on Cholitas wrestling tours, and the time of the matches

The Throw Down on Cholitas Wrestling 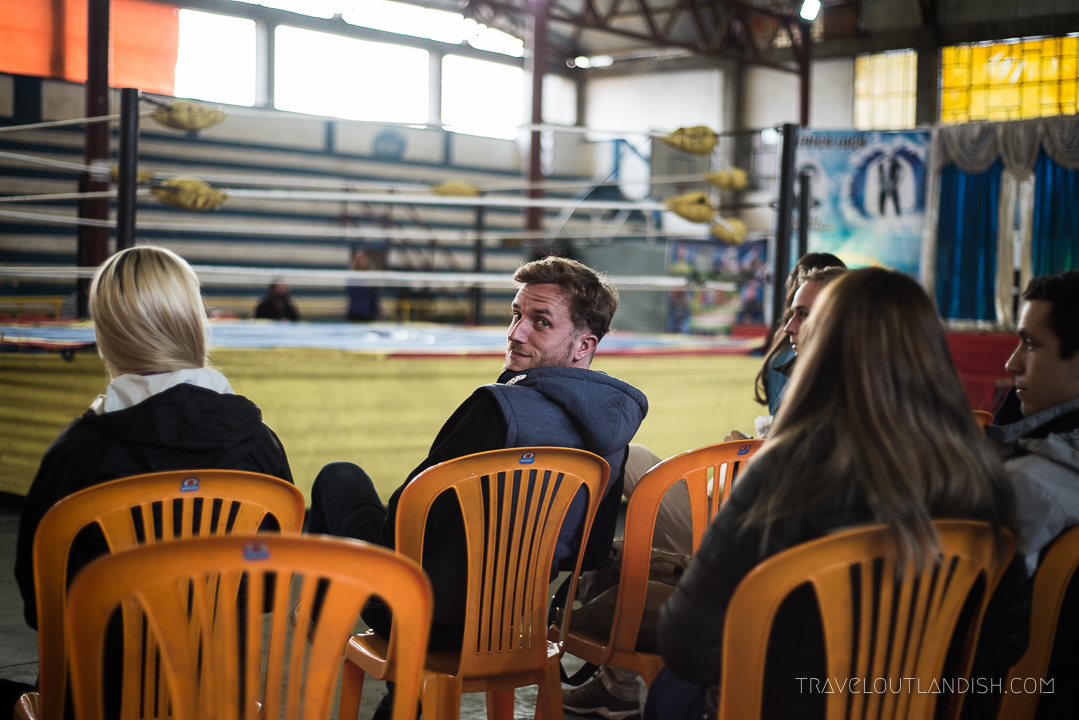 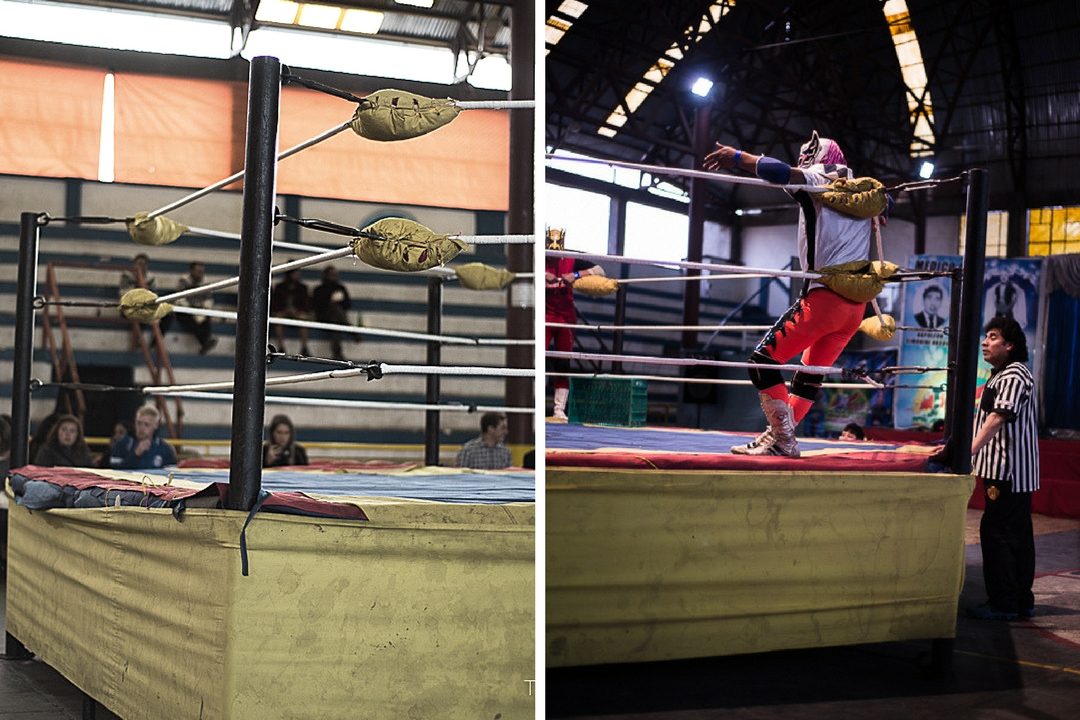 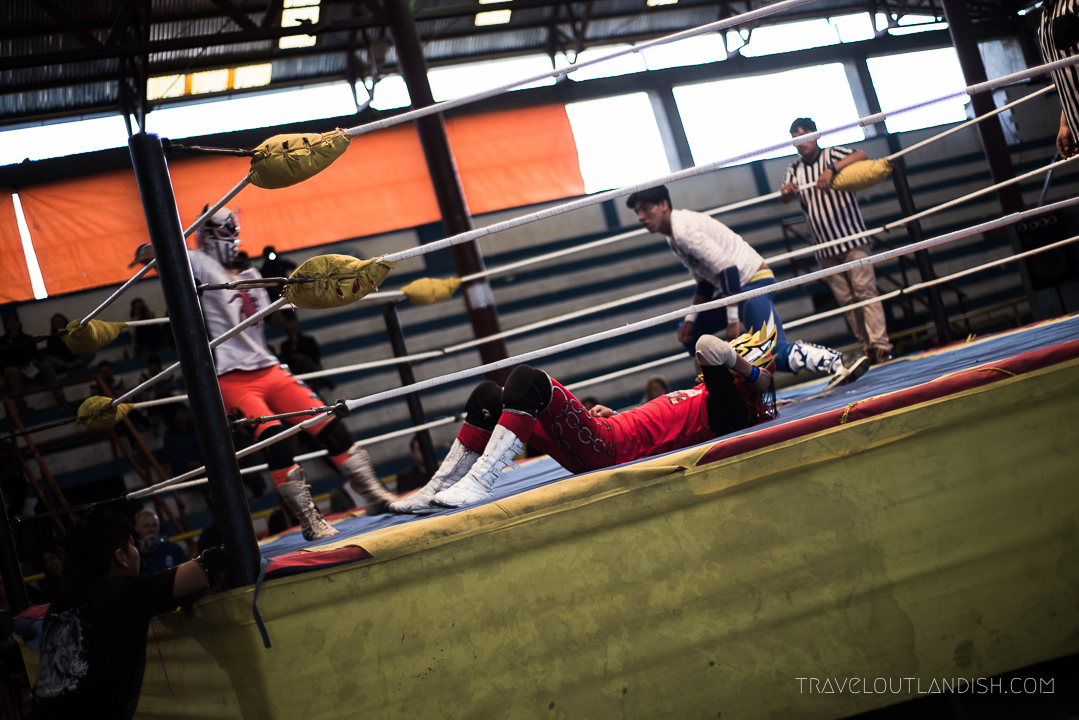 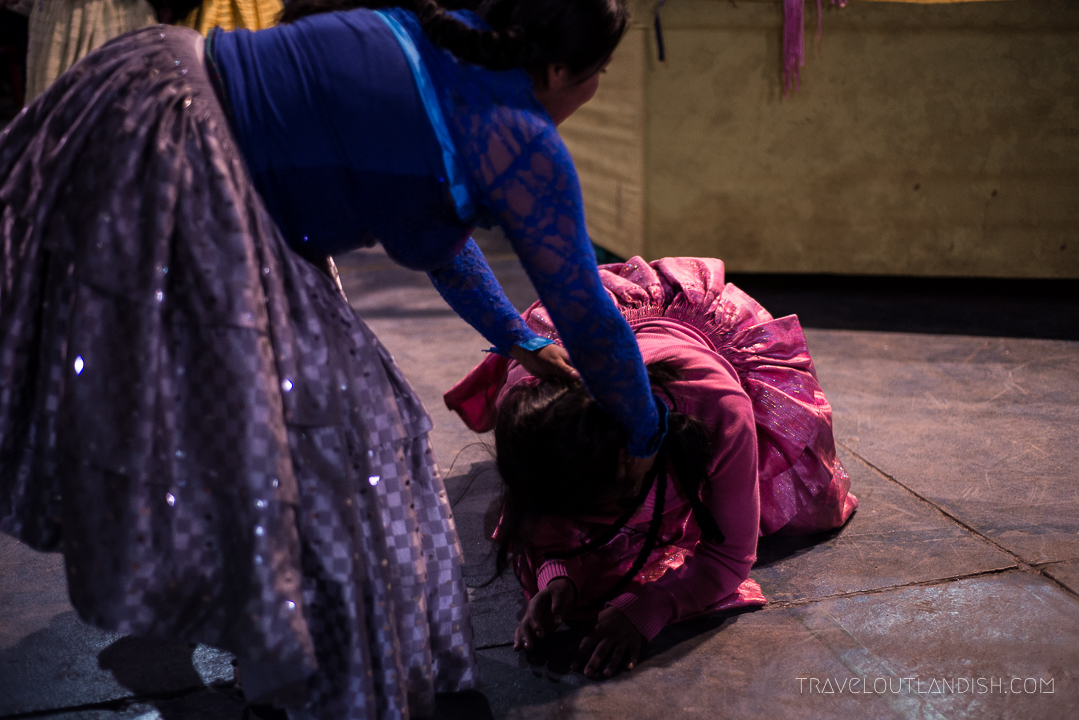 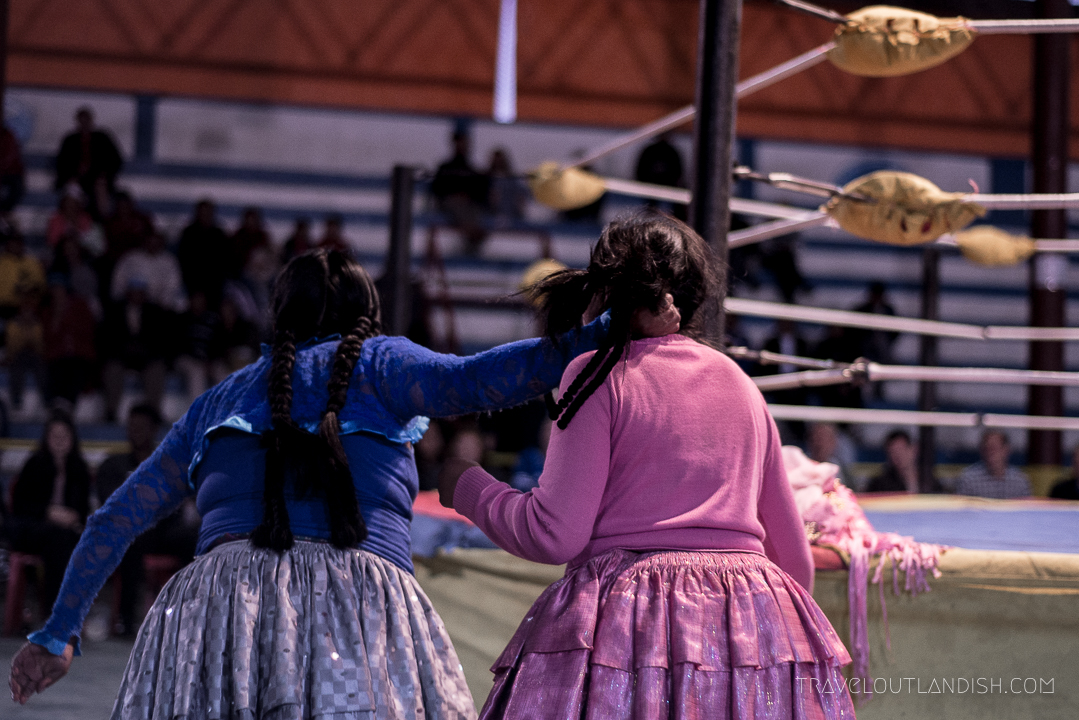 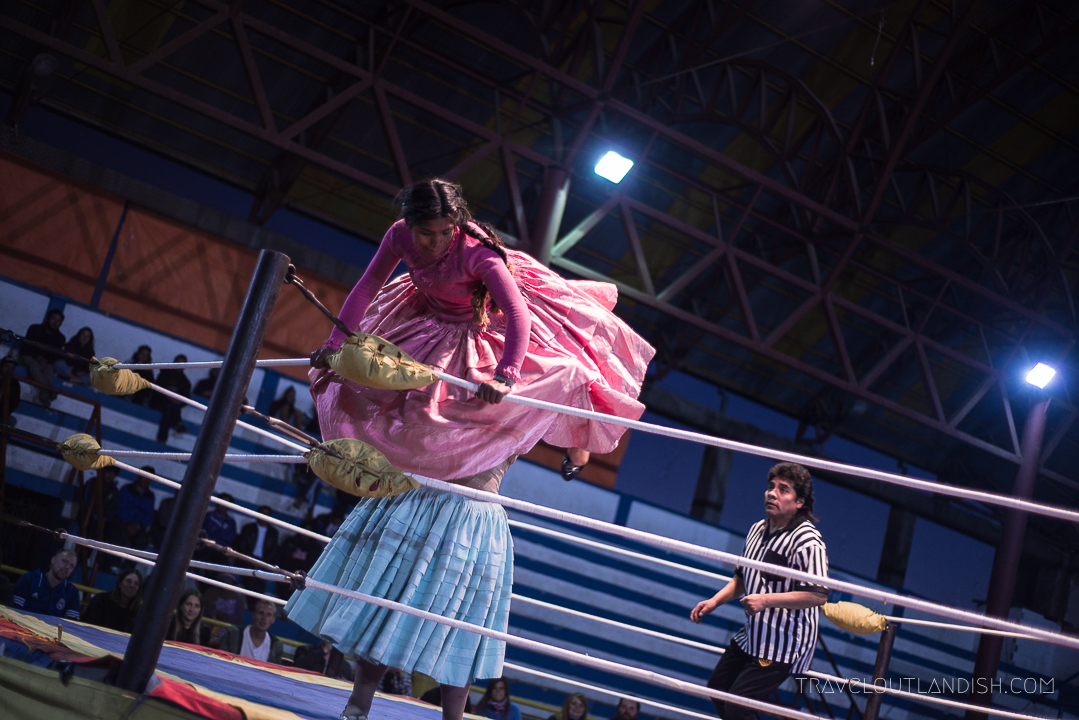 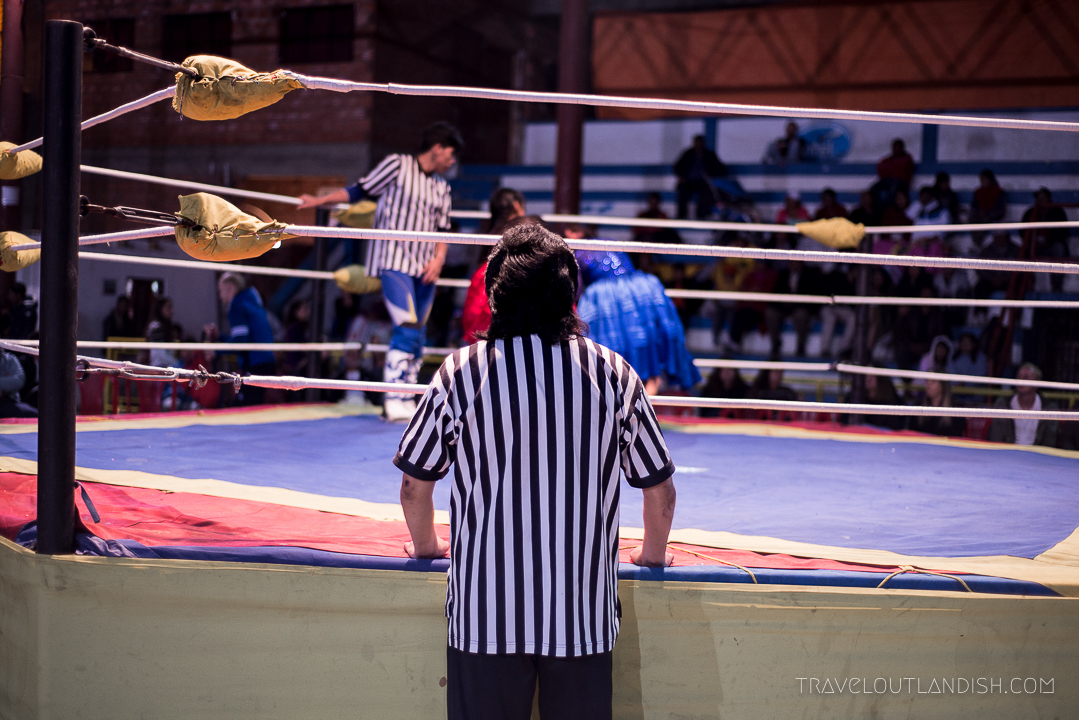 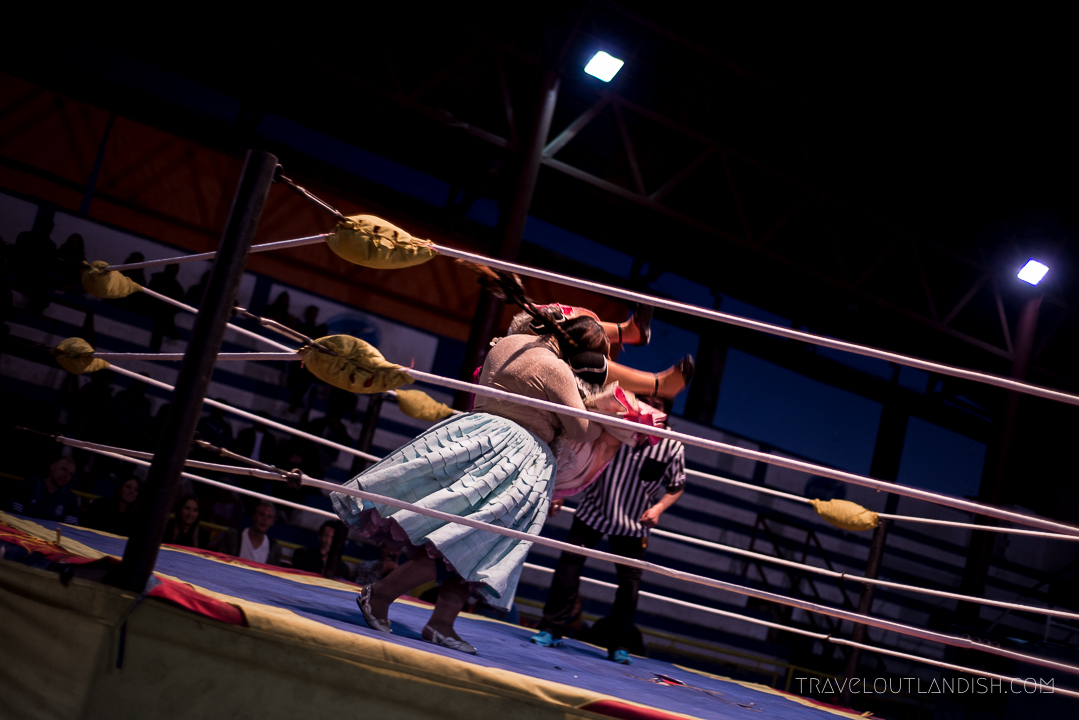 How to See Cholitas Wrestling: The best way to see the event is by booking a Cholitas Wrestling tour through Red Cap or Kanoo. Tickets start from $11.50 for a tour including transport, VIP seating, a guide, and snacks (2017).

Getting There: If you book a Cholitas Wrestling tour, they’ll pick you up and drop you off, but if you’d prefer to go it alone, you can take the red teleferico line. 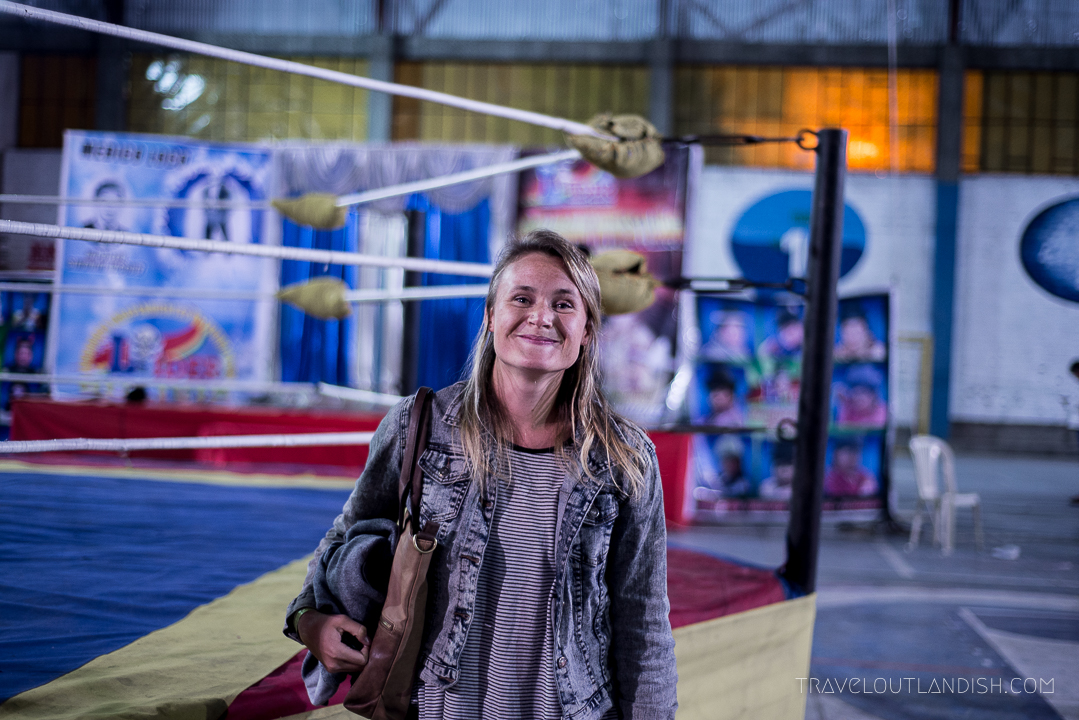 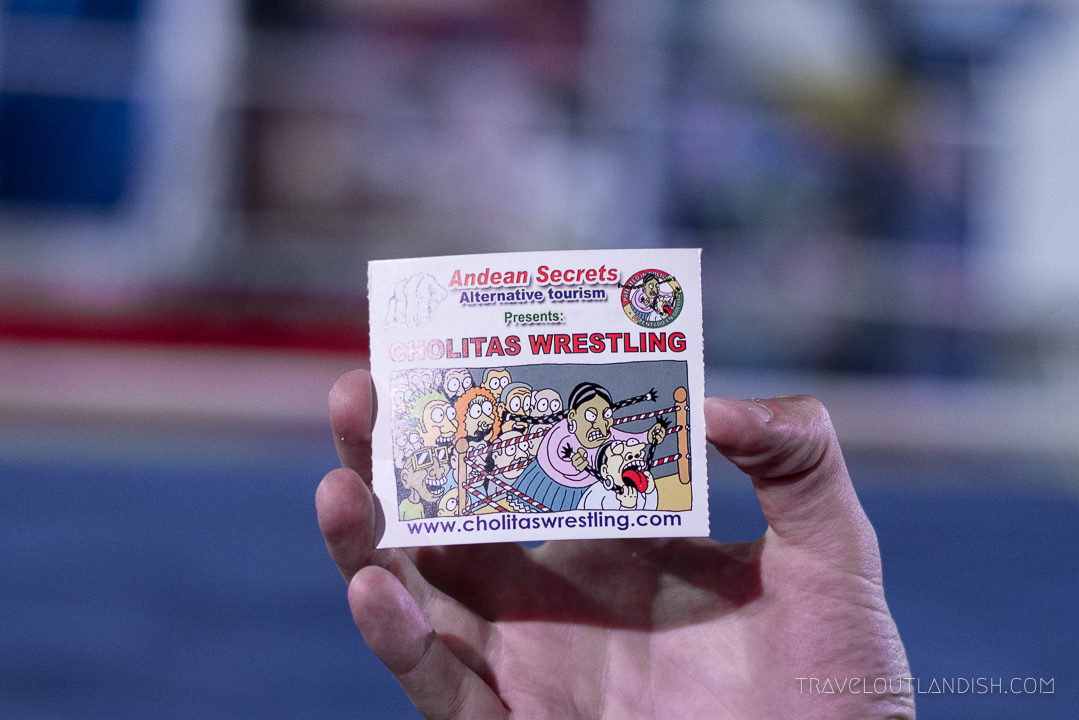 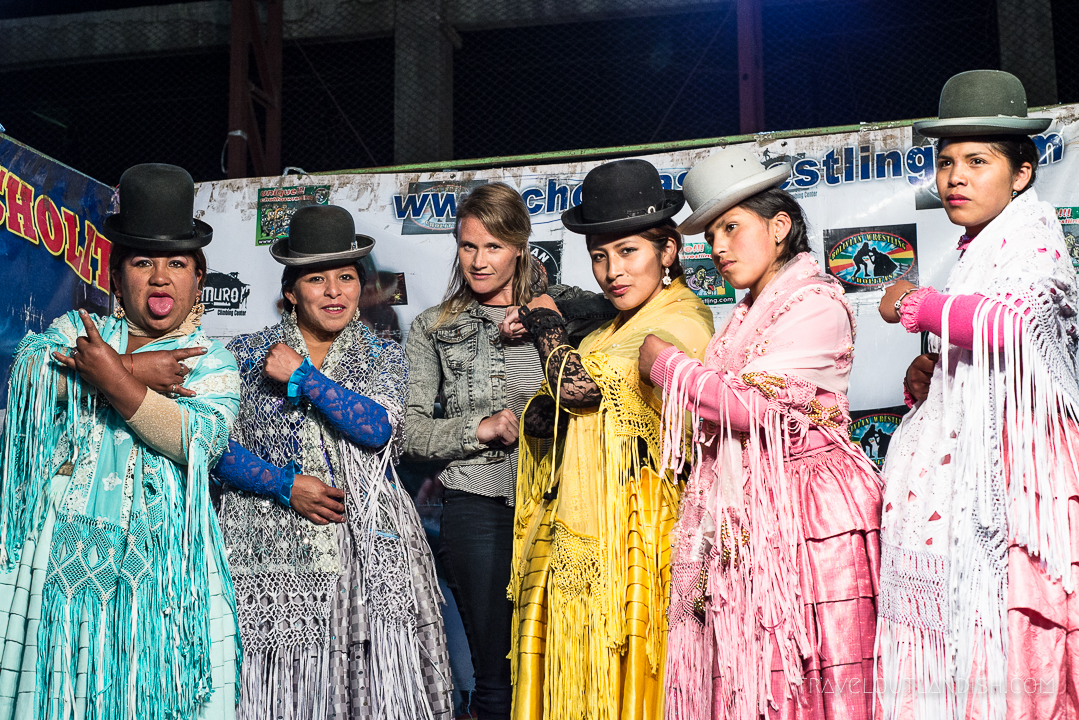 Have you ever seen Cholitas Wrestling? What did you think? And if you’re traveling in Bolivia…