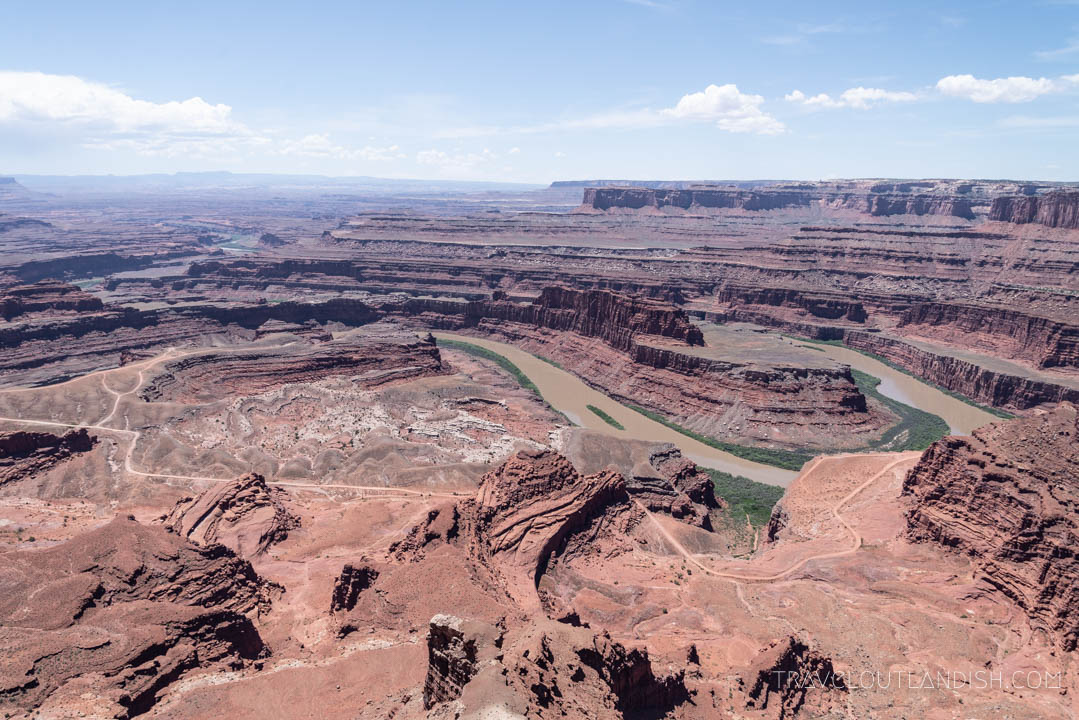 A Southwestern road trip is the American road trip as its best. Think scenic stretches of road punctuated by tiny towns and some of the best wilderness areas in the United States. You really can’t go wrong with any of the usual suspects (and the list of State Parks & National Parks in Utah is longggg). Parks with names that have to be an exaggeration but somehow live up to expectations. State Parks with hoodoos and others with slot canyons. Parks with iconic drives and sandstone arches and massive rock formations that stretch hundreds of kilometers across the land.

If you’re already familiar with the parks in Utah and are looking for more direction on what to expect, when to start planning, and some suggested itineraries, you’ll want to read this article instead. But if you’re just starting out with your Southwestern Road Trip, this article will talk you through some of the best State Parks & National Parks in Utah (plus a few bonus stops!) including what the parks are known for, what to expect, and what makes them so special.

The Great Salt Lake in Northern Utah is the largest lake between the Great Lakes and the Pacific Ocean, and it’s just a quick drive from Salt Lake City. Superlatives aside, the reflective surface of the Great Salt Lake makes for photogenic sunsets. With average 12% salinity, it’s more of a float than a swim, but you can also sail, kayak, or wildlife watch from the water.

While it’s out of the way, the Great Salt Lake offers a completely different experience than any of the other National Parks or State Parks in Utah. You’ll read mixed reviews about it. Some call it “slimey”, “stinky”, and “inaccessible” while others say it’s beautiful and worth the visit.

Snow Canyon State Park is located in the Southeast corner of Utah on the edge of the Mojave Desert. It’s got petrified sand dunes, a sandstone canyon, lava tubes, slot canyons, and scenery not so dissimilar from neighboring Zion National Park. The park is packed with hiking and biking trails, climbing routes, and a stunner of a scenic drive.

Zion National Park sprawls 590 km2 across southwest Utah. You’ll know it for steep sandstone cliffs and slot canyons.. People love it for it’s one-of-a-kind hikes in Zion like the Narrows and Angel’s Landing. The views overlooking Zion Canyon rival only those at Yosemite with jagged red rock walls and green shrubs sprouting from red earth. And the scenic drives are some of the best in the Southwest.

But as the fourth most visited National Park in the country, is it worth all the hype? It really depends on how you do it. Crowds swarm Zion in the summer. In my opinion, if you stick to the best-known hikes and scenic drives, you might wonder how the park got its divine name. But the park is big and really damn beautiful. If you can hike into the backcountry or drive to another side of the park, the beauty of Zion is quick to reveal itself.

Bryce is close enough to Zion that you can visit on a day trip but it’s well worth the overnight so you can explore some of the walking trails and see the diverse landscapes. The park stays cold well into the summer, so layer up, prepare for the drizzle, and get ready to see extraordinary.

Kodachrome Basin State Park is a relatively unspoiled state park with 67 stone spires or “sedimentary pipes” formed over 180 million years. It’s celebrated as a park for camping, hiking, and if you’re up for it, horseback riding.

Kodachrome Basin is approximately 300 miles from Salt Lake City off of Highway 12. It’s an easy stop over on your way between Bryce and Grand Staircase Escalante.

HOW TO PLAN YOUR SOUTHWEST ROAD TRIP
HOW MUCH DOES A ROAD TRIP COST?
EXPLORE OUR NATIONAL PARK GUIDES

The park was a massive 7,610 km2 in 1996, but made news in 2017 when President Trump cut the protected area nearly in half. You can either take a scenic reroute through Grand Staircase-Escalante on your drive between Bryce and Capitol Reef or make more time to explore the National Monument.

Of all the National Parks in Utah, Capitol Reef National Park is the most underrated. It’s best known for the Waterpocket Fold – a section of the Colorado Plateau – that was upended for a stretch of more than 100 miles and is supposedly visible from space. Another unexpected feature of Capitol Reef is the fruit orchards. From June to October, the park’s some 3,000 fruit and nut trees in Fruita Rural Historic District are ripe and free for the picking.

Capitol Reef is massive park in total size at 979 km², but surprisingly quick to explore since most of the park is accessible from Scenic Byway 24. Even if you don’t have time to stay, you can pass through it on your way from Bryce to Arches for one hell of a drive.

Goblin Valley is a strange little State Park with mushroom-like pinnacles – or “goblins”.

There are just a few trails, so you’ll only need to stay for the day to get a good sense of what the park is all about. If you want to plan it in, Goblin Valley is about a 40 minute detour off of I-70, or more like 20 minutes detour if you’re taking the Scenic Byway 24 between Capitol Reef and Canyonlands.

Arches National Park is quite literally named for the more than 2,000 Sandstone arches, the most photographed of which are Delicate Arch and Landscape Arch. Other notable highlights of Arches is Park Avenue – a long corridor with sheer walls.

Alright, now that I’ve got that rather factual description out of the way, I will disclaim Arches isn’t my favorite National Park in Utah. Some of the geology is truly beautiful but its badly overcrowded and hard to getaway. Since Arches is just outside of Moab, by all means, go! I just recommend it as a short stopover on your way to Canyonlands.

Dead Horse Point State Park is grimly named for the horses who were once corralled there and left to die. Perhaps a more compelling reason to visit is the tremendous views into the canyon from 600 m above.

It’s just as beautiful as the nearby Arches and the Islands in the Sky district of Canyonlands, though less known and significantly less crowded. It’s also a good spot to save your campsite if all those in Arches are booked up.

Canyonlands is a protected area spanning 337,598 acres in Southwestern Utah. Despite its proximity to Moab, it’s relatively inaccessible (which means its less crowded than many of the other Utah National Parks!). It’s made up of four distinct districts – The Needles, The Island in the Sky, The Maze, and The Rivers – each of which is rugged, remote, and uniquely beautiful.

Canyonlands National Park is one of my favorite places on earth. If you have the time and energy, extend your trip by backpacking the Needles or camping at Murphy Point. Like Arches, Canyonlands is also near Moab, meaning it’s easy to string them together into one big trip.

Paria Canyon/Vermillion Cliffs Wilderness straddles the state line; you’ll drive in and out of Utah more than once on your way to Coyote Buttes. While Coyote Buttes are technically in Arizona, it’s well worth the add. The sandstone lines are extraordinary and there are plenty of other bizarre rock formations to check out.

Goosenecks State Park is best known for a unique geological occurrence called a “gooseneck”. In plain terms, the gooseneck of Goosenecks State Park is a stretch where the San Juan River carved out 6 miles of its path in a series of tight switchbacks. You can check it out the layers of time from a viewing platform some 1000ft above the river.

As the park is undeveloped, it’s a great spot for primitive camping and stargazing. Goosenecks State Park is in the Southeast corner of Utah making it tough to “swing by”. But if you have the time, it’s about 2 hours from Canyonlands and can be coupled with a trip to Oljato-Monument Valley.

Any stops you wouldn’t miss? State Parks or National Parks in Utah that didn’t make the list? Share with us in the comments below.