Bay to Breakers [not Beta Breakers] in San Francisco | USA 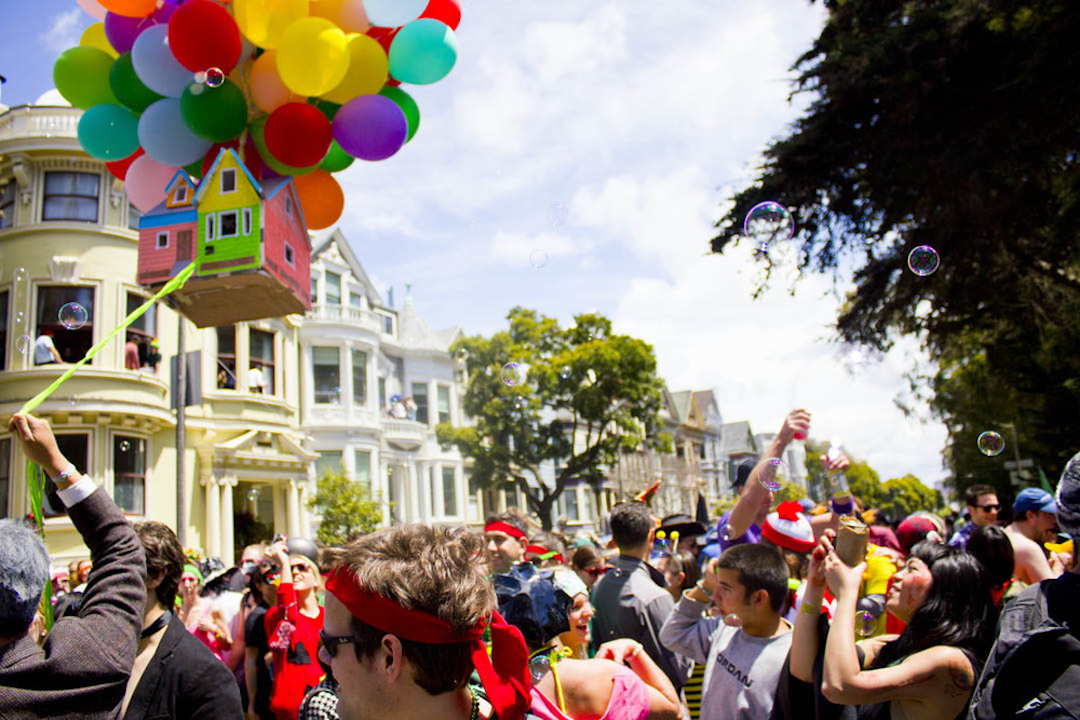 “It’s an annual 12km footrace in San Francisco but nobody is running.”

“Oh shoot! I’m sorry, but the correct answer will be ‘What is Bay to Breakers.”

Ok, maybe a lot of people are running (30,000+ or so), but we probably aren’t this year… and we haven’t for the last two either. We will also be waking up at 6am, but we’re drinking breakfast beers instead of energy goo and putting on our finest gorilla costumes rather than running shoes.

The answer to the question you’ll be asking all day? Yes, that adult man is jogging nude.

When we moved to San Francisco in 2013, we had no idea what Bay to Breakers was all about (as evidenced by the fact I thought it was called “Beta Breakers” for the months preceding). Under the leadership of more vetted friends, I ordered a tutu off of Amazon, and stocked up on PBR and bacon breakfast burritos for my first ever experience with the event. The following year, I spent the morning sewing dalmatian ears onto Daniel’s favorite hat and scavenging a bizarre Easter Bunny costume for his friend. Last year, we went full Tenenbaum and wandered into houses where we truly knew no one.

Whether you’re third-generation San Francisco, new to the city, or are just passing through for the weekend, you ought to stick around for one of the best things to do in San Francisco. There’s really no better way to see all the weirdness and wilds of San Francisco in a single day than here. So what is Bay to Breakers? Read on: 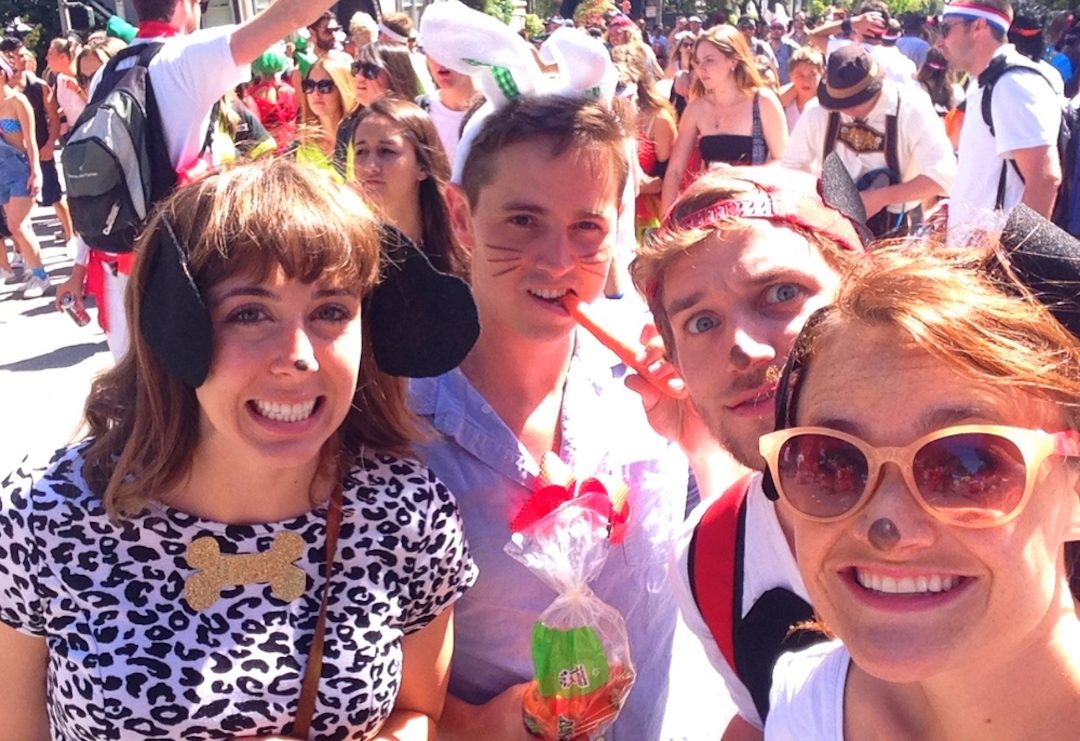 where in the world is Bay to Breakers?:

Bay to Breakers takes place in San Francisco, CA, USA. Appropriately named, the race runs from Downtown San Francisco (Bay) to the Outer Sunset (Breakers). If you’re not in the run, you’d be best to head to the Panhandle where residents open up their homes to massive parties and the parks swarm with day-drinkers.

when is Bay to Breakers?:

Bay to Breakers falls on the third Sunday in May. This year, it will be taking place on May 15th, 2016.

the people you’ll meet at Bay to Breakers:

Famed for public nudity and extravagant costumes, you’ll probably meet seven girls dressed as Shark Week, the entire Super Mario Kart crew, a group running the course in reverse dressed as salmon, or a pale-legged and pantless runner who’s body fat levels will put you to shame. You can’t really have Bay to Breakers without the San Franciscans who dress the part, and you’re out to meet a lot of them. 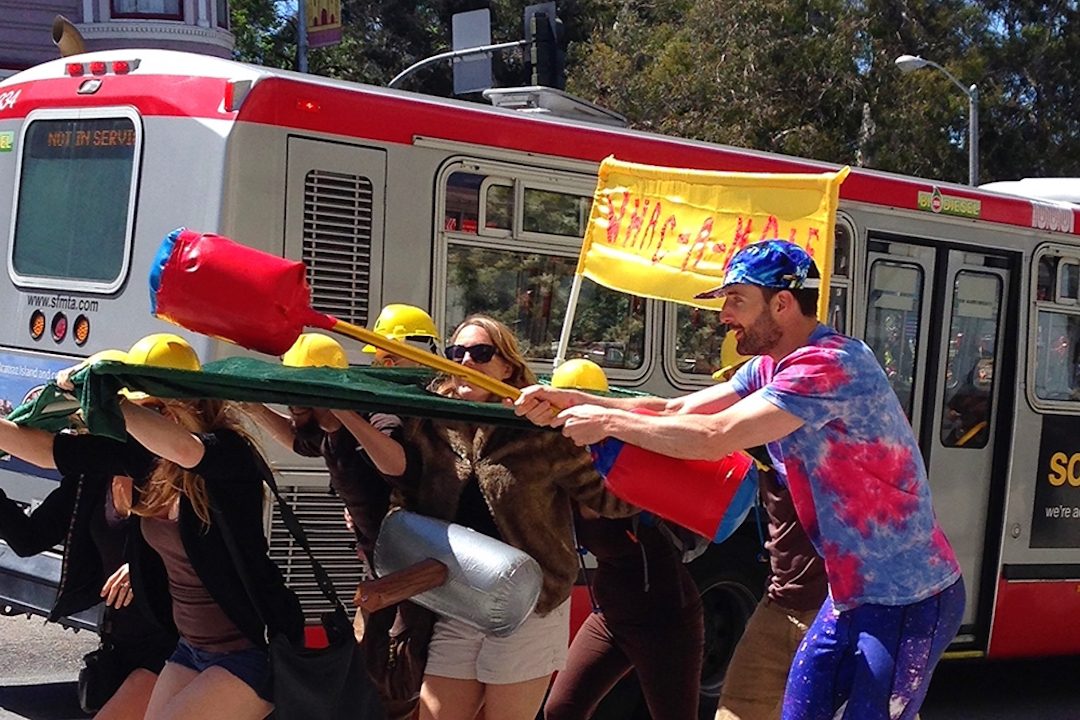 how racey are we talking?

This event is pretty spectacular, and gets 9 of 10 stars for inclusiveness and ridiculousness. I’ve never been to another event where you can have such a good time even with nowhere to go. Whether you complete the race, end up sitting on a curb, or manage to make your way into one of the hectic house parties, you’ll find a good time somewhere along the Bay to Breakers course.

Founded as a way to boost morale after the devastating earthquakes that shook the city in 1906, Bay to Breakers has run since 1912, spanning the width of San Francisco from Embarcadero to the Ocean. To run the race, you’ll need to register in advance on the Bay to Breakers site. To be part of the rest, be sure to show up at the Panhandle by the time the race is up (10am at the latest!) and don’t forget a costume. Halloween has got nothing on this.

how do I get there?

Public transport reroutes on Bay to Breakers, so your best option is to walk or take a rideshare to where most of the action is taking place. Head to the Panhandle (on Fell or Hayes between Baker and Stanyan) for the house and park parties. If you’d prefer public transport, you can also take the BART to Embarcadero and follow along with the race course to cheer on runners. If you’re coming in from out of town, the nearest major airport is San Francisco International Airport (SFO).

Are you out for Bay to Breakers this year? Let’s see your costumes in the comments!